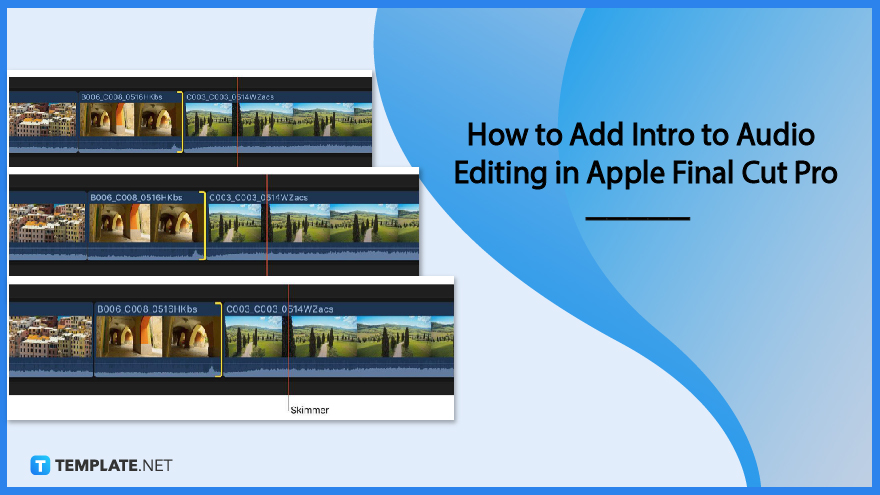 With Apple Final Cut Pro, you can perform basic film or video editing tasks among many others. One of the ways to take advantage of this application’s tools and features is by adding an intro to audio editing.

What is the keyboard shortcut to cut or trim audio clips in the timeline?

What is the function of the ripple edit in Final Cut Pro?

The ripple edit in Final Cut Pro is the app’s default trim type that removes the gap in the timeline by adjusting a clip’s start and end points.

What is the default duration for fades in Final Cut Pro?

The default duration for fades in Final Cut Pro is one half-second.

How to remove fades at both ends of the clip in Final Cut Pro?

To remove the fades at the start and end of a selected clip, choose “Modify,” then “Adjust Audio Fades,” and “Remove Fades.”

Why should you add an intro to a video project during audio editing?

Adding an intro is necessary for any video project because it sets the tone of the whole video and adding it at the beginning of the audio editing process is convenient for the editor.