Popular social media networks and platforms permit (and occasionally demand) the use of video clips with different aspect ratios, like square or vertical, for playing in an app or on the web. Multiple versions of a project in various aspect ratios are a relatively new post-production task. 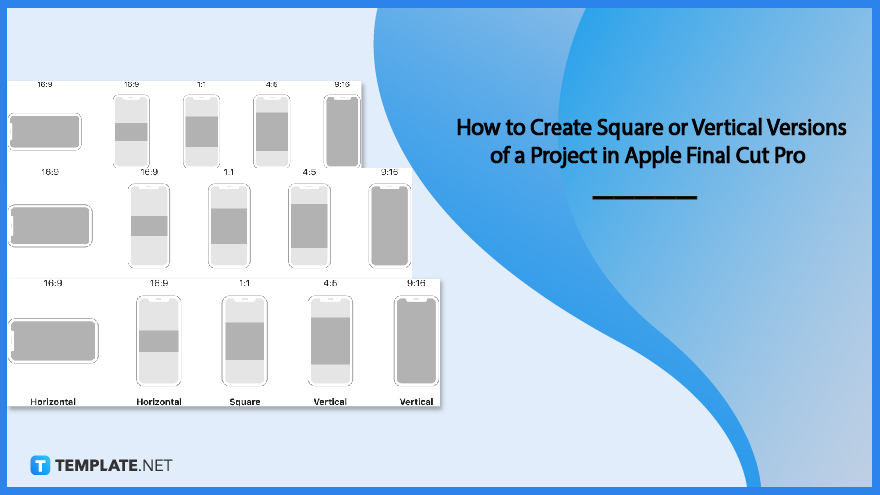 With the help of Final Cut Pro, you can transform projects with typical horizontal aspect ratios, such as those for film or television, into outputs of any size or shape, including square or vertical.

What is the use of the Smart Conform feature in Final Cut Pro?

The Smart Conform feature in Final Cut Pro examines each clip’s content for faces or other visual interest points and automatically reframes clips whose aspect ratio differs from the project aspect ratio, making projects easily converted from horizontal or widescreen to square or vertical, and manual framing modifications can subsequently be made using it.

Is it possible to add a custom overlay when placing text and graphics in the frame?

Yes, you are able to apply a customized overlay to serve as an onscreen guide when placing text and graphics in the frame.

What are custom overlays and how are they used?

Custom overlays are comparable to title-safe and action-safe overlays with the exception that custom overlays can be tailored to your project’s requirements, making them useful for the numerous vertical and square aspect ratios that are common in social media.

What is an aspect ratio?

An aspect ratio of a video or a picture usually refers to the ratio of its width to its height, and it is often expressed as two numbers separated by a colon (the most commonly used aspect ratios are 4:3, 16:9, and 3:2).

What are the aspect ratios for the square or vertical versions of a project in Final Cut Pro?

The aspect ratio for the square version is 1:1, and for the vertical version is either 4:5 or 9:16 for a project in Final Cut Pro.