Back in the old days, a lot of things had to be done manually some of which are so repetitive. And then technology developed, and it allowed computers to do those things so that we don’t have too. This became known as IT automation. The great thing about them is that it handles most of the menial tasks and sometimes the important ones on its own without the need for the input of the employees. This reduces the cost estimation on a lot of things within the company. When you are running an IT and software business in particular, you are bound to use these types of technology. It is a fast developing industry and is being incorporated into a lot of businesses. Here are seven automation trends that you will probably hear more about soon. 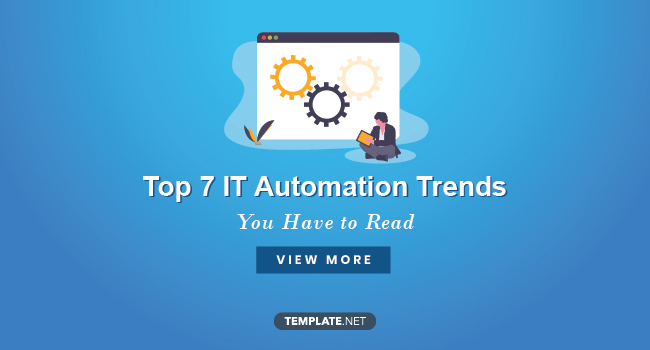 Download this Free Top 7 IT Automation Trends Article in PDF

While it is not a trend on its own, it has helped in the development of various other IT automation trends. When it comes to testing software, a separate one is used to handle the necessary but repetitive things needed for the testing. This is test automation and it is a great way to ensure that whatever software you are creating will work perfectly. With its capability of substituting the computing tasks of the software being tested, it is used to test the effectiveness of other technologies such as the Internet of Things, Artificial Intelligence and Machine Learning. Other potential applications this could be used in include budget planning and organizing of reports, an ideal thing to have in most companies.

With a lot of data and information involved in IT and software work, it is quite difficult to analyze them all manually. This is where automated decision making comes in handy. It is in which all the analyzing and managing of information is done by a computer system without any employee involvement. Then presents its results that will be able to help you make an informed decision. The great thing about this feature is that most of these systems are also capable of learning allowing them to produce a better result for every problem and data you present to them. Despite being a recent practice, there have been a lot of cases where an automated system is used to help to make decisions involving the company, things like business plans and strategies are often consulted with an automated decision-making system before implementing them.

A lot of tasks in the office can be really repetitive. Most of these tasks are simple but can consume a lot of your employee’s time at work. To get around that, a lot of companies employ the use of robotic process automation. These automated systems are quite capable in doing repetitive tasks to save an employee’s time and effort for other important responsibilities. To give an example, employees used to manually calculate finances and budgets but those usually take a lot of time and can be mentally exhausting as well. But with a Robotic Process Automated system, not only is this task lifted off of the employees but considering this is now handled by an AI this leaves for no human error in the calculations if they are incapable of that. With this trend, the workforce is going to be more efficient and productive with most of the simple tasks being done on its own.

Another trend similar to robotic process automation, this is tailored to perform the repetitive and simple task in processes within the corporate setting. What makes it different from the usual IT services is that this also uses artificial intelligence in order to effectively perform simple employee tasks without the risk of human error. Some of the things it could do are organize email, analyze data, scheduling, and detect certain information. The benefit of utilizing business process automation is that it produces an efficient work system and standardizes the operations going on in the workplace. It also allows management to easily monitor the progress of the employee’s performance by checking the system which gives businesses an easy way to check on how they are doing as an organization.

A lot of businesses generate huge amounts of data in a year, and it is going to increase as the years go on. However, all these data can be processed and analyzed efficiently thanks to the development of data optimization. Through it, all your data can be put to good use instead of being wasted, and using this method costs less money than hiring an analyst. The advantages provided by data optimization is that with its ability to analyze data quickly, your company is able to act on the information it has provided a lot quicker, enabling you to adapt to the fast-paced world of business.

Also known as network infrastructure management, it refers to the physical equipment, material, and resources needed in order to form an operating computer network for the company to carry out its operations. It is a vital trend in IT automation as it allows for the monitoring of various issues within a company’s network without the need for human input. With its various capabilities, it can prevent problems from occurring, improve the experience of users, as well as reduce the costs for the company.

This method of IT Automation is an emerging trend in which a lot of business processes are handled easily thanks to the help of visual aids. Think of it as a web development project, with icons and visual interfaces you can work on an automated system so easily without needing knowledge of coding or programming. This can give a huge advantage to a lot of companies as it allows users with limited knowledge of coding to work with an automated system. Usually, training has to be provided for some employees in handling automated systems, but low code process automation is quite simple to understand since it is already tailored to be easy in use. This trend in IT automation can certainly boost the efficiency and workflow of a company.

With all these new trends in IT Automation coming to the fold, the face of business is going to change. A lot of new jobs will be made and certain ones will be made obsolete. However, it is always the case whenever new technologies are made and integrated into society.