Back then, every little progress for businesses was already enough. However, as the demand succeedingly rises, there are also sudden changes in competition. Because of this, starting a business involves thorough research, plan, and strategy. As you engulf in this new leap, it’s essential to consider the marketing tactics that you should invest in. Remember, business promotion does the job of expanding your market exposure. Although Google is now accessible for various platforms, being up to date with new devices, resources, and technology, in general, is crucial. 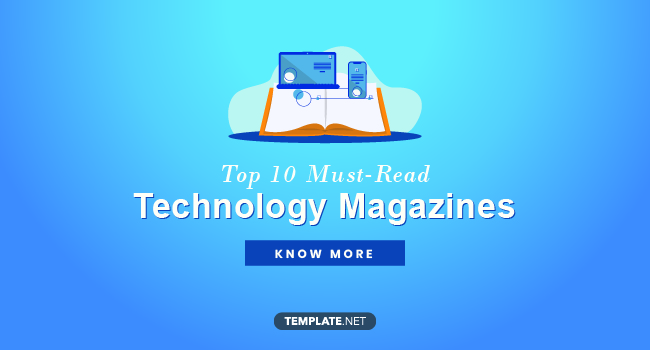 Right now, you are probably seeking help to get the latest technology in the market today. So, let’s learn more through the list of tech magazines that can help you be aware of the most excellent deals.

When you say a decade-old publication, Computerworld is among the well-known magazines that went digital in 2014. Its first issue was released on June 21, 1967. Throughout the world, it has been published under the same publication name. It is also among the best sources of information in terms of mobile applications, computer software, data servers, and security installers. Most business owners and IT experts find this magazine useful material for current topics relating to their needs. Computerworld has been featured in several special reports that eventually established to be successful in revenue.

Condé Nast is a company that publishes in print and online edition magazines since 1993. The company named its publication, Wired, which is an American monthly magazine that mainly focuses on the rising technological advancements that affect severely on the political, cultural, and economic aspect. Other than that, if you plan on obtaining recent updates about artificial intelligence or self-driving cars, this is a go-to publication that provides a wide array of information.

Linux magazine established its name in the industry in 1994. This magazine published its first issue in the German language. With its expansion in the market, it now publishes problems in English, Polish, Spanish, and Portuguese language. More and more, it becomes widely accessible for people from different countries. Linux magazine focuses on free software. Other than that, it focuses on practical applications and real-life techniques that are famous in gamers and web developers.

Brought to life by the Massachusetts Institute of Technology in 1899, MIT Technology Review’s primary mission is to produce well-written information on the impact of technology on today’s fast-paced environment. The company also aims to give a comparison of the negative and positive side-effects of technological devices. Throughout the decade, MIT Technology Reviews has presented breakthrough published issues that professionals enjoy.

Because technology and science have been widely used by millions of people today, it’s good to expand knowledge by reading relevant articles. This is where American scientist is widely known. Since 1913 American scientists have published credible and informative news about science and technology. Trusted by millions of readers, it is a bi-monthly publication that has been renowned and awarded for its continuous delivery of information. But apart from that, each article published by American scientist is written by leading scientists and engineers. This is among the factors that make this magazine credible and trusted by many.

Through digital transformation, dramatic changes could appear to pose challenges. By now, you are probably seeking information on lab-tested solutions for your unanswered checklist of computer-related problems. Network computing is among the top-leading and award-winning magazines in the UK that provide users with ease and accessibility through printed issues. This magazine produces lab-based and planning information and technical reviews. All information inside is prepared and written by an expert editorial staff composed of IT experts and real network professionals.

Formerly known as Boot, Maximum PC is a San Francisco based magazine. This magazine serves as an ultimate material of use for web developers, computer enthusiasts, and gamers. If you are wondering what it offers, generally, Maximum PC is a magazine that focuses on PC hardware. Inside is informative pages that consist of reviews, tutorials, and in-depth information written and edited by notable editors. This magazine features How-to, comments, and walkthroughs as well. And because of technology, you can access their features in PDF file format through their website.

Like computer-related magazines, PC World has been established since 1991 to produce quality information. By its name “PC”, it merely focuses on sending users the reviews, tutorials and latest deals that are computer-related. The company adapted technology in 2013, transforming it into an online publication. Eventually, this has remained its purpose and target readers because it is now convenient and accessible.

Information week was founded in 1985. It’s a digital magazine that provides information about technology through news articles, research analysis, trends, and various quality content. Information Week is known to be intricate with their content. Each year, they publish at least 100 studies relating to business and technology interpretation. Because of their demand, the magazine reached up to 220,000 circulations around the world.

Asserted by the Pew Research Center, there are 10% of the American population that does not have internet access. This data manifests that the majority uses devices, such as computers and mobile phones, that allow them to use internet connection. Because of this, computer magazines like Tech Advisor are successful in their revenue due to demand. It is famous for its forums, reviews, and advice through its website, which is published by the International Data Group.

There are over millions of sources that you can access online. However, there are only many credible sources that you can look at and use for important research and data gathering. With the rest of the world citing and disseminating false information, don’t be one of them. It’s essential to remain vigilant with what you obtain and share with your peers. With the list of technology magazines above, you can take advantage of the current situation, excellent deals, and recent happenings. With an on print and online publication, you can maintain your access to quality reviews, discussions, and tutorials.