Music agreement templates and licensing guides are essential as they safeguard your creation from being used illegally by anyone and everyone. This not only protects the creation but also gets you some revenue if and when the track is being used. However, one should be aware of how it works to effectively enjoy the benefits.

When people want to use the music of other copyrighted artists in their videos or other such creative projects, they need to take the permission of the artist. However, not always can they contact the artist directly. That is when they can get hold of the artist management contract and then use their work. 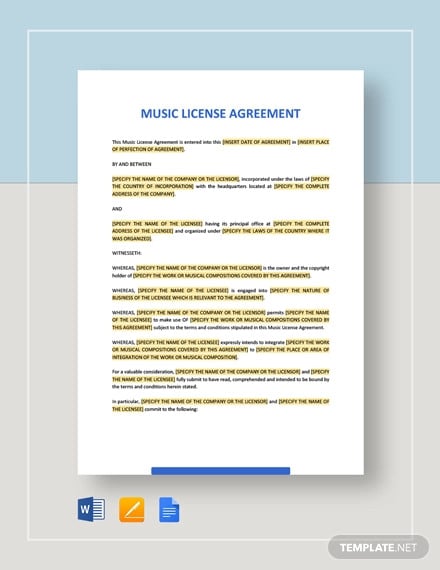 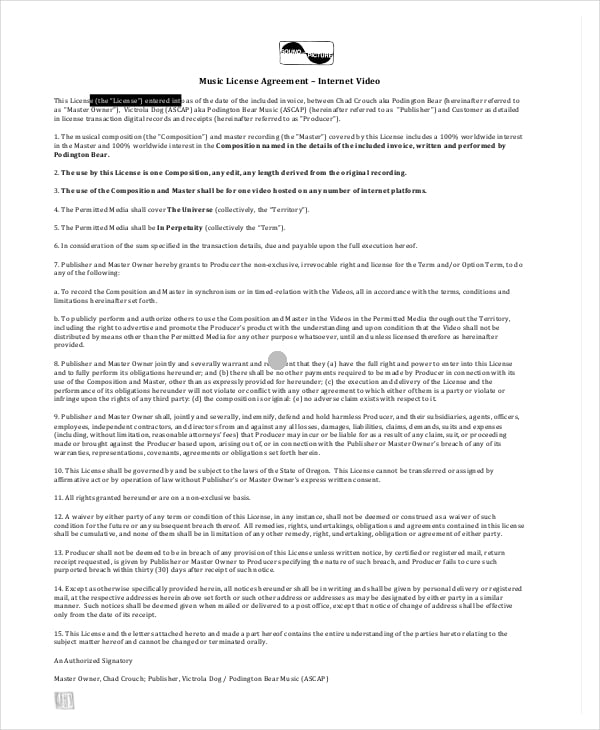 Sample Letter of Agreement for Music 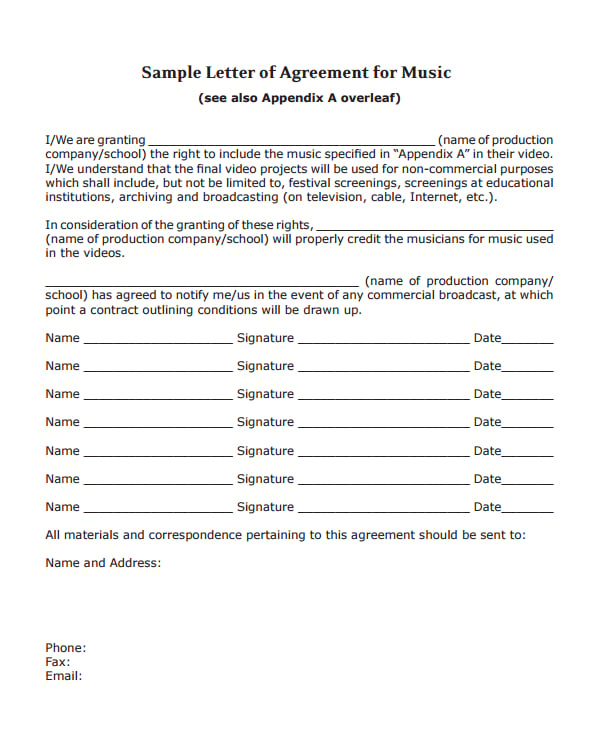 Writing a Contract for your music rights is very similar to writing any other contract. However, it sometimes requires certain key elements in order for it to be fair to all parties involved. Some of those key elements in collaboration agreement templates are further mentioned below: 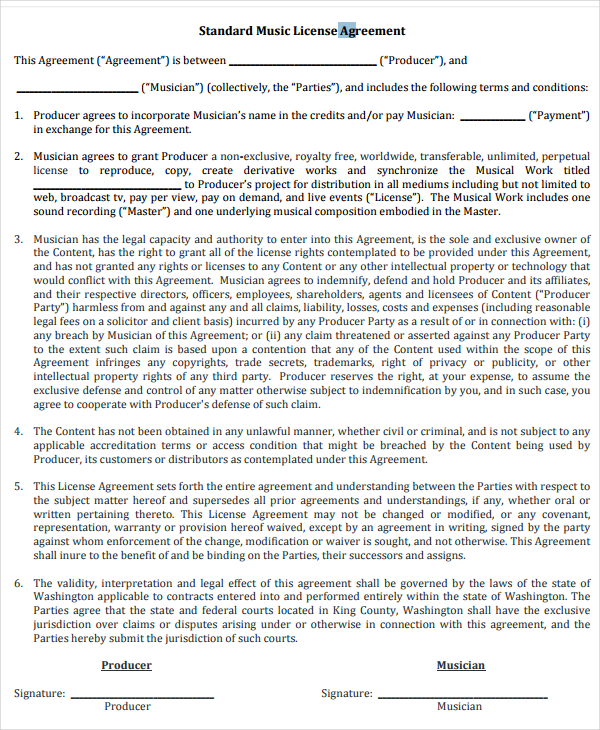 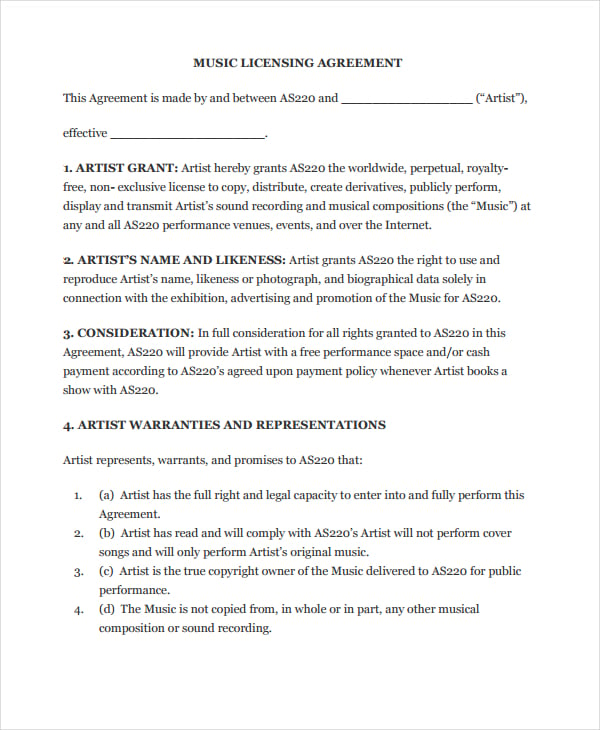 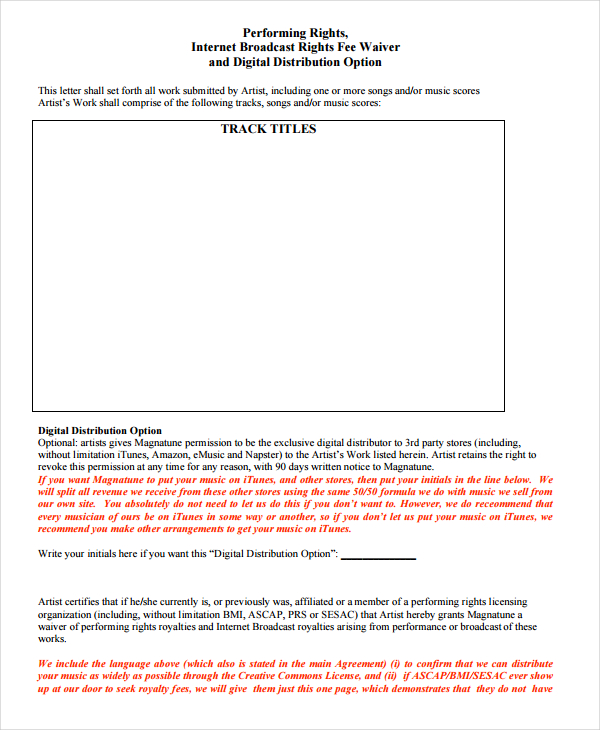 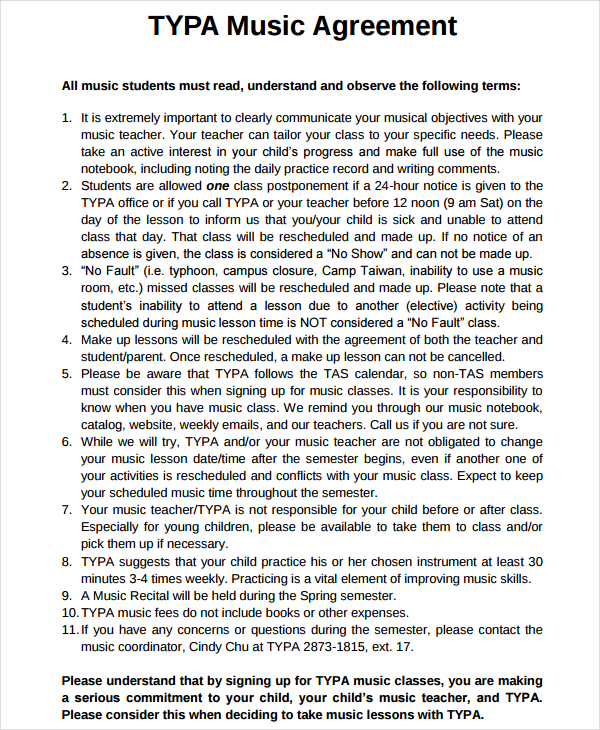 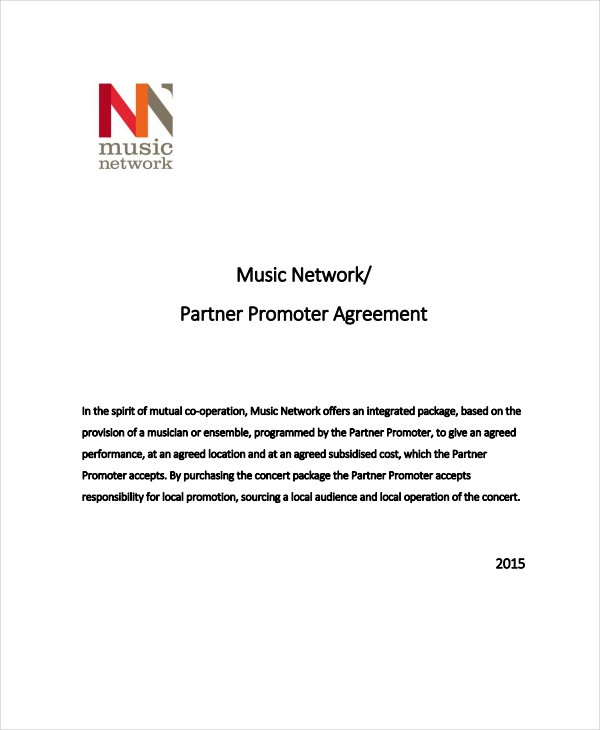 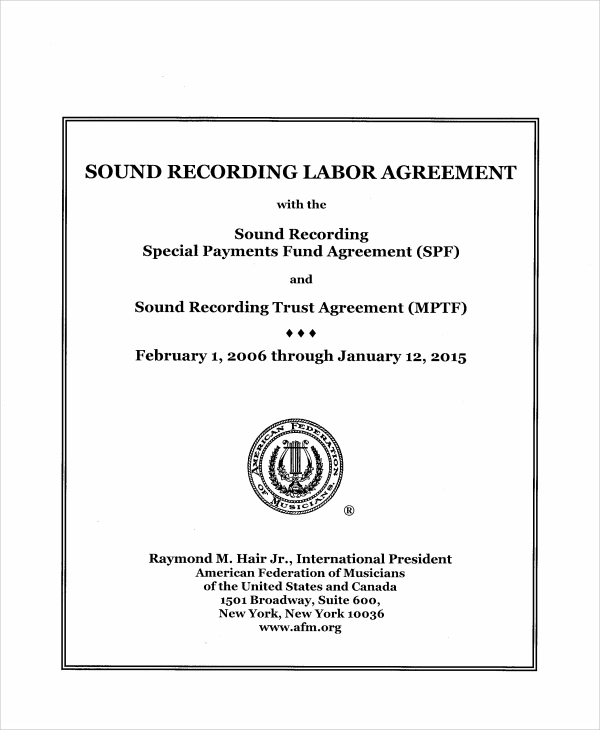 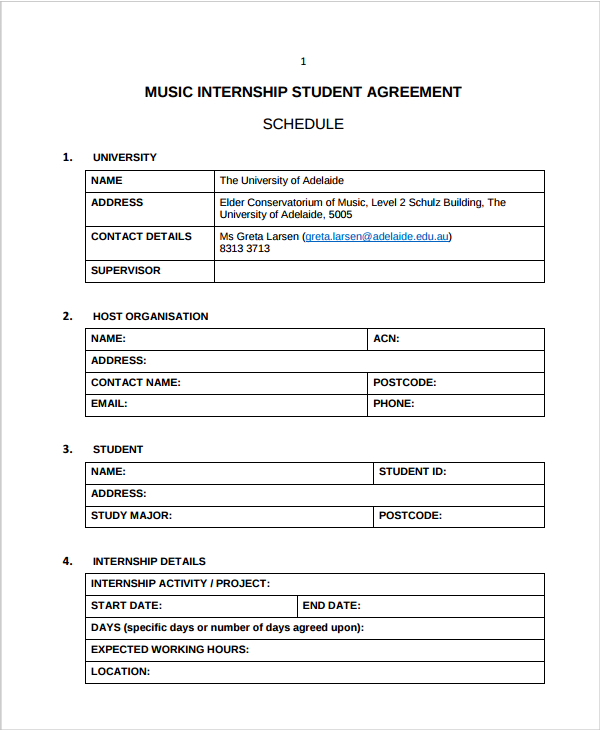 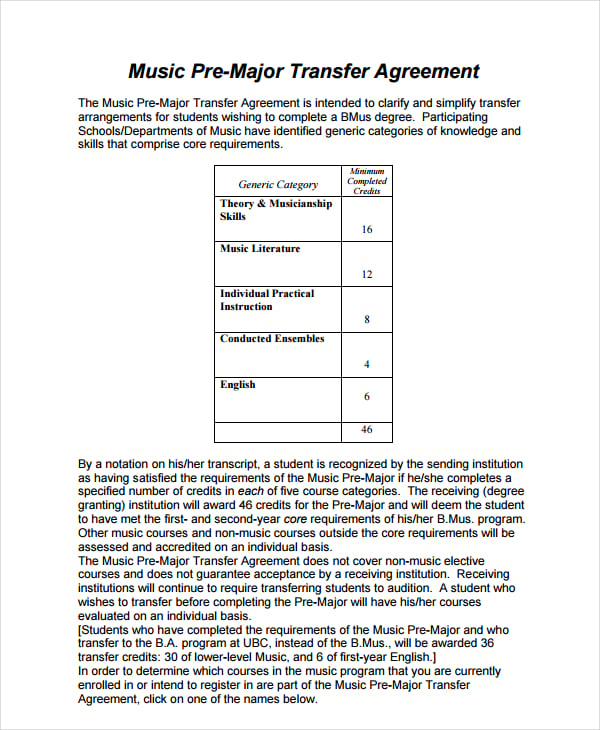 A producer who is working with a major record label usually has an experienced attorney helping them make their decisions and negotiate deals on behalf of them. However, some of who really needs help with a performance contract templates is an indie producer. There are a few things they should know before signing a contract. They are further explained below:

To use a song or music in a public context, it is mandatory for an individual or a firm to buy the rights to the song. Buying the rights to a song is essentially a three-step process: