Children act out especially when they want attention. That’s normal. What isn’t normal is when they behave in ways that would have you mentally, physically and emotionally exhausted. Being around children is challenging. And although it’s also very rewarding and fulfilling to mold minds whether you’re in the teaching profession, child care business or as a parent, you’ll have very tough days to face when it comes to kids with autism. You may also see Analysis Templates. 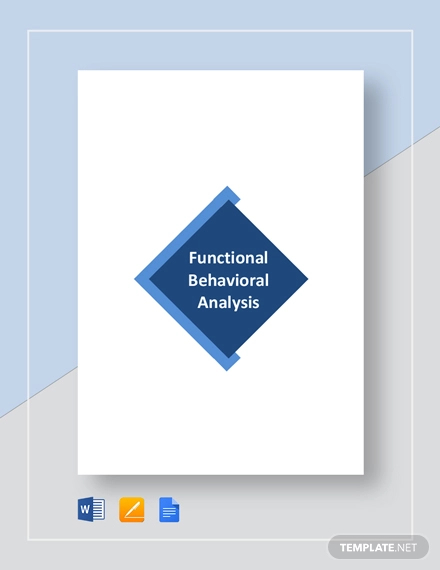 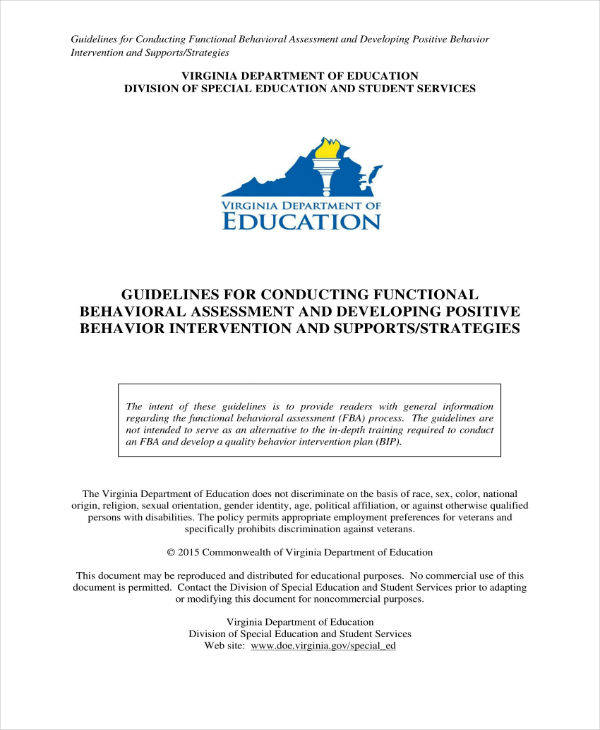 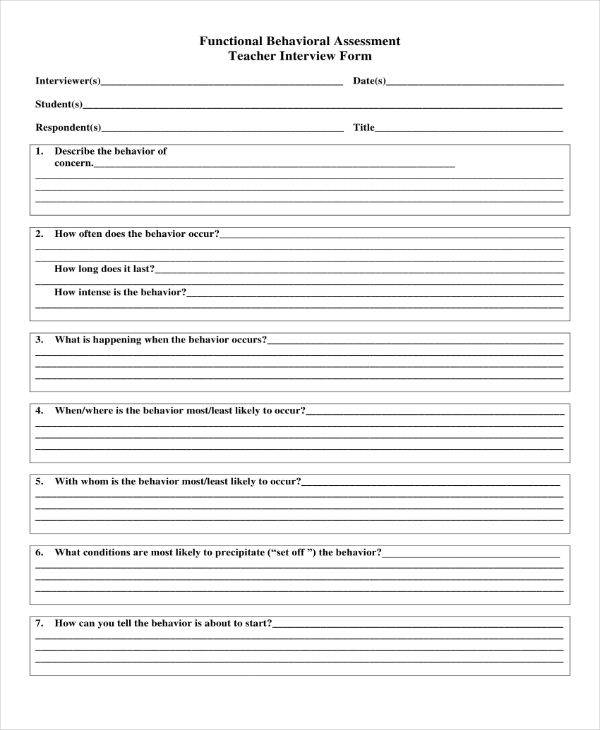 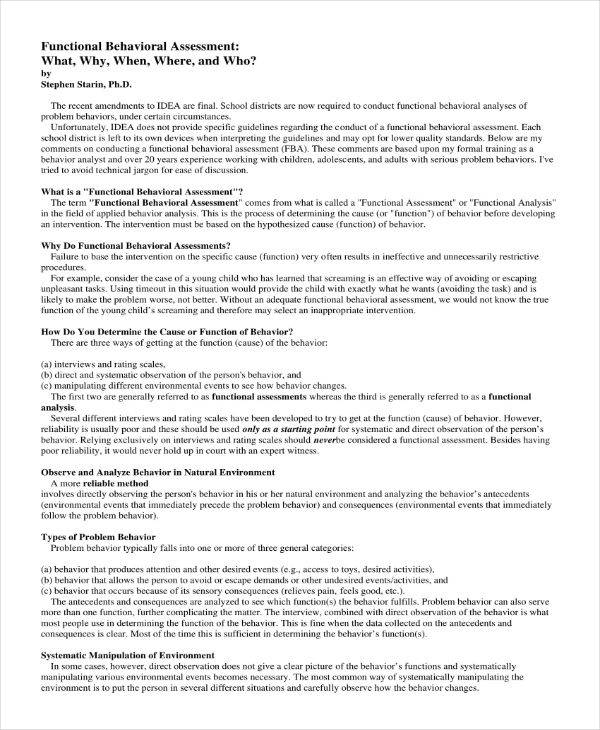 When students show undesirable behaviors or act out in ways that are beyond any teacher or staff’s control, most educational institutions have processes in place for situations that takes some serious reckoning, or when faced with cases that are impossible to resolve within standard classroom practices. Part of such processes often involves writing a functional behavior assessment or analysis (FBA). Currently, more and more IEPs are encouraged to conduct FBAs as part of their strategies. You can also like audience analysis templates.

For Albert Einstein, “The definition of insanity is doing the same thing over and over again but expecting different results.” And while this may be true, depending on how you interpret it, parents and teachers still fall prey following the same pattern when dealing with a child’s difficult behavior. If you aren’t getting the results you expected with what you currently have as child behavior management strategies, it might be a good time to consider a functional behavior analysis as an applied technique of trying to evaluate significant (mis) behavior.

The analysis would lead you to the right therapy giving more focus to welcoming new techniques in reducing problem behavior. It’s pretty common for both parents and teachers to proceed to skill acquisition in the application of this techniques when it’s their first time but in order to effectively teach new skills, you have to prioritize addressing the difficult behavior. You can also see fault tree analysis.

We already know that a child’s behavior can be a stumbling block for their academic and social success, thus this analysis further encourages parents and teachers as well as caregivers to give more attention to behavior reduction and management techniques which would only be possible after completing a functional behavior analysis. 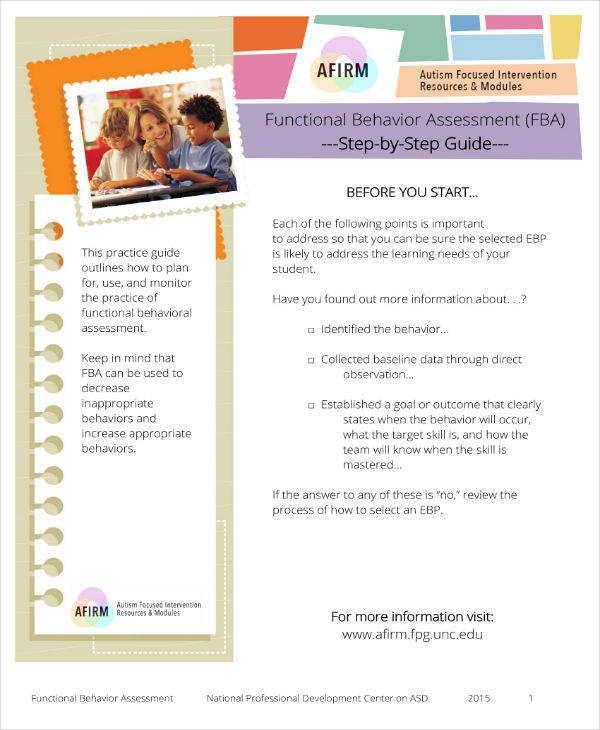 What is a Functional Behavior Assessment/Analysis?

While most people can determine what type of problem behavior they want to address in order to control or manage tantrums or aggression, especially with kids who have autism, the reason for such behavior is usually not revealed until after conducting a functional behavior analysis or assessment. To look beyond the behavior and how serious it is would be a crucial step in maximizing the (positive) results of behavioral interventions conducted. You can also like company analysis report templates.

Behavior does not happen in a vacuum and this is true to understanding all types of behaviors, including the most difficult ones our kids manifest. In order to develop an effective behavioral plan, it is important to have a good understanding of the certain environment fostering the behavior. It is also just as important to identify the “whys” of negative behavior exhibited by our kids. What is the child trying to tell you, or achieve by resorting to challenging behavior and what are the possible alternatives we can give them? True to its name, part of the analysis is to acquire the behavior’s function. You may also see behavior analysis templates.

Failure to base the intervention on the specific cause (function) very often results in ineffective and unnecessarily restrictive procedures. You may also like customer analysis templates.

For example, consider the case of a young child who has learned that screaming is an effective way of avoiding or escaping unwanted tasks. Using timeout in this situation would provide the child with exactly what he wants (avoiding the task) and is likely to make the problem worse, not better. Without an adequate functional behavioral assessment, we would not know the true function of the young child’s screaming and therefore may result in selecting an inappropriate intervention. You can also read market segmentation analysis templates.

If you’re tasked to evaluate your students’ behavior using FBA in order to see how you can address them and you haven’t written one before, the idea of completing one can be intimidating, especially if you aren’t familiar with the concept of such analysis and its intended purpose. You would have a difficult time trying to effectively contribute to the said process as a result. You may also like sample customer analysis templates.

Whether you’re a teacher, a member of the non-teaching staff who’s trying to help, or a parent wanting to be more acquainted with the process of addressing behavior related to autism, the steps we have provided below, can be helpful, especially when you don’t know where or how to start with your functional behavior assessment:

1. A functional behavior assessment is exactly what its name says. 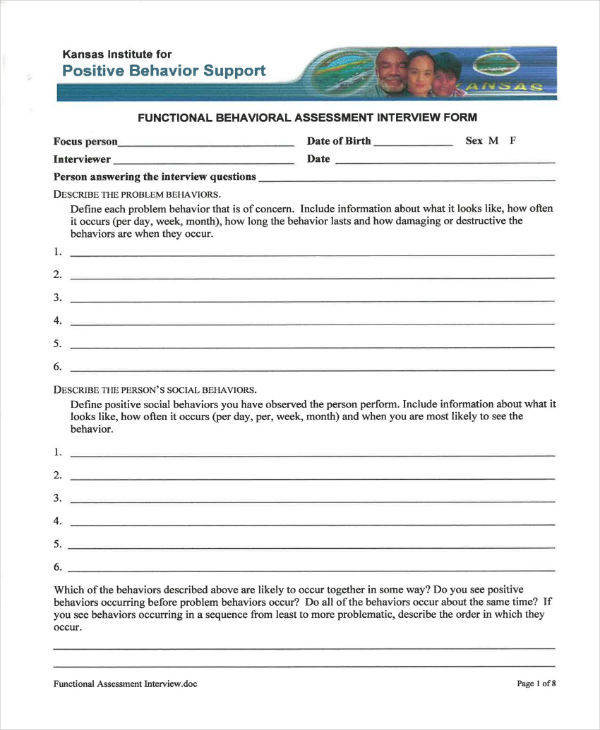 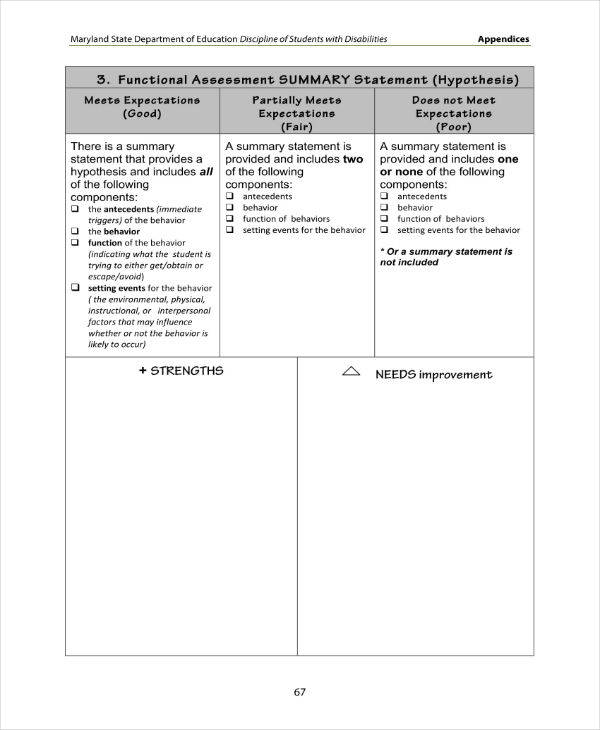 2. Define and clearly describe the difficult behavior in clear terms.

For instance, you have a student who throws objects. Are you saying he’s throwing toys or notebooks directly at you, on purpose? Those two don’t necessarily mean the same behavior and can be categorized as two different things. It is therefore very important to clearly discuss the behavior you are seeing to make sure all parties involved in the analysis are on the same page on what is being described. You can also like product analysis reports.

3. Determine the function of the behavior

The next step would be using the data you gathered in developing a hypothesis regarding the function of the behavior. The functions usually count under the categories below: 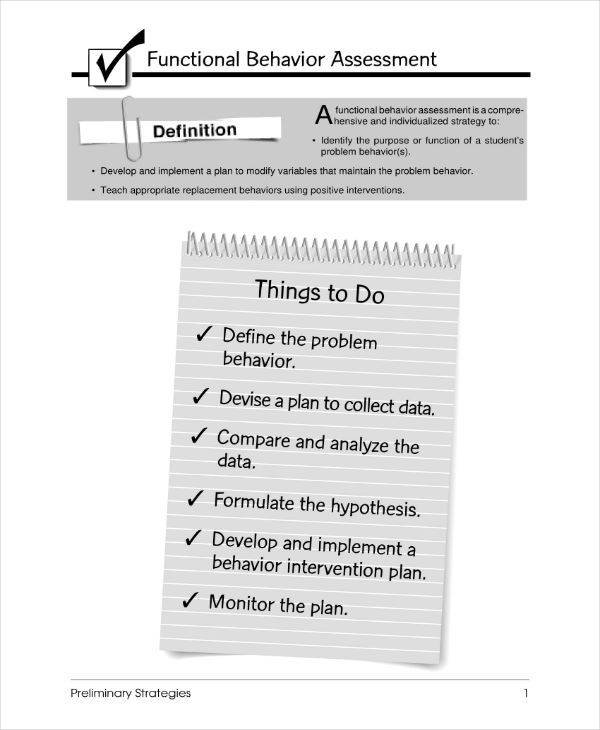 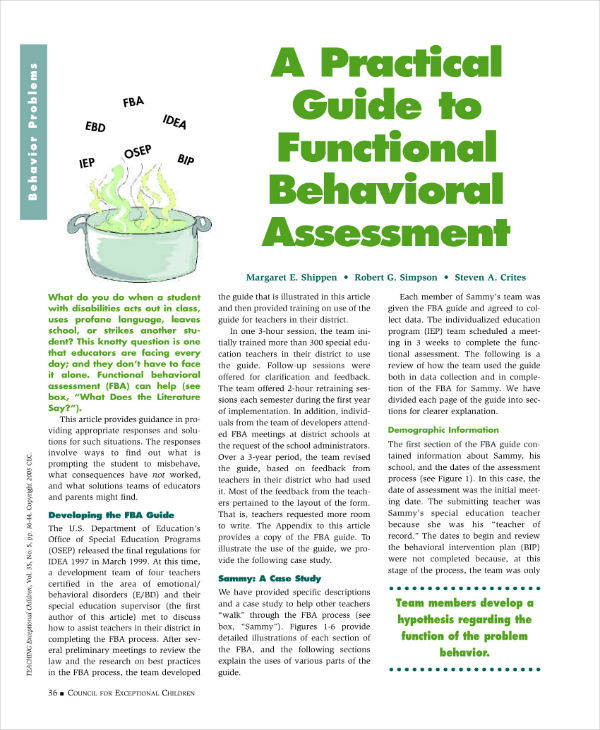 We can then say that a functional behavioral analysis takes more than just a team of people with stacks of paper sitting around, looking at children or people with problem behaviors trying to find the cause. While it is very important to collect data from significant people in someone’s life, this is not enough and it’s also not enough to just watch a child for sessions at a time in coming up with a behavioral plan either.

Although the analysis takes time and a great deal of effort as well as research to get a sound result, it is usually a time well spent since the intervention following the analysis would be more likely effective than anything developed without careful reasoning or any level of expertise and careful factoring of behavior functions. You may also see situation analysis templates.