Henry James once said, “It takes a great deal of history to produce a little literature.” It takes a great deal of scholarly effort and time to read about history and know what people in the civilizations that lived before us, had been through; how they lived, how they felt, at a time when they had no access to everything we have access to, and how they learned or studied, and how the kind of lives they lived lead to the literature we have today. you may also see Analysis Templates.

Countless people and experts on the field of literature had gone through lengths scrutinizing and looking deeper in the writings of history’s greatest thinkers. You can also read sample situation analysis templates. 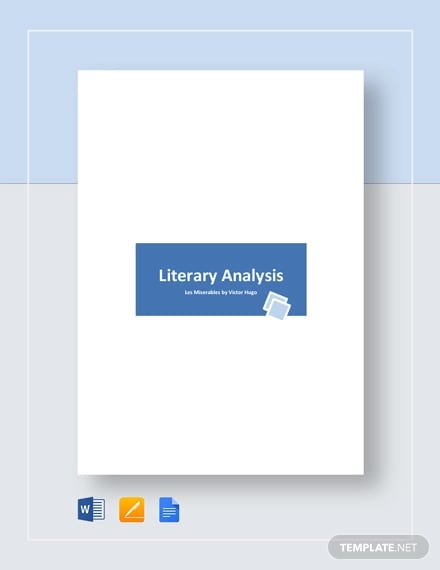 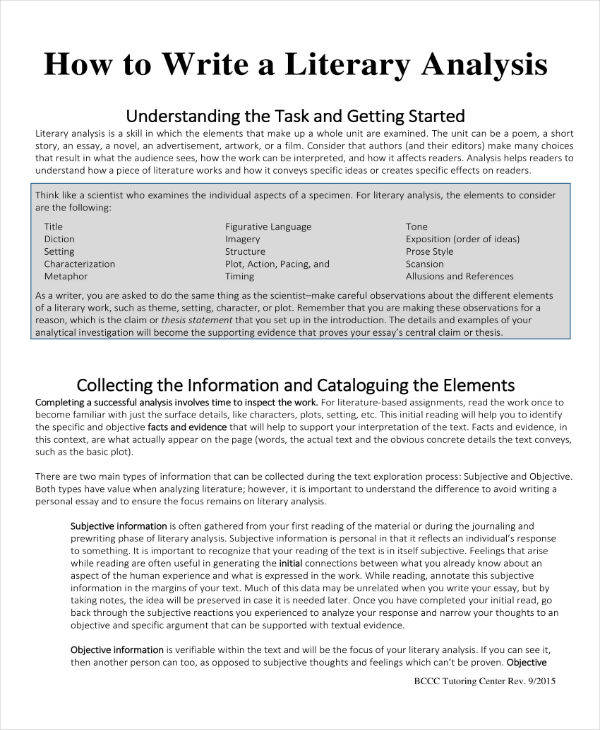 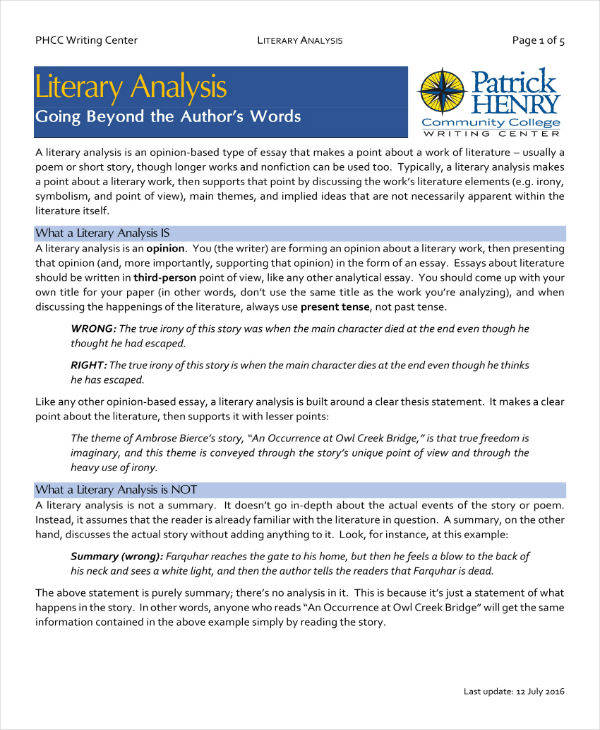 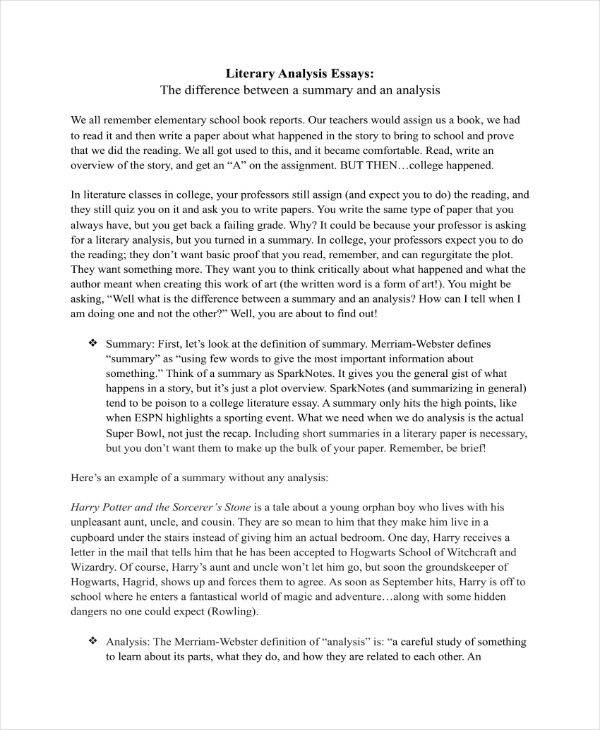 This is how literature was introduced, otherwise, little girls wouldn’t have the pleasure of hearing Hans Christian Andersen’s The Little Mermaid, from their mothers’ bedtime stories. Or read through Chaucer’s “Canterbury Tales” in your younger years. We wouldn’t know who Helen Of Troy was if we haven’t heard about Homer’s The Odyssey and if we weren’t privy to the stories being told and retold, read and reread over thousands of years, with every civilization and era in history having its share of tragic and beautiful tales. You may also read requirement analysis templates.

Because of the amount of time it took to discover ancient texts, and the fact that many of it have been lost over the last century, whether on purpose or by accident or simply by the complete disappearance of the culture whence it came from, there’s an issue of creating a common or uniform global history of literature. Many stories about the destruction of the Library of Alexandria in the 1st Century B.C. had surfaced over the years, and the countless important texts which are now believed to have been completely taken by fire. You may also read business gap analysis templates.

The deliberate suppression of historical texts and most of the time, including their authors by powerful religious organizations also further clouds the subject of literature’s history. At this point, it might be a good consolation for the rest of us to consider the history of literature, as history itself. You may also read customer analysis templates.

Philosophy first came into literature through Plato’s dialogues, with Plato converting the exchange of Socratic questioning into writings. Plato’s student, Aristotle, wrote numerous works on different scientific disciplines but his greatest contribution to literature is considered to be his “Poetics” wherein he defines his understanding of drama, establishing it as the first criteria for what we now know as literary criticism. You can also like sample organizational analysis templaets.

A literary analysis is the process where you have to read a literary work and study it to figure out how the author gets his main points across. The purpose of this type of analysis is to define and sometimes assess a literary world critically or an aspect of it. As with any analysis, this would also require you a breaking down of the subject to its key parts. Analogizing the various elements of a piece of literature is not in itself an end but instead a process to help you increase your appreciation and improve your understanding the work of literature as a whole. You may also read financial analysis samples.

For example, a poetry analysis might involve the use of imagery or with the relationship between the form and the content of the poem. Analyzing a play and discussing it on the other hand, might deal with the relationship between the main plot and the subplot or you might prefer to analyze the character flaw of the protagonist by keeping track of how it unfolds through the play’s acts. When it comes to analyzing a short story, you may have to identify a particular theme being used such as teenage angst or coming-of-age struggles of the main character. In this case, you also have to show how the author proposes that theme through the point of view from which the story is told.

An example of this, is Milan Kundera as an omnipresent narrator of one of his most critically acclaimed works, “The Book of Laughter and Forgetting” where the author seems to be everywhere, living the lives of the characters or telling them, in a book of seven parts that connects as one beautiful narrative. Or you might choose to discuss how a protagonist’s attitude towards society’s unwritten rules is revealed through his or her actions or dialogues as with the case of Ammu Ipe in Arundhati Roy’s “The God of Small Things.” You may also read customer analysis templates. 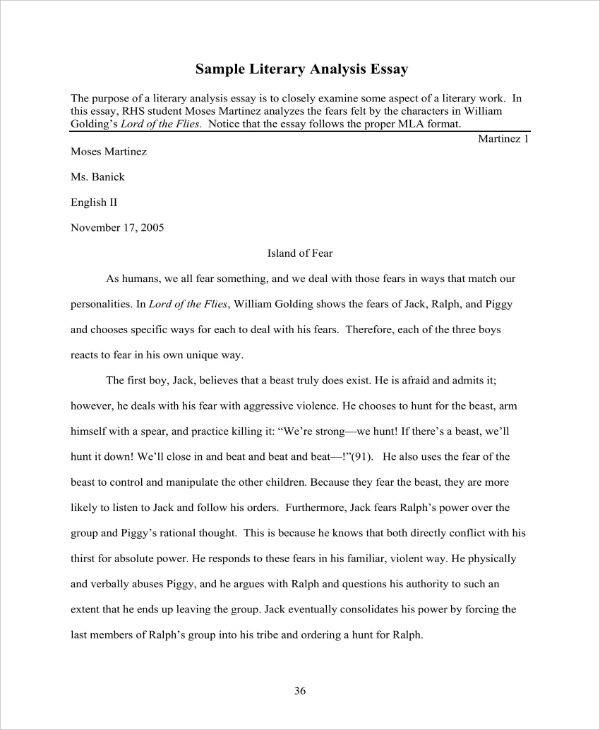 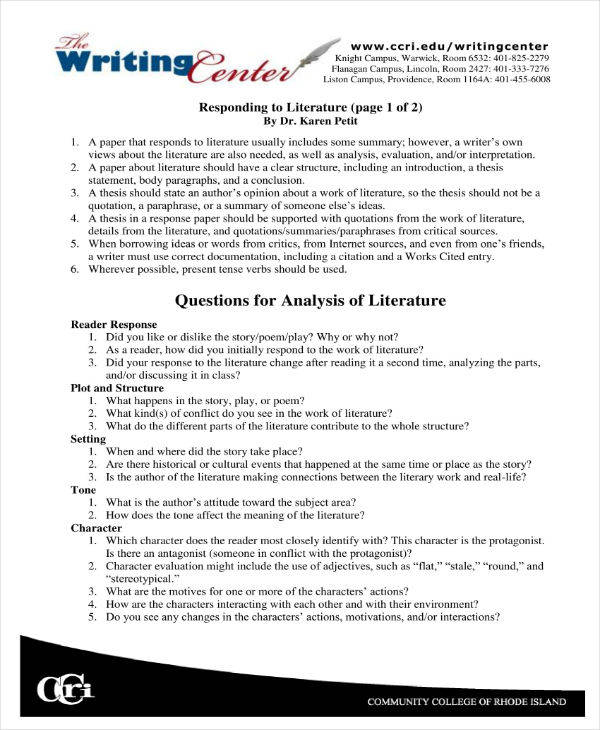 How To Write A Literary Analysis

In high school or college, a literary analysis would most likely be graded so start by taking down notes on the material and reading it carefully, making sure you understand every page you go through, thereby understanding how the story develops, then build and make a draft of your argument.

Write your analysis based on the outline and edit it multiple times then revise accordingly before you turn it in. Remember that under no circumstances will you be able to create an analysis without having to read the whole book or material. Reading through excerpts just won’t work, so put in real effort, because it is only through this, that you’ll be able to develop a real literary analysis. You may also like printable project analysis.

1. Write down ideas as you read.

The moment you start reading through the text, make notes on things or elements revealed such as the main conflict, the setting, tone and character’s emotions. You can mark pieces of the text that stand out. Does the writer seem to be making a major point in one part? Are they suddenly becoming more reflective or appear to be philosophizing? Highlight that section. You may also read free gap analysis.

For example, one of the main passages you’ll see in The God of Small of Things is “Little events, ordinary things, smashed and reconstituted. Imbued with new meaning. Suddenly they become the bleached bones of a story,” because the novel takes you back and forth the past and the present, which should give you a hint that India’s colonial history and caste system plays a big part in the story. You can write down passages like this, instead of using a highlighter to mark it, but you can do so, if you think literally highlighting the text would make a big difference in analyzing when and why the author is repeating things along the same lines. You may also read job analysis templates.

2. Take note of the literary devices the author uses.

These are the elements a writer uses in telling the story to make his point. They could include, imagery, alliteration, allegory, metaphors, allusions or any other literary devices you’ll detect in the way the story or poem was written. You may also like sample market analysis.

For example, an author can take advantage of imagery using language vividly and creatively in order to create mental pictures since this is what sets the tone of the material. Take Cormac McCarthy’s quote towards the last pages of his novel The Road, “Maps and mazes. Of a thing which could not be put back. Not be made right again. In the deep glens where they lived all things were older than man and they hummed of mystery.” Reading that passage will make you think of what a world subjected to destitution and destruction looks like, almost devoid of any sign of humanity, of darkness and just the tiniest chance of hope and survival. You can also read printable analysis templates.

3. Focus on the main themes the author is trying to express.

Themes are the author’s main idea and you would notice it being repeated as you read through the text. Themes can range from war and death, coming-of-age, culture and counterculture, social structure and authority just to name a few. Find the themes as early as possible when you read because this would make it better and easier to cite occurrence of the theme as you go along with your reading. For instance, the main themes in William Golding’s Lord of The Flies points towards innocence and the loss of it, savagery and survival over civilization and man’s evil nature. You may also like analysis examples.

No intellectual work is ever written and produced out of thin air. This means the time period, location and maybe even the kind of life the author lived, will most definitely impact the writing. Take time to research about the author and what happened during the time he or she wrote the book. Much of the prose that Arundhati Roy was able to produce out of the Booker Prize winning novel The God of Small Things was because of how she had lived through India’s colonial times on top of the country’s caste system. You may also see stakeholder analysis templates.

After finishing your outline, finalize your analysis and edit as necessary. Read it multiple times to make sure you’ve covered the important elements. You can also read case analysis templates. 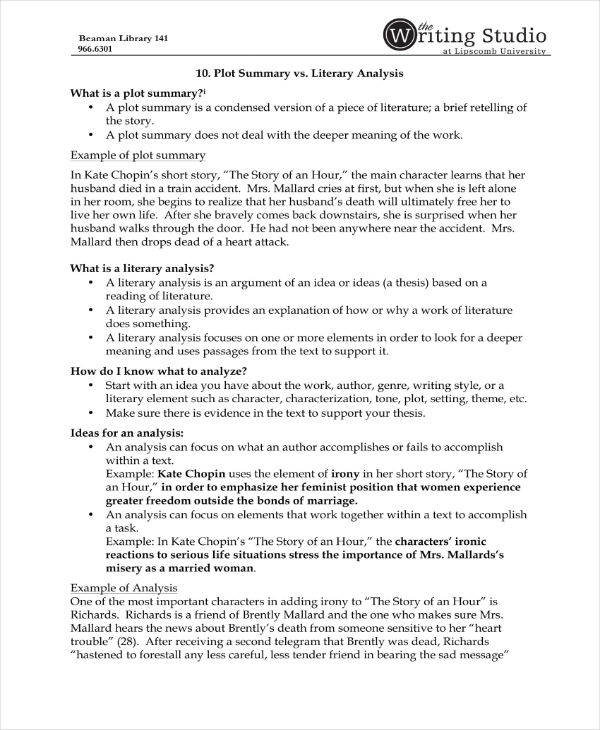 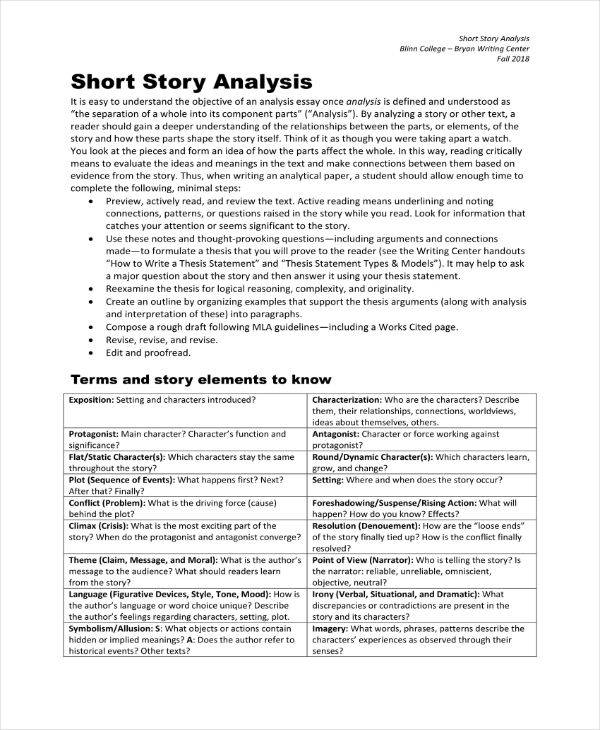 If any of us today would live on for the next one hundred years, it still wouldn’t be enough to read through the greatest works ever produced in history and learn all that we need to learn from men and women who introduced the art of telling stories, of creating them from lore and adding the power of imagination to end up with a masterpiece, and of forming philosophies that shaped the kind of world we live in today. You can also read hazard analysis templates.