Organizations who deal with providing with what’s needed to a particular cause will undoubtedly require donations to further their operations. And when people do happen to donate, these organizations will want to make sure that they are thanked for whatever they have been given.

One of the best ways of doing that is by providing these people with a letter which tells them how much the organization thanks them for their contribution. And that’s why this article is going to teach you all that you need to know in order for you to create an appreciation letter for donation. 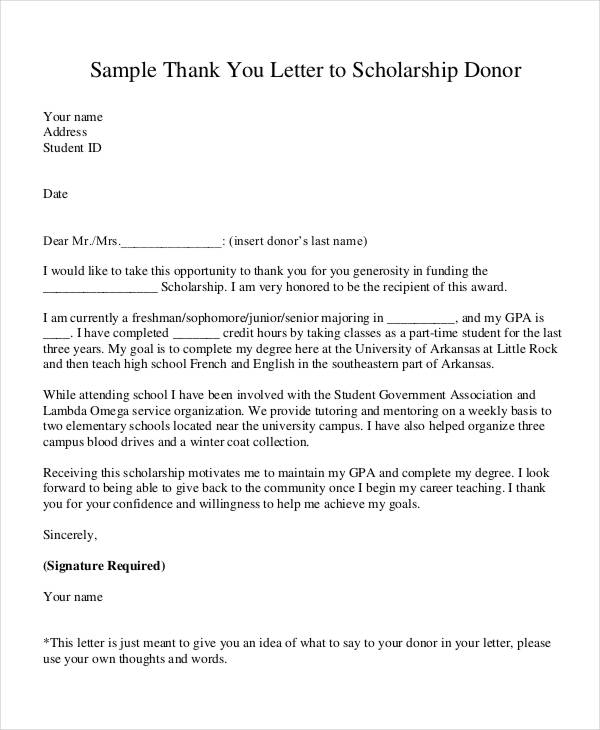 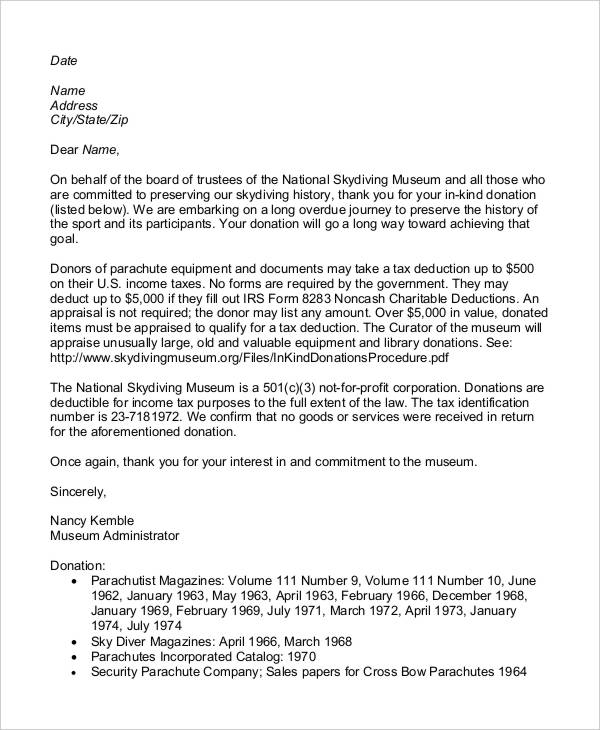 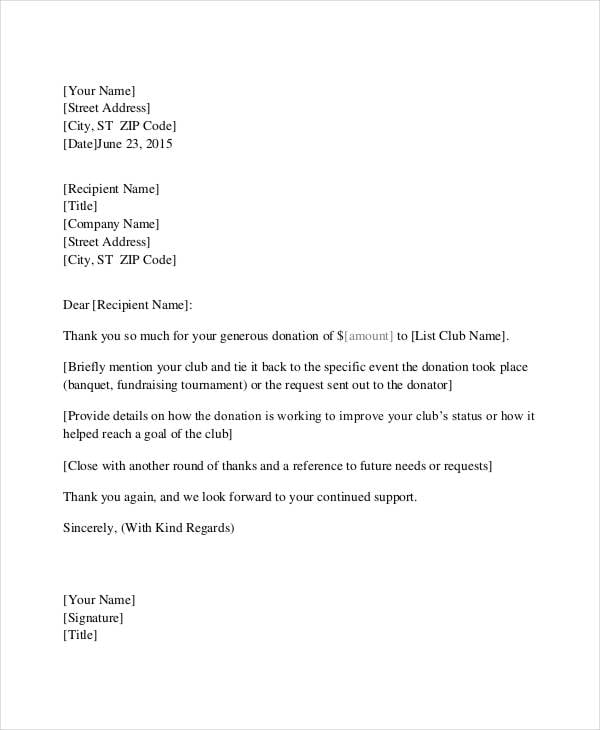 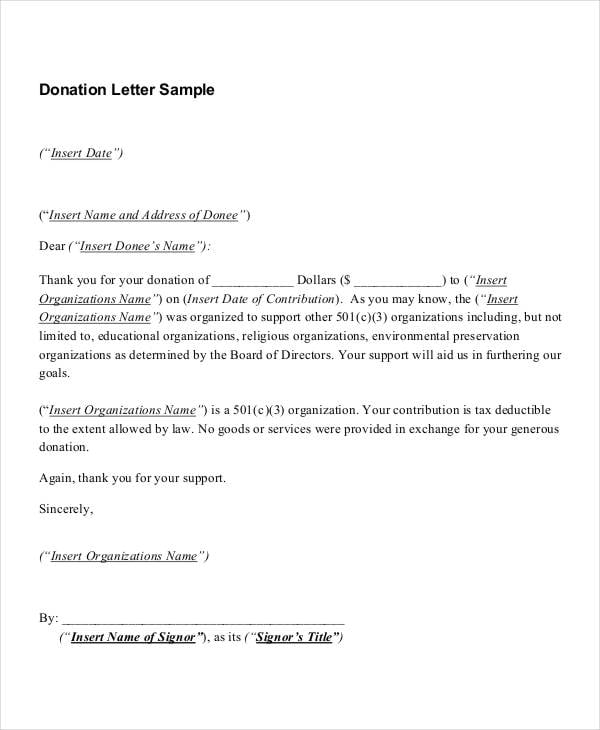 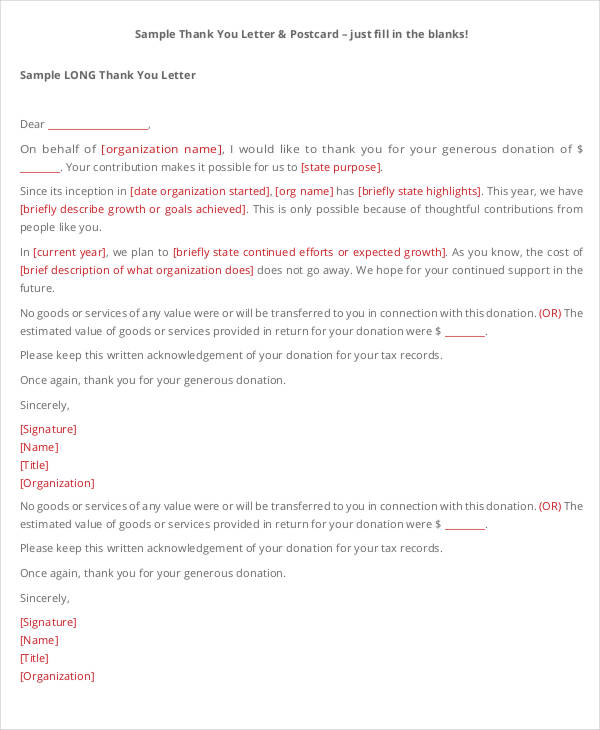 Why Should You Create an Appreciation Letter for Donation?

Organizations that are in charge of handling donations will need to make these letters to appease their contributors. But why is it that this needs to be done? Here are a few reasons that should help explain things to you:

How to Create an Appreciation Letter for Donation

Now that you’ve managed to learn how to create an apreciation letter for donation, then the next step is for you to learn how to create one. Remember that the entire purpose of this type of letter that the organization appreciates whatever he or she has managed to donate.  So long as the letter shows genuine gratitude, then you can expect people to feel appreciated and hopefully expect more from them.

With that in mind, here are the steps that will allow you to come up with a letter of appreciation for donation:

Be Sure to  Include an Apprioriate Title

If you’re going to make this type of letter, then the first thign that you will need to do is to come up with an appropriate title. The reason as to why this needs to be done is because you want to give the reader an idea of the letter’s contents without him or her having read it yet.

So what you’ll have to do is to come up with an appropriate title that will let the reader immediately know what the letter is for. Although you can go with the generic “letter of appreciation” as the title, you can decide to go with something more creative. Just make sure that it’s professional and clear as to what the letter is to ensure the reader knows what it’s for.

What you’re going to have to do next when coming up with the letter is to think of a nice and warm greeting for the person that you plan on handing it to. The greeting alone can set the entire tone of the letter, meaning that you’ll want to go with one that’s friendly and inviting to the donator.

So all you really need to do is to stray away from the generic “Hello Mr/Mrs…”  and show that you’re willing to provide the donator with a greeting that’s worth what he or she has done for the organization. Just remember that it should still remain professional as you want to show that the organization still deals with things in a business-like manner.

The next step is for you to share the person who’s being appreciated, and the organization that’s extending it’s appreciation. The donator will obviously want to see his or her name in the letter as it shows undeniable proof that he or she is the one that’s responsible for doing whatever needed to warrant the letter. It’s also because the donator would possibly like to share the letter with his or her friends, family, and colleagues in the hopes of making them appreciate what he or she has done.

So when you’re writing this person’s name into the letter, be sure that you include the first name, last name, and the middle initial. That way, readers will know exactly who is being thanked. Also, do not forget to write down the name of the organization as it shows proof as to who is responsible for providing the letter to the donator. It’s best that you include the logo of the organization as well for further identification.

It’s important that you are able to share the date in which the letter was made. There will come a time where the donator might want to pull out the letter to prove that he or she has donated to a particular organization. By knowing the date, then he or she may be able to easily do so. The organization can also benefit from this as they can also use the date to keep track of when a particular donation was made.

So as you’re writing down the date, make sure that you include the month, day, and year. That way, there will be no questions in regards to when exactly the letter was made.

Details Regarding the Donation

Now comes the part where you need to talk about about what you’re thanking the donator for. This is where you’ll be sharing the details concerning the donation that has been made.

First thing to do is that you’ll want to make a statement of “thanks” right from the start. Think about what will make the reader feel appreciated and make sure that how you do it shows genuine appreciation.

Then you will need to go into donation itself. Do you think that it’s fine that you point out exactly how much the donator has given to the organization? Or maybe you shouldn’t disclose the amount? One of the best ways to go about this is by asking the donator himself/herself. Make it clear as to what your intentions are for asking the date and that person may be more inclined to provide you with an answer.

And lastly, you need to share the date in which the donator has made the donation. This is important for the organization as this will allow those in charge of the donation to keep track of everything that’s coming in. So if you don’t know how much was earned for a particular day, then you can always take a look at the copies of the appreciation letters made to figure that out. That’s only assuming if you placed the actual figures into the letter.

Take note that coming up with an appreciation letter for a donations might seem like a tedious task, but it’s one worth doing as there are many benefits from doing so. So long as you are able to follow the steps above, then you shouldn’t run into any problems when making the actual letter.

If you want to learn how to create other types of letters, then all you have to do is to go through our site. It has many different articles, all of which contains the informaiton you’re going to need. Just be sure that you are able to read the ones that you’ve chosen carefuly as you’re going to have to make proper use of whatever you have managed to gather.