You have a collection of the best movie and video documentary that ever made it to the big and small screen. Your general knowledge of the film industry would put rising stars to shame and you’ve stayed late into the night watching the latest tutorials and interviews of Spielberg, Quentin Tarantino, Coppola, Guillermo del Toro, and Martin Scorsese. You can also like sample freelance contract templates and contract templates 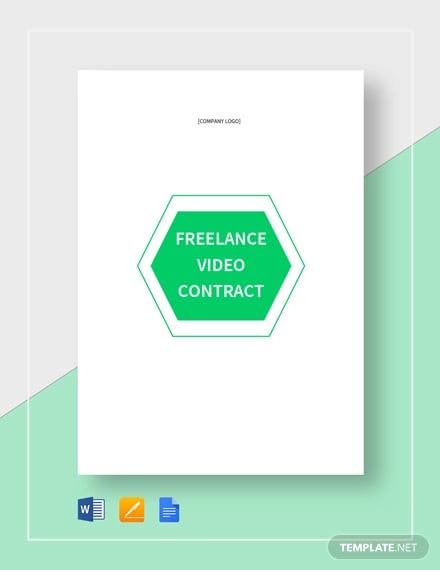 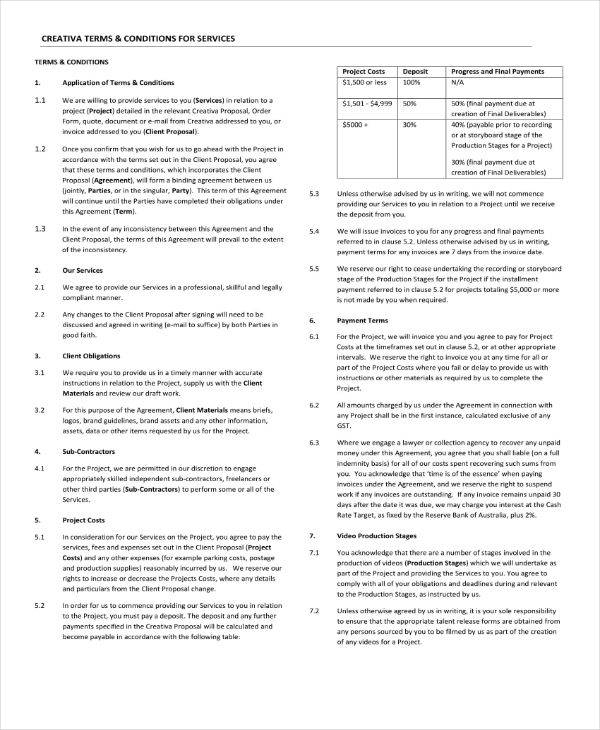 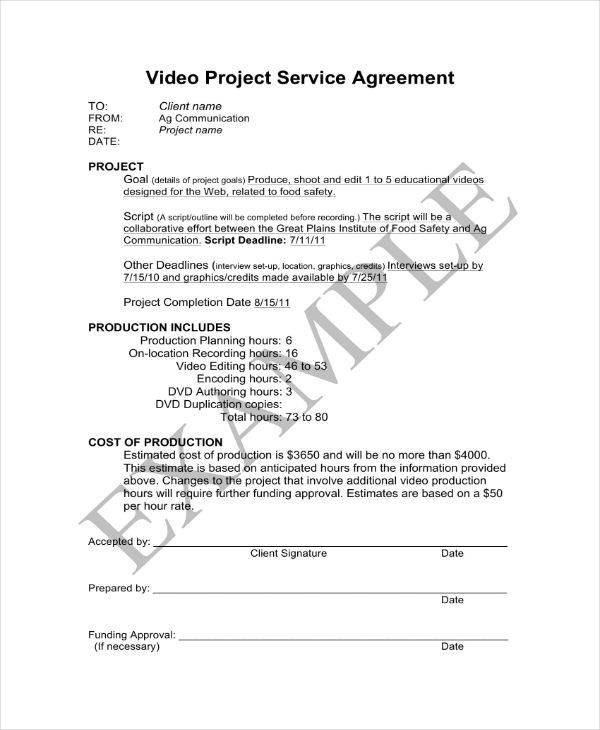 You’ve also dedicated some of your savings, time and effort to personal projects and some equipment that got you a pretty decent start at video editing. Some time ago you’ve come to the decision that maybe, just maybe it’s time to turn that passion and hobby into something more serious and profitable. You can also read free contract templates. 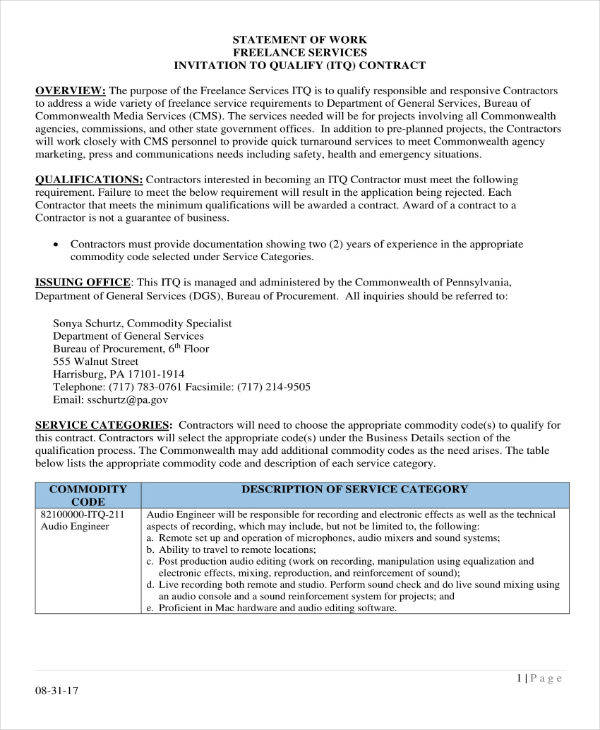 Entering the freelance industry is tough for creatives, whether you’re a video editor, photographer or writer. Taking the leap from working in a company to freelancing is terrifying, even if you choose to ease your way in, because soon enough, you’ll need to take that plunge. Quitting a job that gives you a regular paycheck is scary when you don’t know where your next paycheck would come from, so before becoming a freelancer, make sure you’re prepared to go broke. You can also read photography contract templates.

Be Prepared For the Freelance Challenge

Maybe “broke” was a bit harsh, but you have to admit, it isn’t easy, so make sure you could go for months without a paycheck, not entirely because you won’t be getting offers but because you don’t know where or when it would come. This can be very tricky since it would be easily tempting to take up anything at all when you’re at a loss and you know what they say about desperate times. You can also see sample contract templates.

You should be prepared not to let that kind of pressure get to you. Another thing you need to be prepared for are websites that could easily sink your freelancing goals and throw it in the gutter in one shove, with clients giving you the worst feedback in the early stages of your video editing business. Not exactly the kind of start you would want but it does happen if you’re not careful in selecting your clients. You may also like freelance contract templates.

There will be clients you should avoid and this is, unfortunately, one of the hardest challenges in the freelance industry, but one which you would be able to develop the right sense for, with time. Being prepared for such things would help take (although not all, at the very least) a good part of the stress out of your video-editing job and of course, freelancing in general. You can also like consultant contract templates.

To help you kick-start your video-editing passion-turned-full-time job, here are some tips you may find useful before you start writing and signing contracts after accepting offers:

Selecting the right editing software is just as important as choosing any other tool vital for your editing tasks. It’s also so much like choosing the right car. Every one of them can get you from point A to B but depending on your personal taste and preference, you may be biased towards one more than the rest. You may also see artist contract templates.

Whether you choose Premier Pro, Final Cut Pro, DaVinci Resolve or end up with Avid Media Composer would depend on how comfortable you are and how it helps get your work done faster. You can also experiment between two of them just to see which one really works best for the type of editing job your clients would require of you. You may also see HR contract templates.

First and foremost, you’re a storyteller

Above all, this is the most important thing you need to keep in mind. You’re editing to get a story across. There is more to editing a video than just splicing and cutting footage. Editing your film is a chance that would be unforgivable to lose that is a chance to take the audience into an experience, a journey, whether it is for a feature film, a complex documentary or a sports event montage, there’s a deeper, underlying story that shouts to be told and given justice to and your goal shouldn’t be any less than providing just that.

Videos should be more than just reproducing visuals of reality. You should be able to juxtapose images and tell a bigger story with every cut, splice transition, and effect. While you’re in the confines of your “editing room” ask yourself how each scene is developing in the story you want to tell. For instance, the audience loves to see a conflict. Find where that conflict is and present it through music and the pace of your transition. You can also read interior designer contract templates.

You’ve taken more than just a “liking” to video-editing. You’re on to something greater than just a hobby because it isn’t just a hobby and it isn’t just a profession either. It’s an industry where there’s a lot to learn when it comes to the understanding lingo, especially if you know you don’t speak movies yet the way tech geeks speak about computers. Learning the lingo, in this case, doesn’t need to be in the literal sense but the fundamentals involved in video-editing will surely help you communicate better with other people in the industry and your future clients. You may also check out free contract samples.

For example, you may have a general idea what a montage is but it’s important to remember that it’s not just a sequence of parts of videos showing the passage of time but also a powerful tool you can take advantage of when developing your story. A montage of the 2018 Russia World Cup, for instance, would stir emotions of millions of fans across the globe when it’s shown as part of the next FIFA World Cup promo video. You can also read event contract templates.

Good Music Can Change Everything

If you want to be as innovative as you can, you’ll follow David Lynch’s take on using sound for your video. The easiest way to tell the difference between your mainstream blockbuster and an indie film is by closing your eyes and listening to the track. As editors, you’re inherently focused on the visual, sometimes way too much, and as a result, the audio becomes a run-of-the-mill soundtrack. You may also check out booking agent contracts.

The best way to avoid this is y licensing good music from a provider that’s royalty-free. You’ll have to spend money. Hesitant much? While you can get free music online, it’s free for a reason, but in order to get the best audio possible, one that matches your storyline, you’re going to have to shell out a few dollars for some modern licensing that will allow you to use a track which will be money well spent. You can also read project contract templates.

Now that we’ve covered how you can grow as a freelance video editor and survive the industry by learning what it involves in terms of tools, concepts, and challenges that may come your way, it’s time to also learn how to draft your contract. Writing proposals and contracts are probably the least fun part of the job and sometimes the most complex, but it doesn’t really have to be such a difficult process. Here are some of the most important things to include in your contract:

1. Target your niche and set a budget

You’re going to have to do client work as a freelancer and one of your first tasks before writing a contract is knowing who to write it for. You can also read employee contract templates.

What type of clients do you want to serve? You can go anywhere for film stories, tech know-how, and YouTube how-to videos but then again, you may be in the industry for microbudget films. Knowing our client is knowing your simple budget. You have to include expenses in the creation and editing of the video then your gross profit where you’ll cover your fee and operating expenses.

If you’re also the one tasked with writing the script, clearly spell out how many revisions it would take and charge accordingly. In most cases, you’ll have to work with your client on the script, because they may have a vision of what the video is going to look like. It may be better to write a script first according to the story they want and schedule a meeting with the client to agree on the script or what they want to change after reading it.

You don’t want your client running with what you have created. Consider your watermark in writing a contract. Indicate that you’re going to put a watermark in every video you’ll be submitting to this client. The watermark will serve a your protection so that the client won’t be able to claim the video until you are paid. You need to have a clause indicating this because you want to get paid and you won’t be sending your final draft until the client pays you. You can also check out teacher contract templates. 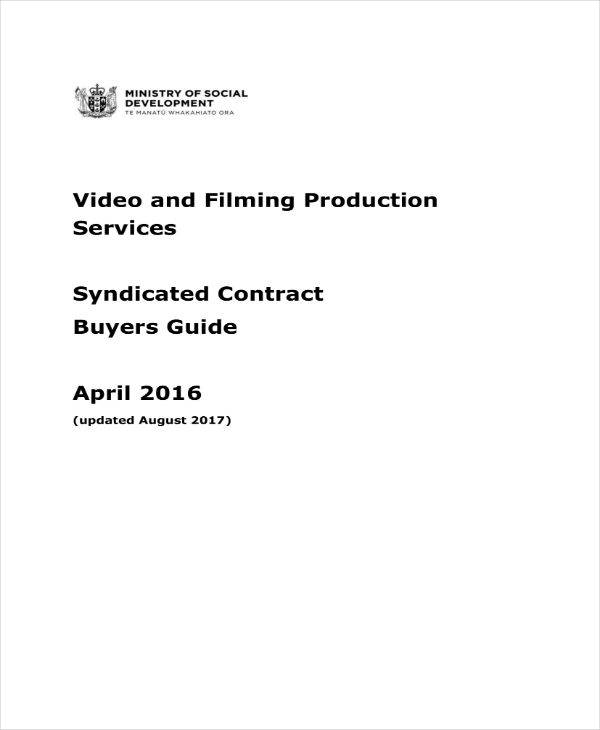 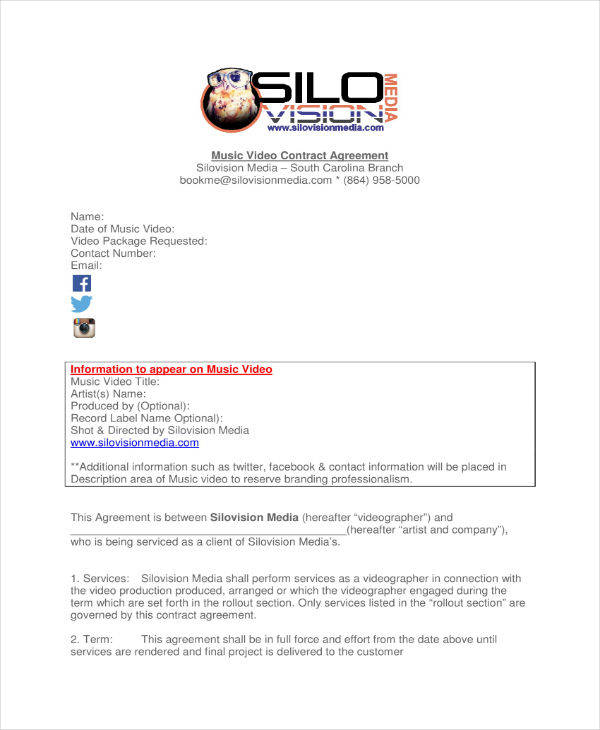 You’ve started to think that this could be a great career if the odds permit it, and you could actually be right if you know how to invest and make money out of video editing as a freelancer. You have endless opportunities and with ideas you want to sell, you’ll do just fine and you’ll figure it out just like your video editing where the cuts you’ve made makes up an invisible puzzle with a thousand pieces fit to make one story whole. You can also check out event contract templates.