Have you ever been in a position to decide whether an applicant passes or fails? It could be following a job interview, scholarship application, audition, credit card application, business proposal, or an end of an employment contract.

Letting the person know in a timely manner whether he or she succeeded or not in his or her intentions is as important as knowing the right words to say. Being professional and diplomatic in communicating the undesirable decision can ease the disappointment of the applicant.

If you are the one authorize to inform an applicant that he did not get the job or pass the requirements, what are you going to write? How would you convey positivity such as encouragement in a letter of rejection? You can find from our website examples of Rejection Letter Templates that might work best in your situation. 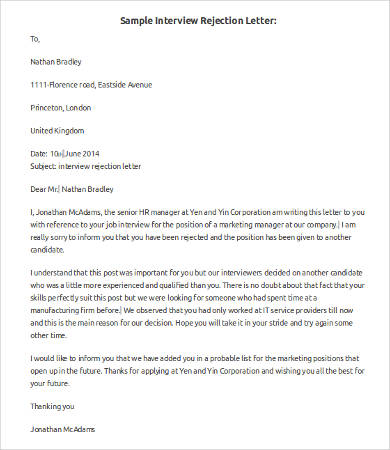 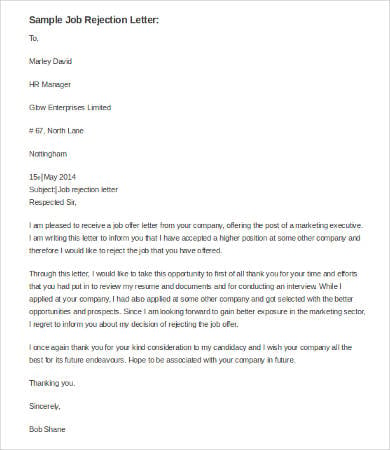 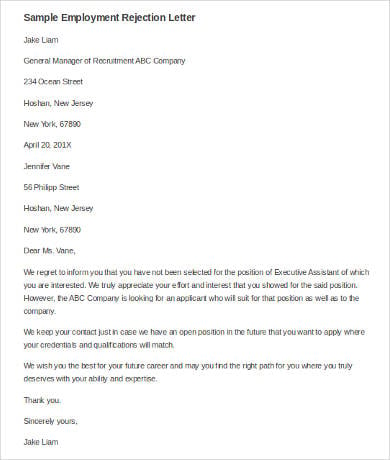 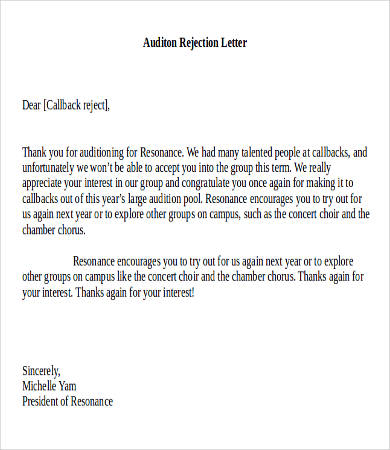 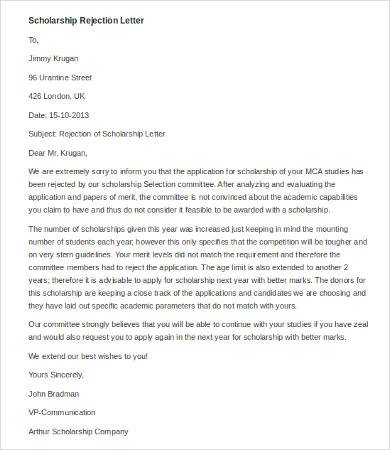 Basically, in writing a rejection letter, you use the company letterhead or you can make your own by placing the company’s logo at the top of the page with the company name below. Several examples of a well-written Rejection Letter Templates are provided in this page.

A good letter is brief, direct, and considerate to the feelings unsuccessful applicant. Planning to keep the letter short is to lessen the applicant’s anxiety. It’s also good to be direct by stating your decision right away because it’s may be some news that the applicant might have been impatiently waiting to hear. Your decision is something that signals them to move forward to their next plan.

The way your rejection letter is written reflects the kind of people you have in your company. You wouldn’t like to appear inconsiderate, so showing your appreciation for the candidate’s time and interest during the application process is a good point to include in the letter.

You could also explain briefly the reason why you have rejected the applicant—for example, his or her work experience is insufficient, the qualifications and skills do not match the position, or credentials that do not reach the parameters set by the company or institution. Citing the points where the candidate failed would give him or her ideas how to improve so that he or she could succeed in his or her future applications. 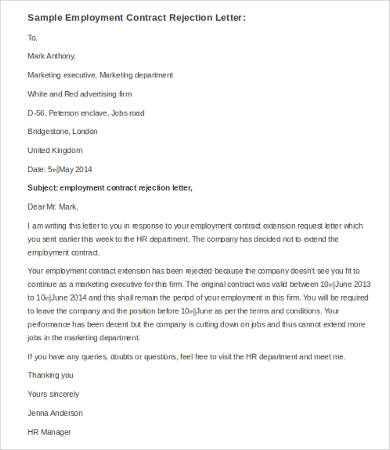 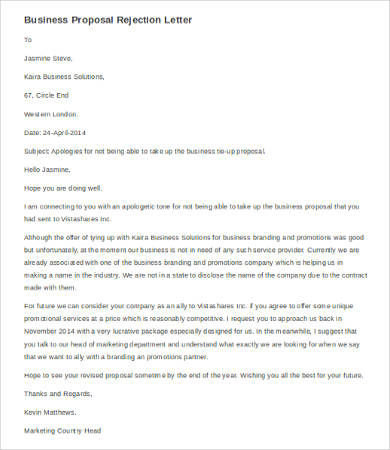 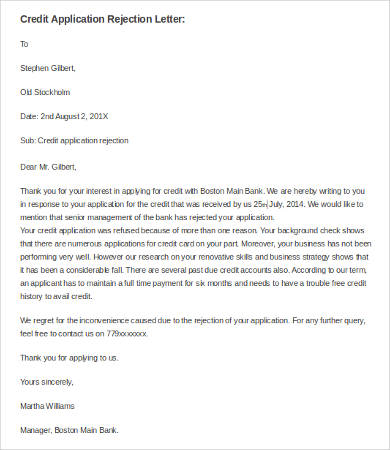 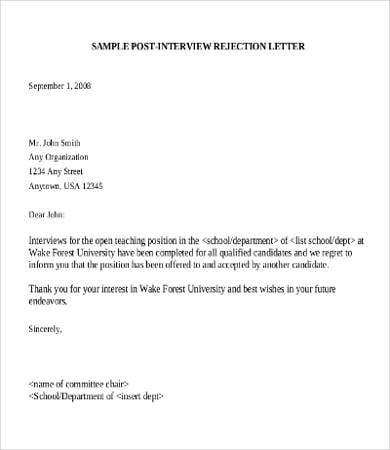 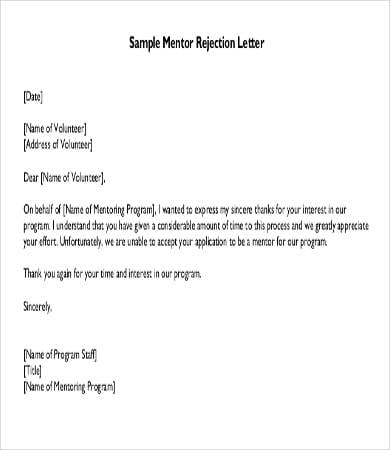 Every Opportunity Is a New One

Receiving a Job Rejection Letter isn’t as bad as it seems because every rejection equals new opportunity. A failure is just a new beginning. This is something you want to imply to the unsuccessful candidate, so in the rejection letter, you can include supportive comments or compliments. For example, you might say, “Your presentation was impressive. We could see that you were well prepared.”

Another optional detail you can include in your letter is to suggest areas for improvement. If you think the applicant has the potential but lacked experience or training, you can advise them to acquire more qualifications before reapplying in the company. You don’t want to let them think that the rejection is lifetime. In the last part of the letter, you could also state that the candidate is free to contact you in the future is he or she has questions regarding the application process.

A job rejection letter is not a happy letter. You are not rejoicing the failure of the candidate. Several expressions that show regret and sorrow that the applicant did not pass may be used such as, “We are very sorry to inform you that you did not pass” or “We deeply regret that we could not give you the position.”

After all, you are hiring because you need people to work with you, hence it’s just appropriate to express in the letter that you are a bit sorry for rejecting them, not because they failed personally but because you had wished for them to be part of the company by accepting their application and it just didn’t succeed.