Some people are not worth a prolonged contract. From time to time, it becomes necessary for you to have to write and issue termination letters for people who are engaged in a contractual business relationship with you. In the case of a company, you have access to different kinds of free termination letter templates so that you can terminate any kind of business relationship if it ever becomes necessary.

Of course, termination letters can be made all the more useful if you were aware of the functions and purposes you might use such letters for. After all, tools like sample lease termination letter templates can be used best when you understand all the ways you can possibly use them yourself. With that in mind, you might want to hear about some of that information in order to better prepare yourself to use these letter templates in the future. 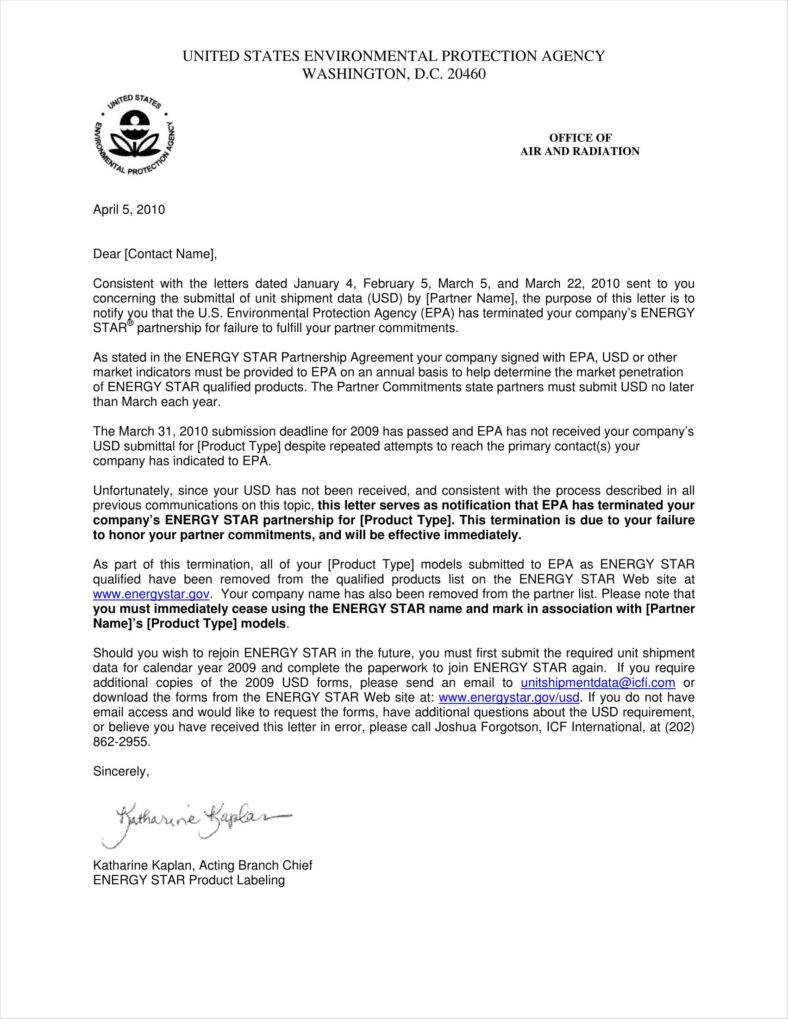 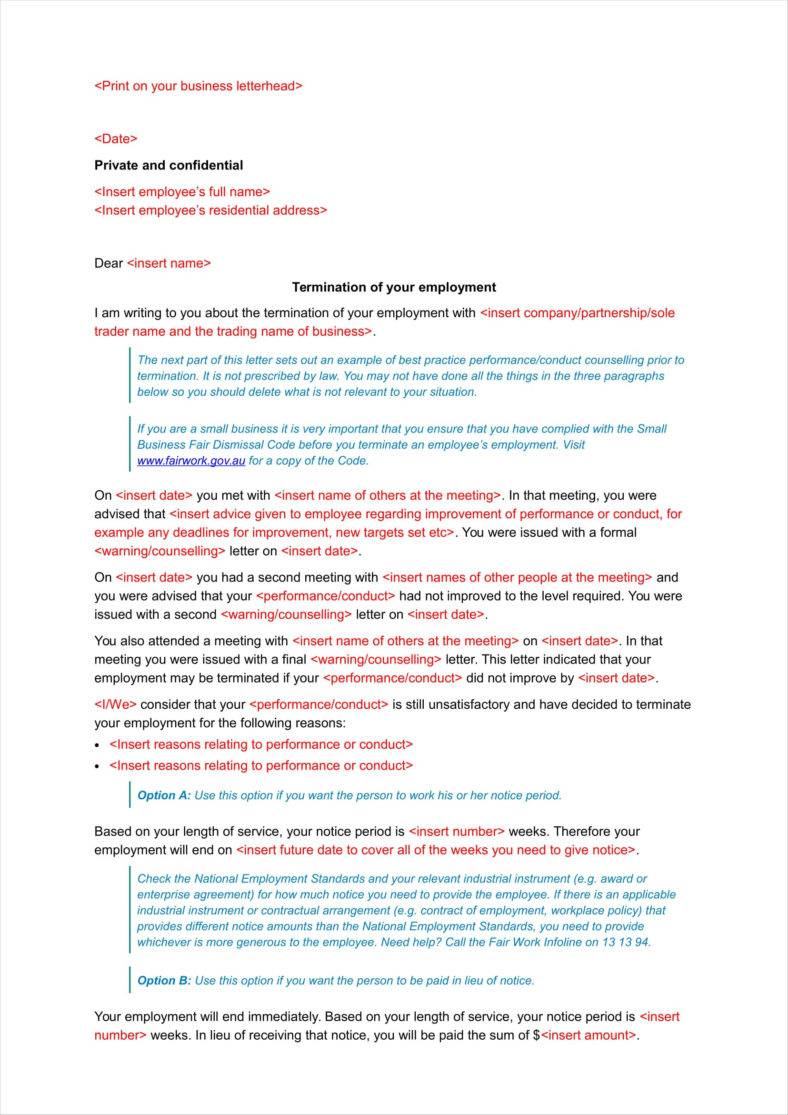 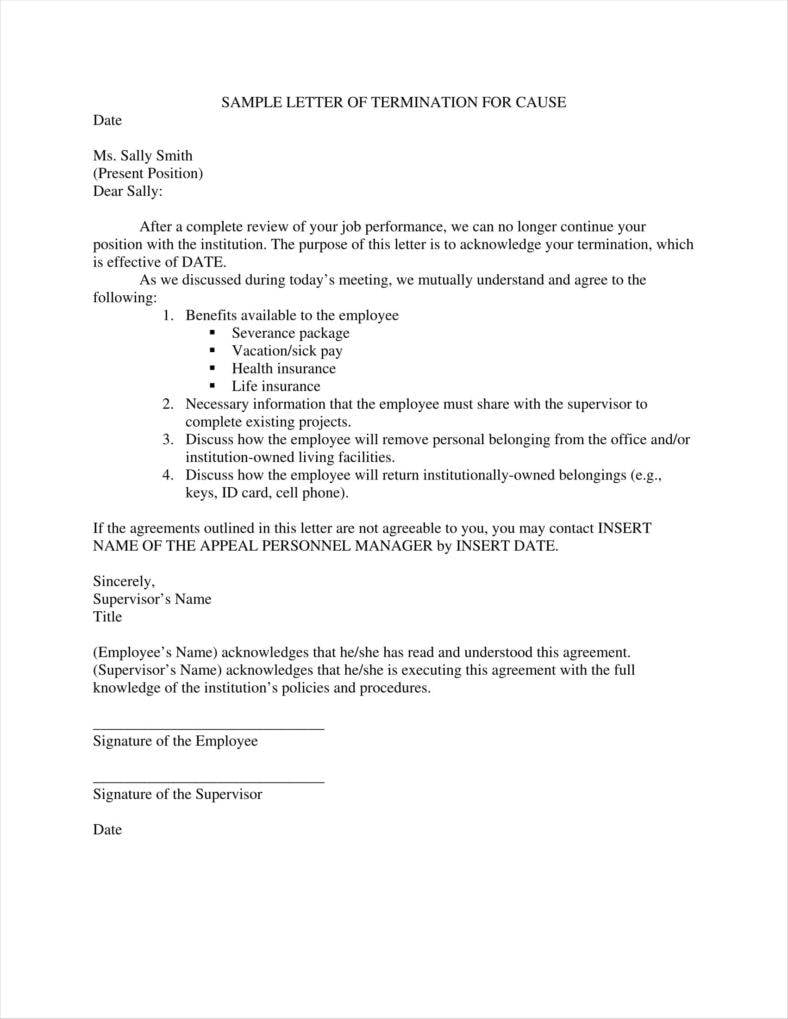 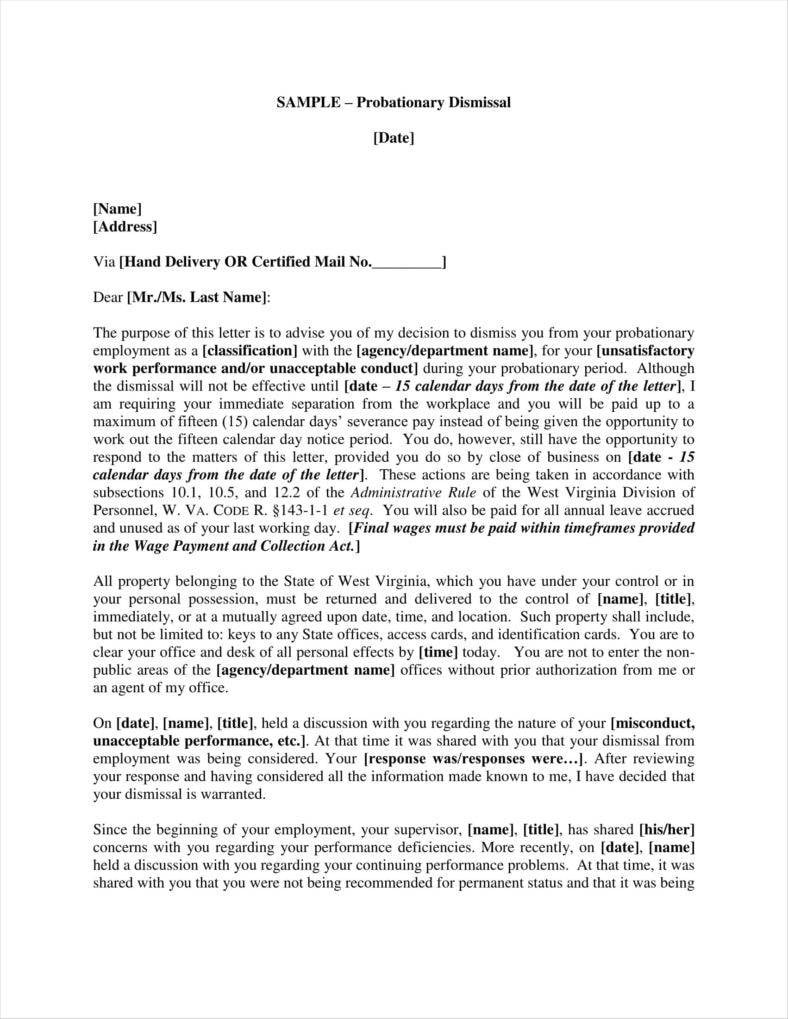 What You Can Use Company Termination Letters For

The first thing you might want to know about these company termination letter templates is what exactly you might use them for. After all, this knowledge can definitely contribute to your finding more uses for these letter templates. This would allow you to have the right tool for any given situation, which could go some way to making your own job all the easier. As to what those potential uses are, at least some of them include:

As you might already be aware, there are job termination letters you can use if you ever have to terminate employees for any reason. This is mostly true of established companies as there would be a particular need to rid yourself of any employees who turn out not to be up to snuff. This is arguably one of the more basic uses you can find for company termination letters, but this simply makes it more clear how relevant these letters are in most situations. In any case, you should be better equipped to make your own specific letters now that you are aware of the potential to use company employment termination letters if your situation should call for it.

Other than employment termination letters, there are still other examples of company termination letters you may have to use yourself if it ever comes to that. One example is sample partnership termination letters so that you have a means of ending a business partnership. This can be done if your business partner has done something to violate your previous agreement, or if you believe that your partner can no longer properly contribute to the relationship. No matter your reasons, these letters can allow you to extract yourself from the agreement with grace so as not to cause too much damage, which would be something to consider when taking this kind of course of action.

You may also wish to end a relationship in which one party supplies the other with some kind of service. You should be able to find sample termination of services letters to end such relationships regardless of which side of the relationship you yourself should happen to find yourself on. If you find yourself unsatisfied by the services you are receiving or if you feel that another service can supply you better, then these letters would allow you to end your relationship without too much difficulty. Likewise, these templates could allow you to extract your own company if changing circumstances make it difficult to continue to supply services to a client, which is definitely something you have to consider in any business.

If you are some kind of authority, you might have to send termination letters to companies in which you would have to terminate another company’s license. In this case, this is much like a business partnership, albeit in this case one company has been authorized to manufacture another company’s products. Like other examples of company termination letters, it would be possible for you to terminate such an agreement if you became unsatisfied with the other party’s performance, or if financial reasons forced you to end the agreement. In this case, you would be phrasing the termination as refusing to renew any licenses by way of ending your agreement. 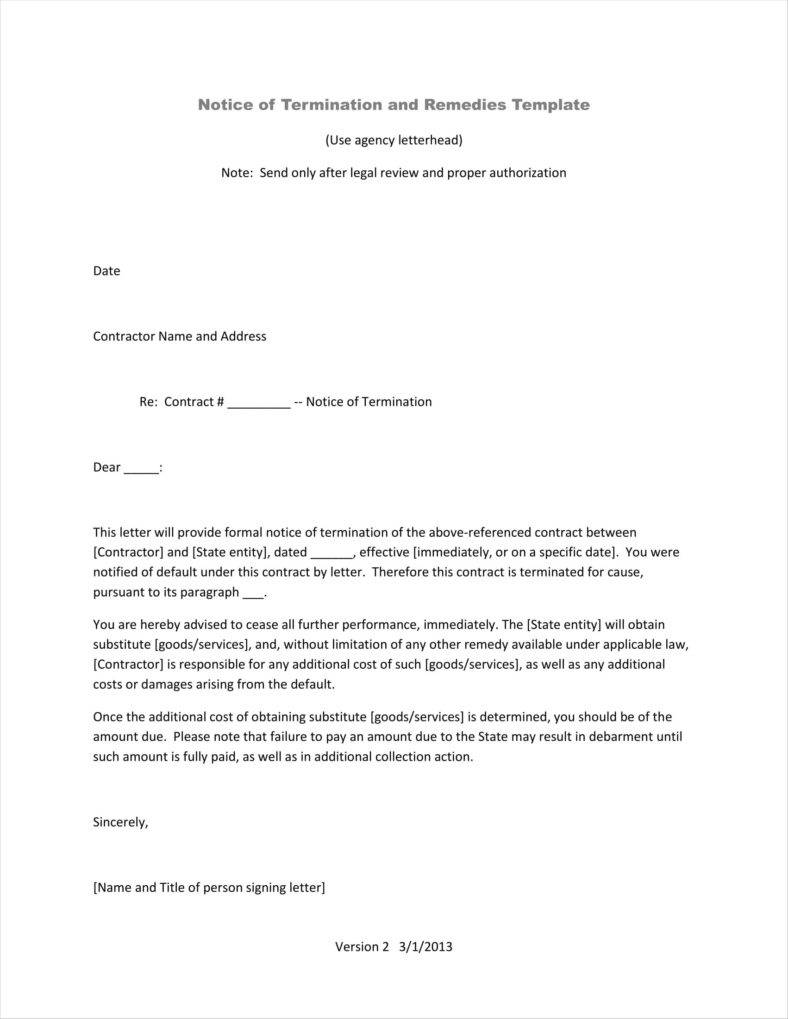 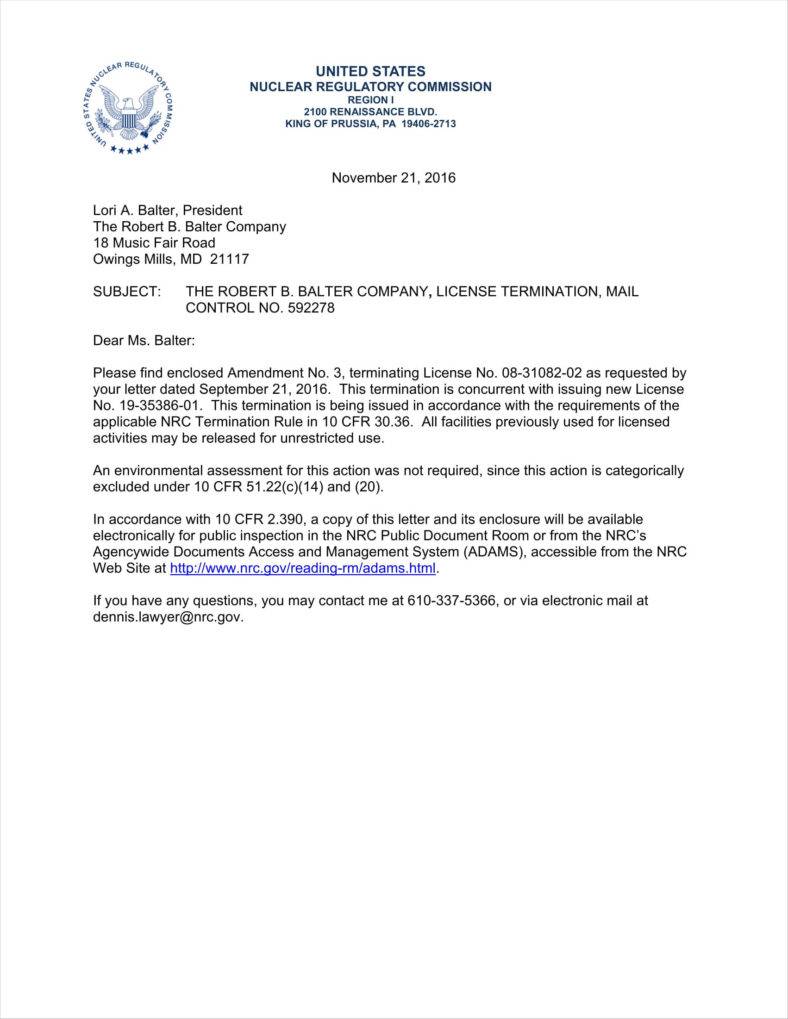 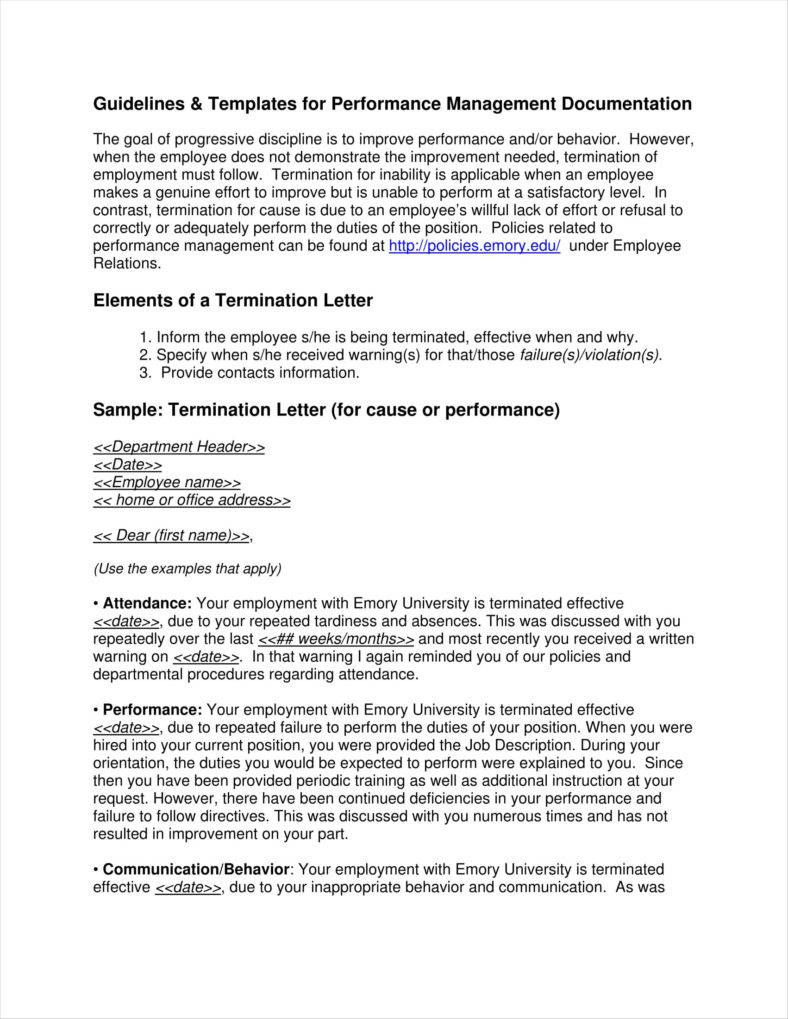 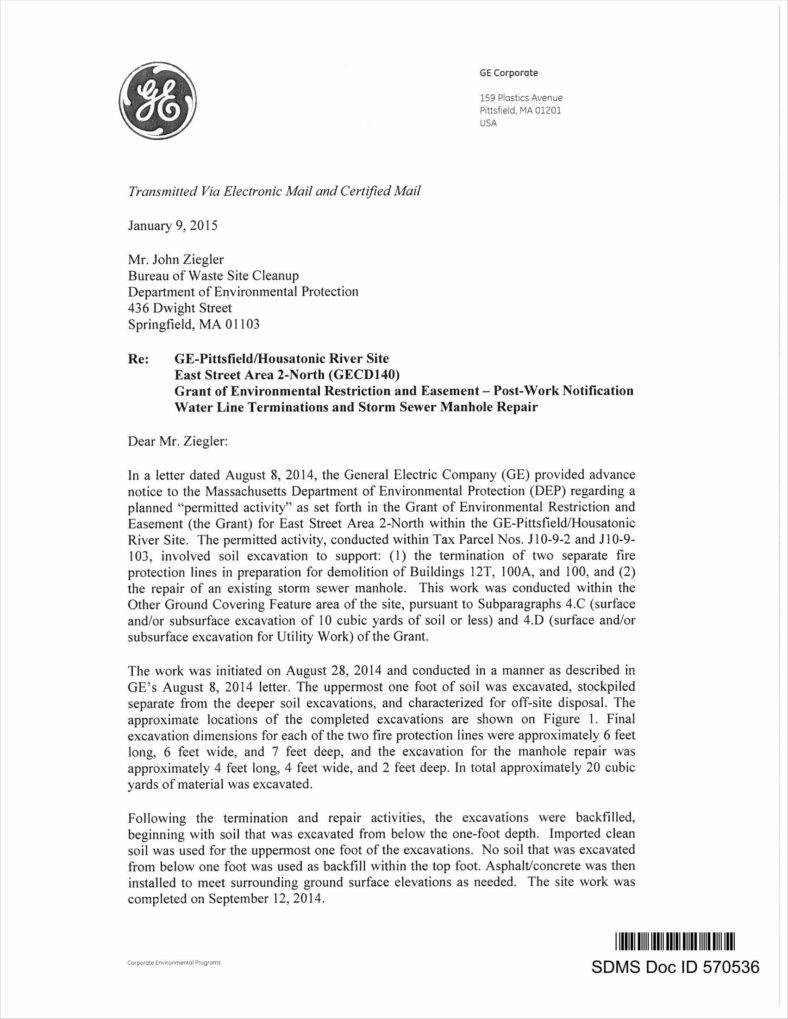 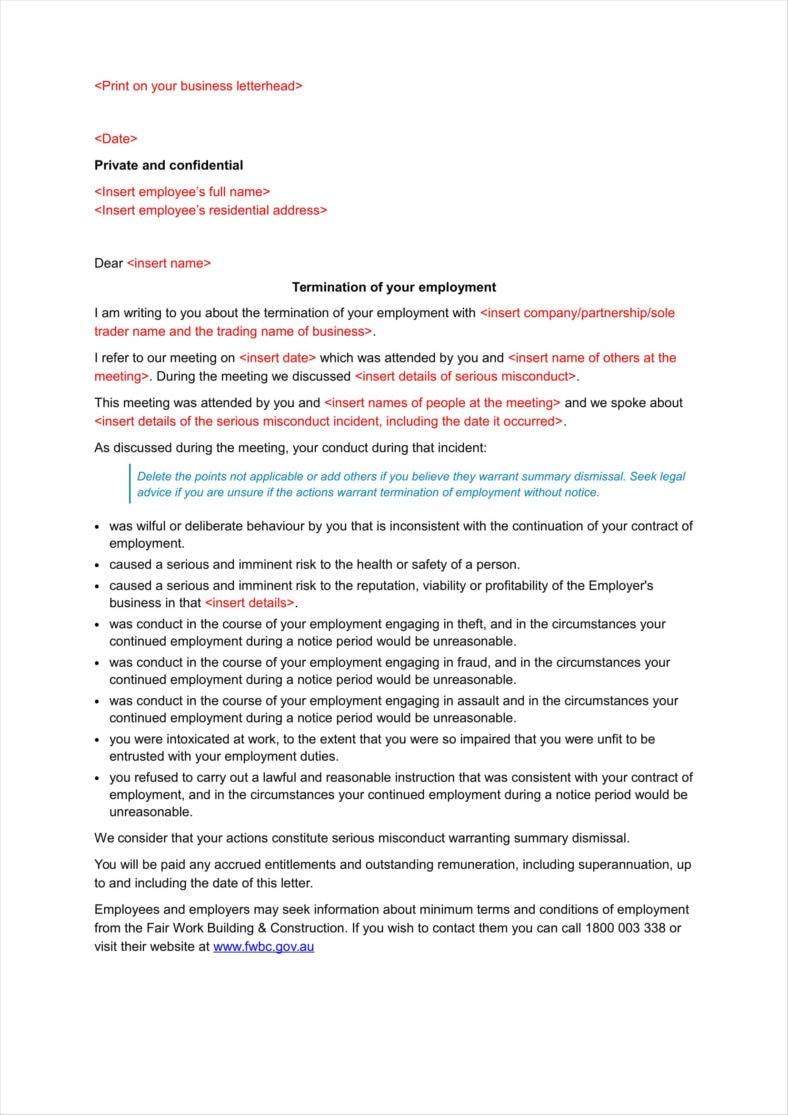 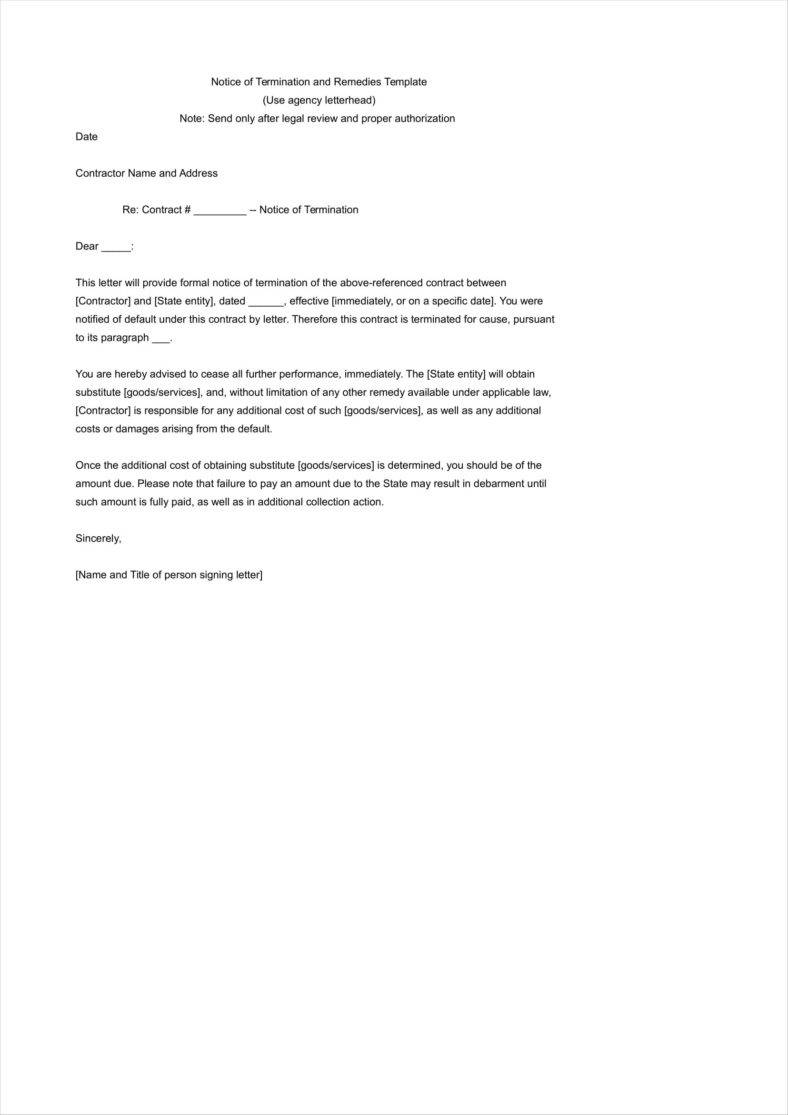 Of course, one other thing you need to be aware of when using any kind of termination letter templates in Doc is what functions those letters have that enable them to carry out their assigned tasks. Knowing that would make it much easier for you to make your own letters yourself. After all, this should give you more awareness of exactly what such letters are capable of, allowing you to apply that knowledge to whatever specific situations you find yourself in.

One of the more basic functions of termination letter templates is that they are able to provide fair warning for their recipients. After all, it is only polite to inform your recipient that you are terminating your agreement ahead of time, in addition to all the prior warnings you gave that led up to the decision to terminate the agreement. In many cases, while termination might be effective immediately, you are also able to give a certain period of time for the other party to set their affairs in order. This is visible in employment termination letters, to give one example.

Another courtesy sample employment termination letters can generally give is providing some concrete reasons for terminating the agreement in the first place. After all, while your decision is your own, it is only fair that you give some reason for terminating the agreement to the other party as they will be affected by your decision. This also allows you to provide some cause for the decision so as to assure the other party that you do have sufficient grounds for your decision, and that this is not some spur of the moment decision. This is a vital thing to keep in mind, as the agreement would have mechanisms for any party to simply end the agreement for frivolous reasons.

In some case, the other party listed in your sample job termination letters is entitled to certain benefits for the inconvenience of having the agreement terminated on your end. This is most obvious in the case of employment termination letters as employees are guaranteed certain benefits as compensation of having their employment terminated. This is, however, also applicable in other cases where you terminate an agreement as you might have to provide such things to the other party. This is especially true in the event you end an agreement well before its stipulated conclusion as this can be counted as an inconvenience to the other party.

When it comes to termination, it is usually not quite as simple as simply ending the agreement and walking away. There are other considerations that you should include in your free termination letters should specify so as to make sure that all parties understand one another perfectly. This includes the parameters of termination, so that you can include all the necessary details that the other party needs to know about your decision. For instance, what other privileges are also canceled out by the agreement’s termination, until when do you have to settle all your affairs, do you need to return any equipment or property you had been using, and others. This is obviously important information that you would have to know in order to properly settle all affairs after the fact.

As you might have noticed in the example of employee termination letters, company termination letters also make reference to any previous actions related to the ultimate decision to terminate the agreement. This is quite a vital function as it helps to establish a sense of continuity between those previous events and your current decision. If any disputes should arise later on, then these referred-to events can establish that you did have grounds to terminate the agreement as you did.

It is also possible for different examples of sample termination letter templates to include your contact information. While this is not quite an offer to appeal your decision, being that it is almost certainly final, this does serve the function of allowing you to answer any inquiries the other party may have. After all, there may be questions not answered in the letter, so including contact information makes it possible to make the end of the agreement flow more smoothly.

Authorization and Confirmation of Termination

These sample contract termination letters can also be said to confirm the actual decision to terminate the agreement simply because there are mechanisms that serve to confirm the decision proper. For example, you can include signatures at the end of the letter so as to assure all parties that the letter is in fact conveying an official decision. These signatures serve to confirm that there is the weight of the proper authority behind the decision, which makes clear that the termination has been carried out according to all proper forms.

With this, you should have a more complete idea of what different kinds of company termination letters can do for you so that you can have a much easier time of using them yourself.