There will come a time where you’ll want to set an appointment between you and another person. This is to ensure that the two of you are able to discuss particular matters at a place and time that can be agreed upon. You may also see Letter Templates.

So what you’ll want to be able to do is to inform that other person about all of the details regarding where the appointment is going to take place, what time it’s going to happen, and what it’s all about. And that’s why this article is going to teach you all that you need to know in order to come up with an appointment letter.

Elements of an Appointment Letter

For those of you who wish to make one, then you should know that there are a couple of basic elements that must never be forgotten. The point of making sure that they’re present in the appointment letter is to ensure that the recipient is able to get all the information needed in regards to the appointment that’s to be set.

With that in mind, here are the basic elements of just about any good appointment letter: 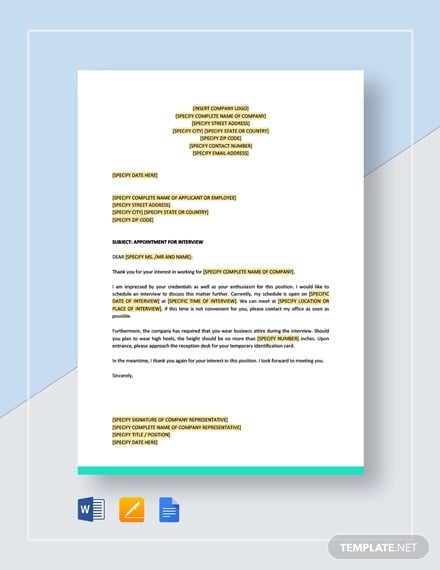 Letter to Customer Not Home for Service Appointment Template 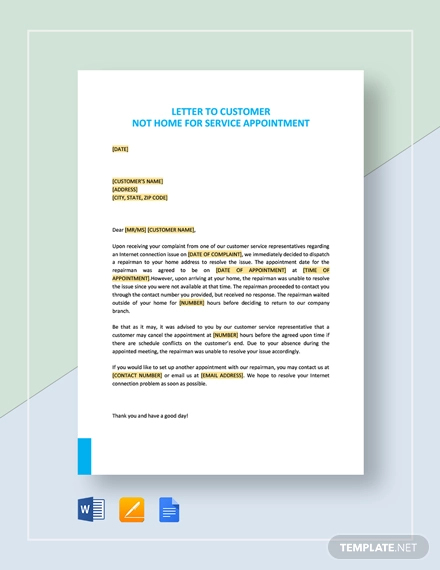 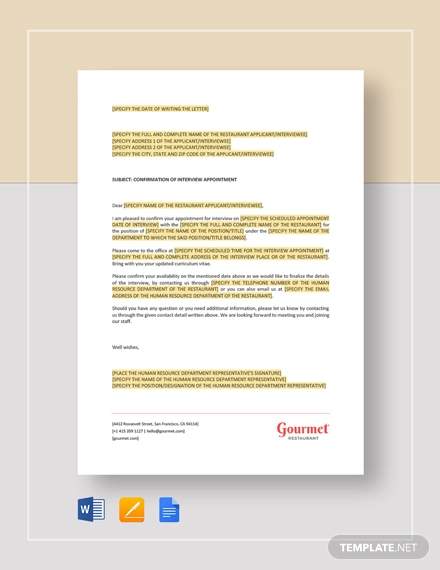 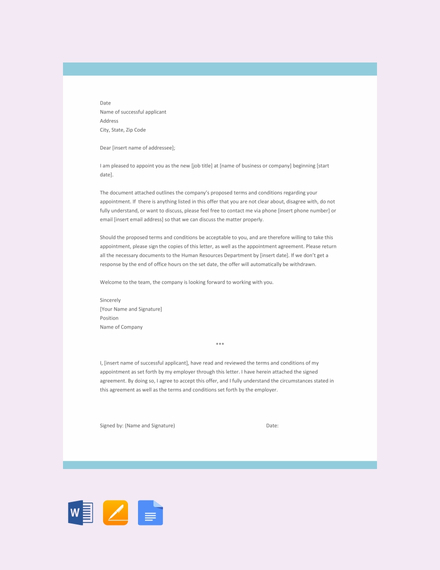 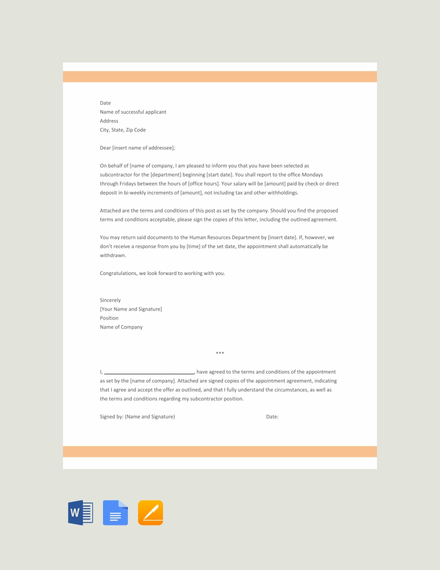 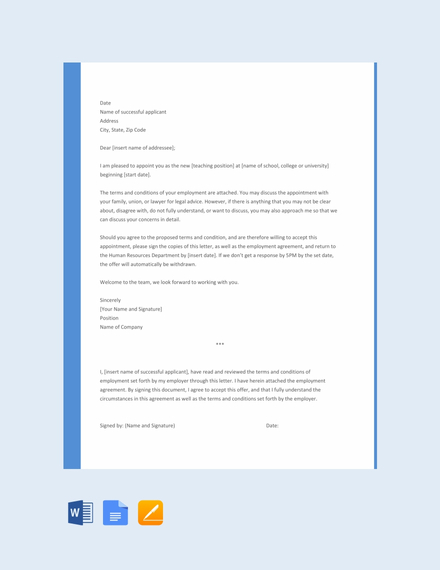 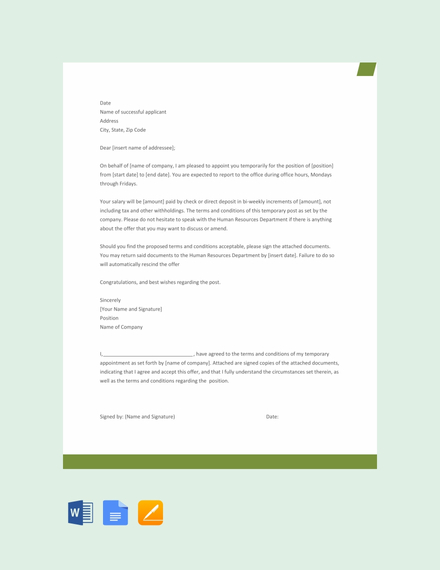 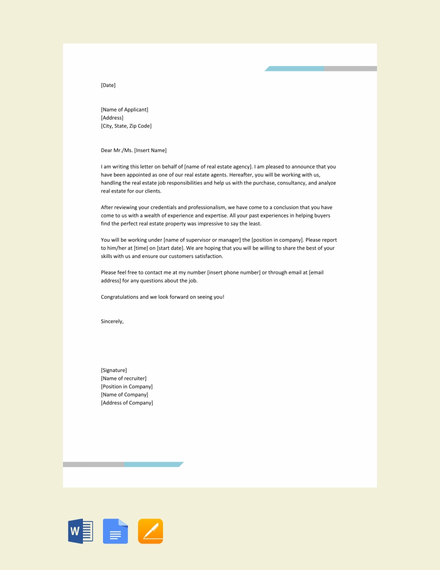 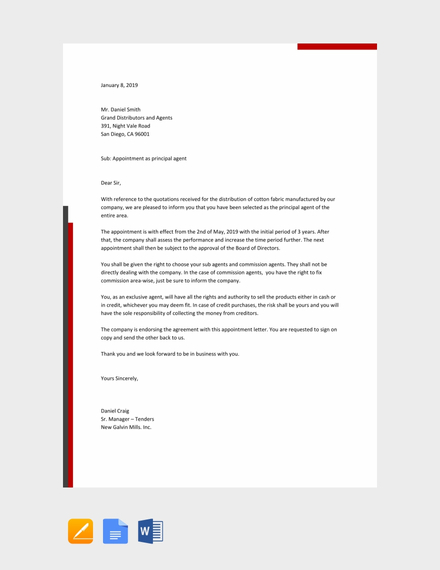 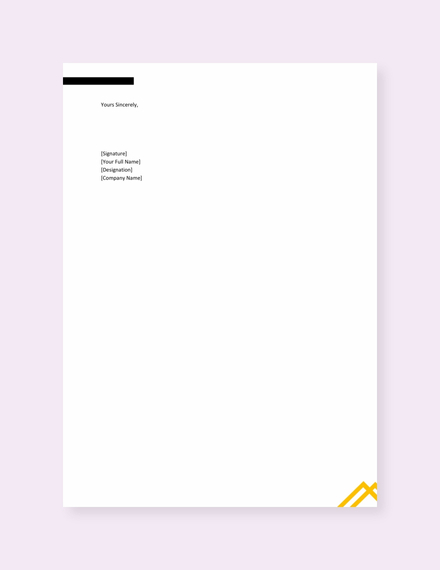 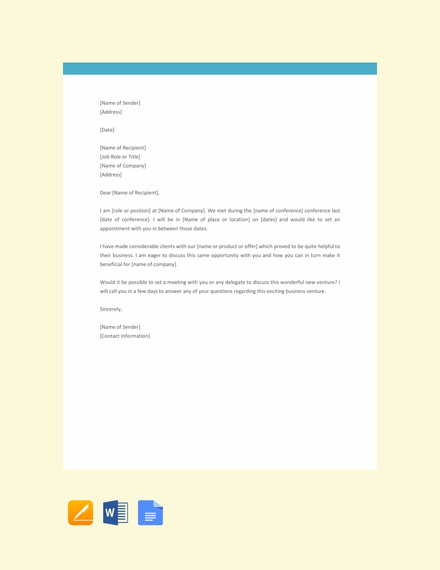 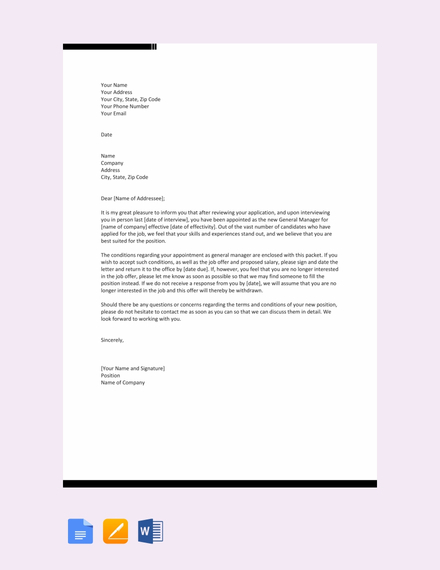 How to Make an Appointment Letter

Now that you’ve managed to learn what it is that should be inside an simple appointment letter, then the next step is for you to learn how to make one. Although you’ve already know what the basic elements are, there are still a couple of things that you’re going to have to do to guarantee that the letter is able to convey all the information one needs about the appointment.

So with that in mind, here are the steps that will allow you to come up with a proper appointment letter:

Tips for Making an Appointment Letter

Know that there are many different types of appointment letters and that each of them serves to invite another person to a different type of appointment. You’ll want to learn about as many of them as you can so that you’ll know which one you’re supposed to make for the desired situation. So here are a few examples:

If you would like to learn more about the other types that you can make, then all you have to do is to go through our site to obtain the information you’re going to need.

Any kind of business-related letter will have the standard size of an A4 or US. For those who want specific measurements, then that would be 8.5 by 11 inches. This is also the standard size for appointment letters that are non business-related, but they can opt to go with smaller or larger sizes. Make sure to stick with the standard if the appointment letter is for business matters as that will make the document look more professional.

How Do I Make an Appointment Letter?

Should you wish to make one, then know that there are many Word programs and applications that can help do the job. It’s all a matter of downloading and utilizing the one you think you’ll be comfortable with. The most common one being used to this day would be Microsoft Word as it’s easy to use and has all the tools you need.

Is There an Easy Way to Make One?

Yes, all you have to do is to download an appointment letter template, open it with the Word program or application that you’ve installed, and customize it to how you see fit. You may also make use of the templates available in this article should you wish to do so.

Although coming up with an appointment letter may be time-consuming, it’s something that you’ll need to do if you want to ensure that an appointment actually takes place. So make use of all the information within this article to help you create a proper one.