Nineteenth-century German Jewish poet Heinrich Heine wrote in his 1820–1821 play the famous admonition, “Dort, wo man Bücher verbrennt, verbrennt man am Ende auch Menschen” which in English means “Where they burn books, they will also ultimately burn people.” He didn’t know then, how his words would haunt his countrymen and the rest of the world many years later when some of Germany’s most valuable intellectual and creative works went up in flames on the night of May 10, 1933. When the Nazis were at the height of their power, preparing for world domination, the mass book burnings became a turning point in their aim to spread their ideology. The most disturbing part of all was that these burnings were largely organized by university students around the country, dressed in SA guard uniforms, marching with torches. More than 20,000 volumes of books were burned, considered to be “un-German” by the right wing university students, marking a time of state censorship and control of what was supposed to be an intellectual culture. You may also like vocabulary worksheet templates. 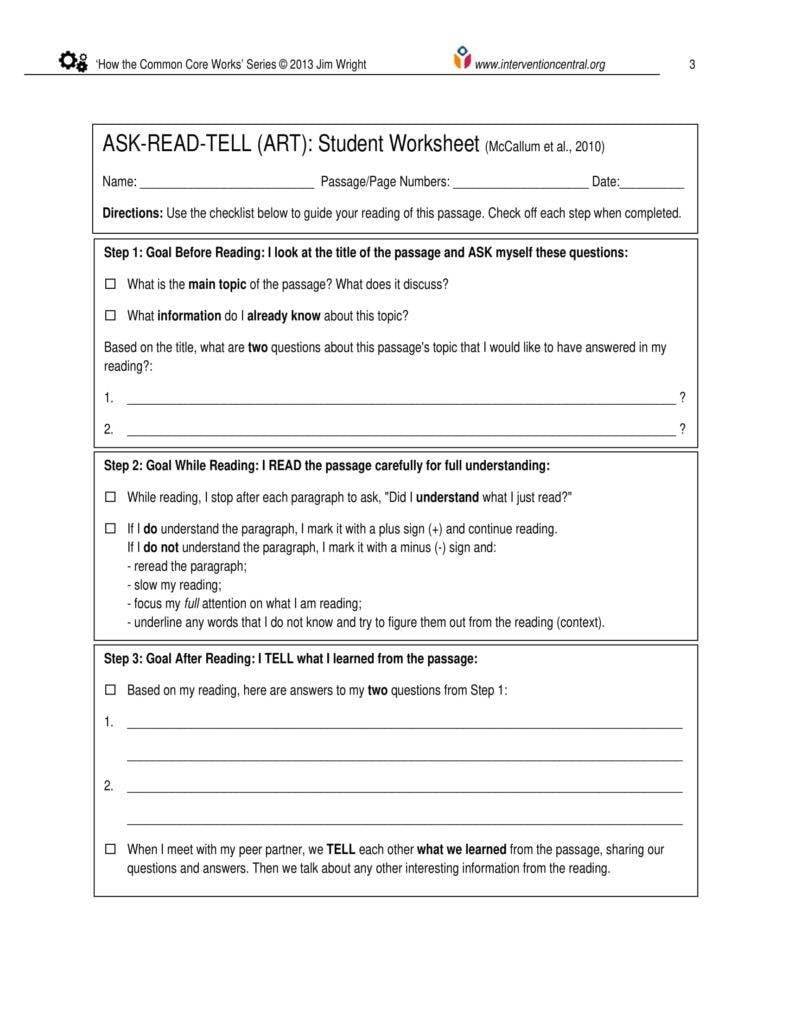 It was just one of the many atrocities a dictatorship had acted on, and the world just watched in horror, as the youth, thousands of miles away, was swayed into the pitfalls of an ideology that would later on prove to be a failure. It was a crime to the academe as it was a crime to humanity as a whole. It was sad. One can also say that it was on the parents as much as it was on their then toxic system. The system was clearly threatened of the power such books would hold, over the country’s youth who have read them and those who would read them in the future, as it didn’t fit the flawed narrative they were hellbent on building at the time. You may also see bar graph worksheet templates.

Internationally renowned author of children’s books, Erich Kästner bore witness to this, having been present at the Opernplatz that night and he later wrote “I stood in front of the university, wedged between students in SA uniforms, in the prime of their lives, and saw our books flying into the quivering flames,” concluding his statement with “It was disgusting.” And it was. For many people, especially for those who have a thirst for knowledge, reading is a way of life. Watching books being burned by the thousands, just to make a statement is an insult to a world who loves to read, to those who wrote them and to future generations, stripping institutions who invested in them, of their desire and responsibility to educate people. Then again, another person by the name of Joseph Brodsky said, ““There are worse crimes than burning books. One of them is not reading them” and he is right too. You may also like venn diagram worksheet templates. 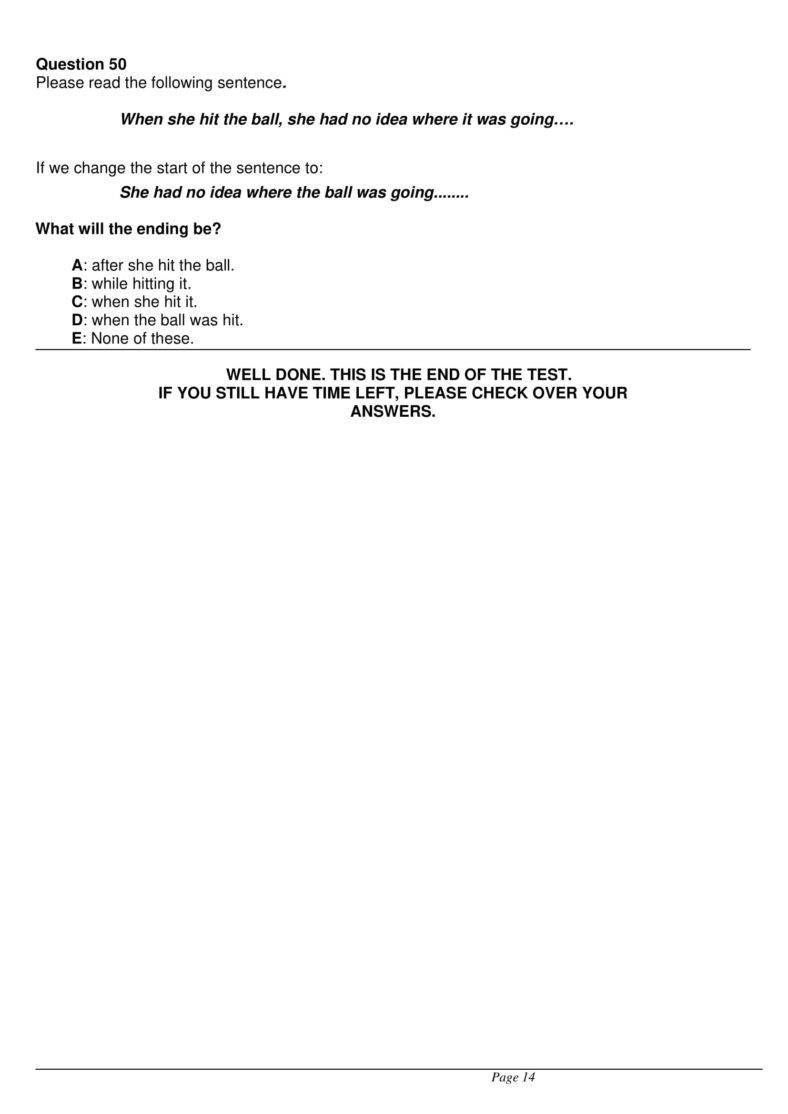 It is indeed amazing what books and reading could do to a culture, yet from time to time, some people still wonder why they are given so much value. With most of us having nine-to-five fast-paced lives, who has time to sit down and read? Reading has always been important for more than intellectual reasons, even though we should be careful not to judge a person’s intellect on the basis of his reading skills, or lack thereof. But since the mind is a muscle that needs exercise, comprehension of the written word would be very helpful in its development. One way of developing a child’s language and listening skills, is teaching it to read as early as possible. These days everybody wants to talk and we lack people who care enough to listen, which costs many daily life misfortunes like job loss, breakup and other such misunderstandings, be it big or small. Reading, if we don’t already know, has always been essential to communication. Imagine how many conflicts we could avoid if we just understand each other and get our messages across, enough for us reach a compromise with each other once in a while. You may also see sample vocabulary worksheet templates. 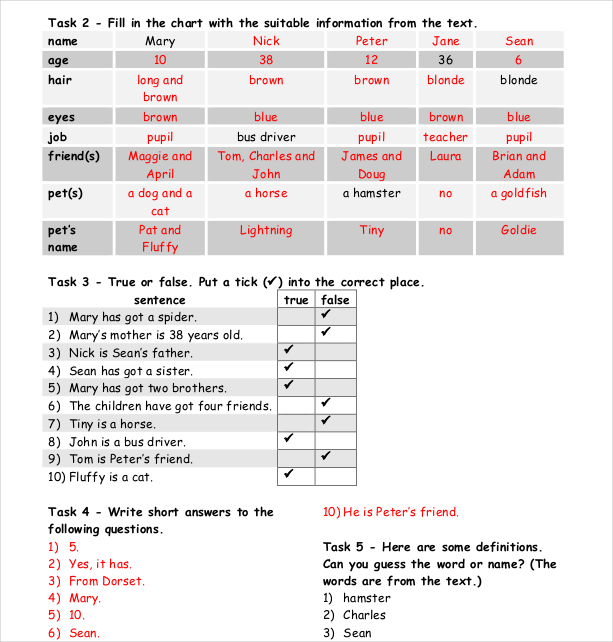 We also probably would not be able to function well in present-day society if we do not know how to read well enough to understand simple instructions such as the ones found in food labels in the grocery store. It would be difficult to be outside with cities littered with traffic signs and road directions. It would feel scary, especially if you are a child. These are typical day to day situations that we often take for granted but has the potential to become extremely frustrating. If you are an adult on the street trying to find your way in a strange city, you will be left feeling very scared and angry at the same time because things like this are supposed to be very easy. This is the reason why people who haven’t got enough comprehension skills to save themselves the embarrassment of asking too many questions, are often unsure of themselves, shot of confidence and at times, really insecure about their abilities. Having a good self image is one of the many affirmations of reading, because if you cannot understand a material in school or at work, it tends to result in a poor performance. Imagine feeling isolated in a room full of intellectuals. You may aslo see business sheet templates. 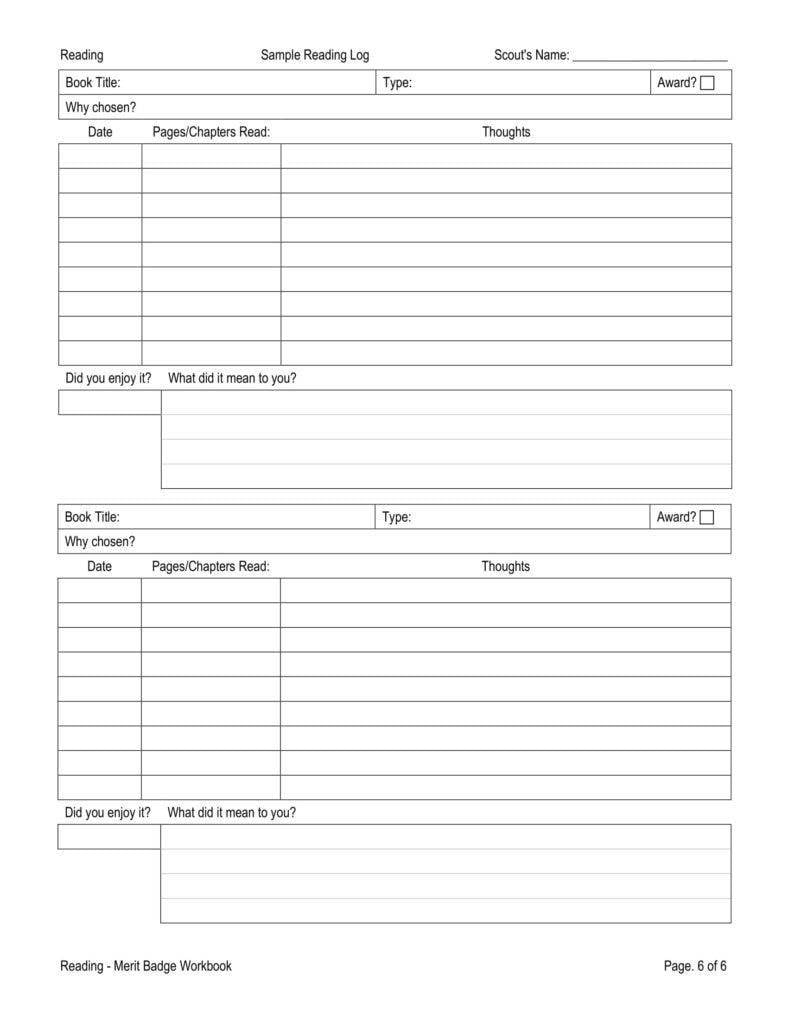 Simple as it may sound, reading is also a vital skill if you want to find a good job. You might be surprised about in discovering that there are many well-paying jobs that require reading as a part of job performance. Business and especially  public service are places with desks filled with paperwork whether actual or in the computer, with memos, reports and emails that need to be read, understood and responded to. Lack of comprehension will result in too much time wasted because it would take too long to absorb information and it could affect productivity in the workplace. This would be a blow to a person’s other limitations. It is therefore our responsibility as adults to ensure that reading skills are developed in a child’s early years, or even when it haven’t begun school yet. Education, after all, begins at home. You may also like missing numbers worksheet templates.

Children who read often who practice and are encouraged to read often, obviously get better at it. This is pretty self explanatory. Practice makes perfect after all, in almost anything we seek to do and reading is no different. Another no-brainer is the fact that reading improves concentration. If you are in the middle of a story, and you want to find out how it ends, you are in tune with the characters, you almost never notice what is happening around you. As far as you’re concerned, it’s just you and the book, and probably a cup of coffee in the case of adults who read. Other than that, it improves a child’s vocabulary, or anyone else’s for that matter. Language skills as well as writing skills are improved because children learn new words as they read but also because they unconsciously absorb information as they read, thereby learning how sentences are structured or how they can use the words they learned effectively. You may also like fun math worksheet templates. 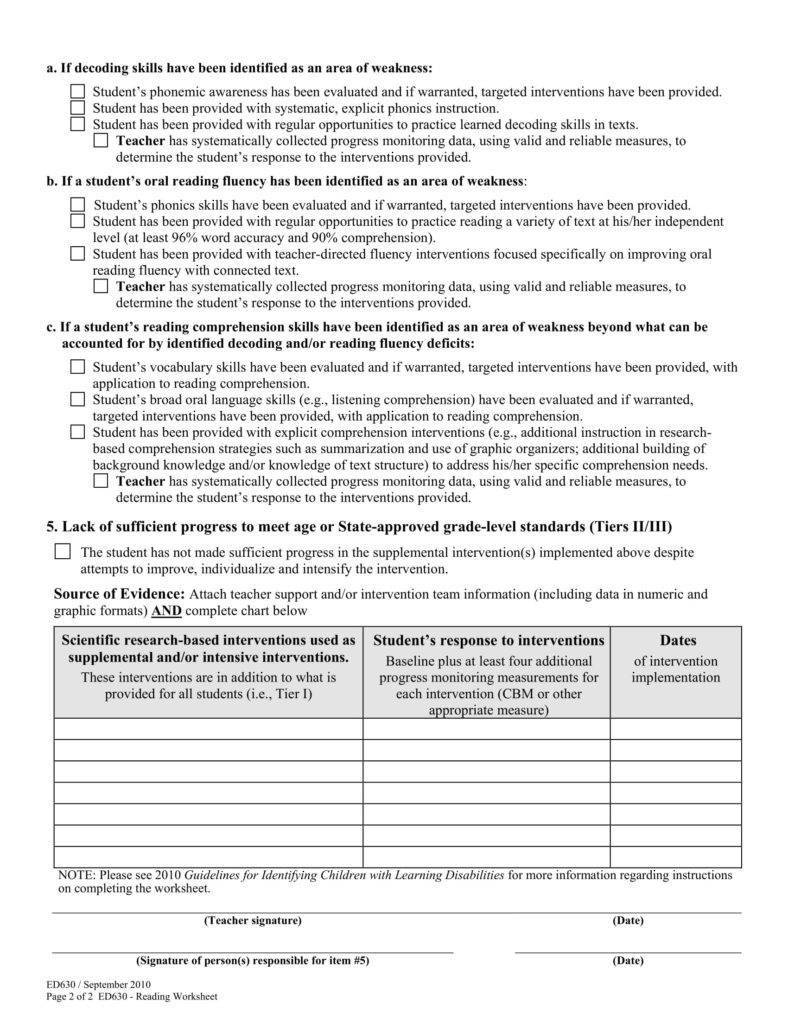 Reading is essential in developing a child’s imagination. When we read, our brains transform the descriptions in stories into something visual. We feed our brains with pictures of people, places and things that we read about, to somehow feel the same things as the characters, in which case the sense of empathy is also cultivated. You may also like daily worksheet templates.

Reading teaches children about the world they live in. They learn about places and people, and situations different from their own, allowing themselves to be exposed to how other people live and how they deal with circumstances different from the ones they have known. This is a strong foundation of learning that also builds a source of knowledge which would then help them o gain confidence and enjoy reading while learning many things in the process. You may also like worksheet templates for teachers. 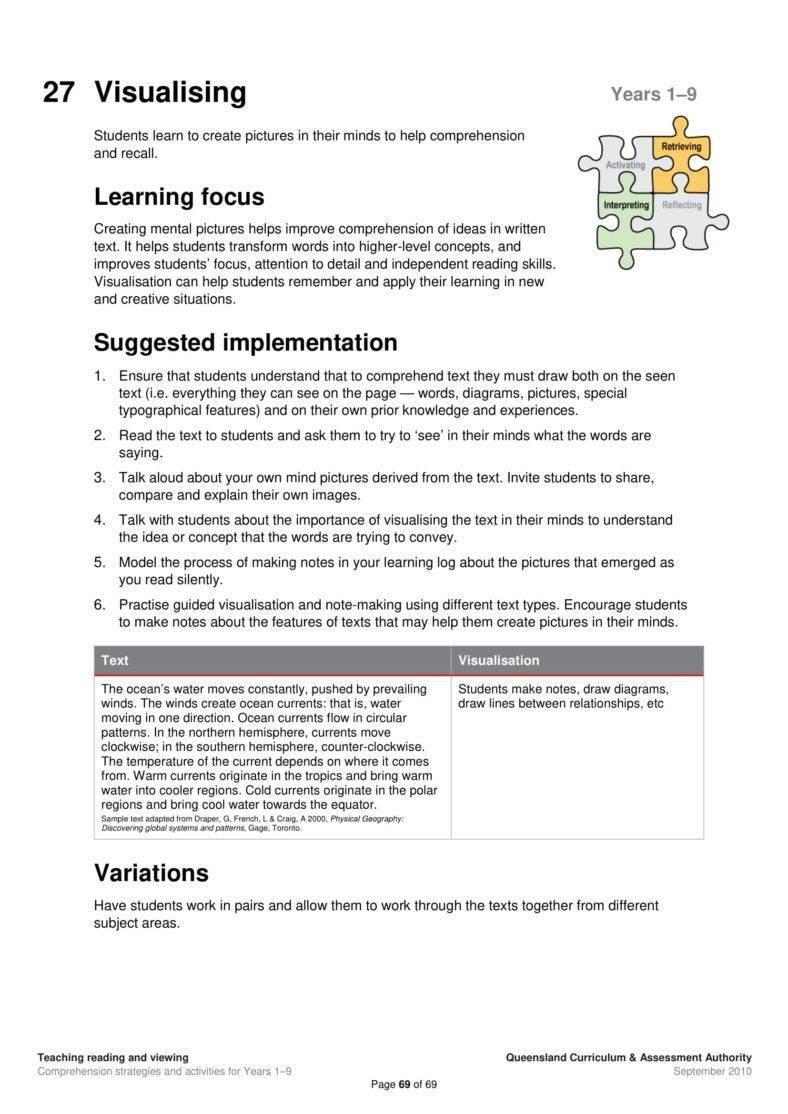 A child who develops early reading habits would almost always ensure a lifelong love for reading and books and probably writing too, since most people who loves to read tend to also have impressive writing skills, that would continue to improve when he or she considers reading a vital part of his life. A love for reading will prove to be a good advantage later on in life, especially in education. You may also like event planning worksheet templates.

Reading inspires a thirst for knowledge. For both children and adults who reads, learning about the world and being interested in many cultures comes as natural, because reading sparks a great interest for seeking answers to the world’s most challenging questions. It also develops a sound understanding about the kind of world we live in, shaping our opinions and philosophies in the process. The more you read, the more you learn. The more you learn, the more you want to learn more. You may also see printable budget worksheet templates. 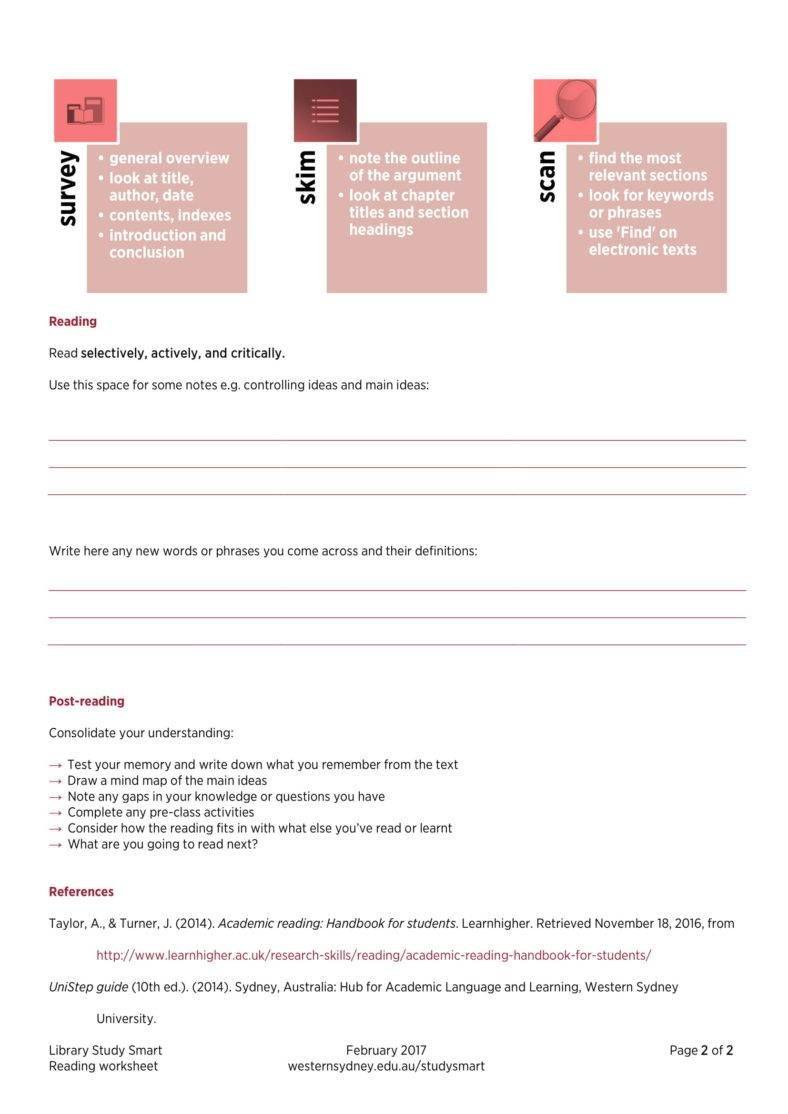 Burning a book may be a symbolic act, as the most infamous of all book burnings became a hard lesson to the world, but we do not have to burn intellectual works just to make a statement.  Such is the power of the written word, threatening an ideology on the wrong side of history. But as Ray Bradbury once said: “You don’t have to burn books to destroy a culture. Just get people to stop reading them.” You may also like printable worksheets.

What would a world be like without books? It would probably be a very dark and scary one.