When the United Nations adopted Sustainable Development Goals (SDGs) that took effect in January 2016, they were trying to tell the rest of us that they were serious in replacing strategies that were unfortunately outdated in regards to promoting volunteerism and the civic society. While this is far from being a new thing, the UN is trying to open more doors and recognizing the importance and demand for more civic involvement and engagement through SDGs. You may also like the sheet templates.

“Volunteerism can help to expand and mobilize constituencies and to engage people in national planning and implementation for sustainable development smart goals. And, volunteer groups can help to localize the new agenda by providing new spaces of interaction between governments and people for concrete and scalable actions,” UN Secretary-General Ban Ki-Moon had emphasized. It then shows that with these goals already being adopted, the UN still recognizes the value of volunteer work as a non-exclusive and important part of a country’s development because governments need the civic society and people on their side to carry out these goals. You may also see the sign up sheet templates. 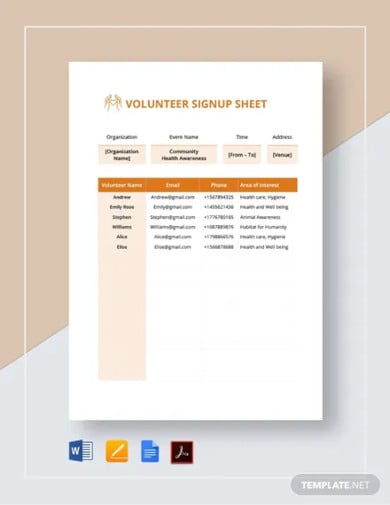 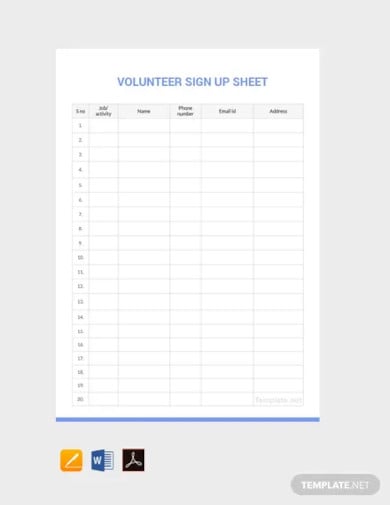 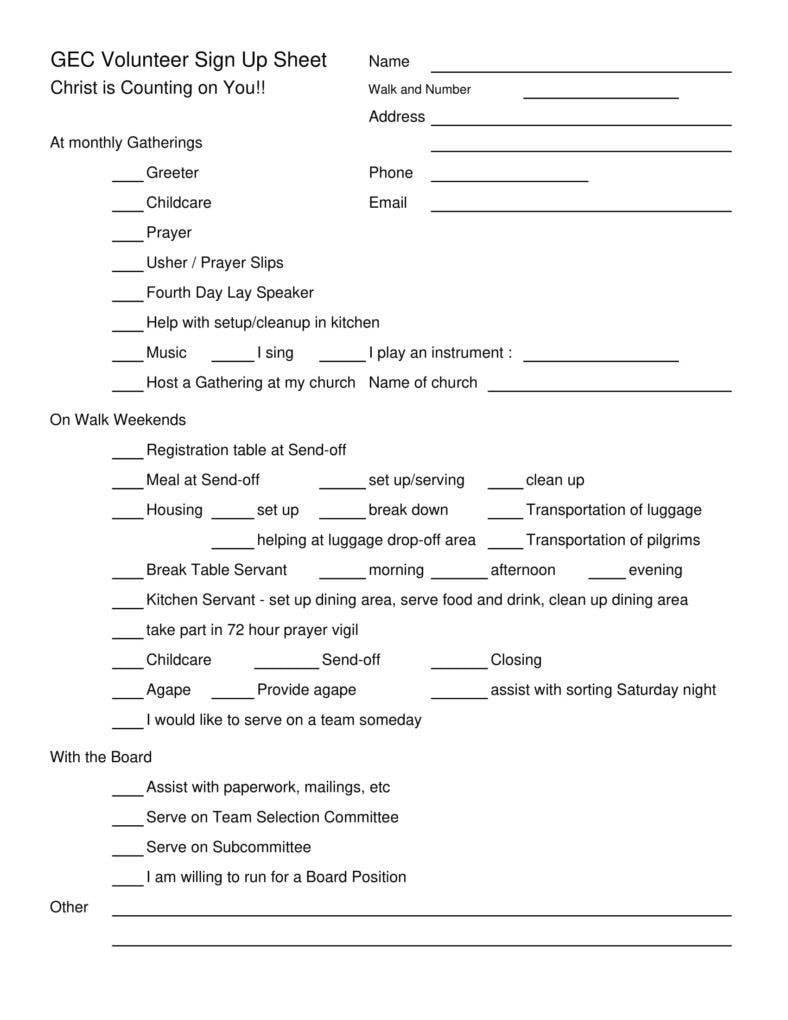 During the Calgary Olympics about twenty years ago, the volunteers that helped make it possible with their effort, dedication, and overall contribution throughout the games impressed a Frenchman who went on to say that the 1992 Albertville games could also use some volunteers and that he wanted to recruit the same people. He may have been surprised because he said that they will pay them. In these kinds of situations, it becomes easy for some people to forget that you don’t get to attract the right volunteers who would be willing to sign up for anything just because you are willing to pay them. You may also like the sample sheet templates. 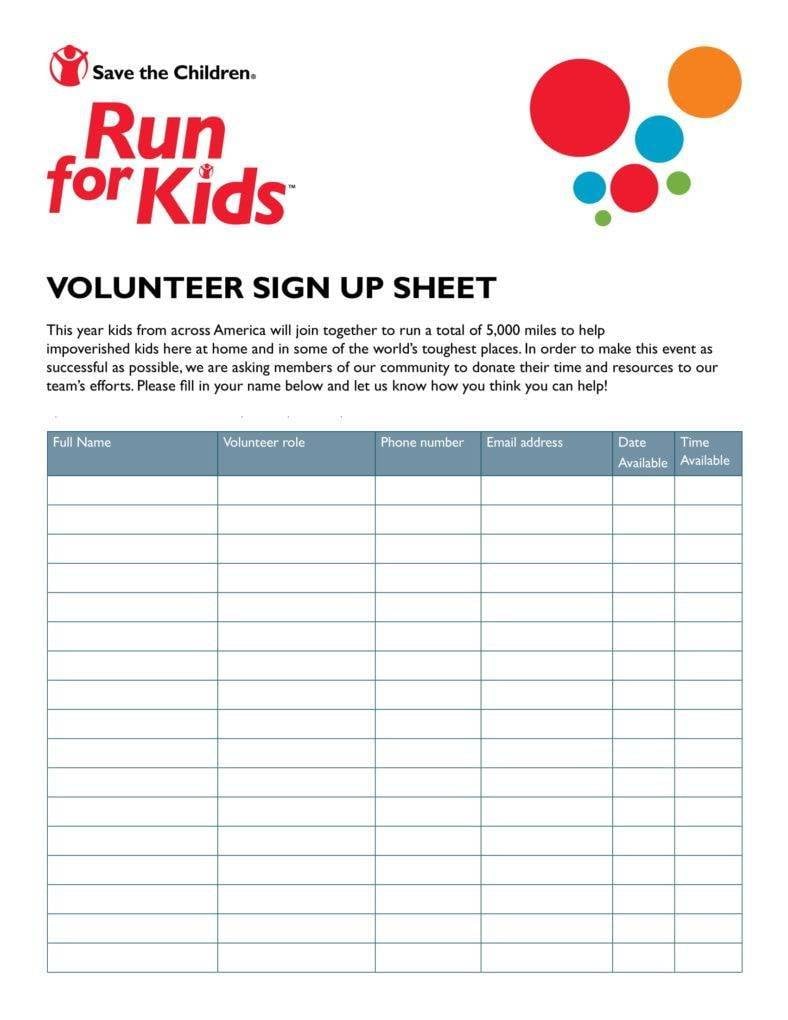 Volunteers exist and get the job done because they believe in a cause. They are not usually in it for their personal gain even if a cause may generate monetary value. The concept of volunteering in the general sense has a lot to do with rendering service, often in the community, by choice or out of free will, to help the community, as an individual, a group, or an organization without the expectation of getting paid in the process. You may also like the event sign-in sheet templates. 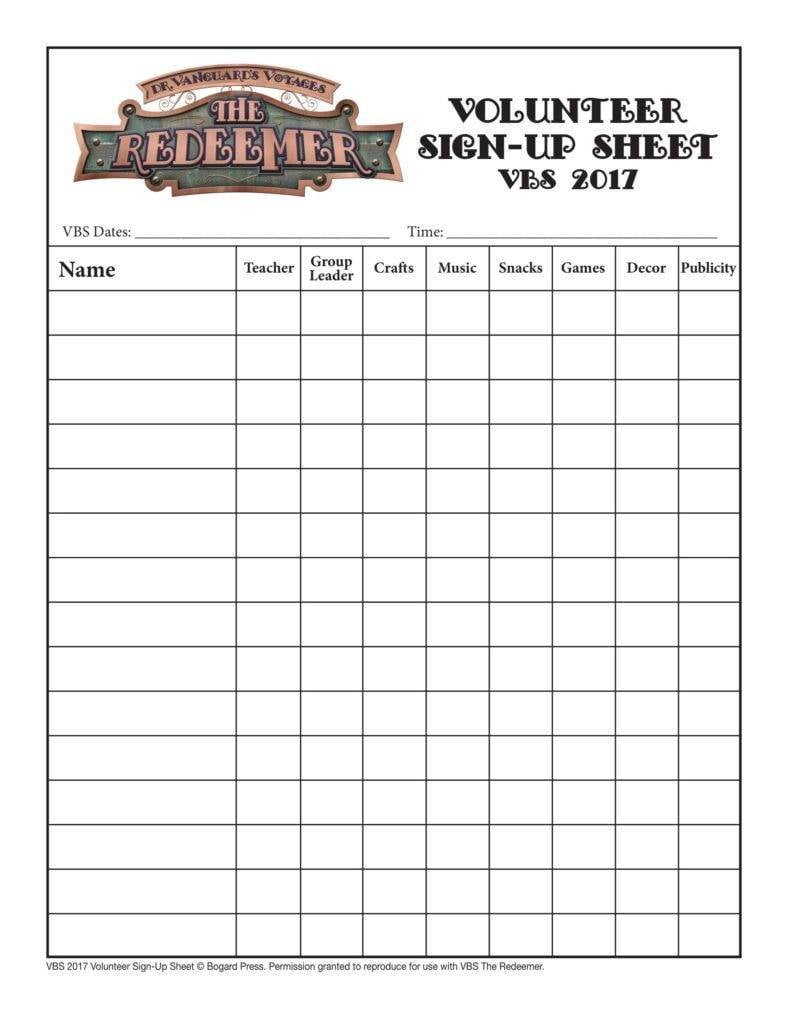 In 1999, Médecins Sans Frontières (MSF), more commonly known around the world as Doctors Without Borders, was awarded the Nobel Peace Prize. The organization, made up of a band of doctors admitting to being somehow disillusioned with the neutrality of Red Cross, are known for sending members of their medical team to the poorest, most dangerous and conflicted countries in the world, encouraging these volunteers to make a difference in not only saving lives but also to take a public stand about the injustices they witness, which, unfortunately, caused other countries to ban them. You may also see the sign in sheet templates. 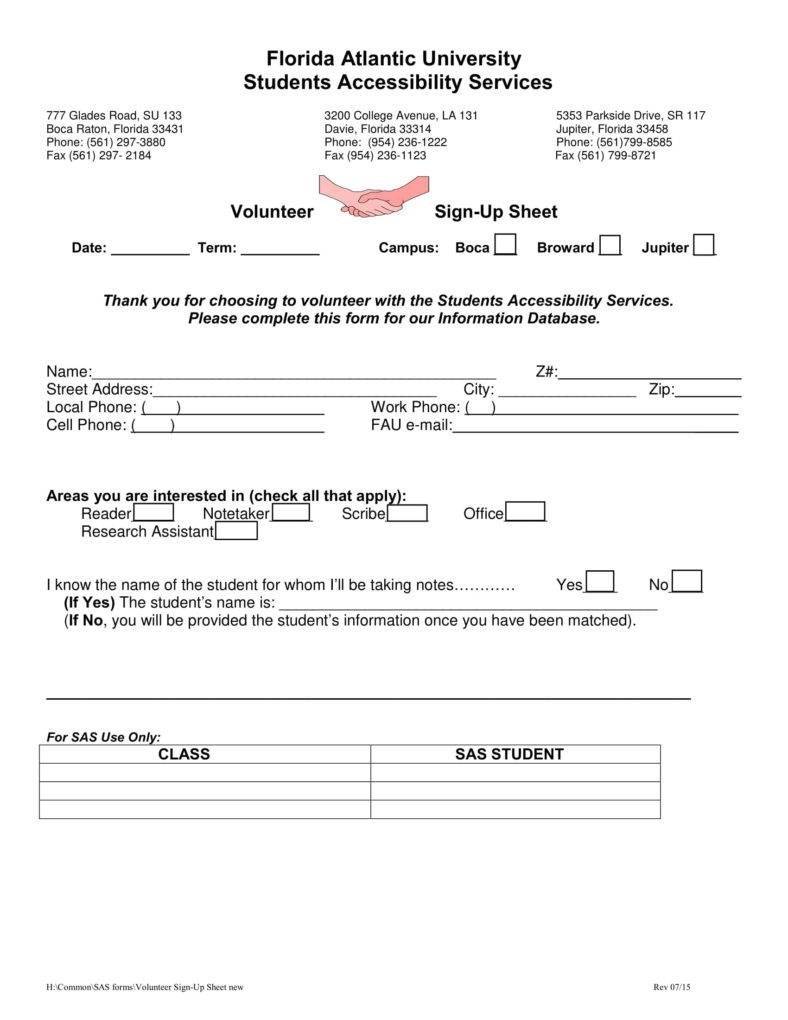 Founded in France in 1971, Médecins Sans Frontières have grown as a global volunteer group that sends more than 3,000 medical field staff every year to provide medical and lifesaving assistance to people who would otherwise be destitute when it comes to receiving medical attention. In many countries, they treat the wounded, the starving, and the sick, especially in places considered to be war zones. Yes, it would be foolish to assume that volunteer work, especially in the world’s largest and most recognized non-profit organizations, is not tainted with politics. Certain people have axes to grind as well and utilize these organizations to express  and impose their political opinions. Politics aside, we cannot deny that there are people like the ones working for Doctors Without Borders who are risking their lives to help those in need, almost every day. You may also see the volunteer sign-in sheet templates. 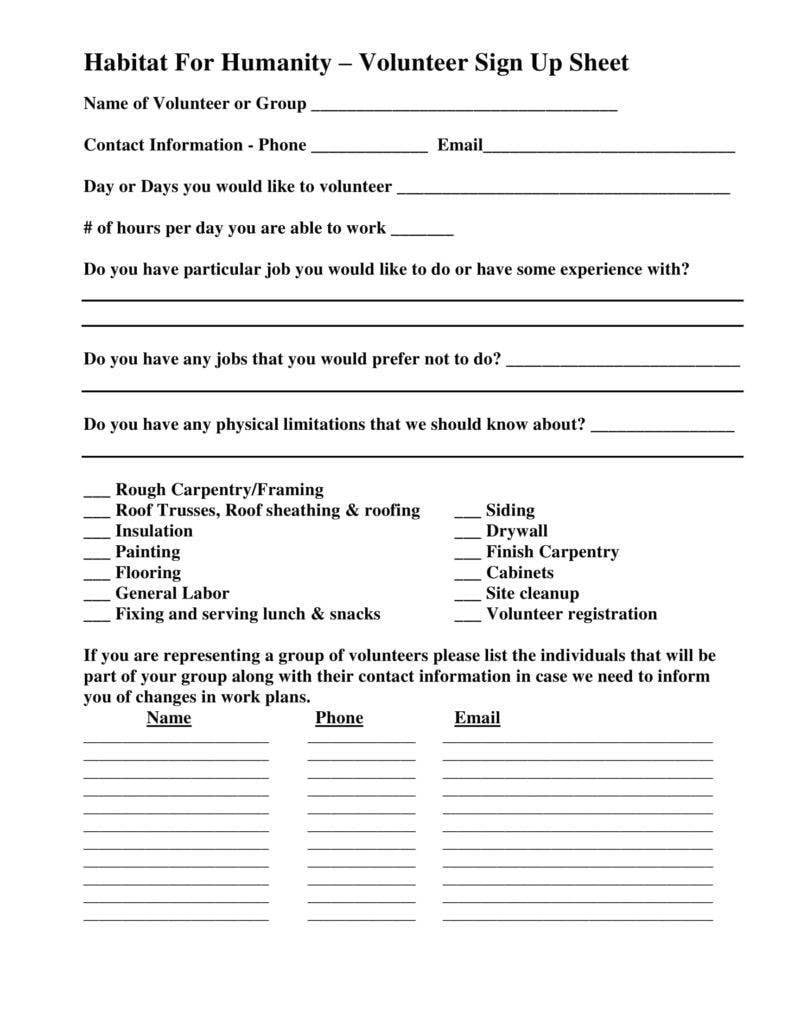 To deny them of the recognition they deserve just because they have formed opinions of their own, about the seriousness of the situation they have seen in places they have been to, would be a tad disrespectful. Through the years, the image of the volunteer has also changed. There are no more stereotypes of middle-aged housewives having plenty of time to spare to help the community or picking a cause to lend services to. Today’s civic society has made a well-deserved diverse turn. People from different races, across all ages and different walks of life make up the modern-day volunteers. They understand the need and importance of volunteer work and the sense of social responsibility one gets from causes like damaged wildlife, shortage of manpower, or a country that has been stripped of its morale. You may also like the sample volunteer timesheets.

Volunteer work also brings forth awareness about certain issues that need support. For example, almost five years ago, a majority of people had never heard of Amyotrophic Lateral Sclerosis or ALS, a deadly disease that affects nerve cells in the brain and spinal cord. Thanks to a brilliant fundraising campaign known as the Ice Bucket Challenge launched by the ALS Association, everyone was soaked with ice from the biggest names in Hollywood and sports, to preschoolers and business tycoons, to retirees, making them volunteer to donate during the campaign’s viral run on social media, which also raised awareness about ALS faster than everyone expected. 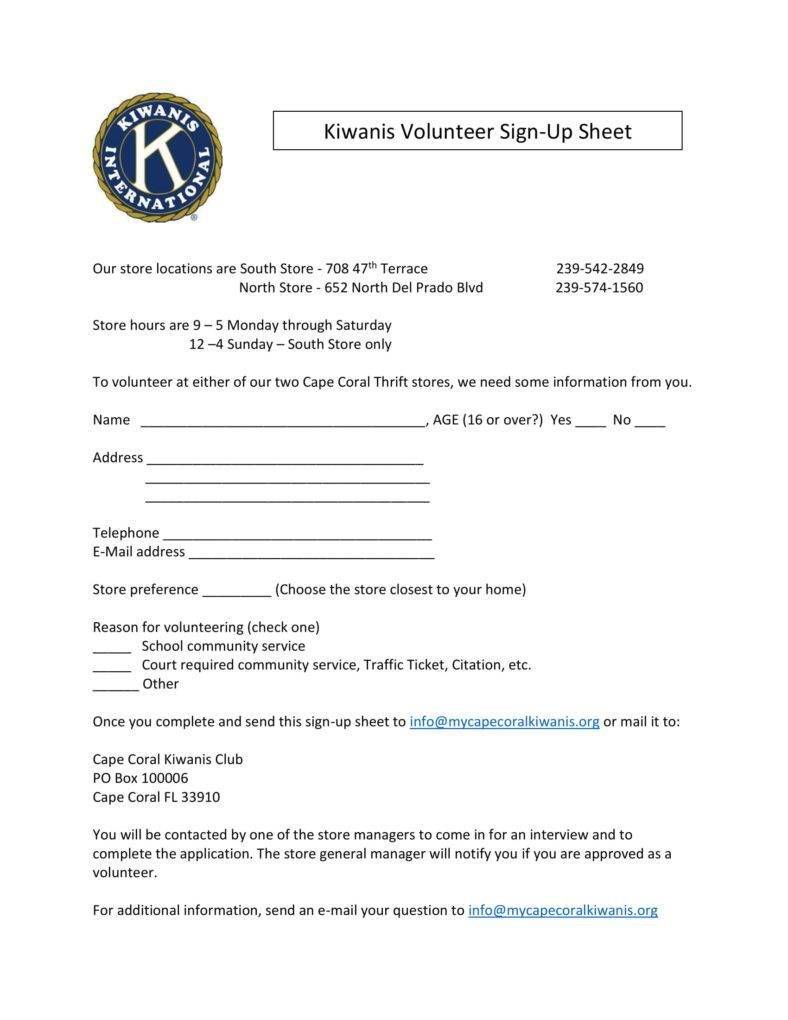 Volunteerism’s Role in the Economy

According to the Association for Research on Nonprofit Organizations and Voluntary Action, volunteers offer services amounting between $113 billion to $161 billion every year in the United States, with 63.4 million Americans volunteering to help their communities in 2009. Their services were also added up to 8.1 billion hours which has an estimated dollar value of $169 billion. In the United Kingdom, according to the Institute for Volunteering Research and Volunteering England, 4.42% of the England and Wales population volunteered through various organizations at least once in 2003 which if added up, would be approximately 17.9 million people. These figures speak volumes for the value of volunteer work in a country’s economy, with people dedicating hours in producing services that generate sums of money while expecting almost nothing in return. You may also see the volunteer application templates.

Volunteering has the ability to make a massive contribution to the economy all around the world. According to the Johns Hopkins Center for Civil Society Studies 2011, there were about 140 million people in 37 countries who engage themselves in volunteer work in a typical year. One person helping another would not be highly unusual, except when multiplied, people who help can create such a good amount of work and productivity that would put the services of some of the highest paid people to shame. You may also like the tally sheet templates. 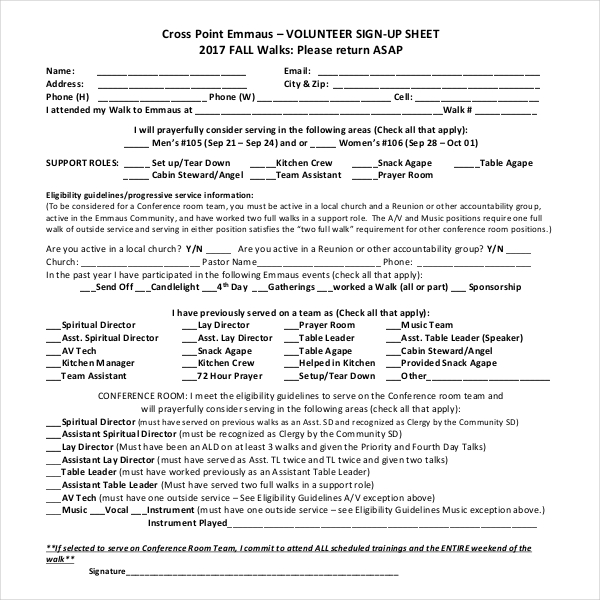 Volunteerism and the Youth

For almost twenty years, people have become more and more involved to the causes in their communities and the issues haunting society as a whole. Because of that, even today’s teenagers seek charity organizations and volunteer clubs out. Typically, young people never want to run out of avenues to connect to others and be involved, using their idealism in social media platforms and go the extra email to find causes with which they can identify themselves with, whether local or global. You may also see the sample call sheet template.

Volunteerism has been a very viable mechanism for the youth in the global fight for social change. It is becoming increasingly popular for young people to use their sense of idealism to make a difference and engage in themselves in causes that would help bring about sustainable human development. There are more than 1.2 billion young people (defined by the United Nations as between 15 and 24 years of age) in the world today, the largest group recorded in history, thus far. If they work together to help the needy, millennials and their creative ideas and determination to drive innovation and reform would provide a strong hope for progress. Recognition for youth volunteerism has also become important, especially that in today’s job market, employment competition is tougher than ever, with the global economic downturn. Another benefit of volunteer work would be that it can also develop a better, impressive resume. 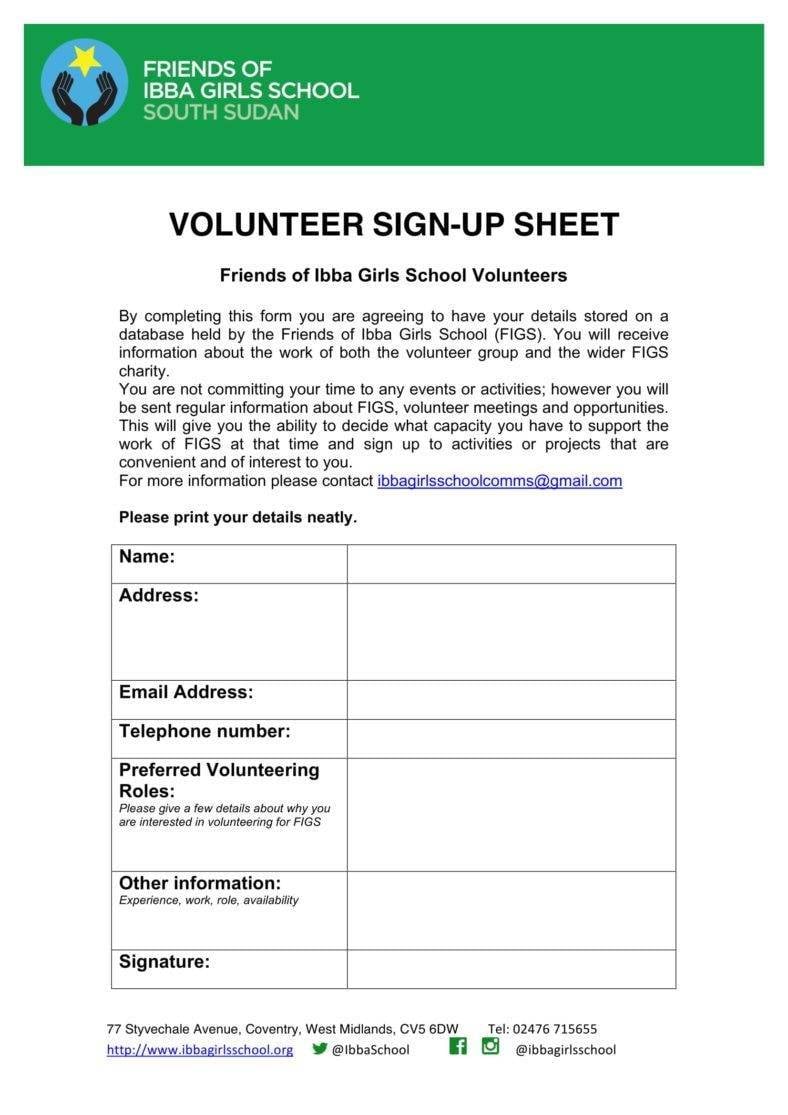 If you are working in an organization that wants to stand up to deal with the biggest challenges facing humanity, you will need a band of volunteers that are passionate, dedicated, and driven. In short, you have to get an amazing group of people, because the regular volunteer just would not be enough. Even in volunteerism, mediocrity is a big no-no. It causes delays in trying to solve problems, disrupts the harmony of the rest of the people in the organization, and would be a big waste of time and opportunity. But the good thing is, volunteers made up of genuine people, who have a genuine belief and faith in a cause, exists. Most people in Doctors Without Borders are probably professionals who could be earning enough to be living comfortable lives in the suburbs but these doctors and nurses, who receive an honorarium of about $750 a month, choose to work under extreme conditions. In recent years, the agency has also achieved some logistical triumphs such as the case of Nigeria in 1995. During this time, Nigeria was plagued with meningitis, and because of the organization’s efforts, they were able to vaccinate four million people in three months. You may also like the grade sheet templates. 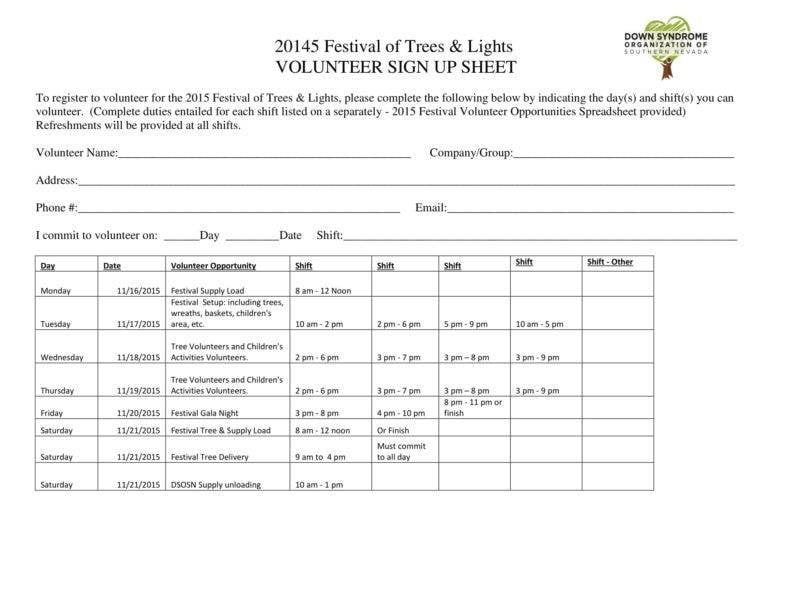 The government has recognized the important contribution of volunteering in the last decades, encouraging people, promoting it to be a big part of someone’s citizenship, to further the goal of getting rid of the social exclusions that have haunted the world for years. It doesn’t take much to be a volunteer. You just have to pick a cause, an issue that you know you care about, and believe in that cause. You may also see the timesheet templates. 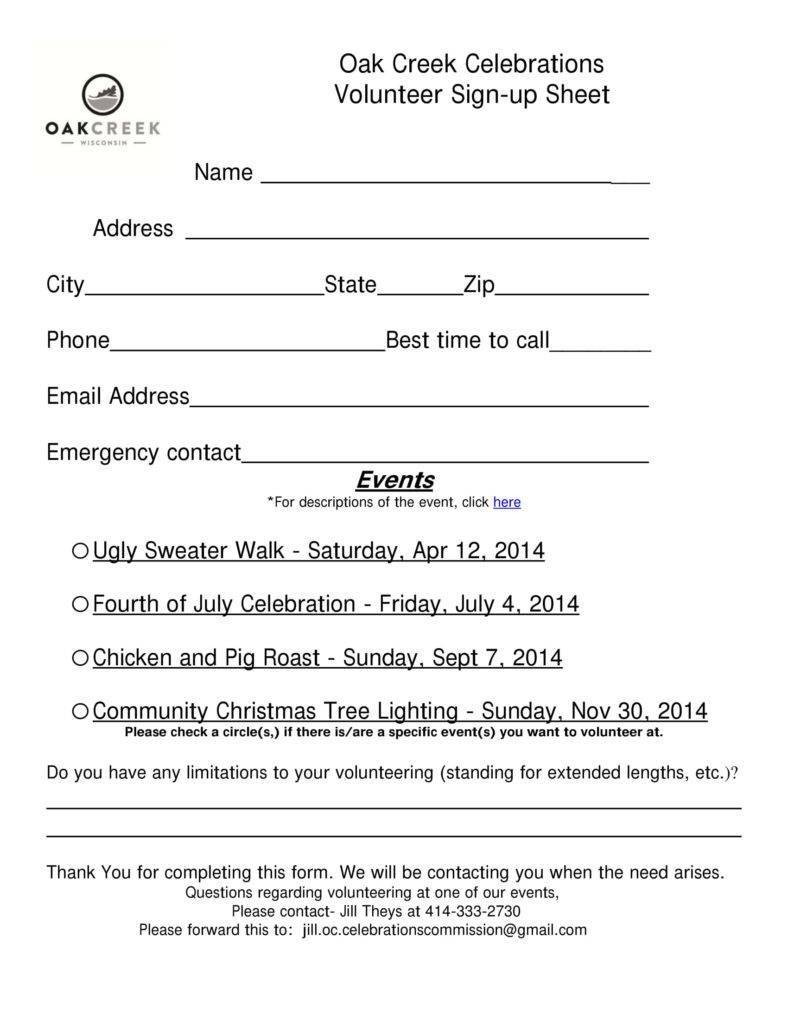 You have to be passionate enough to make a difference.

And, you have to be strong to see the injustices of humanity and fight it with volunteerism. This world isn’t doomed to the failures of society. You won’t believe how much difference one person can make, in helping another. You may also like the simple timesheet templates.

Someone once said, “I vow to live fully in each moment and to look at all beings with eyes of compassion.”