“Congratulations! You have been promoted!”

Ah, that short, five-word sentence that you mean a lot in an employee’s life. Promotion is considered to be one of the greatest highlights or milestone in an employee’s career. It means that all his efforts and hard work have finally paid off. Hence, a simple promotion can be a sweet victory that can motivate the employee to do better in performing his or her tasks.

While employees are expected to give the best of their abilities to perform their duties and responsibilities, it is also the duty and responsibility of an employer to know the employee who deserved to be given a promotion because of their constant dedication and diligence in performing their daily tasks. According to business experts, recognizing the hard work invested by the employees can have a huge effect on the growth and success of your business because you show your employees that you care and give importance to all the efforts they have contributed to the organization.

What is Promotion at Work

According to an article that is published at yourarticlelibrary.com, “promotion is a vertical movement of an employee within the organization. In other words, promotion refers to the upward movement of an employee from one job to another higher one, with an increase in salary, status, and responsibilities.” And since promotion can be considered to be a motivational factor in a workplace, many employees dream of getting a job promotion because it can give them power, authority, and status within the organization.

This type of promotion happens when an employee is reposition in the same category. Let us take for instance; a junior clerk is promoted by the employer to a senior clerk. If you will recognize the employee remains in the same department but is promoted to a higher ranking promotion. Just like the vertical promotion, it also involves an increase in an employee’s salary, responsibilities, status, and authority.

A dry promotion happens when the promoted employee does not have any increase in salary. Let us take for instance that even an HR associate is promoted to an HR assistant, the promotion does not come with a salary increase or pay. The reason behind the absence of salary increase is that the promoted employee yearns more status in the job title hierarchy or there is a fund crunch/resource in the company. However, the said employee is awarded with one or two yearly increments. 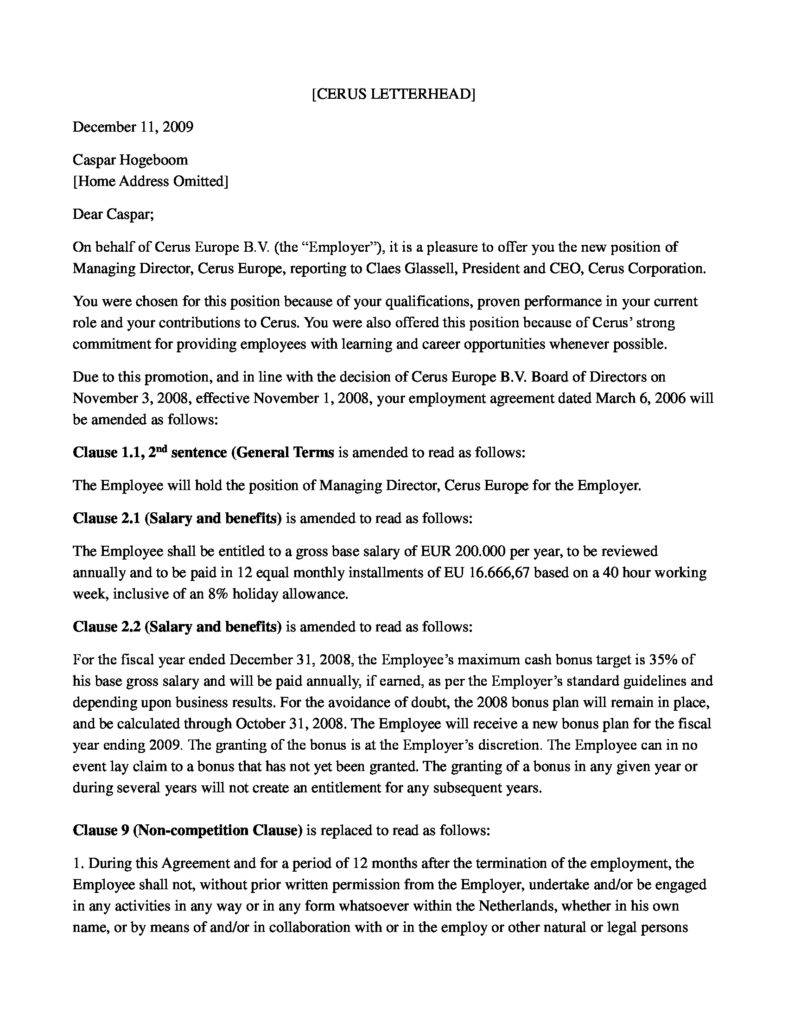 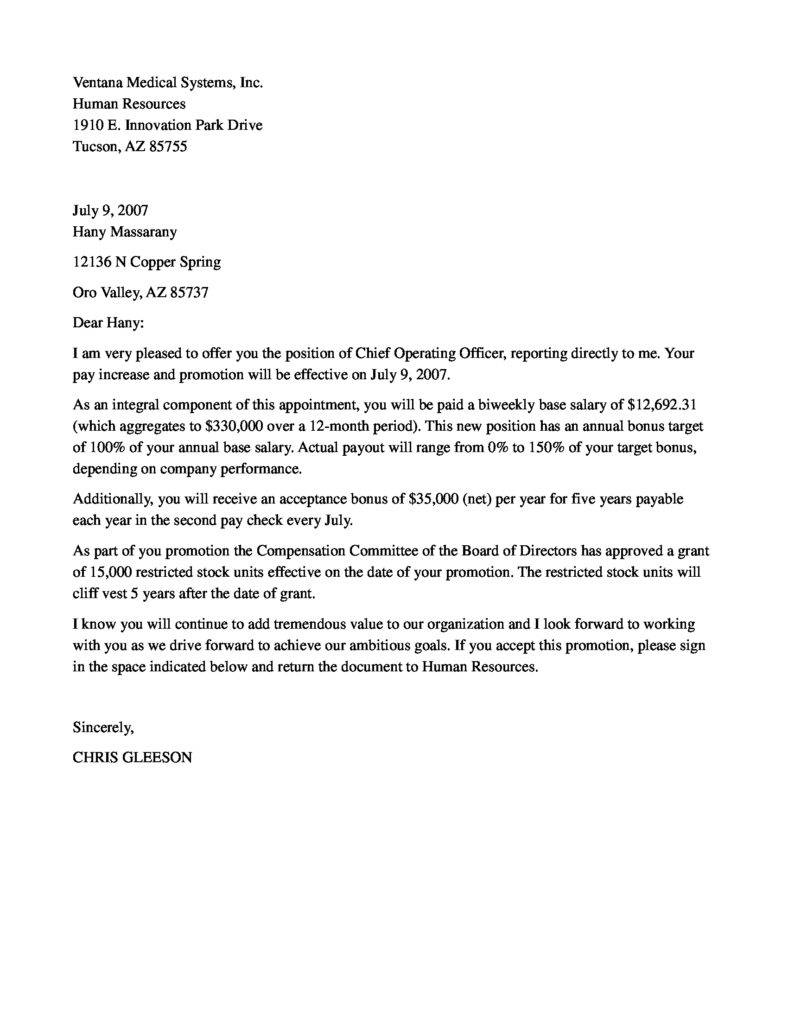 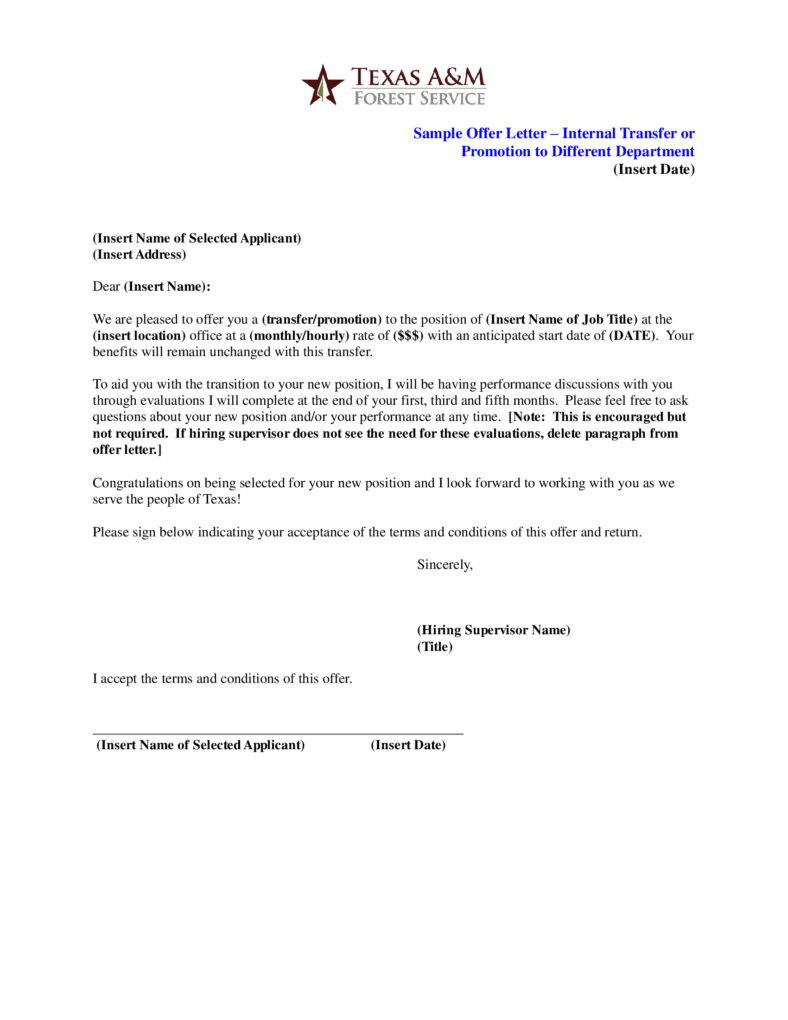 Benefits of Promotion from Within

Before you make a final decision to advertise new positions in your company, it would be a wise look for potentially deserving employees in your organization. Whether you are a manager or the employer of the company, you should understand the importance of promoting the people who have been there and helping you flourish your business from the start rather than hiring a new set of employees to fill in high ranking positions in your organization. If you know employees whom you believe have the capacity to perform and manage higher positions, then make them your priority when it comes to promotion, and you are guaranteed not to lose a promising staff to another company.

Hiring new employees can be a long and expensive process because you will have to invest in posting job advertisement that your company opening vacant positions to potential candidates. Some employers also hire the services of an industry recruiter and will need to pay for leads, pre-qualifications, and introductions. Moreover, it will take time for the company to boost back the productivity level because newly hired employees have to be trained to be efficient in performing their duties and responsibilities. On the other hand, when you decide to hire from within, you enable a smooth transition in your business without affecting the quality of your services on your customers and clients.

Compared to hiring someone from outside the organization, promoting an employee who has been a member of the organization for a long time is more likely to function well and succeed in his tasks. This is because choosing someone who has been working and contributing to your company for some time has a better understanding of what is expected from them. Additionally, he or she is familiar with the ins and outs of the business operation, understands the organization’s culture and the long-term goals of the company. On the other hand, when you externally promote a new employee, it may take you a couple of months to discover that he or she is not fit to work or is unable to accomplish the target goals that are asked of him or her.

A lot of times, it can be heartbreaking and upsetting for an employee who has been working diligently for years in a company, only to find out that all his efforts and hard work are overlooked. It is important to understand that your existing employees have dedicated their years working hard to help grow and flourish your business that is why it will be kind of unfair for them if you choose to hire new employees to fill higher ranking positions. Hence, it would be safe to say that choosing to promote from within is a much better idea than taking a chance on someone who may not stick around in your company for a longer time. Also, remember that loyalty is one of the key components in the success of the business today.

Factors to Consider When Promoting an Employee

Because knowing when is the right time to promote an employee can be challenging, there are certain factors that you need to consider. While employees often dream of getting a promotion, not all of them are ready and deserving to be promoted.

A performance appraisal is often conducted to determine the quality of their performance. It is used to evaluate if the employee who is a candidate for a promotion proved to be competent and has the right skills needed for the higher position.

The length of service is also an important factor that needs to be considered when promoting an employee. The number of years that an employee has worked for in the company determines the possibility for a promotion.

When you are promoting someone internally, it is important to find out whether the employee has the suitable skill set to function in a certain position. Having the right skill set should include the ability to:

Before you decide to promote an employee, it is important to make sure that he or she has been an asset to the organization. Make a list of his accomplishments and contribution so that it will be easier for you to identify which department or position is perfect for him or her. 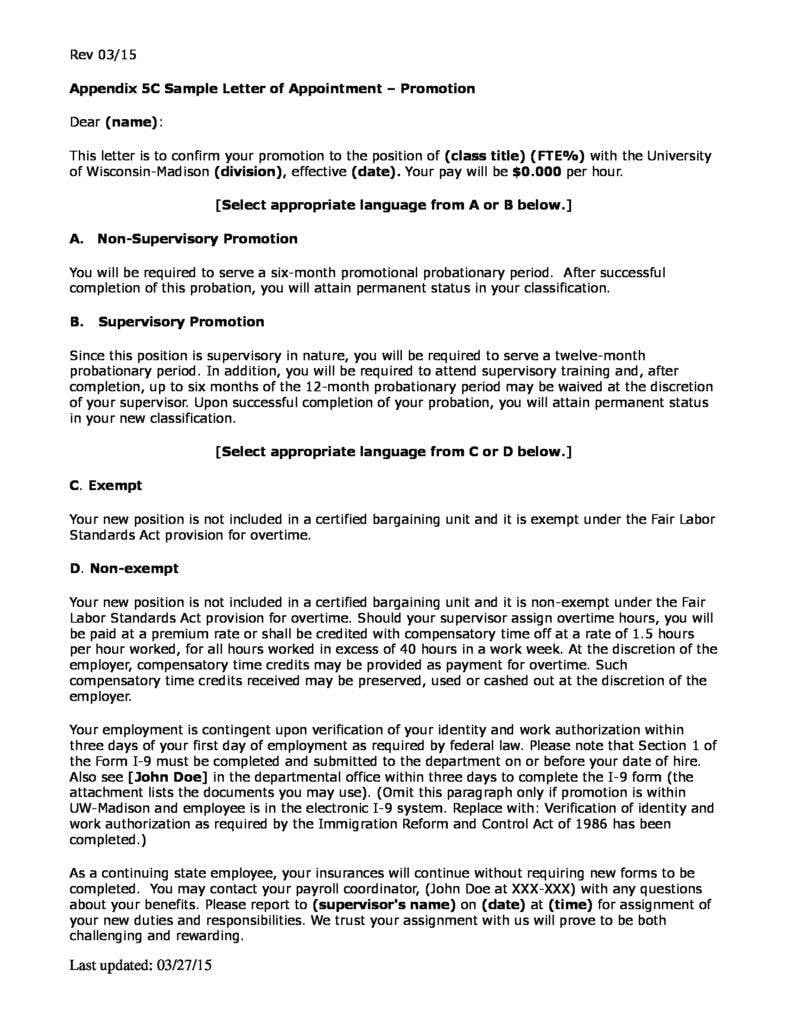 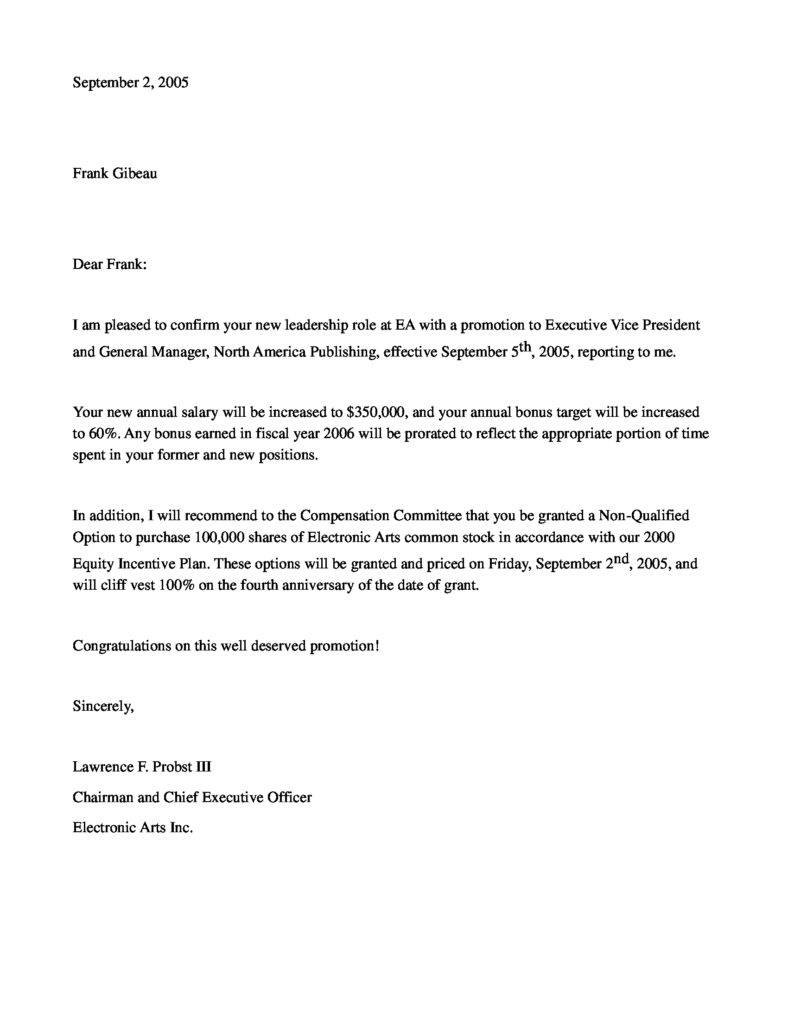 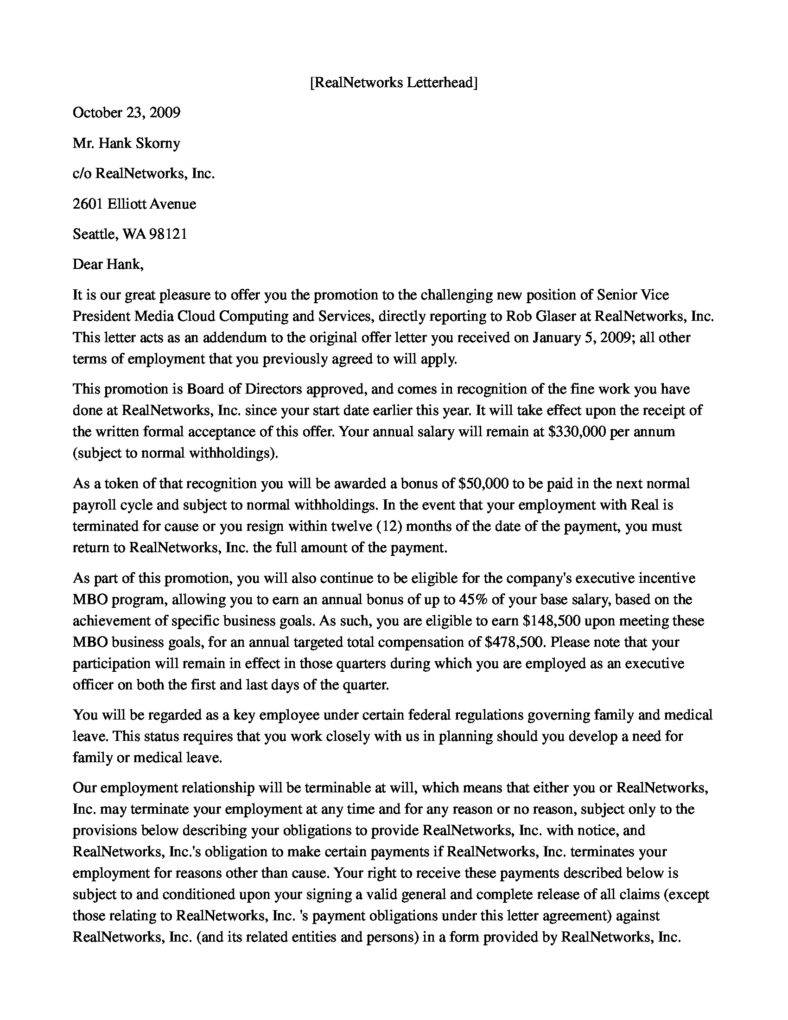 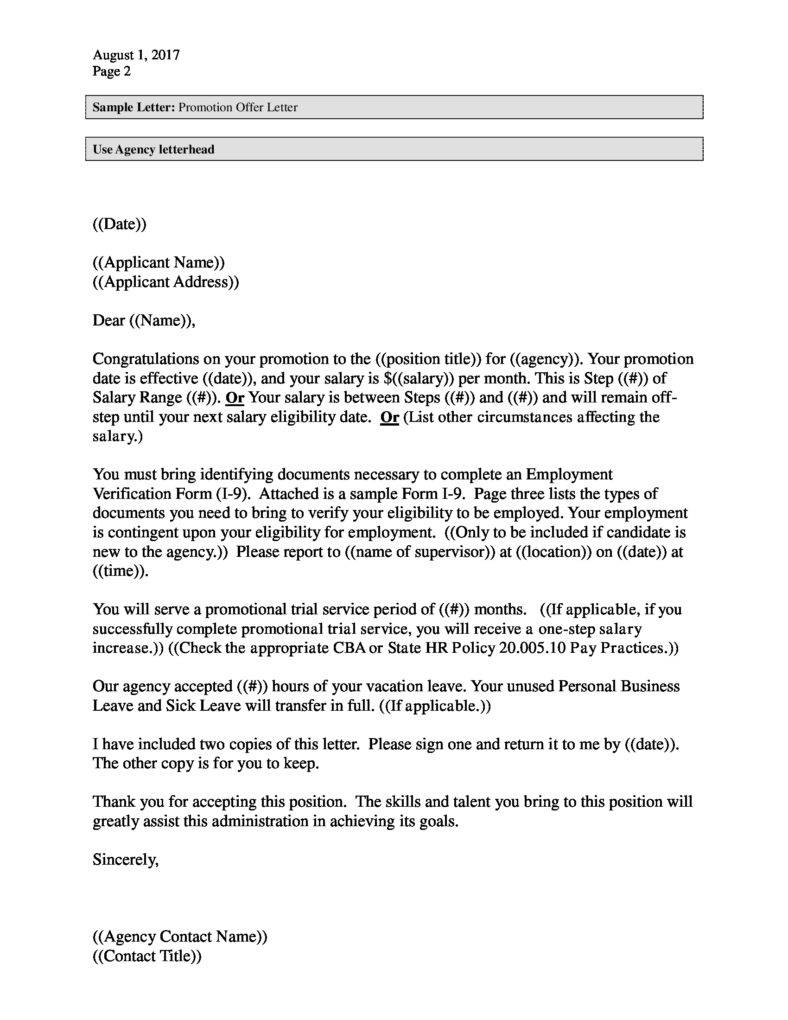 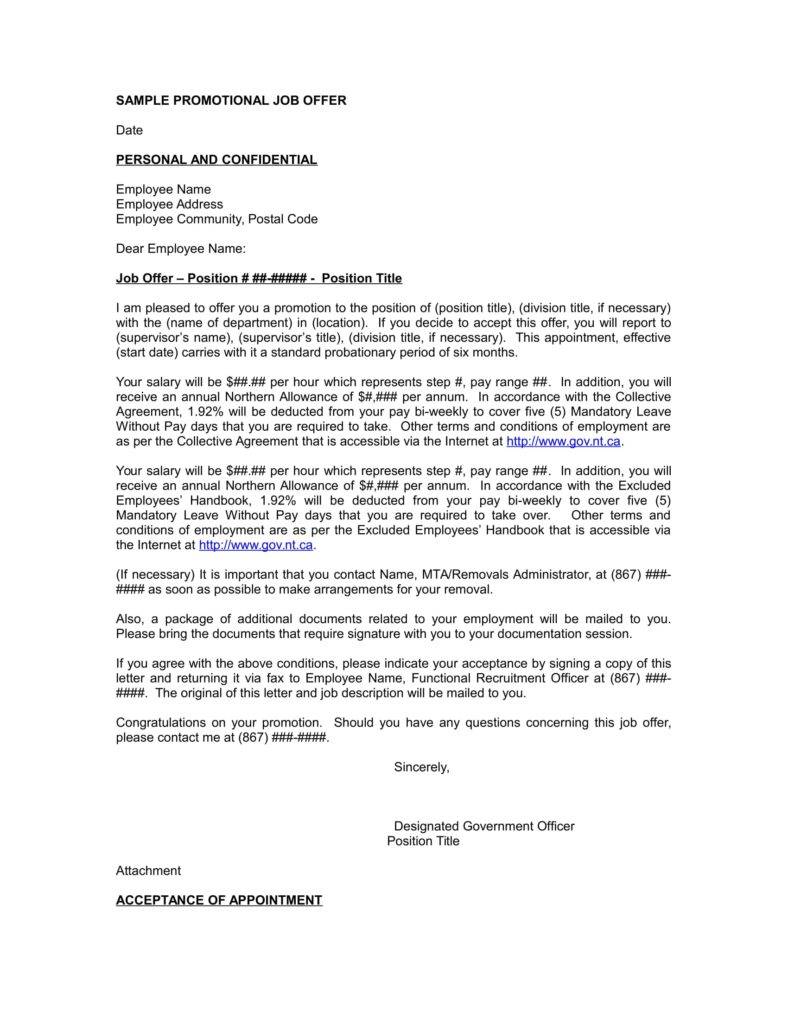 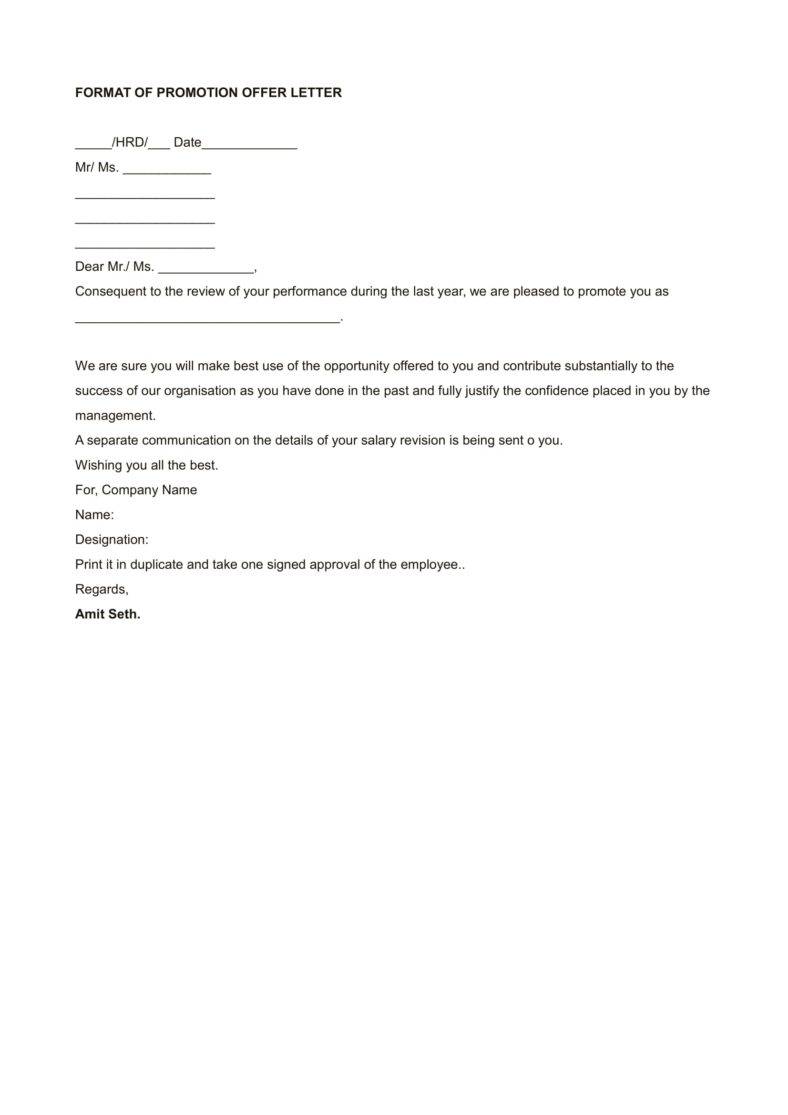 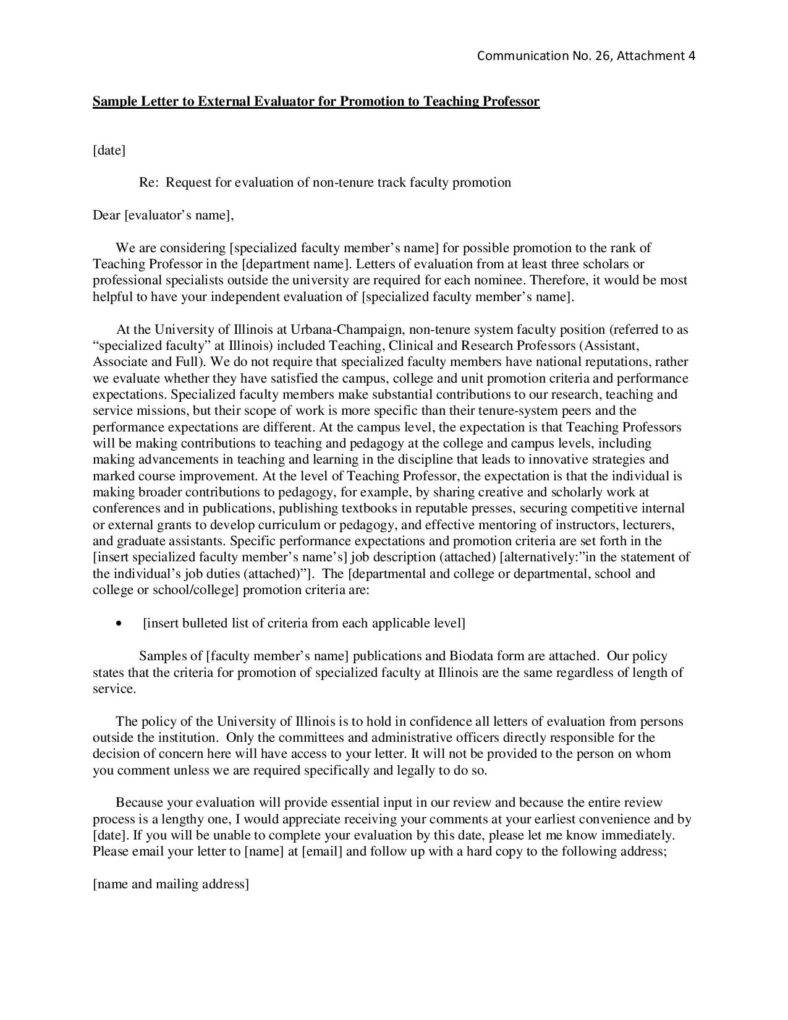 Awarding internal promotion to the deserving and hard working staff does not only benefit their career, but it can also bring a lot of amazing benefits in your company. Make sure to download and use our appraisal letters before you leave.