A press release is the issuance of an official statement regarding a specific event or information to different types of media varying with the target audience of a specific person or company who has approved the dissemination of such.

It is mostly used to give an idea about a specific occasion or to clear any misunderstandings regarding a specific topic that need the involved person’s disclosure about the matter. You may view our Press Release Template and use it for your next press release processes. 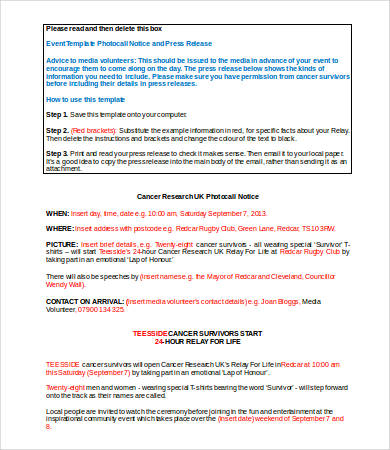 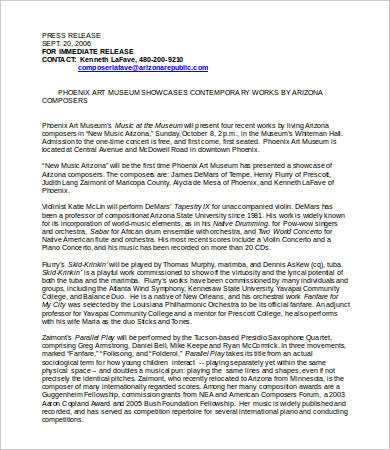 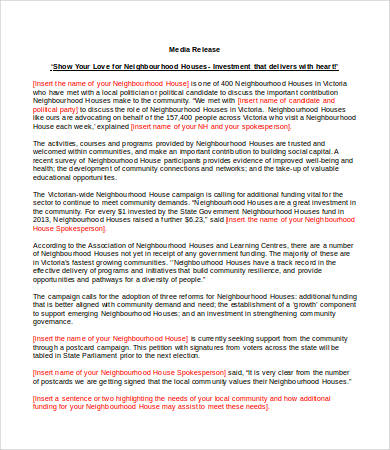 Write with a Thought in Mind

A press release for a specific purpose only comes out once, so you better get it right the first time. You need to be able to compose yourself and fully understand how a press release can affect you and the people involved in any matter that you want to give light into before you give your statement or relay any kind of information.

Our Press Release Templates will help you to create yours. All of them are downloadable, editable, and printable, which makes your job of creating your own press release easier. 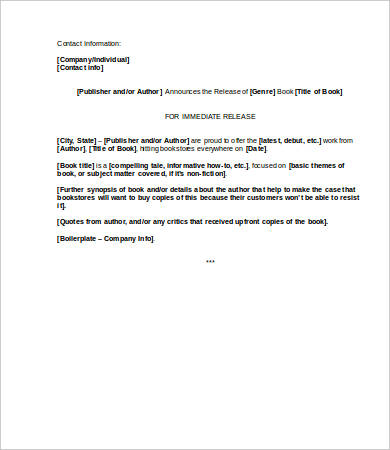 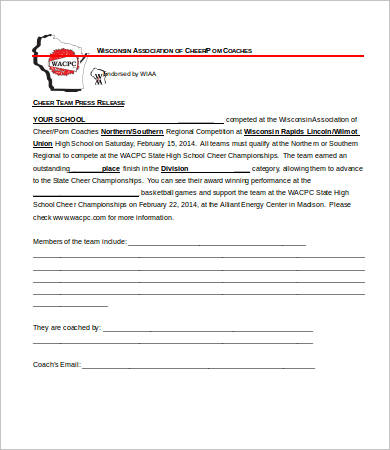 Importance of a Press Release

Should it be for an event, a press release will help in the following ways:

If the press release is used to given clarifications in specific issues, it allows the person involved to do the following:

There are a lot of things that a press release can be of use and once you have written a proper press release, it will help you to get more positive attention. Aside from a press release template, we also provide a Release Note Template which you may use as a reference.