In traditional times, dolls, dollhouses, stuffed toys, and kitchen toy sets are some of the gifts parents and people give away to daughters in a family during their birthdays. They present something that elicits femininity in color, shape or even in its nature to fit the personality and characteristics of a “daughter”. It is a little too imposed given that there are daughters who do not want any of those gender conforming gifts. It is 2018. Parents and other people should be a little too sensitive and open to the idea that there are daughters who prefer the more masculine things as much as there are who prefer the more feminine ones, especially when she is too fearful to confront the idea of expressing her true self to you.

Greeting cards have long existed before people even began sending them out to families and friends in the more modern times. The Chinese were recorded as one of those who pioneered the phenomenon with their tradition of exchanging goodwill messages on New Year and there were also the Egyptians who, with their papyrus scrolls, conveyed their messages of greetings to each other.

In the 15th century, Europeans started to exchange handmade paper cards and in 1400, Germans were known to have printed their greetings on woodcuts. By the time the 1850s rolled in, greeting cards transformed from being an expensive, handmade, and hand-delivered gift to a more popular and affordable option, especially as a means for communication. With such occurrence, it helped to emerge trends for seasonal greetings such as Christmas cards which were recorded to have first appeared in London in 1843. This was when Sir Henry Cole hired a very prominent artist, John Calcott Horsley, to design him a card he could send out to all his friends and acquaintances. Then in the 1860s companies began to mass produce greeting cards, to cater to the growing needs of people back in the day to greet the ones they know on special occasions. Leading up to where the current state of greeting cards are now— popular and prevalent.

Birthday Cards in a Time of Technology and Social Media Platform?

Everyone is constantly on their phones, locked in scrolling through feeds on endless content. Sometimes used as a means to evoke the need to express oneself to another. No one can simply deny the accessibility of technology and social media platform, with just one click, you are able to share what you intend to the people it is meant for. With such phenomenon greatly shaping the world we are living in right now, it is inevitable that the most traditional mediums are pushed to the side, neglected and seen as irrelevant.

Most people want the easier option, one that does not entail a lot of effort. An option where a single click can immediately evoke what you wish to evoke, although insincere and effortless. One that is also modern, where the need to create something from scratch is not necessary because all that is there is, is a moment to just type away into words how you feel for the person. However, birthday cards are still of great use and importance even in these modern times, even if people opt for the more advanced and easier option. There are still a few people in a world of Facebook, Instagram, and Twitter who are adamant about wanting to still send birthday cards to the people dear to them on their special day.

Birthday cards offer something more than texts and chat messages cannot. They have something that the more digital way of sending your birthday wishes to a person does not. Birthday cards are simply able to make their recipients feel special. There is the inevitable probability that with a birthday card, whoever it is you are giving out one to will feel most loved and ultimately special. And this is because a birthday card contains both thought and effort, two factors that affect the receiver whether the gift is priced considerably or made from scratch.

A birthday card is thoughtful, because of the content it contains which literally encapsulates the thought you have over the person and it also has a lot of effort in them, because you have to make it yourself, plus the gesture alone of giving a birthday card is one that is both thoughtful and effortful. Which makes birthday cards in the end still ideal even at this time where social media and technology have seemingly taken over people’s lives in the most unprecedented way. And most importantly, because it is a tradition that has been tested through time, it can assure you of the fact that it will do its job even more than technology and social media can. It will also attest to the fact that sometimes the more traditional the kind of option you go for, the more effective it is as a medium for communication or gift.

Why are Birthday Cards Ideal Gift For your Daughter’s Birthday?

Much like other options, there are reasons to why a birthday card is an ideal gift for your daughter on her birthday. Reasons that justify why it was preferred then and it is still now.

A birthday card is actually able to show your sincerity to the person you are giving it out to. Not to mention the fact that it offers an ample space for you to put into words what you feel for the person. And most importantly, with the simplicity of a birthday card, it is able to highlight your genuine feelings and not let the receiver be blinded by the grandiosity of a material thing which can sometimes come off as superficial and insincere.

2. It Is A Gender-neutral Option

If you have a daughter that is at a point in her life where she does not understand and truly know what and show she is, rather than imposing gifts that suggest blatant femininity, a birthday card is able to respect the idea of her not truly knowing what her true identity is yet. It simply allows you to respect her choices of withholding such sensitive information for the meantime and respect her as still your daughter no matter what.

3. A Unique Kind of Gift

Given that the probability of people showering her with material things is high, a birthday card is one that stands different and unique from the others. It does not have the luxury in their price tags but it offers something more than even the most expensive gifts in the world cannot amount.

4. It Shows Your Heart

Birthday cards are able to show how you feel for the person, given that it requires you to write something personal. With that, it is able to just let you put your heart on your sleeves, let your daughter know what you truly feel for her, which is rare in other gift options. 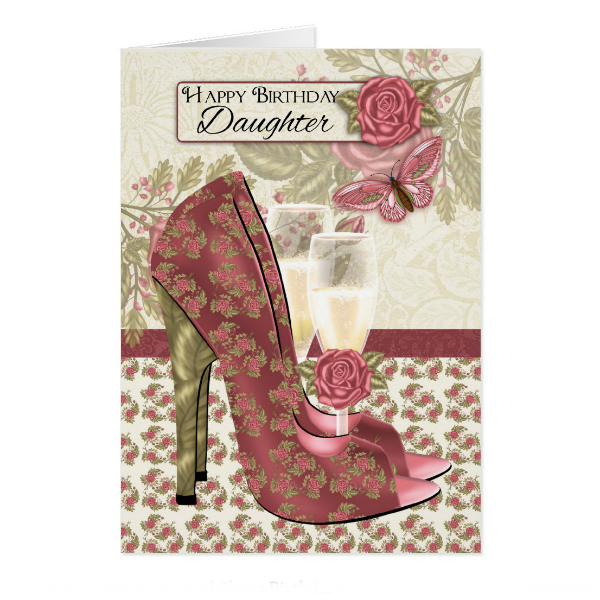 Gifts do not have to be expensive, it only requires thought and effort—and a little creativity—for your daughter to feel truly special. Giving the most expensive, the grandest gifts are a thing of the past, now, it is more about the thought you put into the gift that will make the person feel loved. And birthday cards are just that, simple yet full of power. Power to affect the person in ways no other materials cannot. There is an old adage that goes, “it is the thought that counts” and indeed it only is and should. How much you spent for the gift should not be the basis for how much love and appreciation you have towards your daughter, it should be the thought and the effort you decide to put into that will. 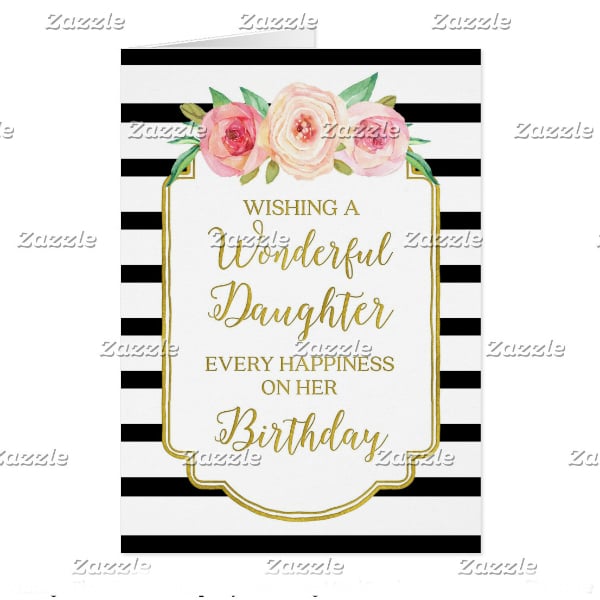 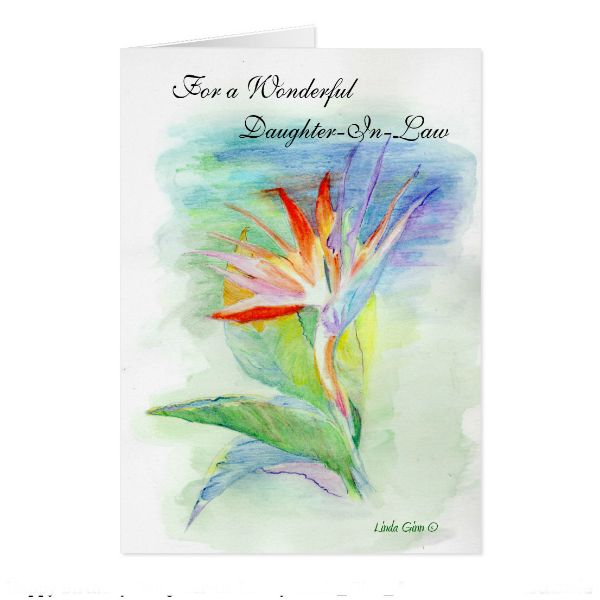 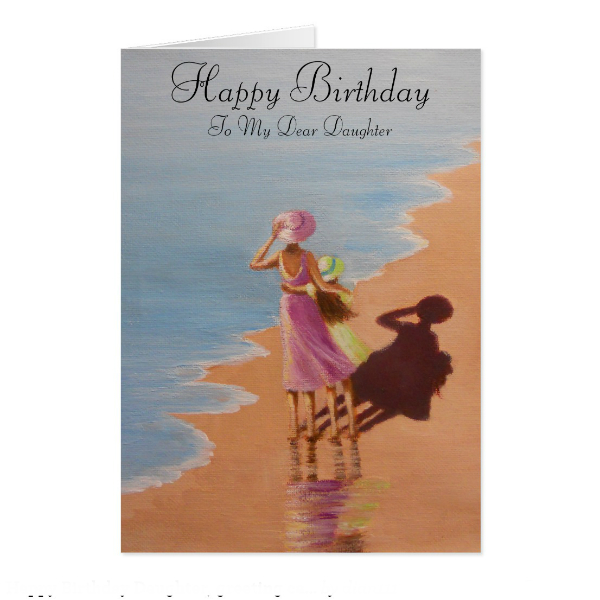 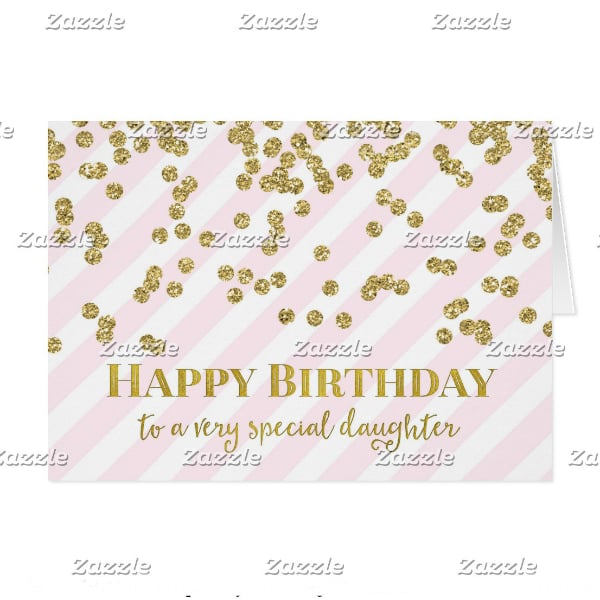 If you found this article helpful in any way, do not forget to bookmark this page for future references. And, kindly share this with other parents seeking birthday card designs and templates to use as a gift to give their daughter on her birthday.