Music has come a long way from its beginning to what it is today. It is one of humanity’s greatest manifestation of intelligence, and it has caught its way to the present day. From silky instrumentals to its banging beats and catchy lyrics, music has now become a daily part of our lives. It is a demonstration of human emotions embedded in artistry. Music is more than just an art in today’s world, it is a business that made stars out of talent and beauty. You can also read professional email signatures.

As with any people working in the music industry, email signatures are needed for various purposes. When music executives need to introduce themselves, they need an email signature to do just that. Email signatures echo an overwhelming aura of professionalism and legitimacy that should be the core of every business. Moreover, email signatures contain the most important information such as name, job position, email address, phone numbers and social media links. 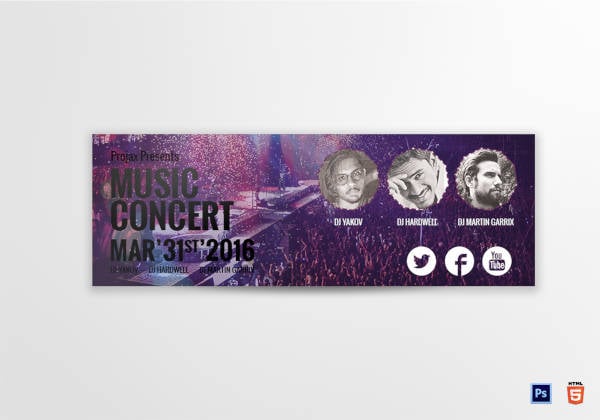 Over the past centuries, several kinds of music have evolved. From one genre, another one is born and more often than not, two genres are mixed together to create a wonderful musical piece. This list breaks down the most popular music genres that have dominated the airwaves. You can also see modern email signature templates.

Derived from the term “popular music”, pop is the world’s most popular genre of music. It mainly consists of upbeat tunes and lyrics that speak of love, empowering oneself, loneliness and youth. Pop music originated in the United States and United Kingdom in the mid-1950s, and has a great contribution to what music is today. It has a huge appeal on general audience due to its catchiness and style. Pop music is the kind of music that’s both suitable for concert arena performances and radio airtime. You can also read standard email signature templates.

Over the years, several sub-genres of pop rose into popularity. One of it is the dance pop, which is now the most common kind of pop music. In the United States, solo pop stars such as Ariana Grande have incorporated the dance element in their performances. In South Korea, boy and girl groups do the same thing. Upbeat music is paired with cutting-edge choreography to create stunning performance. Pop music continues to dominate and enthrall millions worldwide. It speaks a lot of how culture is woven through melodies and beats. You may also see minimalist email signatures.

Rock music is a genre that also originated in the United States and United Kingdom in the 1950s. It is heavily relying on electric guitars, keyboards, drums,, bass guitars, and powerful vocals to create a good song. It draws similarities in pop music, with its lyrics speaking of romantic love. The lyrics can sometimes be about social and political commentary, as well as sex and drug abuse. Rock music artists often come in groups, such as Aerosmith, Led Zeppelin, The Beatles, Fleetwood Mac and Nirvana. Rock music also has a huge appeal on general audience and shares a decent amount of airtime with pop music. You may also like content writer email signatures.

Classical music had its roots in the Western part of the world, particularly in Europe. The melody is written in musical notation and is used as musical scores in theatre performances. Two or more musicians are involved in making the piece and rhythm and pitch may sometimes differ. Vocal practices are also done together with the music. You can also like email signatures in businesses.

Country music was born in the southern United States in the 1920s. The instruments used in country music are banjos, electric, acoustic and steel guitars, and harmonicas. The lyrics of country music touches on love. It is also mixed with pop, thus the birth of the music genre country pop. Country music has its own following in the United States. The most successful artist who crossed over from country to pop is Taylor Swift. You may also like formal e-mail signatures.

Rhythm and blues, or more known as R&B, originated in the African-American communities in the 1940s to 1950s. Piano and saxophones are usually used to make sultry tunes with lyrics touching on aspirations, freedom, joy, relationship successes and failures, and sex. A broader genre of it called contemporary R&B is a mix of rhythm and blues, hip hop, pop and electronic music. It originated in the 1980s. You may also like corporate email signatures.

Electronic dance music or EDM, is a percussive music which is made for festivals, raves and nightclubs. This type of music is upbeat and focuses mostly on bass in what people call “dropping the beat”. EDM has become more popular in 2000s, when technology has made it easier for disc jockeys to select track and mix them with smooth transitions in between. Right now, disk sjockeys are as famous as singers. The likes of Calvin Harris and Zedd drop EDM tracks in collaboration with singers. Some EDM tracks are also tailor-made for radio listeners to enjoy. You can also read business email signature template.

Reggae music started in Jamaica in 1960s. It has its own element despite being influenced by jazz and rhythm and blues. It needs guitars, bass and vocalists in creating one song. Bob Marley was a famous figure in reggae music and remains influential even after his death. You may also see personal e-mail signatures.

Influence of Music in Modern Society

Music has more power than what most people think. It is an expression of feelings, and the flaws of society as a whole. Through writing the lyrics, songwriters can weave a narrative out of it or just simply tell the world how they feel. Music has a huge effect on the society when its lyrics inspire people. The greatest songs strike a cord in the people’s hearts and illicit a collective feeling of positive vibes from them. You can also like IT email signatures.

Music is also a reflection of our society. Some songwriters take a swipe on the current issues lingering on the society and builds a narrative on how it looks like. Songwriters pour out how they feel in their songs, and it connects them to their audience. Music has the power to connect people from all walks of life. When a song is a certified hit, it is being sung by people and they know it by heart. It unites them in some way that other factors can’t. You can also read college student email signatures.

Music has a huge impact on the economy and industry. It is an art that thrives on experiences, feelings and emotions. Without it,  the world would be sad and lonely. You can also like outlook email signature templates.