The death of a loved one often comes as the biggest shock to us. How do you explain to friends and family members that so and so has gone too soon? How do you tell someone that the person he or she cares about will not be coming home again? How do you tell a boss of a company that their employee is “gone forever”? Well, there is an easier way. You just need to use a funeral death announcement template, a special document specifically designed to help you report the death of someone as soon as the event occurs. You may also see funeral templates. 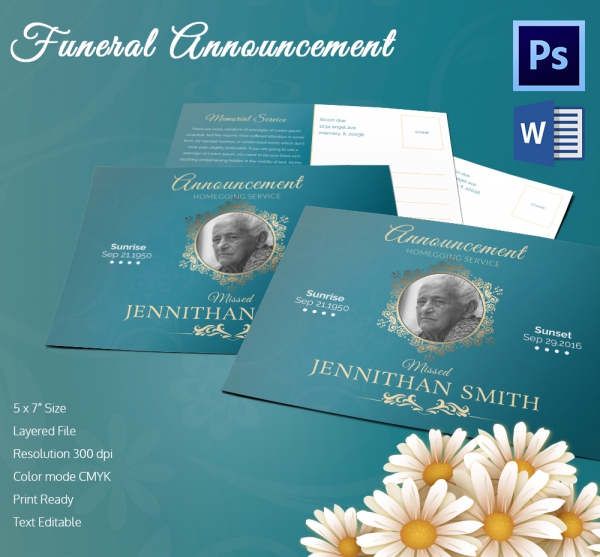 Announcing the death of a person is the only means of creating the awareness of their eventual in existence, and you can use this template to write and share the announcement. Download the template today.Download 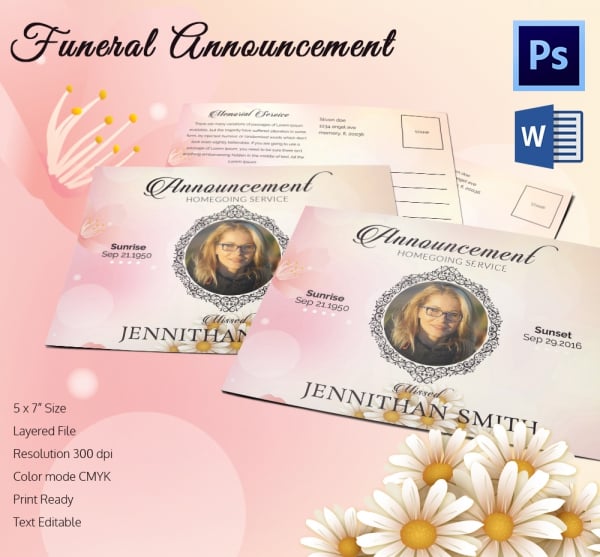 A funeral announcement is the only legal and sound proof that a person is actually dead. Without an announcement, it can be quite uncertain whether someone is dead or alive. Use this template for the announcement.Download 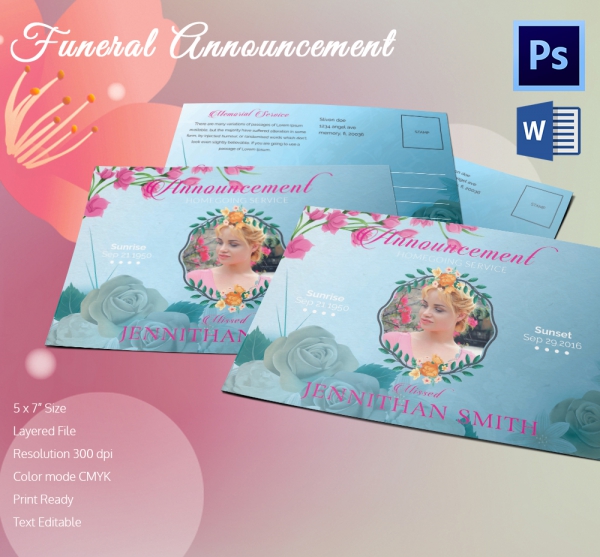 The real reason why funeral announcements are important is people want to know whether someone is really dead or not. The announcement is the only legal proof of the existence of someone or the loss of life.Download 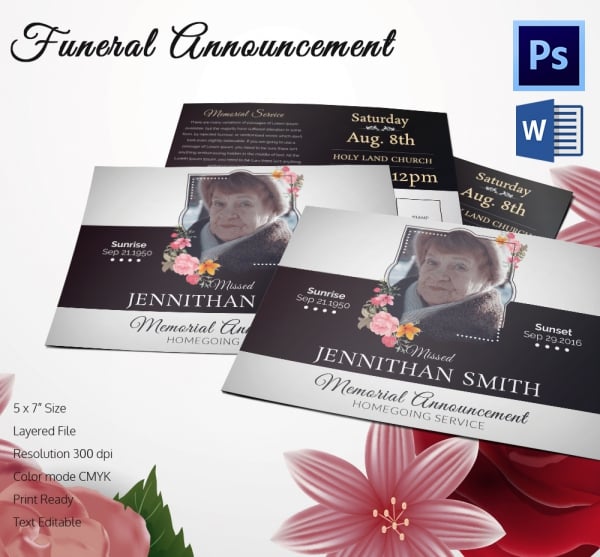 This funeral announcement template can help you share information about the death of a loved one with people that have a closer relationship with the person who just died.Download

Funeral Announcement Template for Loved Ones 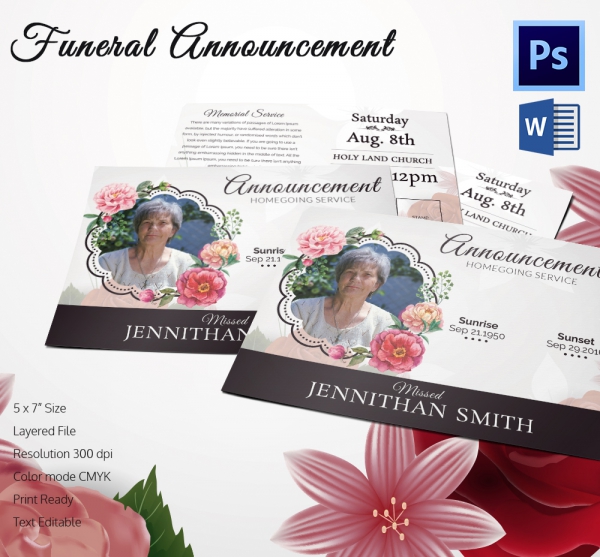 It is important to announce death cases as soon as they happen. Use this funeral program template if you would like to announce the death of a loved one.Download

> Who uses this Template?

Anyone who has witnessed a death incidence can use the template to report death case. It is always a tradition to announce the death of a loved one or just someone known to you. Never let a death case go unreported. It just helps to keep people informed, especially when the whereabouts of the person is somewhat or fully questionable.

> What are the Benefits of these Templates?

One of the best things about the funeral announcement is that it creates awareness in a way death rumors never can. They are from reliable sources and thus they are easy to trust. Funeral announcements don’t just say that a loved one has died; they also highlight the cause of the death of the person in question.

The funeral announcement templates can also double as funeral invitation messages. That means you can use the model to not only report the death of a person but also invite people to come and become a part of the funeral.

Moreover, it tells people the day the person was born and the exact time they died. Funeral announcements are not for people who were presumed dead; they can only convey information about people who are actually dead.