You might all think basketball is today’s biggest sport. Sorry to burst your bubble, but it actually isn’t, it only became huge because of the massive number of basketball fans all over the world. It’s quite understandable that basketball has that number of fans globally, with the likes of Michael Jordan, Lebron James, Stephen Curry, and so much more, it’s no surprise really. You can also see ticket invitation templates. 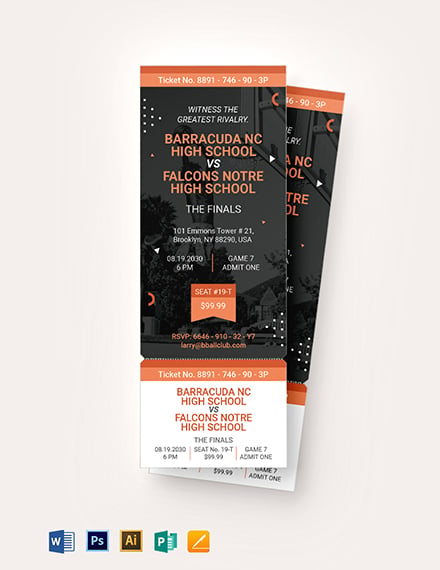 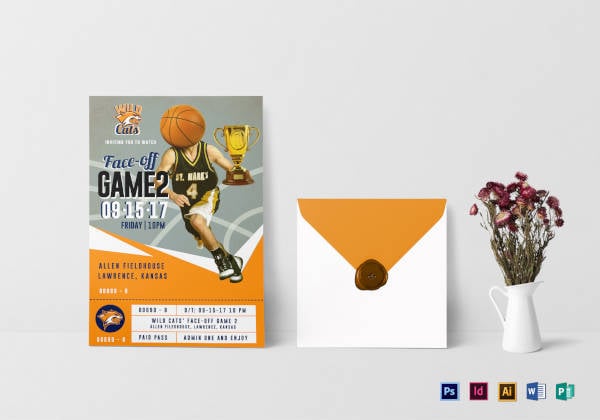 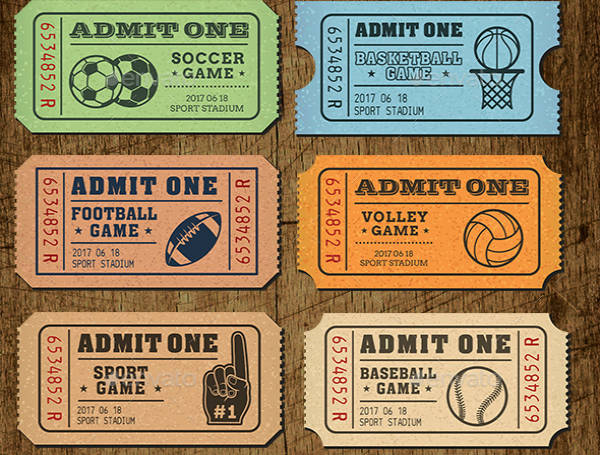 Another reason why basketball is very popular is because it is very accessible, all you need is a ball, a hoop, and a large enough space, it doesn’t even need to be as big as a full-sized court in order to play. With regards to the hoop, all you need is a large piece of wood for the backboard and a steel rod curved into a circle, that is if you’re low on the simple budget.

If you or someone you know is an avid fan of basketball, then you might want to incorporate the sport as a theme for an event that you are hosting. To make things better, why not make your invitations resemble basketball passes or tickets? Here, we have gathered basketball ticket invitation templates that you can download and use to make your own event invitations.

What Is the Importance of Invitations?

Basically, any planned event will require the use of invitations in order to have guests attend it. The host of the event should take responsibility in the production or ordering of the invitations, as well as sending them. But why are they considered important? You can also see free ticket templates.

The primary purpose of sending out event invitations is to inform the person that there is an upcoming event, and that they are expected to attend. Because of this purpose, invitations are considered to be informative. Aside from just informing people that they are being invited, other details on an invitation include the type of event, the date and time that the event will take place, and the venue where the event will be held.

Regardless of the type of invitation made, the contents will almost always be kept hidden before the recipient actually opens it. When the invitee opens the envelope or unfolds the card, it creates anticipation and excitement on the part of the invitee. It makes them ask themselves, “What could this be about?” or “When is this going to be held?”, unless maybe they have already been informed by the host. Invitations create the same level of excitement as opening a gift, and that is a beautiful thing. You may also see baseball ticket templates.

3. Invitations help set the tone of the event

The main reason why sample invitations should be designed properly, to make them memorable and worth treasuring. For a lot of people, they treat invitations as souvenirs from the event, but this will only work if the invitation is impressively made. This is something that isn’t possible with e-invitations, its tangible features are absent making them impossible to treasure. 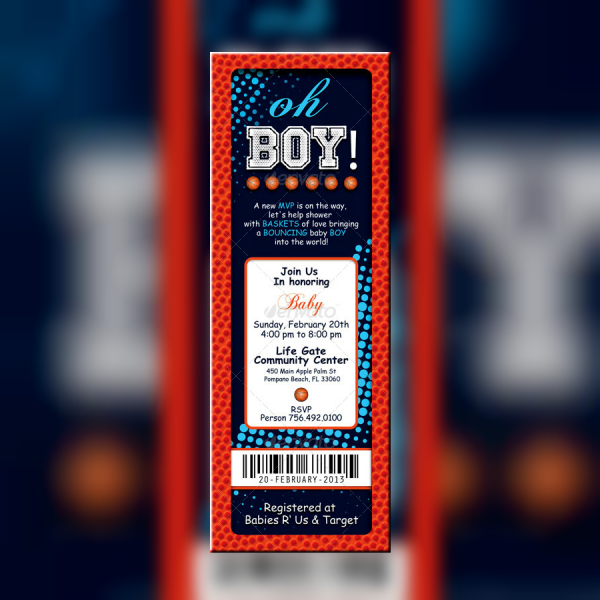 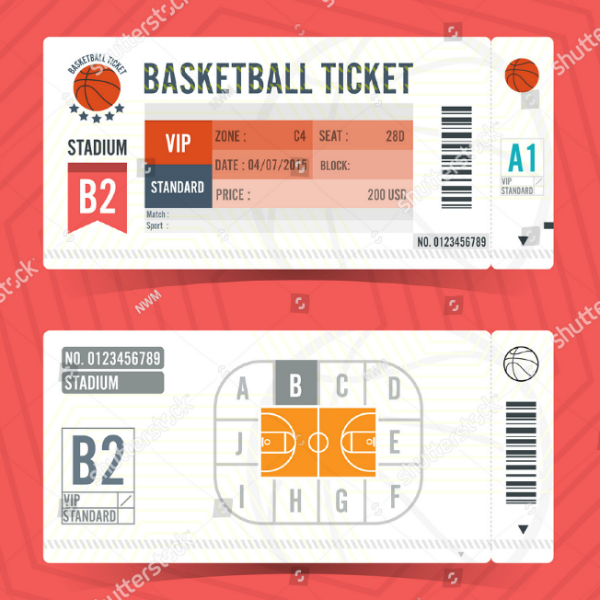 Just because you’re making use of invitations, it doesn’t always mean that it’ll get the attention it deserves. For an invitation to get respected, you should also treat it with respect during the design process. In other words, don’t take it for granted and be careful not to commit the following mistakes:

This is probably the most common mistake people make when designing event invitations, wherein they forget to include certain details that would have been important for the recipients. The best way to solve this problem is to let your friends and family proofread your work before actually sending them out.

In almost any case, it is better to come prepared with extra than to lack resources. The reason for this is because if you don’t have enough copies of the invitation, you might not be able to give one to each and every person on the guest list. Always order (or make) a few extra copies even if you think you might not need them just to be safe. You can also read creative ticket designs.

Never, ever settle for poor quality invitations, especially for those that you will be using for formal and business-related events. Invitation designs are inexpensive to make, so why would you want to compromise on the quality? Always go for the best. But if you are planning to order them instead of designing your own, ask for a sample first.

4. Not sending them early

The best time to send invitations is between four to six weeks prior to the date of the event, earlier than that and the invitee might lose their copy of the invitation or forget that they have been invited. On the other hand, if you send them less than four weeks before the event, the invitee might have other sample scheduled appointments on that date or won’t have enough time to prepare. 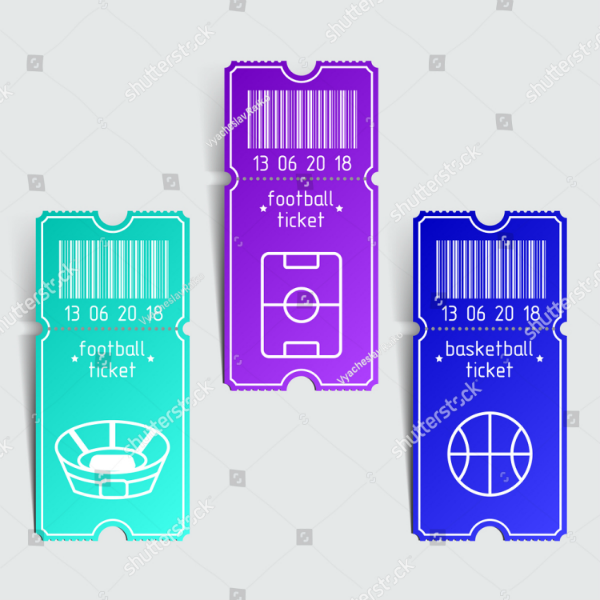 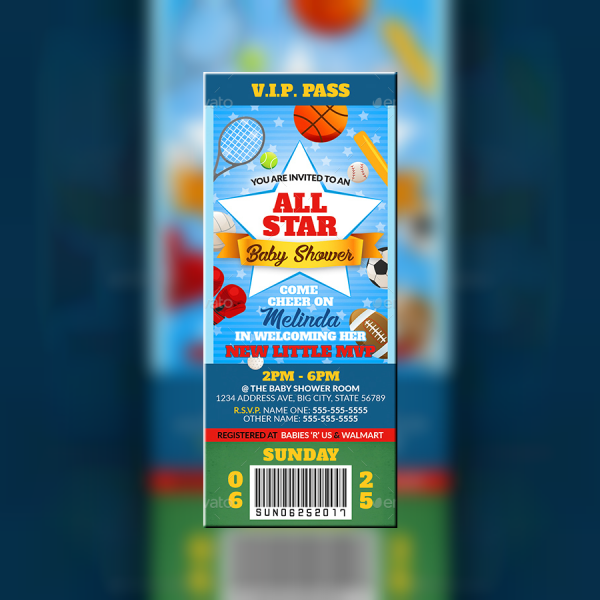 The game of basketball has been around since the late 18th century, and is considered today as one of the most recognized sport worldwide. When people hear the word “basketball”, they will almost always associate it with the National Basketball Association or the NBA, which is the world’s biggest professional basketball league today. But aside from the NBA, there are also other basketball leagues established in different countries that have also been in existence for quite a while already.

An entire basketball game is divided into four quarters, with twelve minutes each quarter, and just like most sports, the goal of basketball is to score as much points as possible than the other team before the time runs out. For the players, they also have a chance to win individual awards such as Most Valuable Player (MVP) award, which is given to the player who has had the most contributions—points, assists, rebounds—to their team for the entire season.

Brief History of the Game

During the winter season of 1891, college students of the International YMCA Training School remained indoors due to the cold weather. There was no sport or activity to substitute football and lacrosse—both of which need to be played outdoors—other than calisthenics, marching, and various apparatus work. Because of this, the students started to become restless because of the lack of indoor activities to allow them to burn off their accumulated energy.

Then came Dr. James Naismith, a physical education teacher from Springfield, Massachusetts, who loved athletics so much that he took up the academic discipline to learn more of it. Dr. Naismith decided to invent basketball to keep his students active and preoccupied, and he did this with the use of a soccer ball and a wooden peach basket that was attached on top of a tall pole. During the time the game was invented, basketball had only thirteen rules and were played by two teams of nine players. 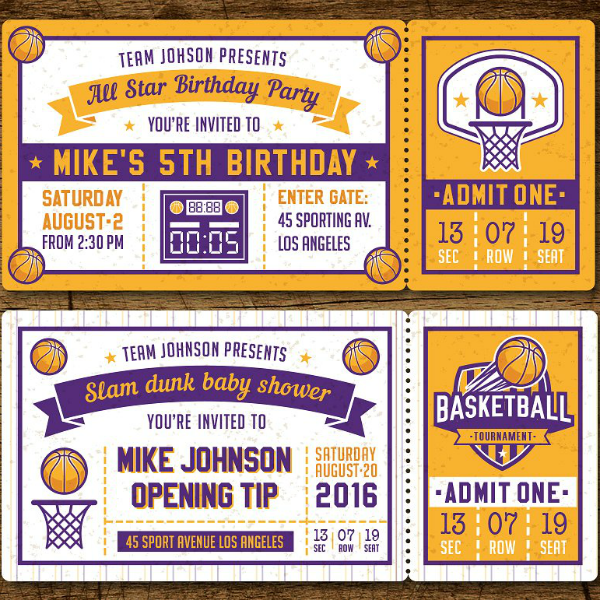 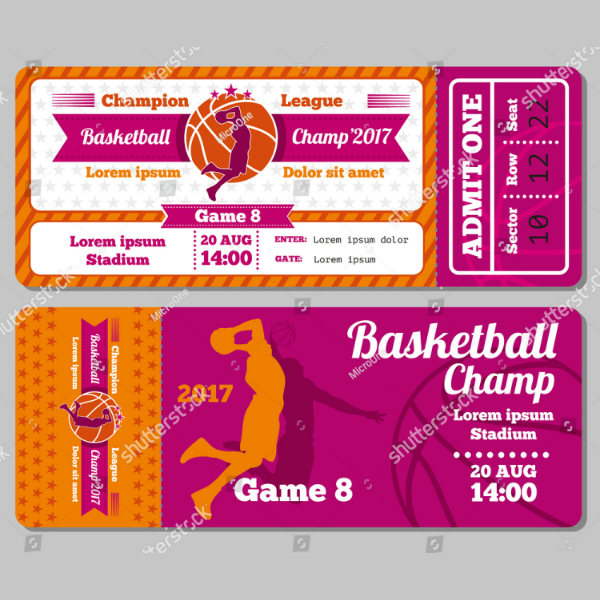 Though the game of basketball has evolved significantly since its humble beginnings, here are the thirteen rules that were implemented by Dr. James Naismith when it was first played: