IOU ideas are relatively easy to come by and can aid someone whenever he/she encounters difficulty in creating this kind of note or form. Different examples depending on the place in which the IOU is being used also exist to provide further help. 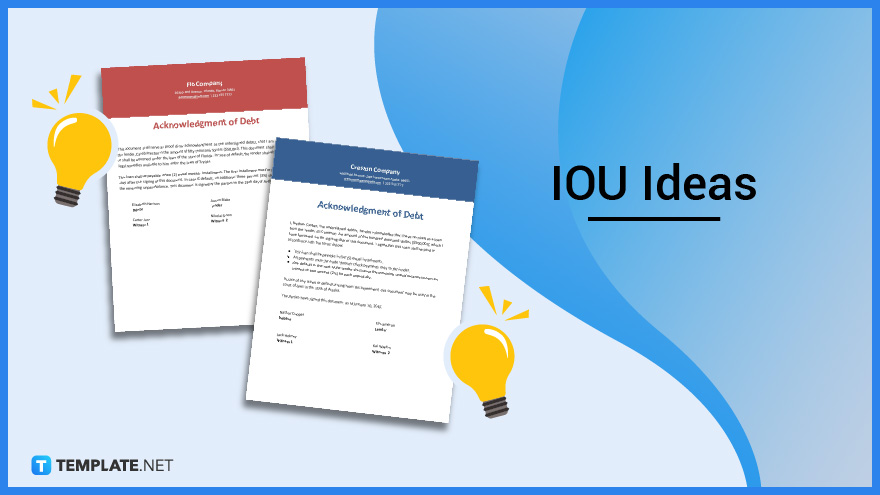 A Louisiana IOU is a form that’s designed specifically for the residents of the state of Louisiana. This document serves as a certificate or proof that someone owes money to a lender and helps ensure that the lender gets reimbursed on the date that’s set in the document. Here’s the structure of the sample template of this form. 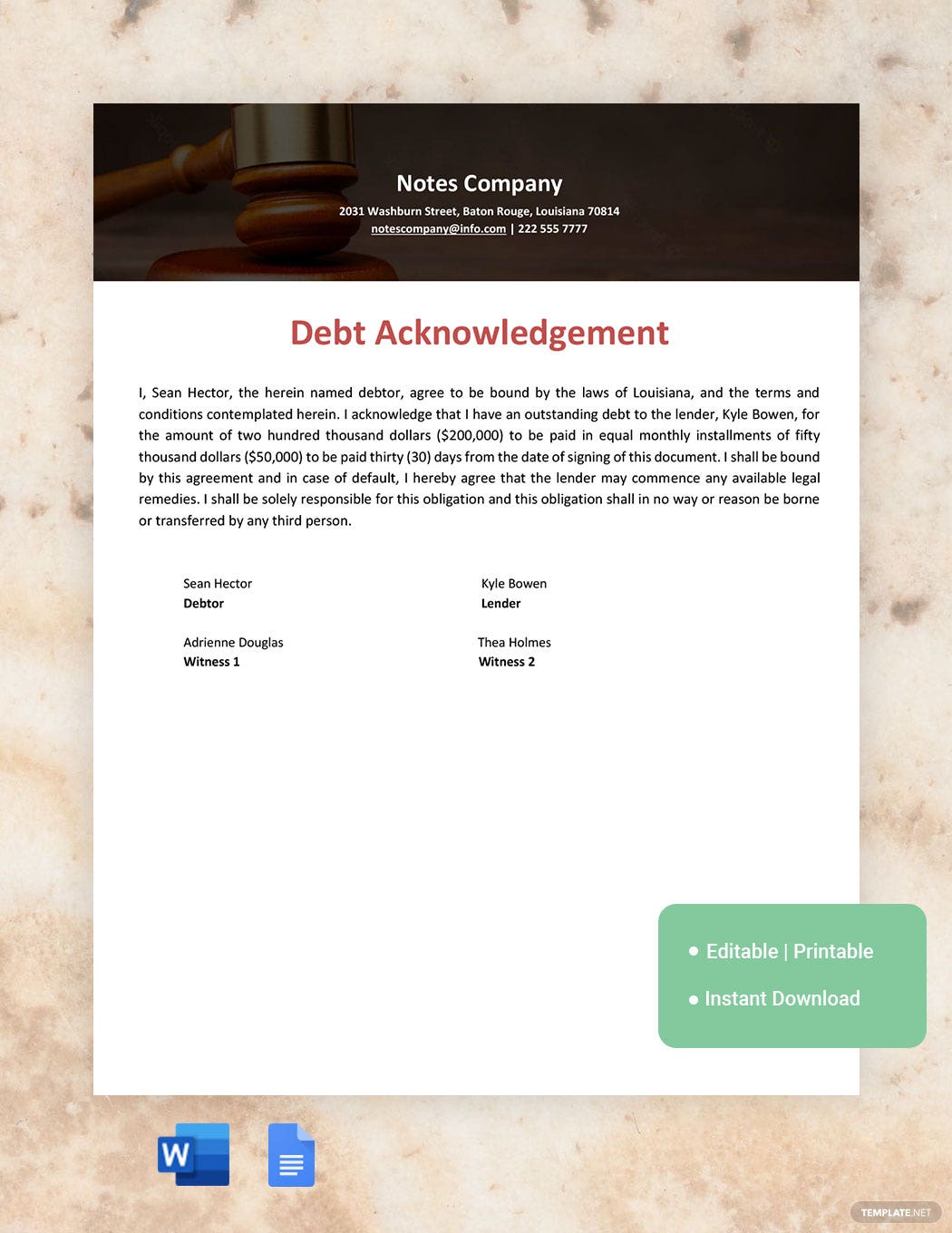 A Maryland IOU is a document or a sheet that’s created to serve as a platform for transactions that usually involve the lending of money from one party to another. This template is designed for the people that live in the state of Maryland and usually acknowledges the borrower’s debt and ensures that it is paid on the date that’s stated in the document. The sample document below shows the format of this particular document that’s used in this state. 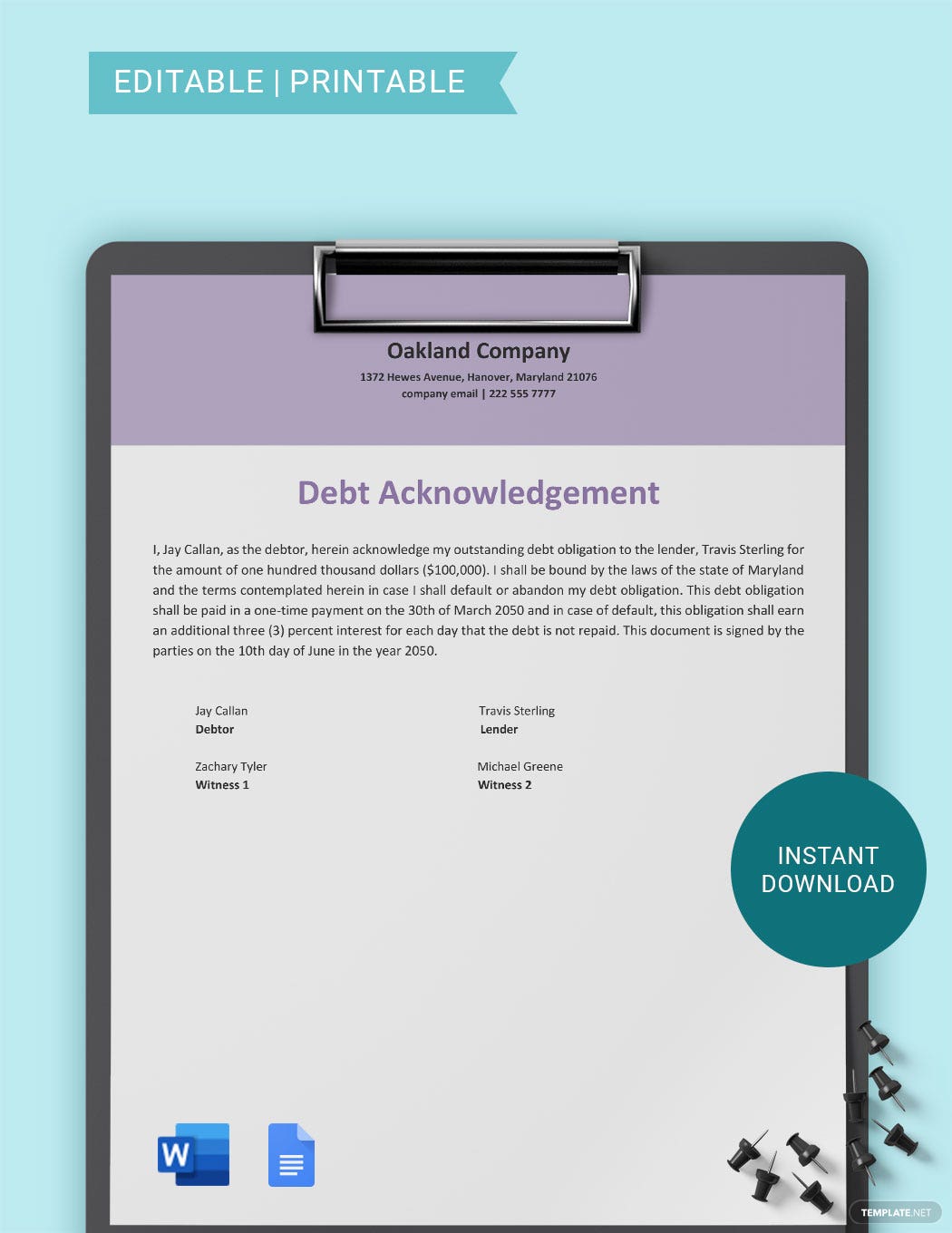 A Hawaii IOU is a document that’s designed for use between two parties and is generally used in the loaning of money between a lender and the borrower. This document contains sections such as the amount of money being borrowed, the date it needs to be repaid, and other important areas. Here’s what a sample letter that’s used as an I Owe You form in the state of Hawaii looks like. 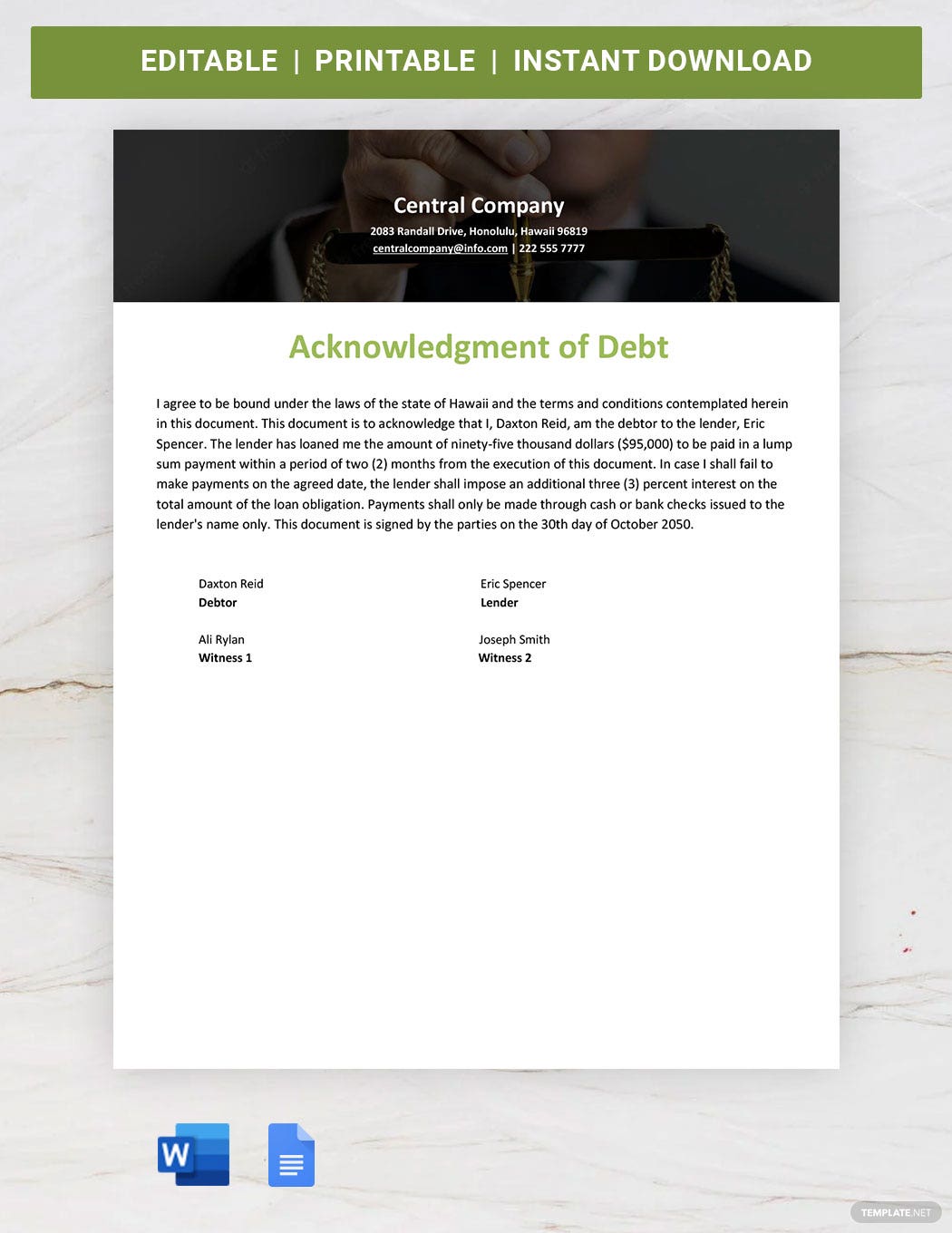 A Florida IOU is a debt acknowledgment form that can also serve as a payment contract in the state of Florida. This document is mainly designed to add structure and security to a loan transaction and usually includes the amount of money being borrowed, the name of the borrower, the name of the lender, and the due date on which it needs to be repaid. For the document to be effective in this state, a witness will need to oversee the signing of the document which is why it also includes a space for a witness’s signature in the signature block section. 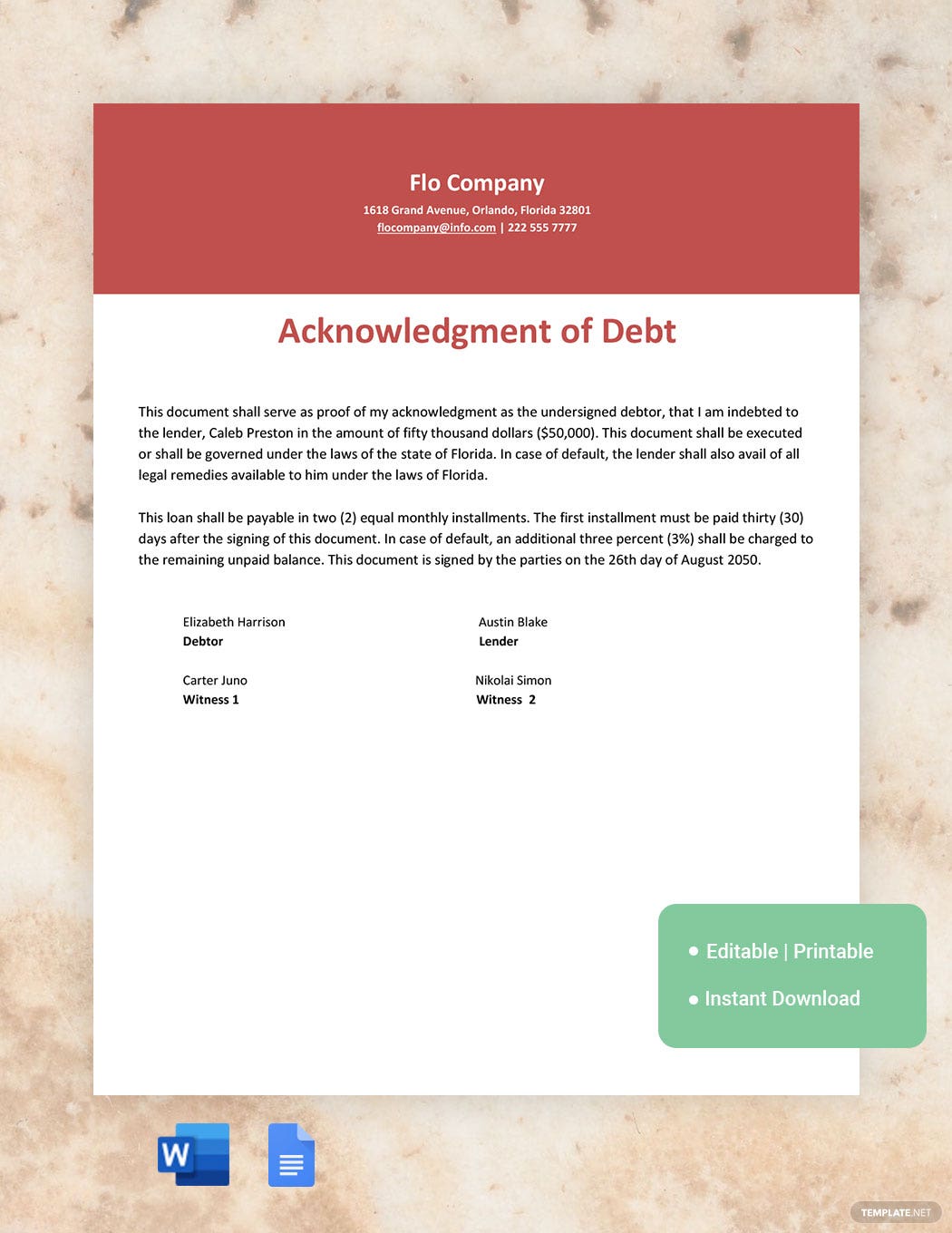 An Alaska IOU form outlines the terms for debt repayment by the borrower to the lender, and this includes the amount of money borrowed, the due date, and the names of the lender and the borrower. These types of papers in this state serve a legal purpose, which is why a legal size paper is usually used. Once the note has been signed in this state, the form then takes full effect and the borrower then needs to fully repay the amount by the due date. 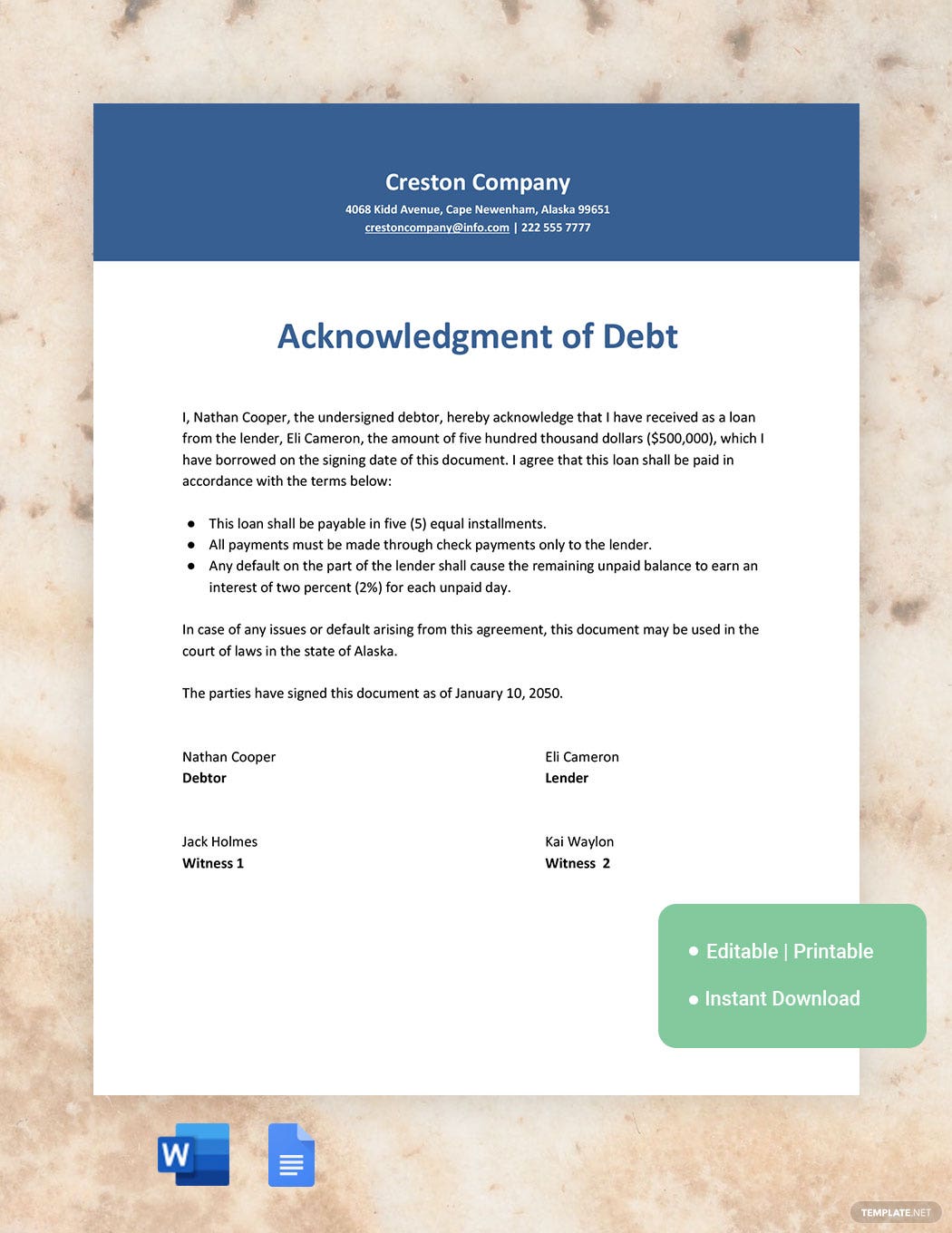 A California IOU document is designed to add structure and formality to agreements involving the borrowing of money between two parties. The I Owe You forms in this state usually include the name of the lender, the amount of money being borrowed, the due date, and any other relevant information that may need to be included in the document. Similar to the Florida IOU, a space for witness signature is also included in this document which, when signed, enables the IOU form to take full effect. 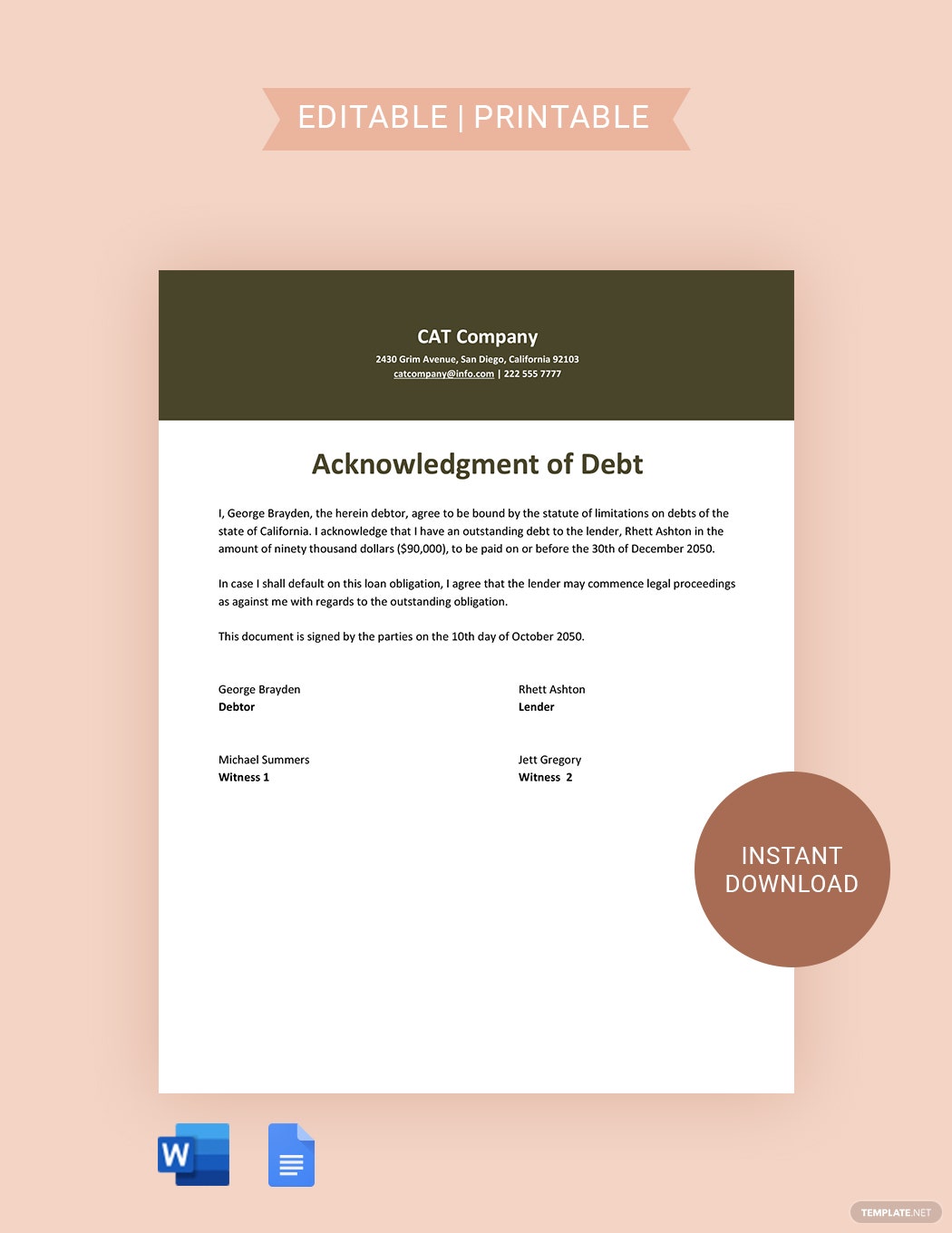 An Alabama IOU is a document that’s created by the borrowing party to acknowledge that a loan was given to him/her for the purpose of repayment by a particular date. This includes relevant information such as the due date and the amount of money that was borrowed from the lender. The example template below should give a clear indication as to what these documents will look like. 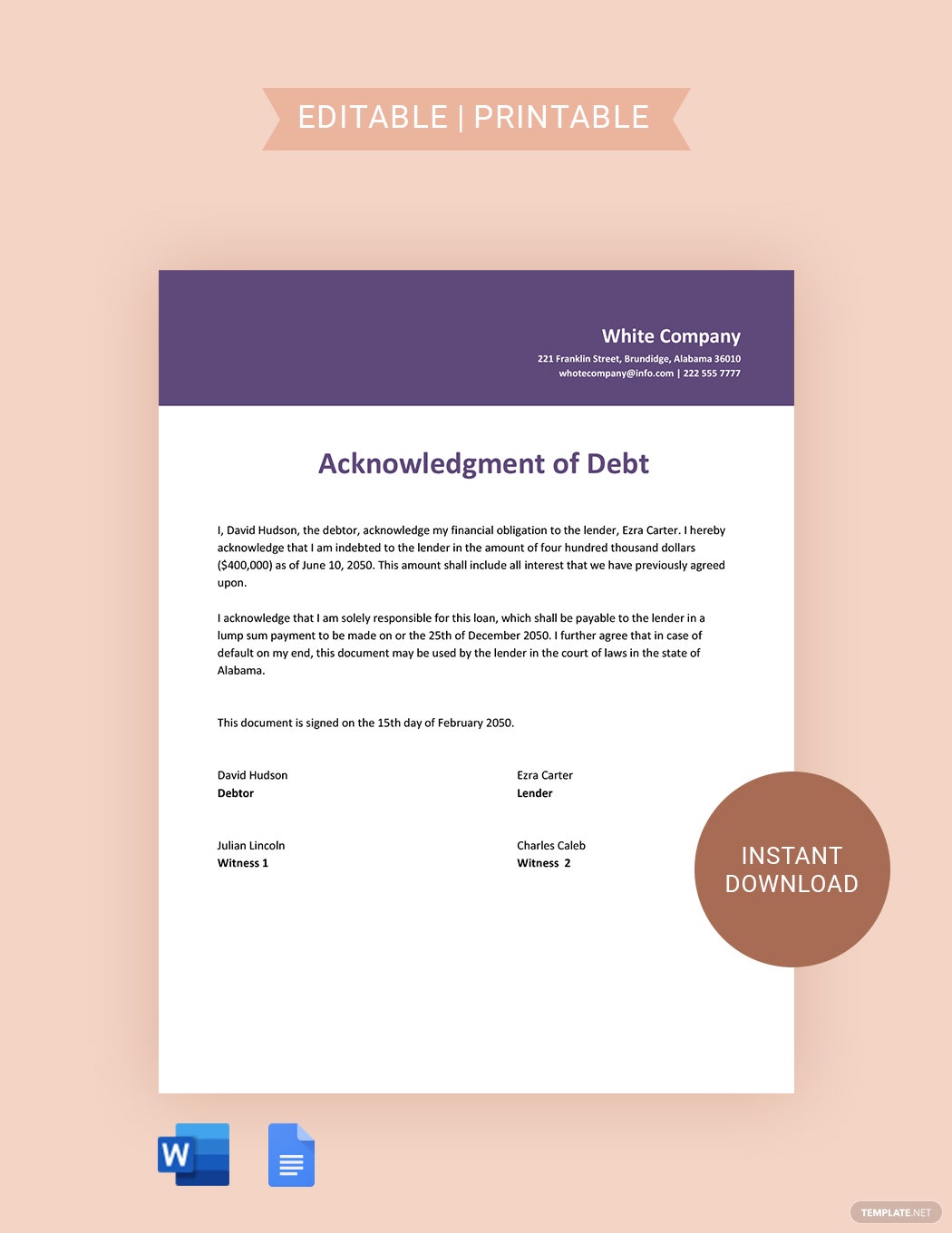 A Kansas IOU is a form that can serve as evidence that someone (the borrower) has borrowed a specific sum of money from the lender. This document is usually used for business purposes but can also sometimes be prevalent among individuals and less formal parties. In this state, should the borrower be unable to refund the money or should the situation prove to be questionable, the form may be presented in a small court. 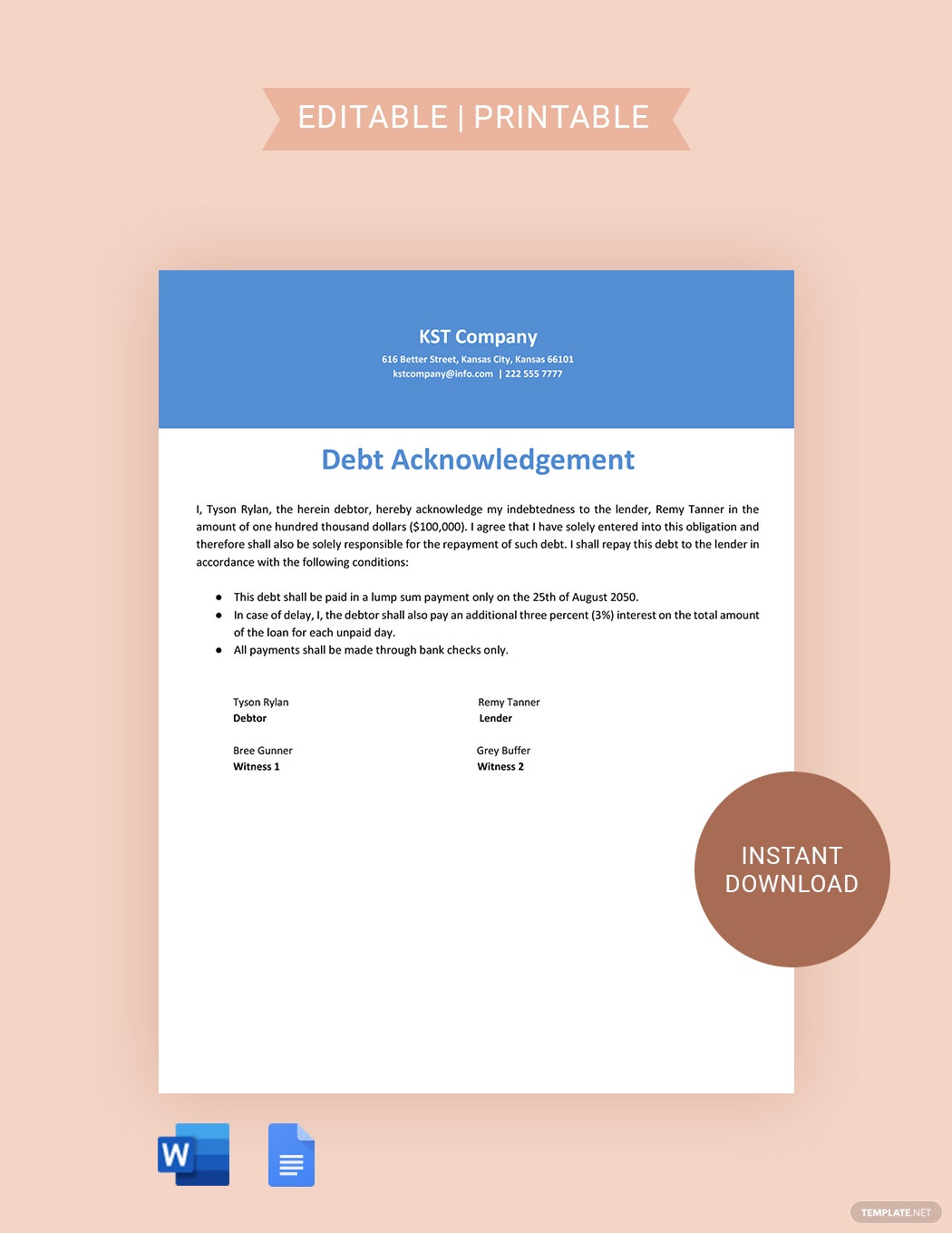 A New Jersey IOU form is a document that’s designed exclusively for use in the state of New Jersey and is used when a loan deal is to be entered between two individuals. This can include information such as the names of the parties involved in the deal, the amount of money that is lent by the lender to the borrower, and the date on which the money has to be repaid. Similar to the Florida and California IOU, a witness will need to oversee the signing of this document in order for it to take full effect. 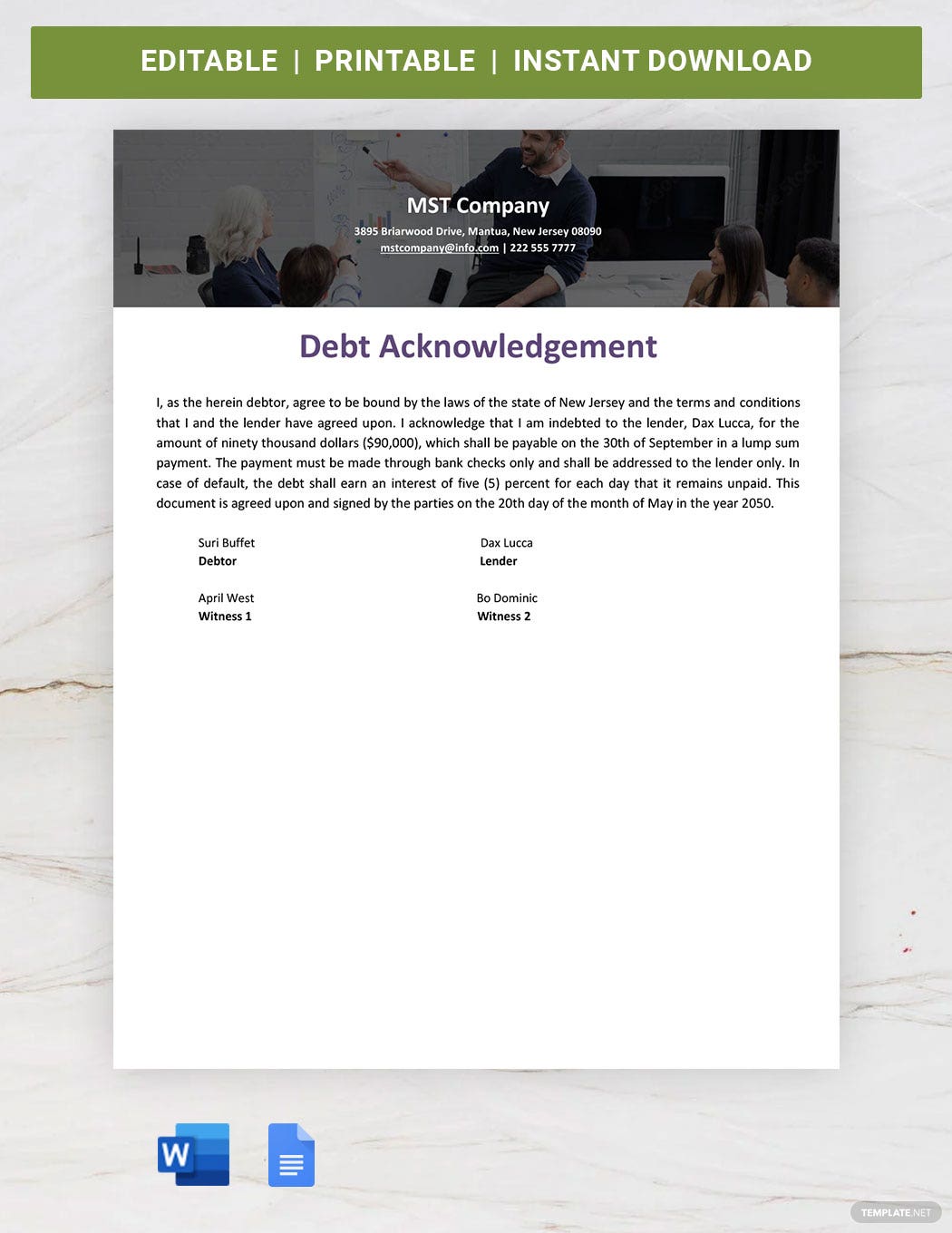 A Minnesota IOU is a form that is intended to be used for transactions that involve the lending of money between two parties. This is important since this document ensures that the lender of the money is reimbursed with the full amount when the due date arrives. This type of IOU, unlike the New Jersey IOU, does not need to be signed in front of a witness for it to take effect. 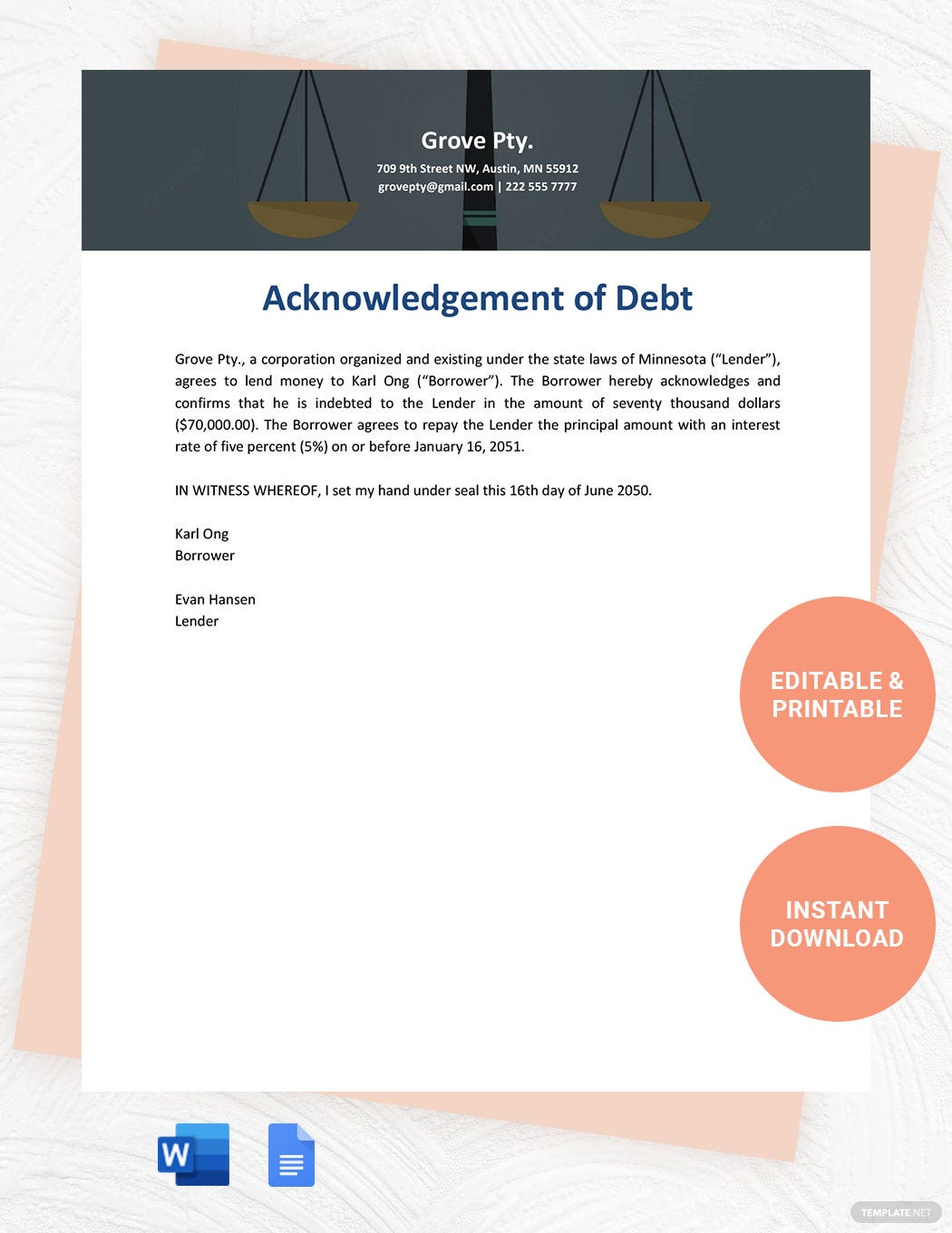 A Delaware IOU is a document that’s created to ensure that a loaned balance is paid on the due date by the borrower to the lender. In this IOU form, the parties involved have to agree on various details, such as the due date, and sometimes, the payment method, and any other relevant details. To give an idea, here’s what this letter looks like. 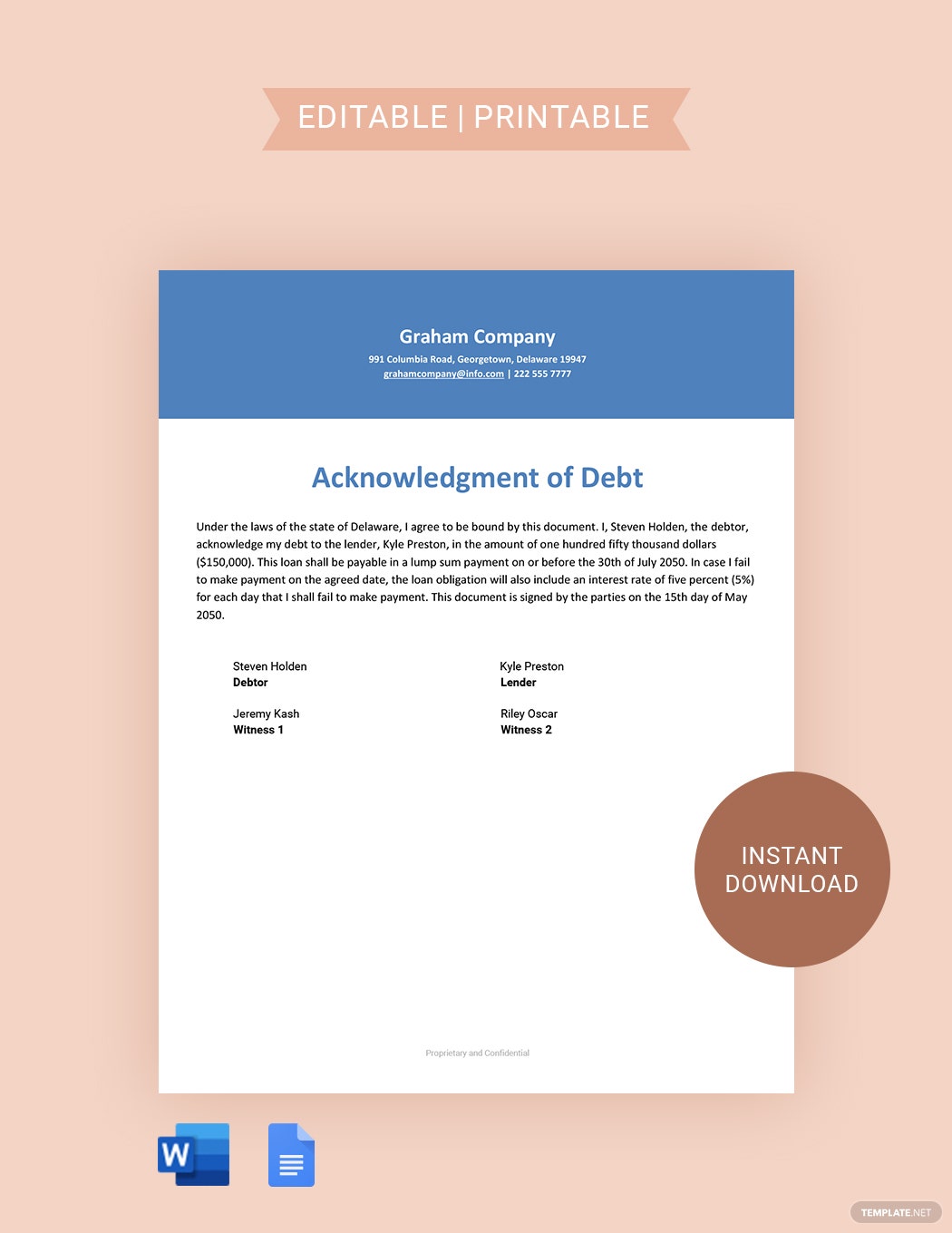 What should be included in an IOU?

The elements that need to be included in an IOU form are the name of the debtor, the name of the creditor, the amount of money being borrowed, the repayment due date, and the signatures of the parties involved.

How do I get an IOU contract?

To get an IOU contract, you can simply ask for it to be created by the individual or the party that’s borrowed funds and have it signed in front of a witness for the document to essentially have the same purpose as a contract.

Is an IOU a promissory note?

Do you need a witness for an IOU?

In most cases, such as those between family and friends, a witness for an IOU is generally not needed, however, some states will require it, especially for business transactions.

How to create an editable IOU in Word?

To create this document in Word, open the program, ensure that the right document size is selected, then write the title “IOU Form” on the top portion, then proceed to structure a paragraph that acknowledges the debt of the borrower to the lender, and include their names along with the amount of money owed, the due date, and after that, create a signature block below the paragraph for the parties involved.

What is an IOU debt?

An IOU in debt is a document that acknowledges one’s debt to another individual.

How do I invest in IOUs?

You can buy treasury notes, which are essentially IOUs, with fixed interest rates and maturity timelines between one and ten years, through the help of a broker or a bank.

What type of money is an IOU?

IOUs are considered notes receivable and are not included in cash.

What is IOU in banking?

An IOU in banking is a document that acknowledges the existence of debt between an individual and a bank.

Why is money a special type of IOU?

Money is a special type of IOU since it is considered to be a credit for a seller and can be widely accepted as a medium of exchange should it be negotiable.

A bond is a debt security, which is why it is considered to be similar to an IOU.

How do I write an IOU loan?

To write an IOU loan, first, at the top of the sheet, state that it is going to be an IOU loan document, then write out a sentence that includes the borrower’s name, the amount that they borrowed, the full name of the lender, and the date on which the loan should be repaid.