Every year on March 17, the people of Ireland celebrate the feast of the patron saint who became the instrument in spreading Christianity in the country. The feast is called “St. Patrick’s Day”, in honor of Saint Patrick who died on the said date. The Irish people wear green ribbons and shamrocks to honor St. Patrick and his great acts. Several activities are lined up for that day. As part of the festival, here are some templates for St. Patrick’s day that you might want to use. 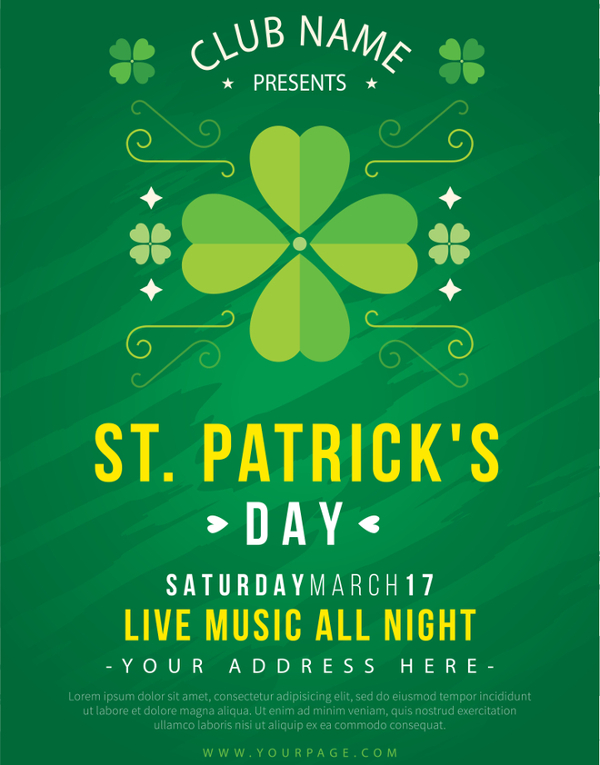 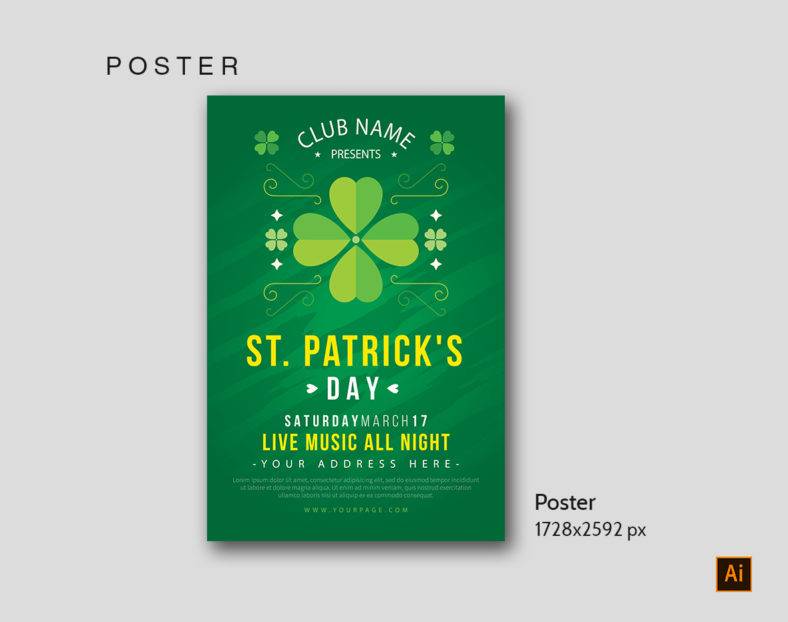 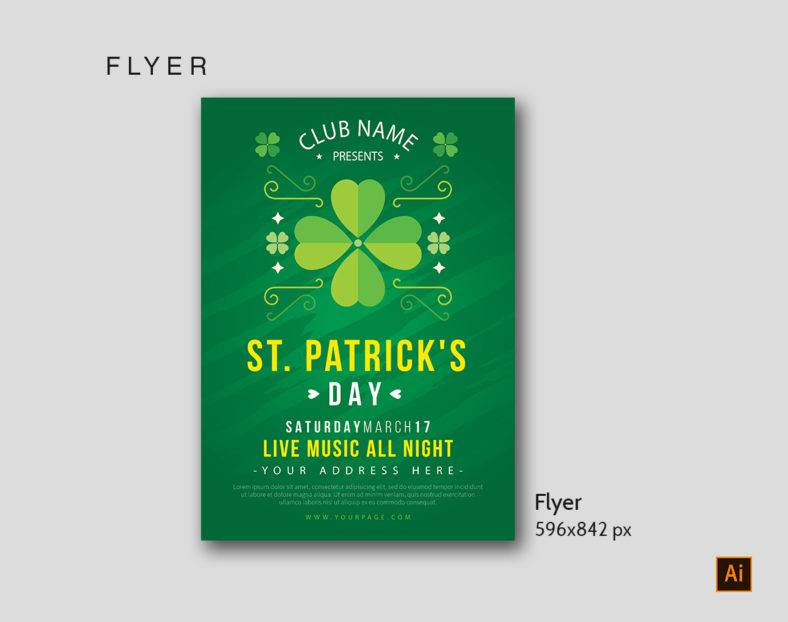 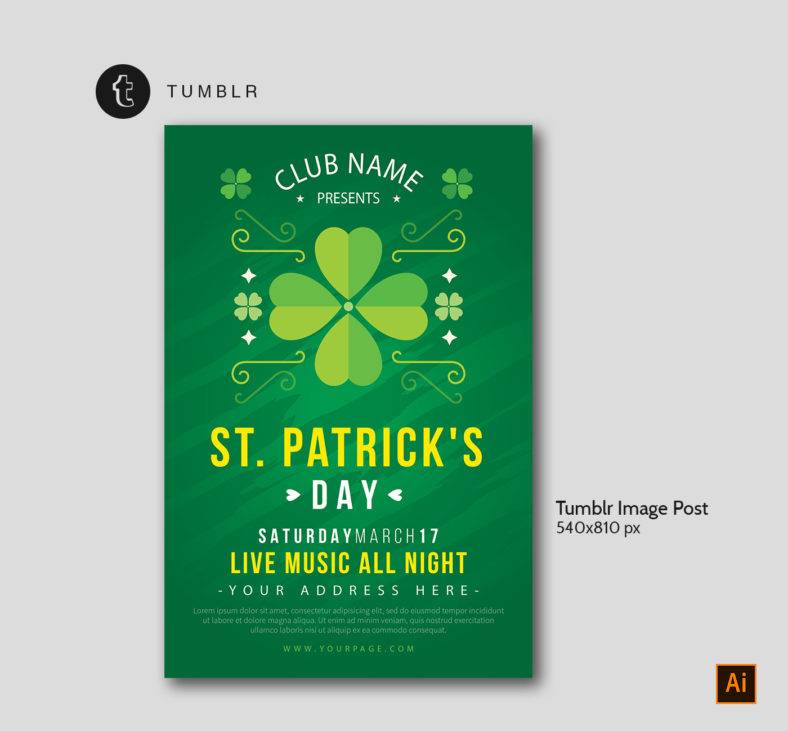 Patrick was said to have been born in the 5th century. Although he was not Irish but Romano-British by birth, he was one of the biggest instruments why Catholicism was spread in Ireland. Much of what is known about his life is written in the book “Declaration”, which is said to have been written by Patrick himself. Patrick was the son of a deacon and the grandson of a priest in a Christian Church. According to his book, he was kidnapped at a young age and was forced to work as a slave in Gaelic Ireland. While making his way home, he said he found God and went on to the priesthood. You may also like St Patrick’s day flyers.

Patrick spent most of his life converting the Irish to Christianity. He became Ireland’s foremost saint. He died on March 17, 461 A.D., and was buried in Downpatrick, Northern Ireland. Since then, so many legends rose about Patrick. The feast day of St. Patrick is celebrated in United States, United Kingdom, Brazil, Argentina, New Zealand and Australia. It is also celebrated in Asia as well, particularly in Japan, Malaysia, and South Korea. You may also like St Patrick’s day greeting cards. 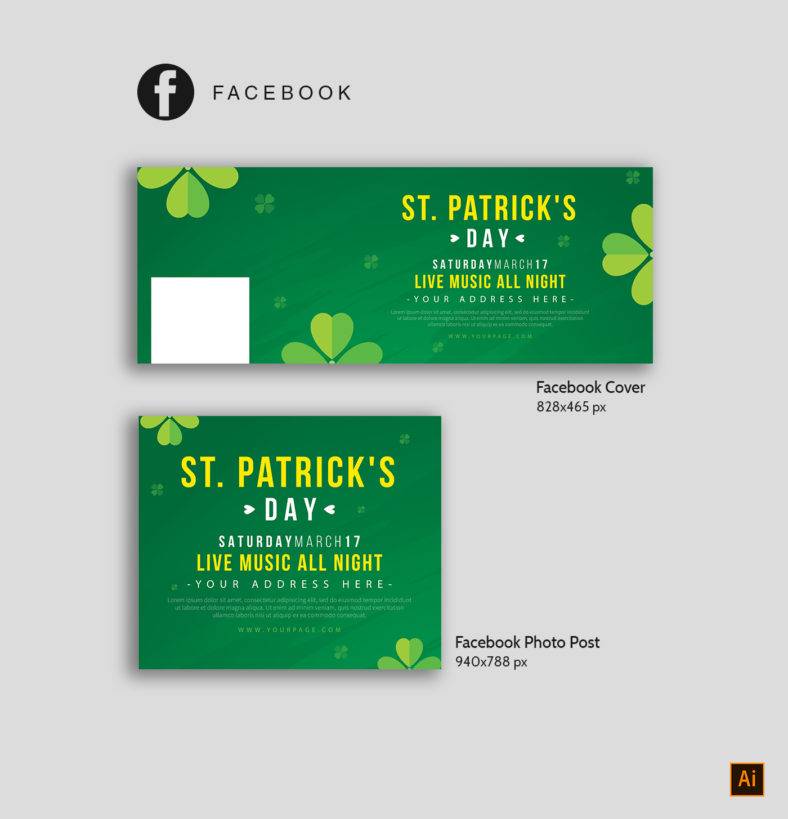 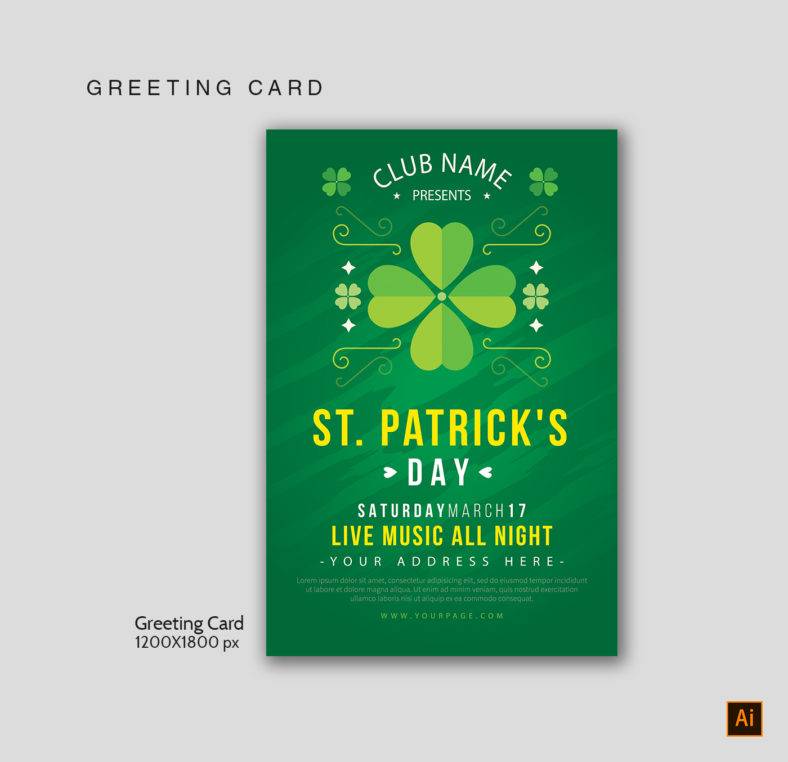 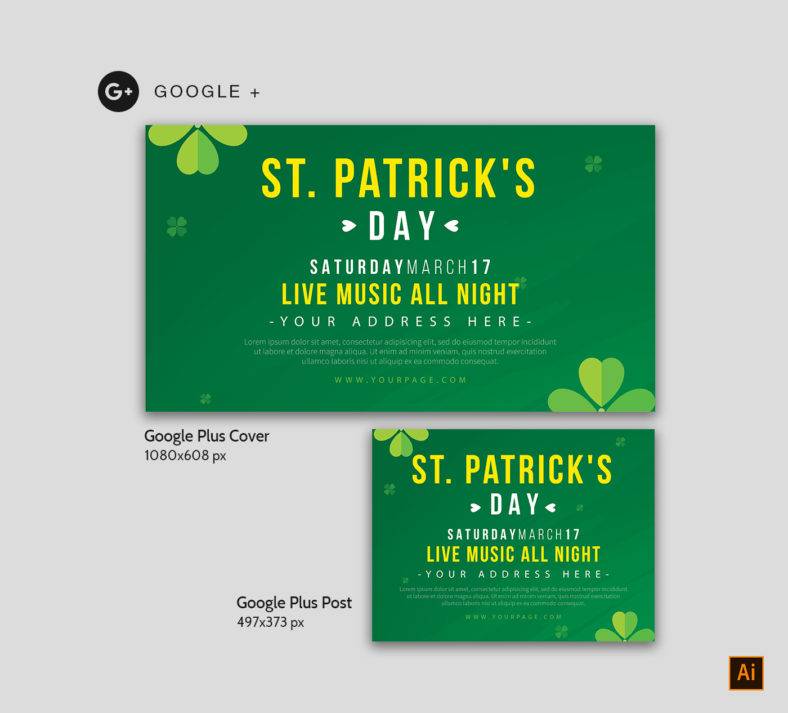 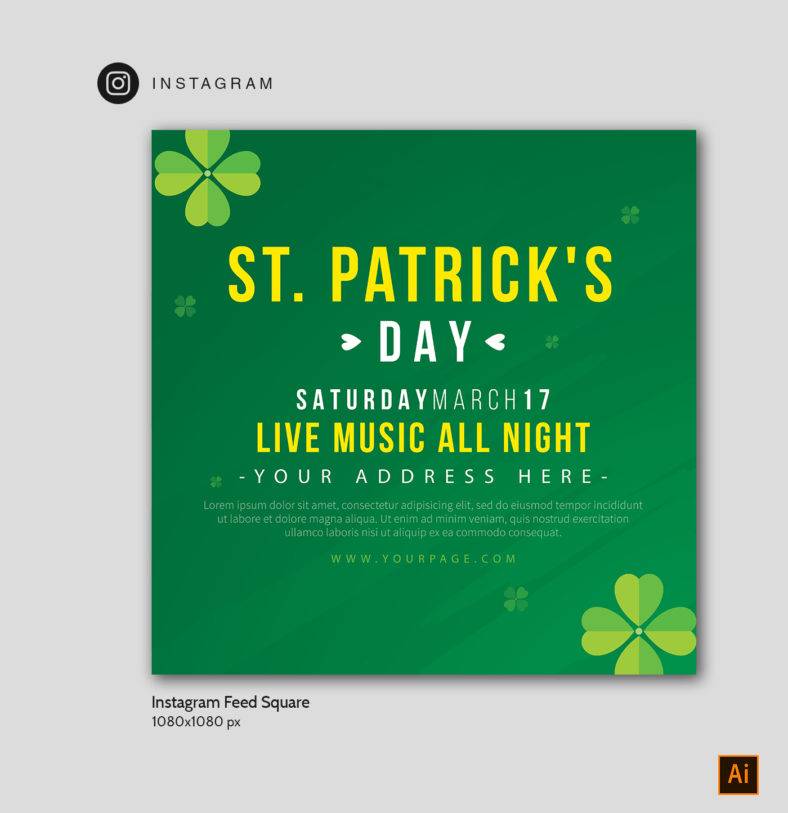 On the feast day of St. Patrick, people wear green clothes and ribbons. A shamrock leaf, which is a common design during the festival, is said to have been used by St. Patrick to represent the Holy Trinity. On the day of the feast, the streets are crowded with people wearing green and a whole lot of Irish traditional music being played. Local parades are held on the streets. Some children have their face painted with green. The local pub scene is also bursting alive with people drinking their hearts out. You may also stumble with special prices on alcohol. Some locals also have parties at home, preparing Irish traditional food such as bangers and mash, bacon and cabbage, and potato bread and black pudding. In addition to that, the Irish do their traditional Irish step dancing, which is an upbeat dance routine. If you are a tourist traveling to Ireland for the first time on the day of the feast, learn a little bit of the feast’s history, local language and steps of their traditional dance to enjoy the whole feast itself. 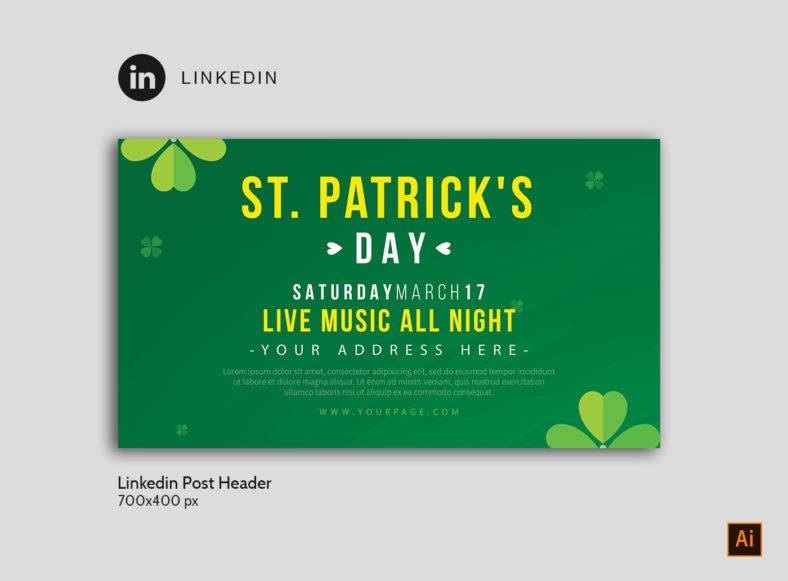 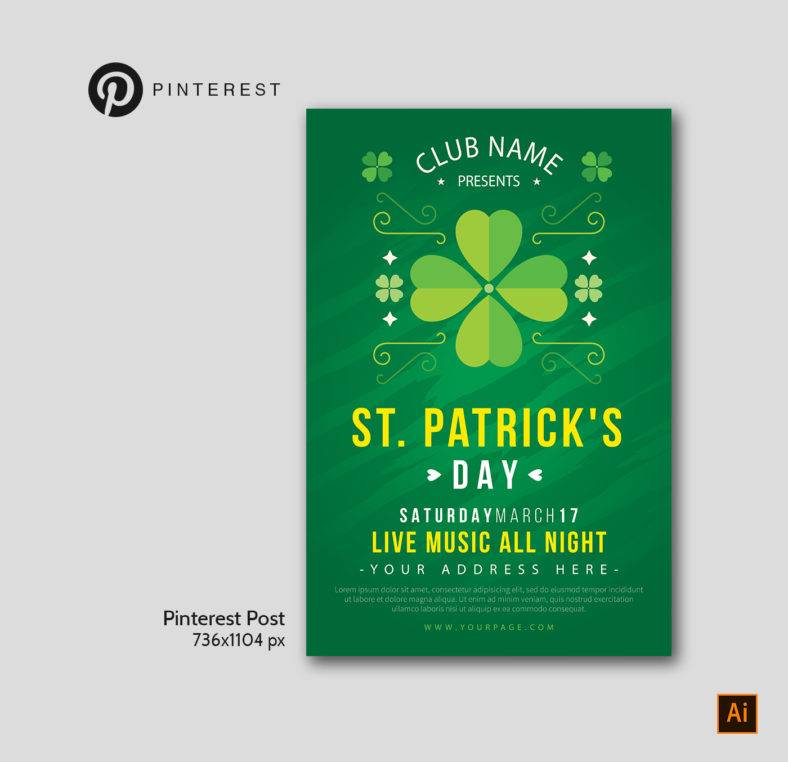 St. Patrick’s Celebration Around the World

The feast day of St. Patrick is a widely observed festival in the world. It is celebrated in Europe, Asia and in North and South America. Here are some of the ways the countries around the world celebrate the feast.

In England, the St. Patrick’s parade is held in Birmingham. This is the third biggest parade in the world related to the feast after Dublin and New York. The same parade is held in London since 2002. The parade takes place on the 17th of March in Trafalgar Square. Liverpool and Manchester also participate in the festival. You may also like festival flyer templates.

In Japan, the St. Patrick’s parade is held in many cities across the country. The first one was held in Tokyo in 1992. While in South Korea, the parade takes place in Cheonggyecheon, a public recreational space in Seoul. It started in 1976 and was first celebrated by the Irish Association of Korea. You may also like sample greeting cards.

The city of Montreal in Canada holds the St. Patrick’s parade every year. The city flag has a shamrock leaf emblazoned on its lower-right quadrant. It is also held in Toronto and Quebec. In the United States, the feast is also held to celebrate Irish-American culture. Parades are all across the streets and with some religious observances and heavy consumption of alcohol as well. You may also like greeting card examples.

The feast day of St. Patrick is not just a celebration of a saint who made a great impact on Ireland, but also a time for people to reconnect with their religious roots and loosen up from life’s daily grind. Just enjoy the feast and pray as much as you can. You may also like festival flyers.