April Fool’s Day has been observed by various cultures for many centuries, although its precise origin is still unknown. Traditions for April Fool’s Day include playing practical jokes or pranks on others and frequently shouting “April Fools!” at the conclusion to reveal the subject of the April Fool’s Day concept. 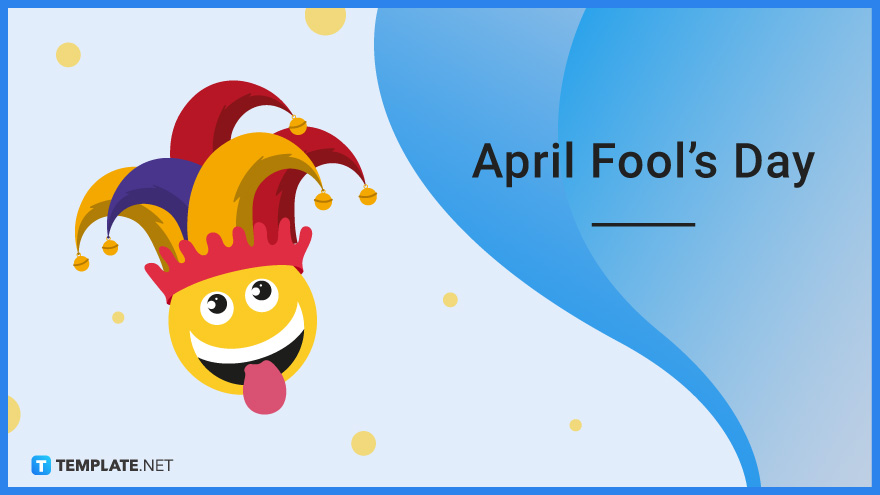 April Fool’s Day is observed as a day for tricking people and pulling practical jokes on them, and is celebrated every year on April 1st.

April Fool’s Day, or April Fools’ Day, is a yearly custom occurring on April 1 to play practical jokes and tricks.

When Is April Fool’s Day?

April Fool’s Day has been celebrated for many centuries, but its origin is still a mystery. Some claim it started in France when the date of New Year’s Day was moved from April 1 to January 1 in the year 1582, while others place its origins even earlier. When the new year began on January 1 instead of the last week of March, some people were slow to learn about it or didn’t realize it, so they continued to celebrate it on April 1, and it was later labeled “April Fools” for the pranks and jokes made on that day.

April Fool’s Day, as one of the most well-known celebrations in the world, doesn’t have a deep history or a clear origin. April 1st is enthusiastically celebrated by a large number of people all over the world. Having said that, it would be fascinating to talk about the purpose and importance of April Fool’s Day.

A Journey Down Memory Lane

Think back to your childhood when you were still kids and the ridiculous tricks you used to play on your family and friends in the past and how wonderful those times were. The enjoyable aspects of life, however, are lost in our daily lives as a result of maturing, academic pressure, and social influences. It’s fun to celebrate April Fool’s Day because it takes you back on a journey down memory lane.

A Happy Day with No Regrets

Because it is April Fool’s Day, you get to play pranks and tricks on people and get away with it without anyone taking offense. Everybody needs a day to act foolishly and harmlessly while having fun. Additionally, having fun and laughing reduces stress.

With spring in full swing and leisurely days ahead, April Fool’s Day might help you rekindle your vitality and inspire new ideas. Make plans (harmless activities) with your friends for a fun summer afternoon to combat the feeling of being too lazy. You can make a regular boring day into something eventful.

Honoring the Goddess of Agriculture

Another theory links April Fool’s Day to an ancient Roman festival honoring the goddess of agriculture, Ceres, that was celebrated in the first few days of April. It is said that Pluto, the god of the underworld, abducted Proserpina, her daughter. Ceres is said to have followed her daughter’s screams, but she was duped by the echoes, leading her on a fool’s errand. An April Fool’s Day classic has long been assigning someone to run such an errand.

Occurrence of the Vernal Equinox

According to yet another theory, the vernal equinox, which occurs around March 21, is a time of regeneration as well as a period when the weather teases and mocks us, making us all Mother Nature’s April fools. All you need to know is that even the most reserved people occasionally play a practical prank or two when the day finally comes. In other words, trust no one on this day.

What’s In An April Fool’s Day?

April Fool’s Day is celebrated with jokes and tricks. “April Fools!” is a common way for jokesters to reveal their tricks. These practical jokes, which may be exposed as such the next day, can involve the mass media. In the past, it was rather common for people to plan a day specifically for pulling innocent pranks on their neighbors.

How to Create an April Fool’s Day Social Media Post

2. Create a unique background for your April Fool’s Day post.

The background color of the selected template can be altered initially. Any color you like is fine as long as it complements the April Fool’s Day theme. Select the Colors section in the Editor tool’s Background panel. Simply choose the color of your choosing to use it as the template’s background.

Your Instagram post won’t be complete without your April Fool’s Day wishes. As a result, be sure to include it in the template. Write your text or message in the Fill Text boxes on the Fill panel using quotes, poems, or perhaps some trivia. In order to avoid having your message overflow the graphics, we advise keeping it brief and straightforward.

Feel free to include any custom logo or sign that you use in all of your Instagram posts in the template. Click the Upload Your File button in the Editor tool’s Logo panel. Upload your logo as an image file.

We offer a variety of appealing and high-quality themes for April Fool’s Day Facebook posts. Your audience will undoubtedly enjoy their qualities. Click on the template of your choice to begin tweaking it with our Editor tool.

4. Change the background color of your template.

The chosen template’s background color can be changed. It doesn’t matter what color you choose, as long as it goes with the April Fool’s Day theme. In the Background panel of the Editor tool, choose the Colors section. Just click the color to utilize your preferred color as the template’s background.

Go to the Uploads panel, choose the Photo tab, and press the Upload Your File button to add a photo. Upload your April Fool’s Day themed photo and click and drag it to the template where you want to put it. Keep in mind that there is a 5 MB file size limit when uploading photos.

Your April Fool’s Day Snapchat post is ready after completing all the customization. Save it for later and hold off until April 1st, though. Click the three-dot icon in the Editor tool’s upper right corner and choose the Save icon to save your post.

April Fool’s Day is observed all around the world, and listed below are some facts about it and what actually happened during this fun celebration.

April Fool’s Day is celebrated every year on the first day of April when people pull pranks and jokes on each other.

World Heart Day is an international campaign that takes place on September 29 to raise awareness of cardiovascular diseases, the leading cause of death, and on that day encourages preventative steps to lower the chance of developing them.

There aren’t any set rules for how to celebrate April Fool’s Day. You can celebrate it as you like and with whomever you choose, but first, make plans for this fun event. We’ll provide you with our April Fool’s Day ideas and examples so you may create your plans even today.

Numerous activities can be done to celebrate April Fool’s Day. However, one must be careful with their schemes because anything out of the norm on that day is typically noticed by people. You can make unique tricks and pranks with these April Fool’s Day ideas. 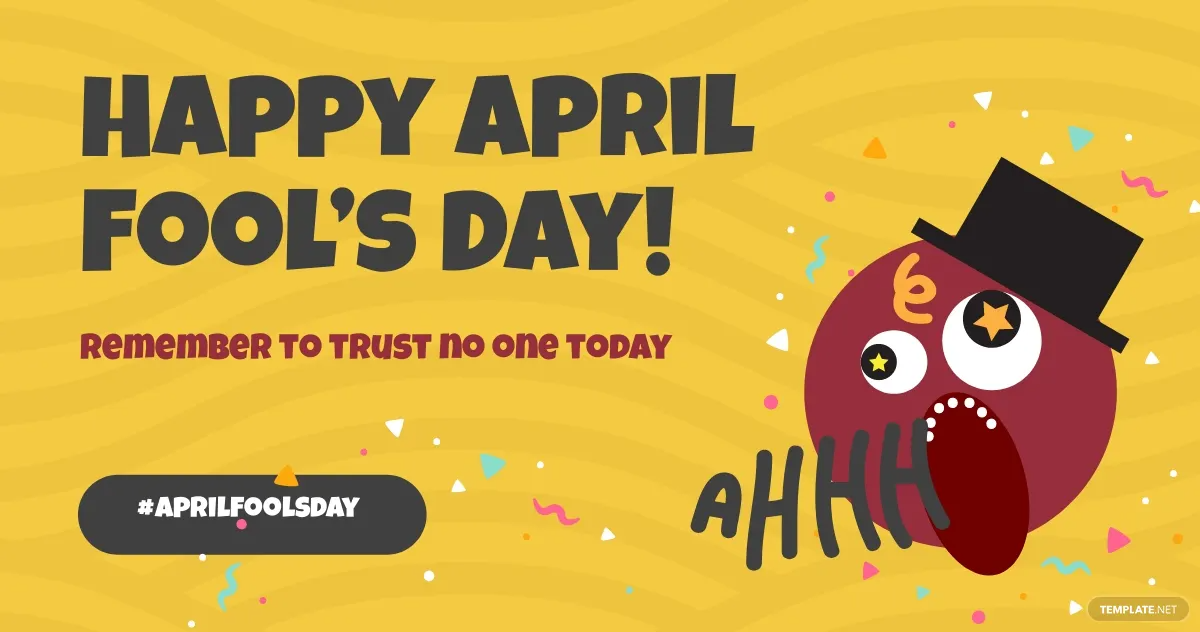 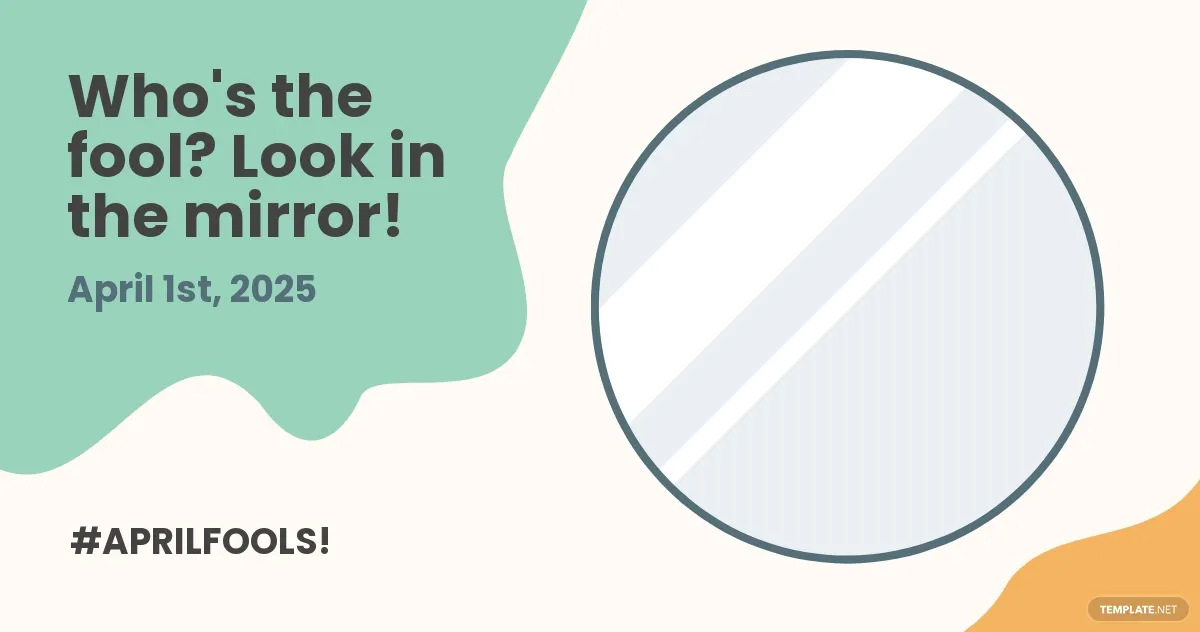 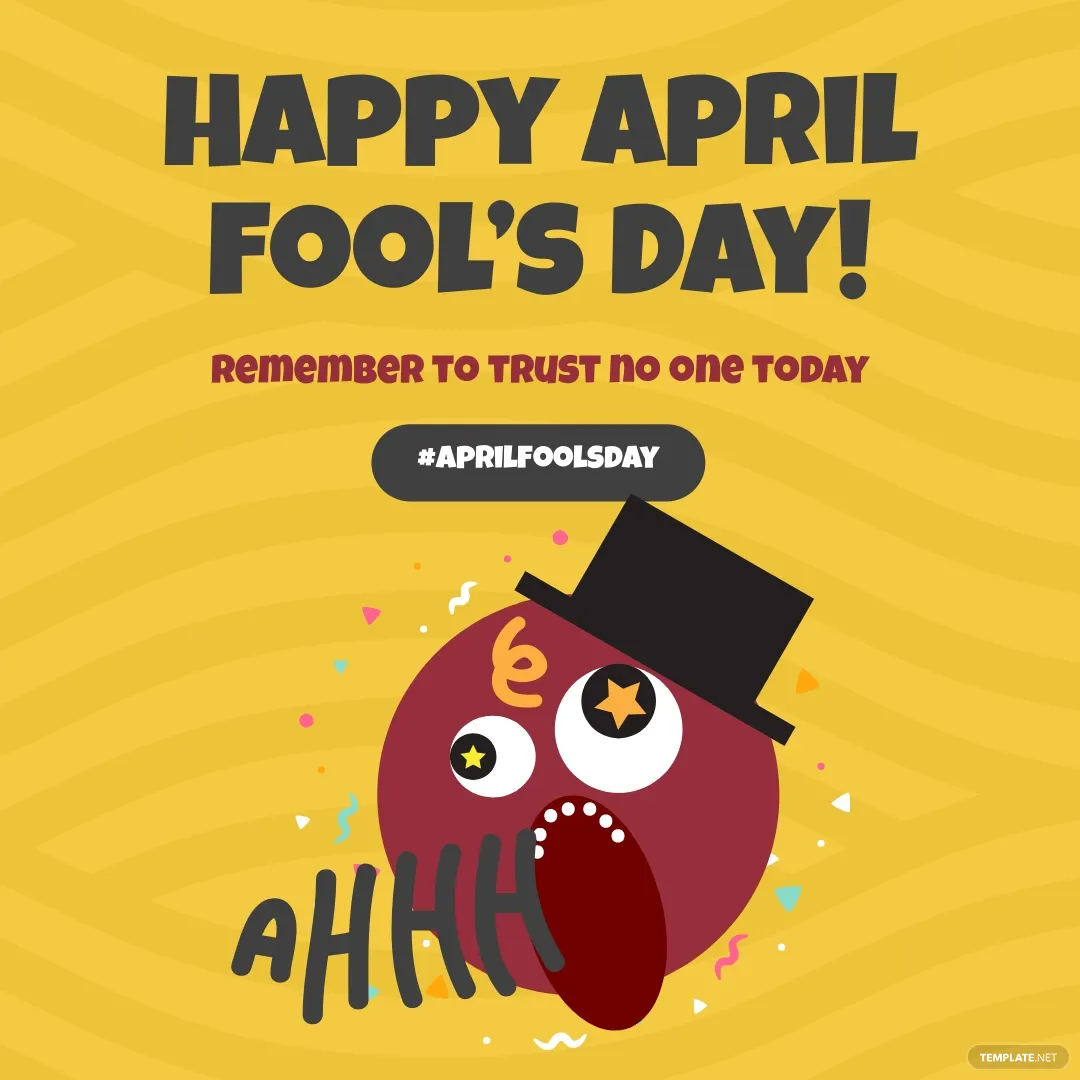 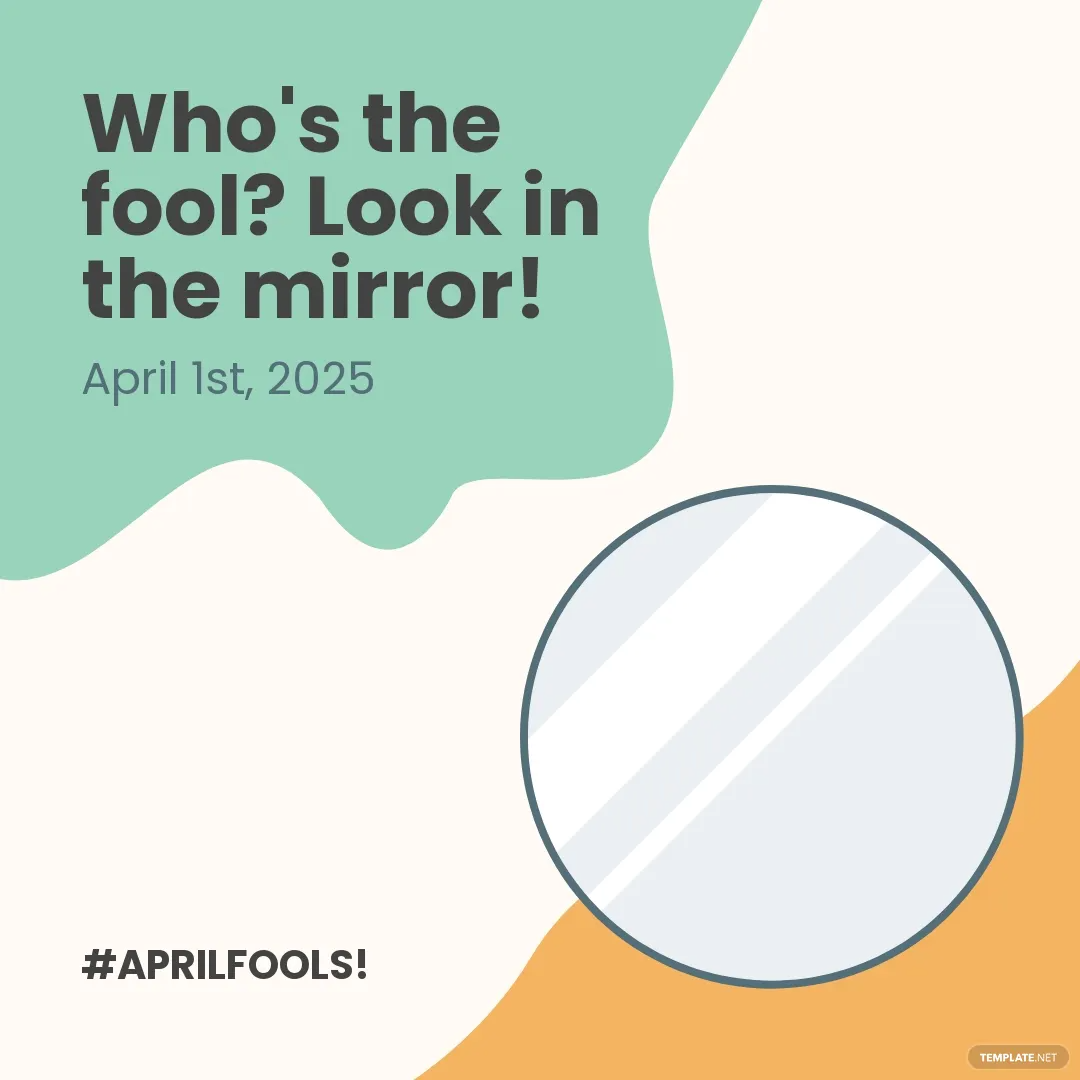 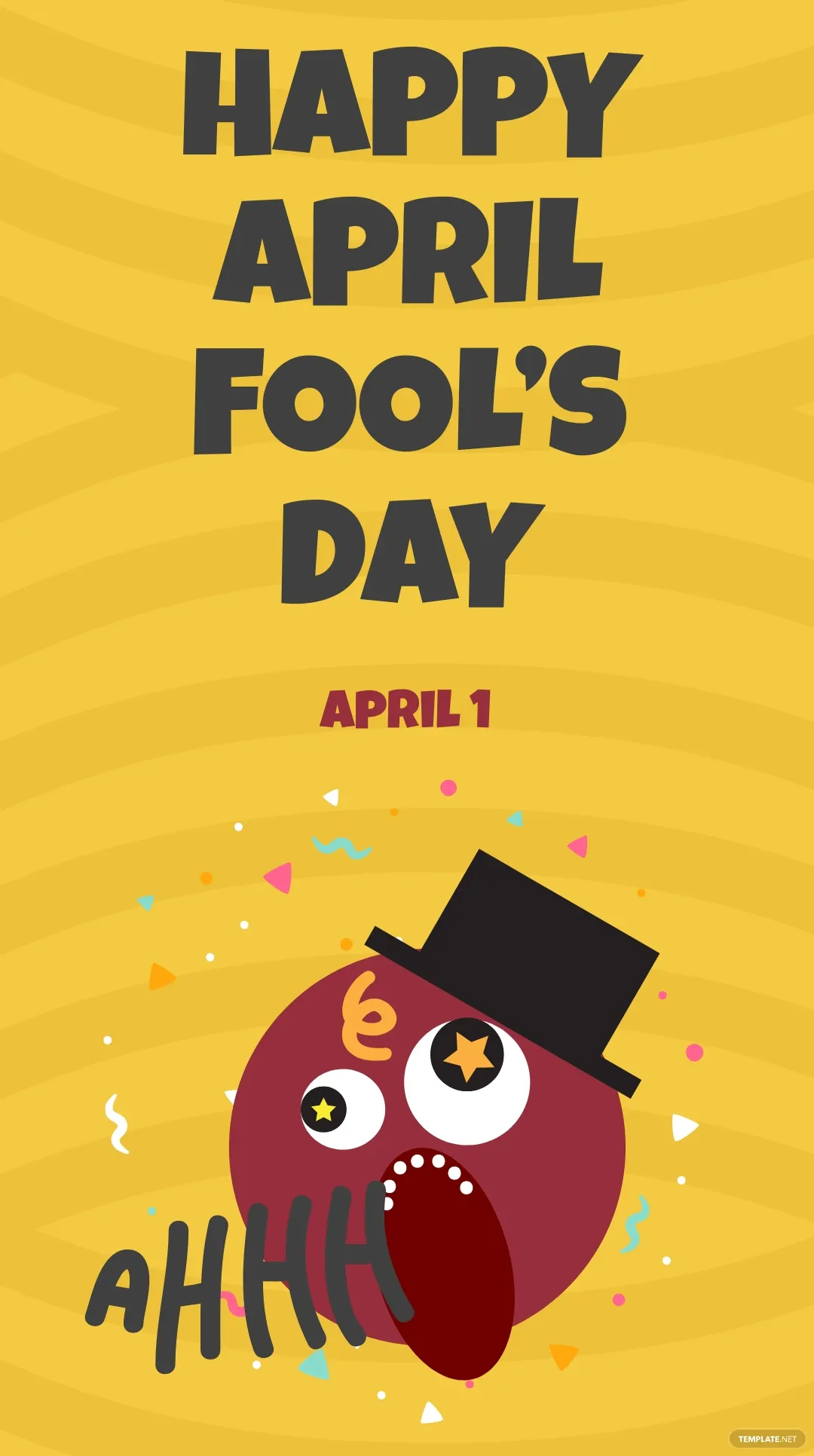 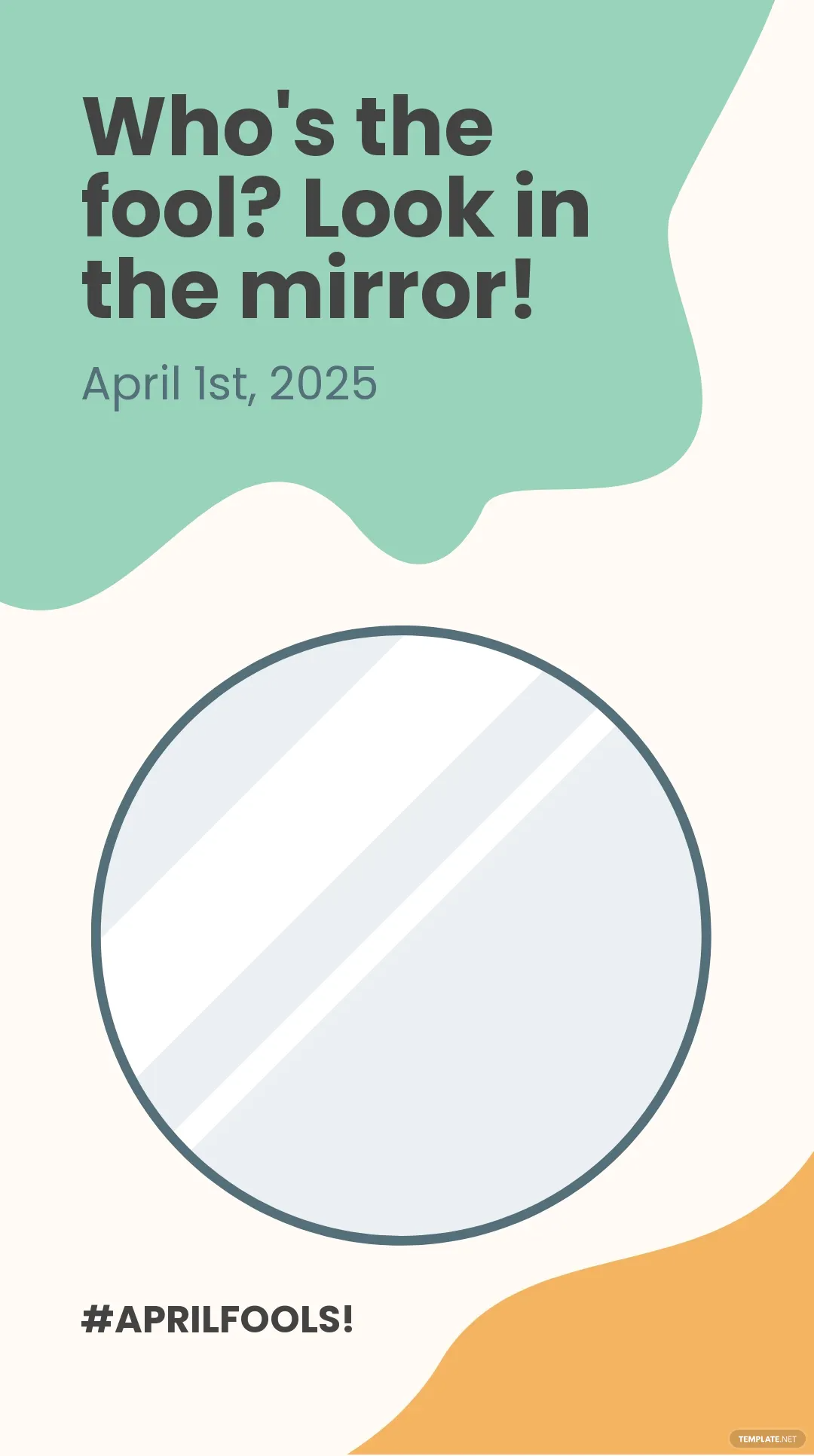 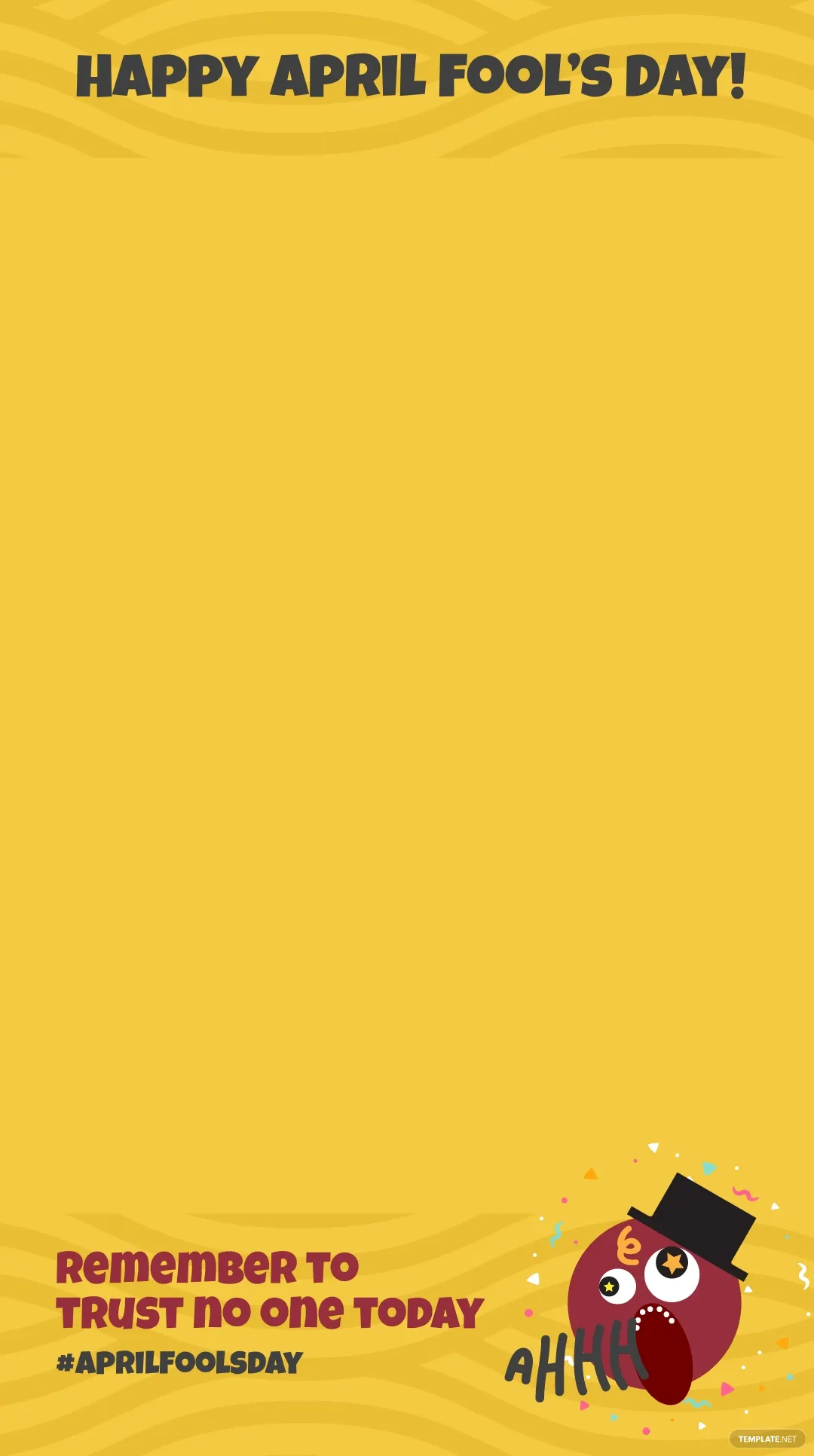 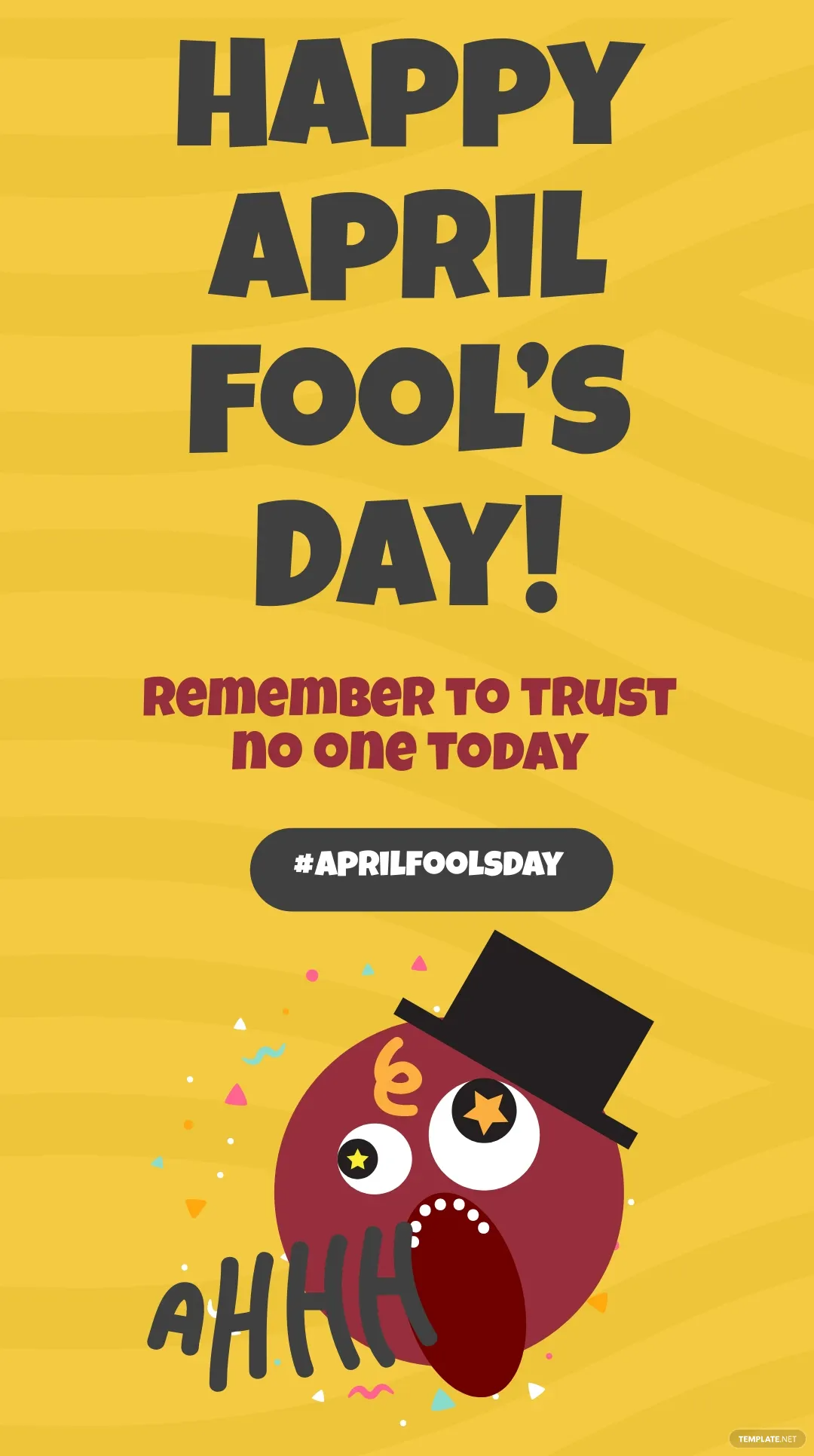 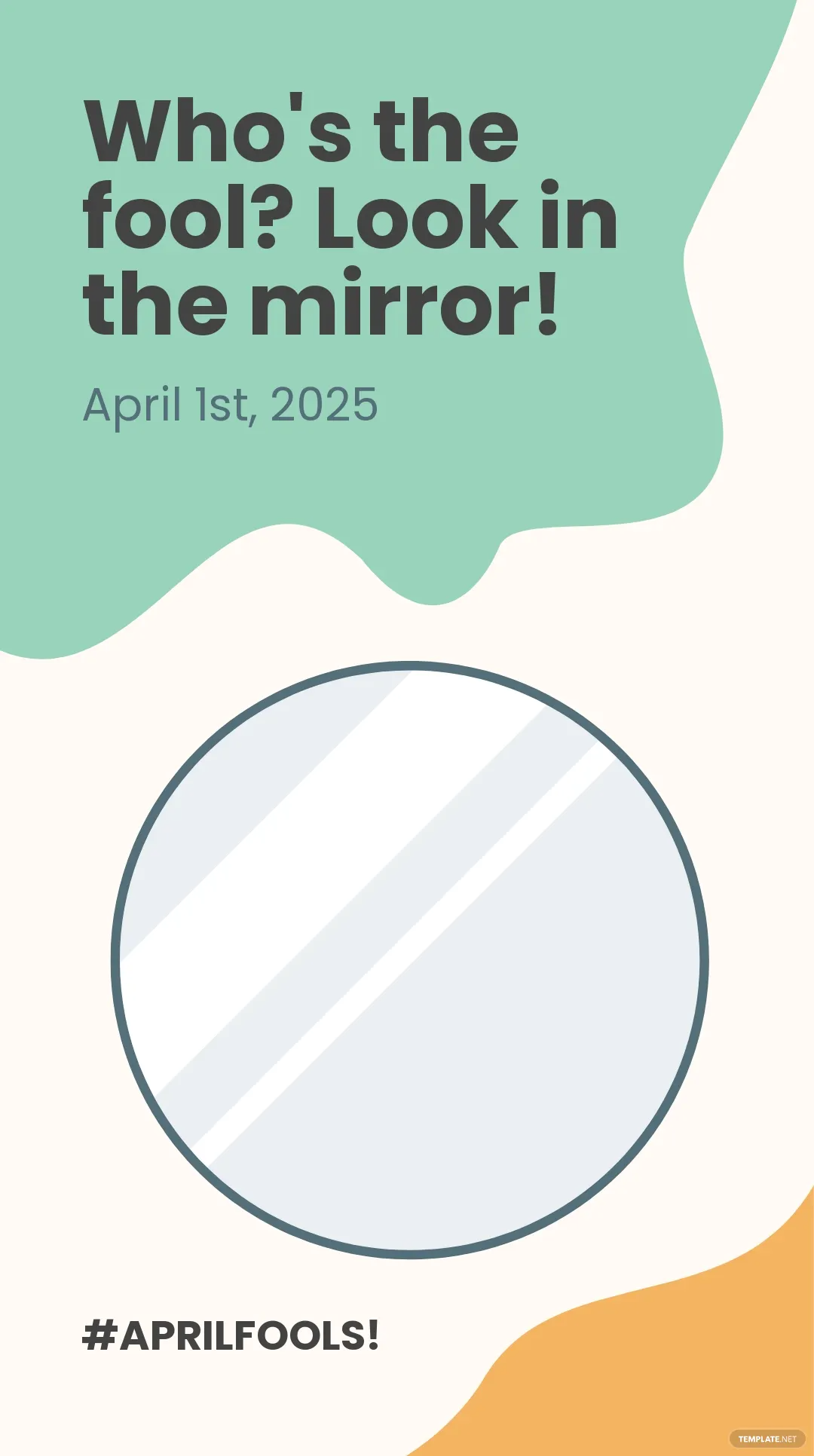 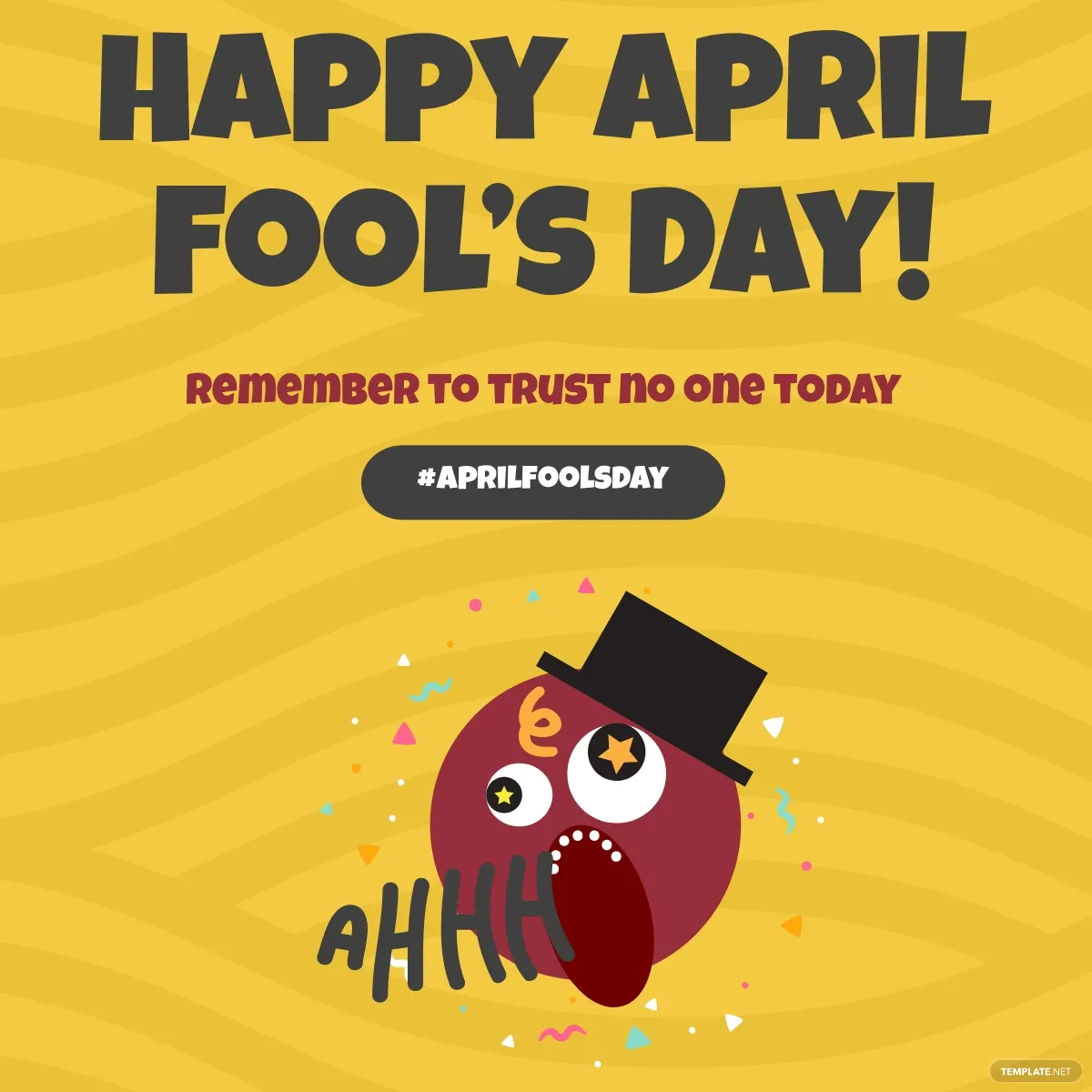 What is April Fool’s Day and why is it celebrated?

April Fool’s Day is an annual custom for pulling jokes and hoaxes, and it is celebrated for people to have good-natured fun.

Why is April Fool’s Day on 1st April every year?

Those who were slow to learn or didn’t understand that the new year had begun on January 1 continued to celebrate it on April 1 as April Fools.

What are the best April Fool’s Day pranks?

Yes, April Fool’s Day is celebrated all over the world, including countries such as Denmark, Sweden, Germany, Norway, Poland, and a lot more.

What are the Greek beliefs around April Fool’s Day?

In some parts of Greece, April Fools’ Day rain is associated with healing, and people enjoy playing practical jokes and tricking people because they believe that if they are successful, it will bring them luck and happiness.

What is the origin of April Fool’s Day?

April Fool’s Day has no particular origin, but according to some historians, it first appeared in France in 1582, the year that the country transitioned from using the Julian to the Gregorian calendars, as the Council of Trent had mandated in 1563.

What are the activities you can do on April Fool’s Day?

Some fun activities that you can do on April Fool’s Day include funny and creative jokes (such as sharing birthday memes or Maxine April Fools ideas), word games, tricks or treats like what you do during Halloween or Easter, doing global trickery like April Fish and Trompe L’oeil art, and more.

Why do we lie on April 1st?

You can lie (like pulling pranks on your family and friends) on April 1st as a way of participating in the celebration of April Fools.

How did April Fool’s Day begin?

While there are many theories regarding how April Fools’ Day began, the truth is that nobody really knows, but some historians say that it may have originated with the establishment of the new calendar in 1582.

What are the reasons to celebrate April Fool’s Day?

The reason we celebrate April Fool’s Day is that individuals back then played practical jokes and other pranks during the month of March and the first part of April, and some people think that April Fool’s Day originated from “renewal festivals,” which celebrated the end of winter and the start of spring, and during these celebrations, people would dress up, play practical jokes on family, friends, and strangers, and generally cause mayhem.