Orthodox New Year is a feast that brings together people of the same faith from anywhere in the world to enjoy the hope that the holiday brings with it. Read through the article to get to know this celebration more.

Orthodox New Year is a holiday popular with those who practice the Orthodox faith.

Orthodox New Year is marked as January 1 in the Julian calendar and is known as the Old New Year.

When Is Orthodox New Year?

Like Christmas, some countries in the world celebrate New Year twice a year. The Orthodox New Year is celebrated on the 14th of January every year—thirteen days after the New Year holiday recognized by the rest of the world.

Despite an additional word to the holiday name, the Orthodox New Year still has quite similar purposes and importance to the New Year that most of the world celebrates. The following are what make the Orthodox holiday relevant all through the years:

Much like Christmas, the Orthodox New Year is also a time for families to come together, especially for those with members working and living in another city or country. It offers a space for forgiveness and rekindling among families and friends that eventually strengthens relationships even more.

Connects Past and Present

Embedded in the cultures and traditions birthed by generations before, the New Year serves as a bridge that narrows the gap between the present and past generations who are members of the Orthodox church. It also preserves the religious values, emphasized during the festivity, that are shared and practiced in every household or in different communities.

The holiday encourages those who participate in it to reflect on the blessing that they have witnessed and received in the past year. People make New Year’s resolutions that they would want to accomplish in that year and make wishes like having a smooth transition from the previous year to the next or acquiring wholistic abundance throughout the year.

What’s in an Orthodox New Year?

During the Orthodox New Year, though Orthodox Christians celebrate it differently around the world, activities such as festive dinners, singing, dancing, and fireworks display are commonly held and participated in. According to a National Today article, some Orthodox churches also hold dinners where members of the faith can pray for the new year and toast beverages while others host dinners to raise funds for church restorations or charities.

How to Create an Orthodox New Year

Whether you’re posting on your personal social media account or on your business’ account, you can never go wrong with ready-to-use but editable online templates specifically designed for the Orthodox New Year celebration. We made a step-by-step guide on how to customize your templates for different social media platforms.

To start making your Facebook post, go to Template.net and select an Orthodox New Year template that fits your preference and personality. Because you would only make minimal edits. Once you picked a template, you can now proceed to the website’s free Editor tool.

On the Editor tool, you will see some functions to help you personalize your chosen template. The second tool is Fill which you can use to edit the main greeting. You can either change the entire message or add a few more words of your own.

Another option on the Editor tool is the Backgroud which enables you to change either the color of the background or the video or photo. There are a bunch of choices you can use on your template depending on your interest.

The Graphics option allows you to add more characters or objects to your template. There are some choices like stickers, cliparts, and more that you can choose to add more personality to your project.

After making changes, you can now save your customized template. To do this, click the three dots beside the Download button and click the Save icon. You can also print this template straight from the website.

For Instagram posts, the same first step for Facebook applies. Select an Orthodox New Year post template from Template.net. Afterward, you can freely make edits on the template by clicking the Editor tool button near your selected post template.

If you are feeling more creative, you can add more graphic designs to your template. Just choose the Graphics option and select from the variety of objects or characters. You can also resize these as much as your desire.

Besides the pre-made greeting on the template, you can also add more text, even a paragraph, to the template. Click the Text option and choose whether to insert a heading or a sub-heading.

The background of the template is definitely changeable. You can make the background into a photo or a video and you can also simply change its color.

5. Save or print the template.

The last step is to save your template by clicking the ellipses on the upper right side of the editing page. You can either save the template to your device or print it directly.

For YouTube, Template.net have options for banners that you can use for your Orthodox New Year post. Choose from the selection and click the one you want. Then, you can customize the template for free through the Editor tool.

One thing you can do in the Editor is to add texts, either a heading or a sub-heading. You can also add a paragraph in the template where you can mention your wishes for the new year.

Uploading your file – photo, video, or audio – is also possible with the free editor tool. Just click the Upload option below Logo and scan through the files on your device or computer then choose the file you want to place on the template.

Another option you can do is to customize the main greeting on the template. Click Fill and highlight the part of the main text that you want to remove or add.

Lastly, save the project you made. Click the three dots next to the Download button and select the Save icon. If you want to have a physical copy of it, you can also print out the template.

As times change, the Orthodox New Year also had its changes over the years in terms of the name or the way it is celebrated to compromise for the developing world: according to an article by Matt Trezza, in Russia, the Old New Year is now a more relaxed holiday that people see as nostalgic – families gather and have a feast or sing carols – but it is not an official holiday. However, on a more traditional note, dumplings or homemade pita bread are baked with hidden objects such as a coin, dumpling, or button inside them; it is believed that whoever gets an object in their piece of bread will have good fortune.

Orthodox New Year is a holiday when Orthodox Christians partake in joyous gatherings and events held on every 14th of January.

Easter, according to Oxford, is the oldest and the most important festival of the Christian church that celebrates the resurrection of Jesus Christ held between March 21 and April 25.

You may have spent too many Orthodox New Years that you have run out of things to do. The following are ideas you may want to try out this year:

You can’t miss making your social media accounts let your friends and followers feel the holiday vibes. Here are ten examples of free templates you can take advantage of on Orthodox New Year: 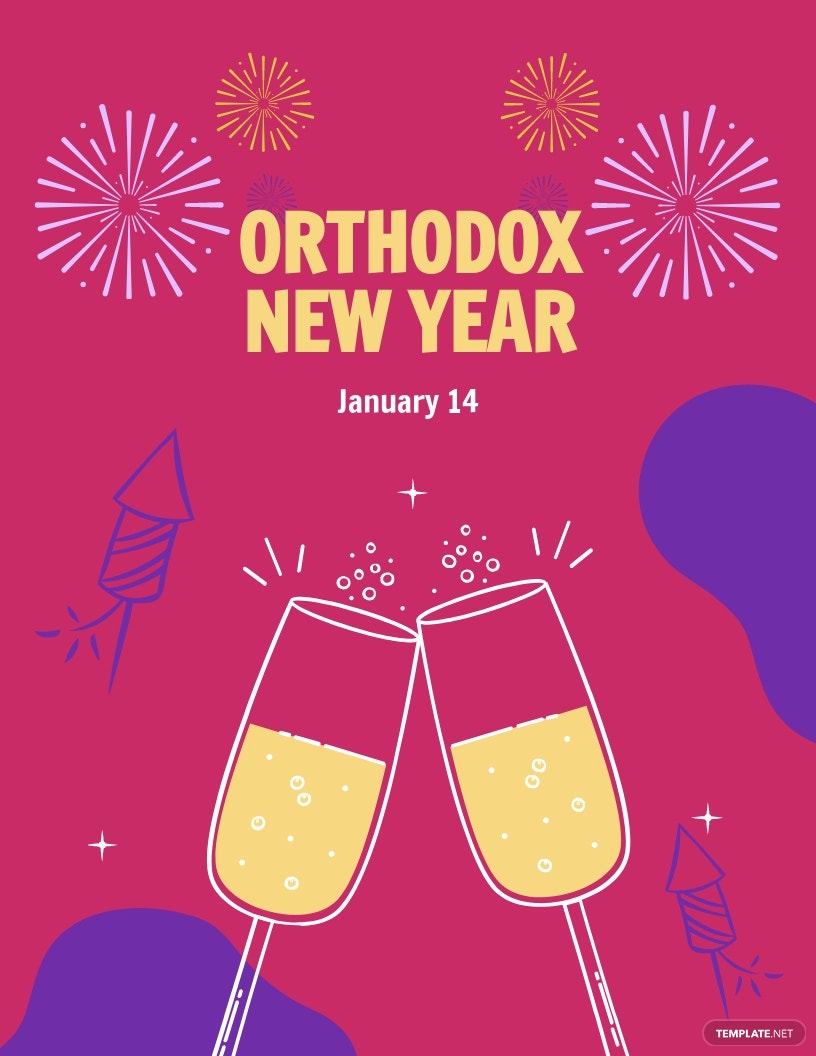 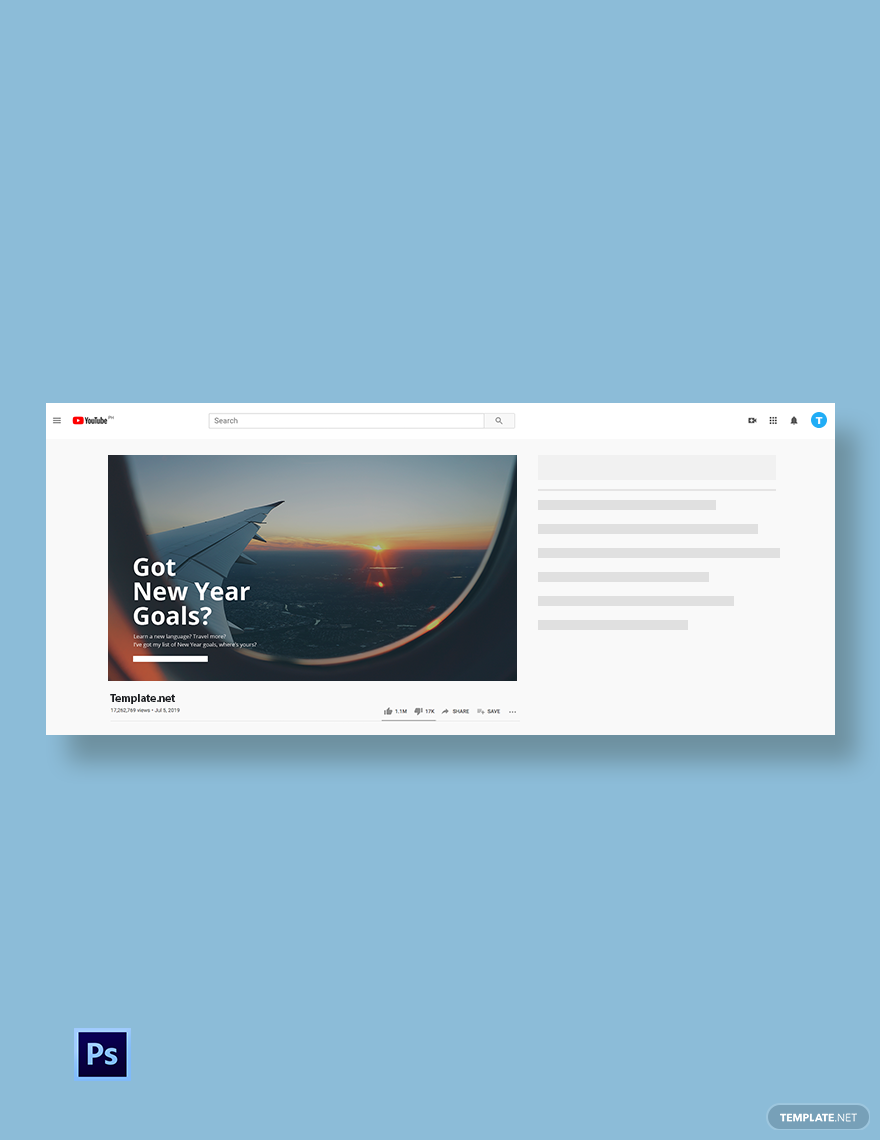 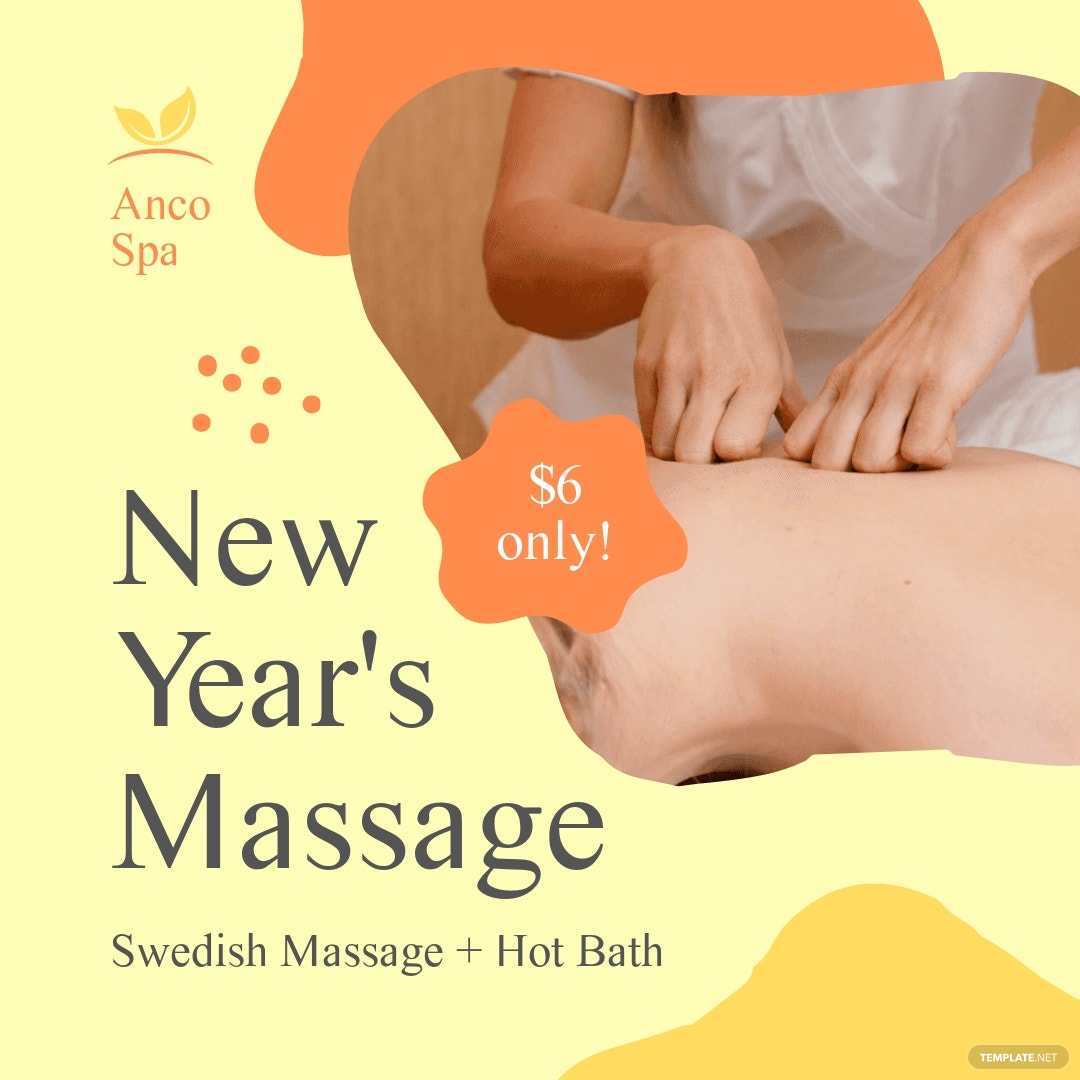 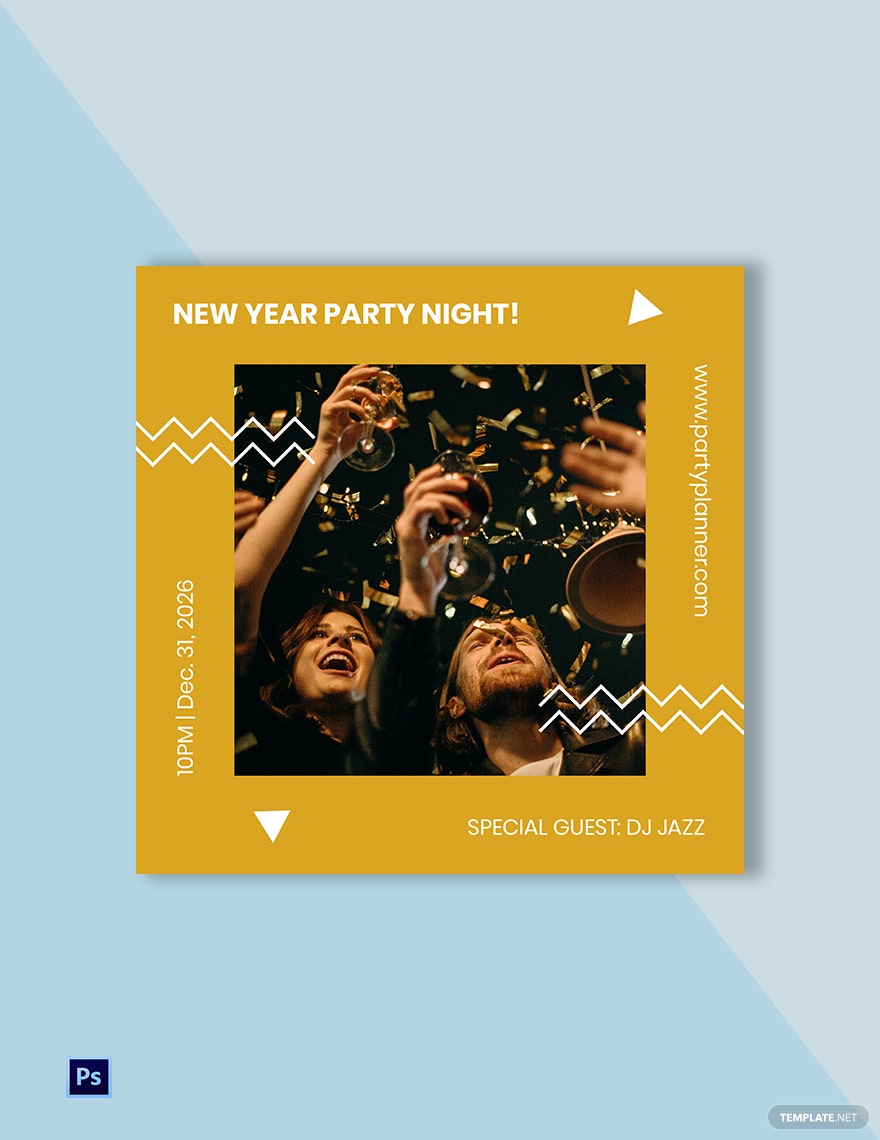 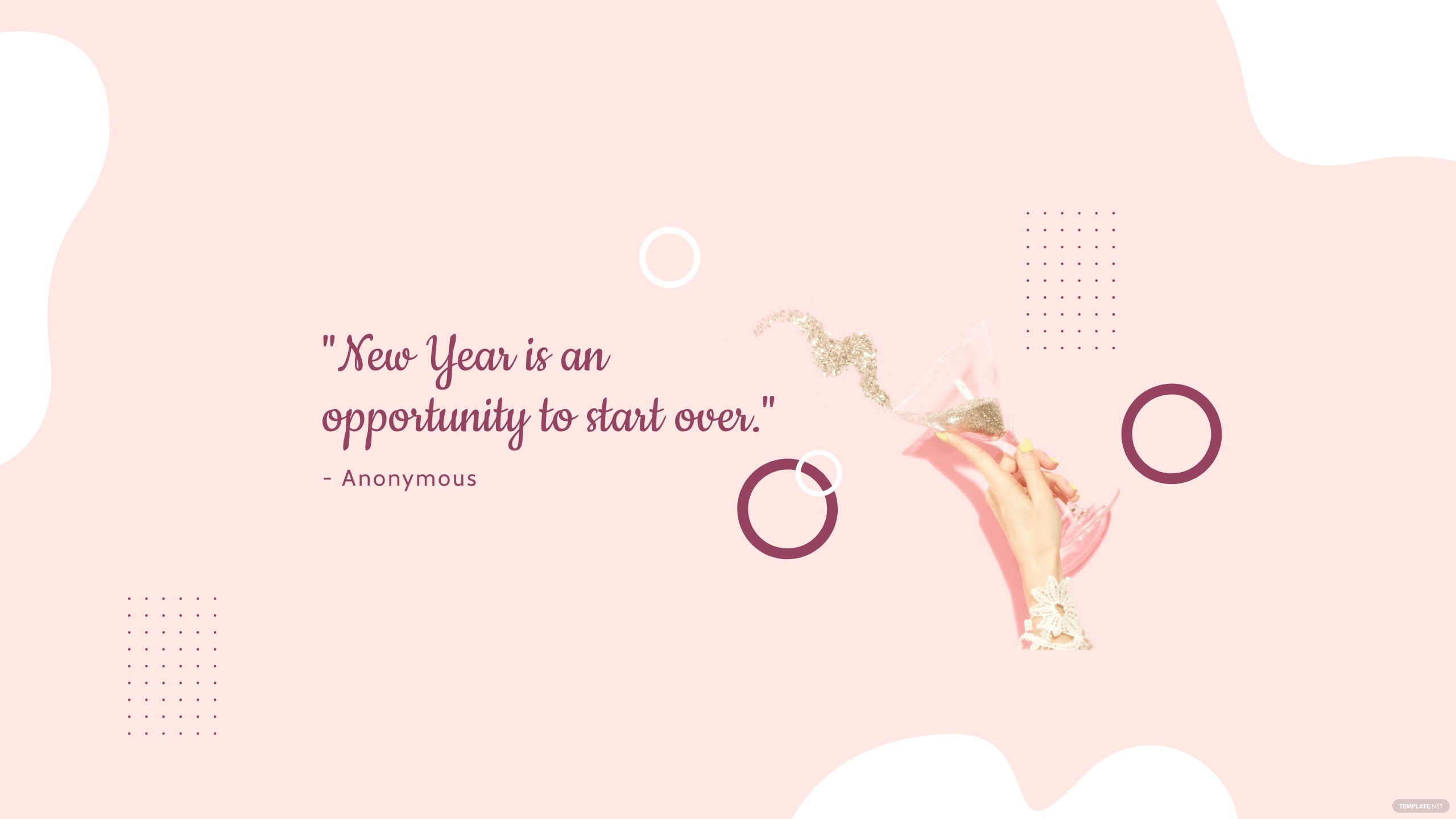 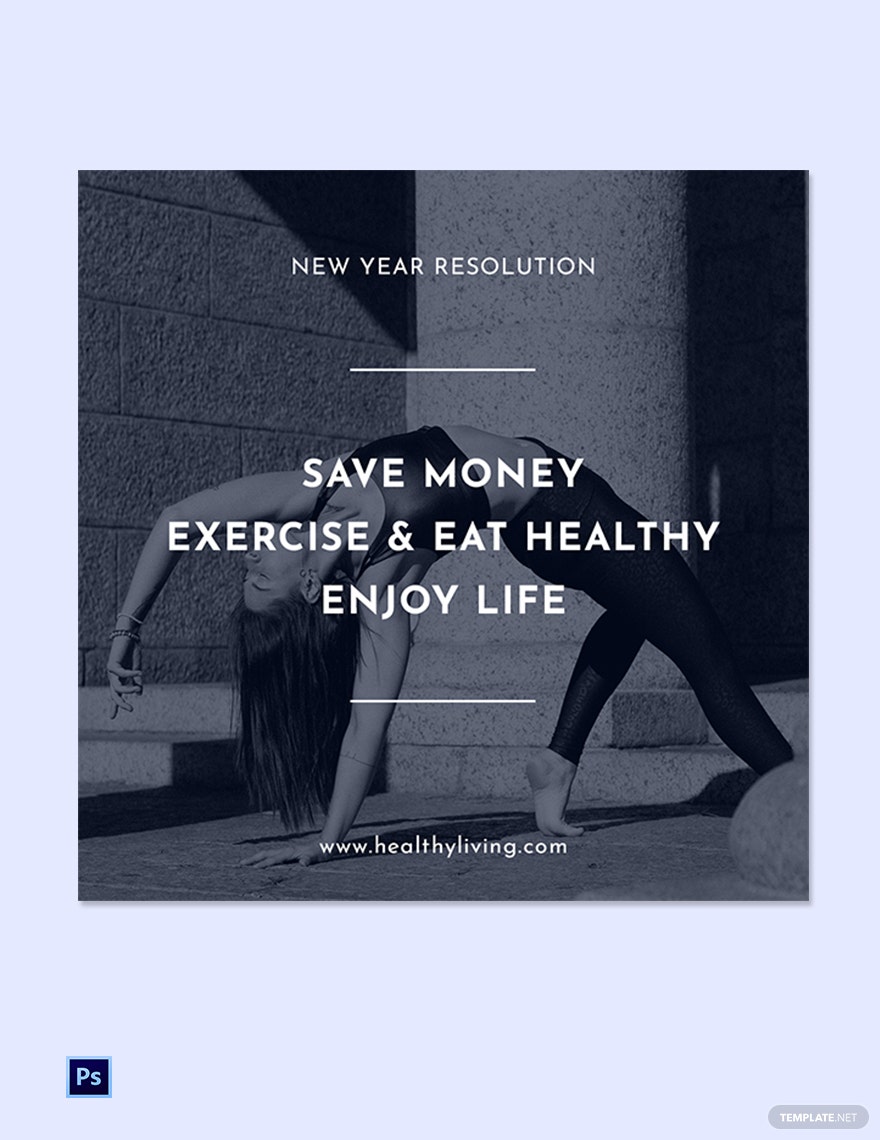 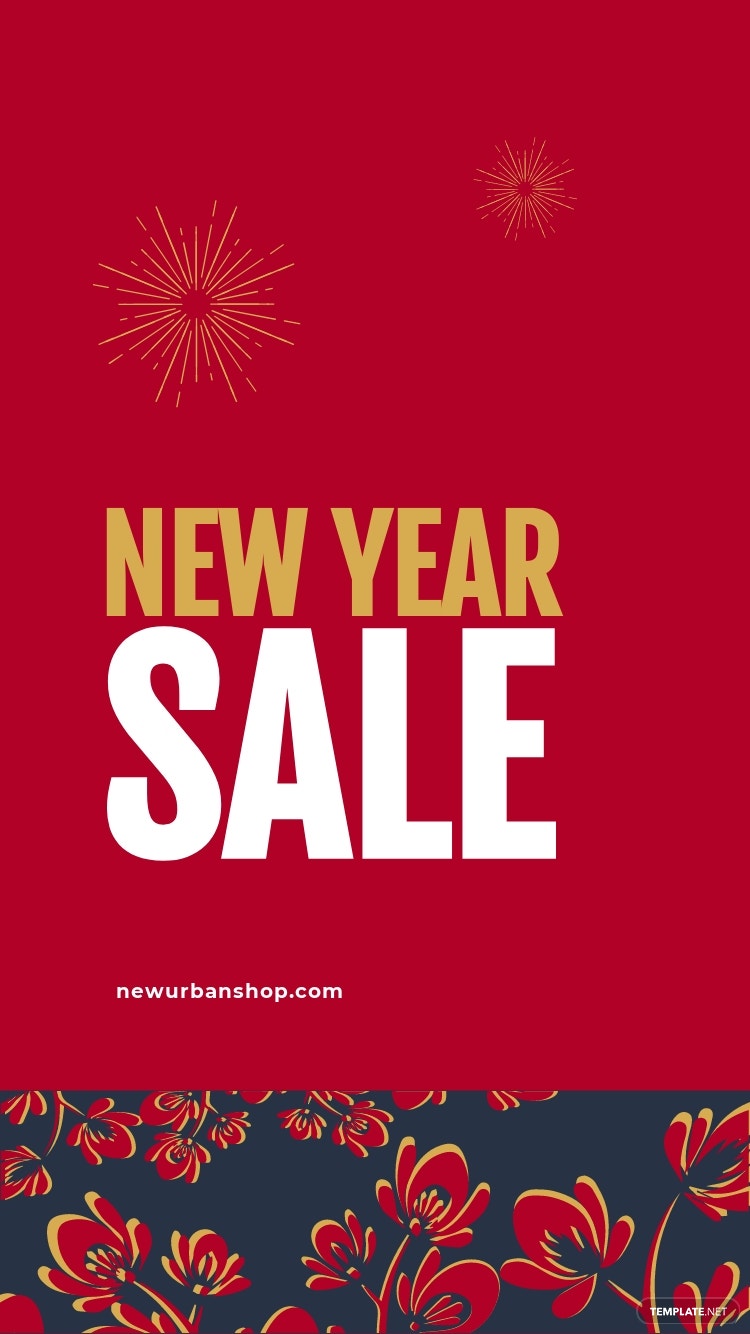 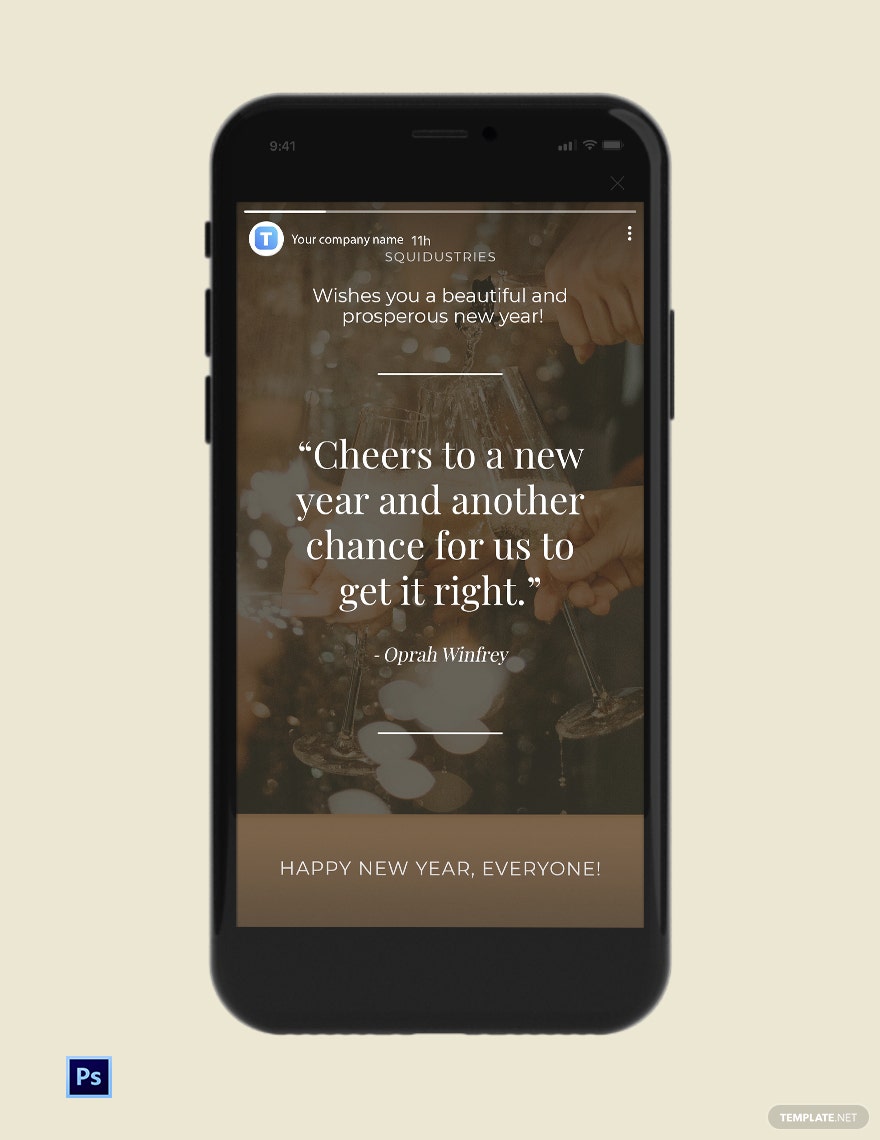 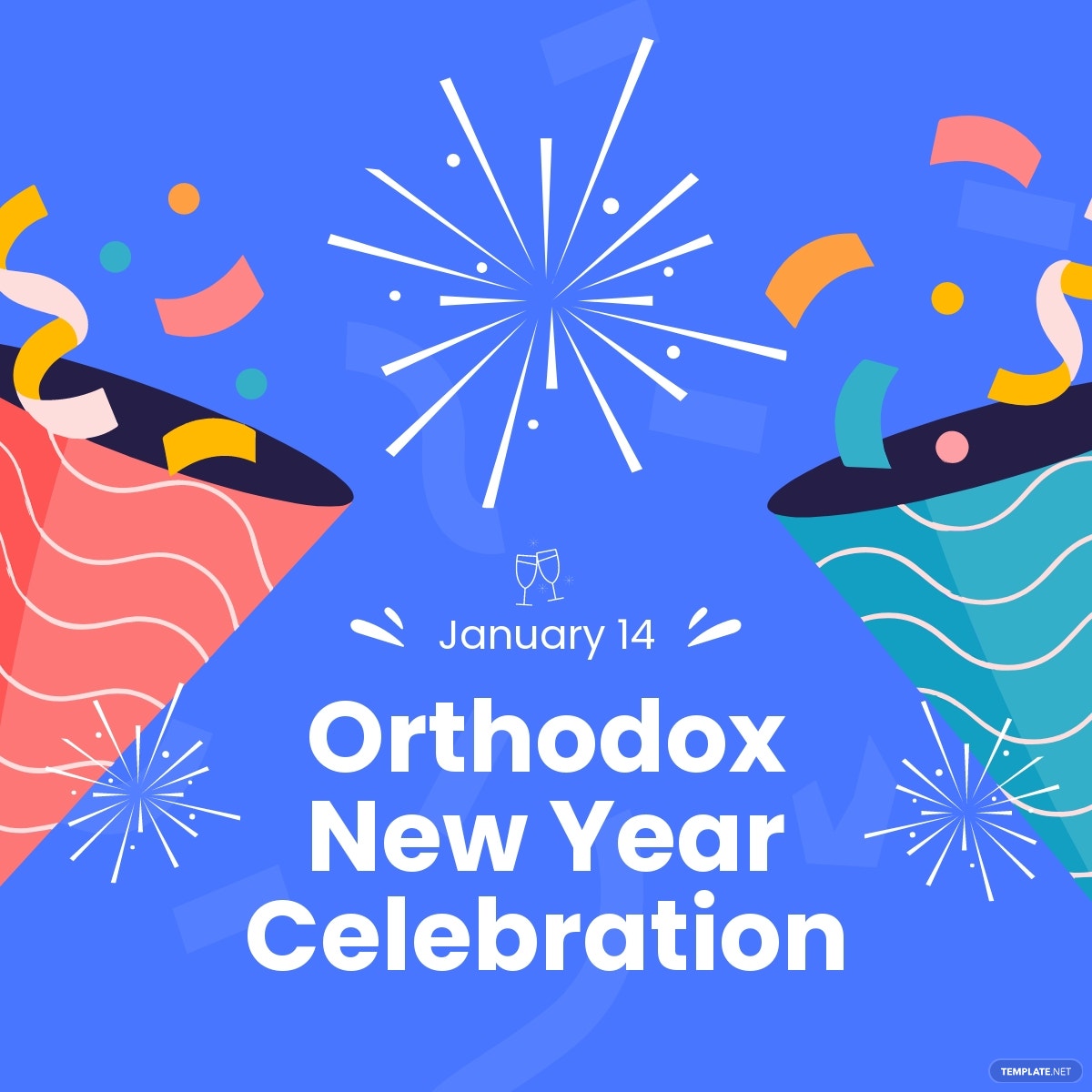 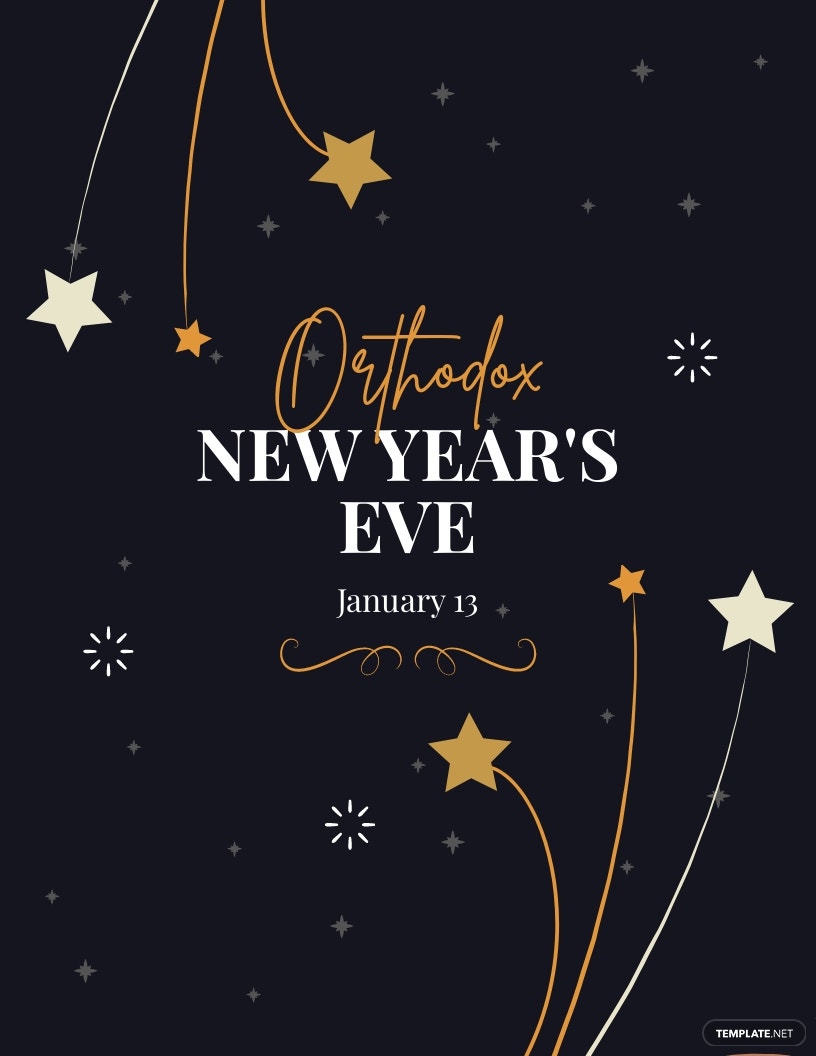 What do we celebrate Orthodox New Year?

On Orthodox New Year, we celebrate the Circumcision of Jesus Christ.

Why is the Orthodox New Year in January?

The Orthodox New Year is in January because the Orthodox church remained following the Julian calendar which is marked as January 1 in the Gregorian calendar.

What should we do on Orthodox New Year?

There are different variations of how Orthodox New Year is celebrated depending on where you are in the world, but, according to tradition you can attend church festivities and bake meals to be shared with family or friends.

What is the origin of Orthodox New Year?

According to National Today, Orthodox New Year is an informal holiday that was celebrated by countries like Russia and Serbia following the Julian calendar that was implemented by Julius Ceasar to change the Roman calendar.

Orthodox New Year is determined by either the festive celebration that marks the start of the year or the taking down of New Year trees and Christmas decorations that signifies the end of the previous year.

Why is Orthodox New Year important?

The Orthodox New Year is important because it unites people and it is an avenue to pass down traditions from one generation to another.

What religion is Orthodox New Year?

Orthodox New Year is associated with the Orthodox Christians or Orthodox Church.

What is the significance of Orthodox New Year?

What do you say to someone on New Years?

What is the history of Orthodox New Year?

Orthodox New Year marks the first day of the year according to the Julian calendar, an old calendar before the Gregorian calendar that the world follows until today.