Patriot Day is an important day in the United States and the history behind it is tragic and shocked the country to its core. To this very day, Americans and people around the world remember the lives that were lost on 9/11 by paying tribute and observing moments of silence. 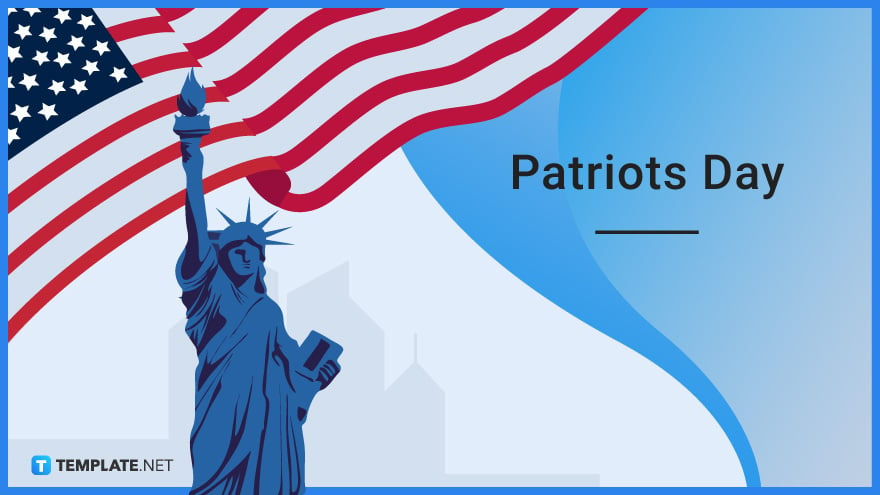 Patriot Day is a holiday in the United States observed to honor the memory of the men and women who lost their lives due to the September 11 terrorist attacks.

Patriot Day, not to be confused with Patriot Day, is an annual observation in the US commemorating the tragic events of 9/11.

When Is Patriot Day?

Patriot Day is observed by Americans every year on September 11. It’s observed on that same date yearly because it was on September 11, 2001, when several Al Quaeda terrorists hijacked four US commercial planes and crashed them into the World Trade Center and the Pentagon.

The first observance of Patriot Day was the year before the 9/11 attack. The terrorists of 9/11 intentionally crashed two of the hijacked planes straight into the World Trade Centers Twin Towers in New York. One plane crashed into the Pentagon, and the other crashed into a Rural area in Pennsylvania which according to reports was intended to crash into the White House. Every year since then, Patriot Day is observed solemnly on the 11th of September.

Patriot Day isn’t a joyous holiday like most other American holidays such as the 4th of July and Flag Day, but it’s significantly important to US citizens as the reason behind it changes their country, and also the world.

Remember Those Who Died

The people who died on 9/11 died tragically. Many of them were just going about their usual activities such as working in the office and walking the streets. Then, all of a sudden, disaster struck. Those who died left behind their kids, wives, husbands, friends, and other loved ones. On Patriot Day, Americans honor the memory who those who died on 9/11. They do so by visiting their graves, offering prayers, posting pictures of them on social media, and other ways of paying tribute. They’ll never be forgotten by their friends and family.

Amidst tragedies, heroes can be made, and it occurred on 9/11. The heroes of the 9/11 attacks are the local firefighters, rescue teams, soldiers of the US army, military personnel, and civilians who offered aid in the aftermath. Americans honor those heroes on Patriot Day for their bravery, patriotism, and selfless acts to save lives. They’re true patriots of the American country and are true inspirations. Their valor will always be remembered by American citizens and people around the world.

Patriot Day is a day of unity. It’s also a day that commemorates how the US citizens united as one nation to recover from the attacks. Even countries from around the world provided aid and established strategies to prevent something like 9/11 from ever happening again. So in a way, the attacks united the world. Every year on September 11, Patriot Day serves as a reminder that being united can help nations overcome hardships and come out of adversities stronger.

On Patriot Day, memorial ceremonies for those who died on 9/11 will be held. However, schools, businesses, and offices will remain open because Patriot Day isn’t a federal holiday. Some Americans will display flags specific to 9/11 in honor of those who lost their lives and provided patriotic services. And also, flags displayed in the vicinity of American establishments are required to be at half-mast or half-staff.

How to Create a Patriot Day Social Media Post

If you’re an American citizen, you should do your part in reminding people of Patriot Day on September 11. The easiest way to do that is by posting about Patriot Day on social media. Follow our simple guides below to get started.

2. Click or tap the Photo icon to insert an image or web illustration depicting Patriot Day.

3. Type in a caption for your Patriot Day Facebook post. Your caption can be a sort of short essay about Patriot Day, a tribute to those who died on 9/11, or a message reminding everyone about the significance of this holiday.

4. Choose whether the post should have a Public view or a Friends Only view. Choosing the Public view would enable your post to have more potential viewers.

1. Open Instagram on your mobile device and tap the “+” icon located on the upper right side of your screen.

2. Select a photo or image related to Patriot Day from your phone gallery. Tap your selected photo to upload it to Instagram.

2. Write your tweet about Patriot Day. Your tweet could be a call to people to remember the heroes of 9/11 or a simple text summarizing the events of 9/11. In your caption, make sure to use relevant hashtags such as #PatriotDay. Hashtags can help optimize your post and enable it to have more viewers even outside of your list of followers.

3. Upload photos from your PC or smartphone showing Patriot Day ceremonies or activities. If you have none, you can use free photos online such as from Pixabay or Unsplash.

1. Open Whatsapp and go to the Status tab.

3. Grab a Patriot Day photo from your photo gallery. Upload it to Whatsapp.

4. Once the photo is uploaded, insert stickers and graphics to make it look artistic.

5. Insert a text over the photo. The text should say “Patriots Day” accompanied by a short message or greeting. Use that as the caption of your Patriot Day Whatsapp post.

Patriot Day is a non-federal holiday in the United States of America observed to commemorate the victims and heroes of the 2001 September 11 terrorist attacks.

Memorial Day, formerly known as Decoration Day, is a US federal holiday dedicated to honoring the memory of the American soldiers who died serving the military.

The following are some interesting facts that you should take note of about Patriot Day:

The following are the activities that you can do to honor and observe Patriot Day this September 11:

Why do we observe Patriot Day?

Americans observe Patriot Day every September 11 to honor the memory of the innocent people who died due to the harrowing terrorist attacks on 9/11.

Patriot Day was introduced and proposed to the US House by Rep. Vito Fossella along with 22 co-sponsors on October  25, 2001.

What do you say on Patriot Day?

There’s no traditional greeting on Patriot Day, but you can say or write messages calling others to remember those who tragically died on September 11, 2001.

What do we remember on Patriot Day?

On Patriot Day, we should remember those who died and those heroes who served in the 9/11 rescue operations.

What does Patriot Day stand for?

One of the important things that Patriot Day stands for is to be united as one nation in times of hardships and tragedy.

Who made Patriot Day a holiday on September 11?

Patriot Day was introduced by Rep. Vito Fossella, but it was a joint resolution of the US Congress that made Patriot Day a holiday to be observed every year on September 11.

Why do we observe Patriot Day for kids?

We observe Patriot Day for kids so they’re aware of the tragic events of 9/11; as young US citizens, they must know the tragedy that transpired on September 11, 2001, which changed not only the United States but also the world.

What is the history of Patriot Day?

Patriot Day was proposed by Rep. Vito Fossella on October  25, 2001, and three months later on December 18, 2001, the joint resolution of the US Congress proclaimed September 11 as Patriot Day.

What is Patriot Day and why is it a national holiday?

Patriot Day is a national holiday in the United States because it’s a designated day of mourning for all those who died during the 9/11 terrorist incident.

How do we observe Patriot Day?

You can observe Patriot Day by attending memorial ceremonies, reading credible sources about the 9/11 attacks, and honoring the heroes of 9/11.

The company that lost the most employees on 9/11 is Cantor Fitzgerald L.P.; the company lost a total of 658 employees.

Is Patriot Day a national holiday?

Yes, Patriot Day is a national holiday but it’s not a public federal holiday.

How many workers were killed on 9/11?

According to reports, a total of 2,977 people were killed on 9/11 including 343 New York City Fire Department firefighters.

What is the significance of Patriot Day in the US?

Patriot Day is a significant holiday in the United States because it’s a designated day to commemorate the memory of 9/11 victims and heroes.