WordPress vs Joomla – Which One Is Better?

WordPress and Joomla are two of the most popular content management systems, boasting a long successful history, lots of useful features, beautiful themes, good security and an interface that is easy to use for both beginners and advanced users. [5 Tips to Make Your Website Invincible From Hackers!] 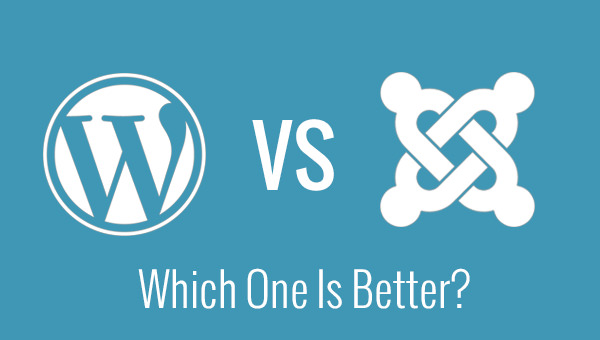 If you’re starting a new website of any kind, you can count on either of them to get you up and running right away and keep you going for a very long time before you need to switch to a more custom solution (which can still be based on the CMS, but with more extensive code customization).

The question “which one do I use?” will always pop up when deciding on a CMS and choosing between WordPress vs Joomla may not be that easy. Let’s take a detailed look at both platforms and see which one suits you better. 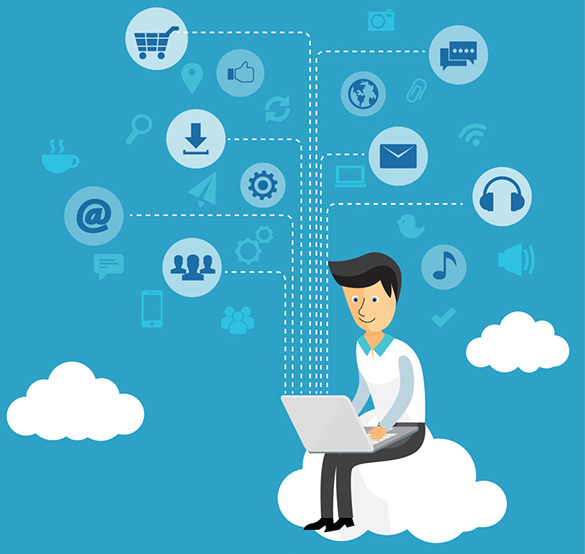 WordPress has always been easy to learn and use – all of the options are displayed in a menu on the left side of the screen, and you can quickly navigate and change whatever options you need. The workflow is also easy to understand, everything is logically categorized and you won’t find options hidden under menus that make no sense.

Joomla’s interface has been pretty hard to learn in version 2.x – it was overloaded with text and options were all over the place. The developers made some big strides with version 3.x – not only is the interface cleaner and faster, but it’s also much easier to adapt to. You still get quite an overwhelming number of options when you first log in, but that’s only because Joomla has more of them built into the core. [Tips to Secure Joomla 3 Website]

Everything can be accessed from a drop down menu at the top, and you can cycle through and change options from the left sidebar – it takes a bit more time to get accustomed to than WordPress, but it’s nowhere as difficult as it once was. 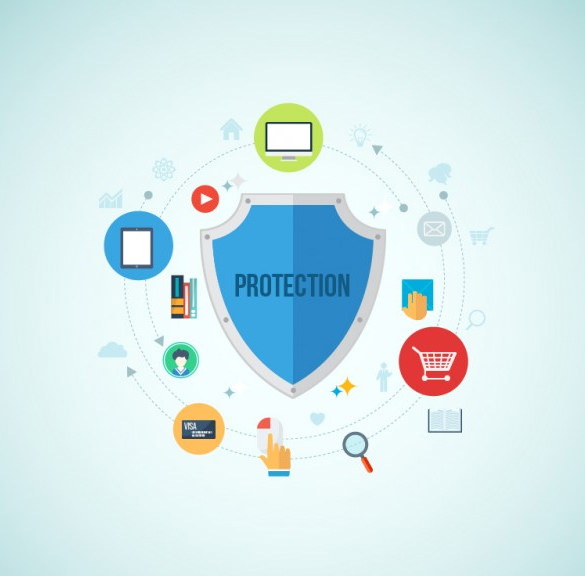 Security is obviously a vital part of any platform, and both WordPress and Joomla do a great job at it. Both CMS support one click updates for their themes and plugins/extensions, as well as the core files, but WordPress installs core updates to minor versions automatically, whereas Joomla prompts you whenever an update is available and lets you decide whether to install it.

It is possible to enable automatic updates on Joomla via a module, but that is discouraged because they cannot guarantee your extensions and modules will be compatible with the new version.

Obviously, the plugins and extensions need to be maintained by their respective developers, but in general, most of the popular ones are kept up-to-date and are fairly secure. The file permissions and owner management at the OS level are pretty much the same for both WordPress and Joomla, so they’re both equally secure on that front, as well. [How to Setup Password-less Login for your WordPress with Clef] 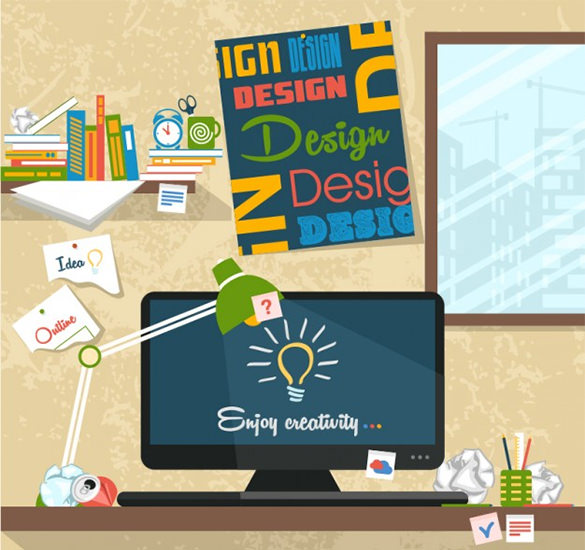 Traditionally, both Joomla and WordPress have been very theming-friendly, with lots of beautiful templates available for both CMS from numerous developers. Themes for WordPress are particularly easy to make, which is why there’s a larger selection of quality themes, free and paid, available for WP users.

Joomla used to require knowledge and the use of their specific framework, which made their themes look pretty, but also hard to modify and sometimes insecure. Thankfully, everything changed with version 3.0, with Joomla introducing built-in support for Bootstrap (one of the most popular and modern front-end frameworks) and replacing MooTools with jQuery (the most popular JavaScript library in the world).

Joomla also has out of the box support for CSS preprocessors, which makes it possible to develop some incredibly good looking and functional themes, although there’s still not that many of them on the market. WordPress also supports CSS preprocessors – but it is up to theme developers to integrate them.

Overall, the design of your website will look equally as good on WordPress and Joomla, but you’ll need to check the prices for the themes you want – WordPress themes are usually cheaper, while new Joomla themes are more expensive. You should also avoid older Joomla themes as they’re likely to have issues with Joomla 3.2 and above. 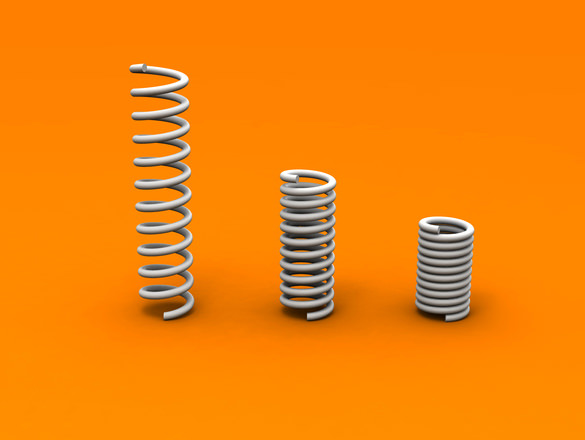 WordPress boasts the largest selection of plugins of any CMS, and its expandability is almost unrivaled – it is very easy to add new features to a WordPress installation, be it a better commenting system, content division (by premium and free, for example) or a whole forum integrated tightly with the core.

Joomla also has a powerful extension system, with plugins being broken down into multiple categories: extensions, components, modules and plugins, each with their own purpose. Extensions are the closest thing to WordPress plugins, and there’s plenty of them on the marketplace.

However, a lot of developers have left the platform since it has stagnated on version 2.x, which means a lot of extensions/modules are not compatible with the newest version (which introduced many changes under the hood) and you’ll either have to pay someone to modify them or do it yourself. Extensions for the most popular features are still being maintained, but if you need something more specific, you may be out of luck for the time being. 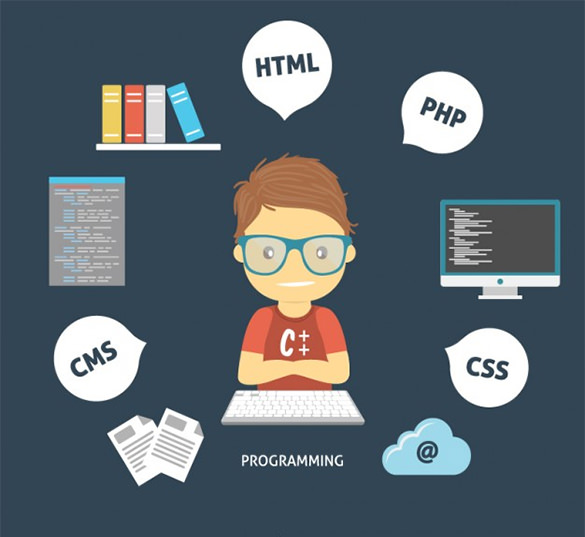 WordPress has the largest community of developers in the world and it is very easy to find someone who will customize a plugin or make one for your needs. This is very important if you run a long term, large project, since sooner or later you will need some extensive customization and you don’t want to run into the issue of not finding any good developers or having to pay way too much for one.

The WP code itself is easy to understand and modify, PHP is one of the most popular scripting languages and it’s only getting better, which makes WordPress very developer-friendly and future proof. Developers can also work closer with designers to integrate the features you may need – unlike Joomla, where the two have a significant degree of separation.

That’s not to say Joomla isn’t developer-friendly – as of version 3.0, with much the old stuff being thrown out, it has become quite easy to make extensions (using a new, unified framework), components and modules. The use of Bootstrap and jQuery also means that more developers can just jump in and start building things right away, without sifting through pages of obscure documentation.

Still, Joomla does not have the same developer base as WordPress, and anything that needs to be customized will be more expensive. This could change in time, but for now, WordPress is a better choice if you plan on changing what’s under the hood.

SEO is an essential part of most websites life – without traffic flowing in from search engines and social networks, there’s no point to them. WordPress has always been SEO friendly, and you get extensive control over all the options using a free plugin. [23 Best Web Analytics Tools]

Pre-3.0 Joomla was an SEO nightmare, but things have taken a turn for the better since then. Friendly URLs are an option out of the box, and there are several plugins that will let you further customize how your website looks to search engines and humans alike. 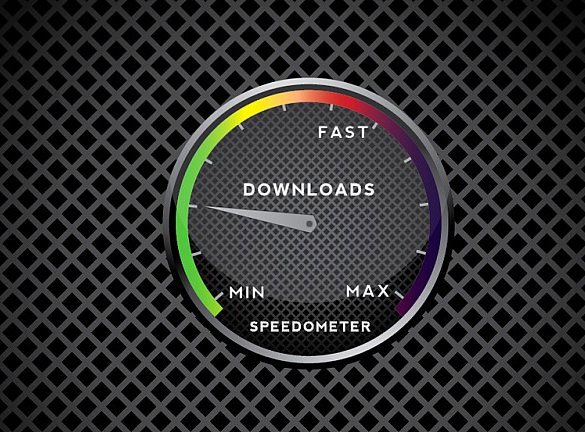 Loading speed is an important factor when it comes to search engine rankings, and resource usage is important on the back end – you don’t want a slow loading website that consumes a lot of RAM and CPU cycles at the same time.

WordPress is very lean out of the box – it loads fast and uses very little processor time and RAM. It is database-driven, which may slow it down over time. Thankfully, there’s plenty of caching plugins that can speed it up and make it Reddit-proof in no time. You can do database and object caching, as well as full static page generation and JS/CSS concatenation for maximum speed and minimum resource usage.

Joomla 3.x has improved things, but the CMS is still rather resource hungry and it loads slower than WordPress unless you do something about it. You’ll need to pay more attention to how the templates and extensions/modules handle themselves, and use a caching extension to make everything faster. Joomla 3.x is quite light on RAM and CPU usage – it’s almost as good as WordPress, so no major issues there. [Most Popular Joomla Extensions ]

Both WordPress and Joomla are excellent content management systems, but while both would do a great job getting a website from zero to popular hero, I believe that WordPress is the better choice overall, by a small margin.

With WordPress, you get a fast, reliable CMS that has all the functionality you may need and can be extended pretty much indefinitely. It’s easier to get up and running with, and still more effective and cheaper in the long run, as you add features and further customize everything. SEO and mobile friendly, easy to integrate with any services and use as a marketing/lead acquisition platform, it is the perfect middle ground in most areas.

Joomla is also a rather good choice, but you need to be able to handle the initial learning curve, as well as the uncertainty of whether extensions/modules/components will be available or work with your version. Unless you’re a good developer yourself, WordPress makes a more compelling argument for choosing it over the competition.