The real estate transactions are consisted of multiple moving parts. At times, when the financing gets involved, the parts do not come altogether in order to get to a settlement table on the accurate time. The lodger agreement templates denotes that the lodger will allow for co-occupying Premises with landlords for using the rooms. 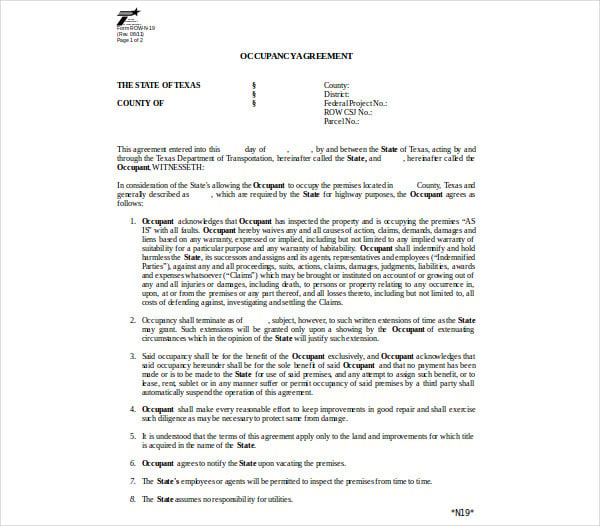 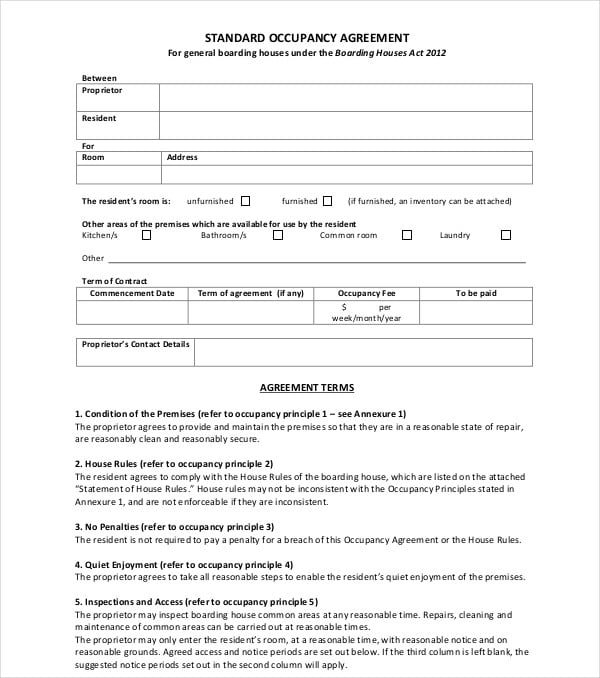 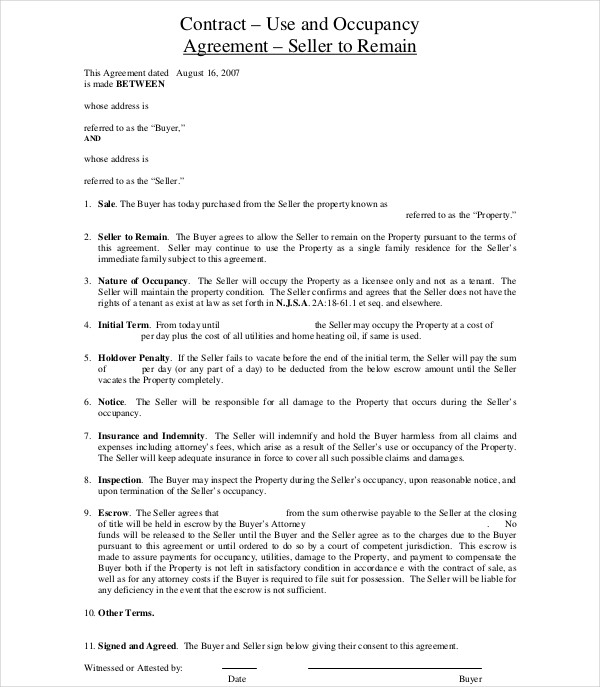 In regards to the notice, the property owner has to have some reasonable grounds in order to believe that the property has been abandoned. According to the rental lease agreement templates, a use of Occupancy Agreement refers to the U&O which happens to be a temporary agreement between the seller and the buyers. This gives one party the allowance to utilize the respective property for a period of time. The agreement isn’t similar to what a lease is. It becomes best to have a lawyer’s word that can explain the differences between the two. As a matter of fact, they aren’t granted the tenant’s rights.

The key points in the occupancy agreement can vary depending on the accommodation type. In certain circumstances, the restrictions might be ‘null’. However, you should always be sure that you have already thought about the issues in the first place. Nevertheless, for the participation agreement templates, you can keep certain things in mind. Some of them include the time duration, how much the rent is, how much the deposit is required, and more. Evidently, make sure that you know who is responsible for the maintenance, repairs, or cleaning. The tenant or someone visiting the tenant’s house must never create any harassment or ill behave with any other people out there. 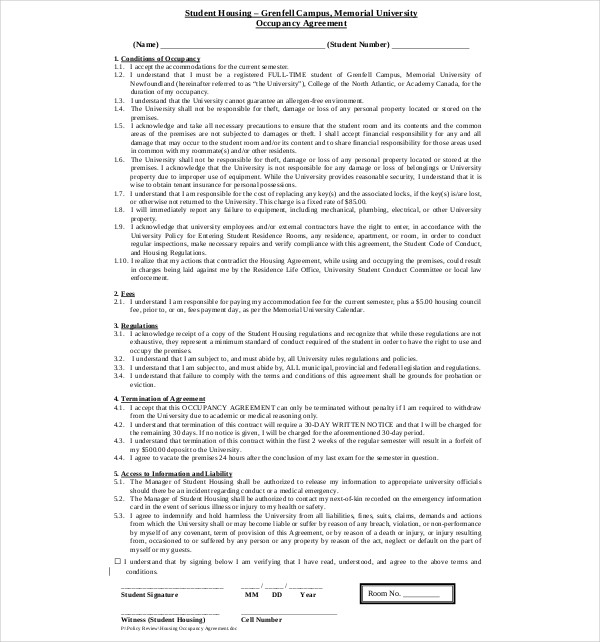 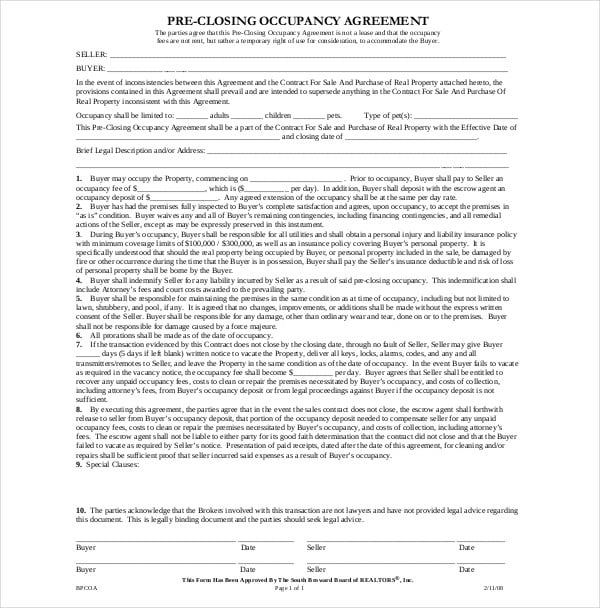 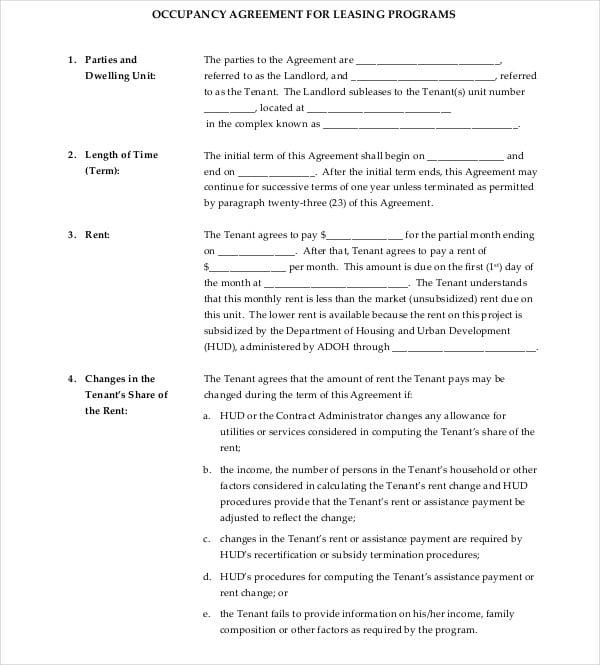 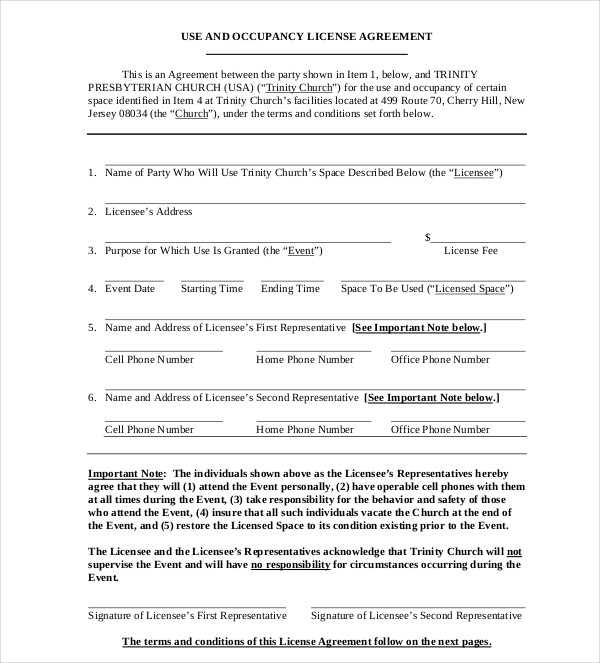 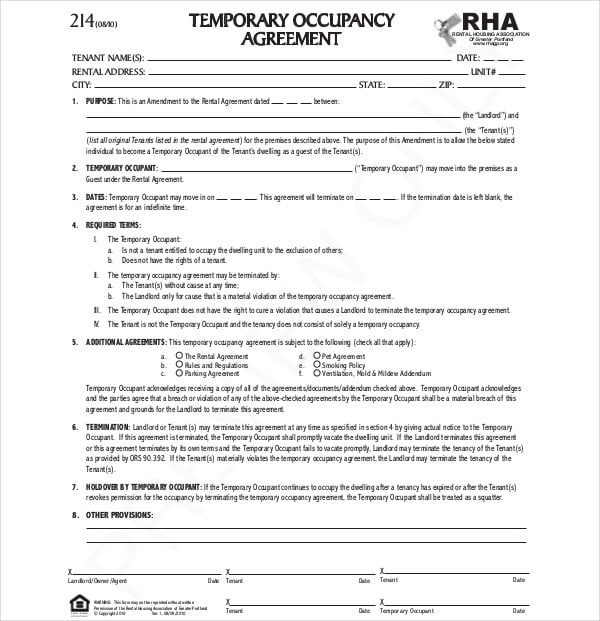 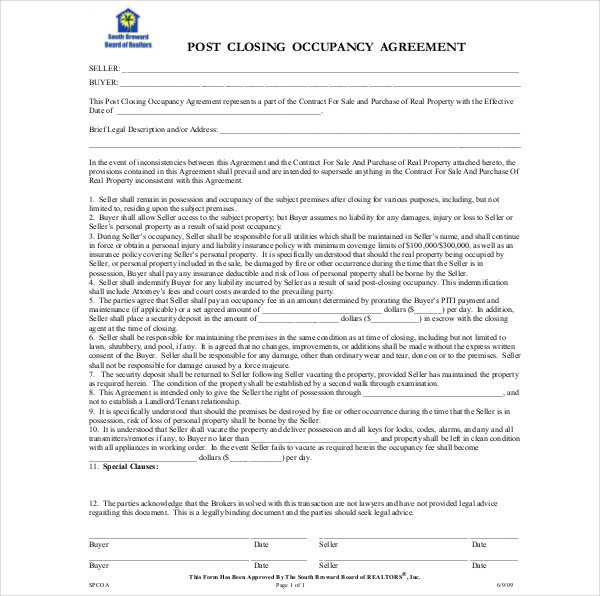 According to house lease agreement templates, the seller is the owner during any pre-settlement occupancy. However, the seller remains no longer that occupant of the house and the homeowner’s policy might not cover the property during the period of pre-settlement occupancy of the purchaser. It becomes essential to make sure that both the sellers as well as buyers know the proper types and the liability insurance policy during their occupancy. When the purchaser allows the seller in occupying the property upon settlement, the purchaser becomes the owner. Each party should make sure that the insurance policies offer proper coverage for statuses both after and before the settlement.

According to the sample apartment rental agreement, in case the seller stays in the respective property upon closing, the Temporary Occupancy Agreement must be included. In such a scenario, buyers can ask for compensations for the use of their properties. The deposits can be used by the buyers in paying any damages occurred to the property during the temporary occupancy agreement. Sellers will have to agree to transfer that property in a better or same condition to the buyer. Sellers will be held responsible in case of any damage occurrence. However, they are not responsible for catastrophic damages such as fire, act of God, and more.