Two phrases. Two, short, powerful phrases that gave more advice and held more weight and meaning than so many self-help books put together, resonating more than ten years since the world’s most famous creative genius delivered his commencement speech at Stanford University in June 2005. The late Steve Jobs remains to be one of the world’s most quoted public figures because people always want to listen to what “the man who thought different”  had to say, be it on his Apple presentations, conferences or for that rare occasion he agreed to give a speech for Stanford University’s graduates. To date, that speech has more than 25 million views on YouTube and about 8 million in TED’s website, and rightfully so. 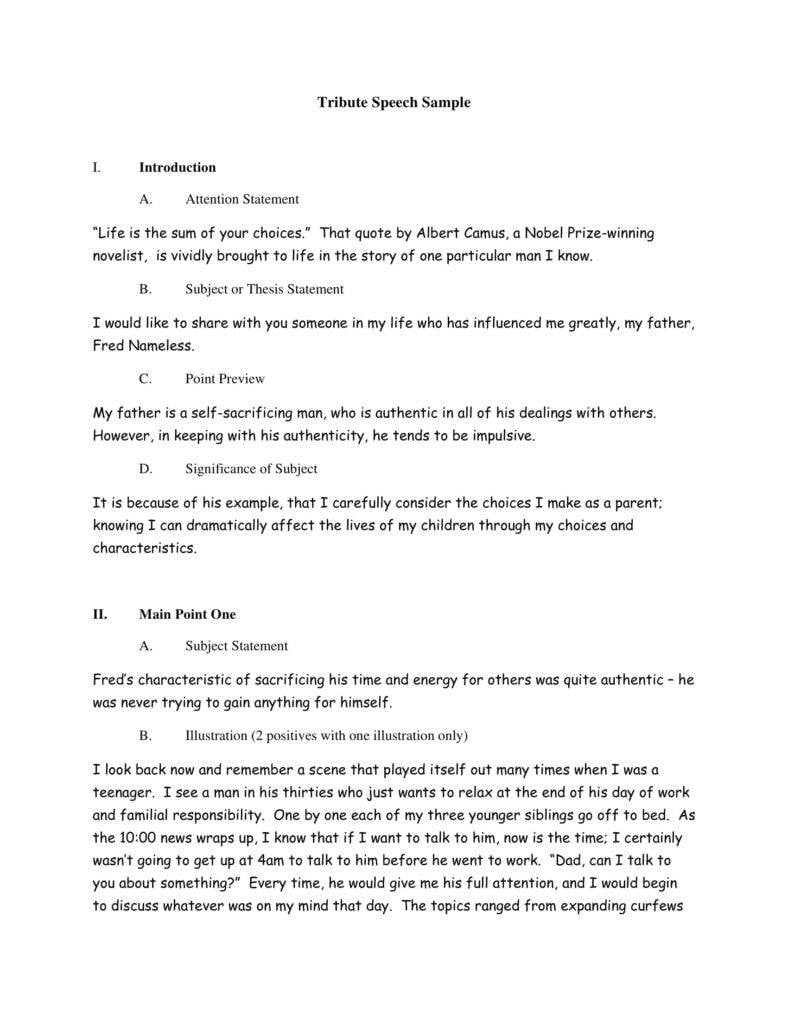 It wasn’t just because it was Steve Jobs who gave the speech, that makes it still relevant, repeatedly listened to, and watched by millions of people around the world. It also had a lot to do with it being a testimony of failures and successes and following what your heart tells you to do and never settling until you find what you love to do. “You have to trust in something; your gut, destiny, life, karma, whatever, because believing that the dots will connect down the road, will give you the confidence to follow your heart, even when it leads you off the well-worn path. That will make all the difference.” It was about validation of evident challenges that the audience will soon face and it was about life itself.

Simple facts and experience as a rightful example, made more real and believable by writing from the heart connects deeply with the crowd. Those are what powerful speeches are made of and that’s how it should be, especially because commemorative speeches are more than just about paying tribute, giving honor, or paying respect. They are most of all, about giving hope and leaving an audience motivated. This is why speeches at events, especially the ones given at commencement exercises make up the most of what people remember about the celebration or event. 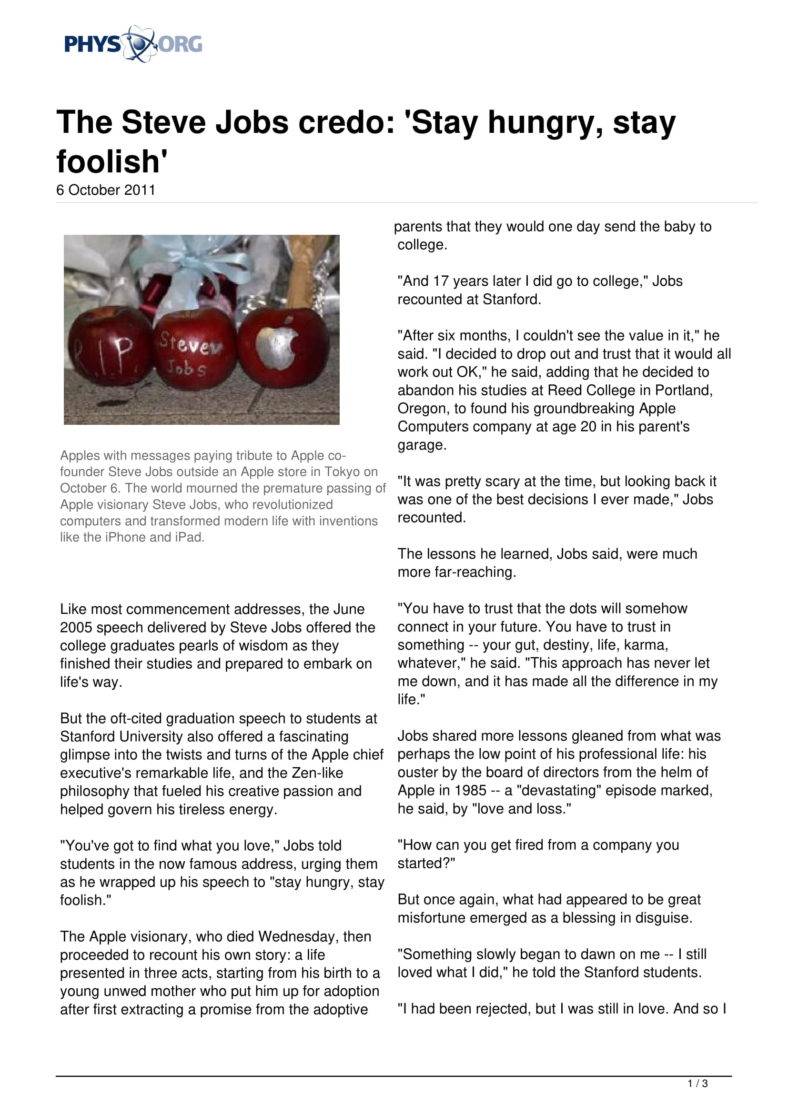 It’s only right to give them something worth remembering. How do public figures do it? You don’t have to be as famous as a celebrity, a business tycoon or a best selling author to make a speech worthy of being quoted long after you have given it. The speech meant a lot to Steve Jobs. He probably had a draft, an outline, if you will, deleted so many things, included a few, finalized and reviewed it, until he decided it was good enough. According to his wife, he had spent so much time practicing it, saying the words he had written out loud around the house, from the living room to the dinner table, taking advantage of what audience he had, in the presence of his family.

So you thought it wasn’t possible for a man as visionary as Steve Jobs to have the need for practice? Or a commemorative speech outline? You thought wrong. Even though people like him are in the public eye, they are not immune of getting nervous and being afraid not to make an impact. If you cannot move an audience into agreement with your message, into being inspired and being hopeful, into believing, then you would have failed as a commemorative speaker, irrespective of who you are. 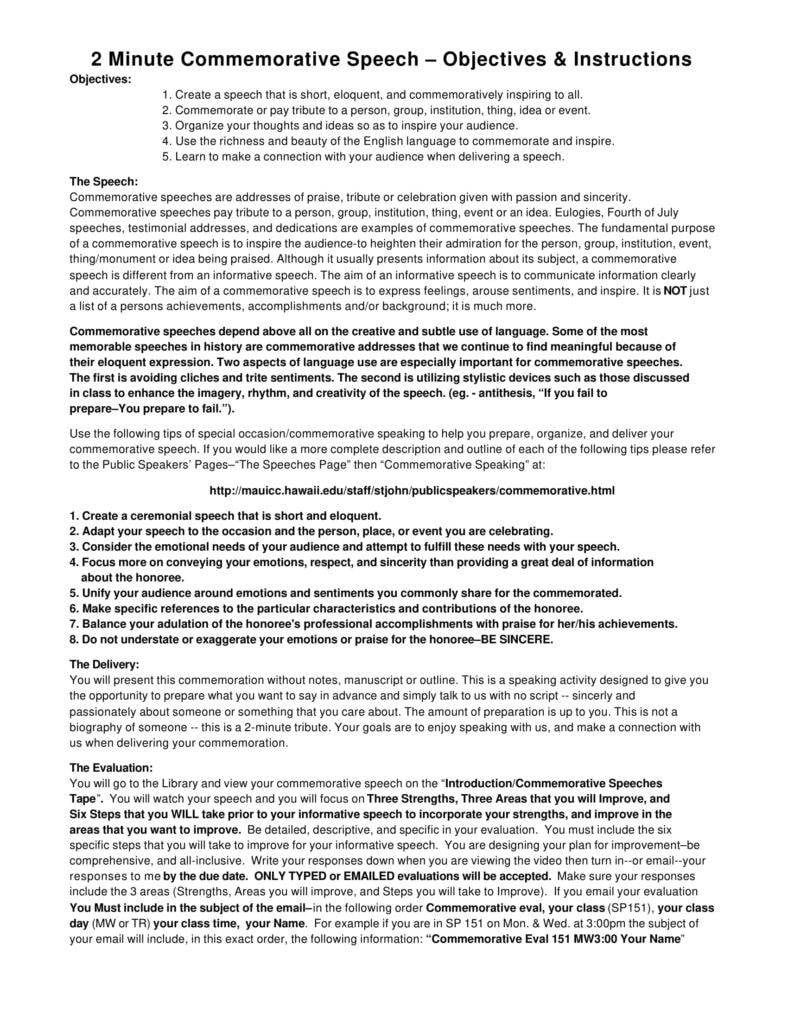 By tradition, a commemorative or ceremonial speech typically contains life advice, words of wisdom, lessons learned, words of remembrance and respect, recognition for a certain celebration or a person, ideas on how to be successful, insights about dealing with the future, and the meaning of life. Too melodramatic? Not necessarily. Unless you are writing the speech for a eulogy at a funeral, you do not really need a sob story just to make it meaningful. Because commemorative speeches are usually given at graduation ceremonies (commencement speech), a funeral (eulogy) and at weddings or similar events (celebratory toast), you need to familiarize yourself with the audience.

For weddings and funerals, it has to be some sort of tribute, respecting and honoring the person being celebrated or being mourned for, without necessarily glorifying him or her to the high heavens because that would be a tad overkill. Define your purpose. The best way to do that is to know who your audience is. Do you want to know a little secret? Steve wasn’t the showman people made him out to be. He never addressed an audience except when he was giving his Mac presentations. The speech he gave at Stanford was a first. You don’t have to be a pro at public speaking to nail a commemorative speech. You just have to prepare yourself by writing what it is you really want to tell an audience. 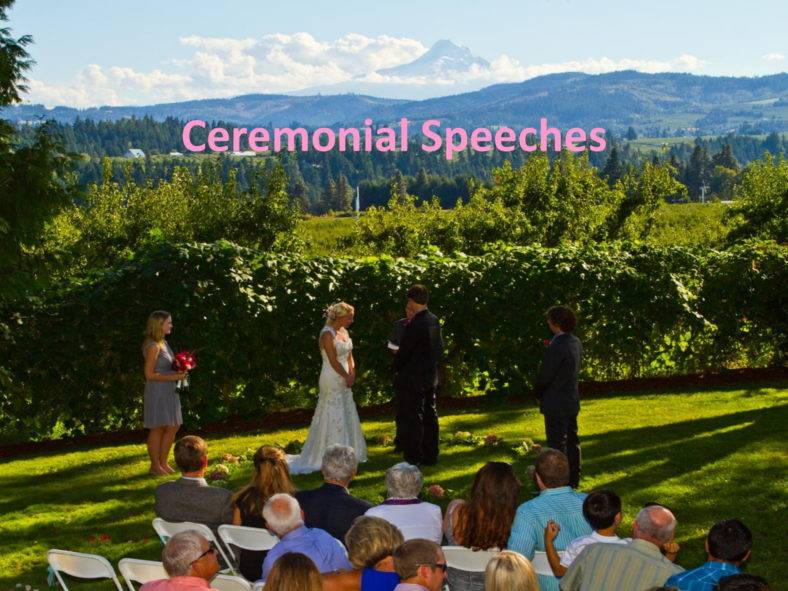 And, what you have to tell them doesn’t have to be so eloquent and formal to give Obama a run for his money. Do you want to know another secret? Steve Jobs used simple language. No big words needed to make a massive impact. He just made it real. Do the same. Make it as real as it gets. You will want to give a crowd something they will be able to relate to and evoke a feeling of empathy without faking it. Write an outline that gives credit to your experience as a person. You were chosen to speak for a reason. Use that reason to your advantage and prove why you’re the one on the podium and not someone else.

Find a bridge connecting to your audience and use that bridge to write words enough to make them feel you really care about them, about the person, about the celebration. Make it about them, as it is about you. You’re not there to preach. You’re there to inspire, to pay tribute and maybe to represent the audience’s voice. You can tell them a story by using the rule of three just like Jobs did when he told his life experiences in three parts. Write that down in your outline because that would help you stay on track. You don’t need to tell your whole life story. You only need to share some of the experiences you’ve had that you think would matter to the audience. 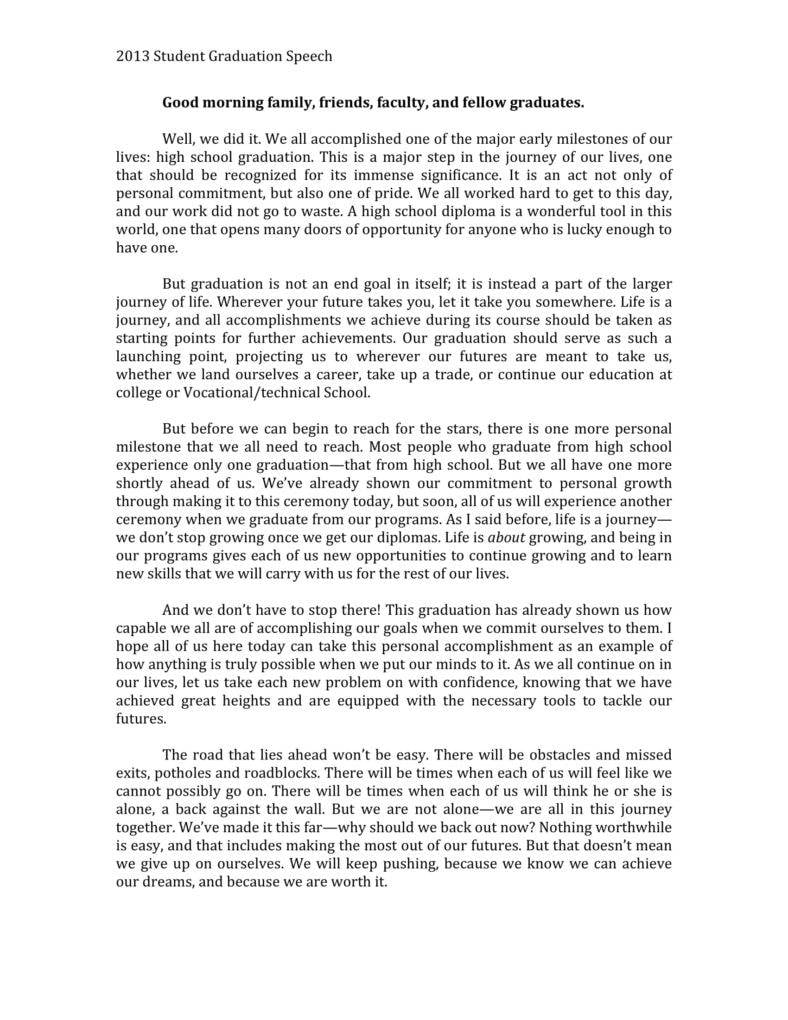 So, here’s the last secret. The Stanford speech was short. It lasted 15 minutes. In fact, a lot of the most powerful speeches in history were delivered in not more than 18 minutes. John F. Kennedy’s inaugural address with the famous “ask not what your country can do for you–ask what you can do for your country,” defined his presidency in 15 minutes and Martin Luther King shook the nation with “I Have a Dream” in just 17 minutes. Yes, it takes minutes to deliver a message littered with wisdom, respect, hope and the most important values one can share, without lulling the audience to boredom.

Pick a theme that everyone in the audience who seeks answers can connect with. It shouldn’t be difficult because themes in commemorative speeches are usually general. Topic about life, its meaning, success, dreams, change, etc. Personalize the speech. Tell your story. Use the power of stories to make the message stick. Speeches like this are all about values and the best way to demonstrate them is through telling your own stories and sharing what you have learned from them. It neither needs to be a sob story or a success story. It needs to be something in between to keep it real. 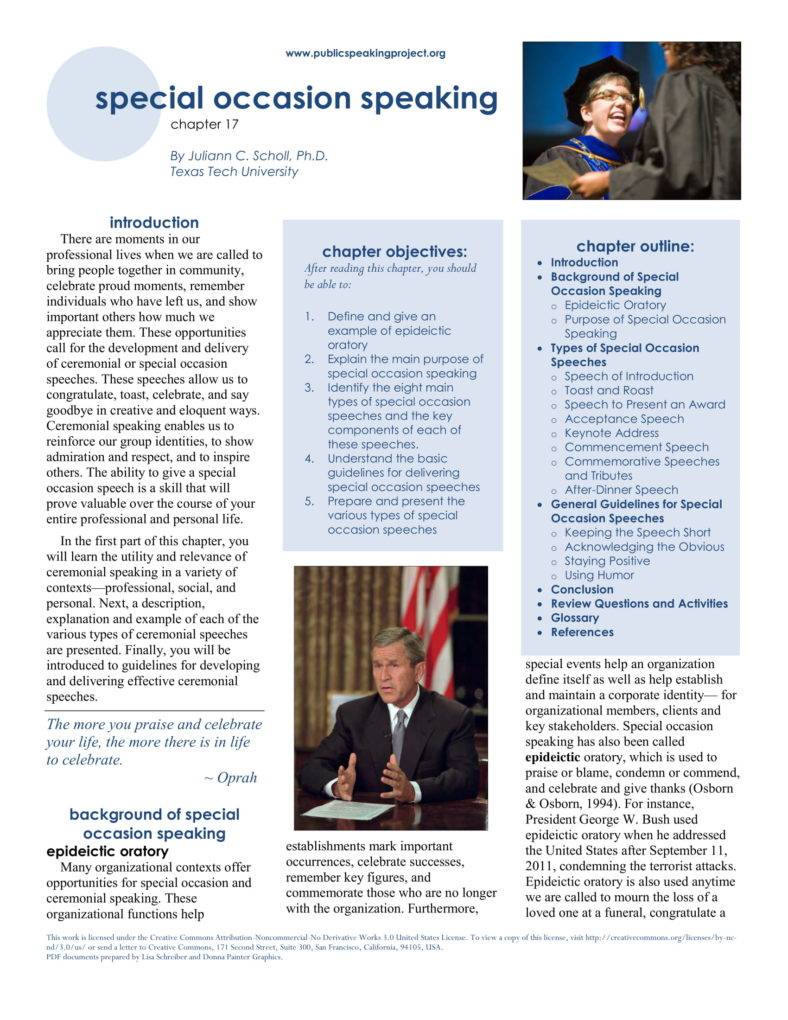 Avoid cliches for they hold no conviction. Trust your ability to come up with words that would fit beautifully to the message you want to enforce. Cliches are also risks for exaggeration. Let the actions of the person, experience, place or event speak about the reason they are being spoken of. Don’t lose the audience in bouts of exaggeration you can really do without. A speech doesn’t have to be so dramatic to be effective.

Write the outline with an intention to use it for organizing the structure of your speech. There are no actual rules for the format, just as long as you have an introduction, a body and a conclusion to make it complete. Remember the power of repetition. Use short phrases or sentences and use them again to make a point. Repetition is a good way to drive your points home. Write for the audience, write to talk. The thing about speeches is that they aren’t the same as writing compositions that would remain to be written.

Leave the audience wistful by ending the speech with a punch. Steve Jobs and his larger than life persona had the power to place an audience where he wanted them. He could have made it casual and chances are, they wouldn’t have minded so much. But he went, made and delivered a speech with words as utterly simple but were so beautifully put together, that they became important life lessons for many people. And it made a difference because he meant it. And that’s what you have to do while writing your speech.