Awards are a way to appreciate a person’s skills and talents. These also prove to be an encouragement for other people to follow suit and prove their mettle. No wonder, awards are such an important part of today’s world. Business organizations to governmental agencies and educational institutions, all give away awards as a mark of recognition and with an idea of encouraging constructive development.

However, writing an award certificate is no child’s play. Thanks to award templates, this has surely become easier as this comprises of all the essential segments. So, the user just has to enter the required details. 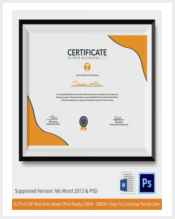 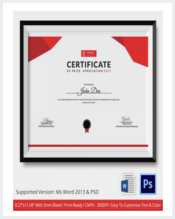 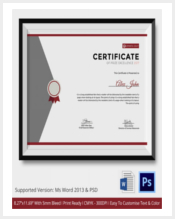 An award certificate should elaborate on the achievements and strengths of the person for which he has been given the award. This should be done in a concise yet precise manner. An award certificate template comprises of such a message with the essential segments in place, thus making it easier for the user to design a unique award certificate. (25+ Award Certificate Templates) 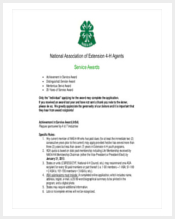 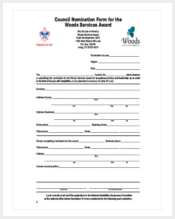 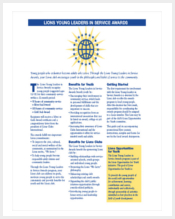 Many organizations and institutions give away awards to their employees for the service rendered by them over a period of time. A service award template gives the concerned authority an idea of the right way to announce this appreciation. When using this template, the user just needs to add in the details of the award winner and the reason for which he has been given the award. (10+ Service Award Templates) 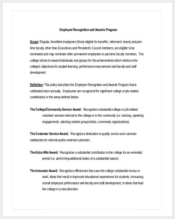 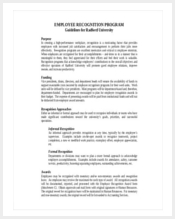 Business organizations often announce an award to recognize the efforts and performance of their employees over a given period of time. This actually encourages the employees to work harder and perform better. By using an employee recognition award template, the organization can easily design a perfect award certificate within minutes. (9+ Employee Recognition Awards Templates)

How to Create an Award Certificate?

An award certificate is a document that would be cherished by the winner for a long time to come. Thus this should be designed with a lot of care and thought. The structure of the certificate should be elegant and attractive without being too flamboyant.

Designing an award certificate can be a daunting task as you need to be careful of the tone of the content as well as the details that you will be including in it. However, thanks to the award certificate examples this can actually become quite simple. These examples have been designed by experts and follow a predefined format that is recognized by all. Using this template, you can easily create a unique award certificate. The best part is that you can customize it as per your needs. 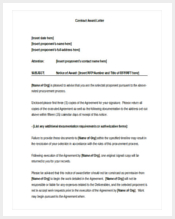 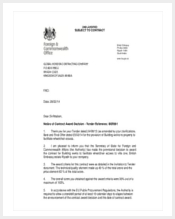 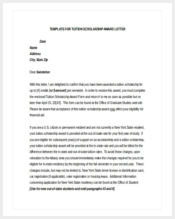 An award announcement should be accompanied with an award letter that is addressed to the award winner. This letter elaborates on the achievements of the person and the award that he would be receiving. In case, writing such a letter seems to be a task, the user can get some help by taking a look at the award letter template. The user can make changes to the existing content and format as per his requirements. (11+ Award Letter Templates)

How to Structure Awards for Success?

You just can’t give away awards without any thought. In fact, this would lead to the missing of the whole point of an award. Thus if you really need people to work hard and cherish the awards, you need to structure them with a lot of thought.

Awards need not always be materialistically and monetarily inclined. In fact, people should work for these awards not with greed in their mind but with an aim to prove their mettle in a positive way. This is one of the reasons why many organizations prefer word awards over the monetary rewards.

These awards offer the winners with certificates that toot toots about their achievements and contribution rather than offering them money. Word award templates can come in handy in designing such certificates that coin the content in an attractive fashion. 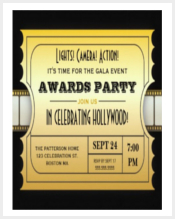 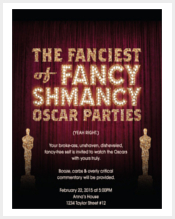 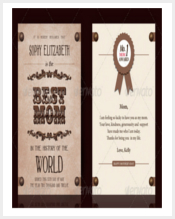 Announcing awards and organizing an award function is one thing. However, inviting people to attend the ceremony is a totally different ball game. To ensure that more number of people attend the function the organizers should design attractive and informative invitations. Award invitation templates give the user an idea of the right way to design these. Designed by experts, these templates look extremely professional and can be easily customized. (15+ Award Invitation Templates) 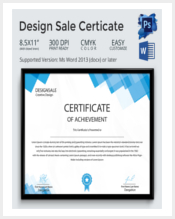 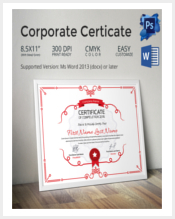 When a person achieves something outstanding, he is often awarded an achievement award to celebrate his victory and encourage him and the others to aim for higher goals. In such a scenario, an encouraging award certificate can really work wonders. Using the achievement award template makes it easier for the award giver to design such a certificate. (12+ Achievement Award Templates) 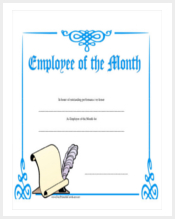 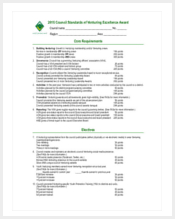 Many times people are given awards for displaying extraordinary excellence in their field. This award can be given to students, employees or the citizens of a country. An excellence award template comes in handy to design a certificate that elaborates on this excellence in a precise yet concise manner. (9+ Excellence Award Templates) 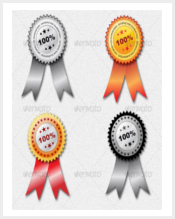 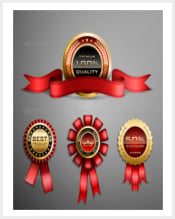 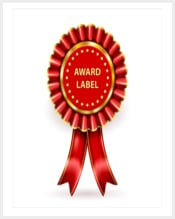 Sometimes instead of offering a certificate, an award is given away in the form of a ribbon which is pinned to the outfit of the award winner. This should have an elegant design and should comprise of the title of the award. A ribbon award template is a predesigned ribbon award which can be further customized by the user as per his requirements. He can change the color combinations or the title. (10+ Award Ribbon Template)

Preparing for End of the Year Award

Most organizations and institutions announce the end of the year awards to recognize the efforts and performances of their patrons throughout the year. However, preparing for these awards is a year long process. First, the award-givers have to think of the various awards that should be announced. For this, they may have to take into consideration a lot of aspects that govern these functions.

They may have to announce awards under various categories to do justice to each function or skill. Then they need to keep an eye on each and every person who is in the running for these awards. They will have to record all the data in an orderly fashion. At the end of the year, they will be required to analyze this data in a qualitative as well as quantitative manner and decide on the winners.

Many organizations offer award ribbons instead of the traditional certificates to their winners. These award ribbons work just as fine and are actually more attractive than the certificates. Using award ribbon templates makes it easier for the organizers to design these in an attractive yet professional manner. They can also customize these as per their needs.

Need help to design award certificates and ribbons? Go ahead and get some cue from these award templates. These have been designed by experts and look extremely chic and professional. You can easily download these and then customize them as per your needs.