Keeping records for an organization can take different forms, one of which is maintaining minutes for different meetings. You can use free minutes meeting templates that can make it easier to do the task, though. These kinds of tools would be excellent at helping you sum up the most important points of the effective meeting. Of course, it would still help to have some idea on how to use these tools to the fullest.

With that in mind, there are some tips for recording meetings that you might want to use for yourself. These insights could very well make your work considerably easier considering that you can apply them to any meeting minutes you ever have to make. The information on this page can also serve as reminders of how to make your minutes so that they are done properly. 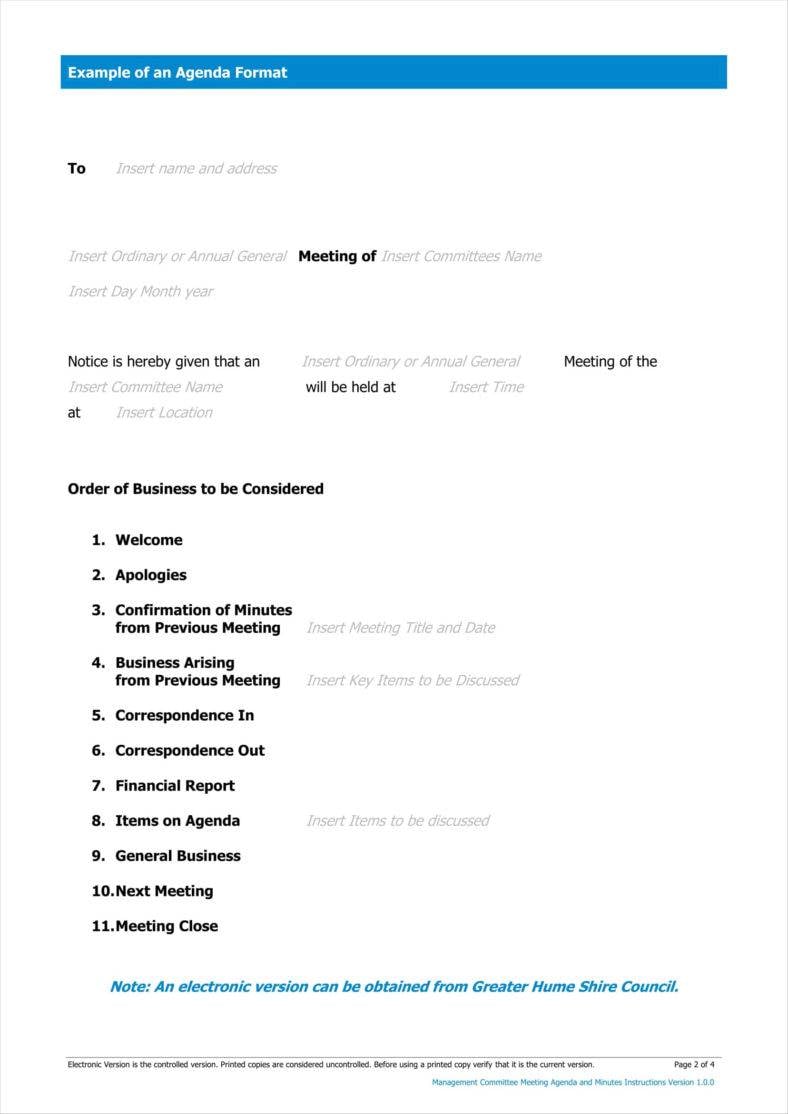 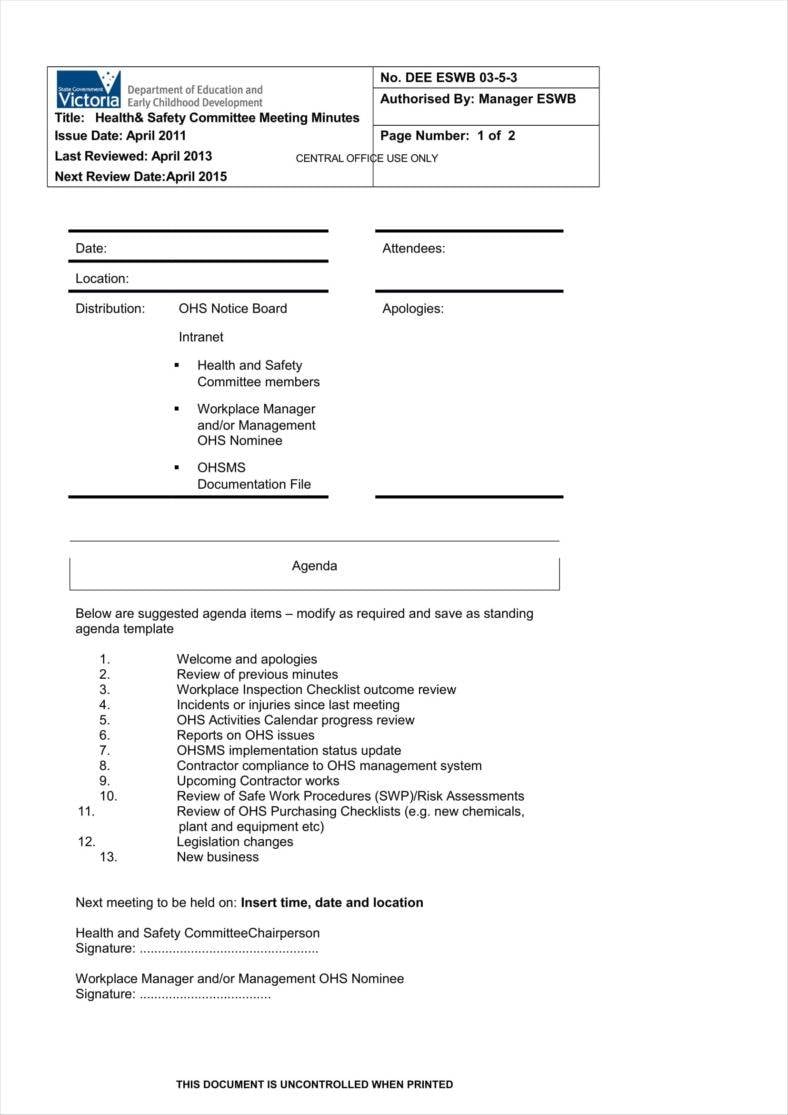 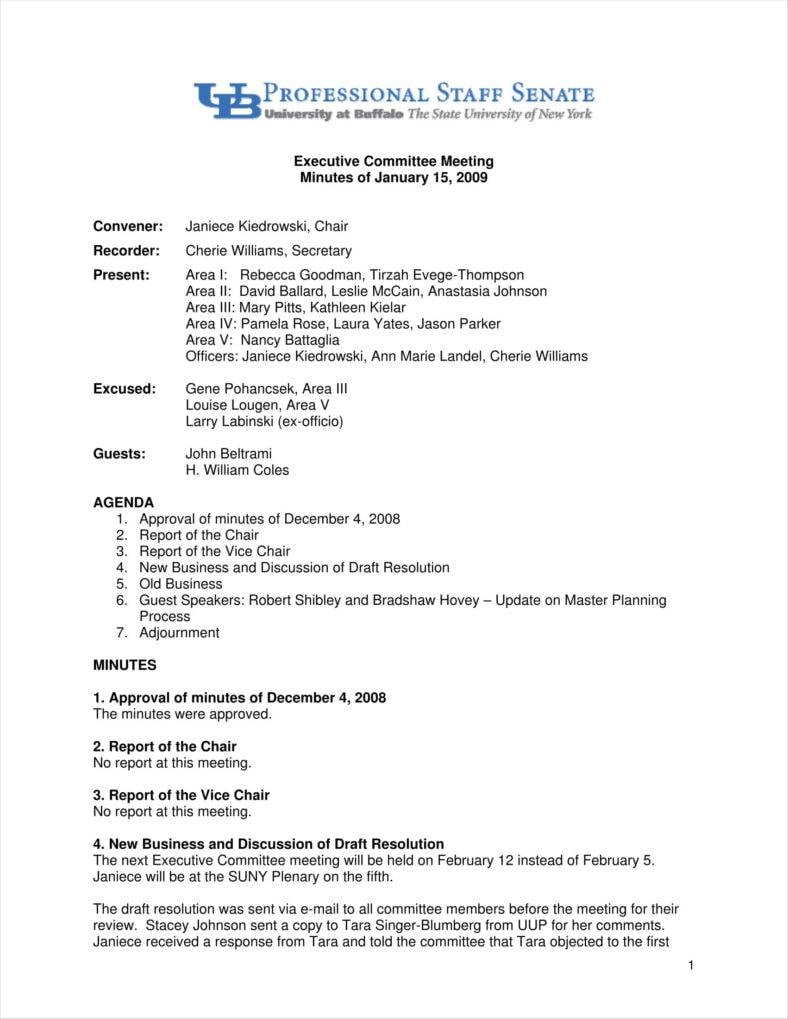 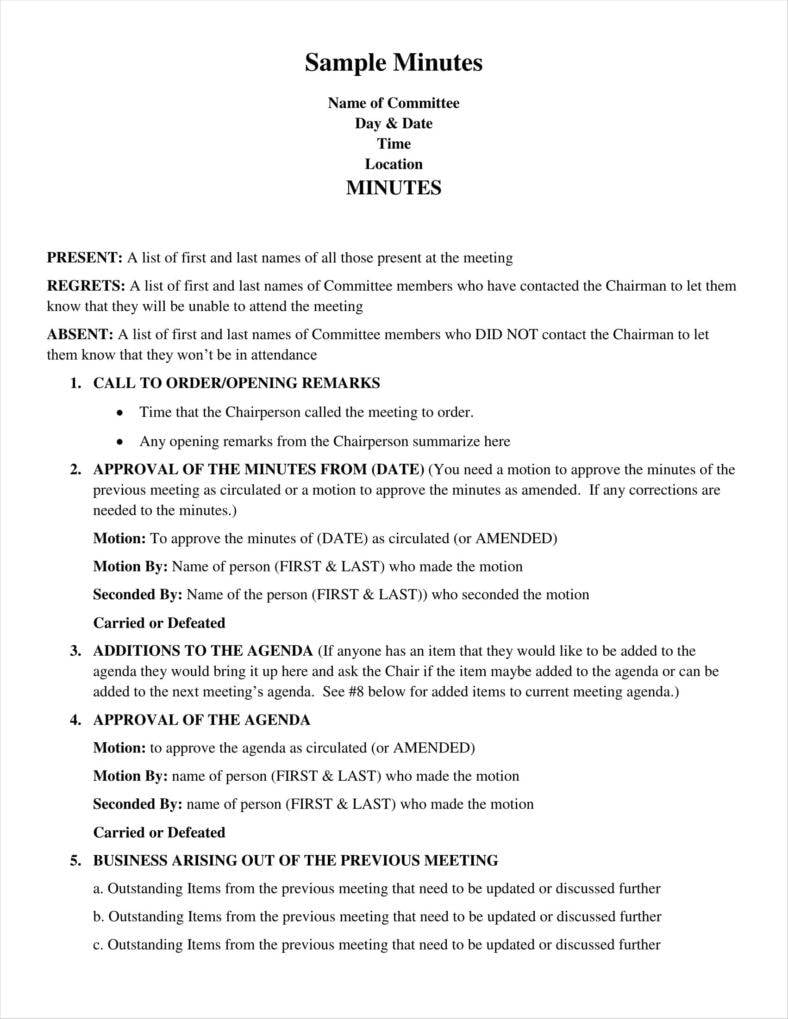 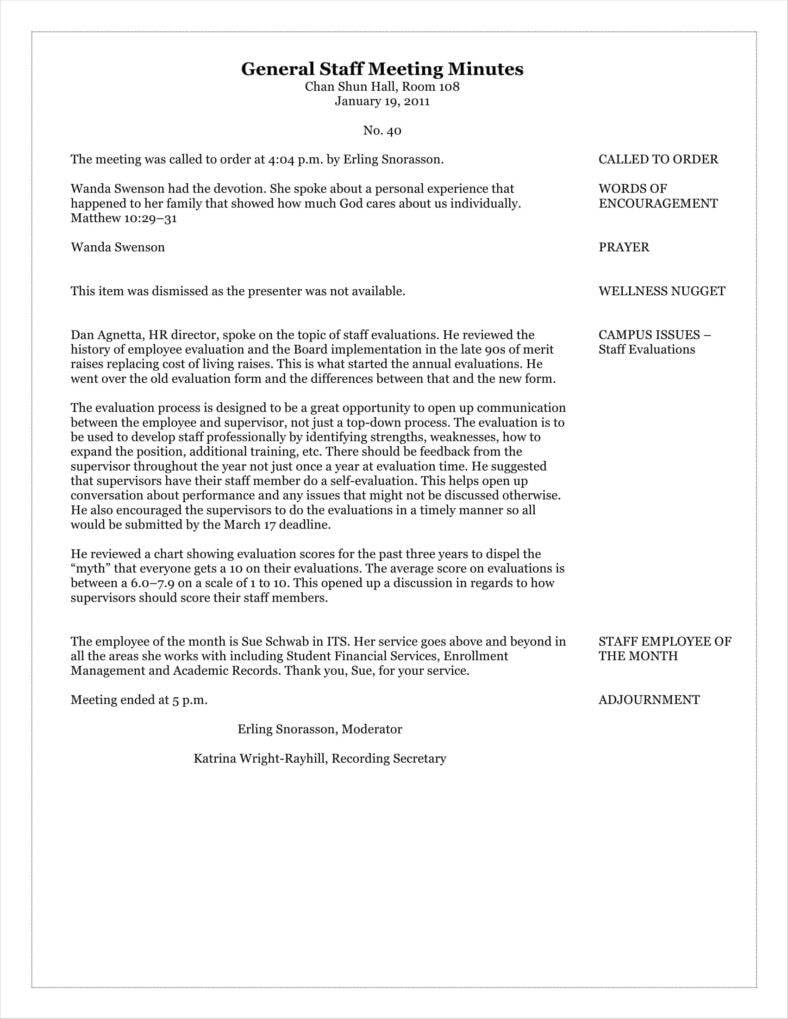 What to include in a meeting summary

One thing to remember when using any meeting minutes templates is what to include in them so that they can do their jobs properly. This is vital advice for any kind of document as you would always need to consider what elements your document needs. In the case of a meeting summary, these components would have to be present in order for the summary report to convey everything it has to complete.

The first thing to include in any kind of document templates is the title, which can serve as a clue on what the meeting is about. The title may have to do with some greater concept, such as if the meeting has to do with a project. As with other kinds of documents, it is vital that you start with the title so that you have a way of introducing your concept, particularly if your meeting summary is meant to be read by personnel who need a quick rundown of the contents of the meeting. This would make your title one more part that could help executives and other personnel processes your summary more easily. Further, your title could be used to make sure that your summary can make a positive impression from the beginning since it would be the first thing your readers would see in the summary.

Address, time, and date of meeting

In a way, your meeting summary is meant to serve as a record of a meeting, if only so that it can summarize what occurred during the meeting proper. As such, it is only right that your summary includes the date and address of the meeting in addition to the specific times the meeting began and ended. This is true of any kind of minutes of a meeting, annual meeting minutes being one example. Including the address can serve to confirm where the meeting took place, which would be particularly important in the case of official meetings, such as in the case of corporate meetings. The date and time should also be included so as to give yourself a record of when the meeting took place, right down to the exact time. Having the date and time listed can also place the meeting in a specific time, especially if the meeting is for a project.

It is also necessary to include the names of all the personnel who attended the meeting so that you can add the names to the summary. This is an integral element of the summary precisely because the attendees of the meetings are those responsible for any decisions made. Having the names listed allows your readers to know those responsible for making such decisions in the first place. Other than those who attended, you can also include the names of any guest speakers who attended the meeting. In such cases, it would be necessary for you to list their names so that you could have a full list of all those who participated in the meeting. Besides, it would be polite to include such guest speakers in your sample committee meeting minutes since they did have some part in the meeting.

Names of those absent and excused

In every kind of meeting, there is a secretary whose task it is to record the minutes and write down what occurred. Your summary needs to take note of whoever recorded the meeting so that you can be sure of who took down that information. This also ensures that you have a very concrete idea of who recorded the results of the meeting so that someone can be held accountable for writing down what happened. More pragmatically, if you need to have something clarified concerning the records, the recorder should be more easy to locate so that you can clear up what happened and amend the summary of the meeting.

Your meeting summary would not be complete without an agenda summarizing all the points taken up. The agenda may not be meant to provide a complete summary of all that occurred during the meeting, but it can provide a framework for understanding exactly how the meeting turned out. Your corporate meeting minutes would need to include the agenda so that you could list what was taken up during the meeting. It might even be the case that whoever reads your meeting summary would only have the time to go through the agenda, which is another argument for including it in your own summary.

It would also be necessary to include the minutes of your meeting. This would put you in a better position to let your readers know exactly what occurred during the meeting. You can make use of some meeting notes templates to make your minutes all the more detailed. The minutes should focus more on what happened than on what was said, as they are meant to serve as a fairly short summary of what was decided. In the case of executives who might read your summary, this can give them as much information as they can pick up in a fairly short amount of time, which would be perfect for people who have little time to spare. 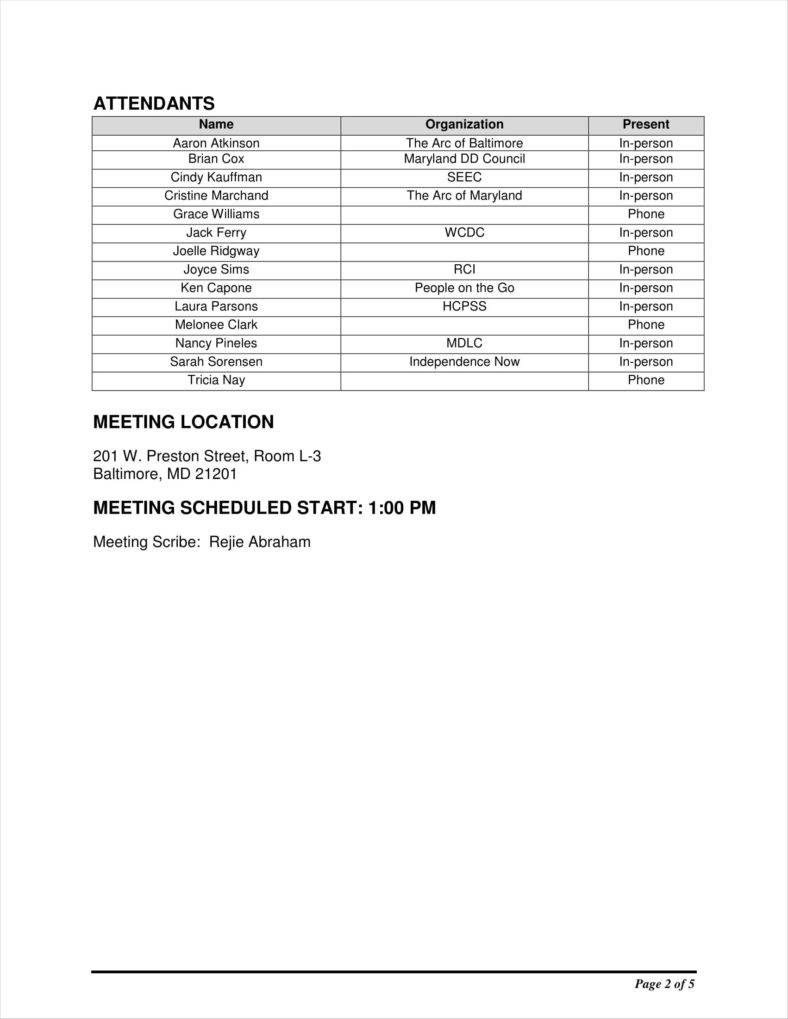 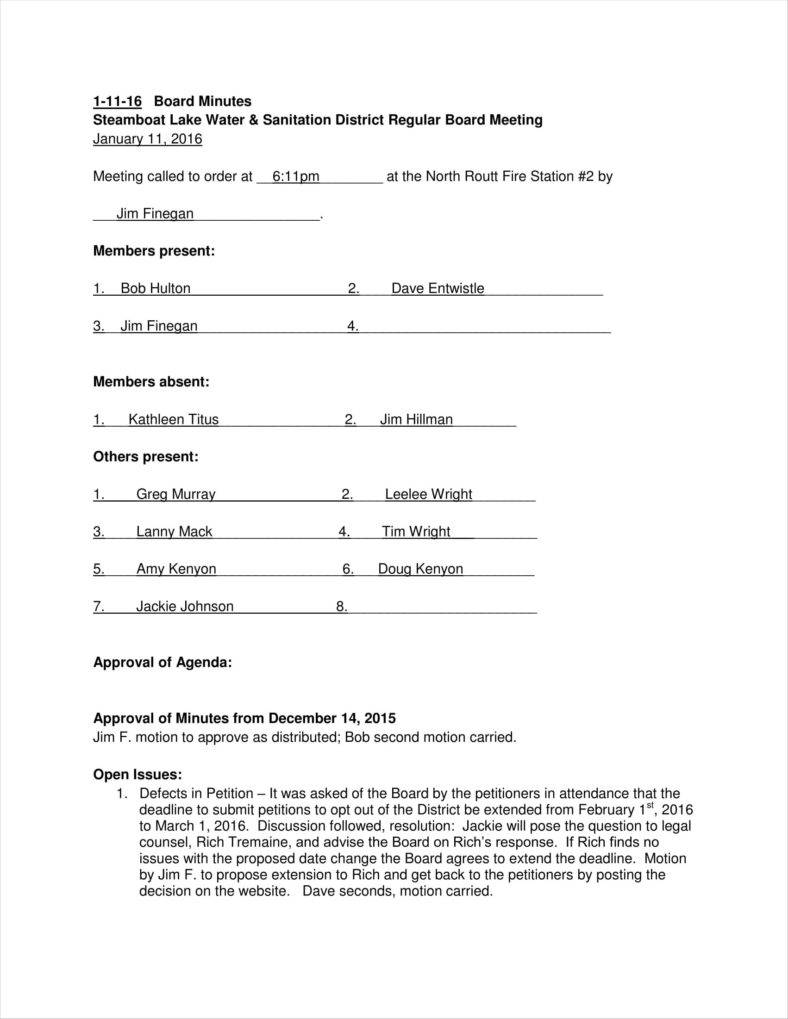 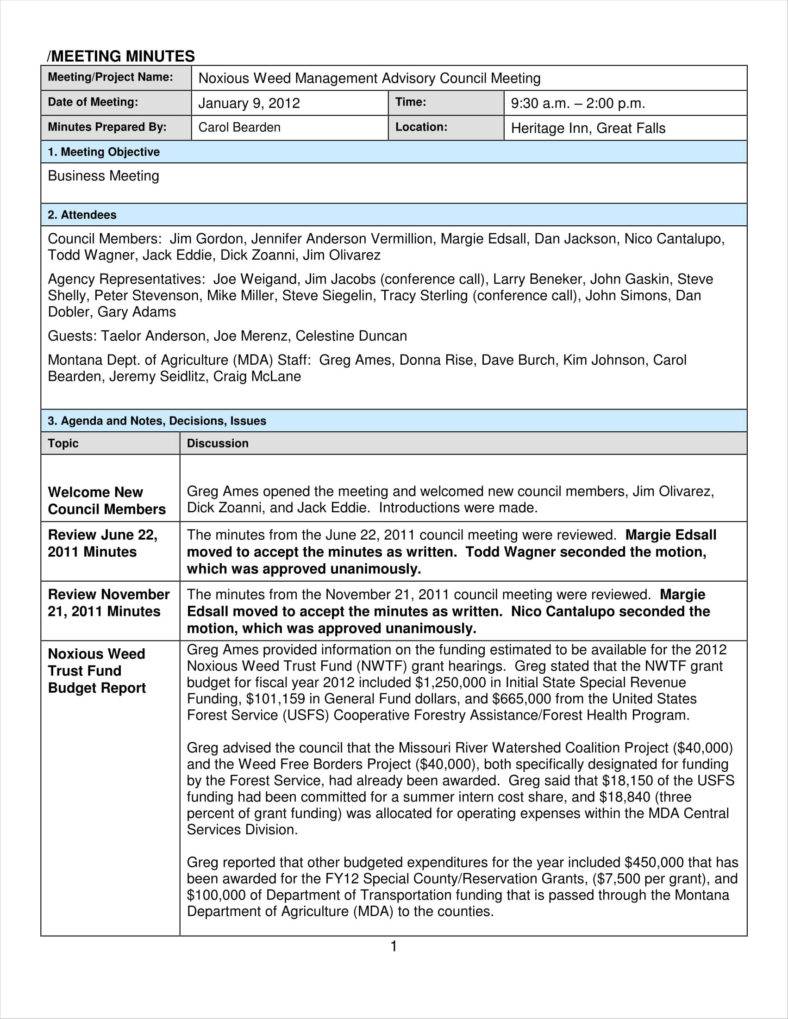 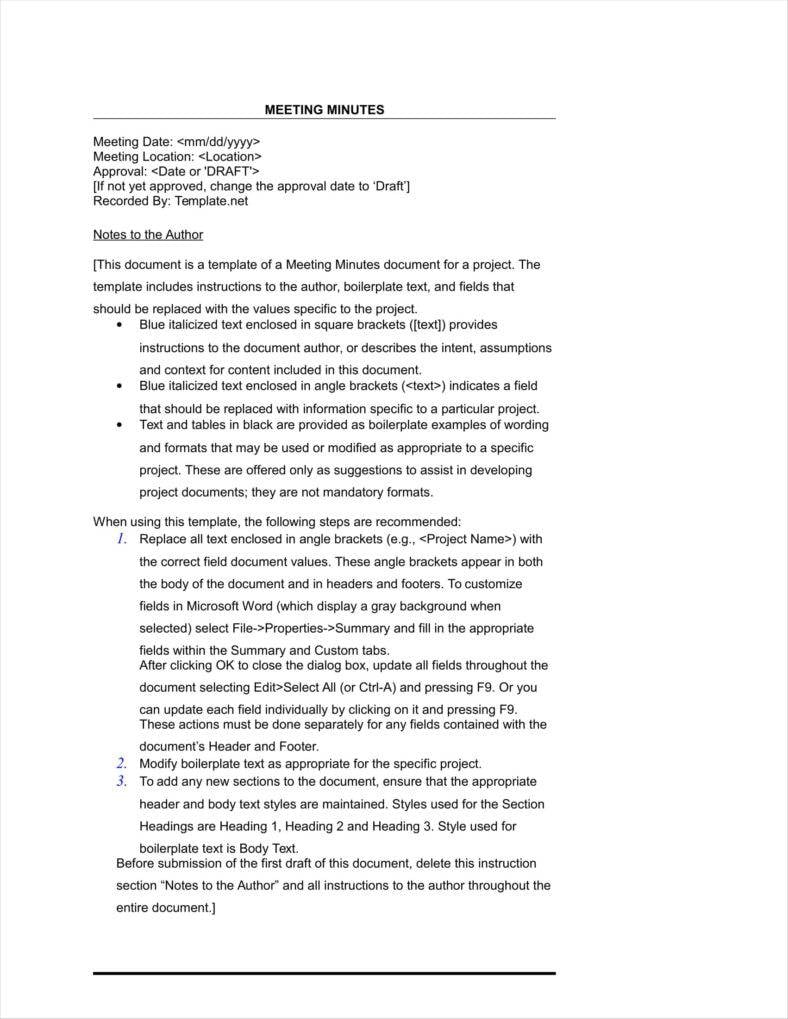 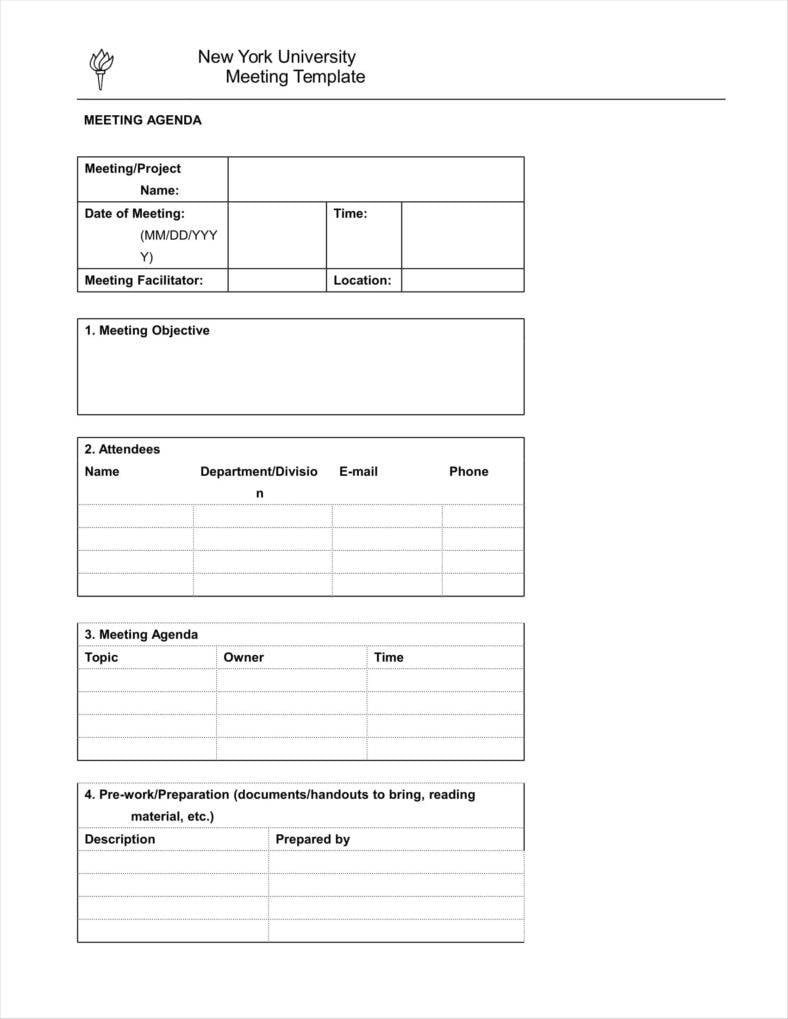 Another thing that could prove useful to you is what functions meeting summaries can have for you. This is precisely the kind of information you can use in order to make certain that you are using such tools properly. After all, this can serve as direct reminders of what such meeting summaries are meant to do for you. With that in mind, it would be possible for you to be more certain that you are using your summaries correctly whenever you have to make any.

Providing records of the meeting

Confirming decisions made during meetings

A meeting summary can serve to back up any decisions made after the meeting. Any actions taken in order to carry out what was decided during the meeting can use the summary to support those actions since the summary would have a record of the decisions having been made during the meeting. After all, the summary can serve as written confirmation that those in attendance made decisions requiring that certain actions should be taken. With that in mind, it should be easy to imagine how you can use your summaries to provide conclusive proof that a meeting decided on how you ought to act. Sample team meeting minutes and other proof should serve to confirm any of those decisions since those decisions would be written in the minutes of the meeting anyway.

Noting who were and were not present

It is vital that meeting summaries be able to list both who were and were not present at the meeting. That those who were in attendance should be included is a given, but it is just as important to list those who were not there. Since the absent members could not attend the meeting, their absence was naturally noticed. This also indicates that those absent members could not have contributed to any decisions being made; hence, they would not actually have anything to do with the decisions as a whole. As such, it might be necessary to have to amend any decisions made in order to take those missing members into account, particularly if there are any objections to what was decided at the meeting checklist.

Providing a summary of the meeting’s most significant points

Of course, a meeting summary is primarily meant to summarize the meeting, so it is natural that it contains the most relevant points about the meeting. You can use sample meeting report templates as a way to summarize the contents of a meeting for the ease of your readers, who might be executives or similar persons. Making use of a meeting summary makes it possible for you to disseminate information about the meeting to your other personnel more easily. If you list the most important elements of the meeting, that makes it easier for all who read the summary to process it fairly quickly, which should help with the task of sharing it with others who might need to know what was decided in the meeting.

Serving as a framework for future operations

That you can use your meeting summaries as records also make it possible for you to use them as a guide for your work later on. Since some meeting summaries like sample project meeting minutes can be concerned with how to carry out projects and other operations, you could easily use your meeting summaries to guide yourself through how to accomplish them. After all, at such meetings, you could address issues and get reports and predictions as to how you expect the project to progress. By using the summary of the meeting, you could have a convenient resource to assist you with the work of carrying out the project such that you can keep the larger picture in mind with more ease.

Hopefully, this should make using a meeting summary more easy for you since you should have a complete idea of how to use them for your own work. Since these would be very necessary tools for the purpose of recording what goes on during meeting minutes, it pays to make the most of what you can find on this page so that you can make the most of these summaries when you need them.