A theater performance is always pleasing to the eyes. From the well-crafted props up to the costumes that are individually designed to fit a certain role that is given to a character, attending a theater performance assures you that a visual feast is ready to be served.

As an art in collaborative form, there are individual factors that need to be put together to create an outstanding theater play. Usually, these plays use theater performers to portray specific jobs and give life to a storyline.

Should you want to apply as a theater performer or artist, you may browse through our résumé samples so you can start creating your own document for an application. 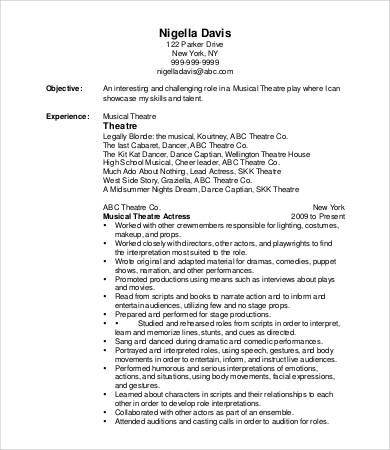 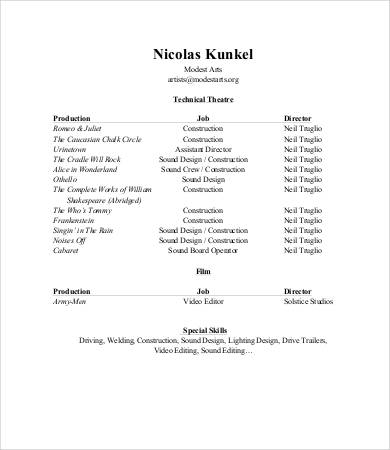 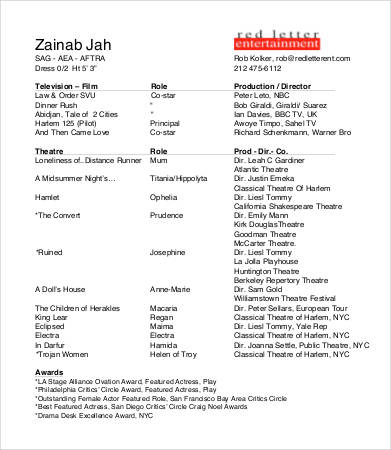 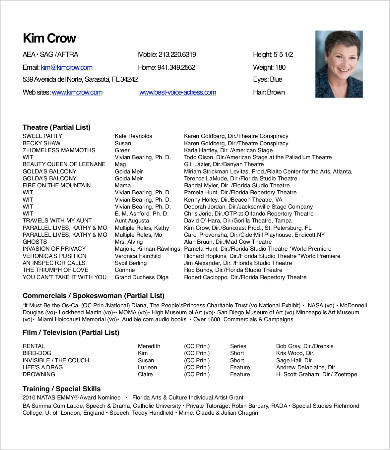 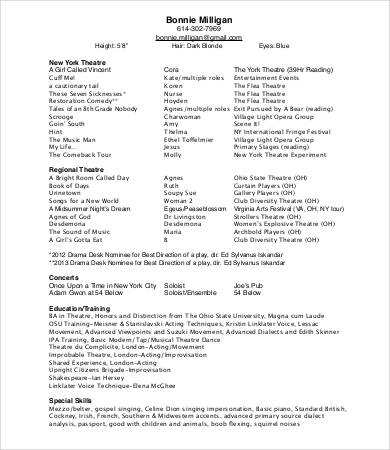 Here we offer some tips as to what a good theater résumé:

If you think that you already have all of these, start applying to more productions for a growth of career. You may take references on our acting résumé template and view an actor résumé example for further information. 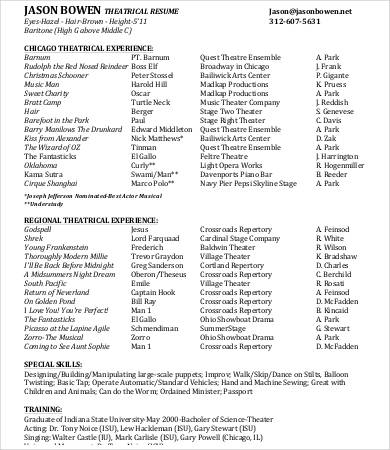 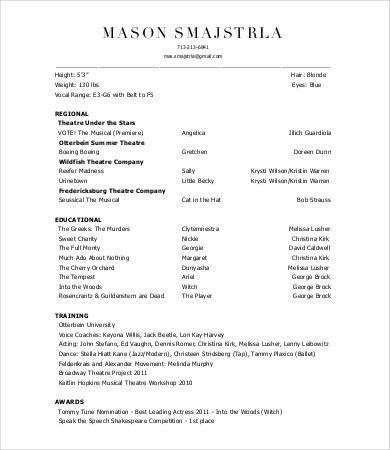 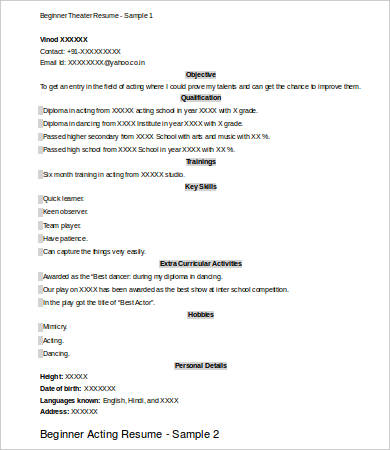 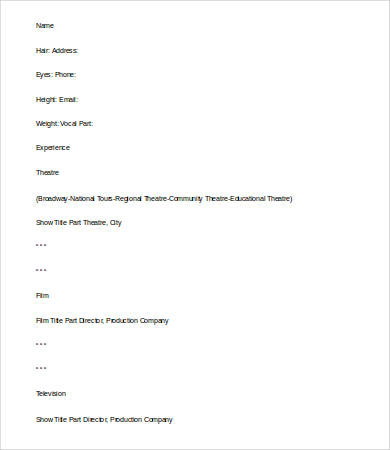 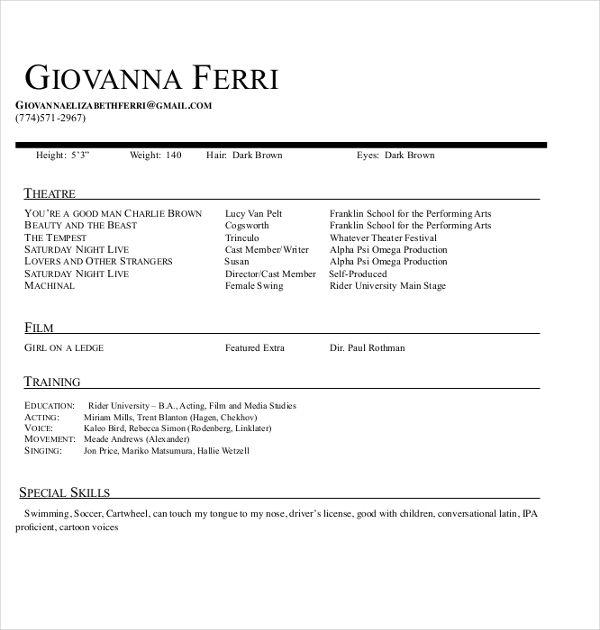 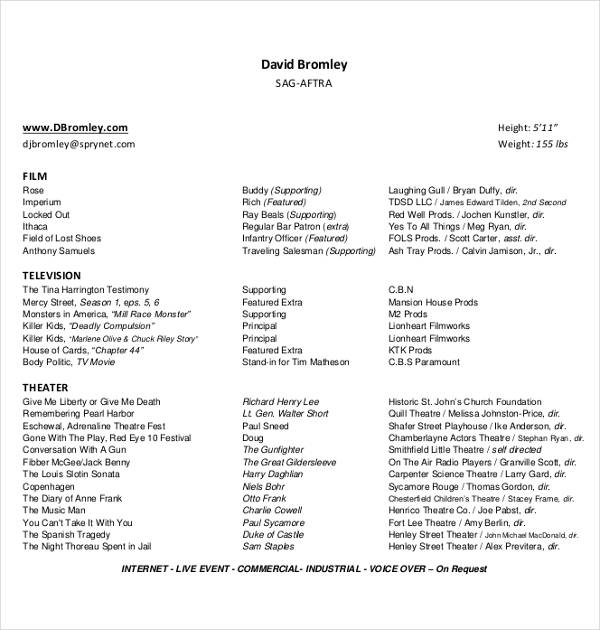 We offer you some more elements you could put in your résumé as a theater performer:

Aside from samples of theater résumés, our website also has Business Resume Template samples.