The game of basketball has been around since the late 1800s and is considered as one of the most widely recognized sport in the whole world. It’s a sport that requires endurance, agility, and a lot of quick thinking. When people hear the basketball, they will almost always think of the NBA, which is the biggest basketball league today.

Just like most sports, the goal of winning the game is for the team to have more points than their opponent. But individual awards or recognition also apply to players who can make the most contributions to the game, and by contributions, it could mean points, blocks, steals, or rebounds. And to keep track of these, a score sheet templates should be utilized, and you can make use of our score sheet template for your convenience. 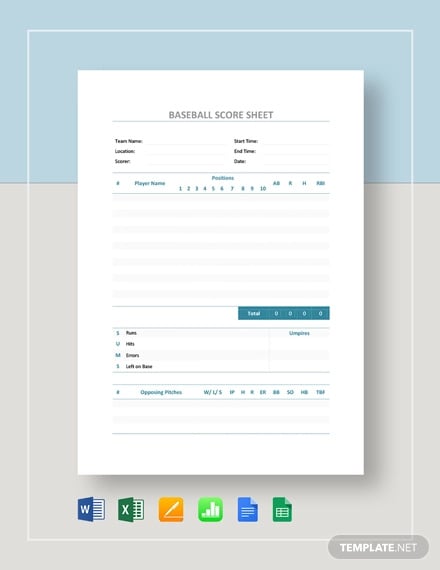 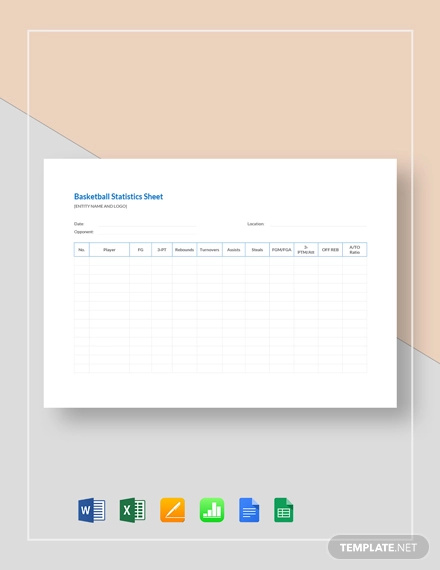 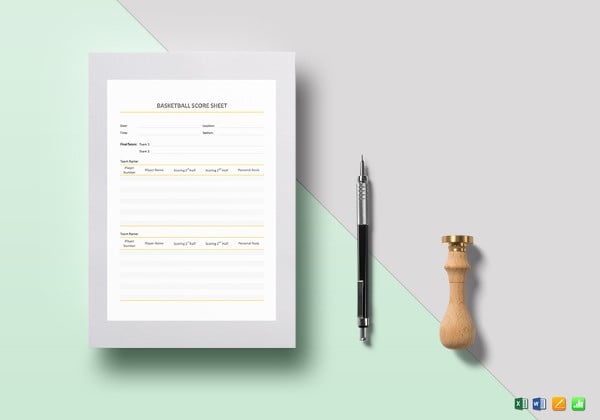 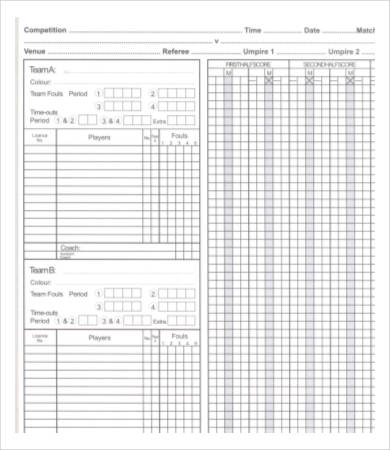 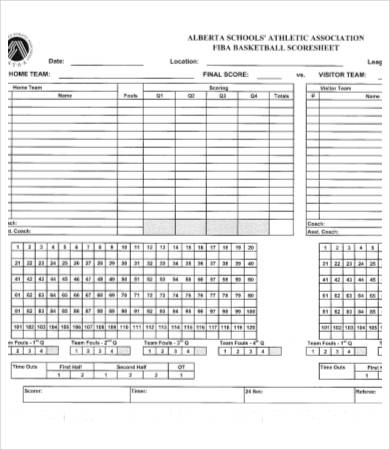 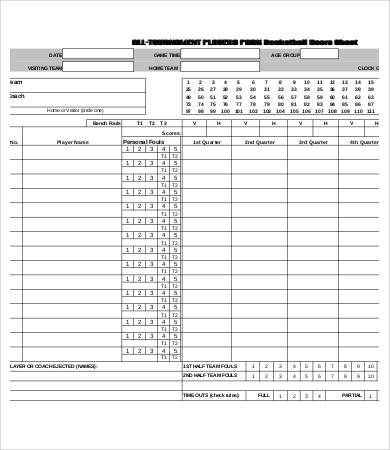 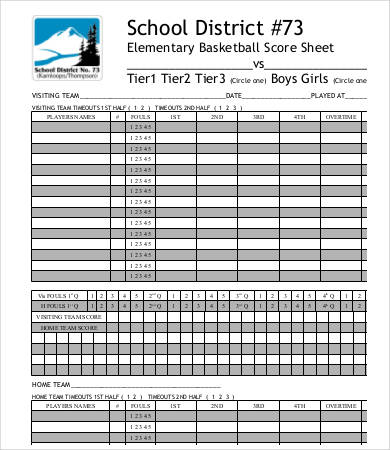 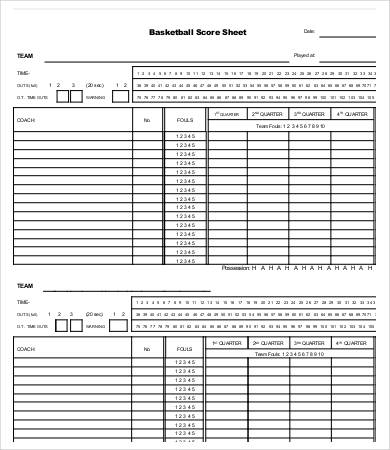 A Brief History of the Game

Basketball was invented by Dr. James Naismith in 1891 during his time as a teacher in physical education at the YMCA in Springfield, Massachusetts. He invented the game to keep his class busy and active. He decided to make it an indoor game because during the time, it was winter season and they did not want to play outside because of the cold weather. The original equipment used by Dr. Naismith were peach baskets nailed to a pole and a soccer ball. And there were only 13 rules in the original basketball game.

Here are some facts you might not have known about basketball:

For templates on goal sheets in general, to be used for any sport, you can check out our collection of Goal Sheet templates. 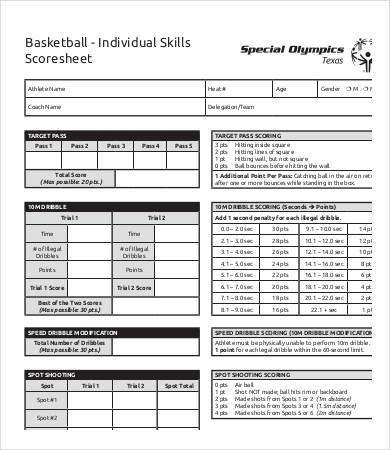 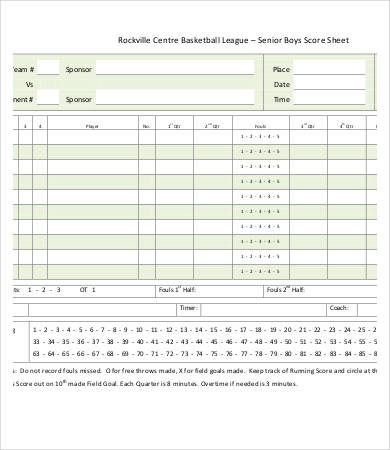 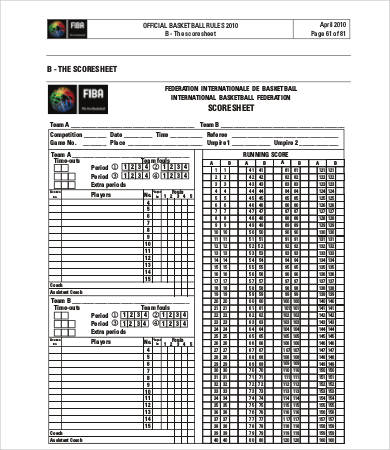 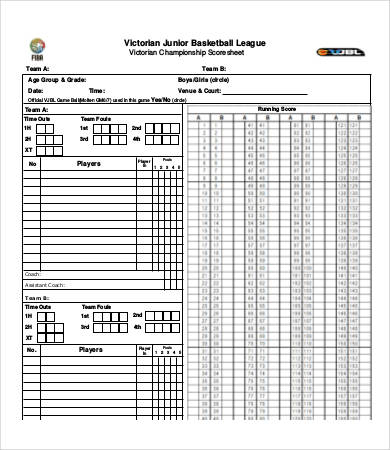 So if you’re looking for score sheet templates for basketball, then you don’t have to look anywhere else because we got it all for you. We have various kinds of templates here on our website. We have individual score sheets, basketball league score sheets, and even generic score sheets to name a few.

You can download any of these templates for free. These templates come in high-resolution PDF format to assure you of clear and legible prints.

For track and fielders, we also have our collection of Run Sheet templates to keep track of your progress. But if you weren’t able to find what you were looking for on this page, the proceed to the bottom and check out the links to other related content on our website.