A release letter is prepared when an employee is released from his or her duty and responsibilities. These letters are written after he or she has finished the contract or there can be some organizational reasons. A release letter is an official document; therefore, it also requires a proper structure. Here are letter templates that can help you if you want a ready-made structure for your letter.

5 Steps to Prepare a Release Letter

Set up the format of the letter in the standard business format. Use the readable font. Times New Roman or Ariel with font size 12 works best in case of the formal letter.

Step 2: Information About the Release

In the format that you have drafted, you need to write about the information about the release of the employee. You need to describe the reason for the release and the work that the employee has provided while he or she was associated with the company.

You need to maintain the tone of the release letter. Be formal and professional when you talk about the release of your employee. If you are releasing your employee because the contract is over then there is no problem, but in case the release is due to the cancellation of the contract or termination, do not be sarcastic or negative with your tone. Be normal with your approach.

Step 4: Make It Short and Crisp

There is no need for writing long passages or paragraphs in the letter. The information should be short and crisp. Writing pages after pages do not make any sense, and readers do not have that much time to read everything present in the letter. Therefore make it short and up to the mark.

Step 5: Logo of the Company and the Name

These two are the most crucial part of the letter. Without these to you cannot consider the letter as an official letter. Therefore do not forget yo provide the company’s logo and the name on top of the release letter. 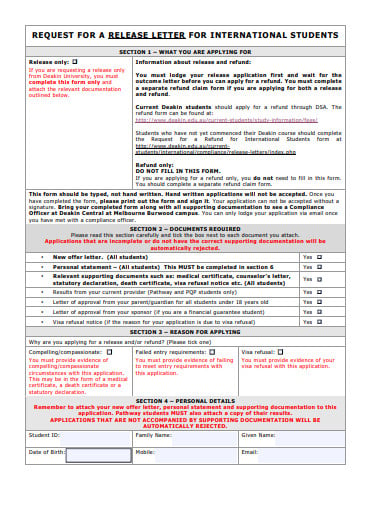 If an international student who joined last year wants to drop out in the first semester and now she wants a refund and to go back to her country. You can write a release letter to release the student from your college. Download this Students Release Letter Template and get the format of a release letter. This letter template sample is available in the PDF format. You can edit it with the PDF editor. 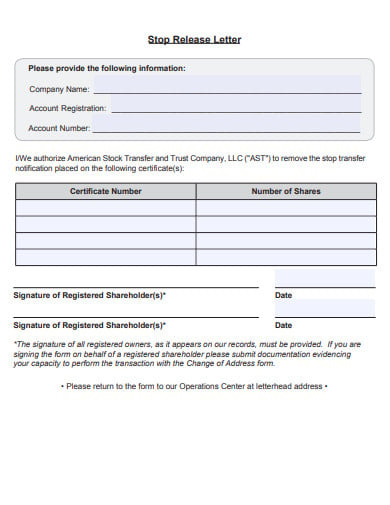 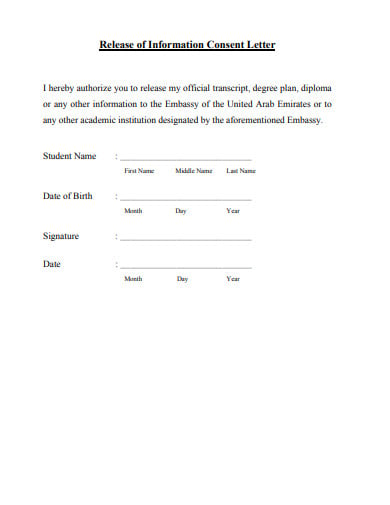 If you want to release all your academic-related information to an international Embassy, then you will have to inform the Embassy of your country. How will you inform them? Download this Release of Information Consent Letter template and create the letter sample where you will be mentioning about your consent to release your information. 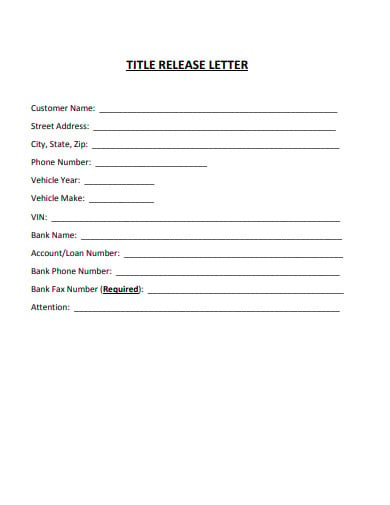 If you want to get your we title released, then you should communicate about that. Download this Title Release Letter in PDF and utilize it for getting your title released. This sample release form template has a simple and basic structure. You also get the liberty to modify this structure as per your liking. What are you waiting for? Get it downloaded! 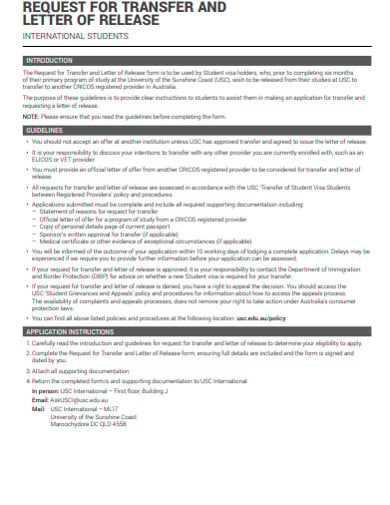 If you want your employer to approve your request letter for the transfer, then prepare it in a way with all the reasonings that your employer cannot disagree with it. Download this Request Release Letter Template and make usage of the well-structured format for your important work. If you download this template, you will understand the versatility of the structure change it accordingly. 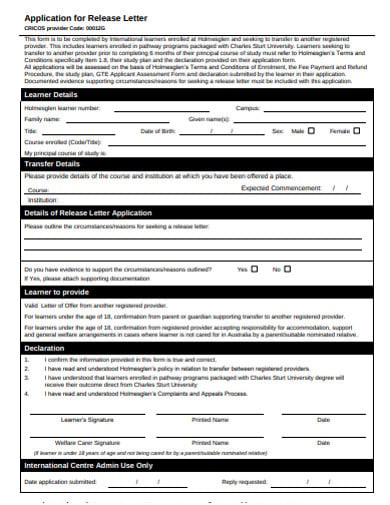 When you transfer your international learner, to another registered provider, you need to do proper documentation for that. How will you do that? Let us give you an idea. Download this Sample Release Letter Template and prepare the release agreement. We have provided you with a general structure, but how to use it depends upon you. 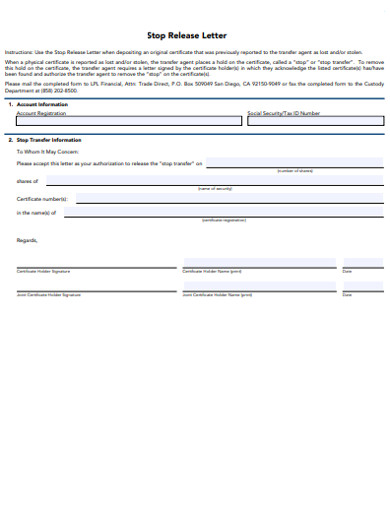 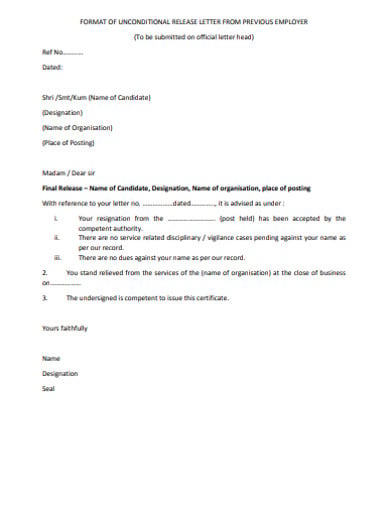 When you want to release an employee from the contract that he was serving, there can be no better option than to download this Unconditional Release Letter template. You need to be very formal when you make the statement. This formal letter template has that formal tone which you need to communicate to the employee about his release.