Arguably the world’s greatest scientist and held by people all over the world as one of the most influential men in history, Albert Einstein once said, “The leader is one who, out of the clutter, brings simplicity out of discord, harmony, and out of difficulty, opportunity.” And he wasn’t wrong. A leader is all of those things and more, having a role that not only puts him on a pedestal but also a role that would have people around him judging everything he didn’t do more than the ones that he did. It takes courage, more than the need for power, to be a leader.

It takes determination and the right kind of attitude. But more than that, it takes a follower, to be one. Because one of the most important lessons any type of leader anywhere has to learn is that while the world doesn’t give you the license to do as you please, it also doesn’t mean that you have to do everything on our own. A leader cannot accomplish anything by himself and a leader can only do so much, without a strong team behind him. You may also see daily worksheet templates. 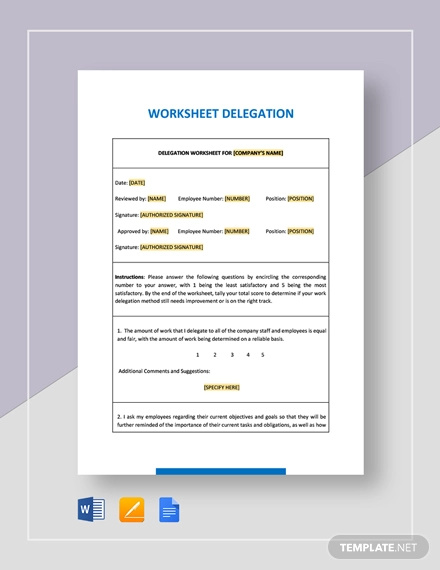 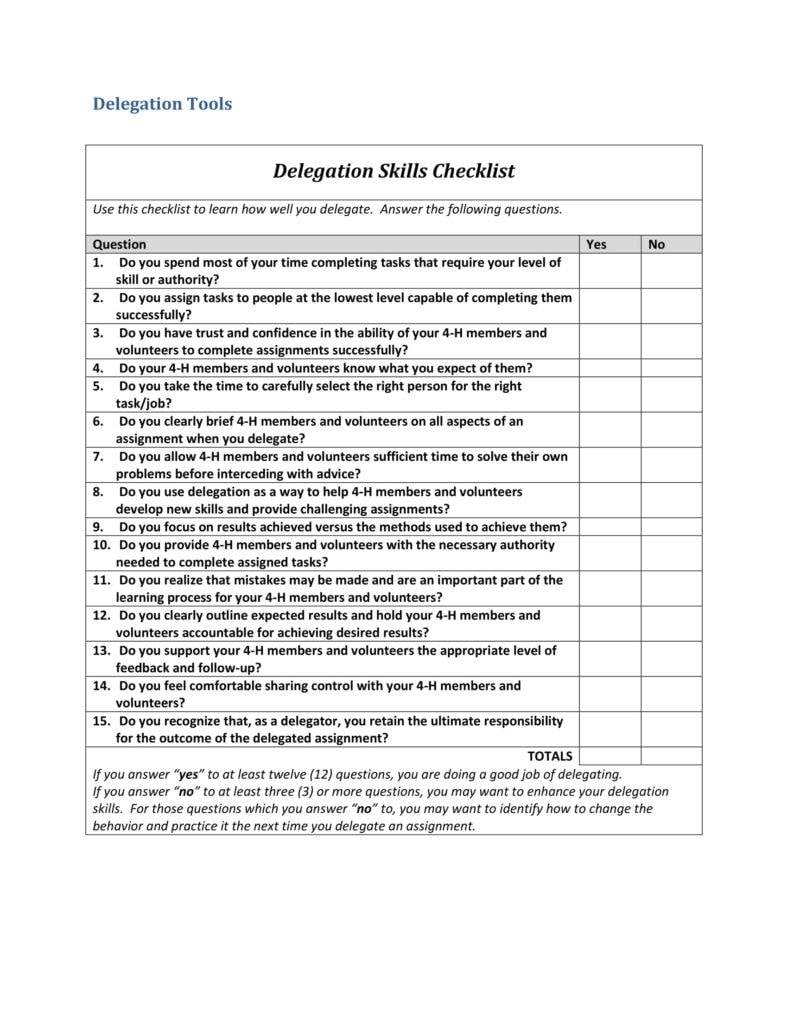 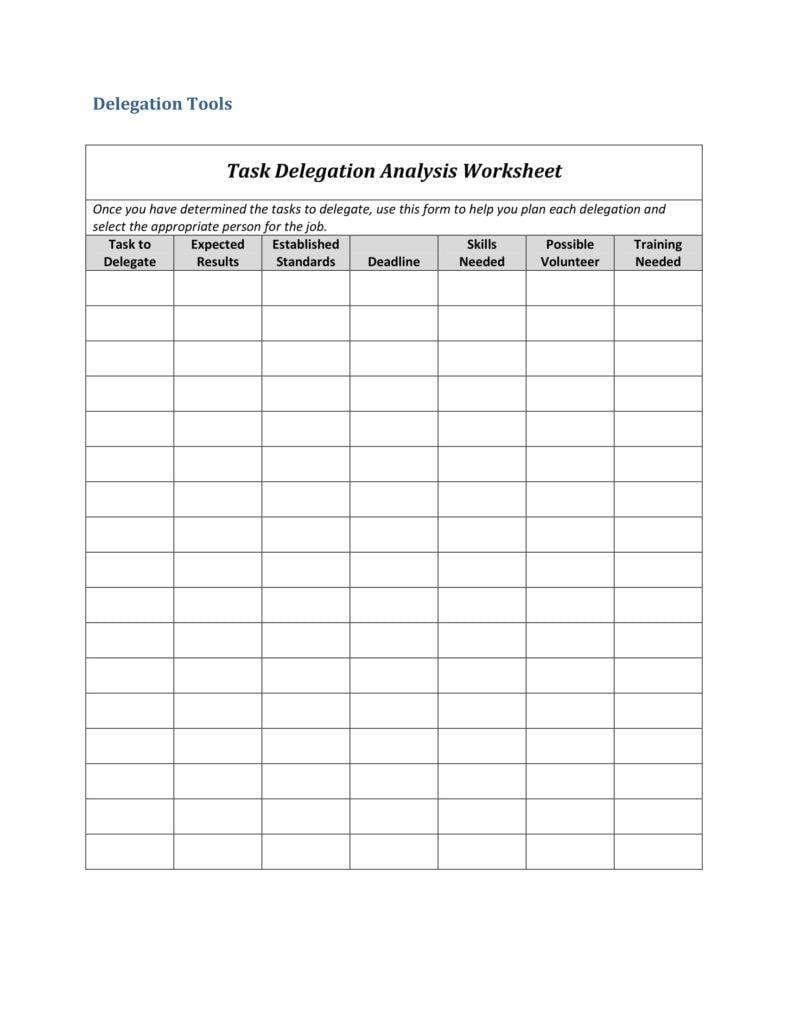 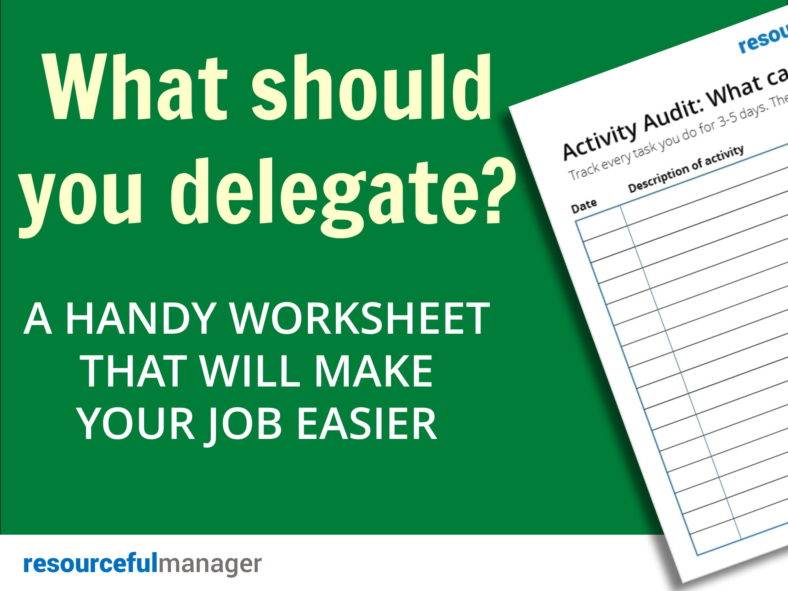 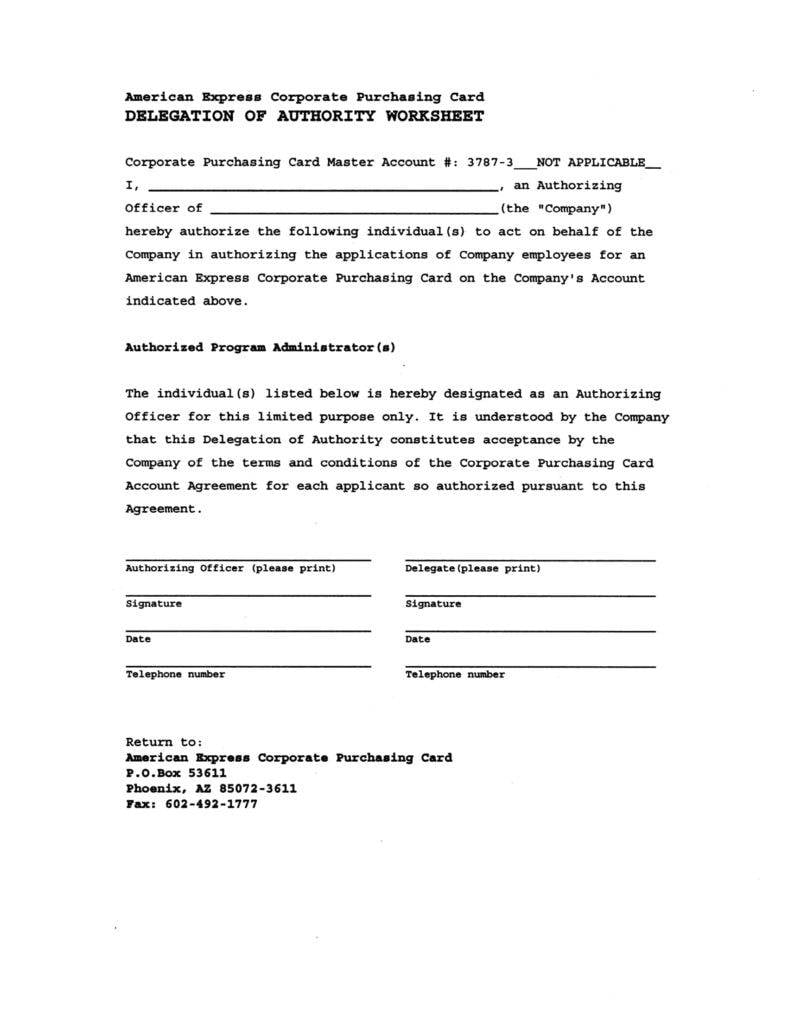 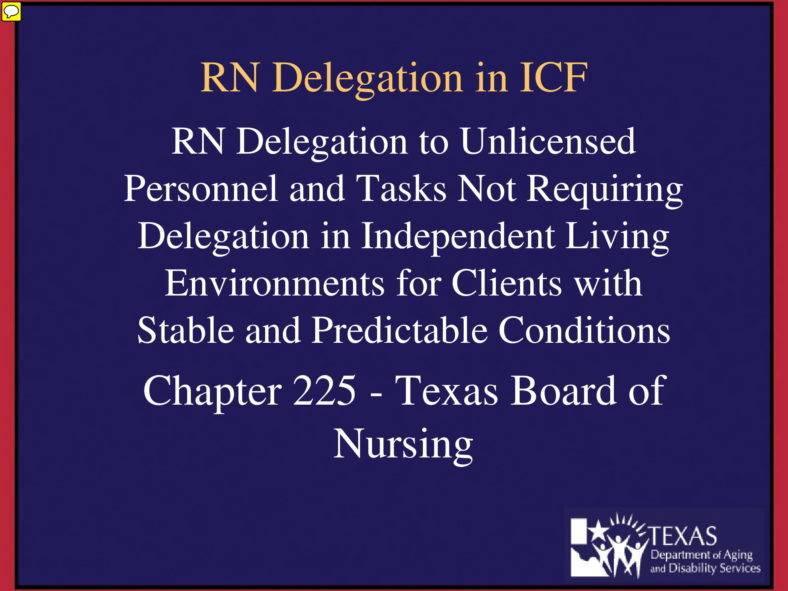 The good news is, you don’t really have to do everything by yourself. When there are many tasks waiting to be finished, you answer for the team but not everything is up to you to do and finish. But it is up to you to make sure things are going to get done. You’re not the one who is gonna have to do them all. That’s not why you’re there. However, it is your job to make sure everyone gets their share of the responsibility. Every. One. Unless you believe that everything has to be done your way, which would never do you any favors because it would send the wrong message to the members and everyone else watching, especially in an organization.

You should act with determination, but not with an iron fist, when it isn’t warranted, or when you know you didn’t earn it. That’s not the way it goes, in politics, in school, in business. Before you even accept the role, make sure you know what it means to be a leader. Everyone who leads needs a vision. The problem is how to get that vision communicated enough for your people to understand it so that they will feel empowered and be involved with making that vision tangible.

Empowerment can also only come if you are able to assign tasks and delegate them accordingly and equally to the members of the team. When your members have their share of the responsibility, they often feel more involved, more motivated. It is a strong statement of trust and trust lays a strong foundation for any relationship, including building a unit that seeks to achieve goals together, rather than separately. You may also see a project worksheet templates.

Delegation is giving others an authority to perform tasks on your behalf and also giving them the complete responsibility for the outcome, as well as holding them accountable when something goes wrong. Mastering the art of delegation needs three major skills that could take others a long time to get right. One of them is trust because you must believe that there other ways and ideas and opinion that are just as valid as yours. You must believe in the people whom you have assigned certain tasks and you should give them the freedom to do it their way and not yours alone. Next is honesty. You must always lay down your expectations as honestly as you can.

Otherwise, you would all end up disappointing each other and that wouldn’t help an organization that follows a deadline to accomplish projects. Last but not the least, is communication. This is pretty self-explanatory. Without talking to your team, without meeting with them, you wouldn’t be able to check the progress of the tasks you have delegated. You must emphasize what needs to be done, and monitor them to avoid backlogs. Giving your team freedom is good. Allowing them too much freedom is another thing entirely.

These skills are not that had to be had. If you have noticed, these are skills that make a decent individual. All you need is a little conviction because as long as you trust others and not over-analyze everything by yourself, as long as you can speak with them in terms that establish authority in managing and doing tasks, you won’t have too much to worry about, except getting work done on time. You may also like worksheet sample templates.

The Importance of Delegation

The importance of delegation in managing tasks within an organization cannot be emphasized enough. Delegation is to an organization as authority is to management. It isn’t possible to have one without the other. Through delegation, bigger responsibilities are shared among a group of individuals for the purpose of effective management. Without it, an organization and a leader cannot perform its tasks, because no matter how skilled people and leaders are, if they do not divide or share tasks, they cannot finish anything.

Oftentimes, a manager’s work is piled to the point of being beyond his/her capacity so that he/she needs a system of sharing the work among his/her subordinates. This is why a delegation of tasks and sometimes, a delegation of authority, is an important part of the functions of an organization, especially one that lives for its profits. You may also like free worksheet templates.

Through delegation and the monitoring of tasks delegated through worksheets, a leader is able to multiply himself/herself by dividing it with his/her members. The work is therefore allocated and delegation is further justified by reducing the workload of the person who, for the most part, would have to oversee the tasks being performed and make sure each one had a hand in it. When the amount of work is reduced, the manager can focus on other important tasks that need immediate attention. You may also like monthly sheet templates.

Delegation frees you from work that can be done by the rest because you still have major aspects of the project to take care of. All too often, leaders get stuck on the idea that they need to be involved in every task, down to the very last detail. Without intending to, you can lose focus on the bigger parts of your responsibility. Not everything needs to be addressed hands-on when you have enough, apt people who will be able to do them on your behalf.

But a leader should remember that he/she is in charge of the overall process by which his/her team is going. He/she should look ahead, manning the reins, leading the charge and correcting what needs to be corrected. He/she isn’t there to have a hand in all the work being done, he/she is there to command its course. If he/she buries himself/herself in the smallest details, a leader will lose track of the bigger tasks ahead. As a result, the project will be a disaster waiting to happen, without him/her even noticing. You may think you have everything under control but you’re in for a rude awakening when you can’t delegate tasks properly or refuse to do so.

If you aim for growth in an organization, you have to remember that doing everything by yourself is not possible. You have bigger responsibilities and should not lose the bigger picture when trying to finish a project with enough people at the helm to do the tasks. It is important to rely on your team and have faith in them to do their job and do it right. You may also see daily sheet templates.

Delegating tasks increases the confidence, morale, and productivity of team members. A boss that wants to always stick his/her nose in his/her subordinates’ jobs creates a tension-filled environment. You will lose people if you lead this way. You risk giving them a feeling of dissatisfaction and they would always be wary of you standing guard at their every move. On the other hand, if you give them important tasks and the freedom to do it completely in the way they know how, you will be able to build their motivation and push them for growth. It is vital that a leader shows his/her people that he/she can trust them. As a leader, it is our job to develop people, not their tasks. You may also see sheet templates. 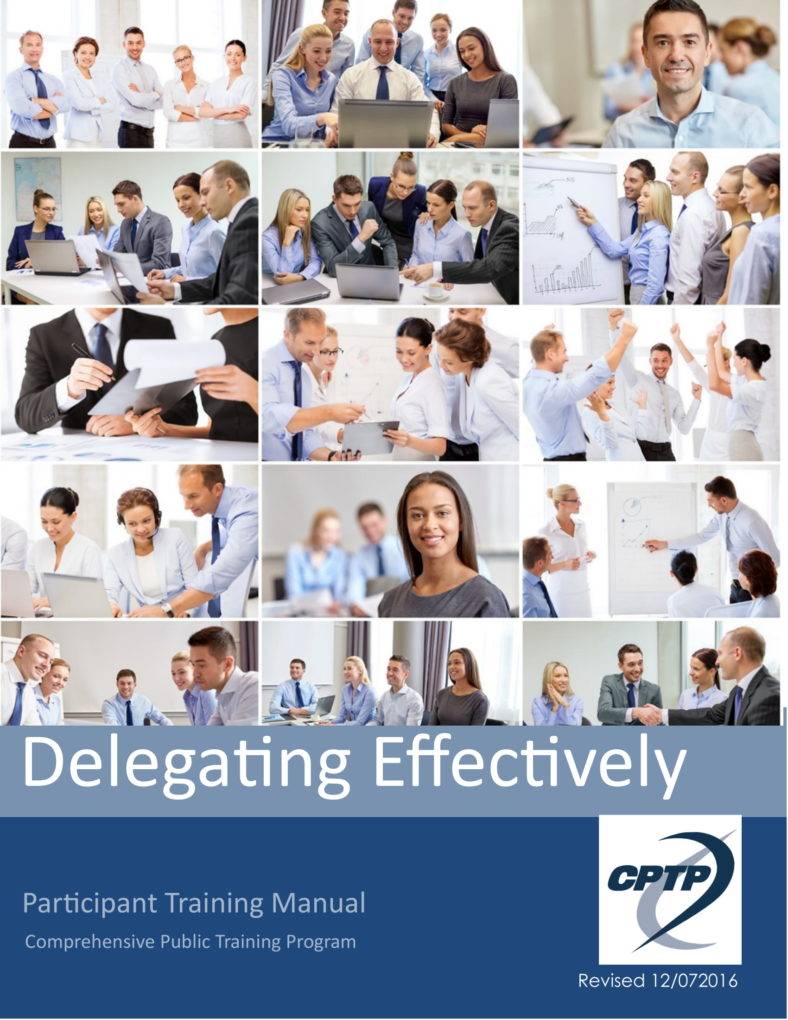 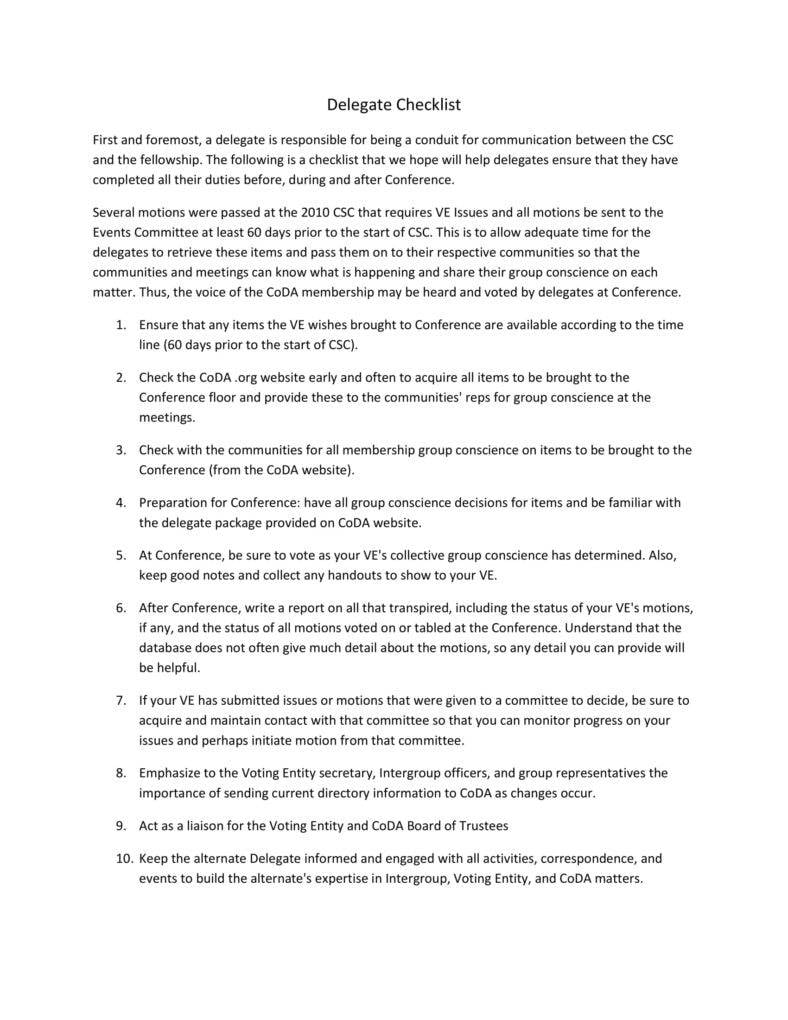 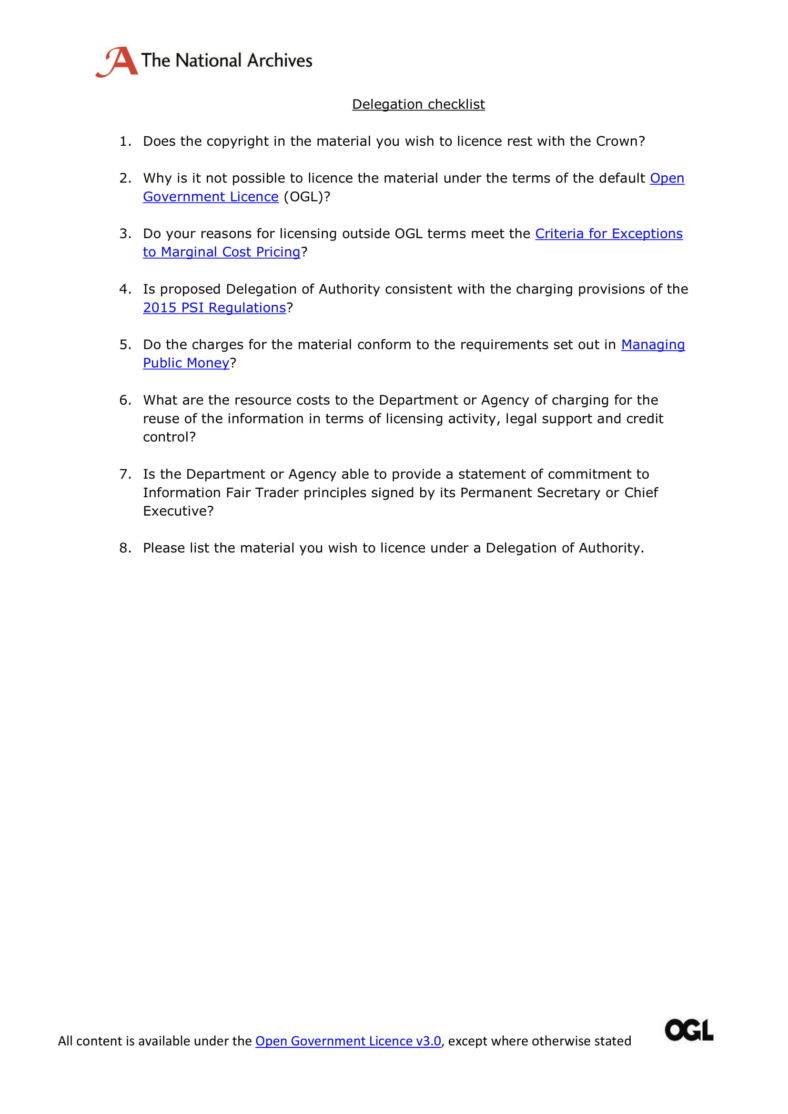 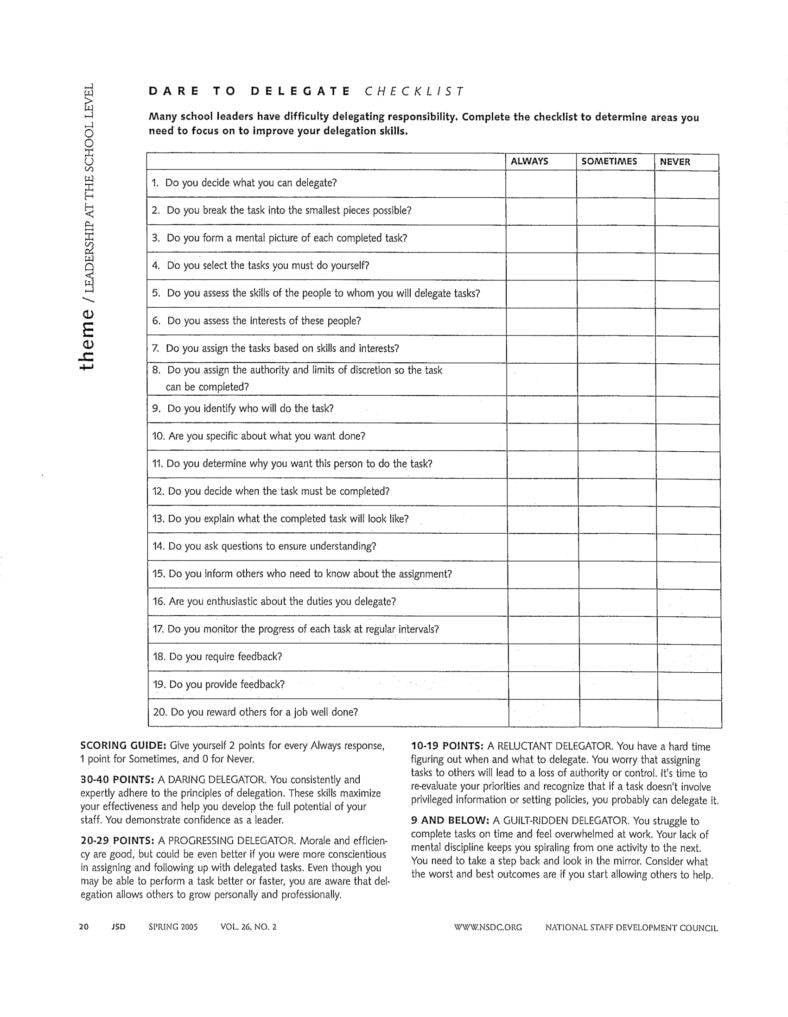 A man who wants to have all control and authority in everything paints an ugly picture to those below him/her. It means he/she fails to understand the very definition of being a leader even though his/her talent says otherwise. A leader manages not only tasks but also time and people-especially people. The most important part of his/her job is to keep his/her employees motivated. He/she should use his/her most valuable time to tackle bigger issues in the management, he/she shouldn’t waste it in micromanagement. You may also like best worksheet templates.

You will always remember the best manager you have ever had, the one who motivated you enough to make you face challenges head-on. It would be the same for your subordinates. Great leaders are people who look at and puts the same importance to both short-term and long-term goals. They listen to people. They talk to them. They ask questions. And they lead. You may also see worksheet samples.