One way to become an instant success in the business world is when you show something new that the consumers looks it as a need for them. You will find it to keep this new thing data to be confidential in the long run as you expand and supply is dramatically increasing; with business non-compete agreement template, you can make that information not be in the hands of those people wanting to have their own and will not give you competitors for the long time. 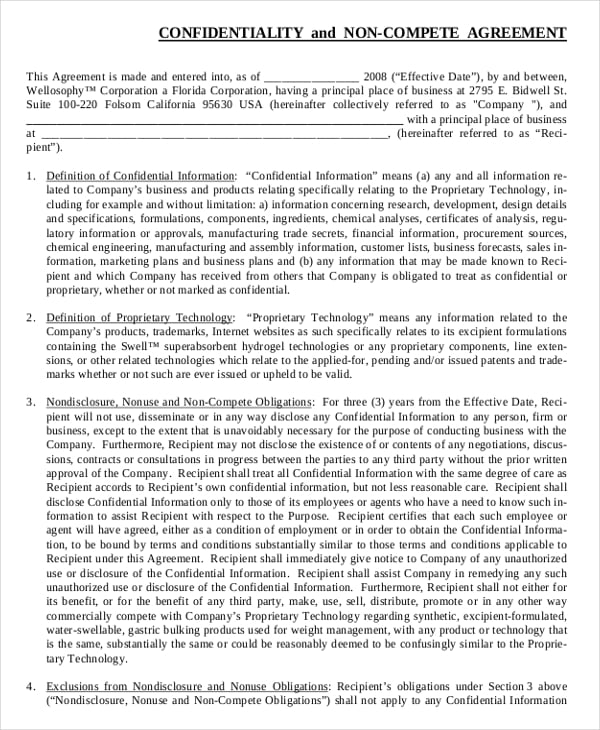 An agreement that is applicable in all types of business and companies. A non-compete as the word dictates competing of different parties are prevented when the agreement for this is mandated and signed by the parties involved. This is named as general for it can be applied and suited in all forms of business and employment aspects. You can also see Non-Compete Agreement Form. 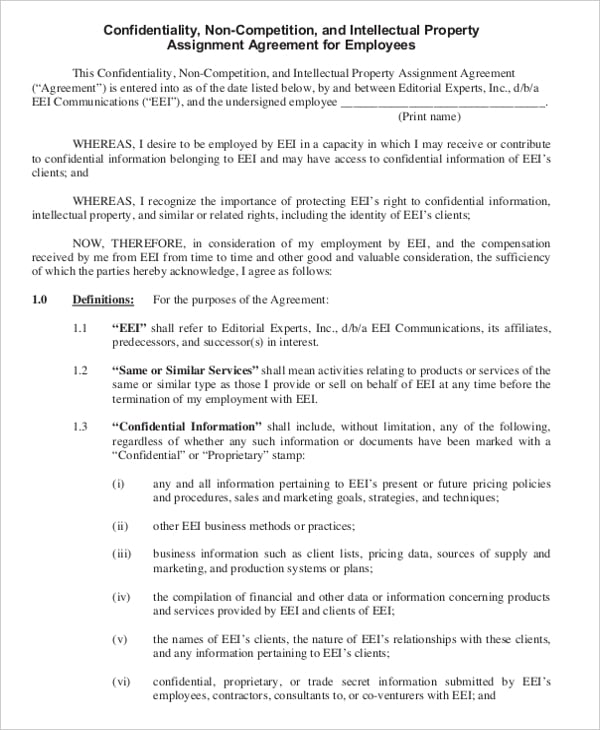 An employee non-compete agreement is an ideal agreement form for employees, staffs and personnel for every company regardless of their work but depending on the state of location and time frame. Each employee who agreed and signed the agreement for non-compete shows responsible from keeping themselves not involve for competition as their need of separation or leaving the company arises. 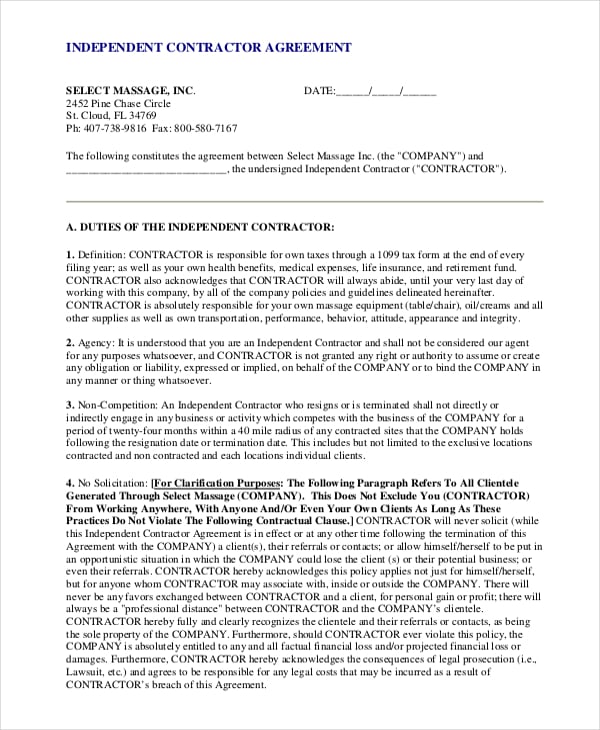 For every contractual nature of work, people in this business section are protected in the form of contractor non-compete agreement. Contractors can work freely without harming others with this kind of agreement. In the event that the contractor terminates his or her relationship with the present company, with the agreement that tells not to join with competitors and work against the present company are emphasized. 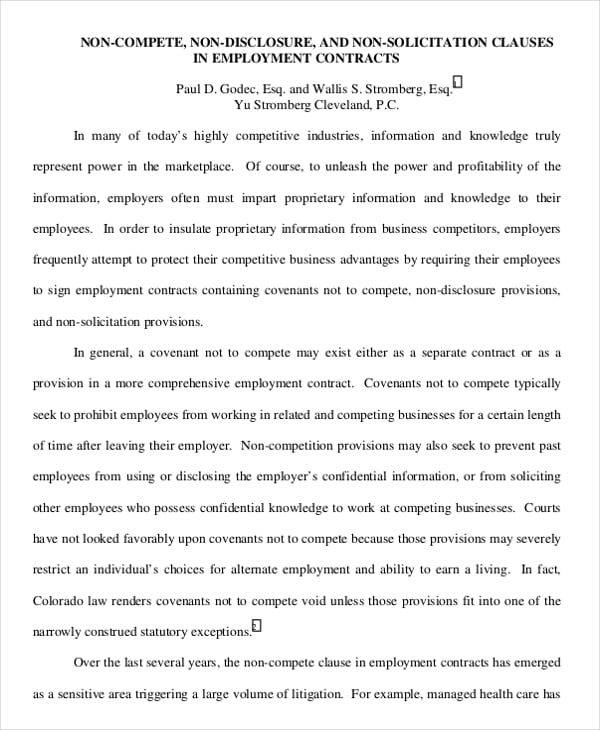 Securing all related information for the business and company as a whole is stated in non-disclosure non-compete agreement. Any pertinent details discussed and collected from the staffs, teams and management will be kept confidential and remained within the company as this is useful to avoid the leak of information to the competitive groups. 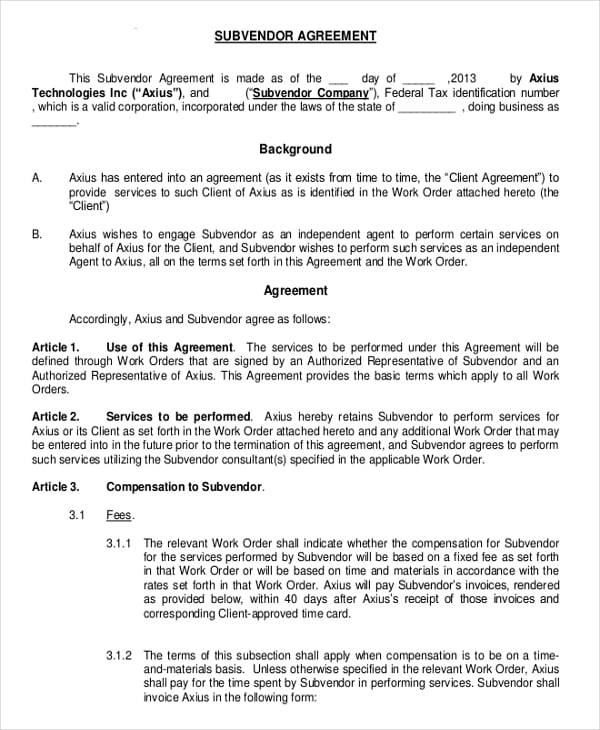 Sellers and retailers who deals with different clients and companies for the purpose of gaining customers and expand their business are also bound for a non-compete agreement. It varies on the state and period of time but this non-compete agreement becomes formal and valuable for every worker protecting their rights as well as for the company in engaging for competition. 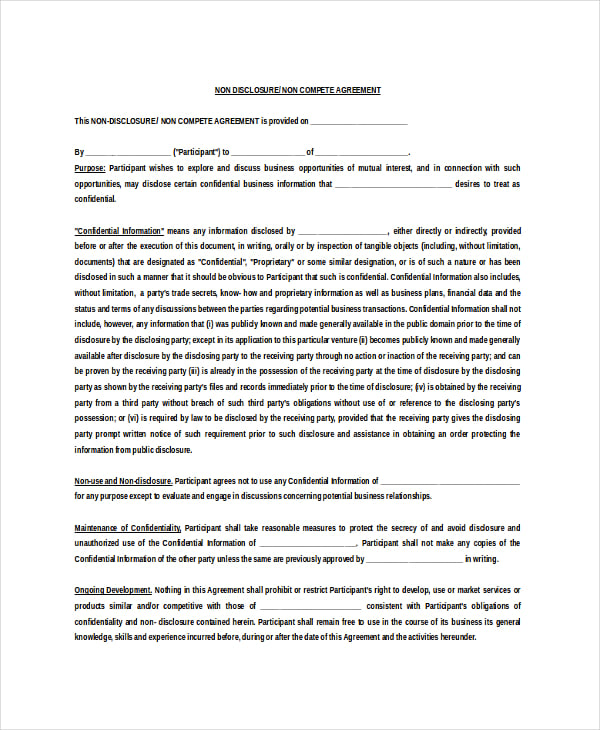 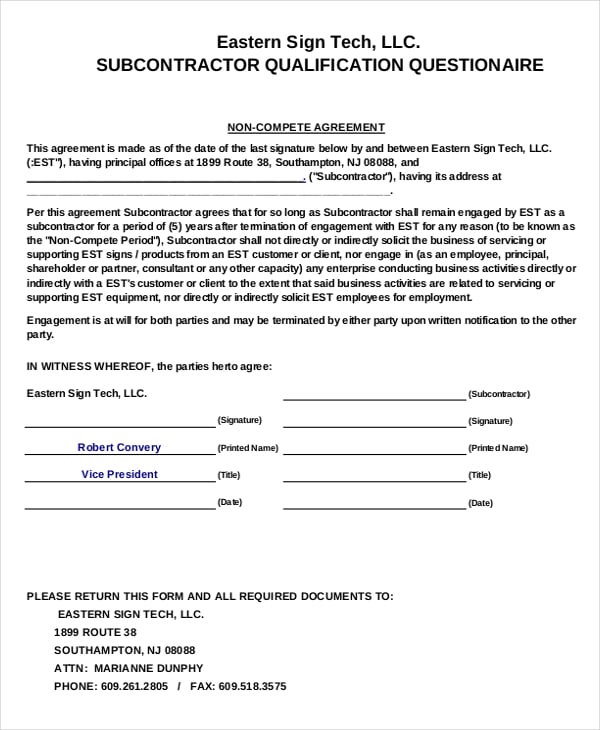 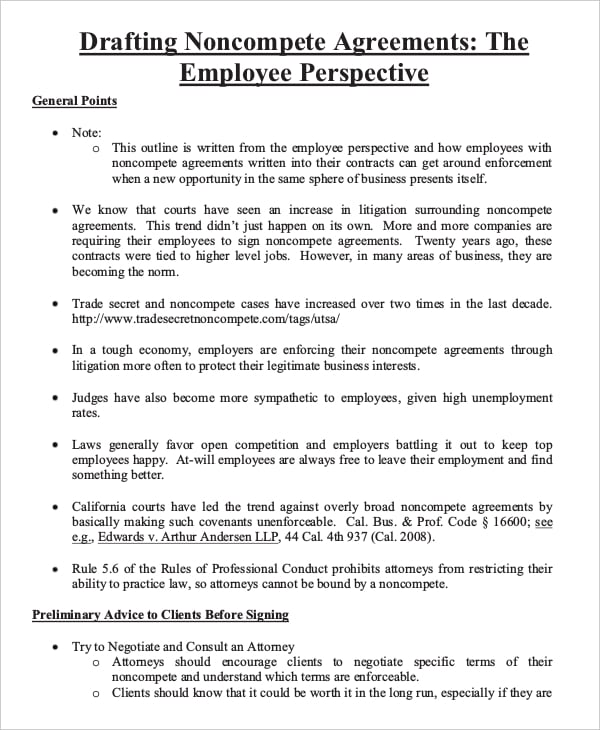 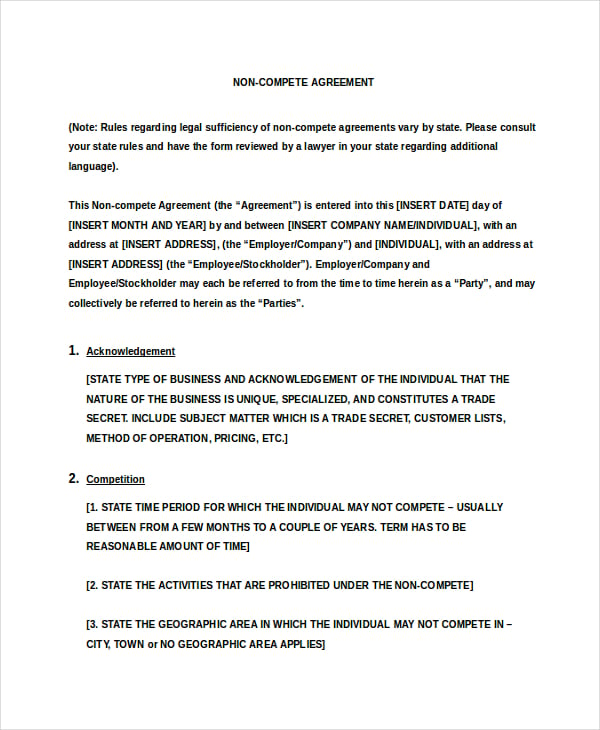 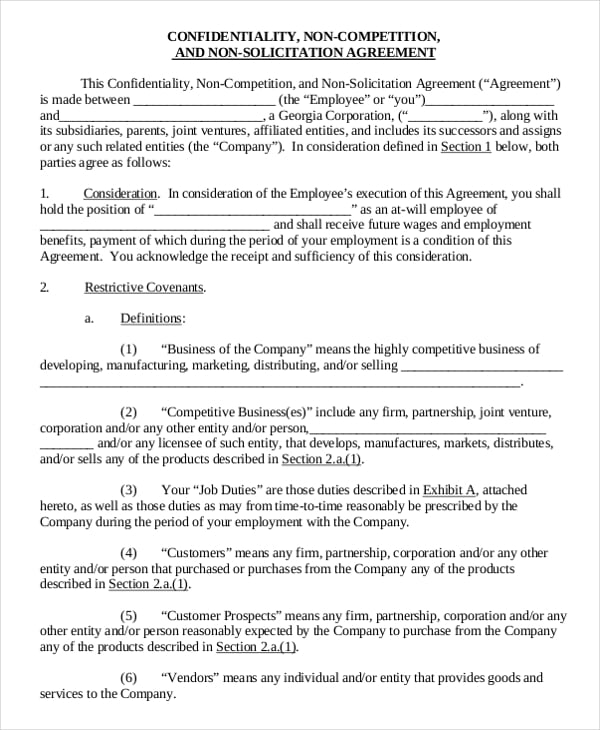 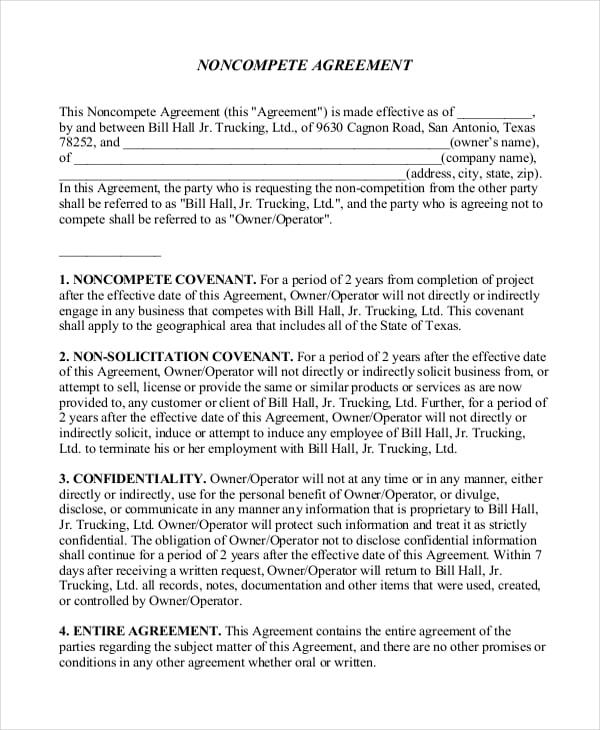 Vendors are always in their typical day selling their goods to their customers; in this agreement, any vendors have pledge not to create their own product like the goods they are selling to their customers. They will sell the goods as a seller and not a manufacturer of it. You can also see Employee Non-Compete Agreement.

> When do I need a Business Non-Compete Agreement

When you are about to start running your business or store, then you could apply this document to protect your interest form people that wants to get their eyes into your trade secrets. Every personnel and companies you will partner up will be obliged to not to use or tell what they have learned in the business of yours to others.

>How to Create a Business Non-Compete Agreement

For a good reference of samples, you can see the internet for good points of agreements and ideas that can make your own a unique one. You should always consider having your own rule that will control the flow of information in your business and contenders to arise. You can also see Insurance Non-Compete Agreement.

Have your agreement based on business or copyright laws to have a steady ground in defending your right for your business.

>To Conclude in a Sentence

The document is well prepared for instant utilization to legal pacts, it is offered in example format where the contents of it will be the decisive actions to take by the signatories.