This post is a collection of job refusal letter templates that are used in different transactions and processes, especially those that concern applications for various positions and purposes. You may download any of these sample templates for you to have references in creating a job refusal letter that you will send to an entity to whom you are currently having transactions with. Other than that, we also have downloadable samples of more Employment Rejection Letters on our website. 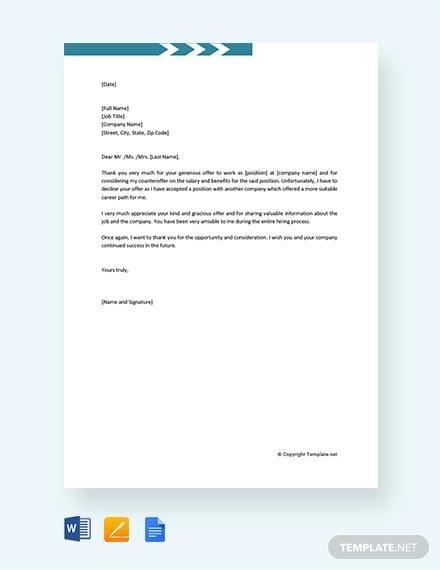 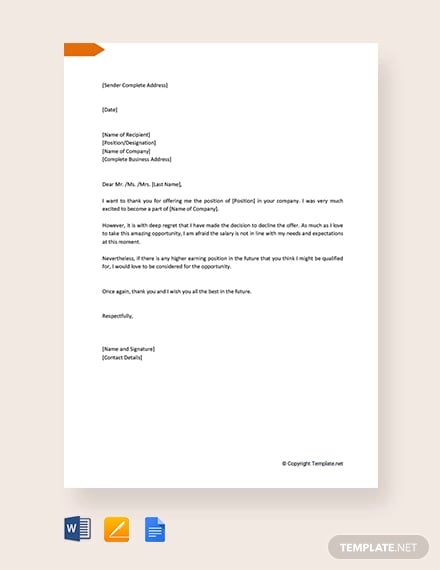 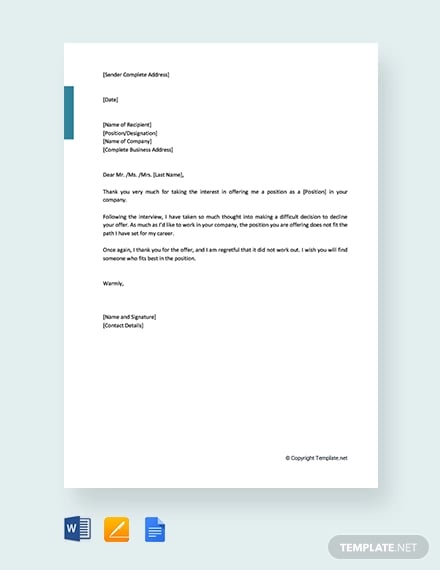 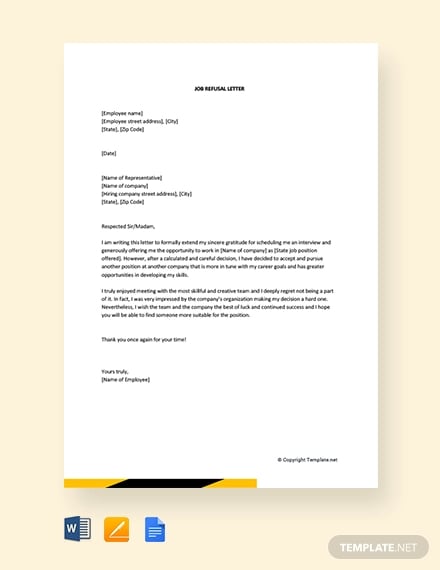 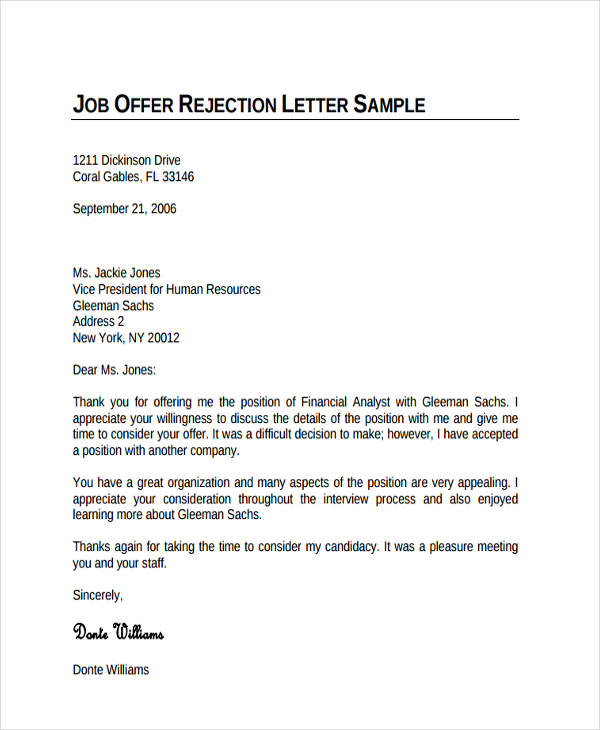 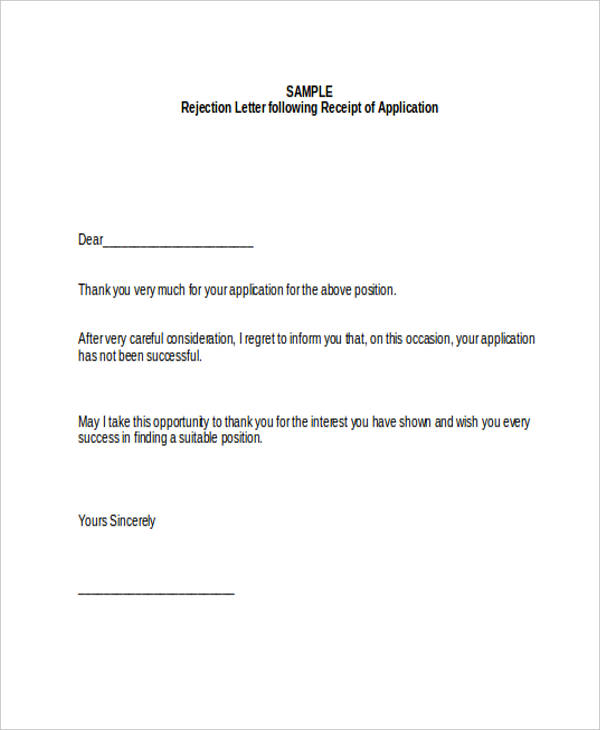 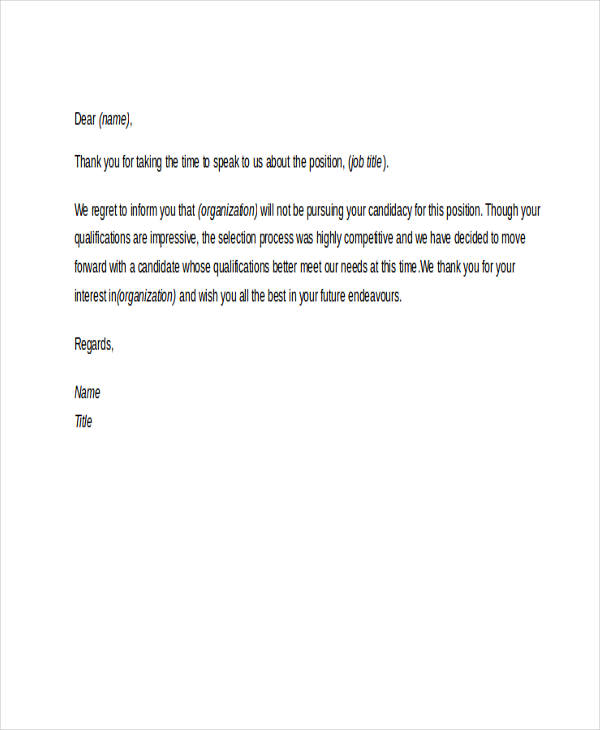 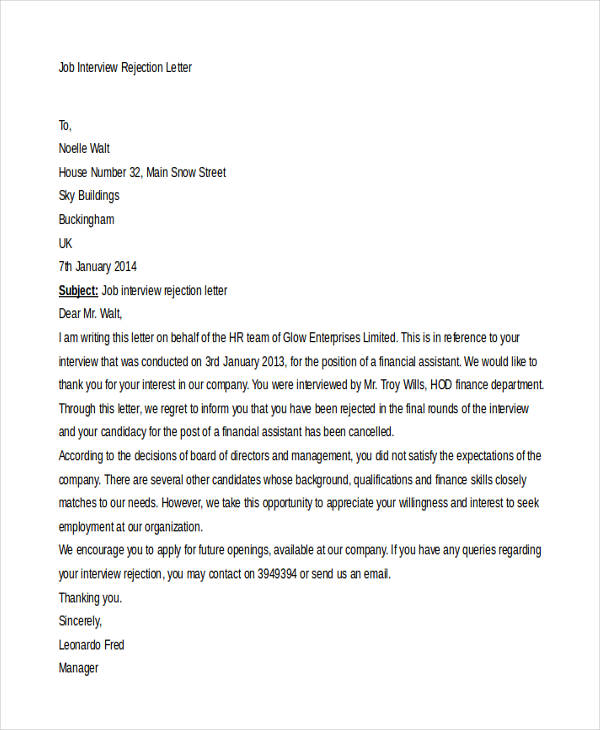 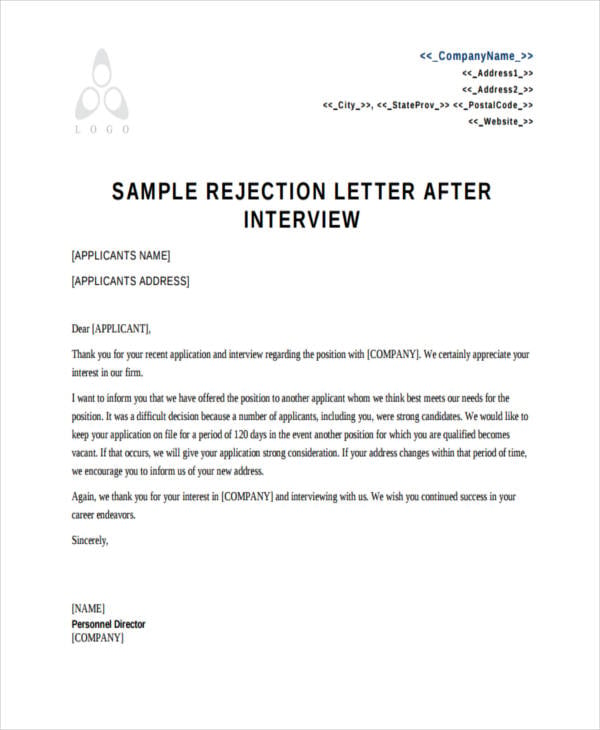 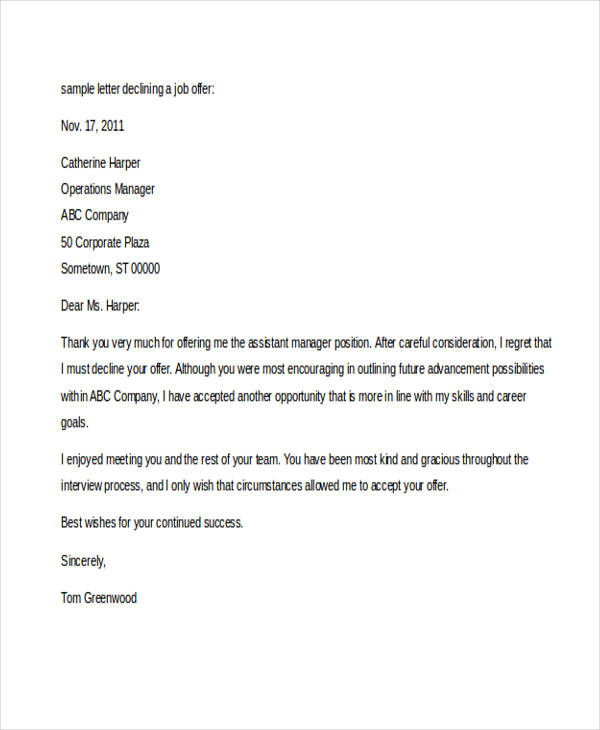 How to Decline a Job Offer with a Letter

If you have been offered with a job position and you would like to decline it, here are a few suggestions on how you can do it with professionalism:

What to Include in a Job Rejection Letter?

A few items that should be included in a job rejection letter are as follows:

For additional references, you may want to download our samples of Formal Resignation Letter and Sample Rejection Letter templates as well. 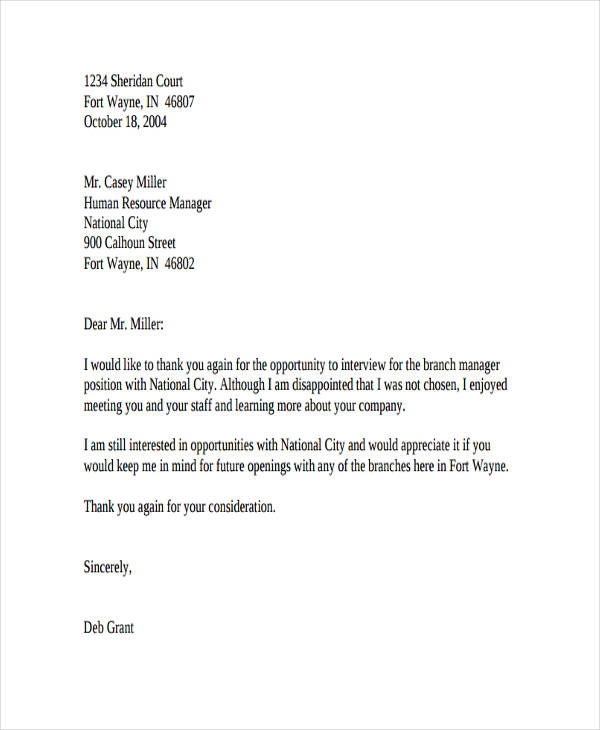 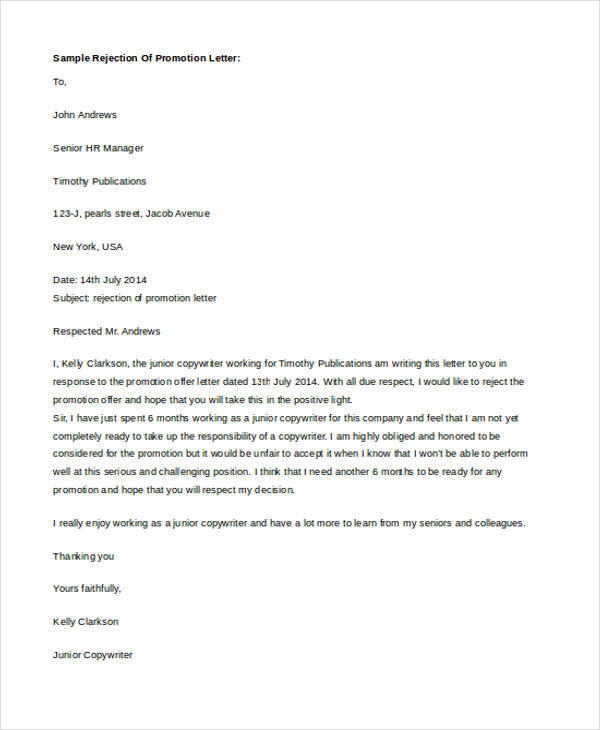 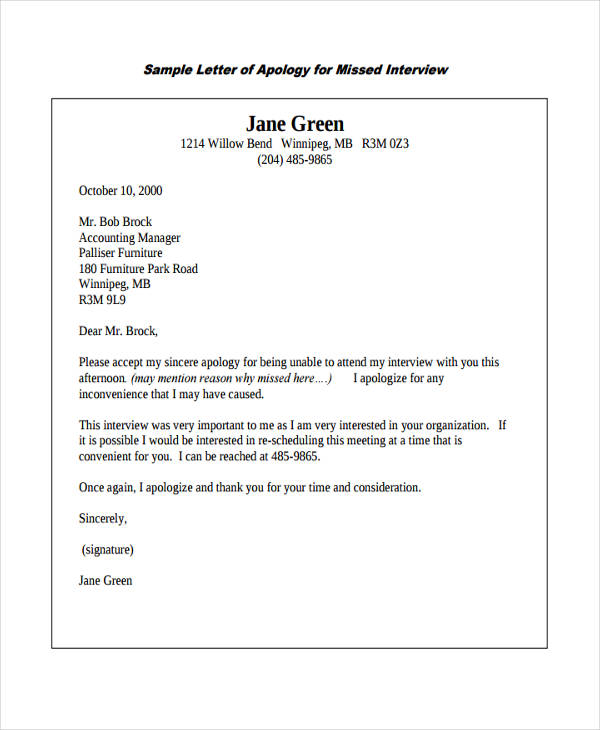 Job Refusal Letter due to Salary 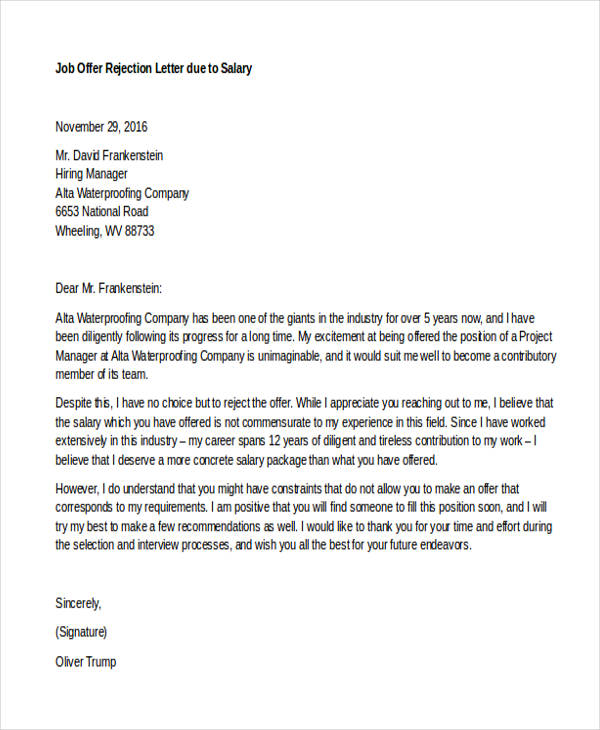 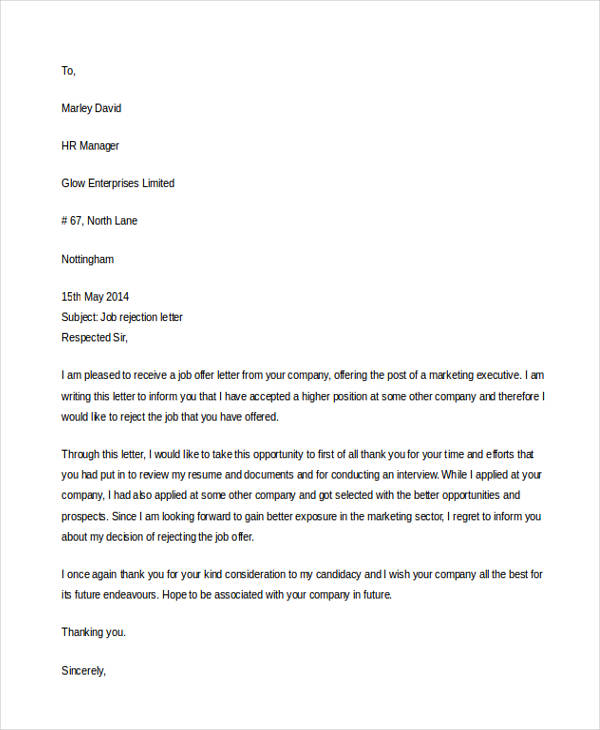 How to Write a Job Refusal Letter

Keep these points in mind when writing a job refusal letter:

If you are an applicant who will use a job refusal letter to decline a job offer,

If you are a company who will reject an applicant’s will to be a part of the organization,