Being punctual is one of the most important attributes that an employee should have and must always practice in the workplace. An employee should remember that a delay in the activities that he or she is supposed to do in a specific period of time can affect the entire operations of the department where he or she is assigned or even the entire company’s.

Though there are valid reasons why an employee has been late in a particular working day, making excuses for showing up late should not always be tolerated, especially if the employee has been doing the practice for a number of times already. We can provide you with late warning letter templates and other Letter Template samples to serve as guides should you want to create warning letters to be used in a specific purpose. 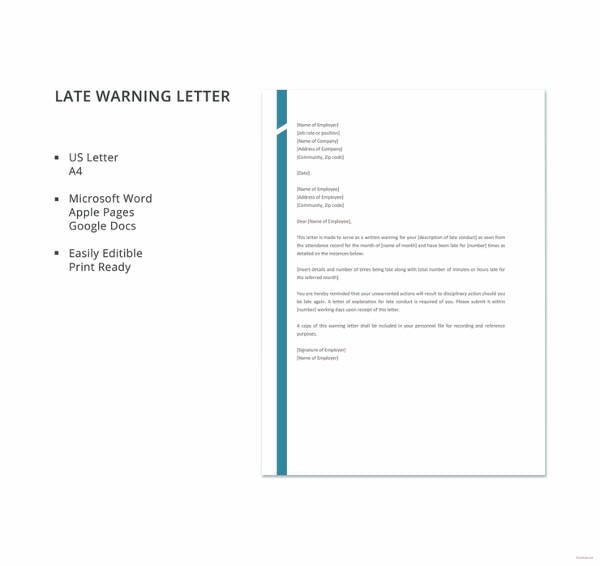 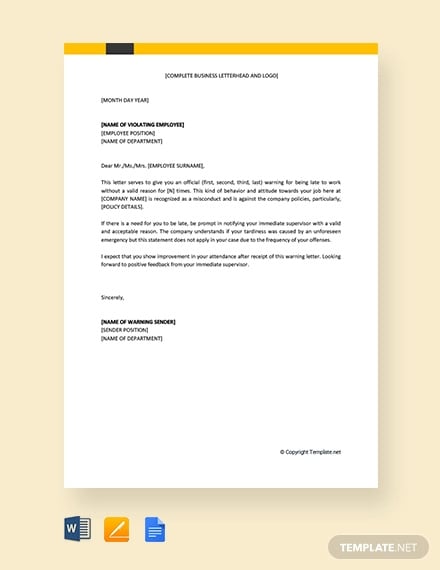 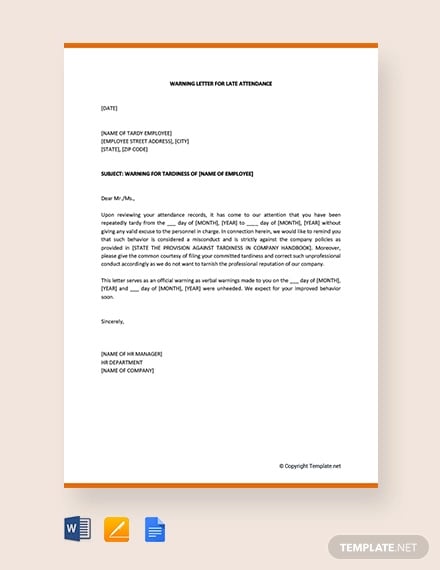 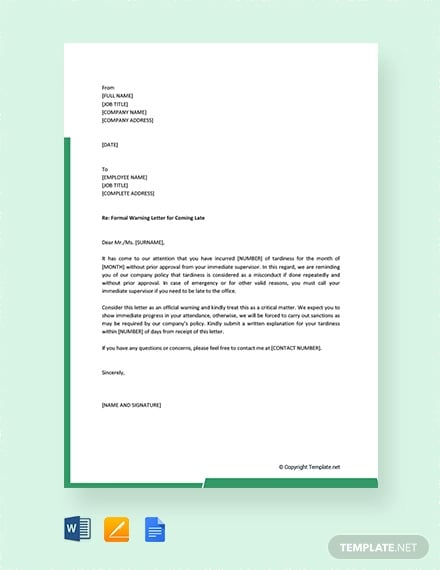 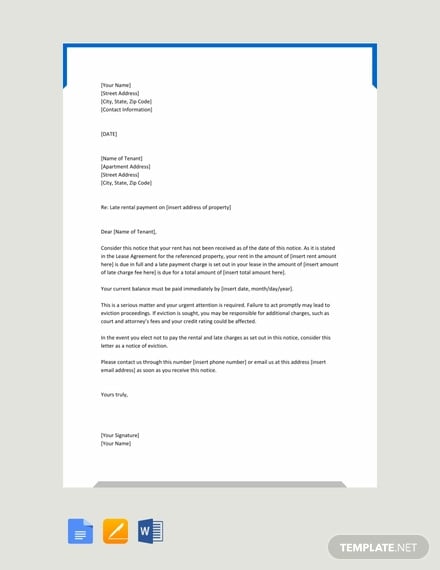 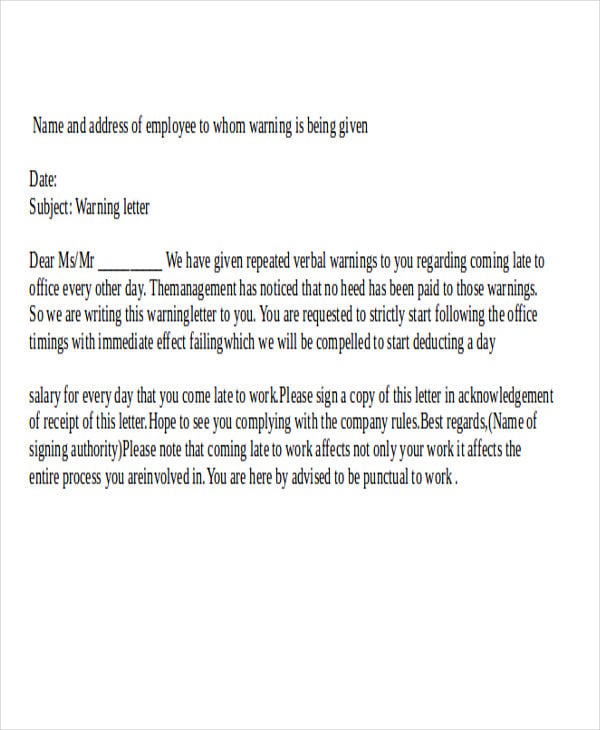 Aside from our late warning letter templates, you may also browse through other HR Warning Letter samples available for download if you need references in creating written documents that can address particular issues in the work environment. 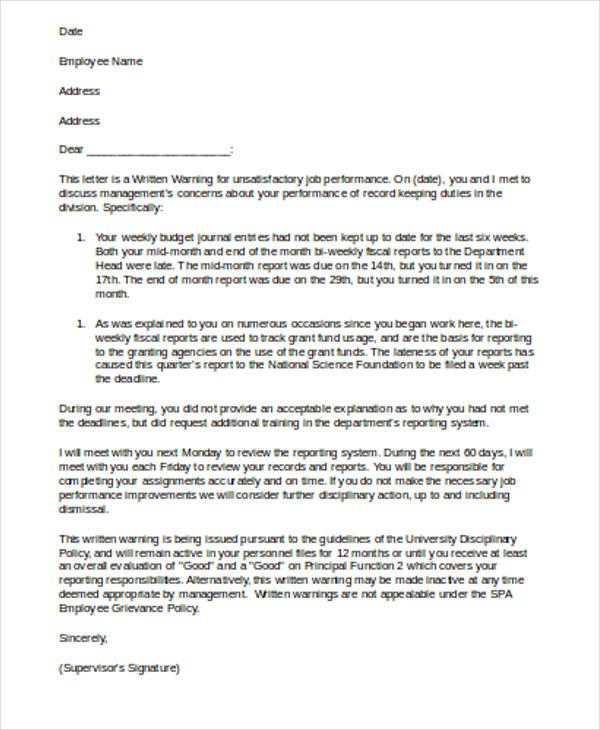 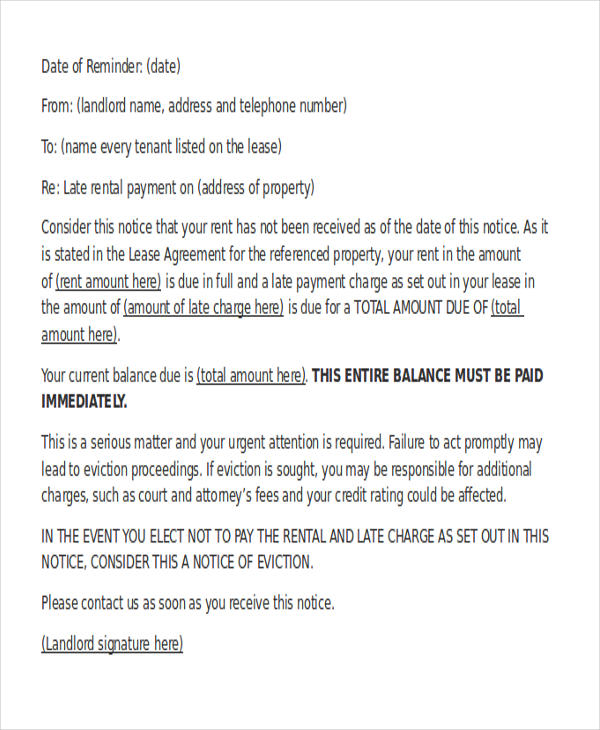 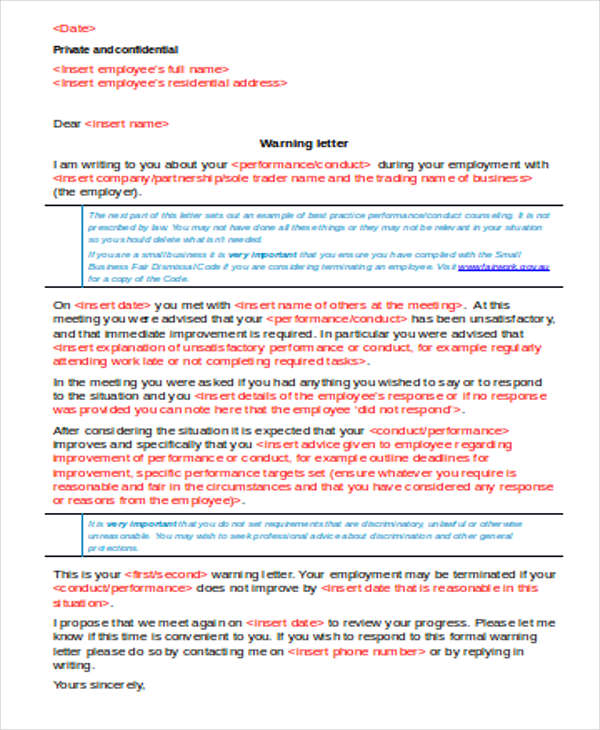 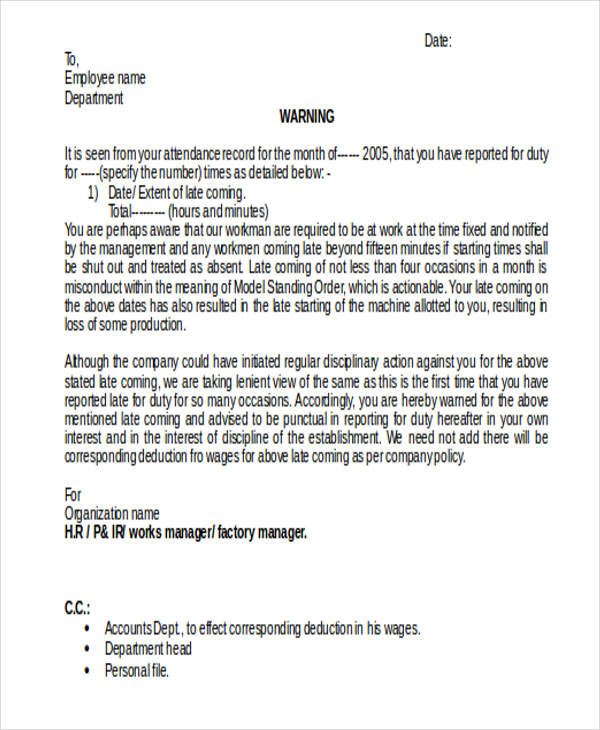 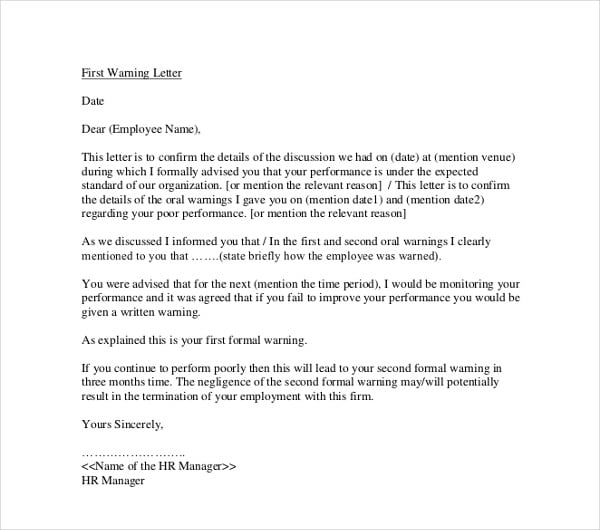 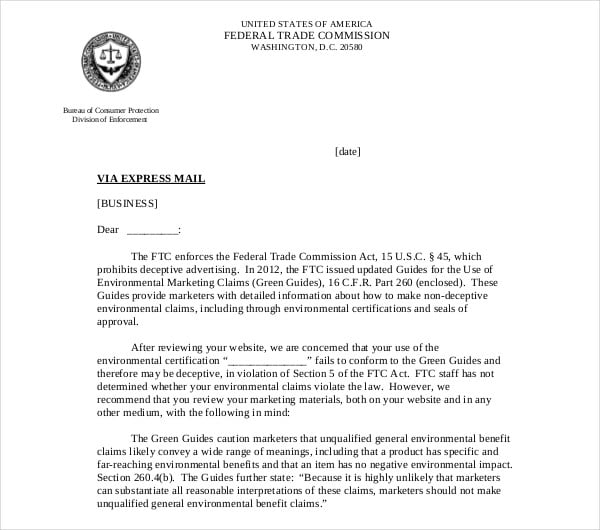 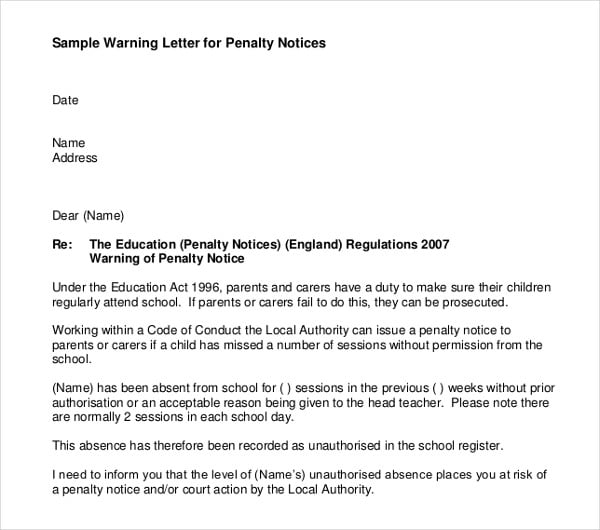 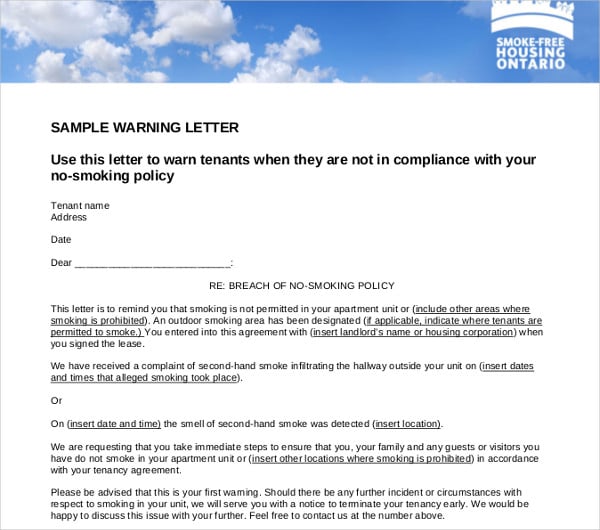 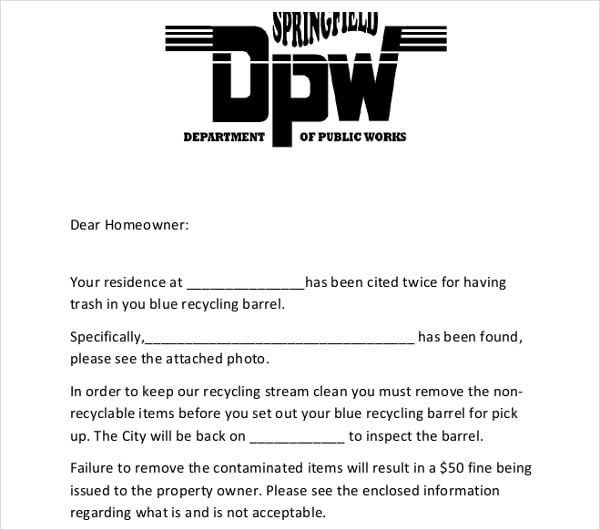 Since the guidelines for attendance are usually stated in the company’s employee handbook, not following the provided work schedule can result to actions that are needed to be done by the company to correct the employee’s attitude towards work.

The classification of late offenses where warnings are as follows:

More than being late for a number of times, there are also employees who have a record of being absent in numerous working days. If the employee has been practicing absenteeism, our Attendance Warning Letter Template will serve as your reference in creating this specific document.