A storyboard is a tool mostly used by videographers, filmmakers, animators, directors, and generally people in the film-making industry. Storyboard-making is essential in the initial creation of films since a particular sequence and order of scenes should be followed.

Movies and films take a long time to create. However, before they are transformed into the actual motion picture, there are storyboard templates to fill. Storyboards serve as a rough draft of an entire story and it is only fitting that blank storyboard templates make film-making tasks easy. In this page are general uses of storyboards and how important these tools are for organizing and sequencing of story chapters and scenes. 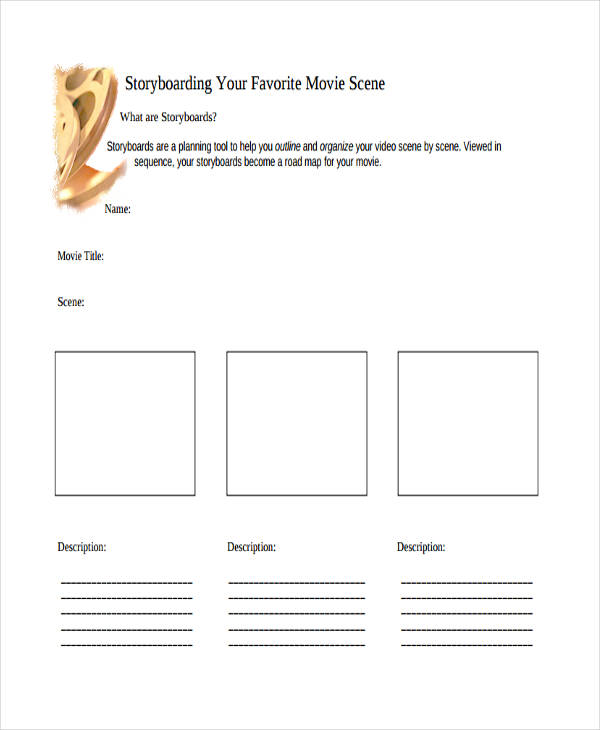 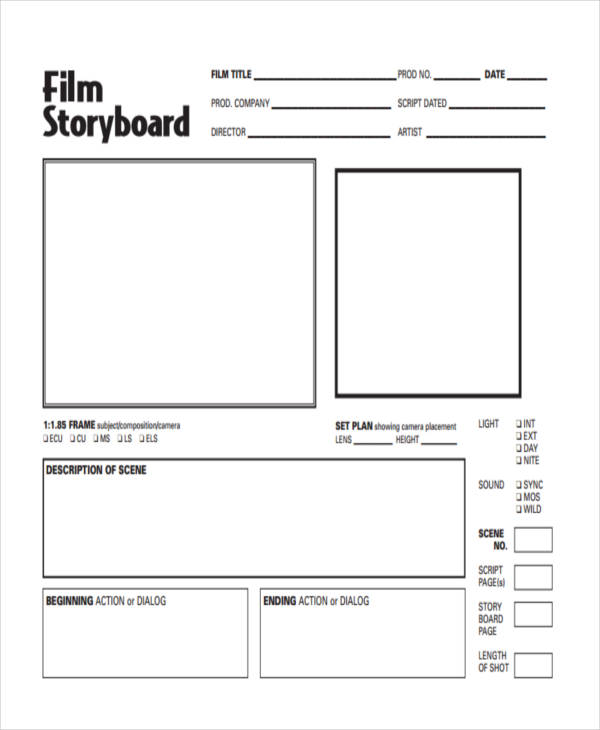 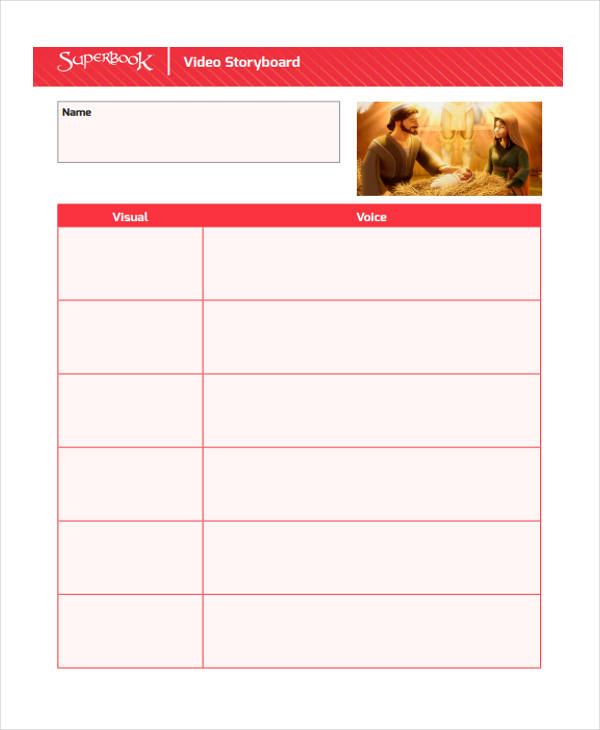 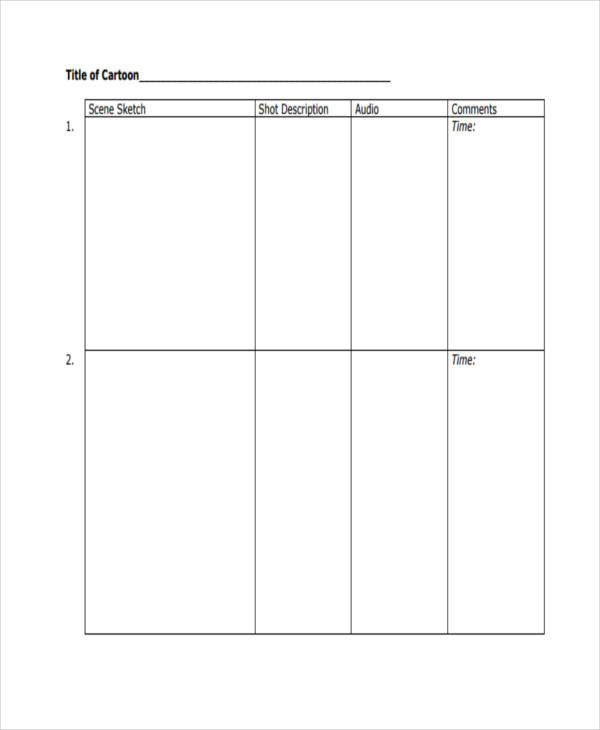 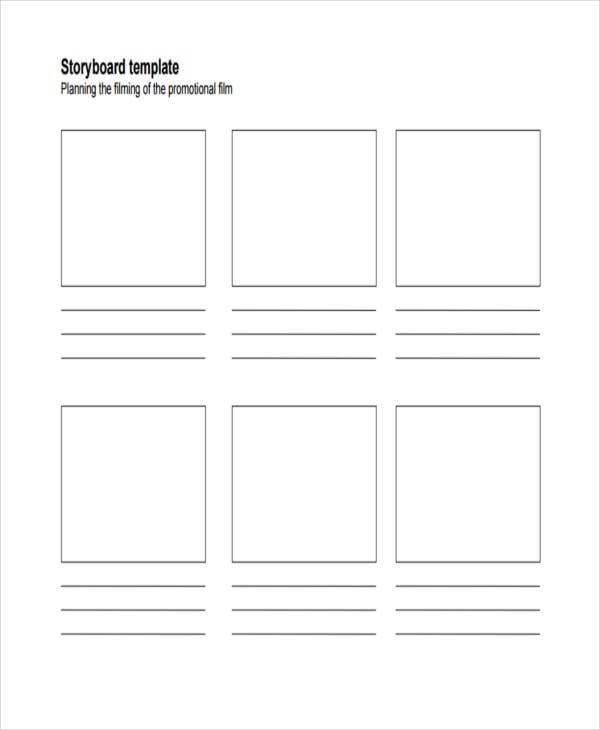 Why Use a Blank Storyboard Template

Make use of a movie storyboard template and not worry about how to organize different scenes you have prepared. All storyboard examples have already outlined everything for you and filling it out with what’s necessary isn’t really something difficult to deal with.

Storyboards as the Best Visual Aid

Storyboards are effective in terms of helping you visualize your ideas. With a set of pictures and a few phrases for a caption, storyboards will allow you to see the entire flow of your narrative before you make it come to life.

Storyboards can be used, however, beyond the realm of film-making. 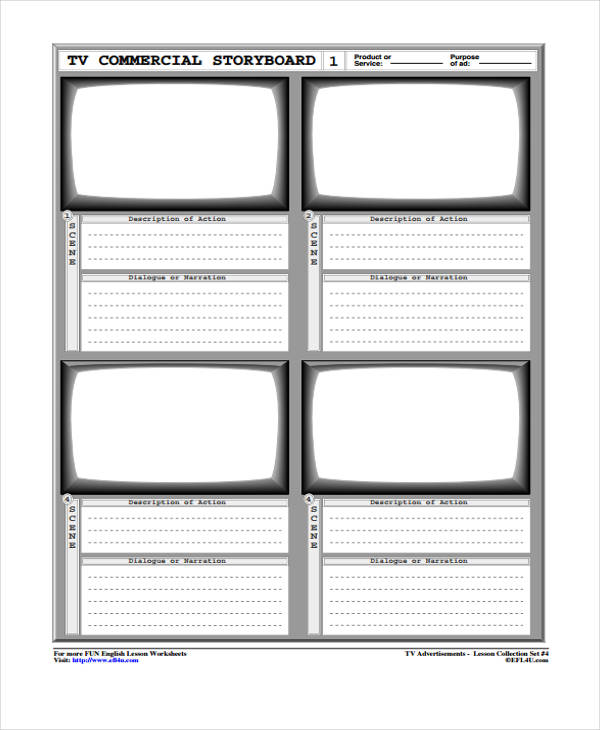 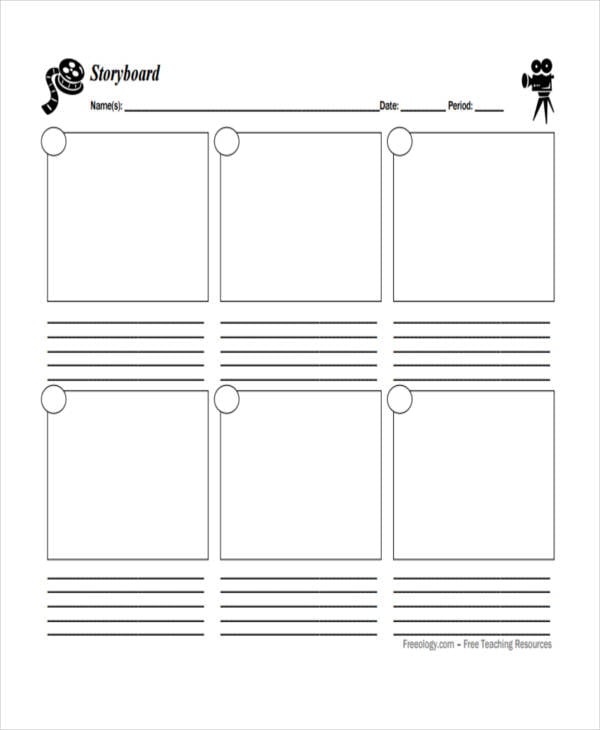 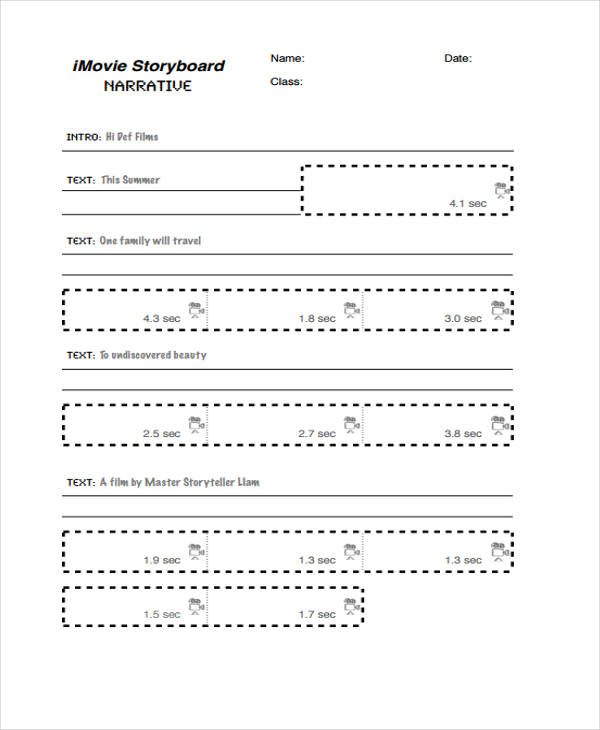 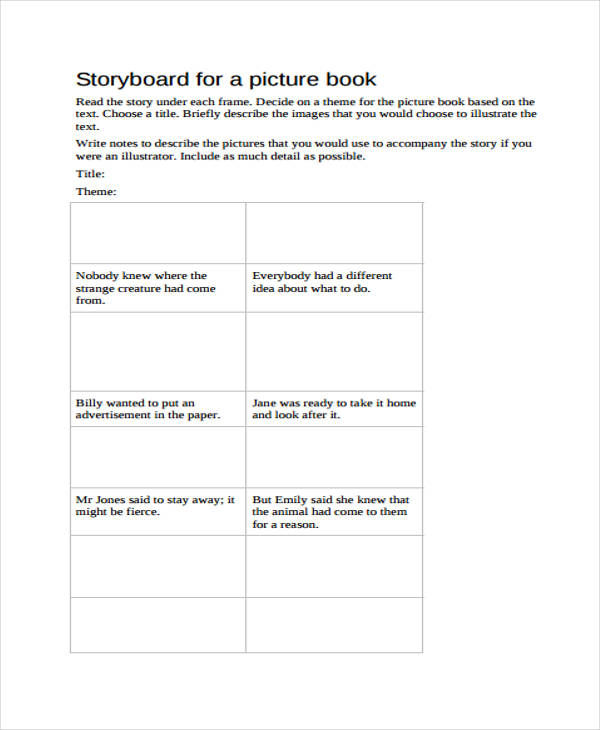 Inclusions of a Storyboard

It is undeniable that flexible storyboard designs and outlines add up to one’s creativity. If you wish to create something of your very own from the story content down to its story twist and sequence, you have to learn what storyboards consist of.

Here are the basic inclusions of a storyboard:

Any printable storyboard template is indeed useful for conveying creativity. In this sense, stories, films, and movies are made easy to understand as storyboards observe proper sequence and order all the time.