All of the people that are having their own innovations or unique ideas must be reminded to keep their originality be in their own hands alone so no one can have it as their own. You can also see Employee Non-Compete Agreement.

Also known as covenant not to compete, where every business must have before they start any deals to prevent anyone to imitating their services that can affect their income in a particular place and period of time. You can also see Agreement Templates. 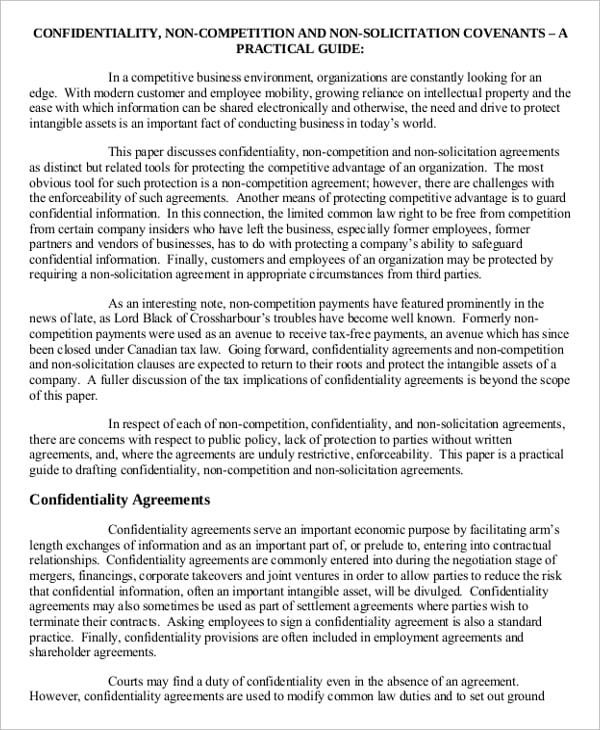 Every non-compete agreement will always have the typical contents and rules where the employees and any persons that has something they have learned from their earlier company or employers should not share or even have their own business with the same service or product. 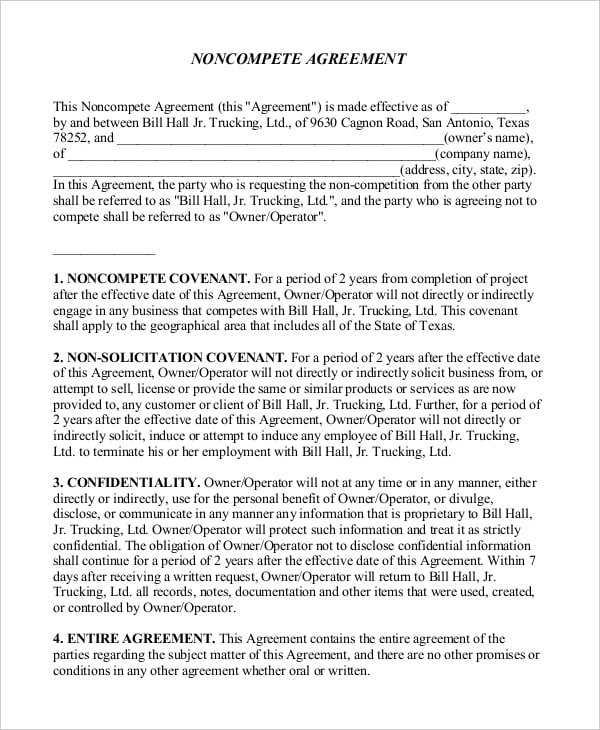 There are usual contents that are seen in a non-compete agreement which this simple type has. There are the rules like not to diverge or reproduce the same idea and products that can hurt the business or design of anyone. 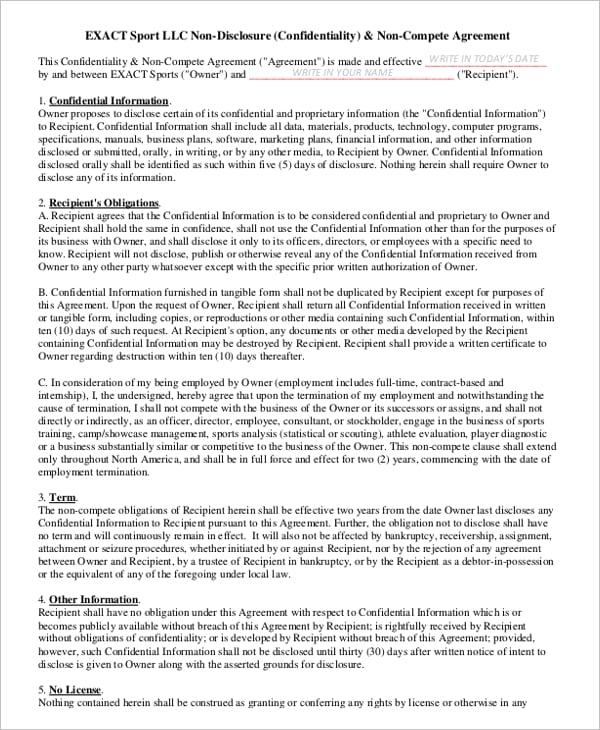 This is the agreement where any parties that signed to this treaty should not ever tell nor record any confidential data that they have earned or learned from their past employers or affiliated companies. They will be liable to sanctions if there are violations seen to his deal. 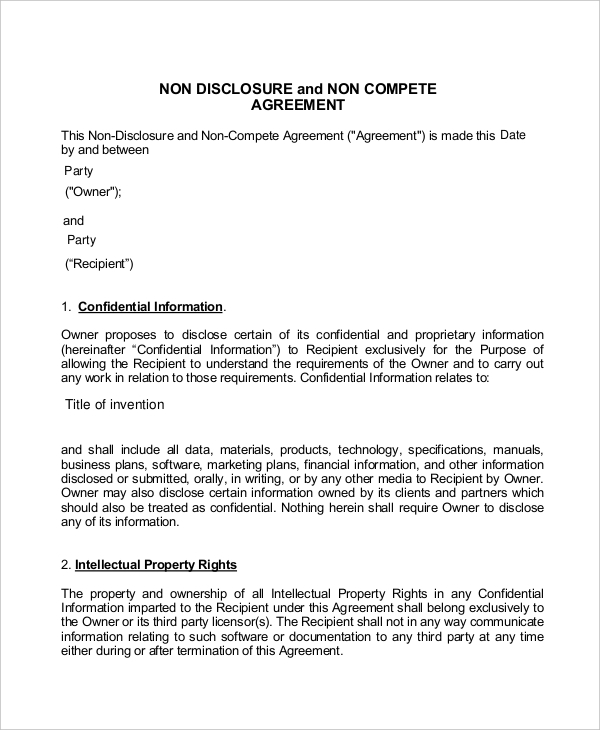 Making intact information secrecy is one way of resolving the success of a business as this will prevent any competitors of gaining the unique ideas and groundbreaking information that will bring anyone to the top. 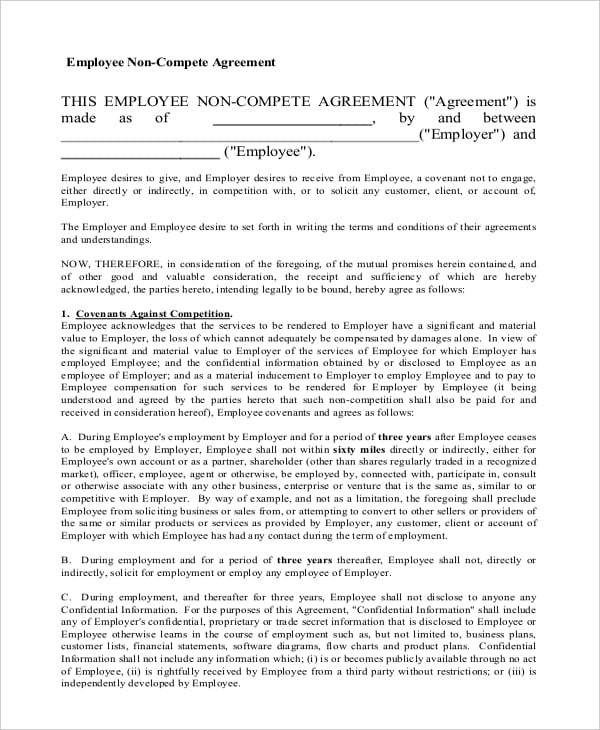 Whenever you are having a non-compete form, you should consider to having your own format and set rules that is created by the owner or head of a business that can be easily distributed to their personnel for perusal and following as long as they are in the company or even when they are not anymore an employee of it.

This document will reassure that there is discretion of private data that should be followed uniformly by all personnel working in the same company even if they are presently hired or not. It will be the document that can be a basis where there are any violations that an employee has done to the integrity of the company and to trace any leak of information done. You can also see Rental Agreement Template. 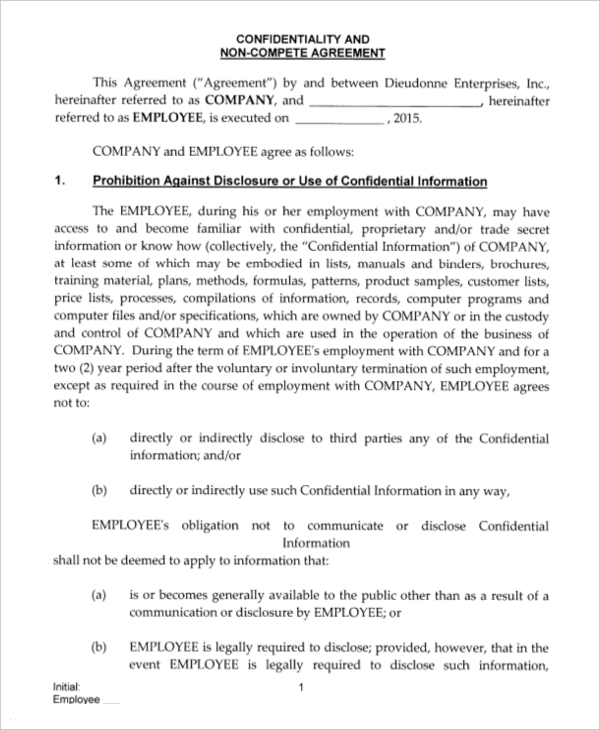 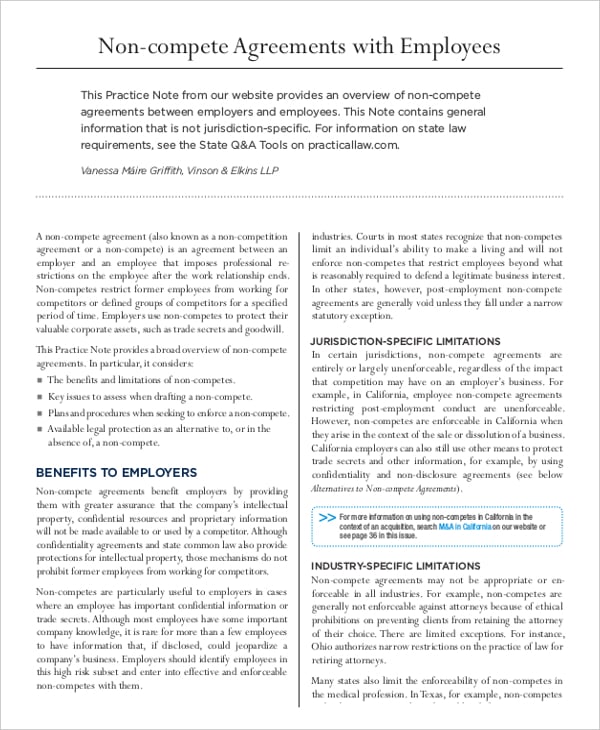 > When do I need a General Non-Compete Agreement

Every business owner or employer can take this to assure that there will be no problem of securing the integrity of the business or information they have as their own property. In the name itself, it can be applied to any type of businesses or intellectual property that must be secured in order for making it private for a long time. You can also see Partnership Agreement Template. 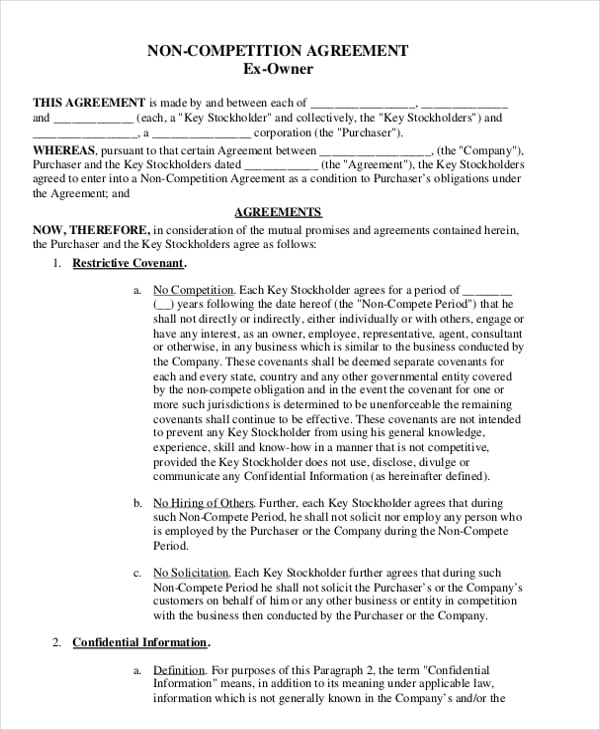 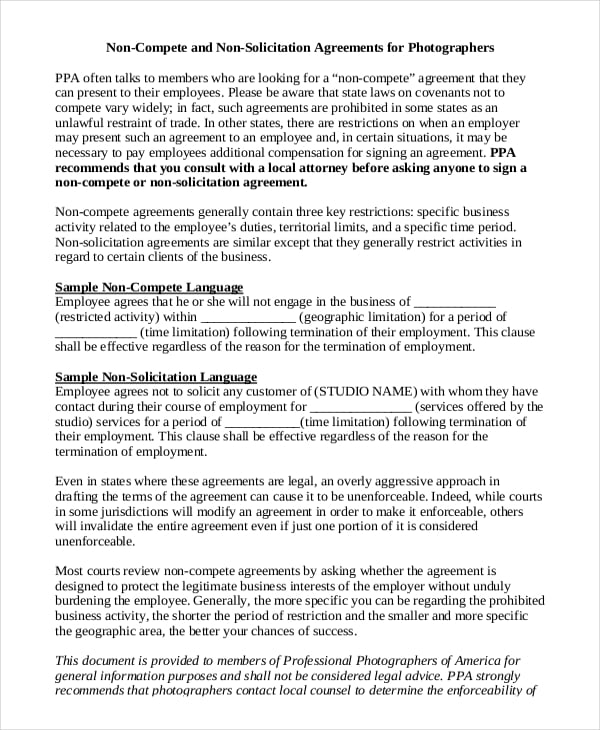 > How to Create a General Non-Compete Agreement

To have a format of your own that can contain all the rules and terms of the said agreement, you can search online for wide sources of references then choose any ideas that you seem fit for your use. Then have it modified that will only be well-matched to the type of business or ownership that the user has which will secure its secrecy for good.

Keep in mind that you must allot a new rules for each items to be non-competed in order to avoid any confusion and errors. You can also see Franchise Agreement Template.

You can have this document in Microsoft word, excel and pdf file where all of the contents of the agreement can be downloaded and printed instantly; this will help the user for quick distribution of the contract. For a more specific and novel way of having this document, send us your request to have it your own way.