A Confidential Disclosure Agreement is also known as nondisclosure agreement (NDA) or secrecy agreement. It is principally a legal agreement signed between minimum two parties. Its main motive is to outline information that the parties are willing to share with each other for specific purpose but it has to be restricted from further usage and spread. The parties agree that they would not reveal the private information included in the agreement. You can also see License Agreement Templates. 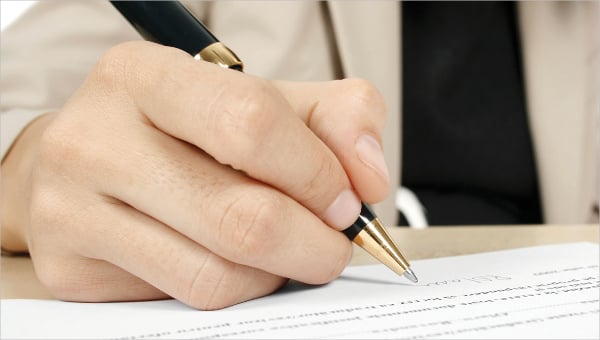 When is a Confidential Disclosure Agreement needed?

A Confidential Disclosure Agreement is required usually when the concerned parties are going for an association with each other and for that purpose, they have to get an insight into the processes, methods or technology used by each other. It is only to evaluate the potential for the future relationship or collaboration. In the outsourcing industry, NDAs come really handy for the parties. Also, employees who are developing patentable technology can also go for NDA. 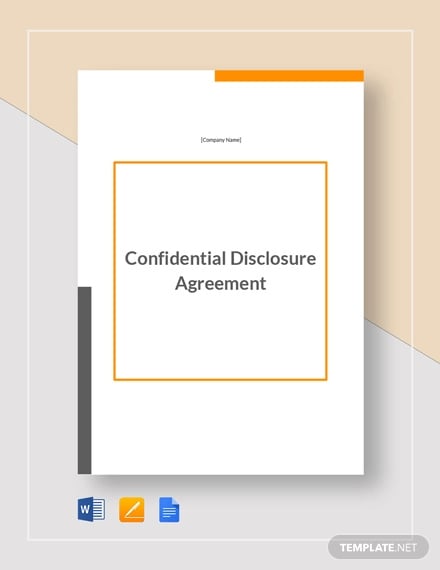 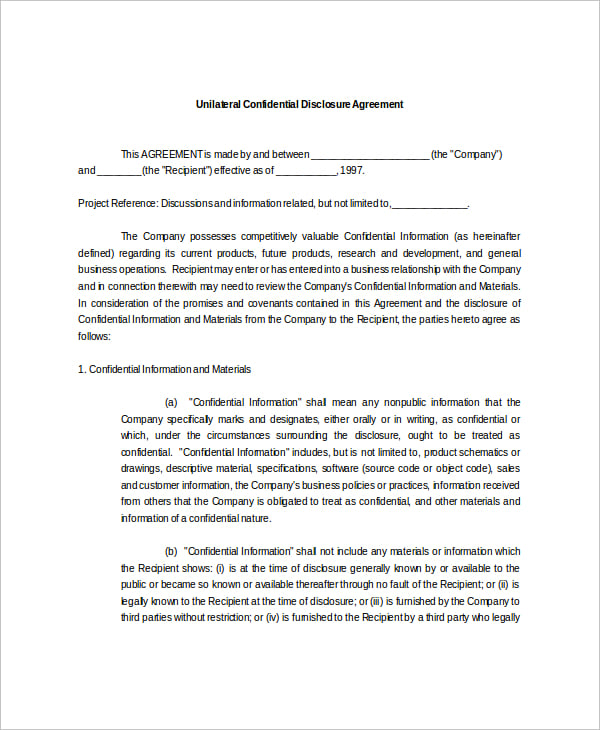 Unilateral NDA is a one-way agreement wherein one of the parties is willing to disclose some information to another party but wants that the information should remain secret due to some reason like secrecy requirements that are needed for satisfying patent laws. It also makes sure that the information is not used without compensating the discloser party. 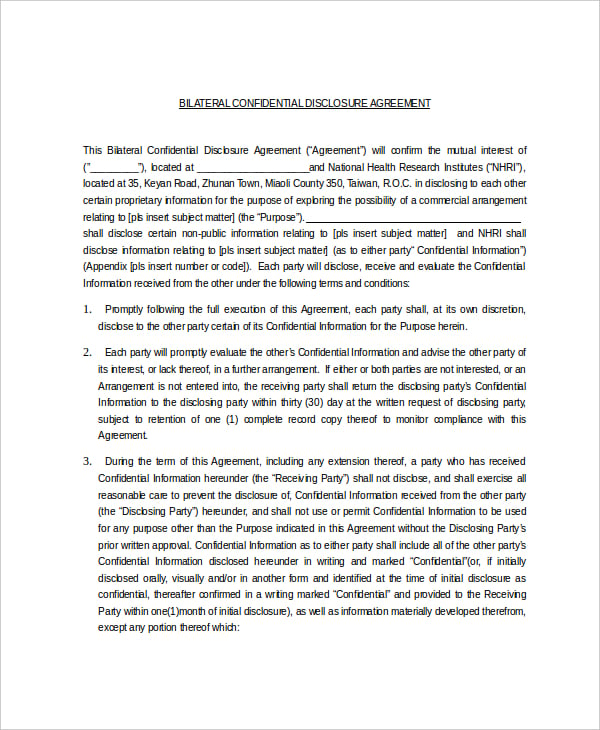 Bilateral nondisclosure agreement is a mutual agreement according to which the concerned parties will be disclosing information but it should be kept private. Such an agreement is signed when businesses get into a joint venture or get merged. 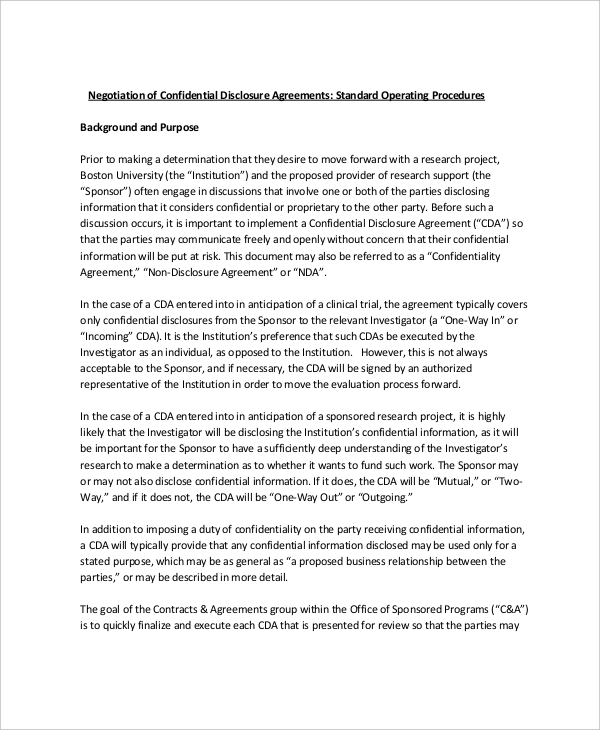 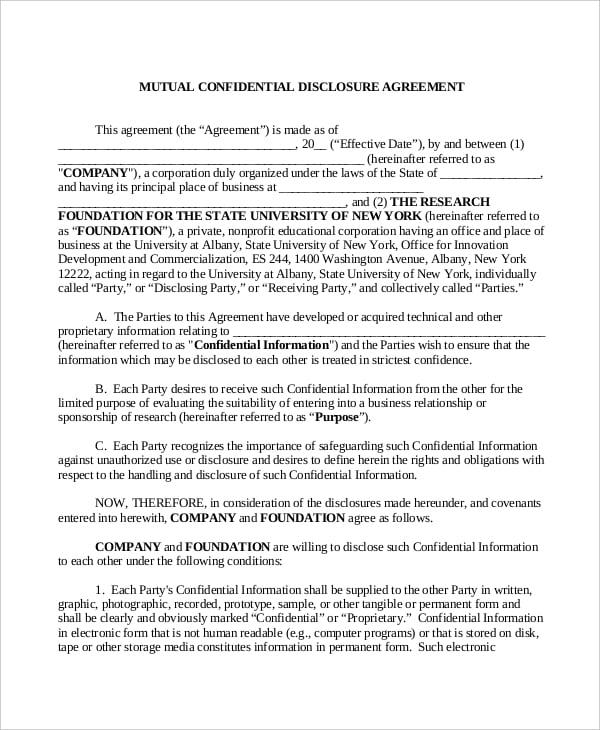 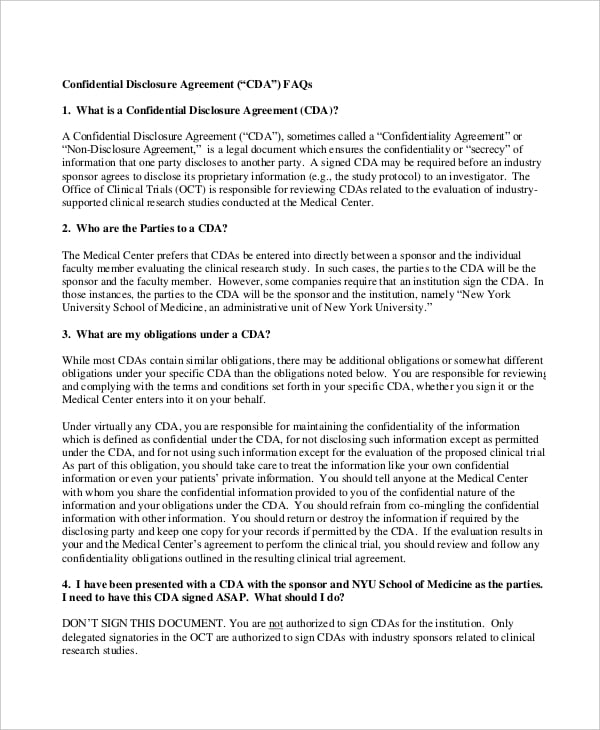 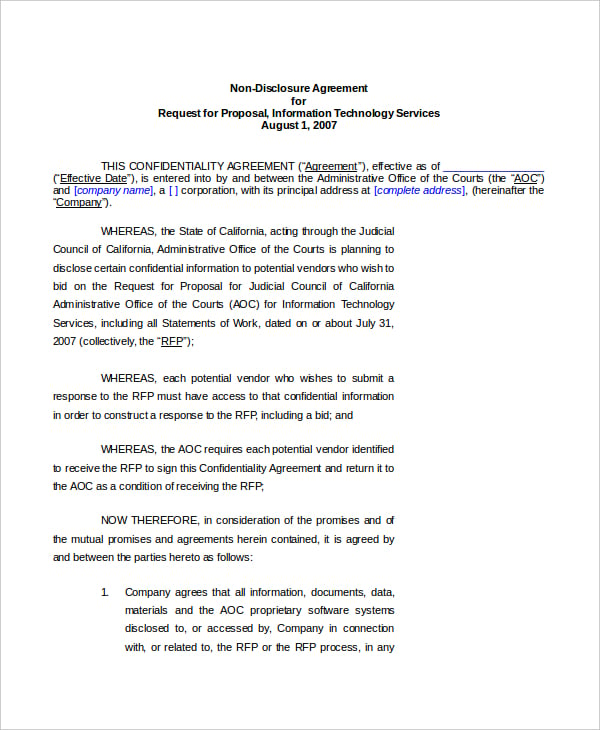 > How should an NDA be prepared?

A nondisclosure agreement is mainly prepared to protect any type of private information. They should take into consideration issues as follows:

The NDA should appropriately define confidential. Financial information, lists of customers and vendors, business ideas, unpublished patent applications and other technical content is usually included in this.

Information that is not revealed in the disclosure period is not considered to be confidential.

The restrictions on the confidential are not valid in the following cases:

4. The time period of the agreement

5. The duties of the receiving party in context to the confidential information

6. The law and jurisdiction can be chosen by the parties according to the court or country they follow

Sometimes, NDAs mandate that the receiving party should give the disclosing party a prior notice that they have to disclose the information because of legal actions or any court order. They ought to cooperate with the party so that judicial protection can be sought for.

8. Avoid the clause of returning/destructing the information

According to some NDAs, the information has to be returned or destroyed after termination of the NDA. This could lead to a compromised legal protection in case anything goes wrong. It is best to avoid such a clause.

Huge range of Confidentiality Disclosure Agreements is available as word documents as well as PDF formats. According to the field of your operation and the receiving party, you can modify the terms and conditions in the agreement. We are also flexible to consider your suggestions and change the format. These Agreement Templates are responsive to the most widely used software versions too and can be easily printed.