To get a legal right to sue in case of any confidentiality agreement, whatever the nature of the agreement or the statement contained in the same, it is necessary that parties are bounded by a legal agreement under legislation for keeping the secrecy of information. Any agreement or contract which is not governed by any law or under the provisions of the law can not be binding on parties as it becomes void-ab-initio. You can also see License Agreement Templates. 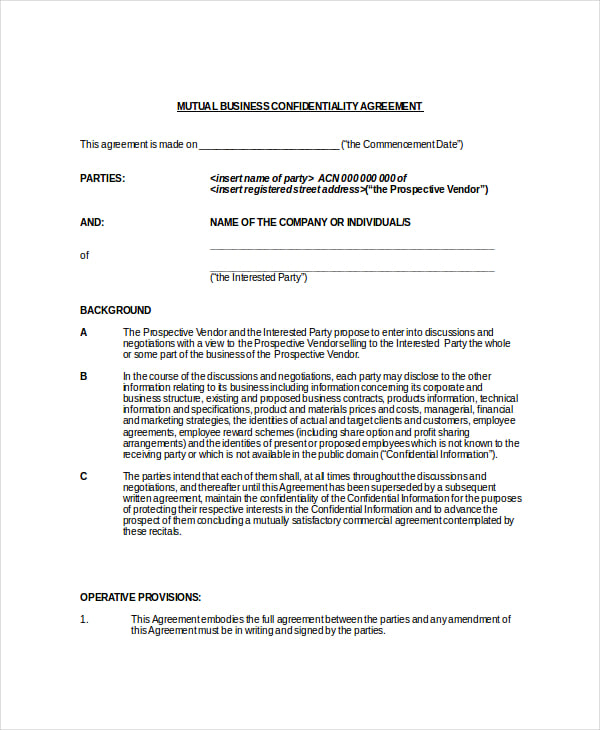 After getting the free consent of the party and on the payable liability of lump-sump consideration, one party gets the right to restrict the other party for non-disclosure of certain crucial information. Though there are two or more parties who sign the legal contract papers in the individual capacity but the binding nature rest with only one party. 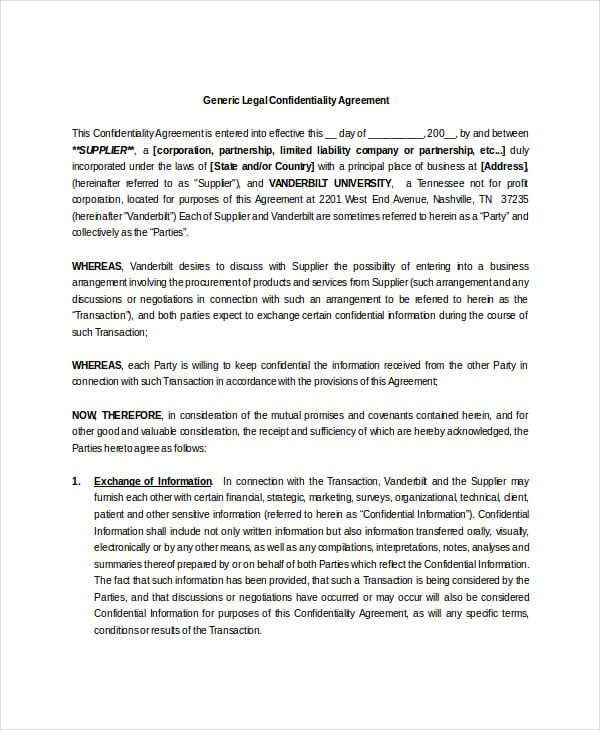 In all confidentiality agreements, there are some common parts and aspects that need to e followed strictly. On the removal of the same, the whole agreement will be worthless as this contains the root clauses and statements. Generic legal confidentiality form deals with all required provisions as well as legal aspects in the given time frame. 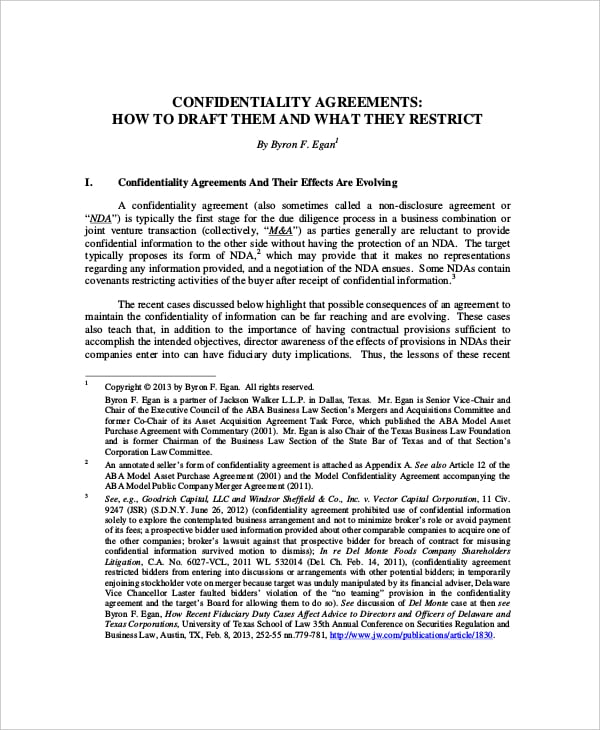 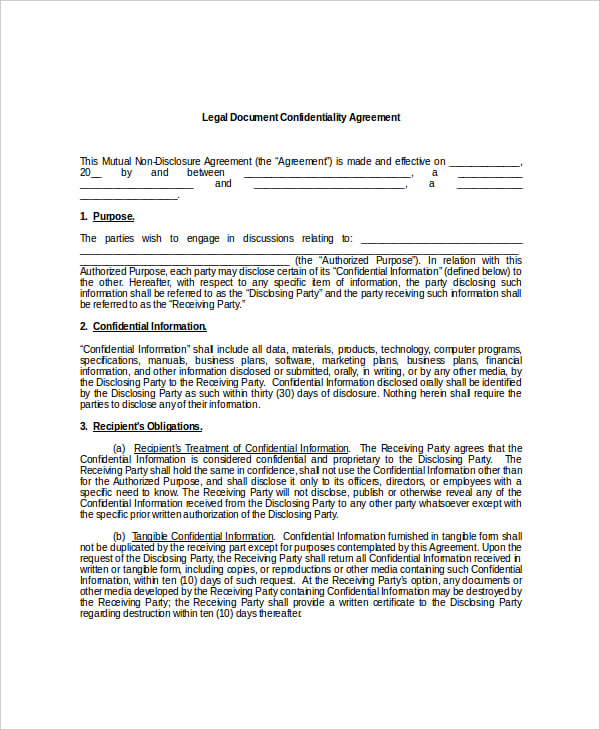 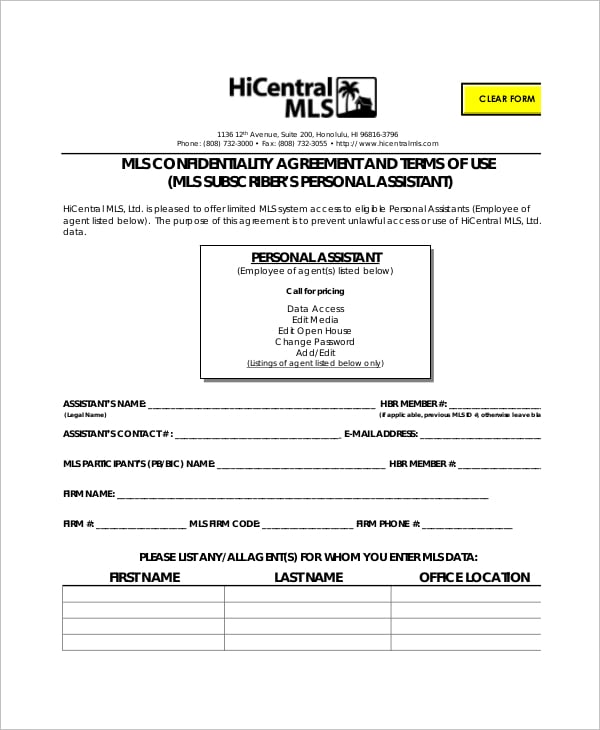 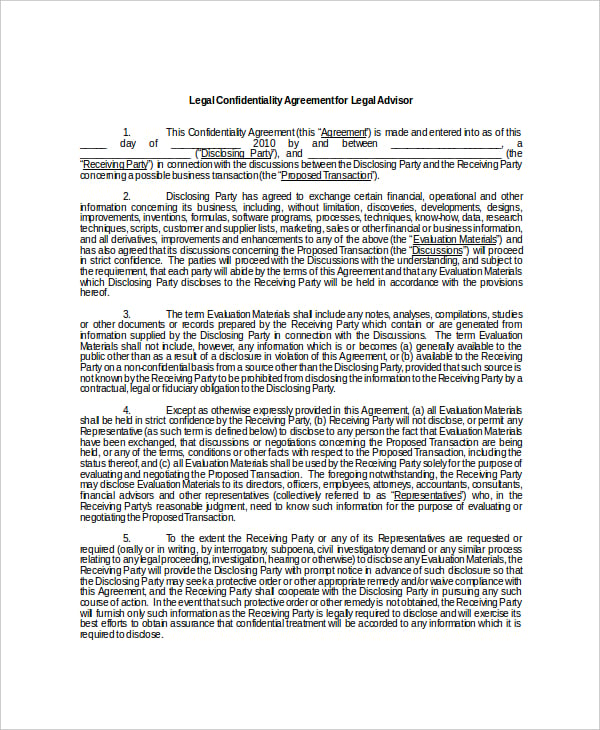 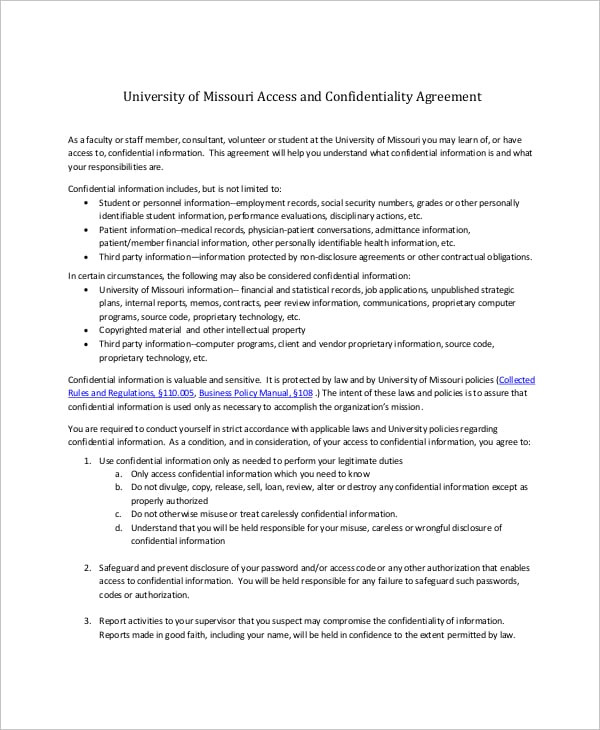 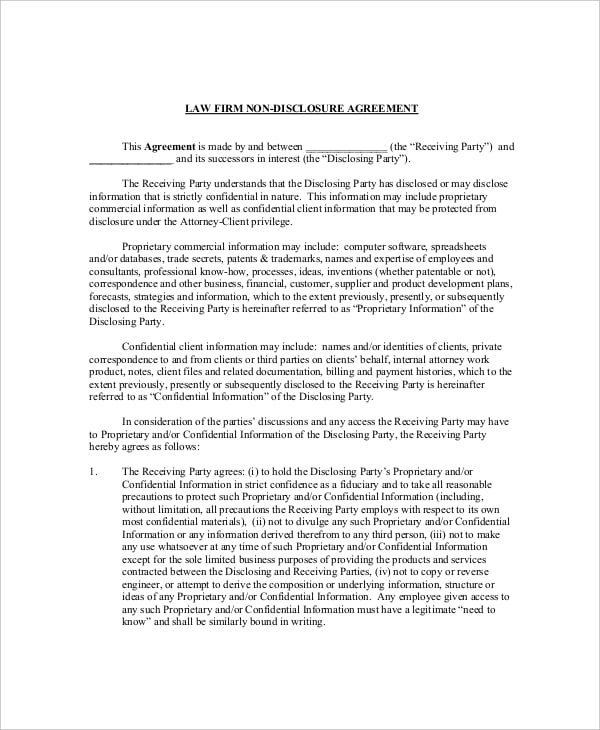 Generally, a valid legal contract between parties for non-disclosure of any specific information pushes them to customize and sign the legal documents of the same to create an obligatory legal confidentiality agreement.

> Coverage of the Agreement

Whatever clauses or statements we furnish in a legal confidentiality agreement, the required person may customize the same with the help of our expert as we provide experts’ facility too for the betterment of the clients. Though we provide word document as well as PDF format agreement, but it is easier to customize the clauses in the word document. Get the easy printout of the same and read the whole contract completely before signing. You can also see Basic Confidentiality Agreement.