It is mainly used to develop a healthy confidential relationship or collaboration between the parties so that all types of proprietary data and business secrets stay protected. You can also see License Agreement Templates. 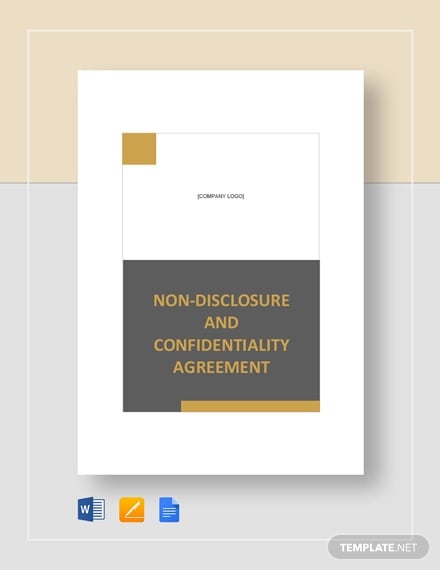 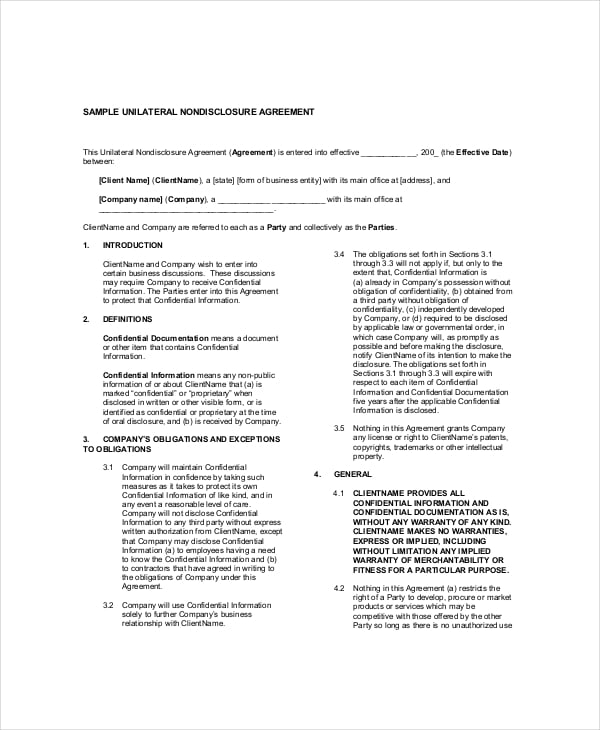 When one party has to reveal some information to another party and wants it to remain confidential, unilateral or one-way NDA comes into picture. It is mainly signed to ensure that the receiving party cannot use the revealed information without appropriate remuneration or other form of compensation.

Classification of Nondisclosure and Confidentiality Agreement

Going by the number of parties the nondisclosure agreement binds, it can be divided into the following two types: 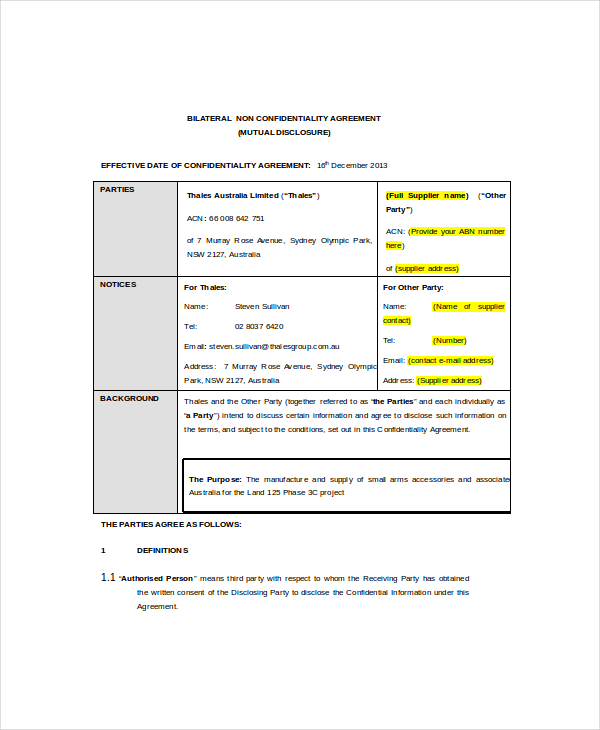 A bilateral or mutual agreement is signed when all the involved parties have to disclose information that have to be protected. Joint venture or merging of businesses involves such an agreement. Many a times, it is seen that a mutual NDA is insisted so that the deal remains just and balanced. 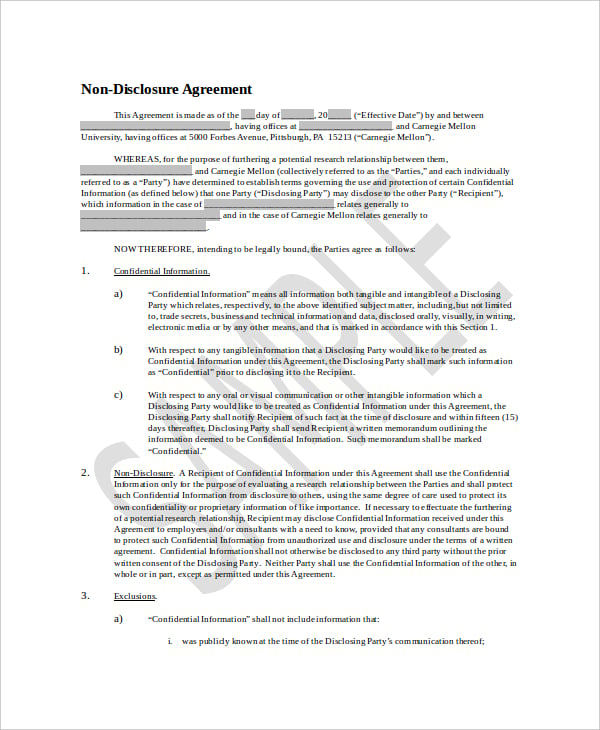 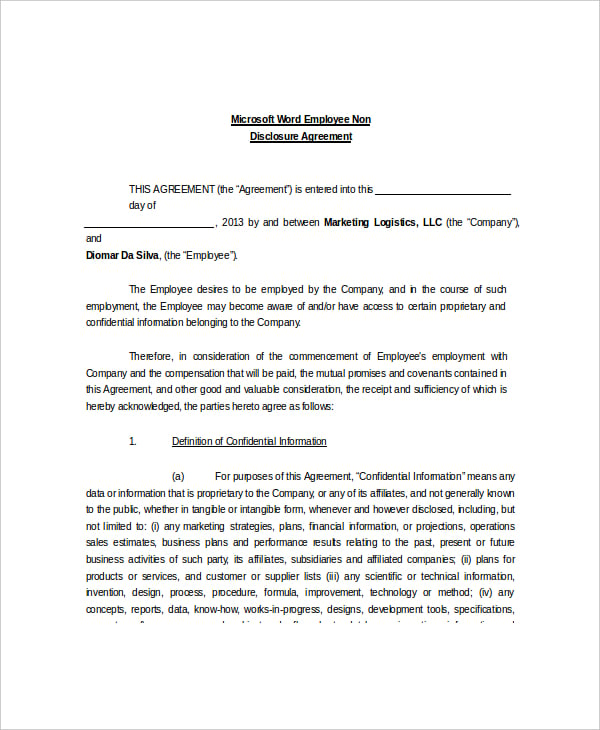 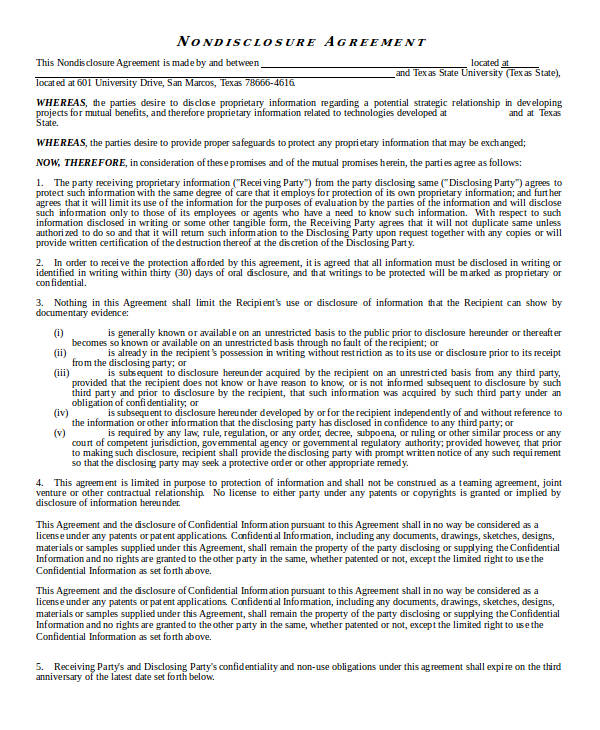 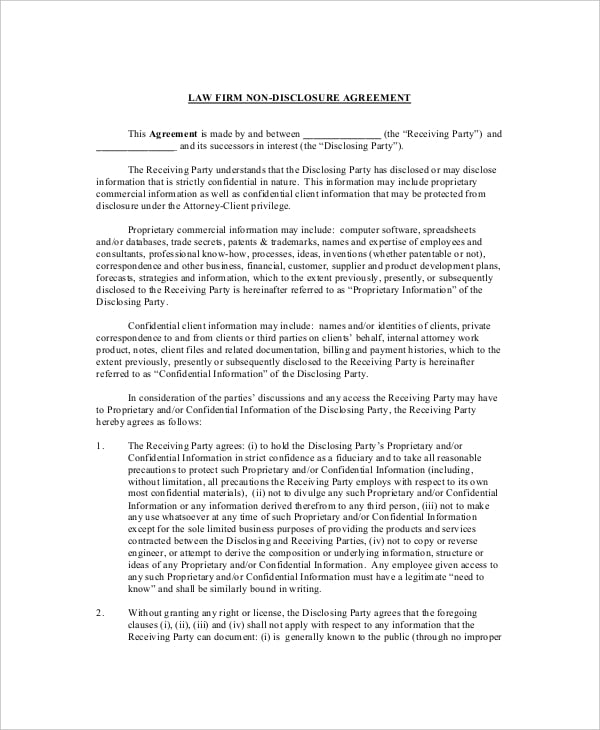 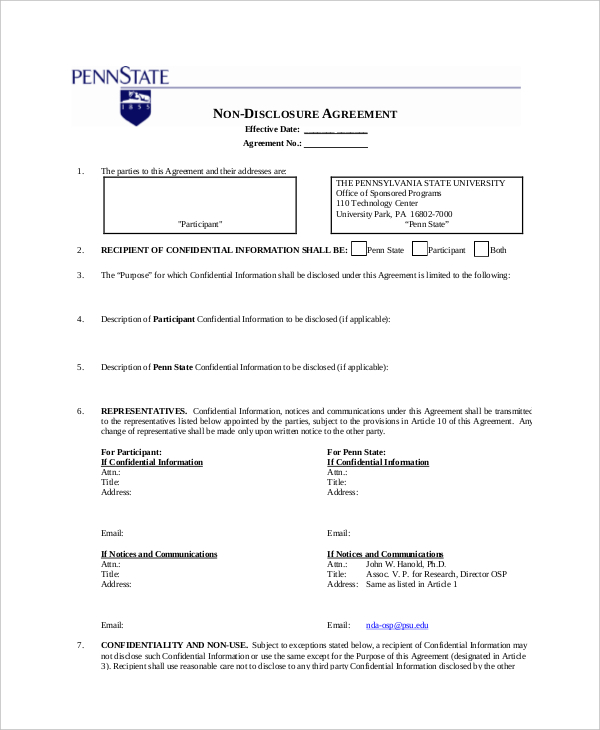 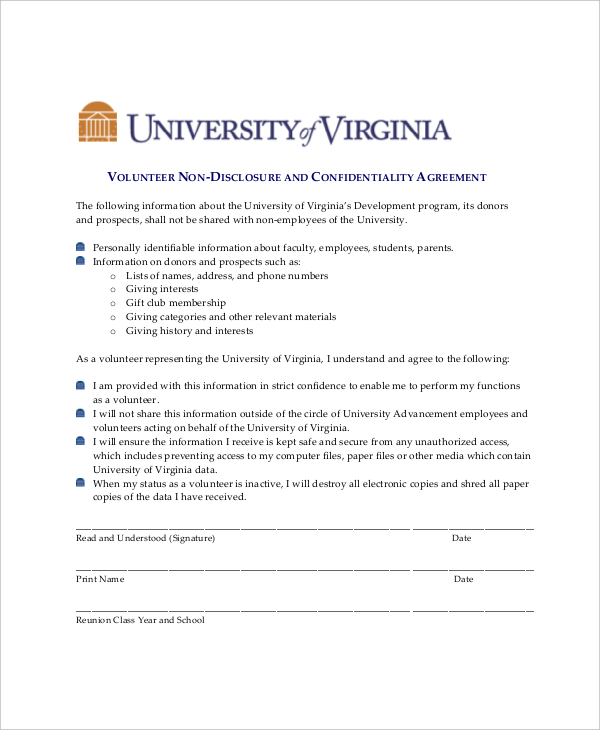 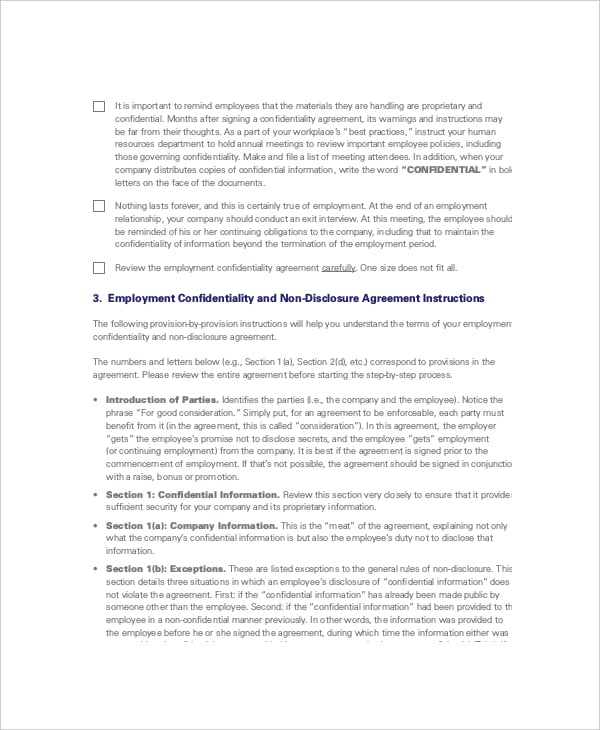 NDA is a legal agreement so it is very important to have some standard provisions regarding the same. These provisions are as follows:
1. Outline of the confidential information

Defining the confidential information is the first and foremost thing to consider while writing an NDA.

2. Information that is not confidential

Information that is in the public domain beforehand or if the receiving party was already aware of it from another non-confidential source, it is not considered to be private. You can also see Basic Confidentiality Agreement.

In instances where the receiving party has to disclose it for legal purpose, the NDA should not be a hurdle.

4. Use of confidential information

Confidential information should be used only for the relevant business purpose, according to the situation.

5. Who is authorized to access the information within the company?

According to the clauses included in the NDA, the company/companies can inform the employees, contractors, officers and other authorized individuals about the confidential data. However, this is on a “need to know” basis.

In case the private information is related to the products in their development phase or if the agreement is signed with an individual or organization that is helping to develop the product, the disclosing party has to be protective about the information.

Such NDAs are not designed to last forever in most of the cases. They last till the agreement period and one to three years after that. Once that phase is over, it is difficult to keep a track of compliance. Also, the confidential information tends to get outdated with time.

NDAs should be written in language that clarifies the procedural troubles that follow if the parties do not abide by the agreement.

It is mandatory to keep business secrets and other crucial assets of the business confidential. Valuable information related to company finances and other technical knowledge has to be protected in order to sustain the business. NDAs help in rendering vital protection to the involved parties whenever important information about the businesses is shared. Legal action can be sought for in case of breach only if such an agreement is signed between the parties.

Critical nondisclosure and confidentiality agreements can be obtained from us as per the format you are looking for. We even offer tailor made documents that are simple to print. Suggestions and feedback is most welcome so that we can change the Agreement Templates.