A first warning letter is effectively a safety warning letter informing its recipient that some aspect of their behavior merits a warning to amend it. Being that this is a first letter, this can be considered a preliminary warning so as to call the behavior to the perpetrator’s attention.

This kind of letter can be very broad in that different kinds of authority figures can use the templates. For example, attendance warning letters can be used by managers or teachers so as to call attendance to absences on part of either employees or students. In the end, such letters can very flexible tools. 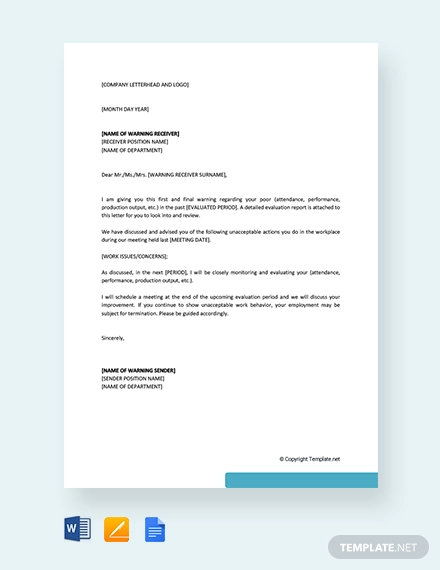 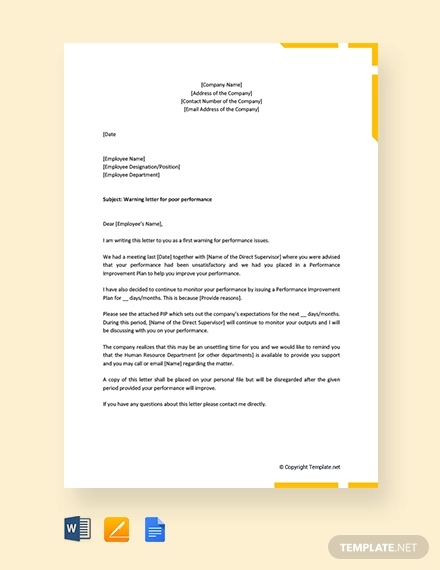 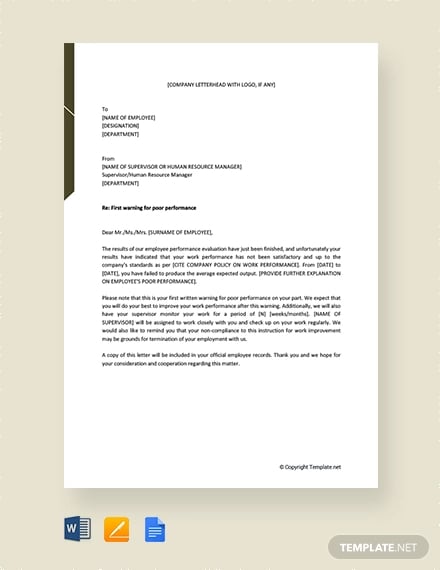 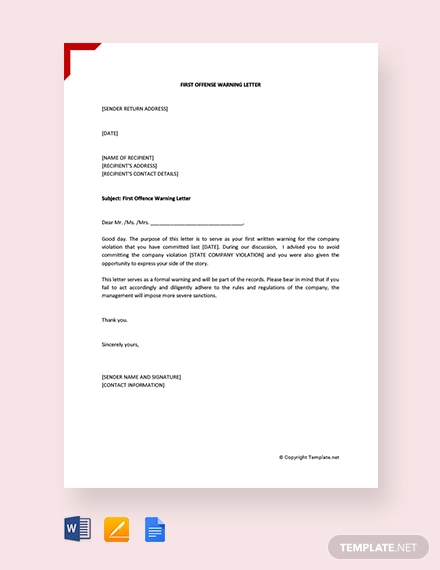 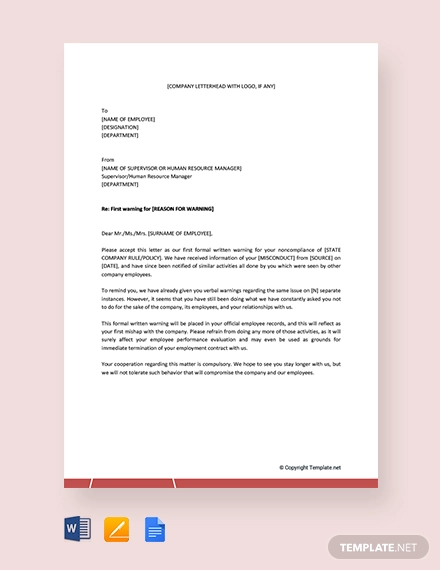 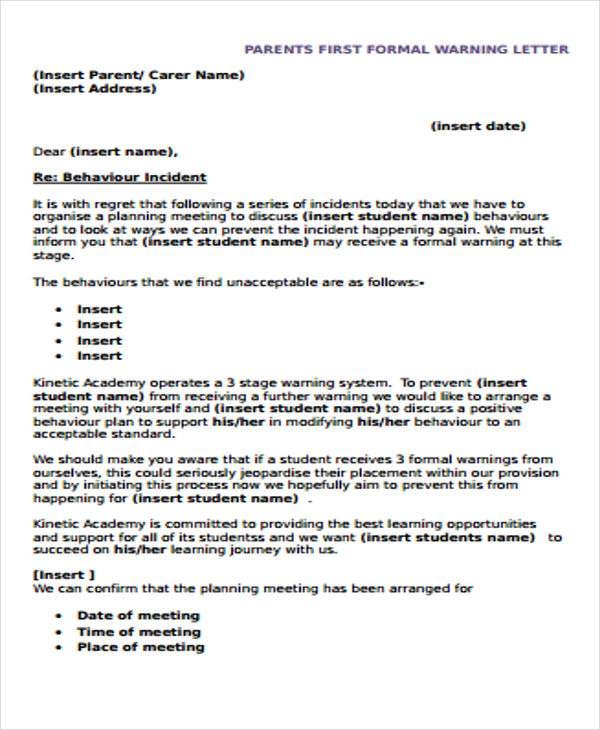 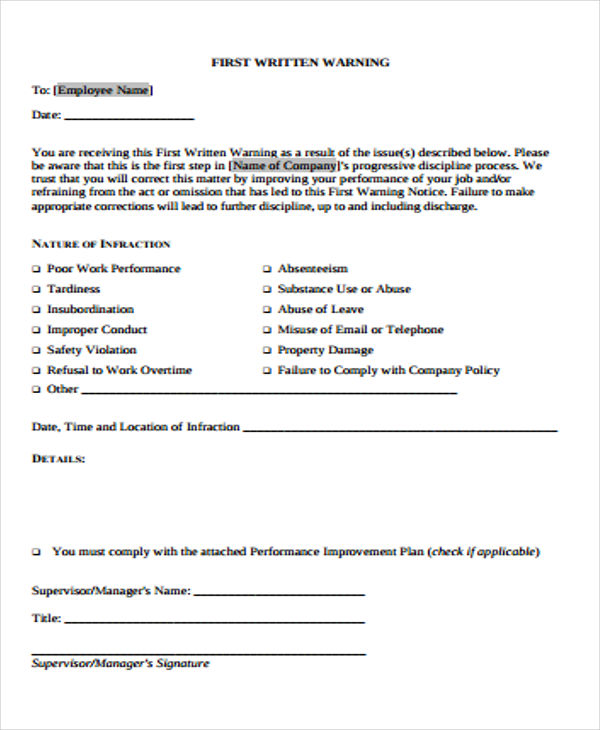 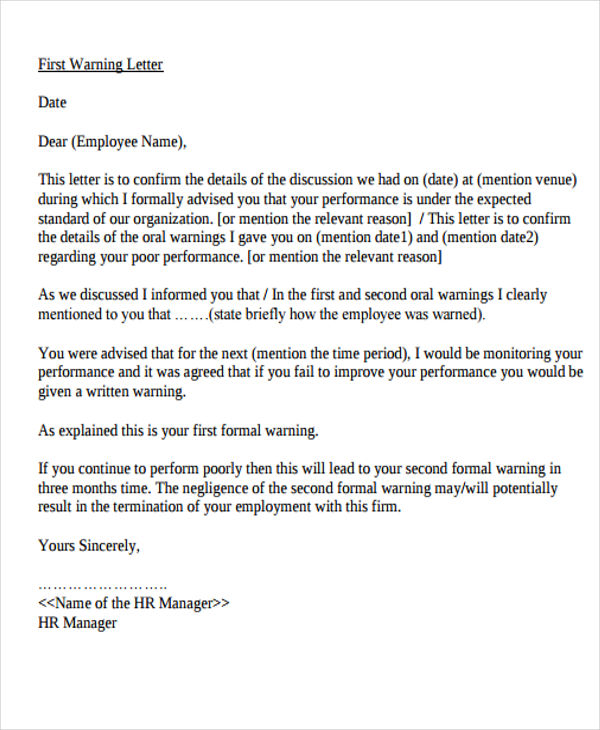 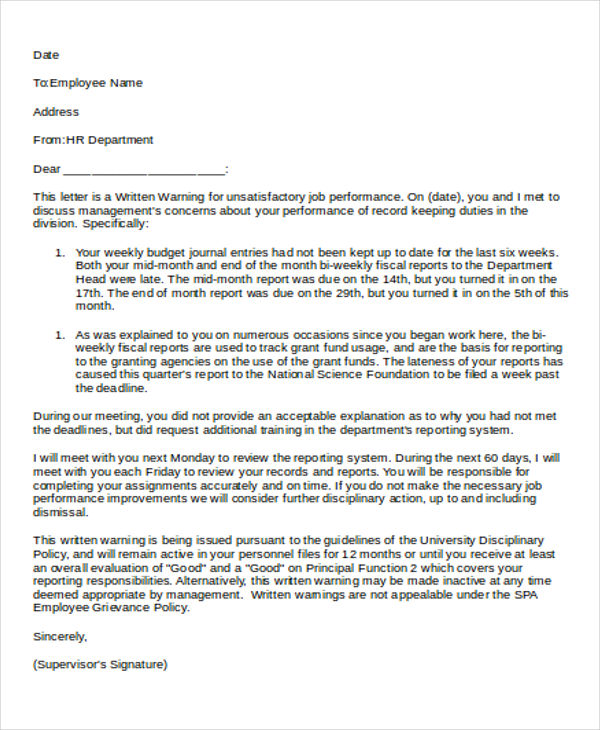 When Can a First Warning Letter be Given?

Such a letter is generally given when your superiors become aware of your transgressions, and you can use warning letter formats to make the job easier. Some other modifiers include:

There are some steps involved in writing letters like performance warning letters that may help you when making your own, such as: 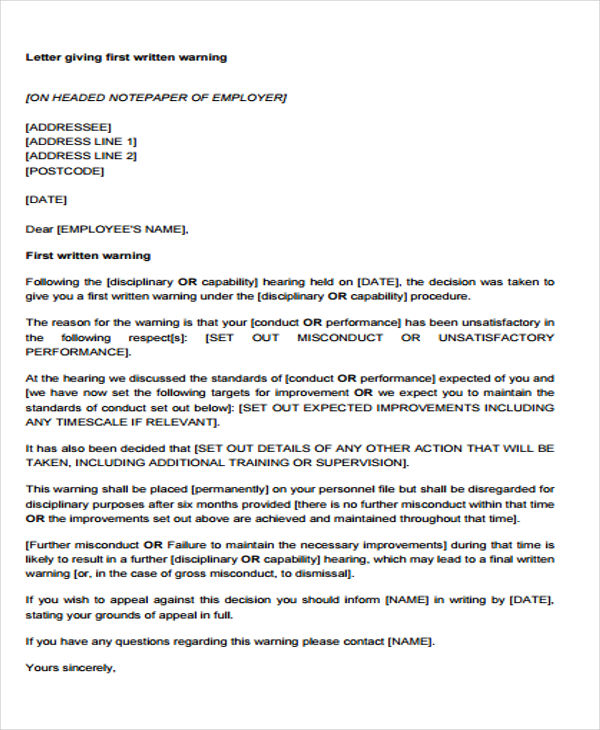 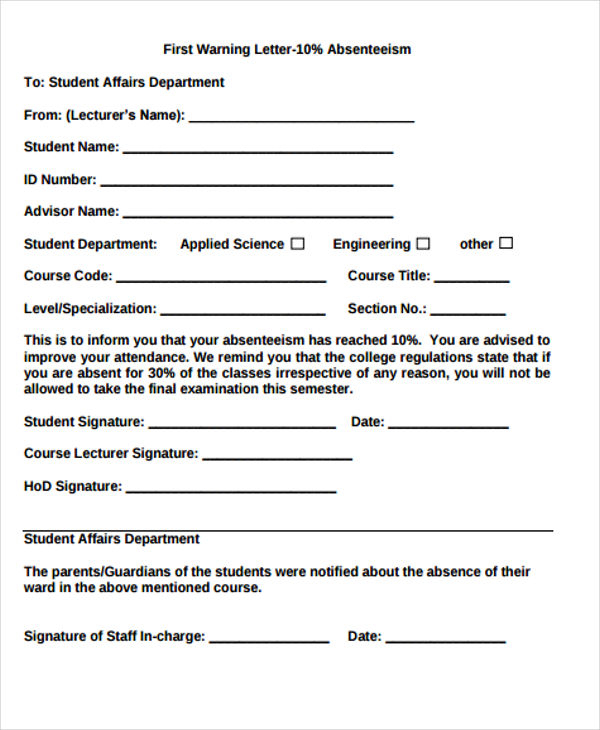 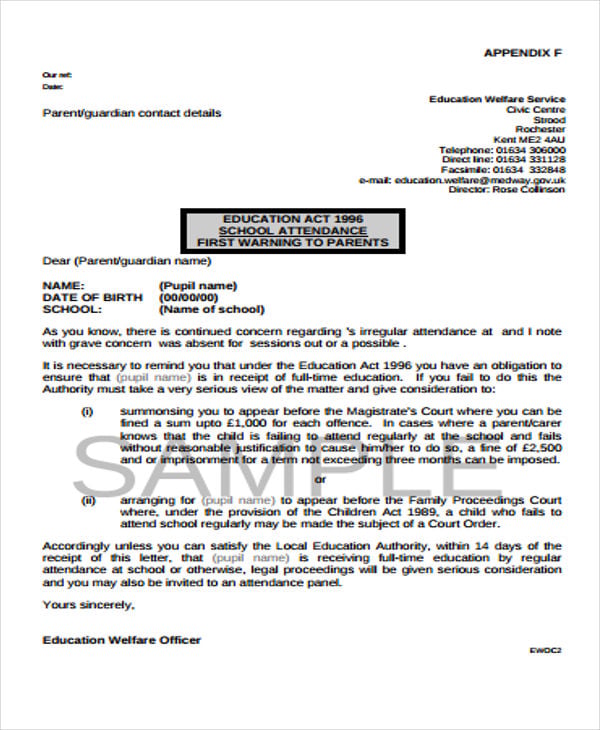 You may also elect to make use of other, similar templates available on this site, if these selections are not quite what you need.