Album covers provide distinctive characteristics to certain individuals, especially artists and musicians, showcasing their one-of-a-kind identities to the public. With a visually-aesthetic album cover design, it will surely capture the attention of the people and make them interested in the content of the album and the artist.

An album cover is the front part of an album’s outer covering or overall packaging, designed with a particular concept or theme. It is based on the purpose of the album, and the brand, identity, or life of the artist.

Album covers are customized to personify the artist and contextualize their creative work like music, and photography. These covers have diverse styles like abstract, experimental, photographic, retro or vintage, illustrated, futuristic, and many others.

What Is an Album Cover?

An album cover is the visual representation of the artist’s work as it creates a striking statement to interpret the overall brand and identity of the artist, and to draw the attention of the public. Made with printed material or digital, it showcases the title of the commercially released studio album, the artist’s name, and graphics. It is available in either digital or physical format.

A wedding album typically consists of a collection of an artist’s wedding song hits. Creating a contemporary and elegant wedding album cover is a great way to feature the artist’s popular wedding songs that came straight from the heart. 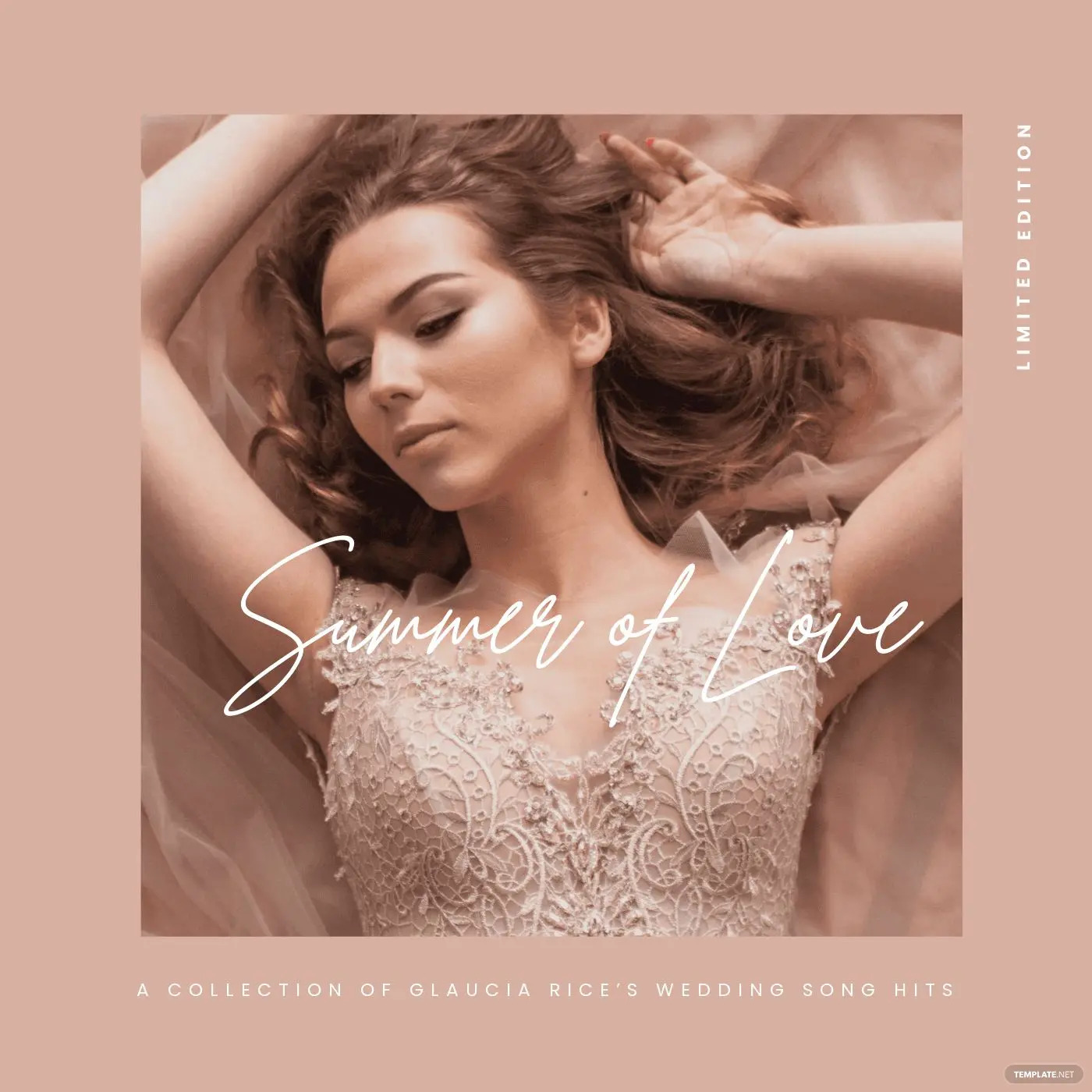 If you are inspired by polaroids, retro, and vintage cameras, make a photography album cover with elements of minimalism and neutral colors like black, white, and gray. 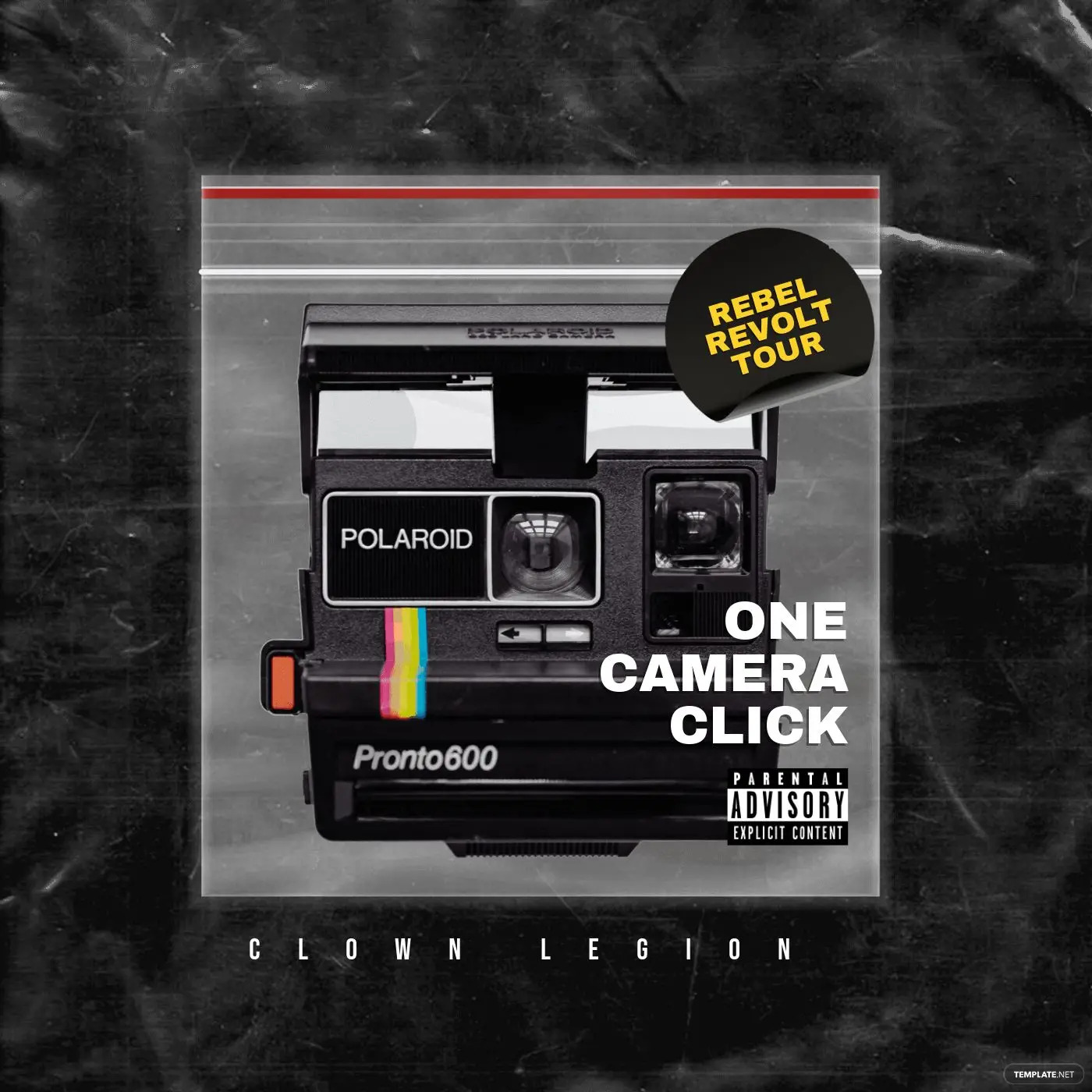 Party albums are compilations of the best party songs for events and occasions, featuring incredibly upbeat, fast-paced pop, dance, hip hop, and rock songs. A cool, reggae-inspired party album cover with stunning psychedelic colors is a fundamental aspect of a party album that brings fun and excitement to the people and captures the vibe of celebrations. 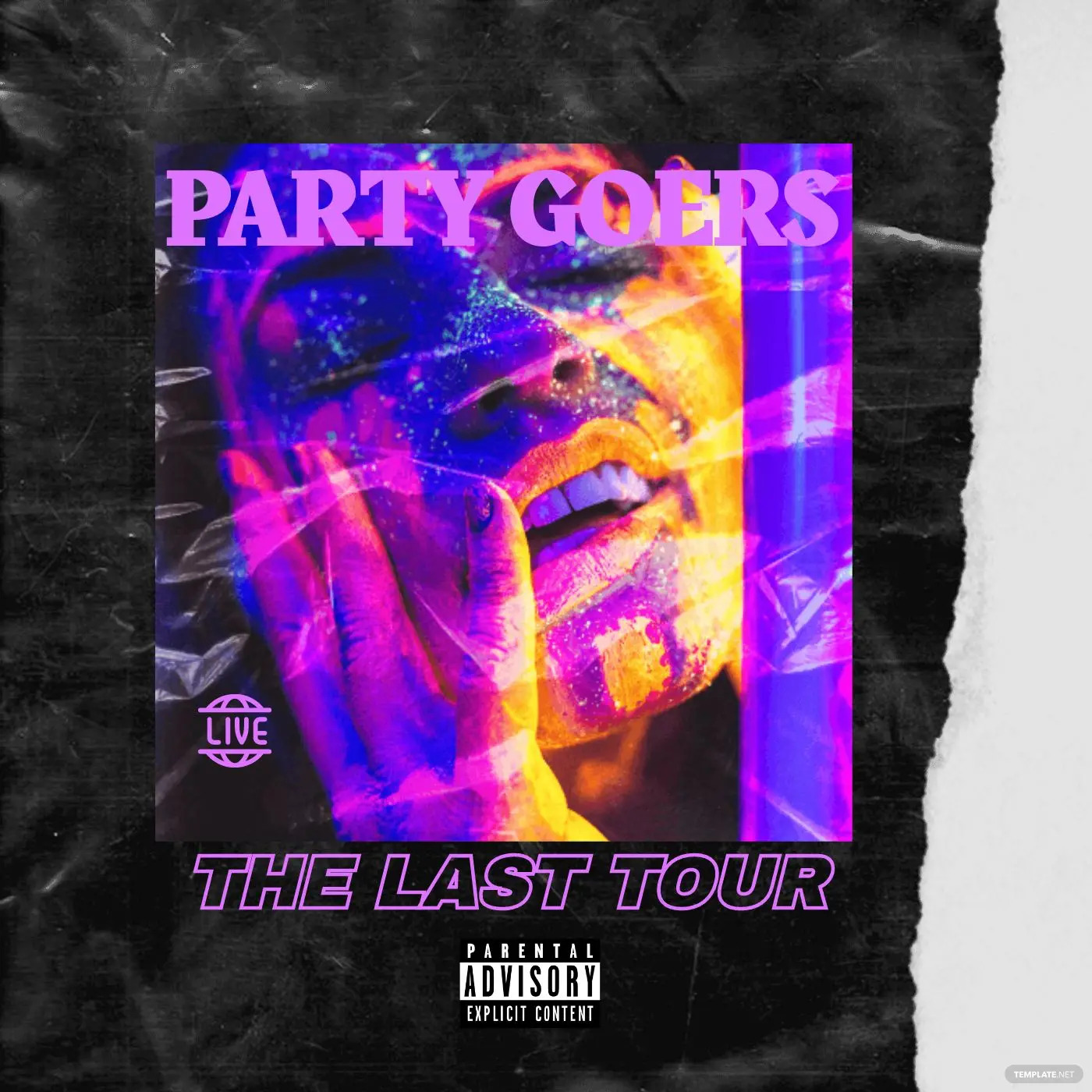 From soothing sounds of the forest, and chirping birds, to tranquil waterfall and ocean waves, nature albums are beautiful music collections of peaceful and healing sounds of the natural world for relaxation, study, work, leisure, and deep sleep. Design a simple nature album cover with calming colors and tones derived from nature. 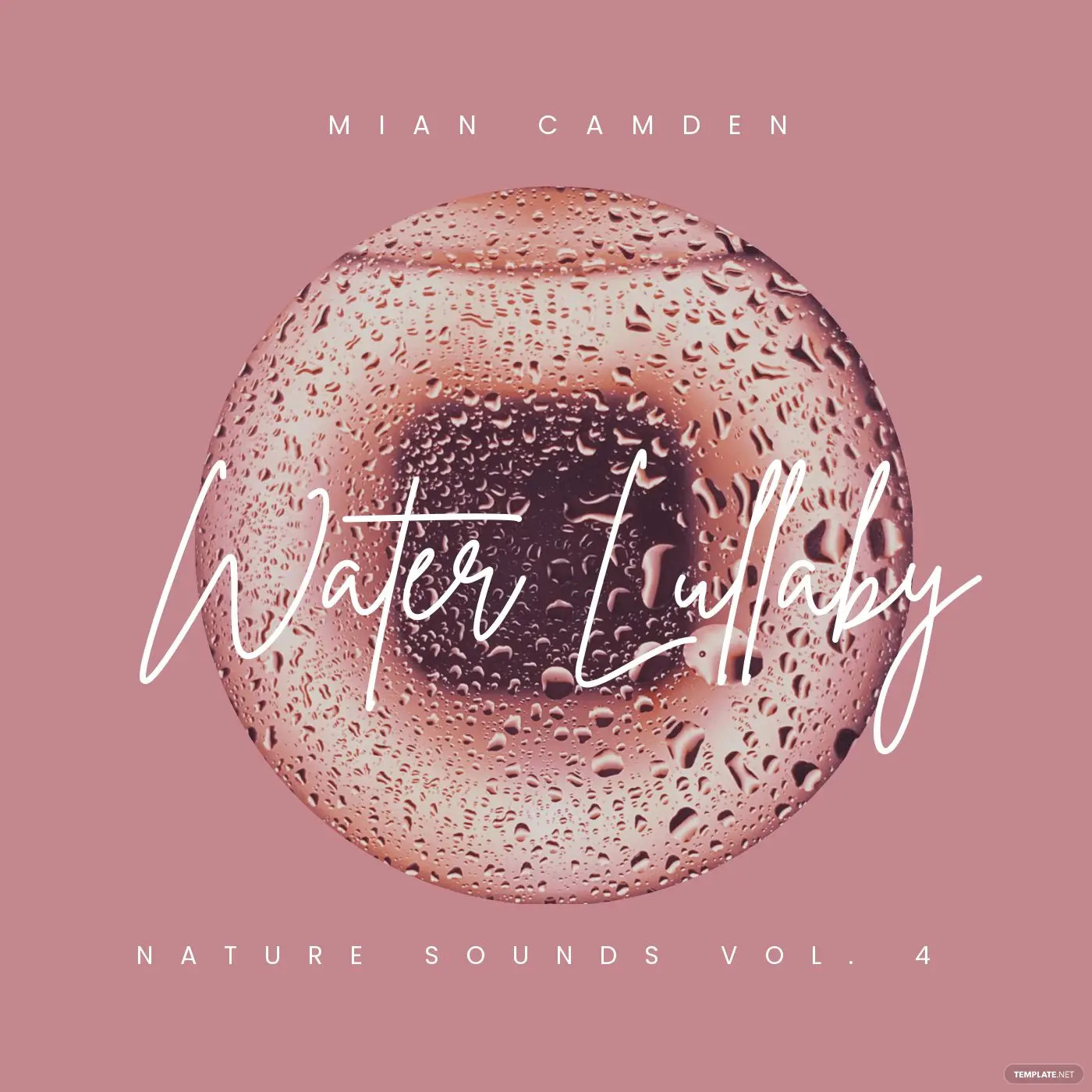 Add bright and colorful vector art to your music album cover. Incorporate some digital illustrations of music theory elements such as treble clefs, bass staffs, tenor clefs, ledger lines, and notes. Contextualize the rhythm and harmony of your songs in the album by drawing multicolored swirls, waves, and patterns. 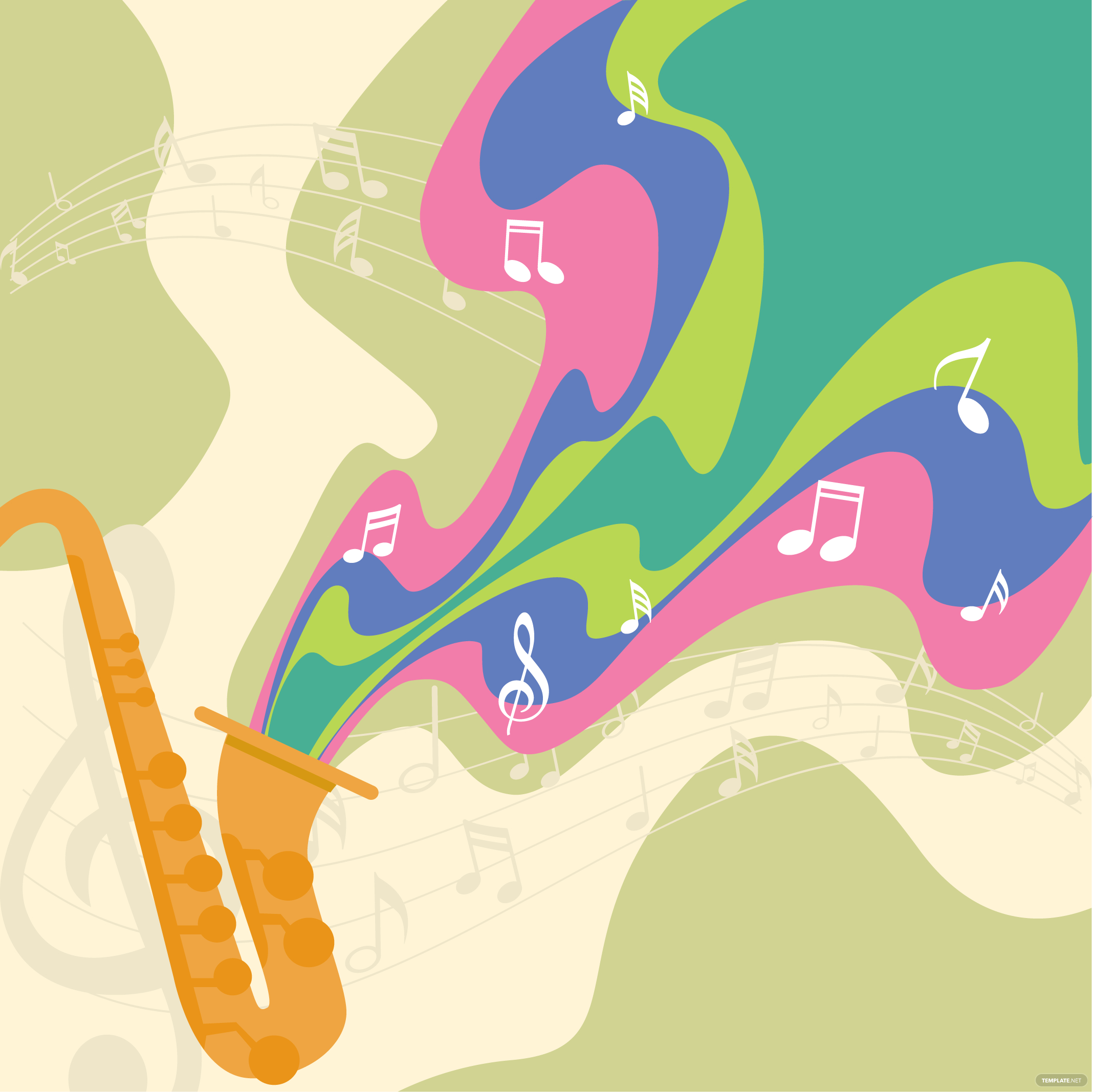 There are many greatest band albums out there released by famous bands such as The Beatles. Develop a breath-taking design for your band album cover with the use of bold, contrasting, or complementary colors, typography art, and a stunning image that reflects the concept of the band’s album. 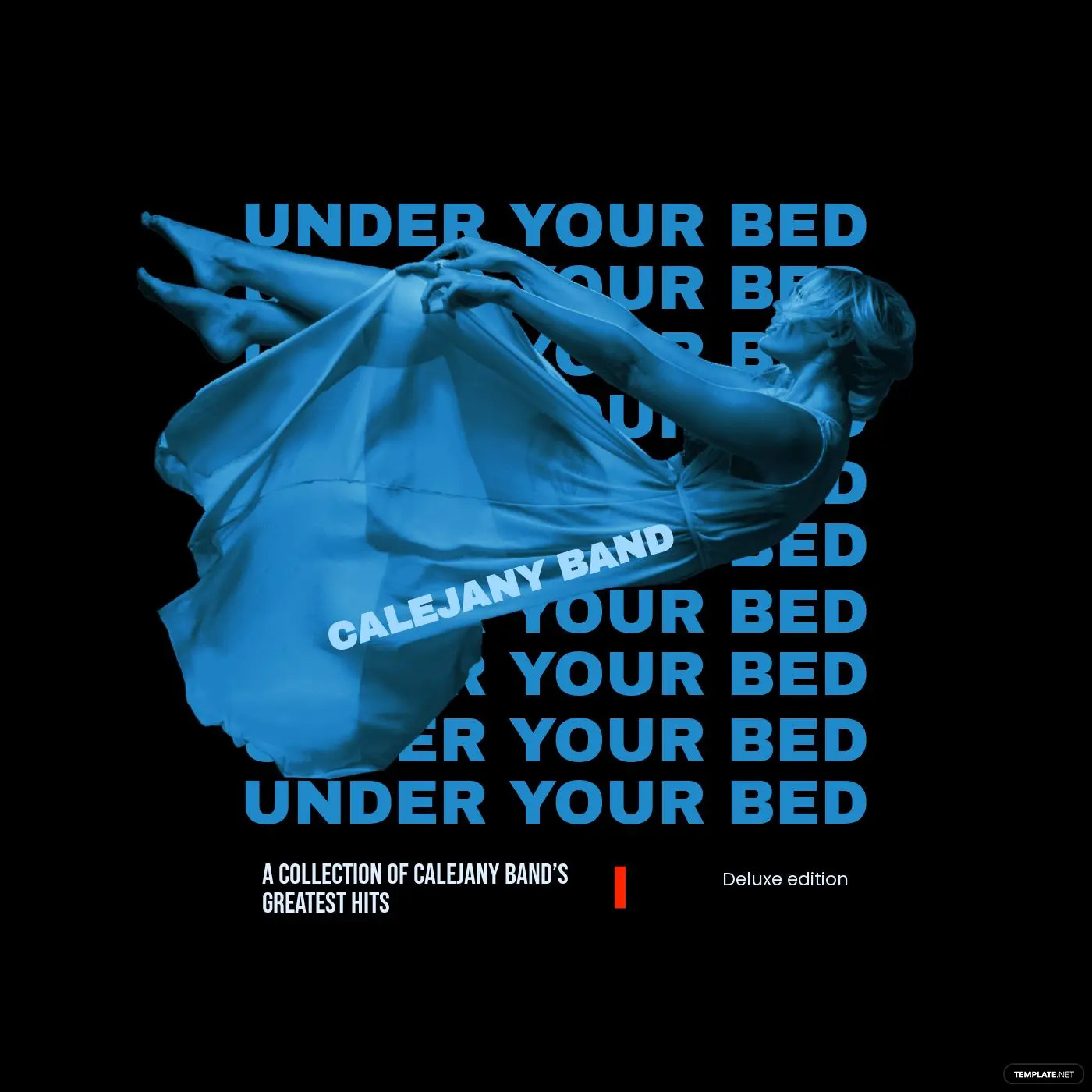 Flaunt your creative prowess when you are making your artistic album cover. Apply some basic graphic design elements and principles to your cover such as lines, geometric shapes, colors, typography, texture, positive and negative space, unity, emphasis, contrast, scale, and repetition. 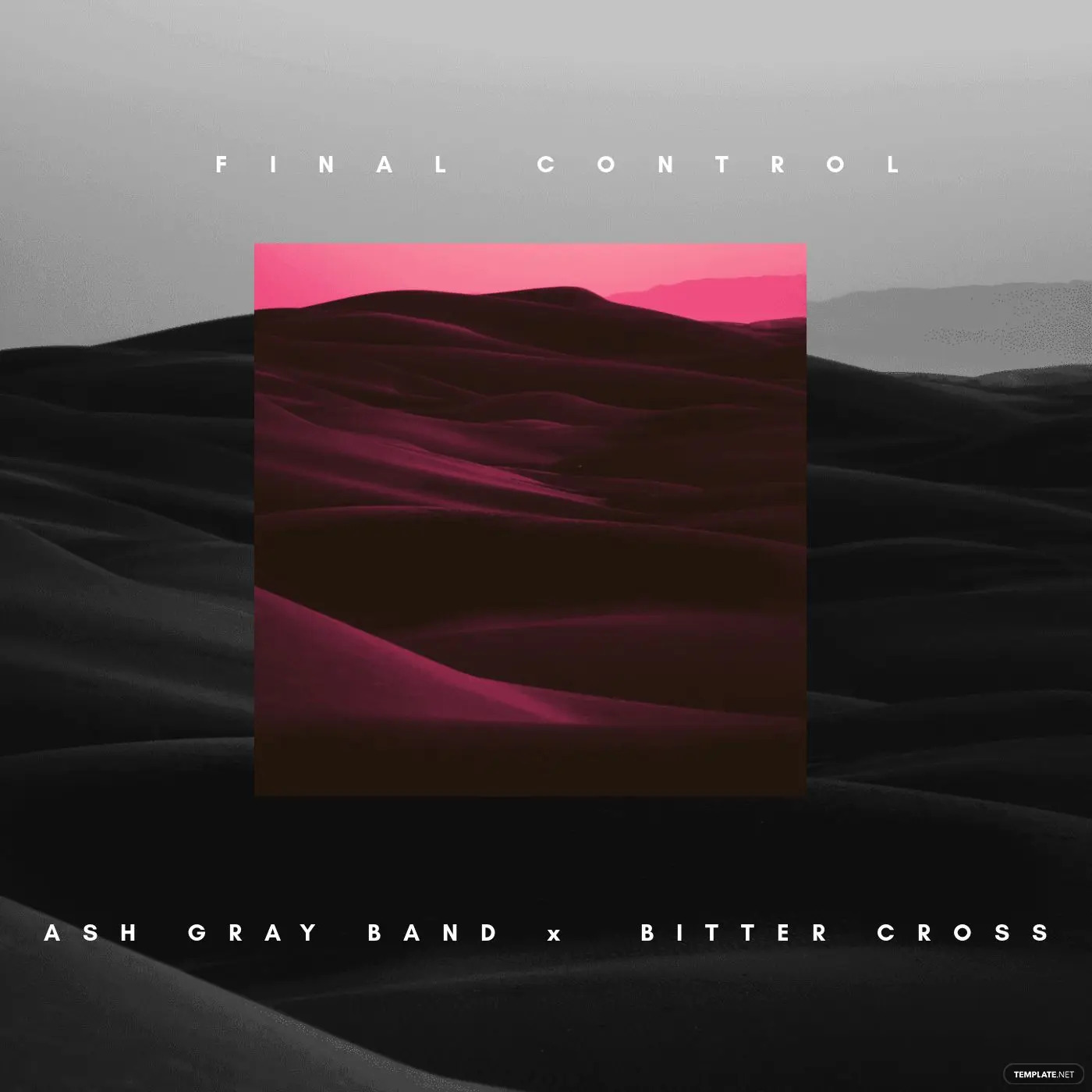 Mesmerize your audience with an attractive CD album cover that contains a sensuous image with striking colors like hues of red, black, blue, and pink. Be straightforward with the use of pictures that parallel the title of the album. Get inspiration from album covers of artists such as John Legend, Kanye West, and Drake. 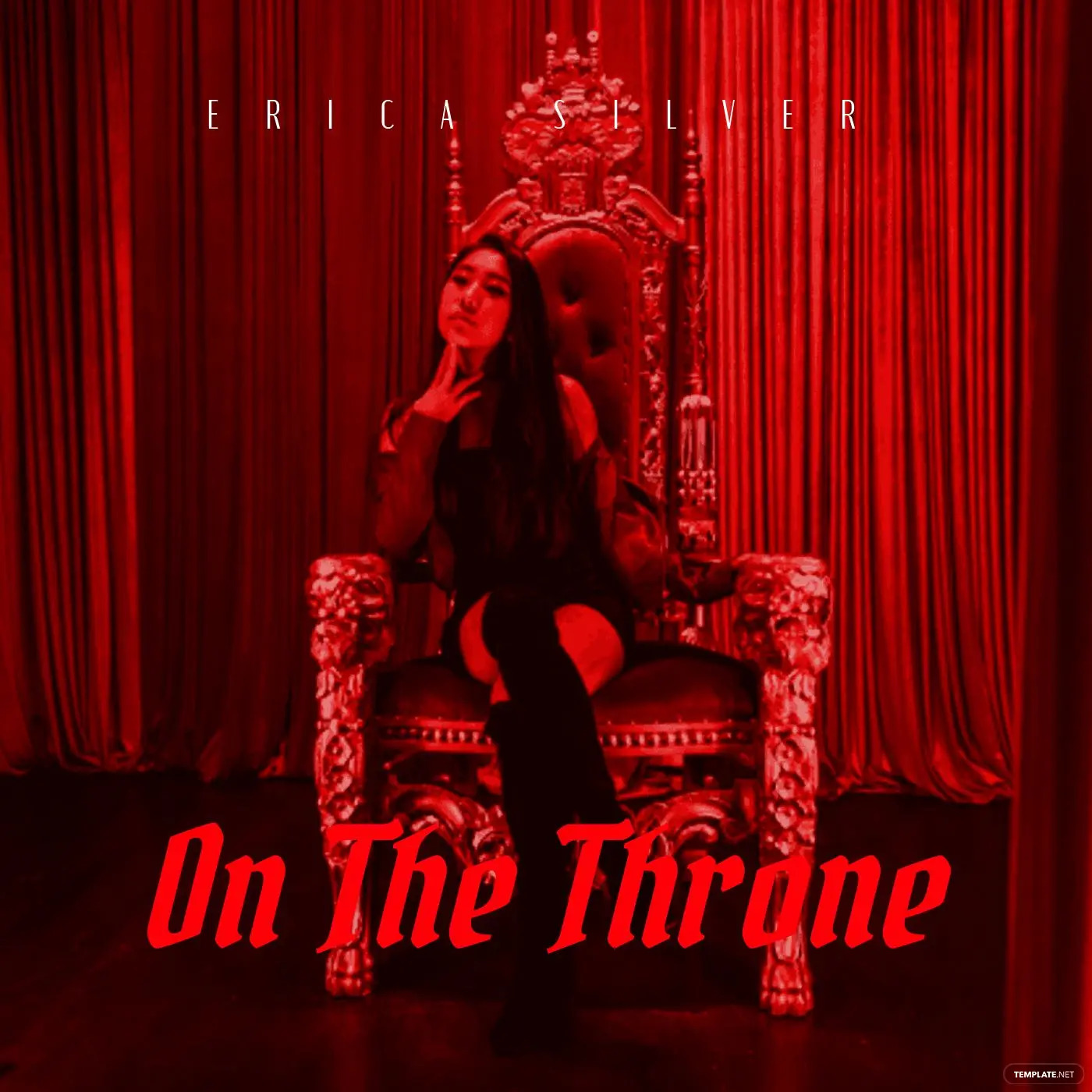 During the holiday season, Christmas songs are commonly played in various shops, cafes, restaurants, malls, and other places at all times, day and night. Create a brilliant Christmas album cover with an image of a Christmas tree in a pitch-black background that perfectly captures the festive soundtrack of jingle bells and wintertime. 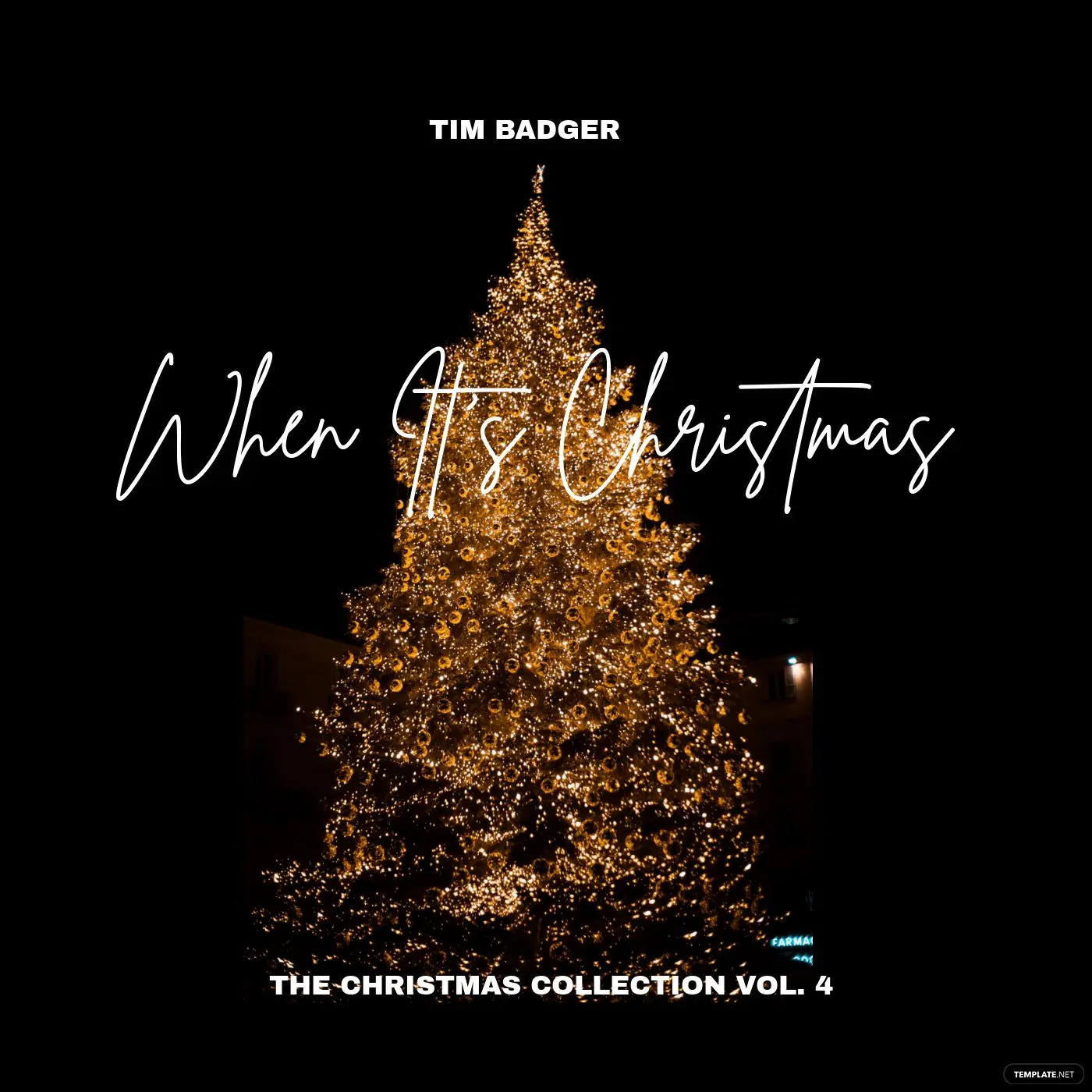 Make a unique photo album cover by using your portrait pictures with some photography lighting effects. Add a complex and edgy touch to your album covers like repeated texts, live shapes, and flashy colors. 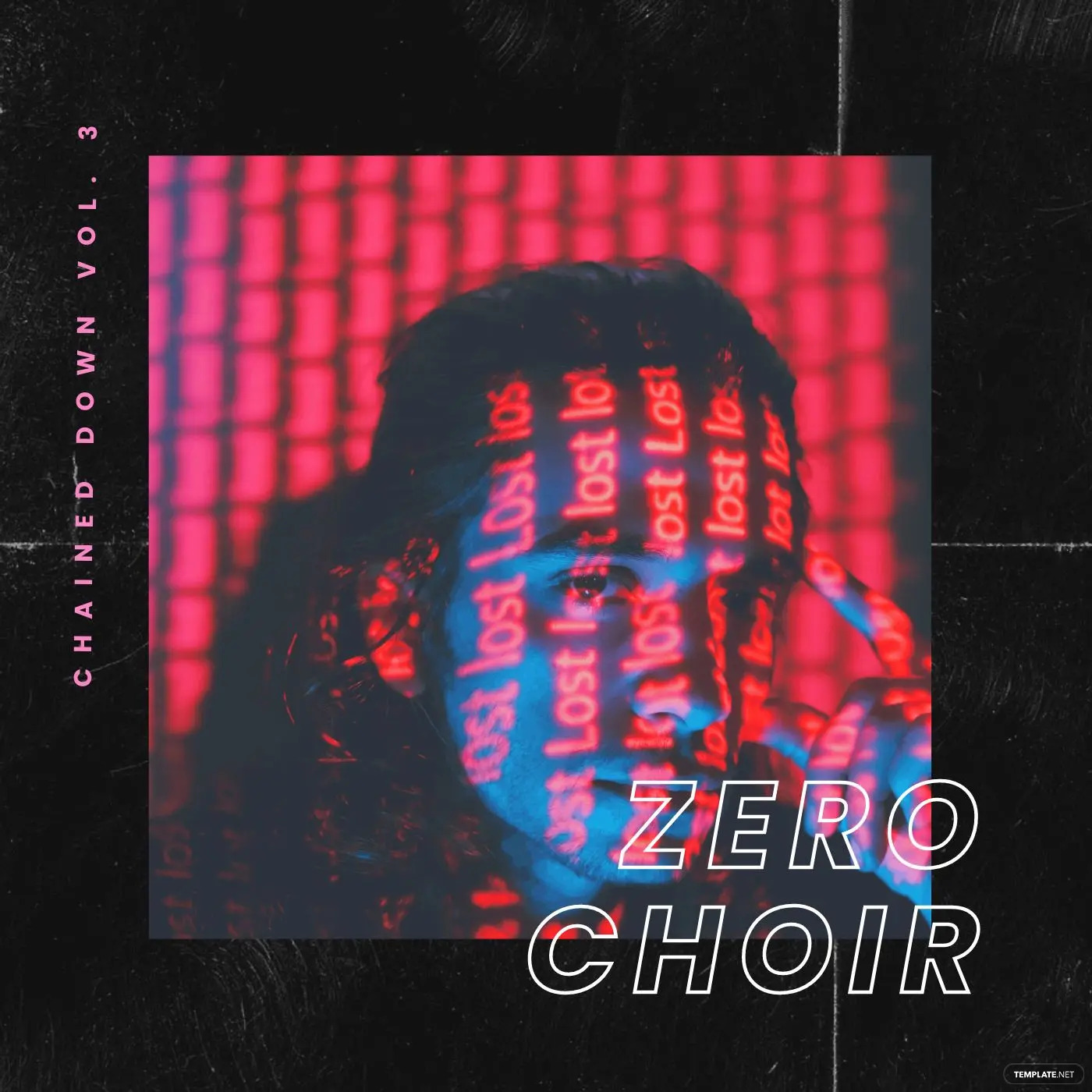 An eye-catching and well-designed album cover made through the use of compelling graphic design, photography, and/or illustration typically draws more attention from the public compared to a dull-looking album cover. It is very crucial for marketing and promoting the entire album and the artist.

When a music and entertainment company releases images of album covers in digital and physical formats, they show the public a short preview of their artist’s new music album release. So, an album cover acts as a teaser for the target listeners and lets one man, boy, or girl about the new concept of the album.

Album covers are well-known forms of visual presentations in the field of the music industry as expressions of artistic intention, demonstrating the public image of the musical artist. These covers also exhibit the creativity of many talented artists, illustrators, graphic designers, and photographers as they applied their talents to memorable record covers.

Having an enticing album cover is very important for the public and to new listeners because it can inspire someone to listen to the entire album and learn more about the artist. Plus, it motivates fellow artists and designers in the music industry to develop more visually aesthetically pleasing album cover artworks.

CDs, LPs, and vinyl records have album covers for packaging purposes, especially for their protection from wear and tear. Typically, an album has an inner protective cover to protect against dust and handling.

What’s In an Album Cover? Parts?

All kinds of albums have noteworthy titles. Think about a fresh and trendy title for your album to get the interest of the public or your prospective listeners.

Place the name of the artist, band, or musical group at the top, bottom, or center of the album cover. Use a big font size and clear font style so that people can easily recognize the album.

Include the tracklist of your album on the back cover. Change the typography style of the tracklist and make sure that it is easy to read.

Inserting some captivating graphics, images, and/or illustrations is an innovative way to make an attention-grabbing album cover. Make sure that the graphics, images, drawings, and other visual elements are relevant to the main theme of the album, and the musical identity of the artist.

There is a variety of design elements that exist for every album cover. Use some key design elements in an appropriate manner such as color psychology, color scheme, typography, and layout style to bring your album cover into the limelight.

Add a space on the front or back cover for the licensing and legal information of your album.

How to Design an Album Cover? 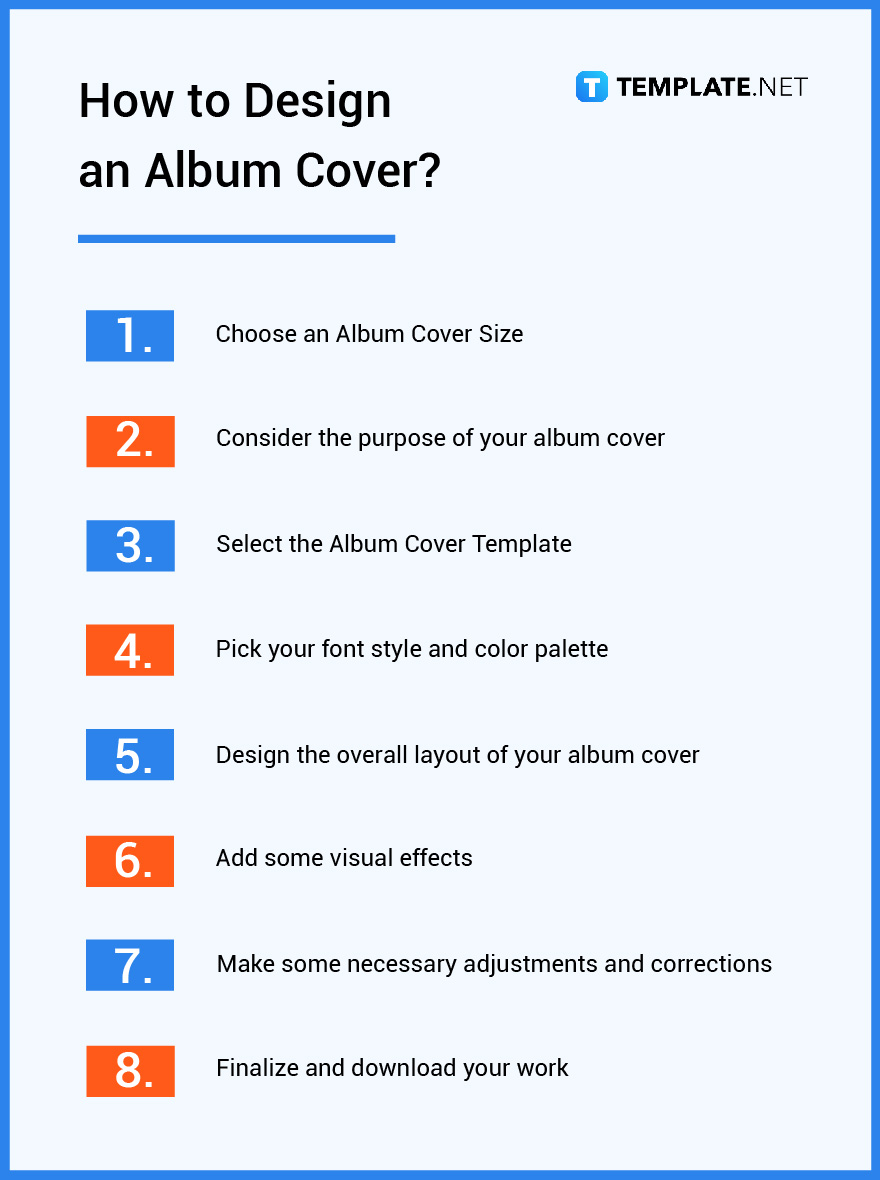 An album cover is a physical or digital cover that contains the CD, photobook, and other major components of a music album.

An artist is a person who specializes in different creative fields like visual arts, design, and music.

What’s the Difference Between an Album Cover, Album, and Poster?

An album cover is the outer covering or packaging of a music album, being used for advertising, marketing, artistic expressions, inspiration, and brand representation.

An album is a collection of recordings released as a single item on a CD, record, or another medium.

A poster is a promotional material for a specific idea, commercial product, or event that businesses place or post in a public space for mass consumption.

Album covers have several standard sizes both in digital and physical formats. The album cover size and format are based on the type of album that will be released to the public. 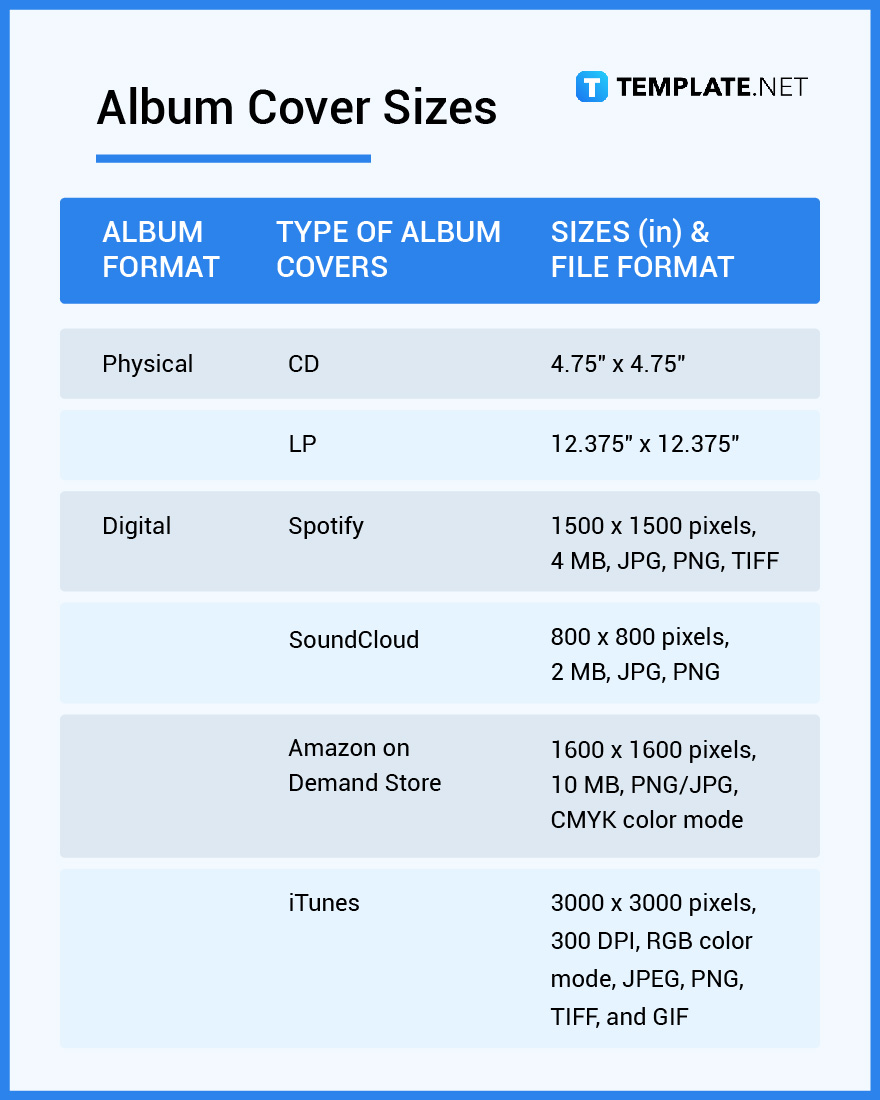 There are numerous ways to reveal your artistry when it comes to designing album covers. Check out the following for more album cover ideas and design inspiration.

What information needs to be on an album cover?

An album cover needs to include original text which shows the artist’s name and music release title.

Is it copyright to use an album cover?

Album art is legally protected under copyright laws of the country where the business is registered.

What are the regulations for album cover artwork?

The album cover artwork should be in the JPEG file format, and it should have a size of 1000×1000 pixels for best quality, the uploaded image should be 3000 x 3000 pixels and it must look similar to the cover artwork of the physical album.

How do you make an album cover for photography?

Search for visually-aesthetic album cover template examples for your design inspiration when making your photo album cover, and then design your album cover based on the concept, style, and overall theme of your photography.

What goes on an album cover?

An album cover contains a unique combination of HD color, imagery, and typography.

How do you make a music album cover?

When you make your music album cover, choose the right theme for your design and layout, indicate the band and album name, tracklist, licensing and legal information, and liner note.

What do you put on a wedding album cover?

For a wedding album cover, engrave the names of the newlywed couple in cursive and elegant fonts and adorn them with gold or silver lettering of the wedding date, and incorporate a love quote to highlight the story of their wedding.

How do I print an album cover on a CD?

First, you need to have a design of your album cover or search for free artwork online, use some software like Photoshop, or MS Word to edit, expand and correct the size and overall look of the image or artwork and simply print the album cover.

Why album cover art will always be crucial for success?

A high-quality album cover art will always be crucial for the success of the artist because it catches the attention of the audience, interprets the concept and vibe of a song, and/or conveys the story of the entire album, allowing the artist to showcase their brand and musicality into a single image.

How do you make your photos look like album covers?

Download and use a photo app, choose the photo you want, crop and rotate the image to 1:1, click on the frame options and select the format you prefer, put some texts and typography in your image, and play with the light, shadow, and color as you overlay the effects on the images.