The best billboard size is not all about going big, just because it is a hard-to-miss, king-size structure of outdoor advertising. There are eclectic billboard sizes as seen on the street, freeway, and even on the web, and this article guides you on how to find the appropriate size for your billboard. 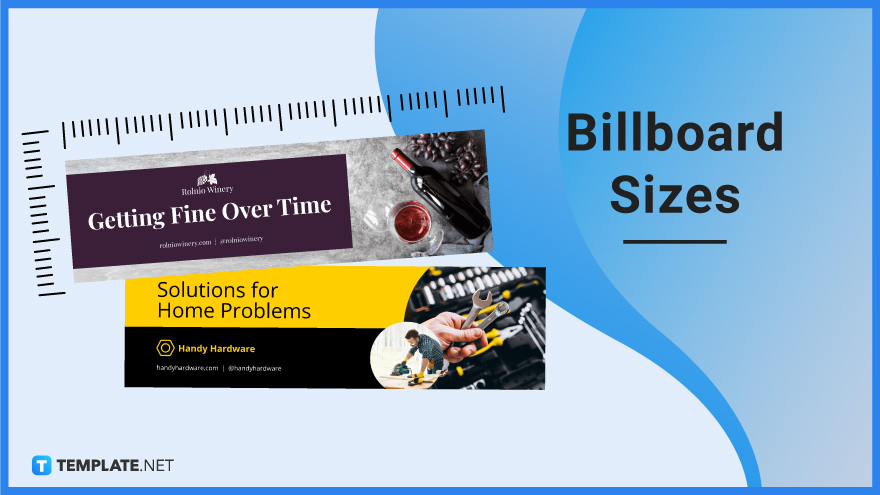 The standard bulletin billboard measures 14 feet high and 48 feet wide, and they are often seen near fast-food restaurants and highway ads that reach up to 1o ft × 40 ft and 10½ ft × 36 ft.

Just so they are named, spectacular billboards are the biggest type of billboards that the average size is 16 feet high and 60 feet wide or up to 20 ft × 60 ft.

Also called an 8-sheet billboard, a junior poster billboard is the small version of most billboards as they measure only around 6 feet high and 12 feet wide.

In contrast to outdoor advertising, you can use Facebook’s cover photo image or Facebook banner as a digital social media billboard. The standard size here would be measured in pixels, specifically around 820 px × 312 px for computers. Adjust the Facebook billboard size to 640 px × 360 px if you are using mobile. 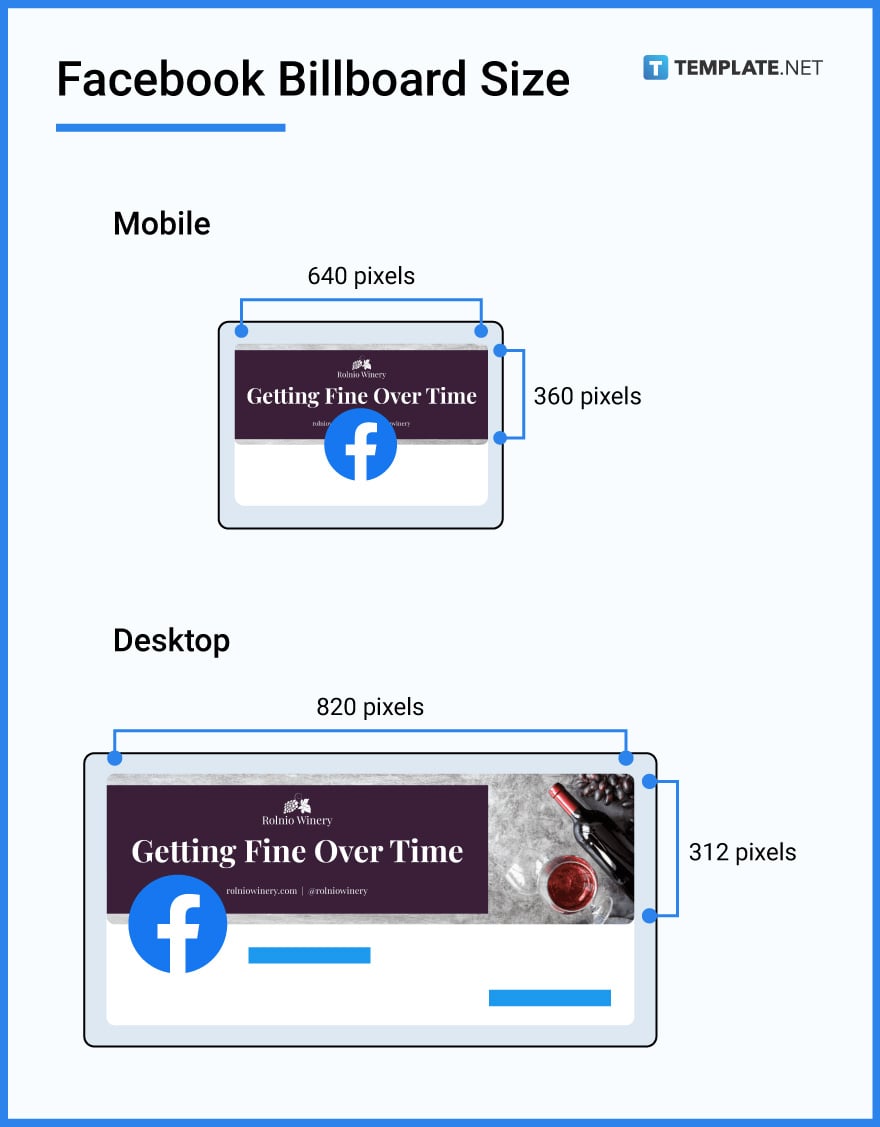 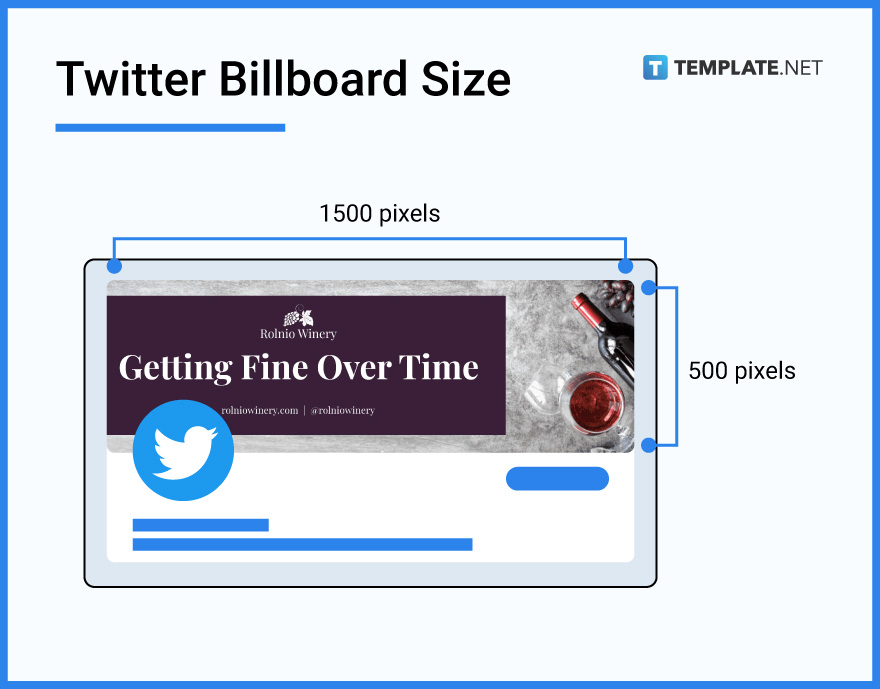 Aside from social media sites, a general website can insert a digital billboard as a graphic pushdown ad. Whether your website is about construction building, landscape design gallery, glow-in-the-dark LED lights, beauty products, electronic devices, breast cancer awareness campaign, or even an online contest, any type of website can follow the dimensions of 970 px × 250 px for the billboard size. 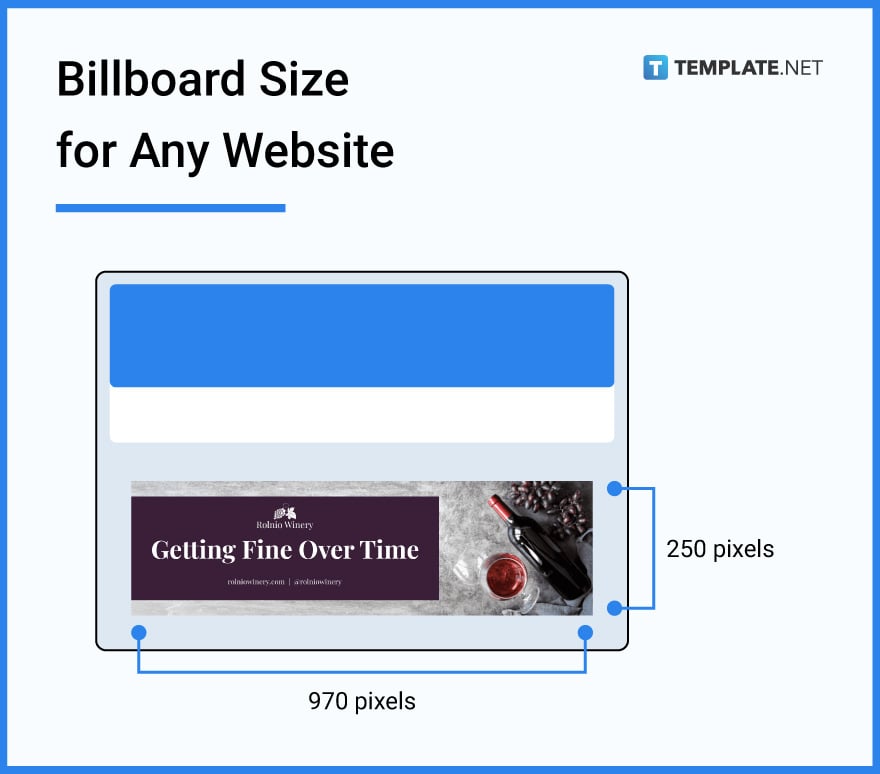 Billboards are generally designed for print as seen near a commercial road, building, or highway. The common US sheet size for a billboard is 27 × 40 inches. However, there are more billboard print sizes than you might think including the following: 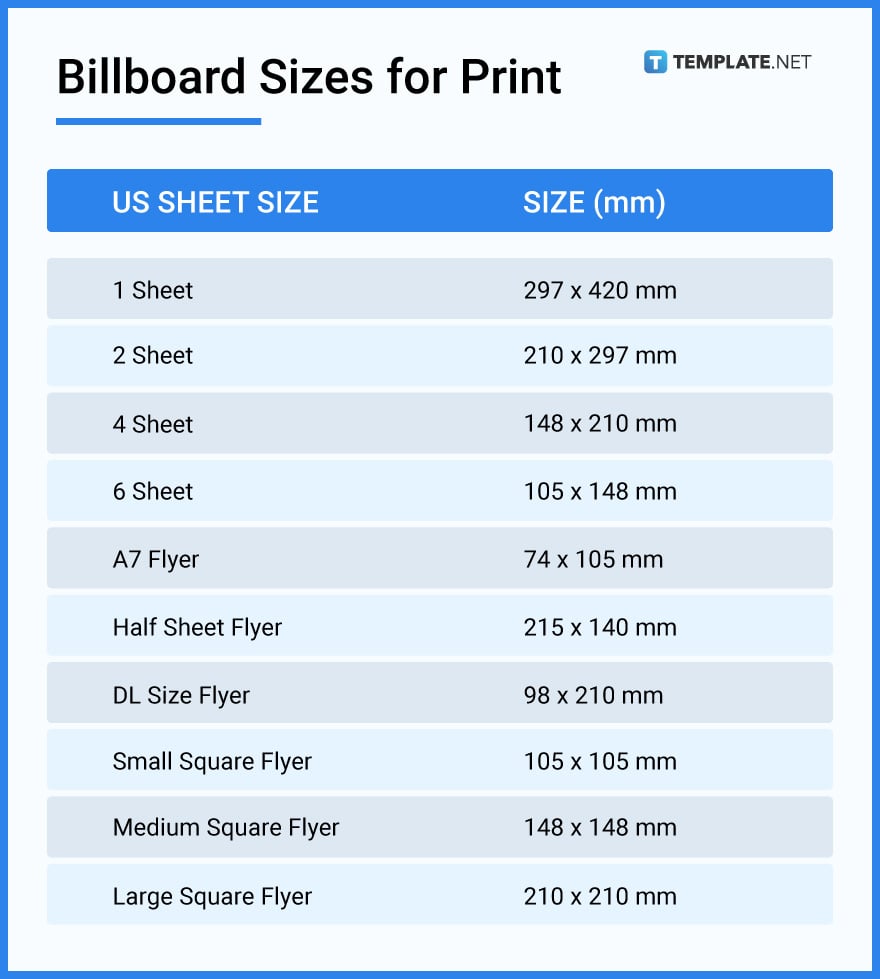 If you want to insert a billboard in an email you wish to send to a number of people, then make use of king-size email ads measured in pixel or bleed as your digital billboard. Digital billboards added into an email would measure around 600 px × 350 px. However, the size depends on the email dimensions available for Google Mail or any email platform and whether your digital billboard is in a horizontal or vertical orientation. 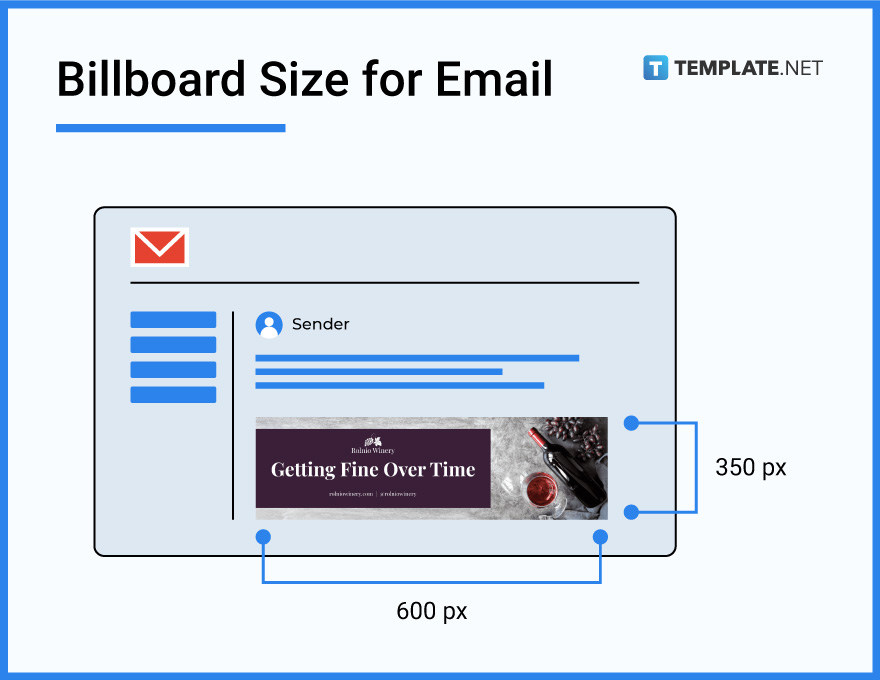 Business billboards follow the layout and size of a bulletin billboard, which is about 14 feet high and 48 feet wide. Also, they come with 672 square feet of space for advertising because business-driven billboards aim to promote. And to come up with a dynamic billboard for your business crew or brand, consider more than just the billboard size such as how creative, riveting, or memorable your billboard is. 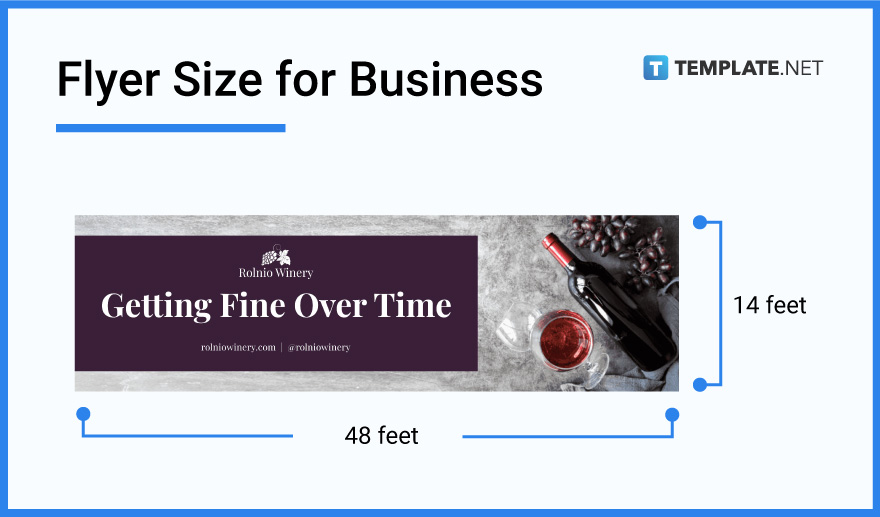 If you are using Adobe Photoshop or Photoshop CS6, billboard templates in Photoshop are available to build a custom billboard quickly. But if you need specific dimensions in making billboards with Photoshop, start with a bond or canvas size of 40 × 20 in. Then, make sure to keep at least 2000 × 1300 & 71 PPI or around 4200 × 2800 & 300 PPI to increase the clarity of your billboard image or screen. 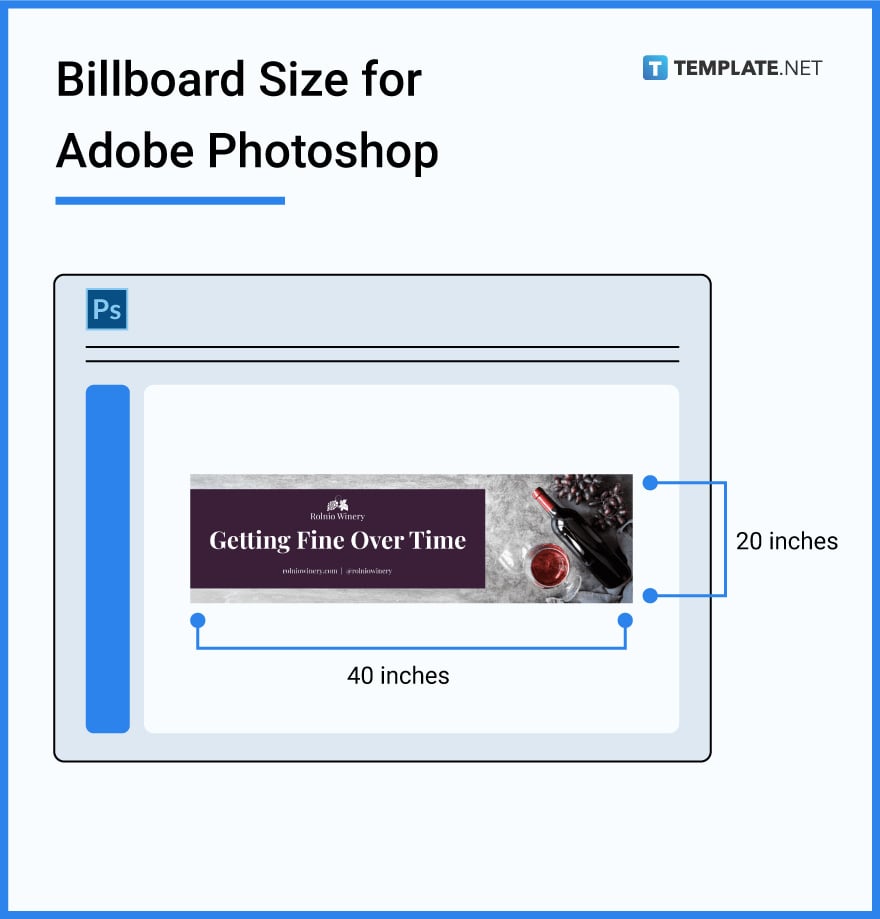 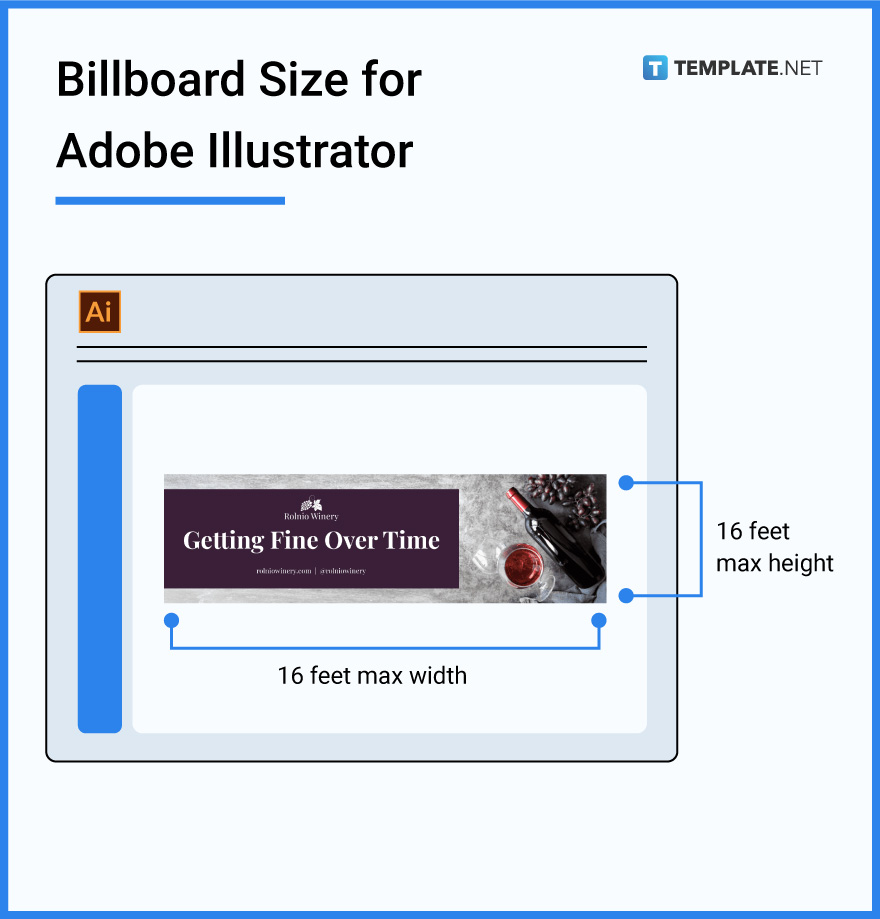 What is the standard size of a billboard?

The standard size of a billboard is 14 feet high and 48 feet wide, which is the bulletin billboard size.

What pixel size is needed for a billboard?

What is the size of a digital billboard?

A digital billboard generally measures around 970 px × 250 px as seen in most website billboards.

What are the dimensions of a billboard?

What are the billboard sizes in meters?

What pixel size is best for large format billboard printing?

What are the perfect resolutions for billboards?

The best resolutions for billboards are scaled in pixels per inch (PPI), specifically 10 PPI to 30 PPI.

What is the size of a billboard in inches?

What size do you create a billboard in Illustrator?

What size to make an InDesign document for the billboard?

If you are using InDesign to make a billboard, set the resolution to 40 PPI and observe a scaled document size that doesn’t reach more than the InDesign maximum size of 5,486.4 mm.