Customizing your own Super Bowl can be very challenging as there are so many designs and stickers you can put in there, such as the NFL Trophy, logo, stadium, football, and many more. Read the full article and look at some Super Bowl ideas to help get the creative juices flowing. 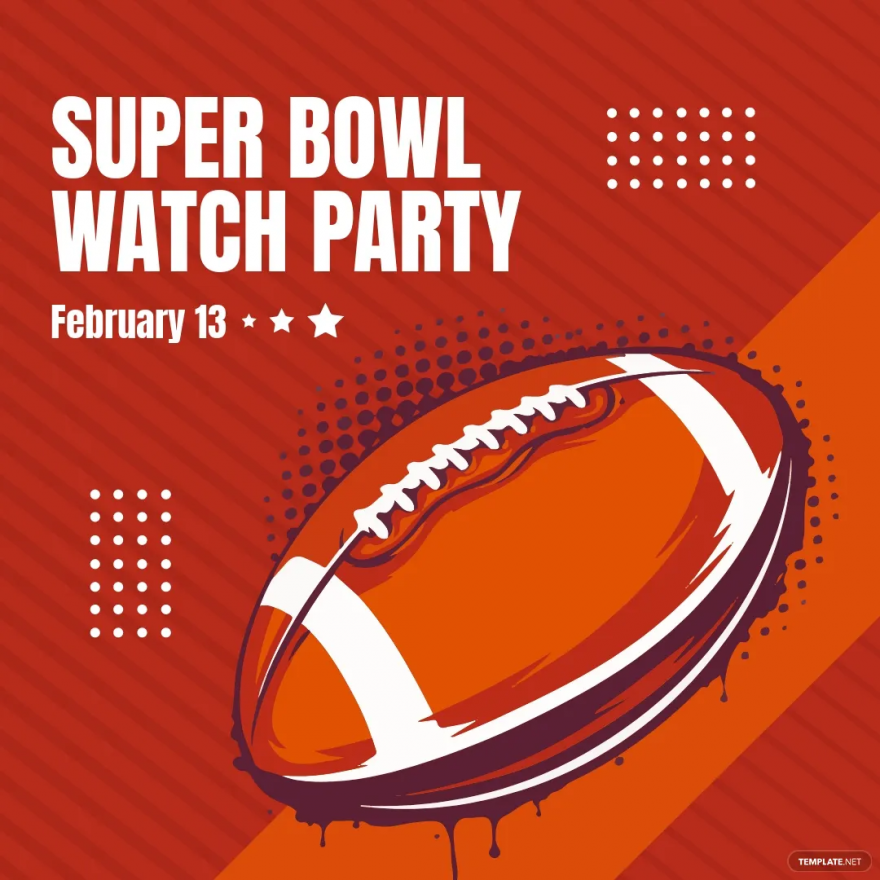 Using this imaginative template example, you may generate excitement and interest in your Super Bowl event that will be held on WhatsApp. Get creative with featuring the game stats, scores, and the Champion using easy-to-use custom stickers and background decorations. Download this ready-made Sunday Whatsapp Post example that we created below! 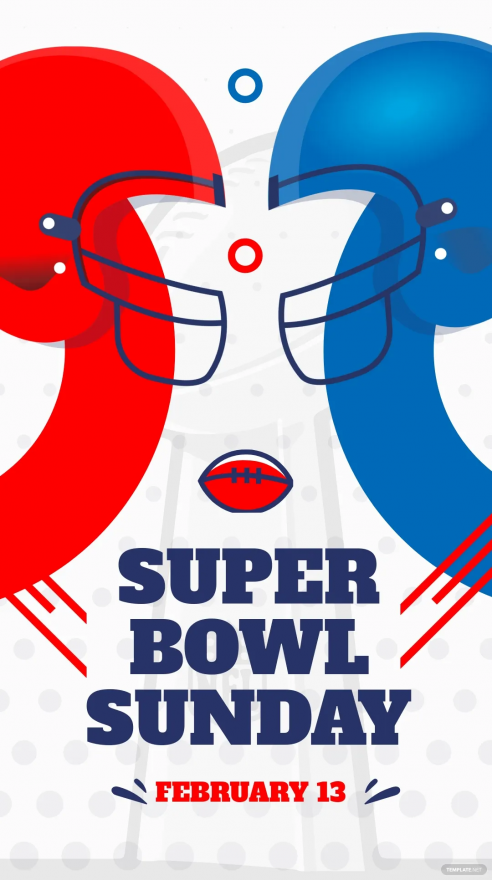 Super Bowl Sundays are usually celebrated with watch party foods and meals like pizza and BBQ. Some American families hold their super bowl parties along with the kids by the pool, while some adults enjoy them at the pub. Download this Offer Linkedin Post example below and invite your colleagues and friends on Linkedin to your Super Bowl watch party. 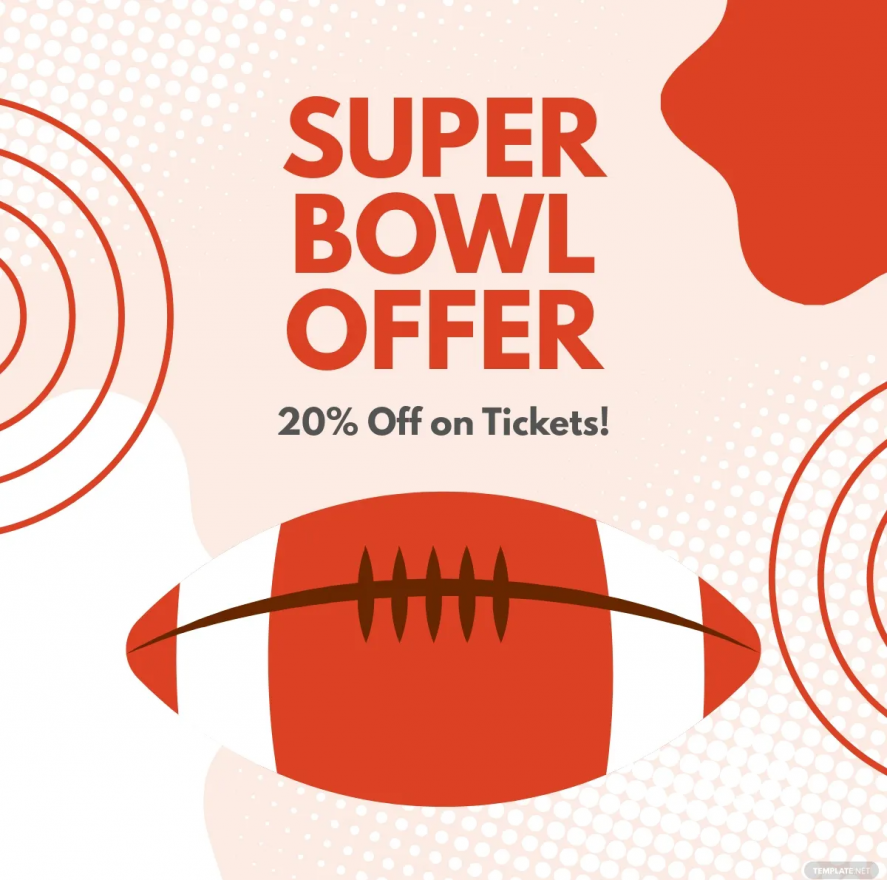 Consumers are more likely to purchase from well-known companies they are already familiar with. Giving out freebies is a great approach to getting people familiar with your brand and keep them thinking about you when they’re ready to buy. Try our Giveaway Whatsapp Post Super Bowl example below! 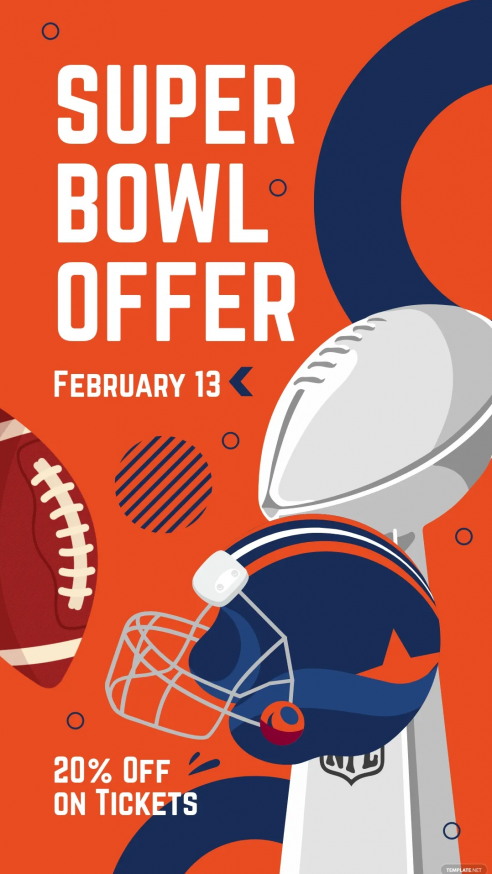 Offering special deals is a technique to immediately bring people into your business or events like the Super Bowl. It’s a safe bet that you’ll capture attention if you mention the possibility of monetary savings. Take a look at this Offer Snapchat Geofilter for your Super Bowl special offers! 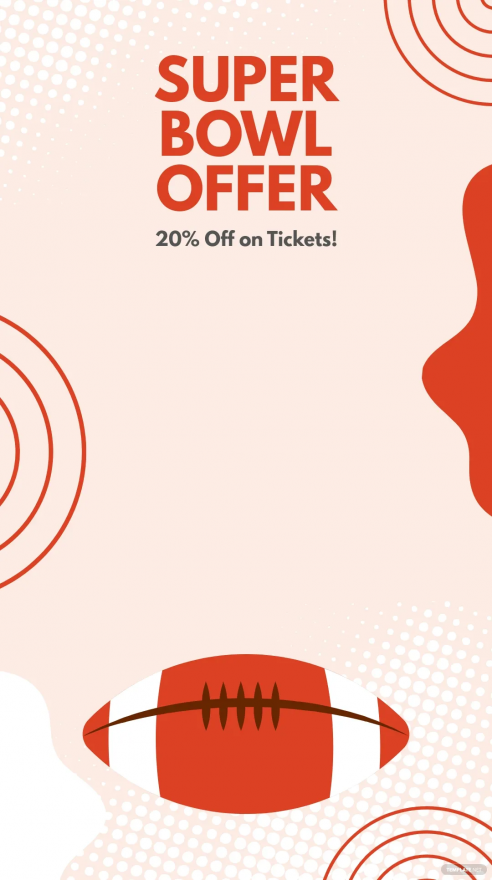 Advertisers can boost their video viewings and conversion rates by purchasing display ads on YouTube. These ads will appear in the space adjacent to the video player. You can’t fully appreciate their significance to the YouTube advertising system until you see how they fit into that machine using this Watch Party Youtube Banner Super Bowl. 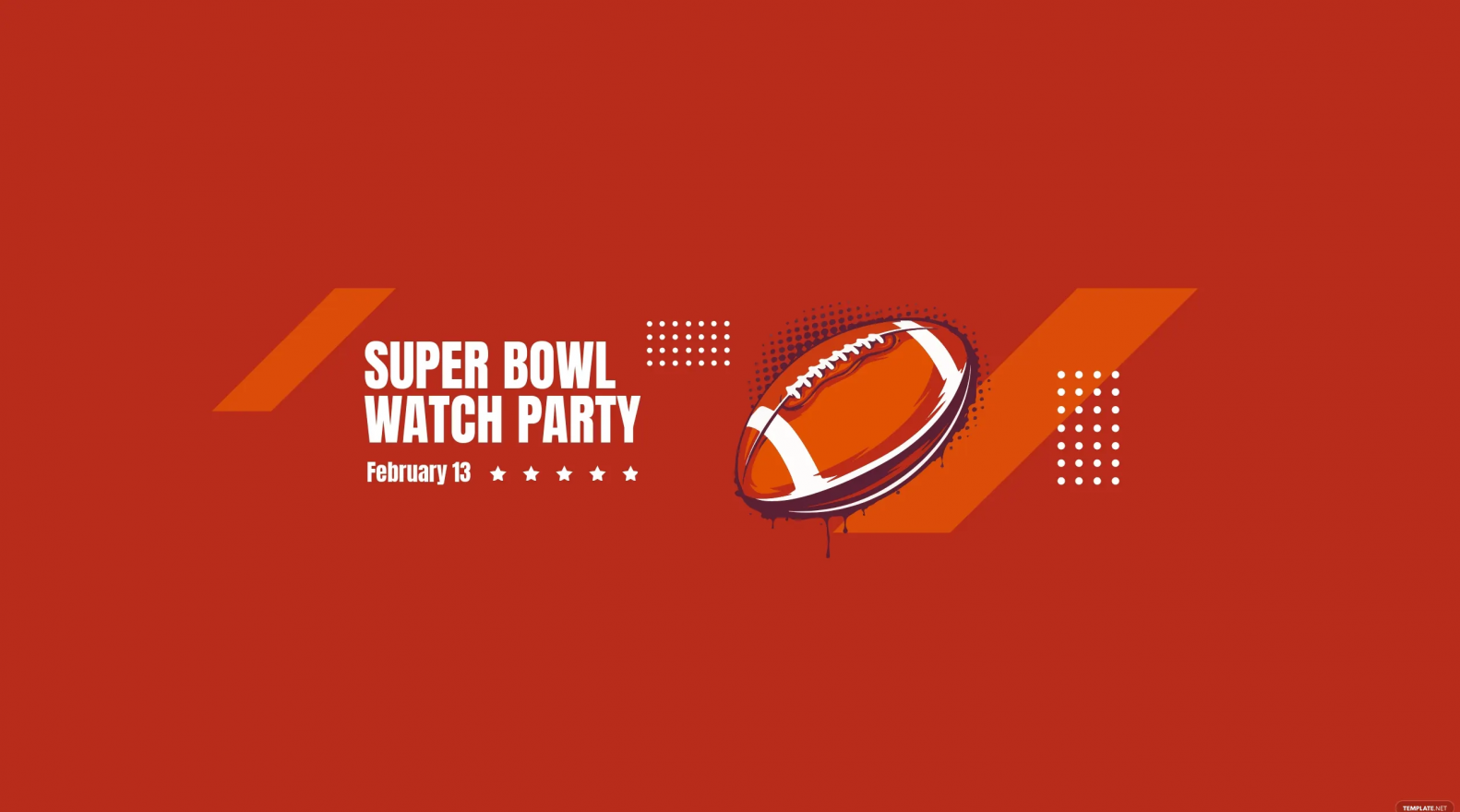 Whether it’s the main page of the website, a simple ad, or a blog about the Super Bowl, Facebook ads can help any business get more exposure for their Facebook content and drive more traffic to their central website content. Facebook ads can be tailored to achieve specific goals, such as a specific number of clicks, number of impressions, or even overall CTR. Here is an example of a Giveaway Facebook Post Super Bowl for your inspiration. 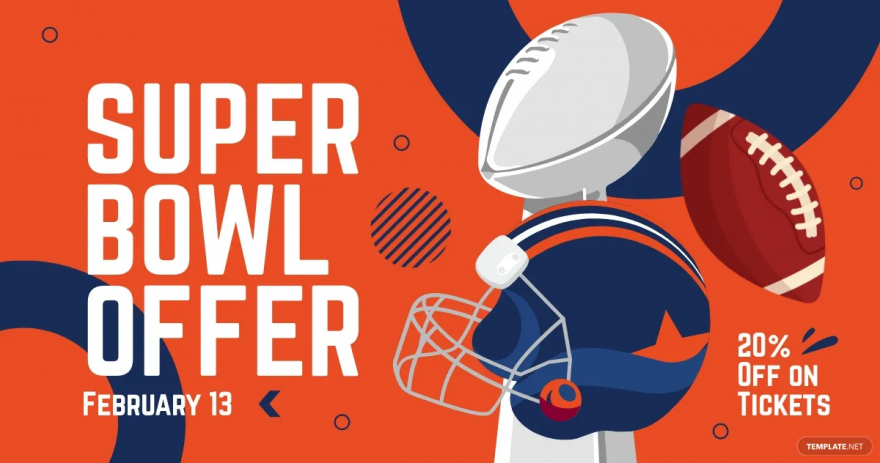 Not only does your target demographic frequent YouTube, but the platform also serves as the second most popular search engine online. You can use YouTube to showcase original content that is simple for viewers to digest and spread. Use this Super Bowl Event Youtube Banner example below, along with the game’s results and winners, for your Super Bowl event promotions! 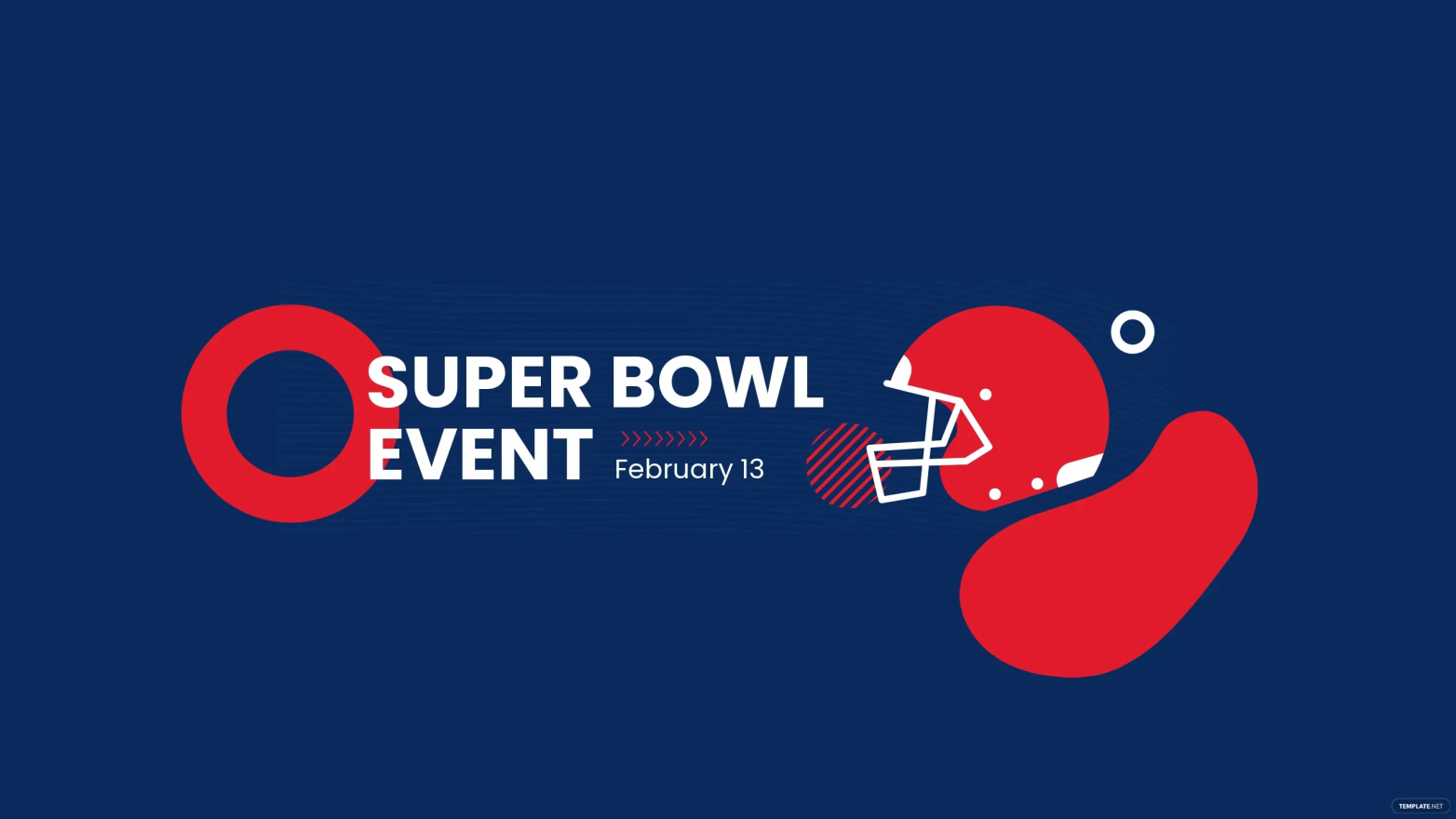 Promote Super Bowl tickets and special discounts on arguably the most popular social media platforms. Through Facebook, you can establish your business or organization’s identity in various ways, including the standard practice of making a list of your products and services online through images, links, and status updates. Download this Super Bowl Offer Facebook Post template for your Super Bowl offers to maximize your market reach. 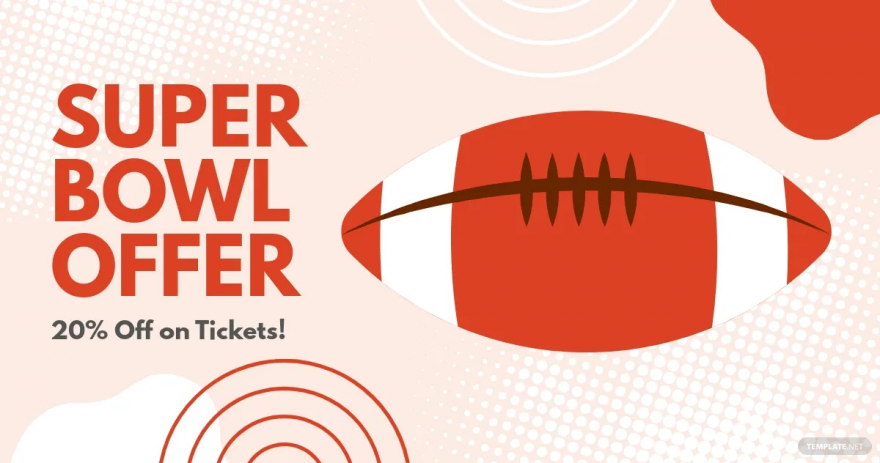 Keep football fans in the loop with natural, candid pictures and videos from the Super Bowl by posting them to your Story. Rather than focusing solely on individual content posts, Instagram stories provide users a new way to be creative and captivating on the platform. Promote your Super Bowl offers with this Super Bowl Offer Instagram Story template that we prepared especially for you. 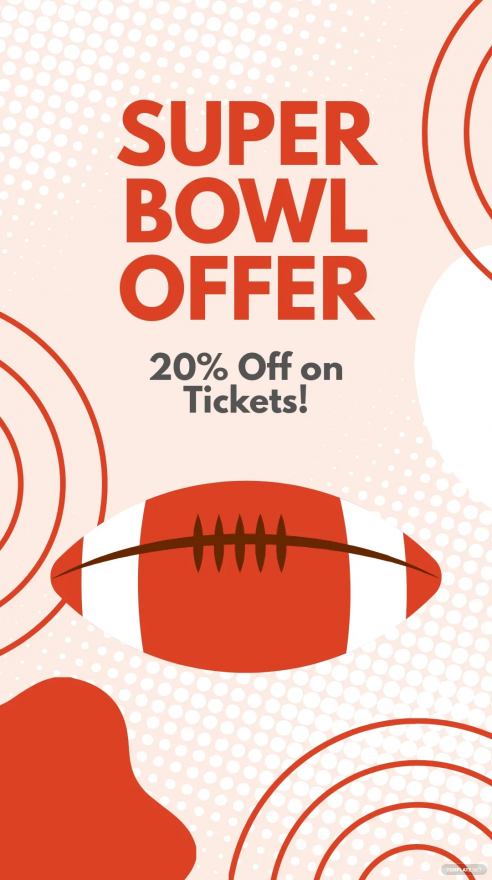 What teams lost most Super Bowls?

Both the Patriots and the Broncos have lost to the champions in the Super Bowl five times (five).

Why is super bowls celebrated?

The National Football League (NFL) championship game is known as the Super Bowl and is one of the most-watched athletic events in the world.

How does football work Super Bowl?

The team that has the ball, called the offense, tries to move it down the field by running or passing it, while the other team tries to stop them and take control of the ball.

Why is the Super Bowl a week later than normal?

The lateness of this year’s Super Bowl is due to the 18-week length of the regular season, during which each team had a bye week.

What is so special about Super Bowl?

Since the very first national title game in 1967, the Super Bowl has consistently ranked as America’s most-watched television event, as a matter of fact.

What are the basic etiquette of sports?

Players are often expected to actively promote an atmosphere of mutual regard and fair play rather than simply abstain from rule violations.

Who created the Super Bowl logo?

Super Bowl XXXVIII logo designer Todd Radom said the NFL wanted a symbol recognizable as the shield it uses to promote the game.

What’s the name of the Super Bowl trophy?

Why did the Super Bowl switch to using the same logo every year?

According to the company’s original statement, “A sports event of this significance needs a consistent, iconic identification—a symbol that spectators can readily know, much as the Olympic rings.”

What is the origin of team sports?

History and tradition place the beginning of Greek team sports athletics around 776 BC, with evidence of continuous use up until 393 BC.