We all know that preparing a presentation is just as tedious as conducting one, you will need to make sure that your presentation is neither too flashy nor too boring. An over the top presentation may cause your audiences to focus on the not so relevant aspects of your discussion, while a rather boring one would make your audiences lose interest in theÂ topic. You may also see business powerpoint templates.

Just like life itself, there has to be a balance, and in a PowerPoint presentation, you need to balance both functional and creative aspects in order to provide your audiences with the best of both worlds. But how can you achieve this type of balance? By taking advantage of a clean-looking presentation.

If this is what you’re looking for, then you are definitely at the perfect place, because what we have below is a collection of clean simple PowerPoint templates that we have gathered over around the internet. Each and every template that you see below are downloadable, but be sure to check out all of the PowerPoint templates first before actually deciding to download one. 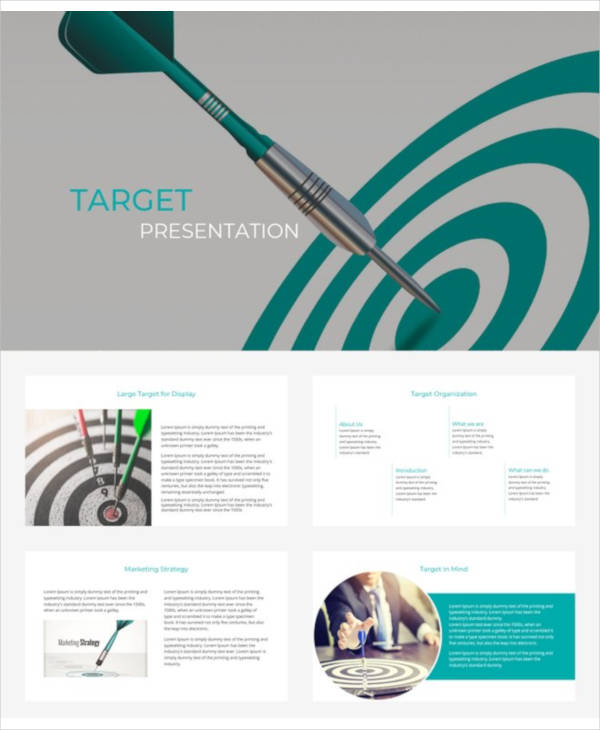 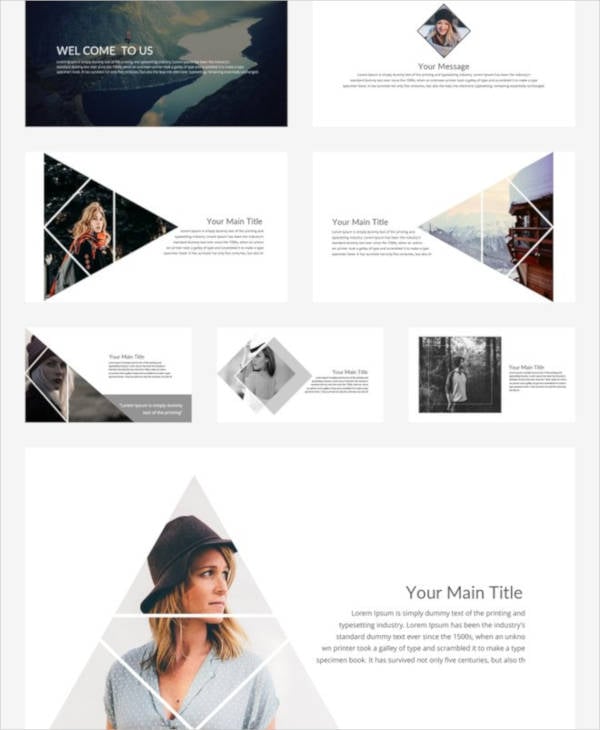 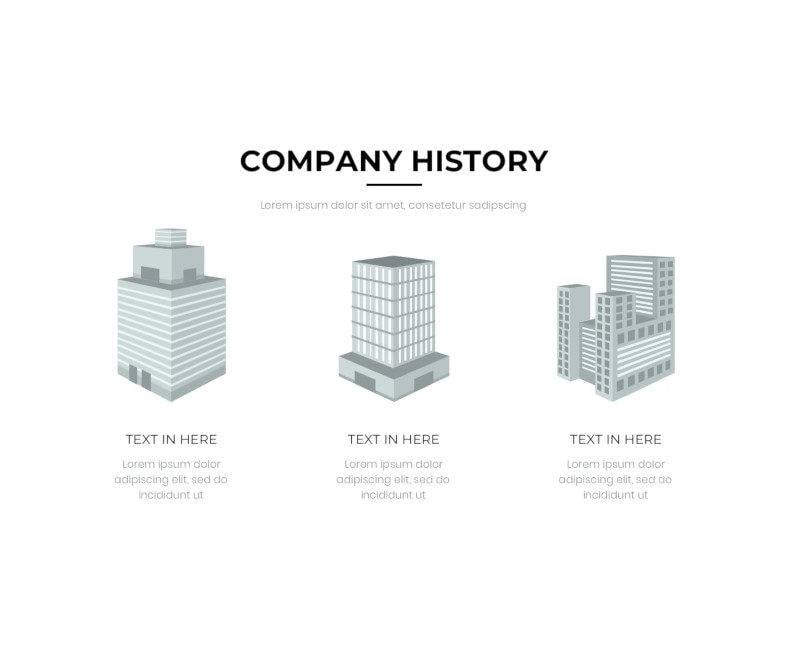 Take advantage on the use of faded backgrounds with CleanÂ PowerPoint template. This one allows you to retain the cleanliness of your design, while also adding a subtle enhancement to the design to keep it from looking dull. 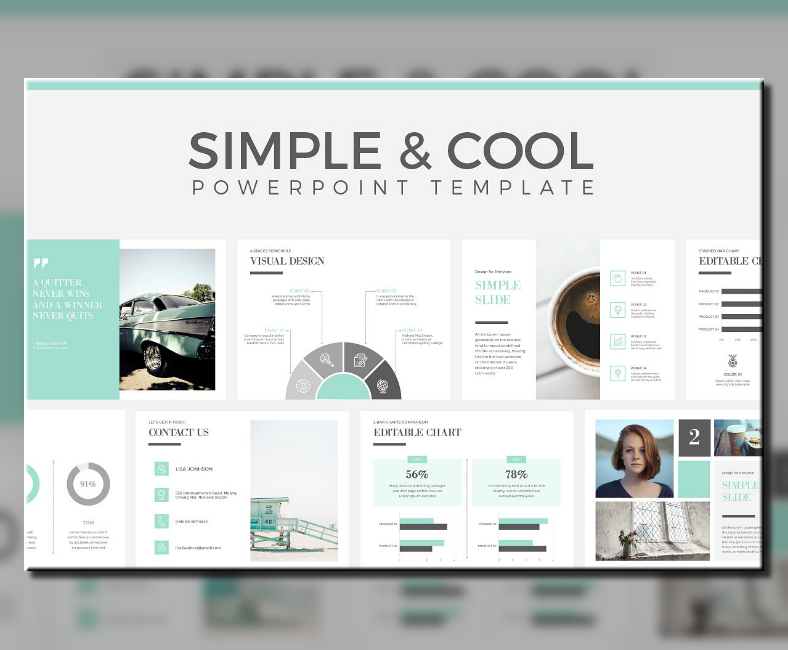 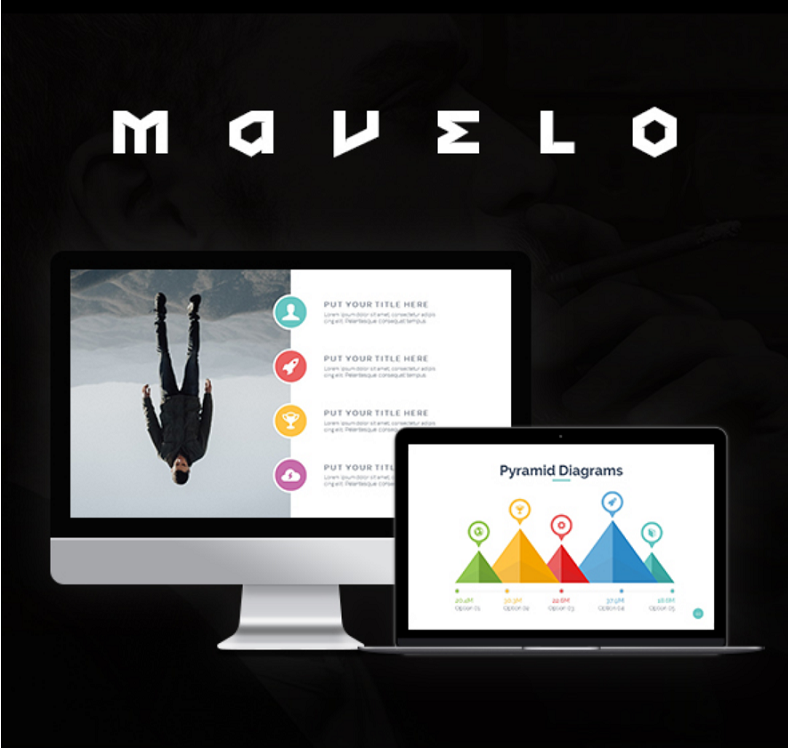 Sometimes, being clean could lead us to an extremely simple design, which could mean the absence of colors and other dull features. Thankfully, we have Mavelo best PowerPoint template that effectively balances simplicity with creativity, which actually helps in bringing life to your presentation.

What Is Microsoft PowerPoint?

Microsoft PowerPoint is a software that allows users to create presentations or slideshows. It is a component of the Microsoft Office Suite which also includes Word, Excel, Publisher, and many other programs. PowerPoint was originally designed to give visual aids for presentations in businesses and schools. Today, PowerPoint is used for many other purposes, mainly for conveying information to an audience. 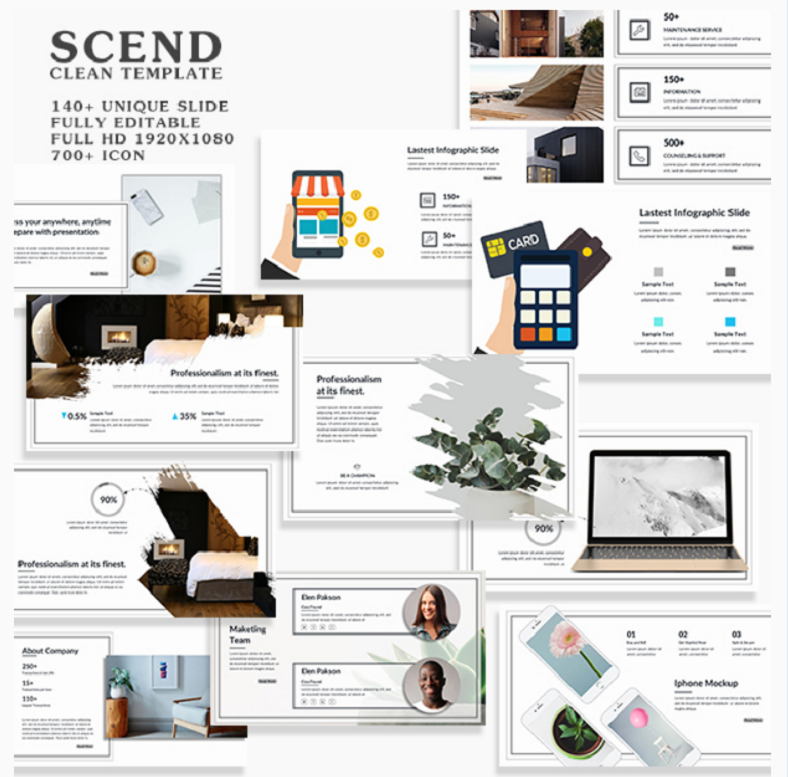 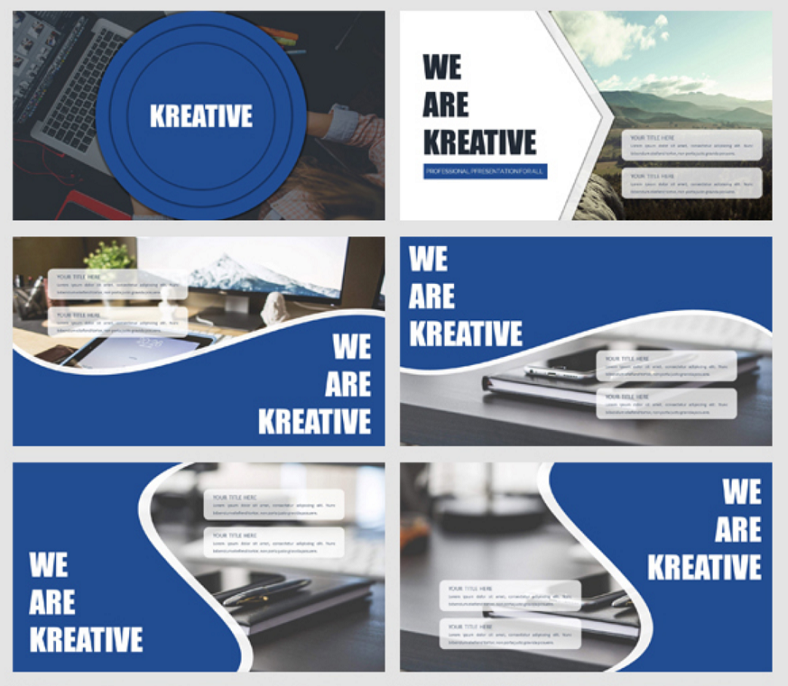 Be creative, download Kreative sample PowerPoint template to make that impressive presentation that you’ve been longing for. 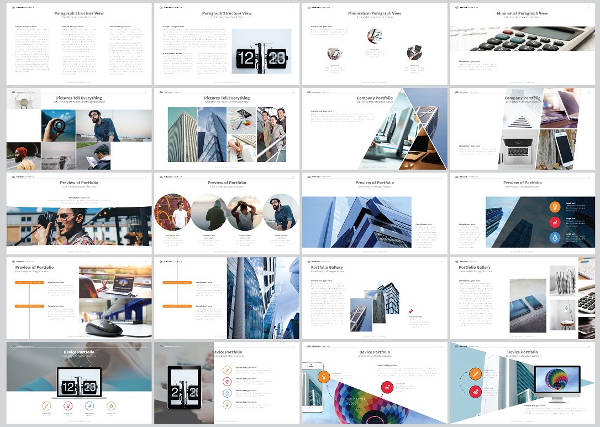 Upon its conception in April 1987, PowerPoint was never really intended for Windows computers, it was originally built for Macintosh computers only. Three months after it was released to the public, Microsoft Corporation bought PowerPoint along with Forethoughtâ€”the software company responsible in creating PowerPointâ€”and this has become Microsoft’s first official software acquisition. This very first version of PowerPoint was intended to produce slides for overhead transparencies. You may also see best business powerpoint templates.

In 1988, a new, updated PowerPoint 2.0 was released, and this was well received just as well as the first version. The same version was released for Windows computers in 1990, just in time as Microsoft also released Windows 3.0. Just like the first version of PowerPoint, this one is also intended to produce overhead transparencies, but on 35mm slides.Â You may also see sample powerpoint templates.

In 1992, PowerPoint 3.0 was released both for Mac and Windows computers, and this version introduced video output of virtual slideshows, which slowly replaced the traditional physical slides and transparencies. This version of PowerPoint has added live video features for projectors and monitors, and this resulted in the software being used both for delivering presentations and preparing them.Â You may also see powerpoint template for Mac.

Although PowerPoint has already been included in every Microsoft Office Suite since it was acquired, it was only until 1993 that the entire Suite that the integration of the software became tighter. When PowerPoint 4.0 was released, it was re-developed all the way from scratch in order to resemble and be compatible with other Office programs such as Word 6.0 and Excel 5.0.Â You may also see prezi powerpoint templates.

Since then, there has been a continued development of PowerPoint as a component of Office. New techniques were used in order to make it possible for multi-platform sharing, meaning PowerPoint presentations saved in a Windows computer can be accessed on Mac computers, and even iOS and Android mobile devices. Microsoft plans to release new features to PowerPoint at an almost monthly basis.Â You may also see Microsoft powerpoint templates. 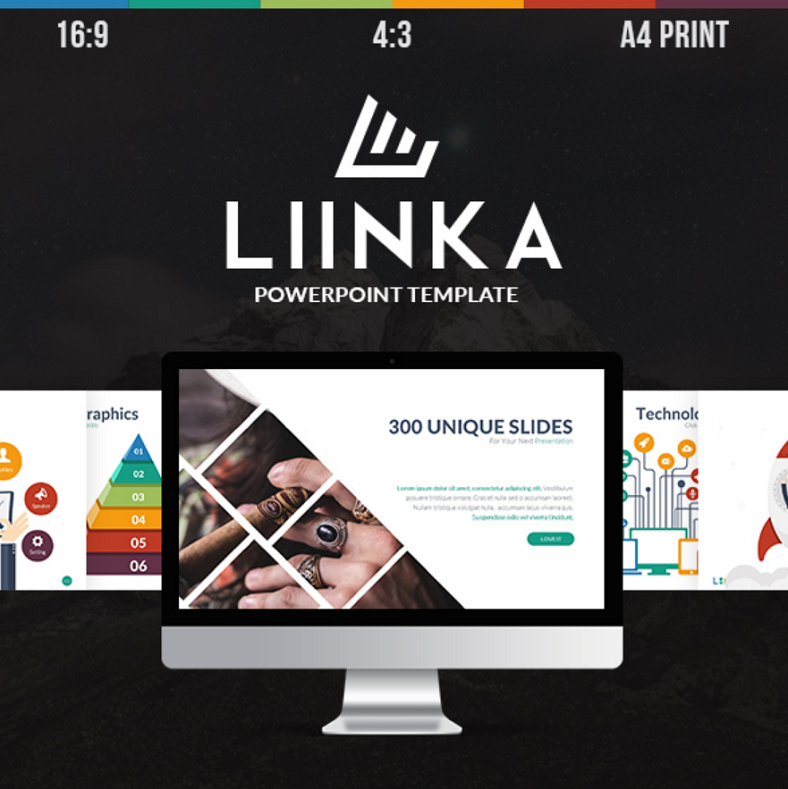 If you’re looking for a templateÂ that’s quite fun but also functional, you may want to download Liinka PowerPoint sample template. It has over 300 uniquely designed slides, over 50 color schemes, and over 3000 vectors that you can incorporate to every slide. 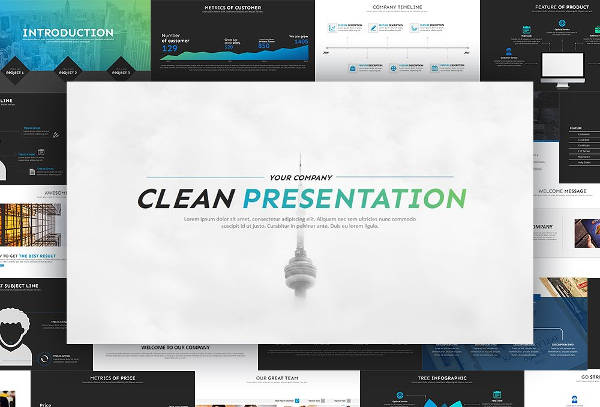 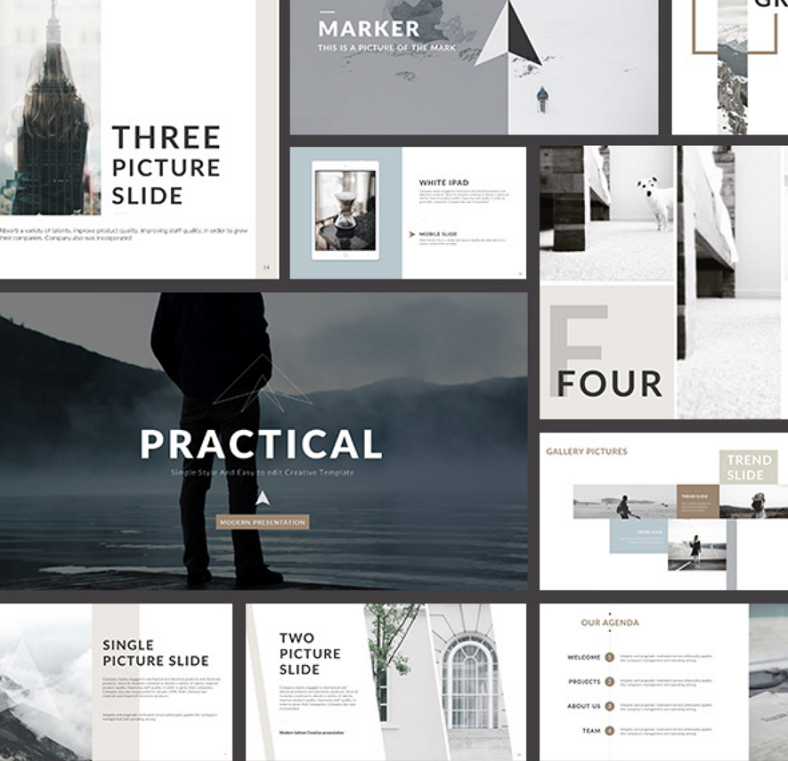 When we’re trying to balance functionality with creativity in order to let the audience focus on the more important aspects of the discussion, we can refer to that as being practical, which is why this Practical free PowerPoint template is a perfect choice for making a presentation that has the best of both worlds. 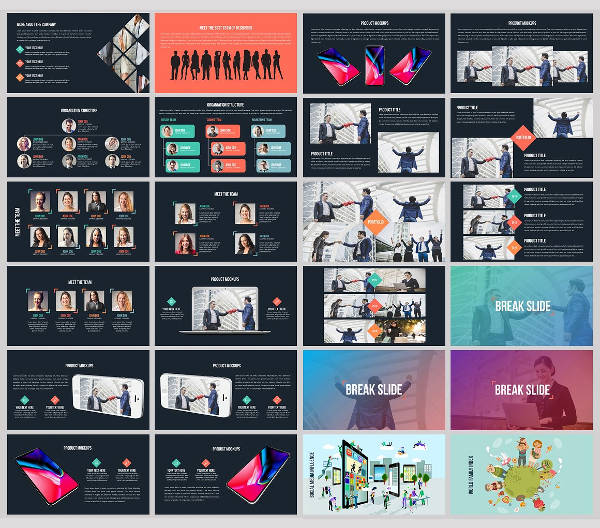 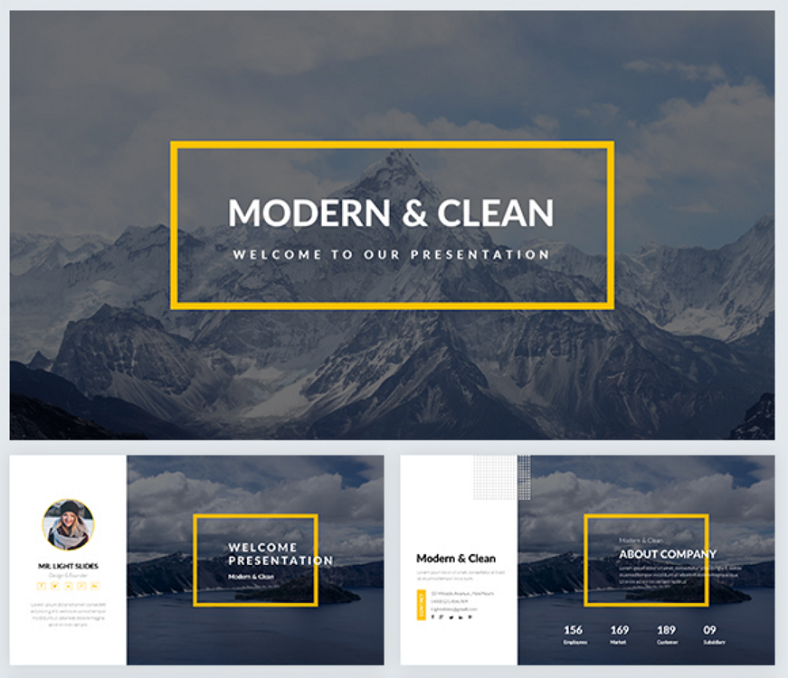 Worried that if you’re trying to make your presentation clean, it might also look outdated? Now you don’t need to with the help of Modern and Clean PowerPoint template. These templates come in 16:9 aspect ratio, and are very easy to customize. Also, this template has a feature that allows you to change the color of the scheme or to fix the color settings in just one click.

2. Features of the Latest Version of PowerPoint

PowerPoint has indeed come a very long way since it was created back in 1987, and as mentioned earlier, Microsoft plans or releasing new features to the software every month. The most stable release of PowerPoint and the entire Office Suite was made available to the public in 2015 for both Mac and Windows computers.Â You may also see best powerpoint templates.

With regards to new features, the latest version of PowerPoint now has a tool called PowerPoint Designer, which offers the users with various layout options for the graphical design of the current slide. Another new feature is the Morph Transition, which helps to enhance animations and transition effects, making them smoother.Â You may also see powerpoint templates in a word.

The new PowerPoint hasÂ also enhanced the manner in which shapes are drawn. Once a shape is created on a slide, a number or presets are made available for the user. These presets will allow you to expand your color and formatting options, which can save you all the time and effort than having to create those same effects manually.Â You may also see medical powerpoint templates.

Since PowerPoint has also been known for its use of charts and diagrams, the most recent release has added six new chart types for even more options. These new chart types are called Waterfall, Treemap, Histogram, Sunburst, and Box and Whisker. When using charts, make sure to avoid being too creative on it since it will often make the slides illegible, which may lead to a negative impact on your presentation.Â You may also see fun powerpoint templates. 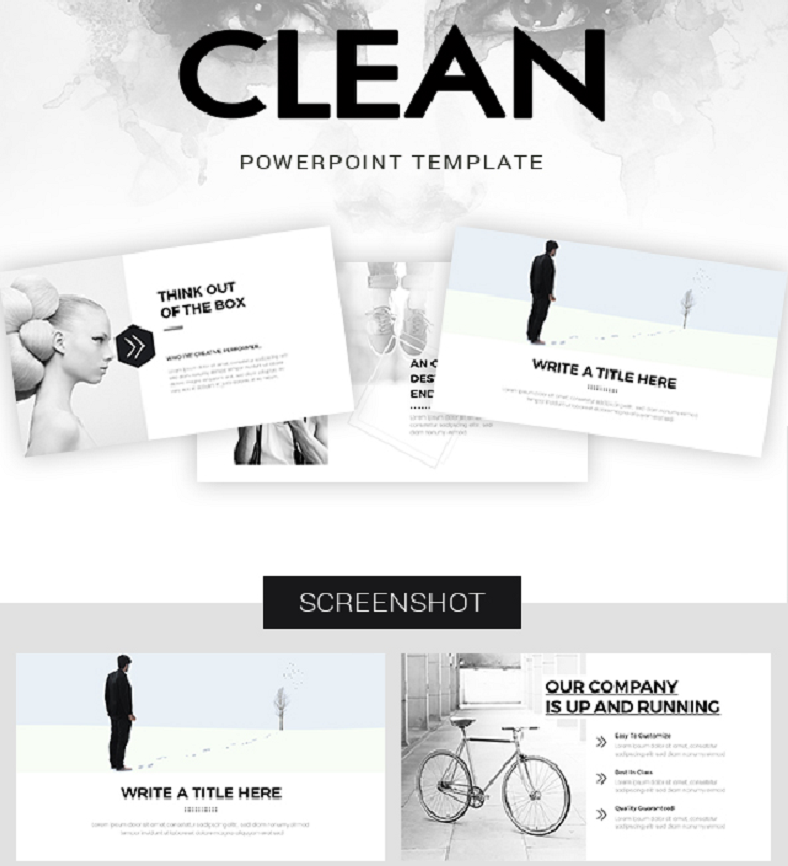 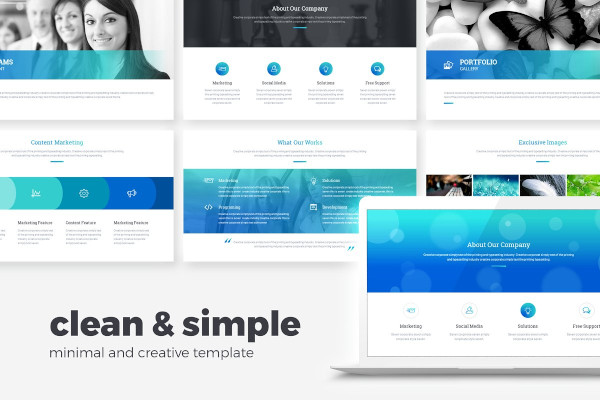 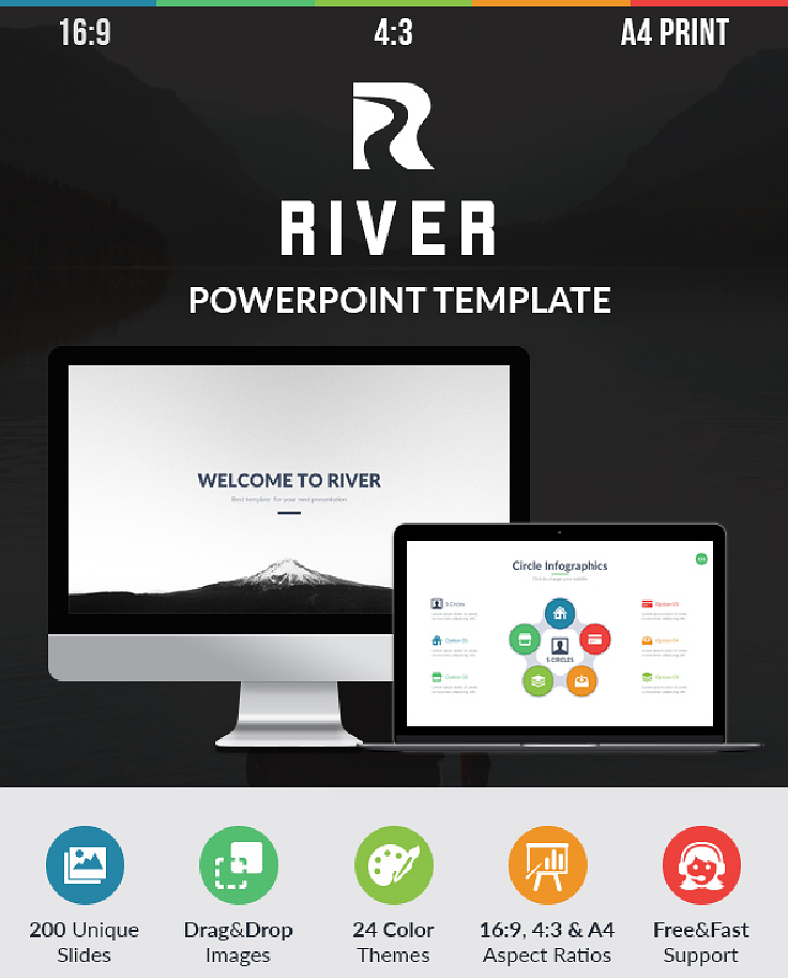 3. Benefits of Utilizing a Clean Design

When we make presentations, we would always want our audience to focus on the most relevant aspects of the topic and not to have their attention divided or diverted to other matters. While having a creative design is ideal to keep them from becoming bored with the discussion, we should always remember the core purpose of conducting such presentation, and it is to convey information to an audience.

This is why it is important to make the design clean, in order to make the discussion crystal clear, while also retaining the attention needed from the audience. But pulling this off may be a little bit tricky, considering that most people would associate clean designs with one that is entirely made up of textual elements and nothing else. We should keep in mind that a clean design is something that is organized, not overly cluttered, and with a color scheme that’s easy on the eyes.Â You may also see free powerpoint templates.

Utilizing a clean design has its benefits. In fact, there is almost nothing bad to say about clean designs. One benefit of using clean designs is that they don’t get outdated, which is a common problem among designs. Take for example, the embossed or three-dimensional themes for computer icons that were a trend back then. Now, these icons have adapted a much cleaner look by using flat themes, and we can already expect these themes to last for a very long time.Â You may also see social media powerpoint templates.

Another benefit of using clean designs is that they are very easy to access and modify. This accessibility can be applied both on PowerPoint users as well as those who wish to simply go through the presentation. Also,Â with the multi-platform features of the most recent version of PowerPoint and the rest of the Office Suite tools,Â accessibility and editability are indeed very important. Lastly, when it comes to issues that need fixing, clean designs allow users to easily fix these issues.Â You may also see free powerpoint templates.