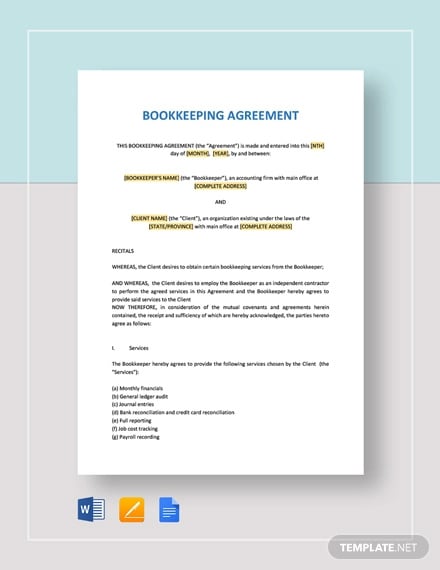 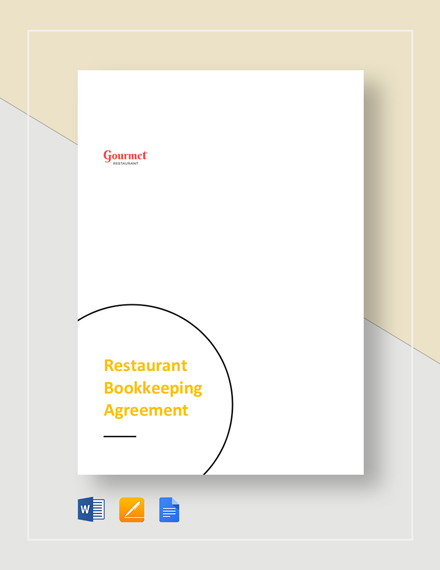 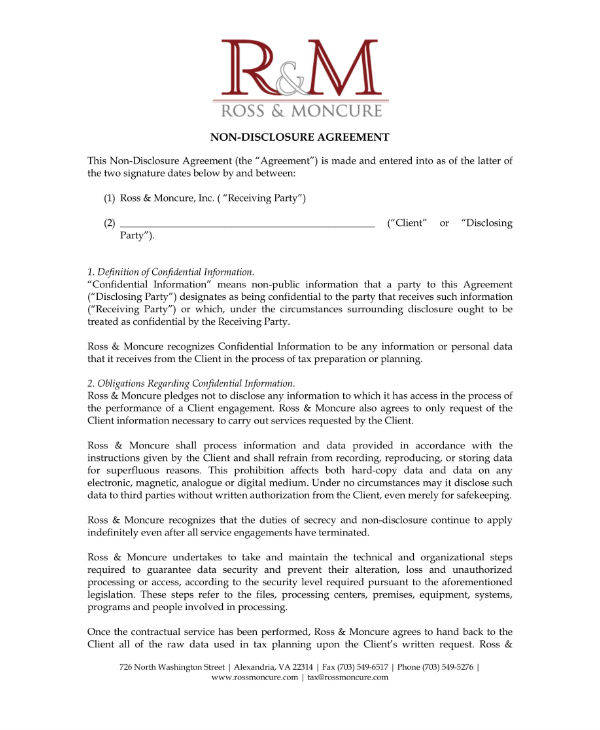 Bookkeeping is the recording of financial transactions. It is one of the more important parts of the process of accounting in business. The transactions that can be considered s bookkeeping include purchases, sales, receipts, and payments by an individual person or organization or corporation. Any process that involves the recording of financial transactions can be considered as bookkeeping, however, there are several standard methods of doing so. 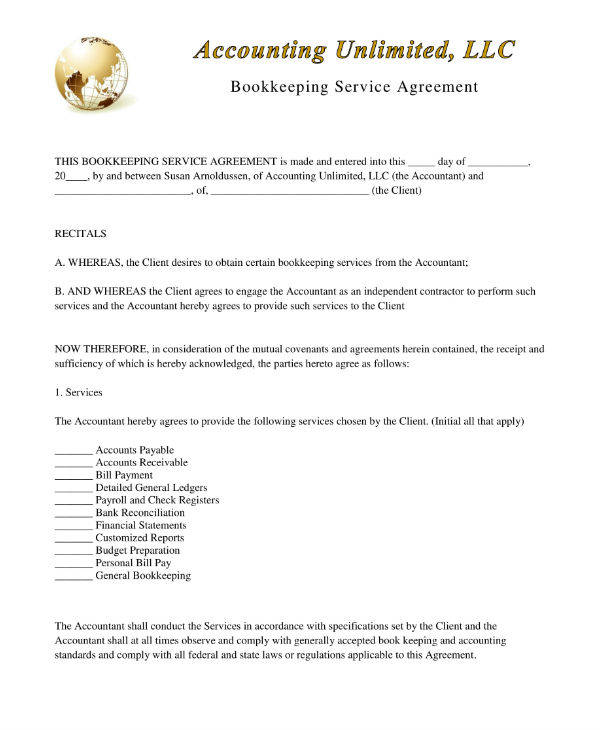 As bookkeeping is an accounting process, it is usually done by accountants. The accountants, therefore, are responsible for the confidentiality of their client’s financial records. It is important to keep these financial records a secret as to not let the competition get ahead of accountant’s client. It is in the accountant’s main interest to not break the trust between them and their client. You may also see Legal Confidentiality Agreement Templates 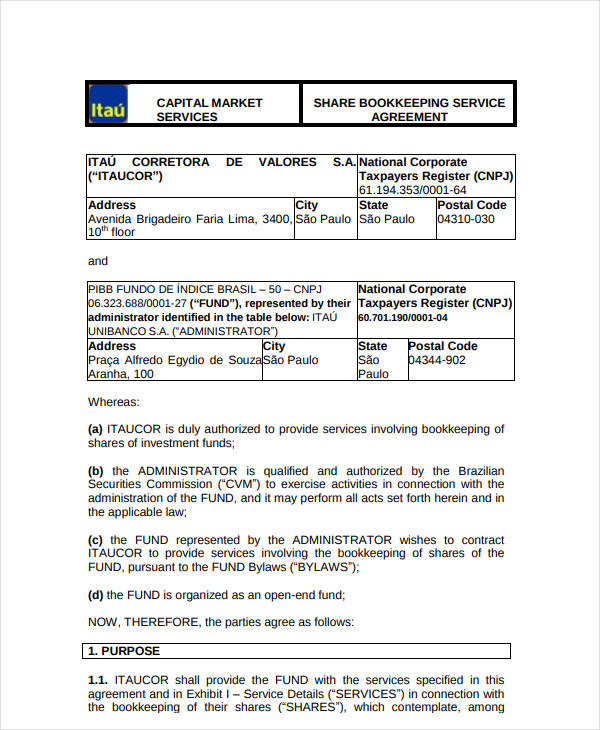 Now, running a business, is usually like playing cards, if one entity shows his cards at an inopportune time, then he could very well be at a disadvantage. In the interest of protecting companies with whom this information is shared with such disadvantages, non-disclosure agreements are issued. Non-disclosure agreements have long been a legal framework to maintain trust and prevent information from leaking out where it could destroy opportunities for the company.

Non-disclosure agreement samples can also be issued to outside consultants that a company hires for the very same reason. Event he employees of the company can b asked to sign an NDA when working on a new project that has not yet been made public, especially if public disclosure and leakage could damage the value of the project and the company as a whole.

Some of the documents that may require NDAs include: 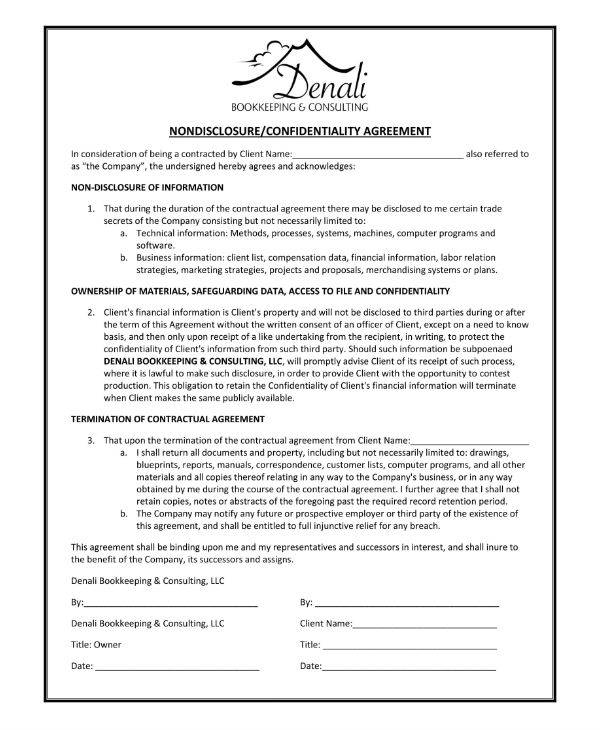 Depending on what kind of agreement the concerned parties will have, the type of non-disclosure agreement that will be filed will also change. The type of non-disclosure agreement that will often be presented will be based on the relationship between these parties. There are usually two types of NDAs that can be served between two parties, the unilateral NDA and the bilateral NDA. If, however, three or more parties will be involved in the agreement, then the job usually goes to the multilateral NDA. You may also see Word Non Disclosure Agreement Templates

A unilateral agreement is a kind of NDA between two parties where only one party is agreeing not to disclose the other party’s confidential or proprietary information to the general public or other third party companies. Agreement templates are usually done by two parties. In the case of the unilateral agreement, these parties are separated as the disclosing party and the receiving party.

It is the receiving party that is asked to not disclose any information lest they break the NDA. The information, for whatever reason, should always be protected, Therefore, it is the receiving party’s responsibilty to everything in their power to maintain the secrecy necessary to satisfy patent laws or legal protection for trade secrets, limit information disclosure before official statements and major announcements in press releases, and ensure that they do not use the information without compensating the disclosing party. A unilateral agreement is also referred to as a one-way NDA.

When both the disclosing party and the receiving party want to agree to not disclose any information until the necessary time, they will often use the bilateral NDA. As stated, the bilateral NDA is a type of NDA imposed when two parties both anticipate disclosing information that each intends to protect from further disclosure. This type of NDA is usually used when two companies are anticipating a merger or want to go to a joint venture.

Most companies usually opt for a bilateral NDA when presented with a unilateral NDA as to make the provisions more fair and balanced. This is because of the possibility that the receiving party might become a disclosing party or vice versa. The bilateral NDA is also referred to as a mutual NDA in various circles. You may also see Mutual Non-Disclosure Agreement Templates.

However, a multilateral non-disclosure agreement might be more difficult to set-up as it will need more complex discussions and negotiations before the parties involved can reach a unanimous agreement. You may also see Restaurant Non-Disclosure Agreement Templates 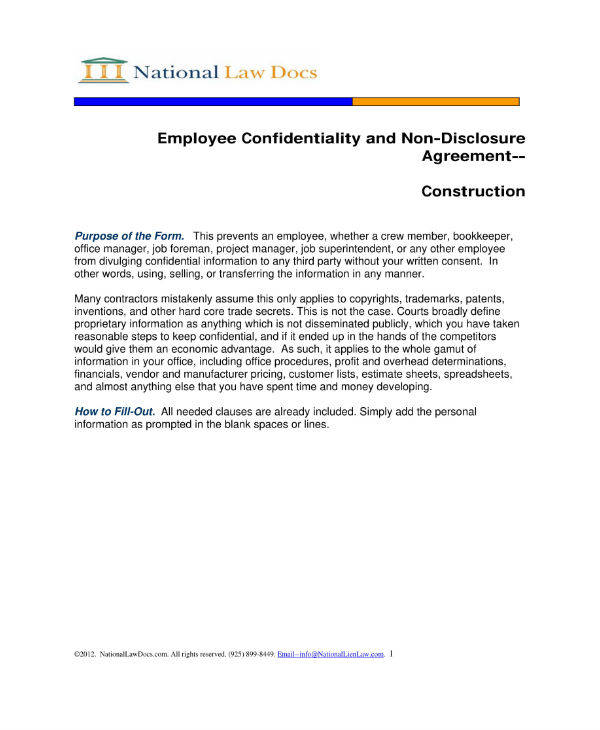 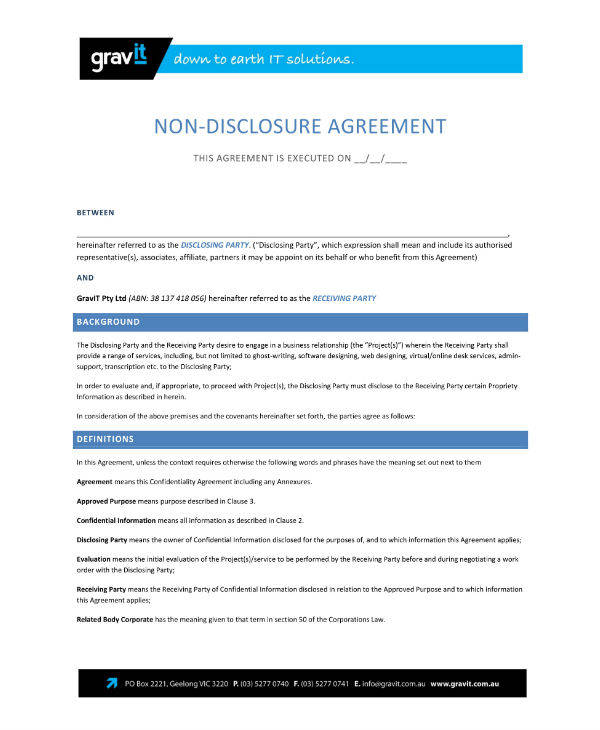 Elements of a Non-disclosure Agreement

As daunting ad intimidating as they sound, non-disclosure agreements do not have to be long and complicated. In most cases, they will not run more than a few pages long. As long as you write your non-disclosure agreement in a clear and concise manner that covers everything you need to cover then you are good to go. You may also see Generic Confidentiality Agreement Templates

1. Identification of the Agreeing Parties

You cannot begin a non-disclosure agreement without first identifying which parties are involved in the agreement. The parties to the agreement are usually straightforward description that begins the contract. In the case of a unilateral agreement, the roles of the parties should be emphasized heavily and be made clear to all.

The disclosing party should be described as the disclosing party and the receiving party should be called either as the receiving party, or simply the recipient. Take note that if the recipient party anticipates showing the information to a related or affiliated party, those parties should also be part of, or identified and defined in the agreement. You may also check out here Free Non Disclosure Agreement Form Templates.

2. Definition of what is Deemed Confidential

Furthermore, it can be impossible especially if the said information is widely known. That being said, the defining party should make sure that there will be no loopholes found in their definition of the sensitive information. You may also see Confidential Disclosure Agreement Templates

3. The Scope of Confidentiality

A non-disclosure agreement usually contains a two-part responsibility for the receiving party. The first part is the responsibility of the recipient to keep the confidential information a secret. This usually means that that party has to take reasonable steps to not let others have access to the information.

The second part is the responsibility of the recipient to not use the disclosed information themselves. Just as the disclosing party does not want third parties to use their information for their own gain, they also do not want the recipient party to do so, especially if they still have not entered into an official relationship.

The NDA should be broad and clear enough as to cover all loopholes in the agreement that can be prone to exploitation. If the scope if the NDA is broad enough to cover any possible loopholes, they can sue for damages and stop the recipient from breaching either their confidentiality obligations or their non-use agreement. You may also check out here Basic Confidentiality Agreement Templates

In every rule, there will always be an exclusion. In the NDA, these exclusions are used to address the situations that would be too unfair for the other side to keep confidential. Not all secrets, after all, will remain a secret.

There is really no proper defined timeframe of how long the non-disclosure agreement can be. This duration will usually depend on the kind of information defined in the agreement. Sometimes, the information will be disclosed to the public after a few years.

Other times, the information is a trade secret that must never be disclosed (like the eleven herbs and spices of KFC or the Krabby Patty formula). Some information can just be too burdensome for the recipient to hold and as such the timeframe as to when the NDA is effective should be put in place. You may also see Sample Agreement Templates. 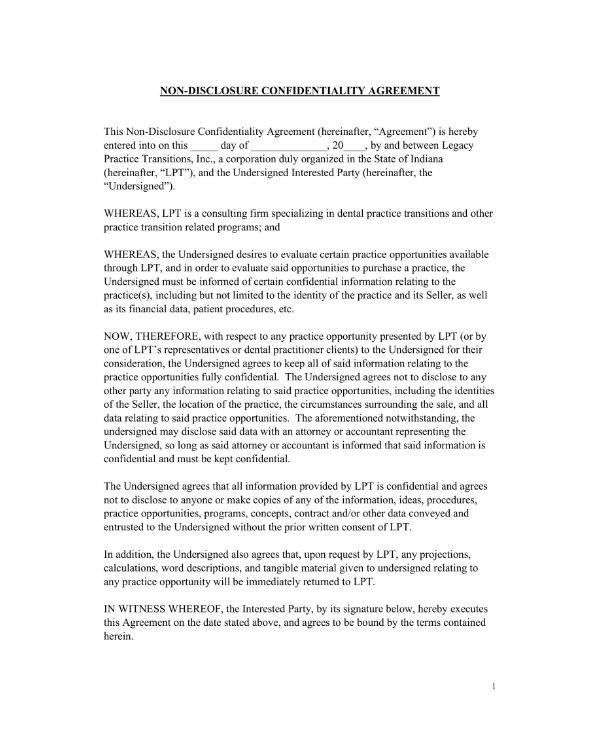 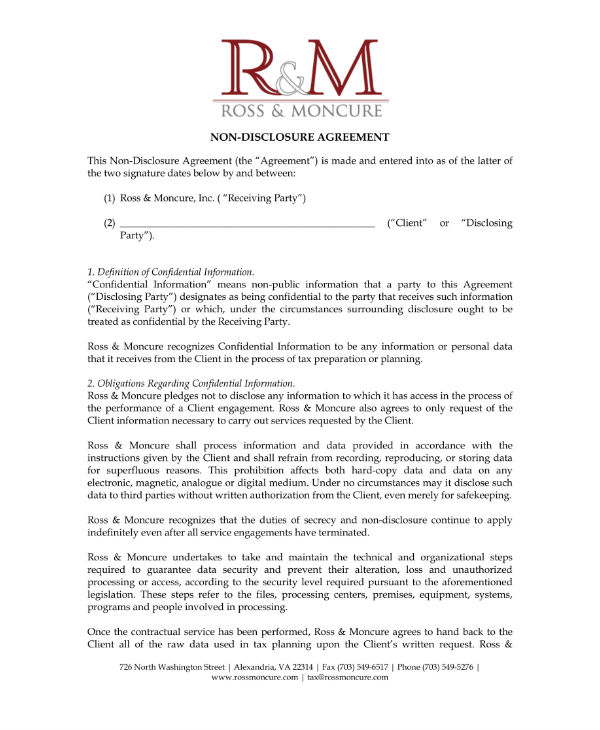 An NDA is an important document and agreement that two or more parties can get into. These agreements are usually created to protect one party from having sensitive information disclosed that could result in them losing any competitive advantage.

It is important for an NDA to be followed to avoid any legal disputes. It is also important that an NDA be airtight to avoid loopholes that can be exploited by the other party. You may also see Personal Confidentiality Agreement Templates.