A deal memo is similar to an agreement made by the parties involved concerning a matter in movie making. This is mostly happens in movie or entertainment industry which is a form of negotiations of the cast and people involved in making a particular project or show. You may also see Sample Memo Templates. 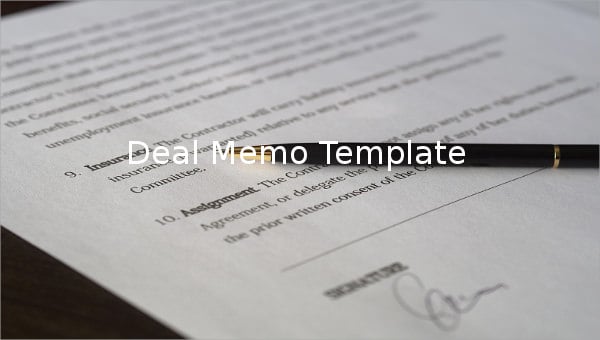 Making a deal memo requires you to have a background knowledge on what to state. This can be found from the samples shown in Professional Memo Template. There are samples to choose from the Memo Template online for free. These samples are readymade but you can modify some changes including the content according to your needs and preferences. Such samples are downloadable, editable in Word, Excel or PDF format. 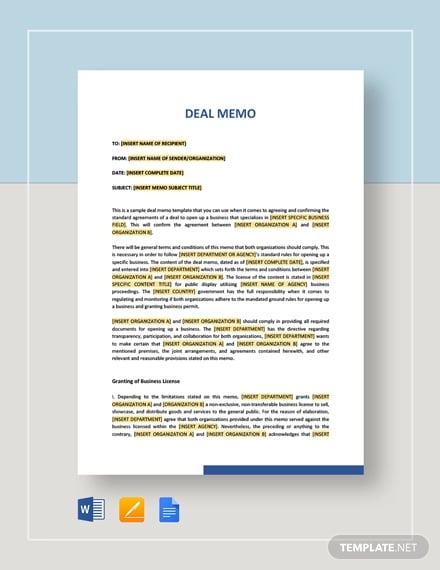 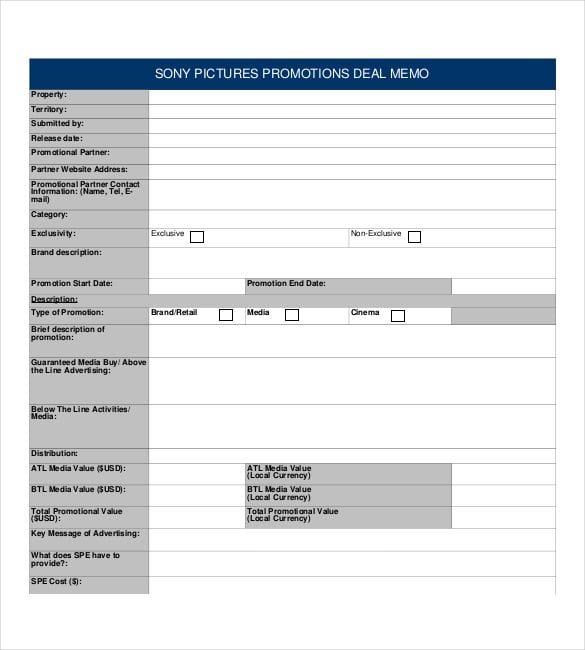 wikileaks.org | If you’re making a deal of some sort, you’re also required to create a promotional for the deal. For that, you may use this deal memo template. This template has been designed by professionals and would perfectly suit your needs. 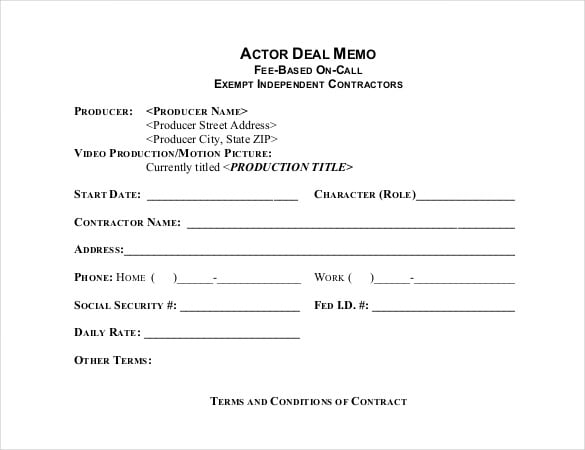 rascov.com | When an actor is signed on for a role somewhere, he or she must sign a deal. Such a deal can be created in the form of a memo, as displayed in the template. Details about the actor, including his social security number, are also mentioned in the template. 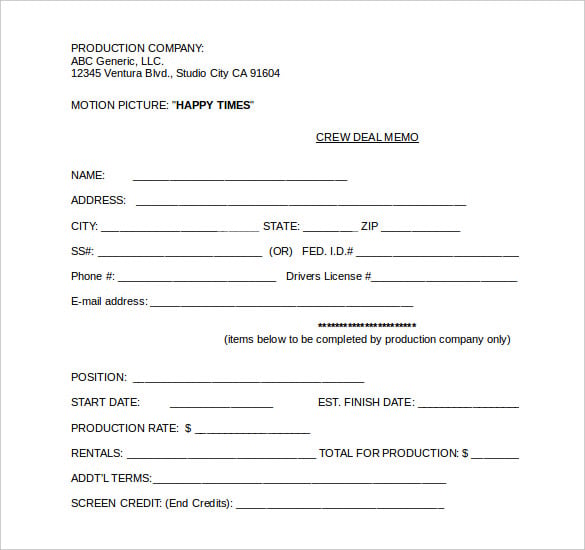 filmmakersalliance.org | If you need to get some work done, you might need the help of a large crew. To sign them up, you could use a memo that sums up the main points. That would also be the official deal for them. In order to create it, you could take the help of this wonderful deal memo template.

Memo Template for Deal Between Emplyee and Comany 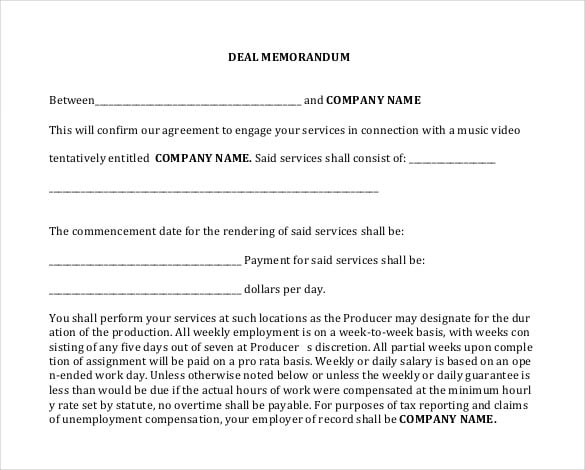 indiegroundfilms.files.wordpress.com | When an employee is hired or is assigned a particular task, he or she must be given a deal by the company. This deal can be in the form of a memo. If you’re creating such a deal, you could use this deal memo template to do so. 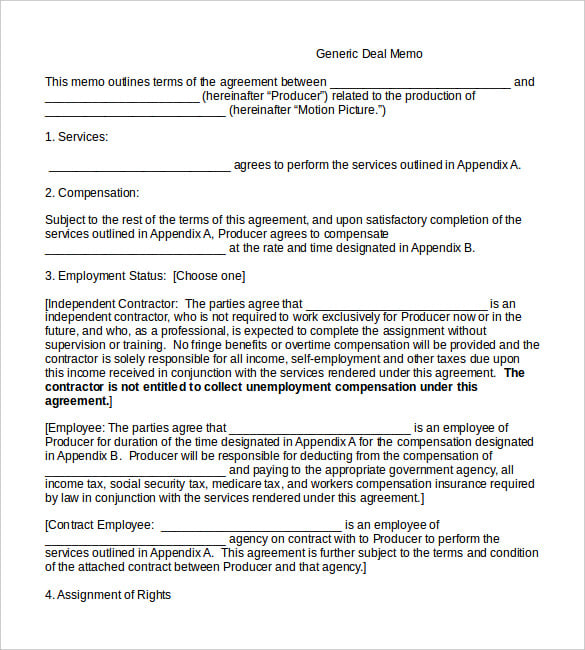 darlenecypser.com | This generic deal memo template could prove to be of immense use to you. All the details have already been provided in the template, you just have to download it and edit it. This would certainly make your job much easier for you. 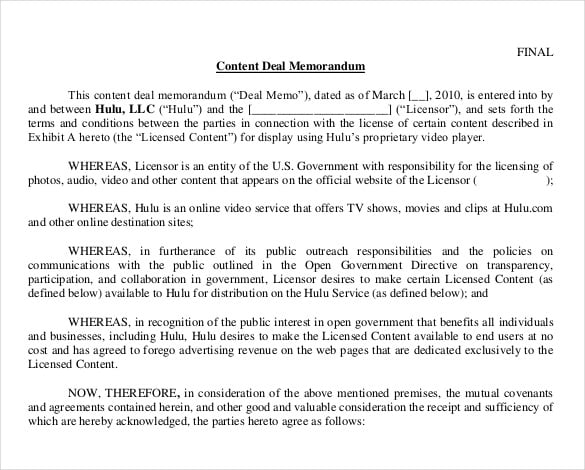 digitalgov.gov | According to the law, people are entitled to their original content. This deal memo template takes into account all the legs aspects before mentioning any statements. All the content of the template has a formal tone that is sure to be appreciated.

Deal Memo Template for a Film and Television Product 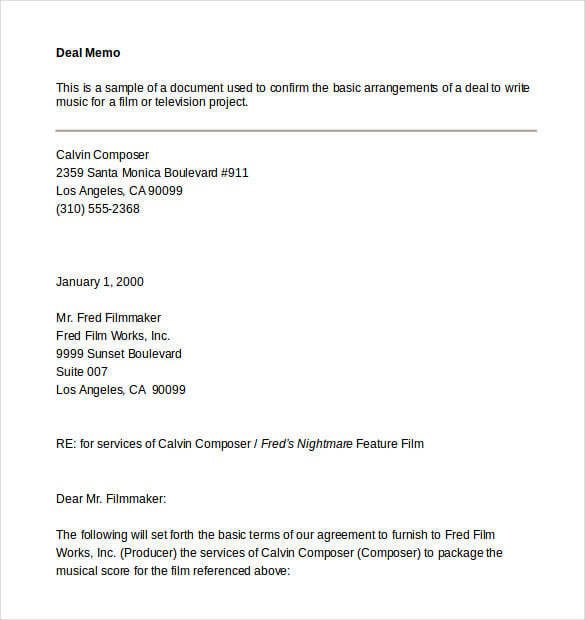 hdqtrz.com | In the showbiz world, deals are a must if one wants to retain copyright or ownership of his works. If you’re in a tough position, you could help yourself out of this mess by using this neat and well designed deal memo template. 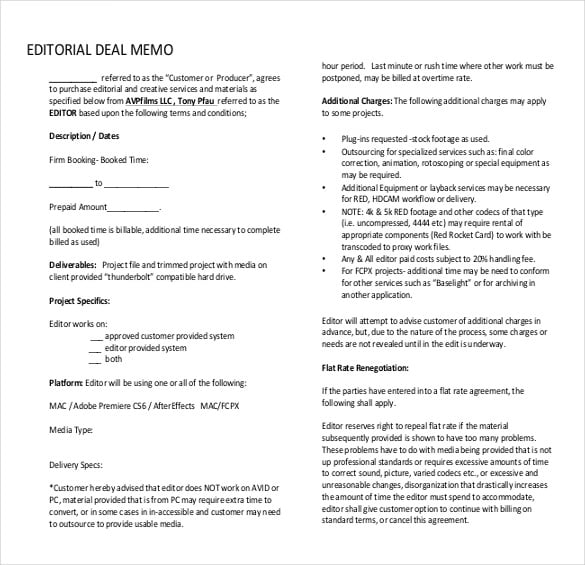 avpfilms.net | An editorial is usually a well written, formal, professional and opinionated piece. If you’re planning to draw up a deal for an editorial, you could make your job easier by using this editorial deal memo template. All you have to do is download it! 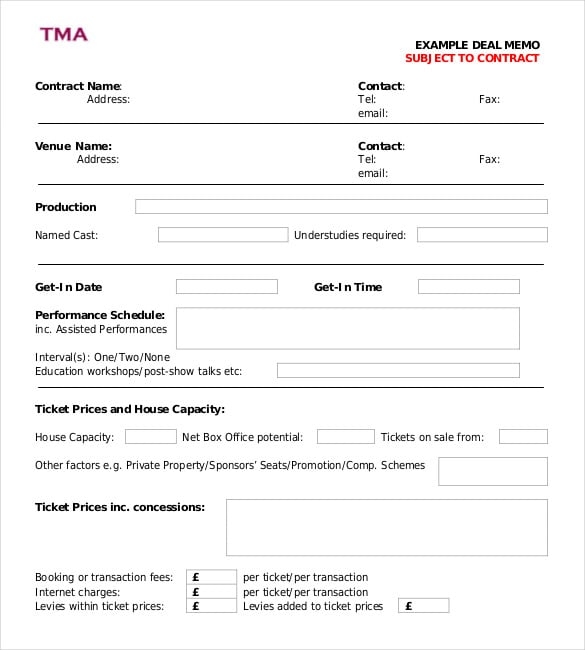 uktheatre.org | Contracts and deals are often signed between two or more companies. These contracts are legally binding on all the parties involved. If you’re planning to draw up such a contract, you can take the help of this great contract memo template. 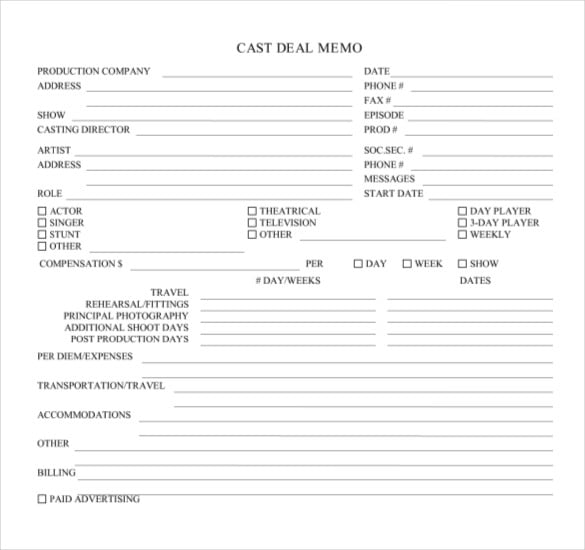 filmcontracts.net | While casting for a film, deals have to be signed by the film directors for the actors. In order to sign this deal, such a memo template can be used. It would be the perfect option for you, since it is neat and well designed.