5 Steps to Create the Retirement Memo

You must add to the recipient’s name in the memo. It must be added at the beginning of the memo according to the format. The format of the memo and letter are different.

Step 2: Add Subject to it

Then add the subject after writing the recipient name. You must follow the format of the memorandum while writing it.

You must add on the enlisted demand and the aims in the memos. It must have important policies and points in it. The important points are announced by the authority to the lower ordinates.

Then review the memo to avoid the mistakes and the errors. There might be errors in a memo in case of mentioning the points and clauses that are important.

Then add the signature of authorized one at the bottom of the memo. So, that it can be made official and formal in nature. The memo is used in a formal manner. 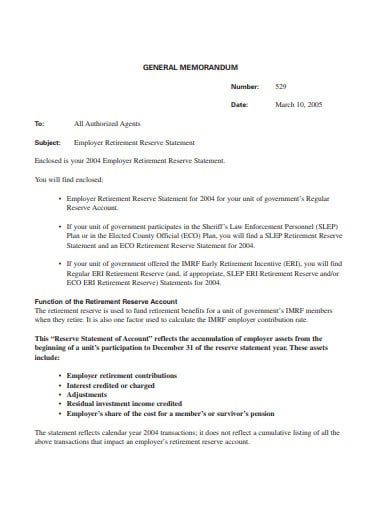 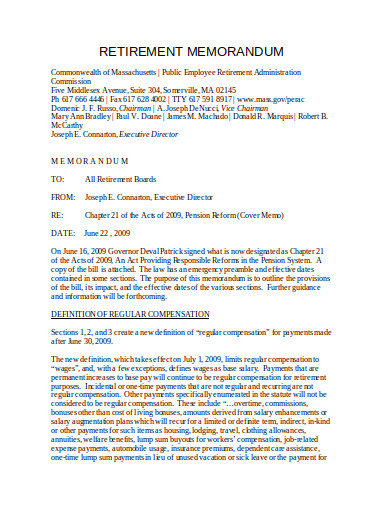 The employee retirement memo is written to the member of the retirement committee. The letter is for conveying the information or announcing something. It is the term of the contract or the transactions. When you think of writing the memo to the office. You present in it your aimed policies, terms, etc. When things need to be done officially then you present the memo before everybody. Download the memo to announce the policies and aims with authorization. Download the memo in word template for the official use of it. 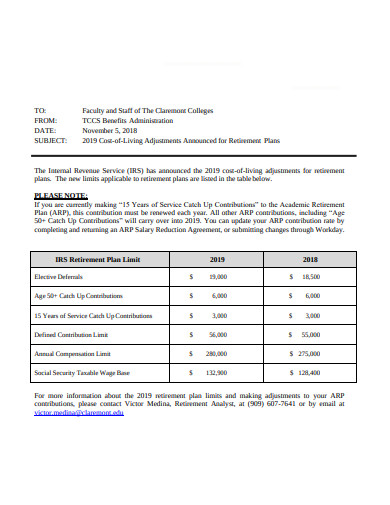 The higher authority or the retirement committee give the memo to all. This is to record and relay the information. And after that, the big appeals are made. The staff memo is to announce before the employee something important. The writing of the memo is less time consuming than the letter. As this covers all the important things in it. Whenever you think of writing a memo officially take the help of a staff retirement memo. Download it. 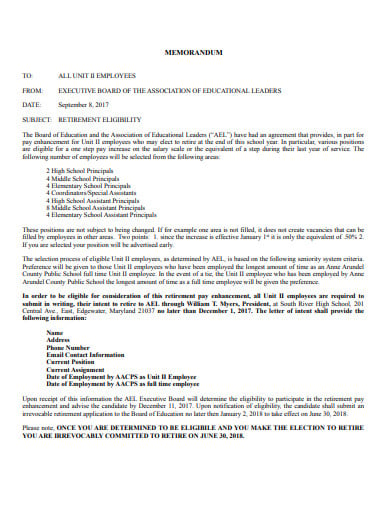 When you think of announcing something important related to retirement. Then writing this in the memorandum will be more effective in nature. When you write a memo then you write the policies and points in bullets. In the letter, you write in an elaborative manner. But while writing the memo, you write direct. When you write about the retirement policies to staff then it is better to make an employee memo. So, download the memo template for such cases. 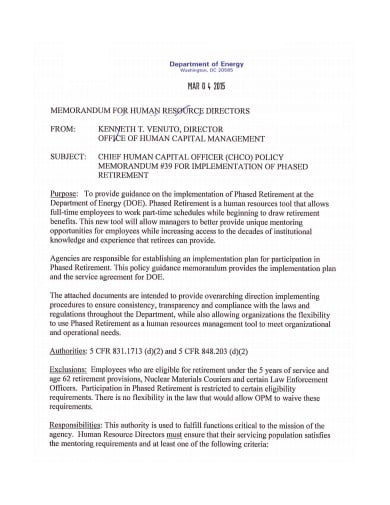 The office authority presents the memo containing the important info in it. There are the higher authorities that announce the changes and policies to the subordinates. When you write the memo you directly mention the importance of brief. The memo written for retirement is to be forwarded by the committee. To make the communication among the staff in a better way memo is important to give. Download the retirement memo template for official and use it for retirement purposes. 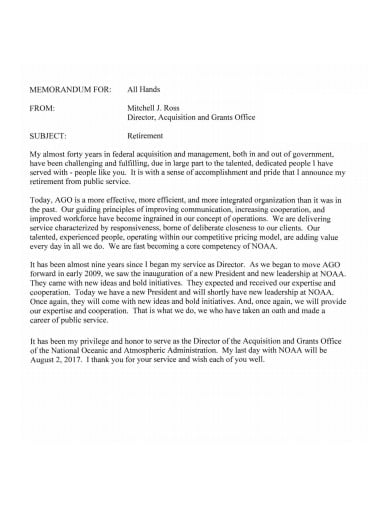 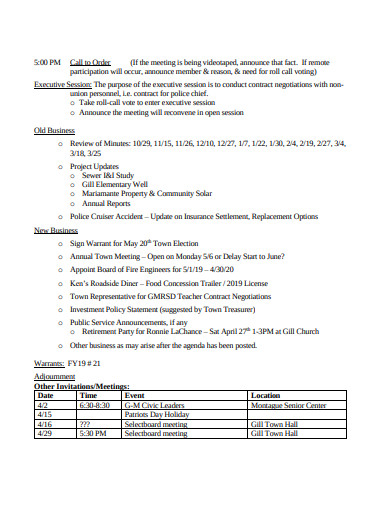 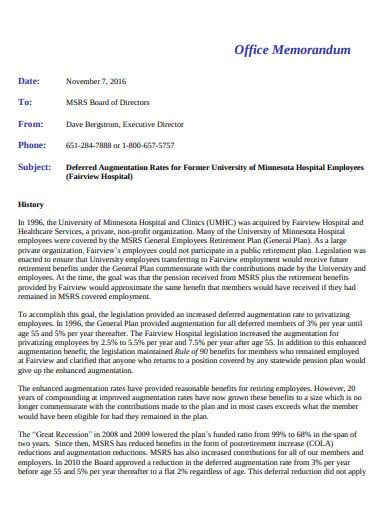 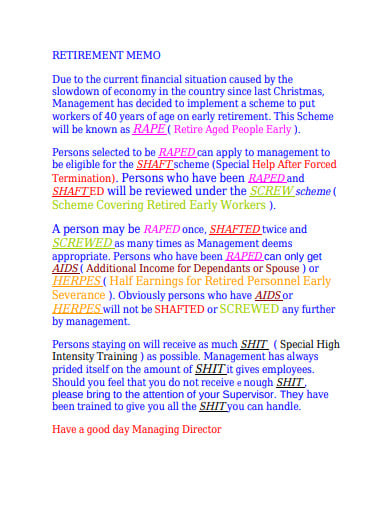